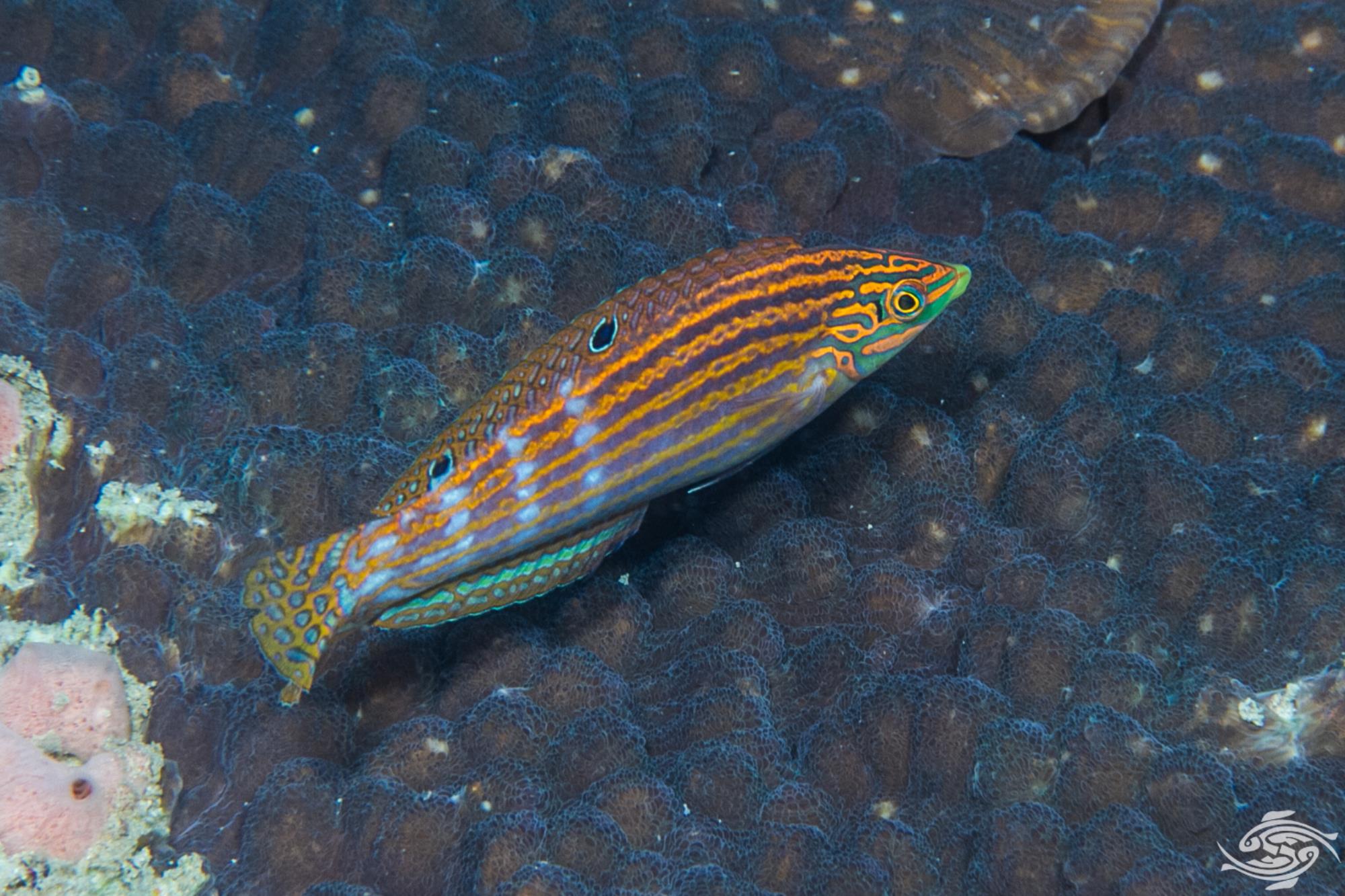 The Adorned Wrasse (Halichoeres cosmetus) is also known as the Cosmetic wrasse. They are small colourful fast moving wrasses that are common on the reefs and surrounding areas in Tanzania. As with all the Halichoeres species, they are protogynous hermaphrodites. This means they are all born female and at some point in their lives have the ability to change to males.

There is considerable variation in these patterns. As the fish ages so three blue vertical bars made of broken lines develop across the rear of the body.  Terminal males are slightly larger and have no eye spots.  The terminal males tend to be more colourful than the females as can be seen in the image below. All in all they are a very attractive looking fish.  They grow up to 12 cm. 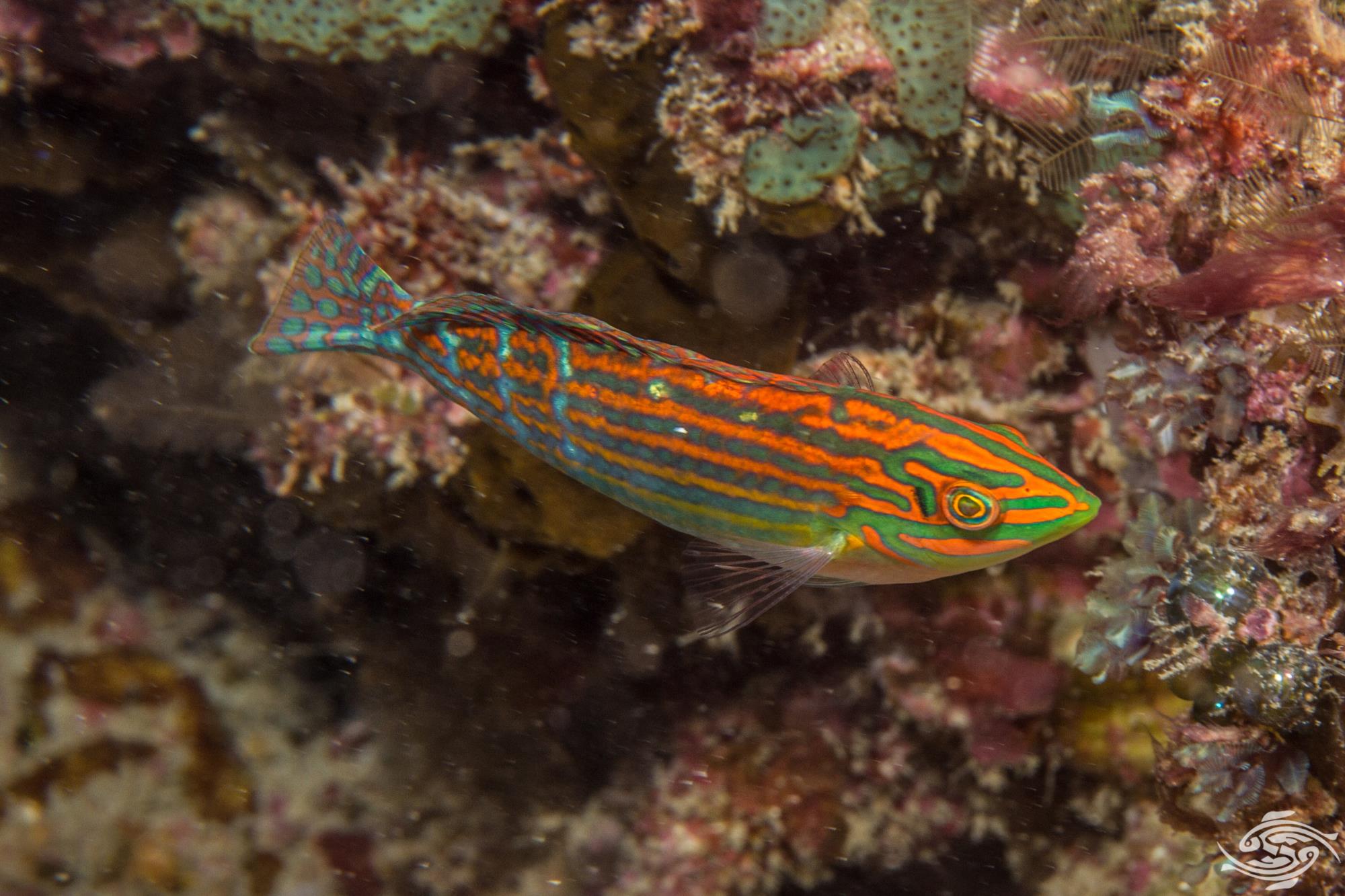 The Adorned Wrasse is fairly common in Tanzanian waters, both on reefs themselves and on surrounding rubble. The juveniles and females are often seen swimming together in groups of two or three and they will often stick around groups of goatfish and other wrasses such as the Divided wrasse. The males are usually seen solitary often moving around  the groups of females and are not that commonly seen. 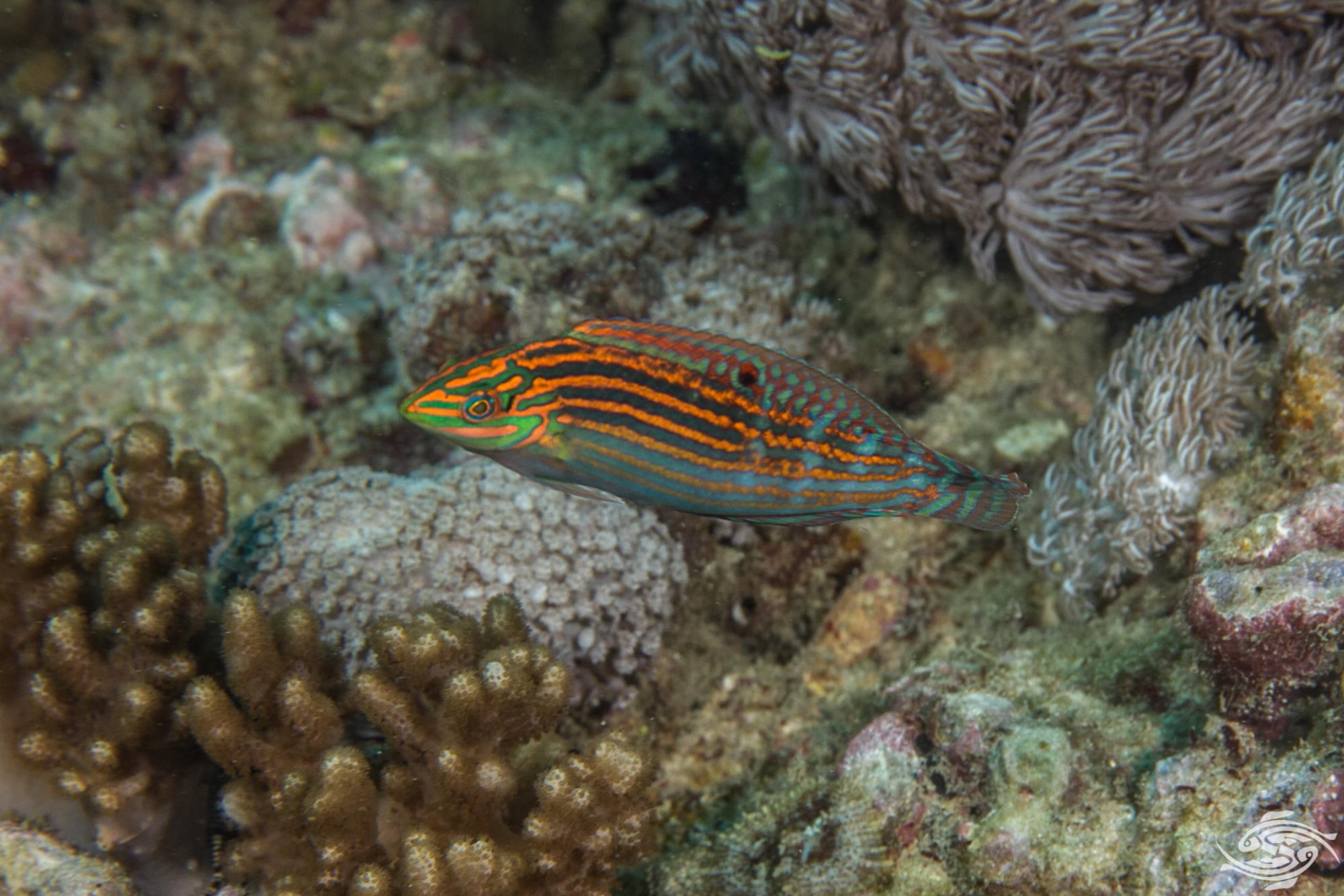 The Adorned Wrasse is found across the western Indian Ocean down to southern Kwa-Zulu Natal. They mainly prefer the rubble and sandy areas between corals and tend to swim low close to the bottom. They are seen in the 2 to 5 meter range but seem more common around the 12 to 20 meter range. 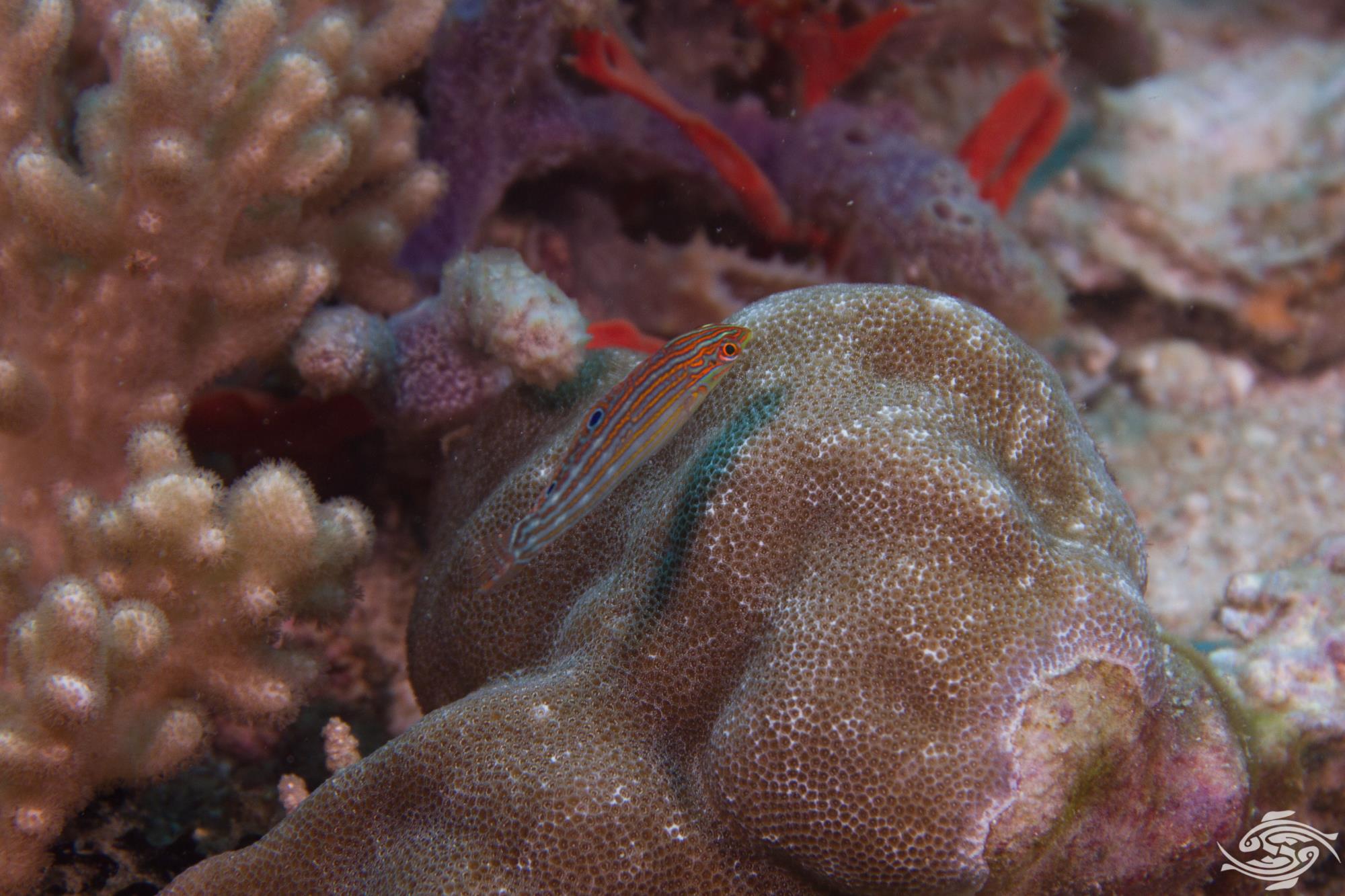 The Adorned Wrasse feed on small crustaceans and move around the reef feeding with other Wrasses and Goatfish. 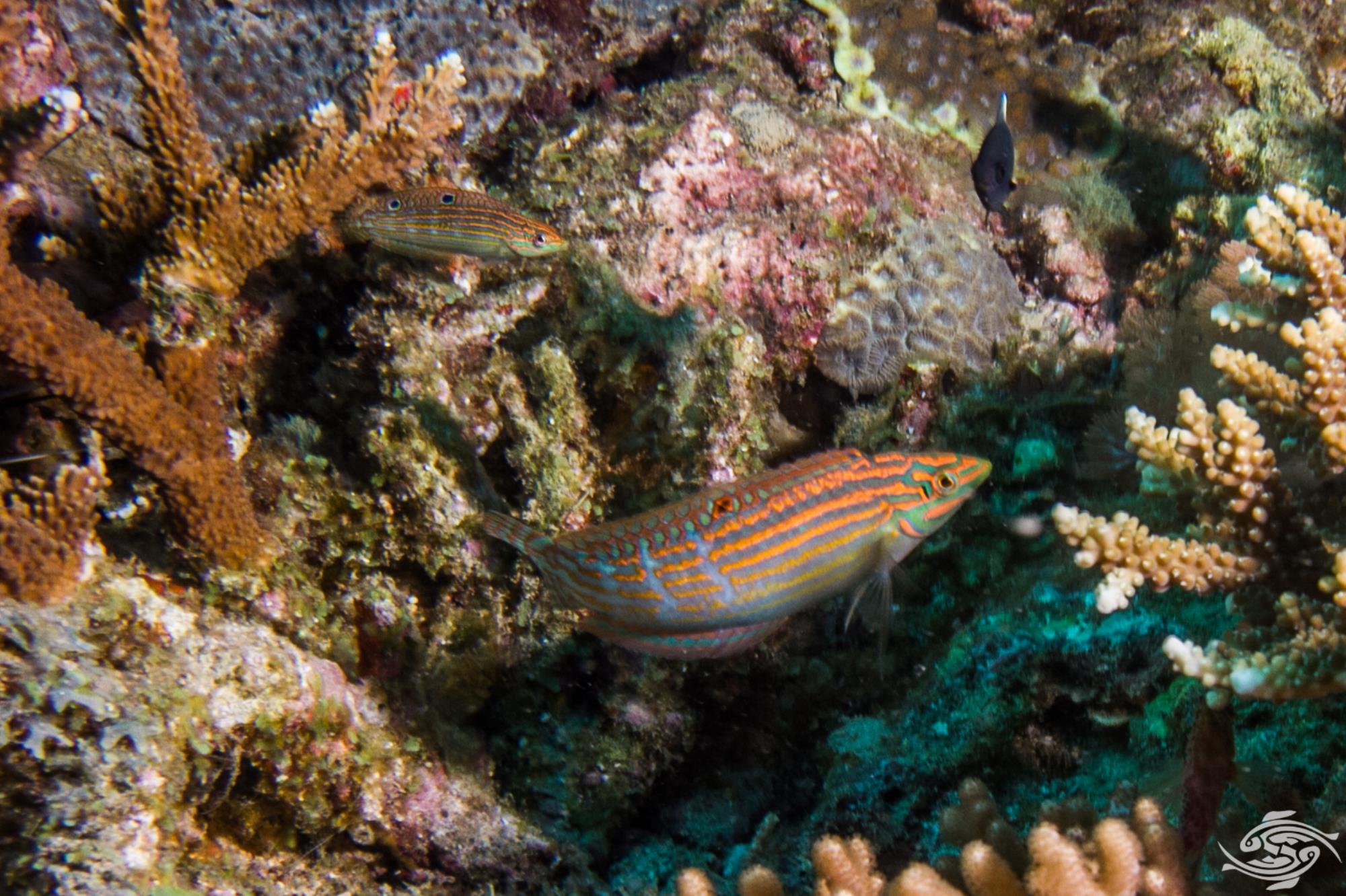 The aggregations of females in spring are thought to be mating related. Males have harems of females 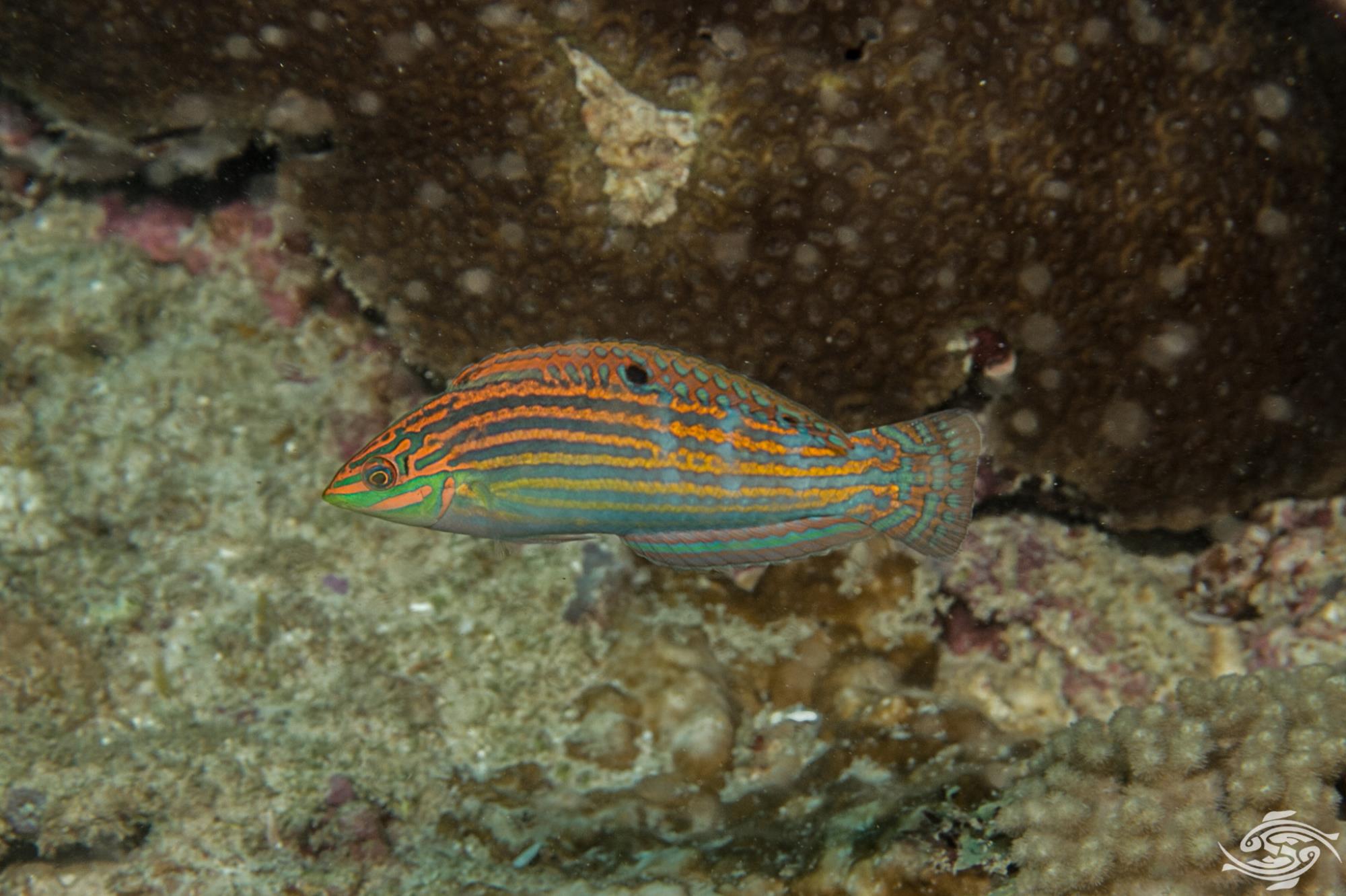 Adorned Wrasse are kept in aquariums. As with many wrasse they will bury themselves in the sand when threatened and will only emerge once they are comfortable. They are active fish and a long tank with hiding spots and sand would suit them best. Some aquarists maintain that they are not as aggressive as other Halichoeres wrasses. They will not be reef safe and could pick on shrimp and corals. A sister species  Halichoeres melanarus has been bred in captivity.