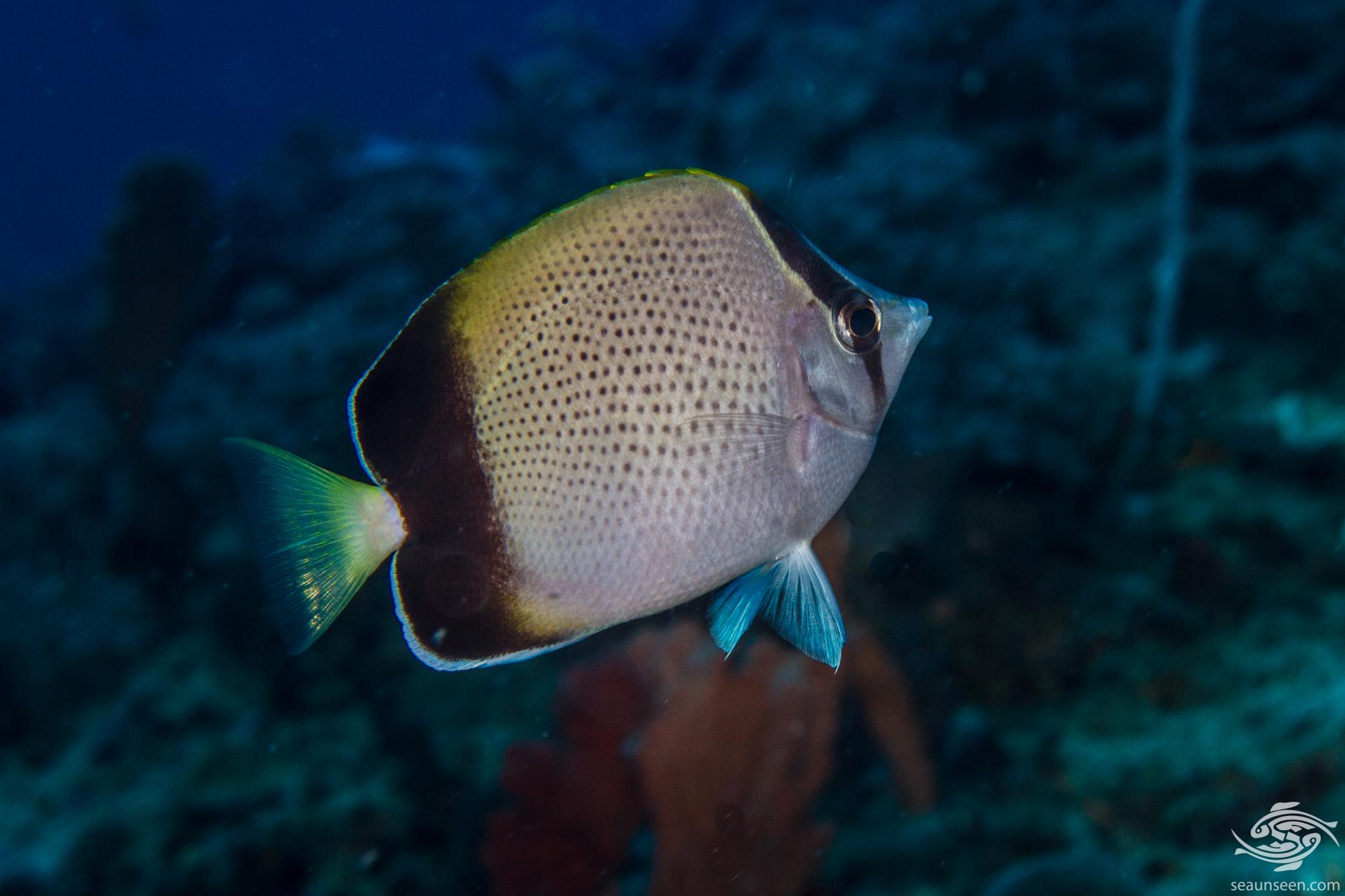 The African Butterflyfish Chaetodon dolosus is also known as the , Blackedged Butterflyfish.  Being primarily found quite deep they are not commonly seen on recreational dives although occasionally they do move into shallower water.

The body of the African butterflyfish is a typical butterflyfish shape, laterally compressed and oval with a pointed nose. The main body color is silver/white with lines of small black dots across the body. On the upper dorsal area there is a yellow tint on some angles of view. A black horizontal bar runs through the eye narrowing as it goes down the body. The caudal area is black and the caudal fin is a translucent yellow colour. The juvenile has a black eye spot on the upper caudal area. They have a pointed snout with sharp, narrow teeth and grow to up to 15 cm in length. It is impossible to sex them from their looks. 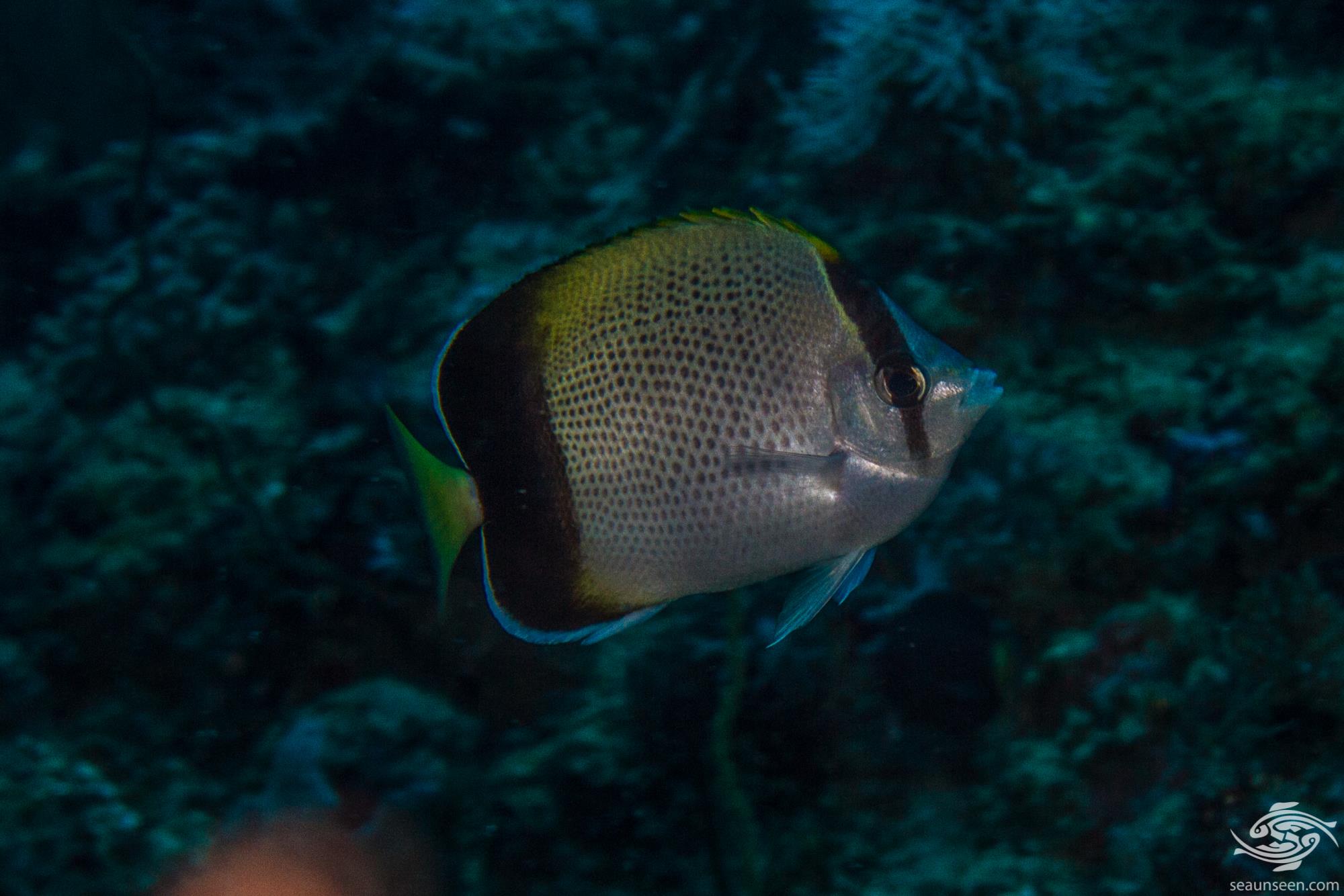 AFRICAN BUTTERFLYFISH IN THE WILD

African Butterflyfish are more often than not seen in pairs or small groups in the wild.  They are usually found from 30 meters downwards to 200 meters and the specimens in the post were photographed at around 28 meters in depth. Because of their preference for deeper waters than the other butterflyfish, very little is known about them and their behaviour.  On rare occasions a single specimen sometimes leaves the deeper water and relocates into the shallows around 12 to 15 meters. These specimens seem to be territorial and are often seen in the same spot for a few weeks. 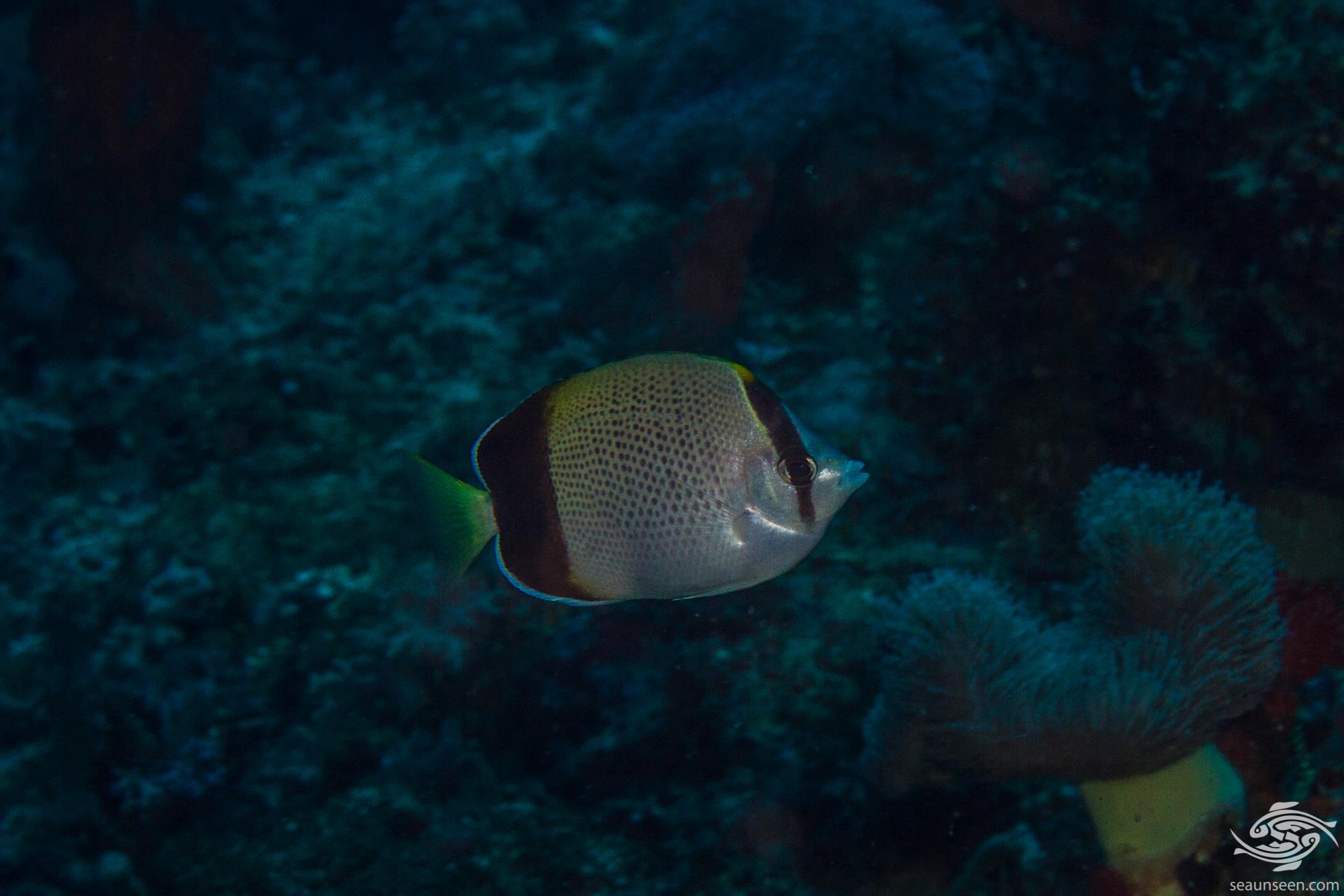 African Butterflyfish are found from South Africa north to Somalia and have been reported in the Seychelles, Reunion, Mauritius and are likely also found in Madagascar.  They are usually found from 30 meters downwards. 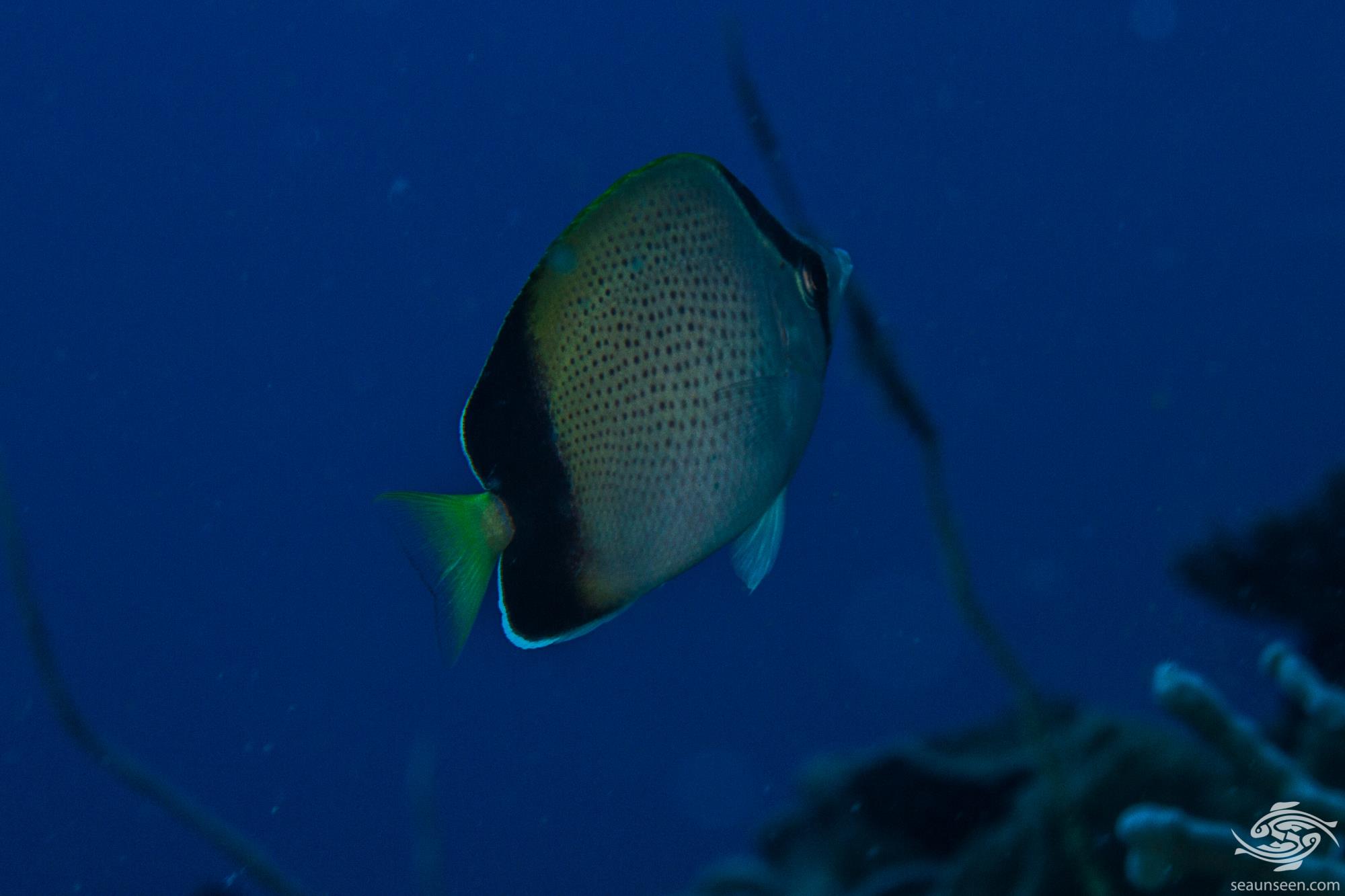 African Butterflyfish are thought to feed on plankton and small crustaceans. 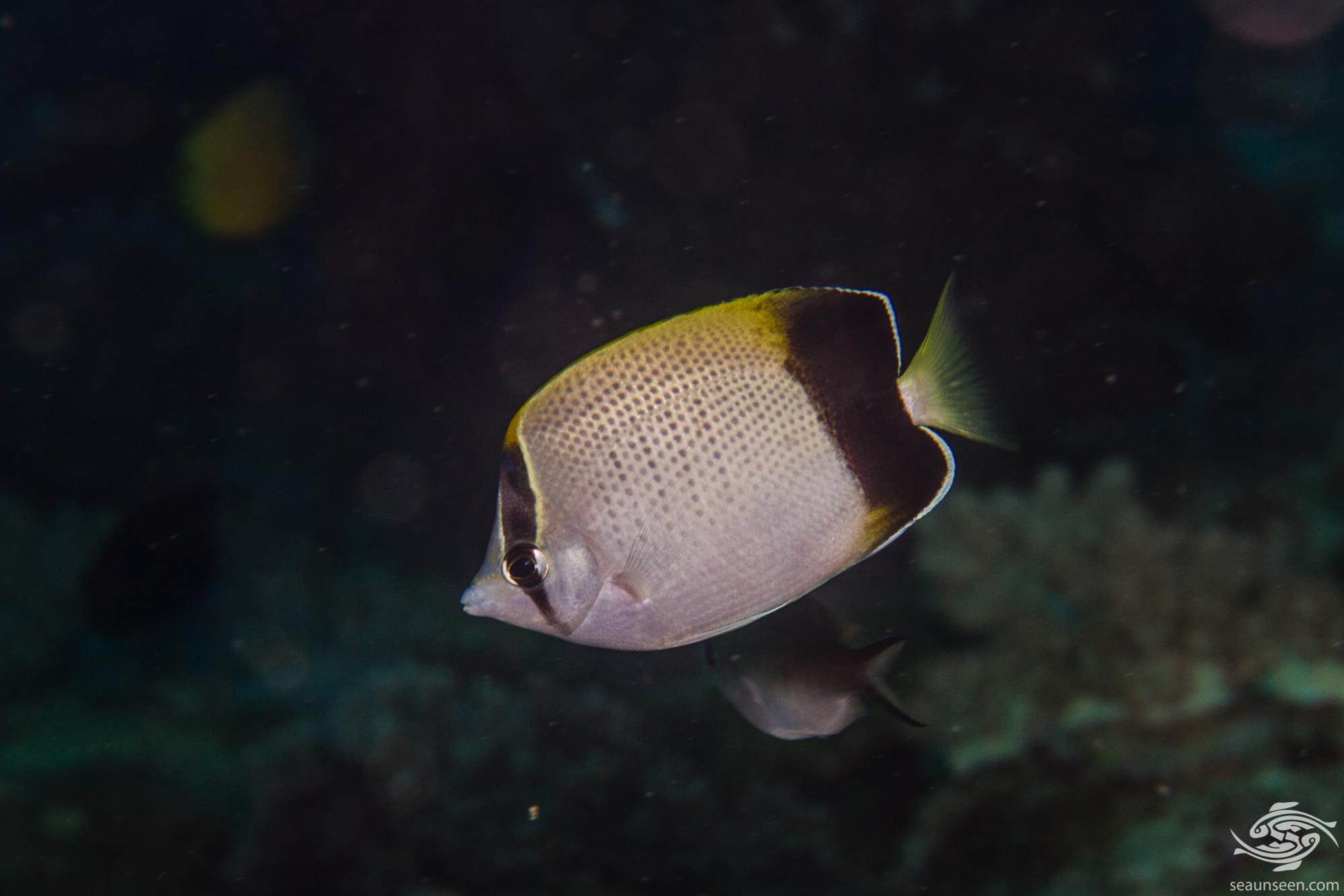 Little is known about the mating habits of the African Butterflyfish. As they are seen in pairs it is assumed that they form monogamous pairs and keep the same mates, although they will find a new mate if one dies. The female swells with eggs and spawning takes place by scattering into the water table with the male fertilizing the eggs. 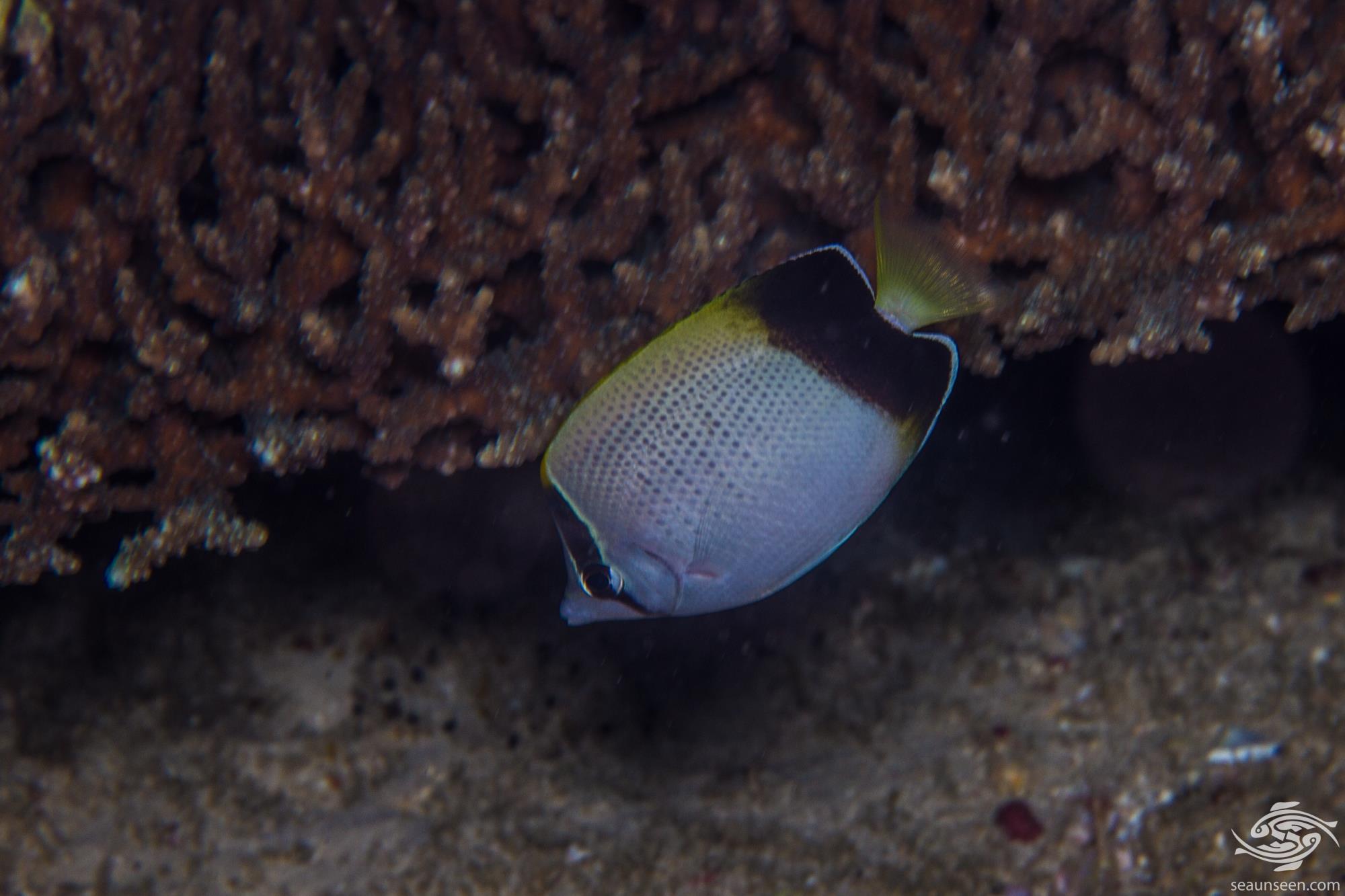 African Butterflyfish are not commonly kept in aquariums, it is difficult to bring fish to the surface safely from 30 or 40 meters and they are also not that attractive looking compared to other butterflyfish.