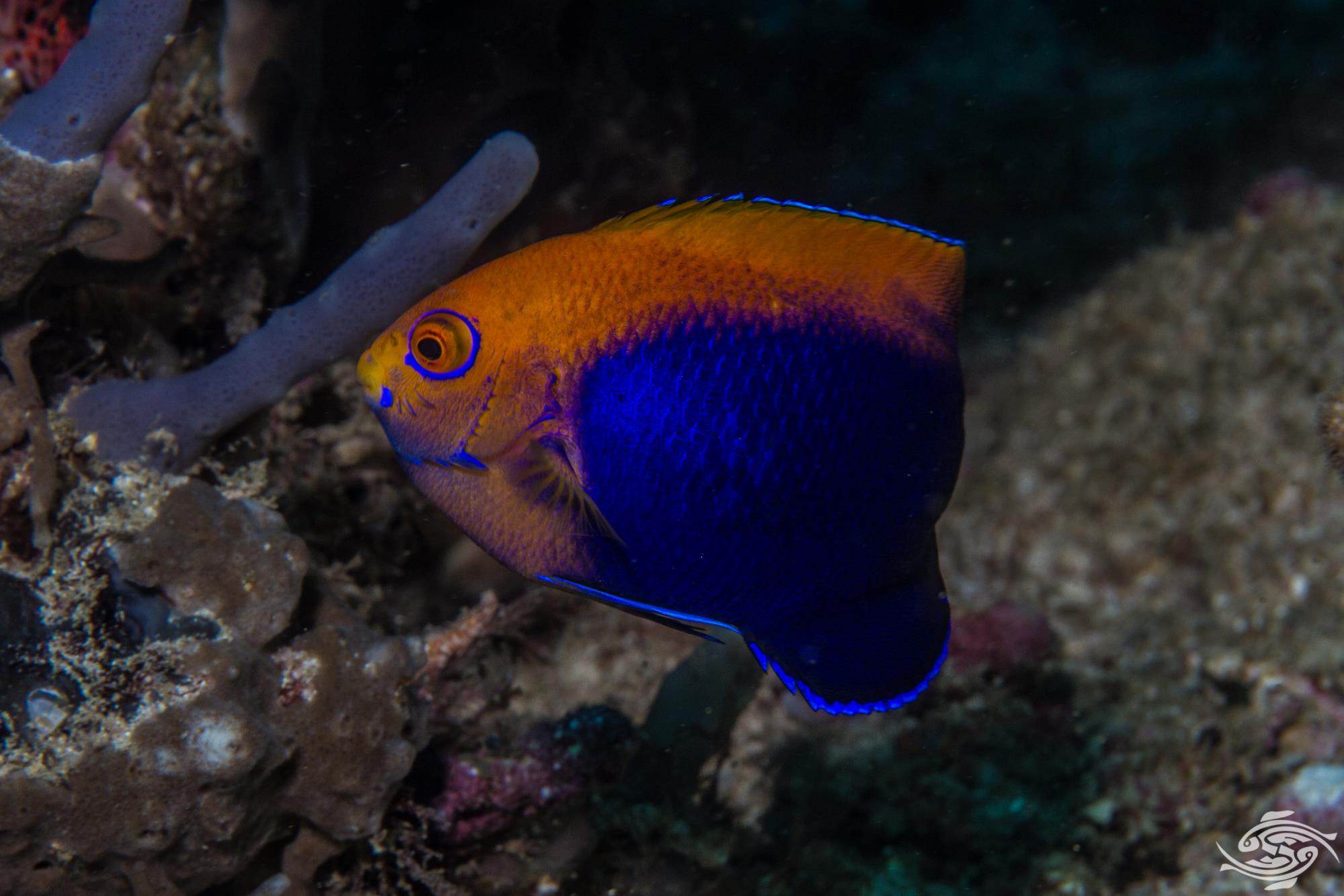 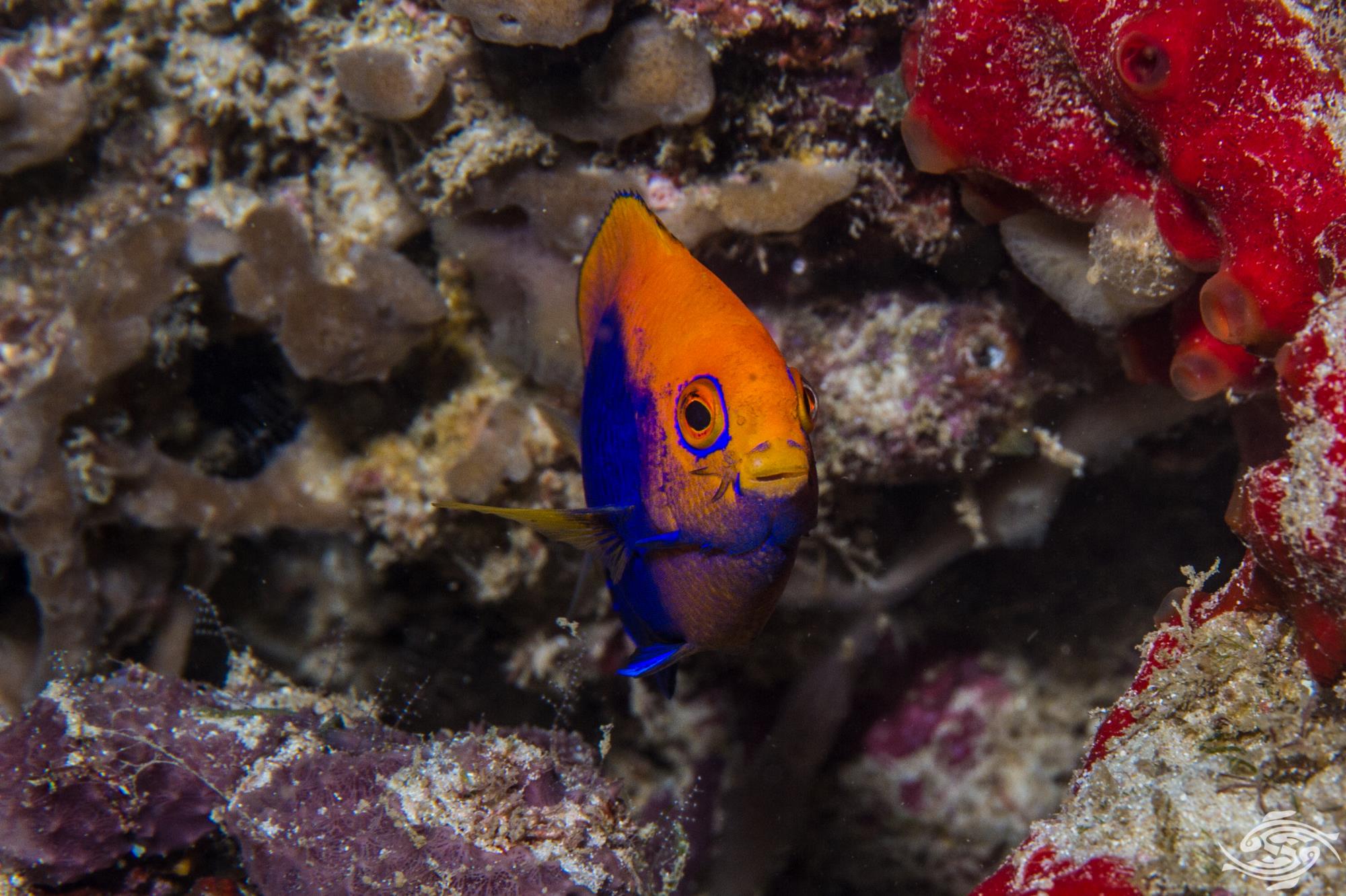 The African Pygmy Angelfish is a stunning looking fish because of the brightly contrasting blue and orange coloration. The front section ahead of the gills extending back on the dorsal section is a bright orange colour. around the eyes there is a blue circle and there are some blue marks on the lower front of the body overlaying the orange. The remainder of the body is a bright iridescent dark blue color. On the pelvic, dorsal and anal fins there is a light blue edge. With the contrast between the bright blue and orange, this makes them one of the standout fishes on a reef. They grow up to 8 cm in length. 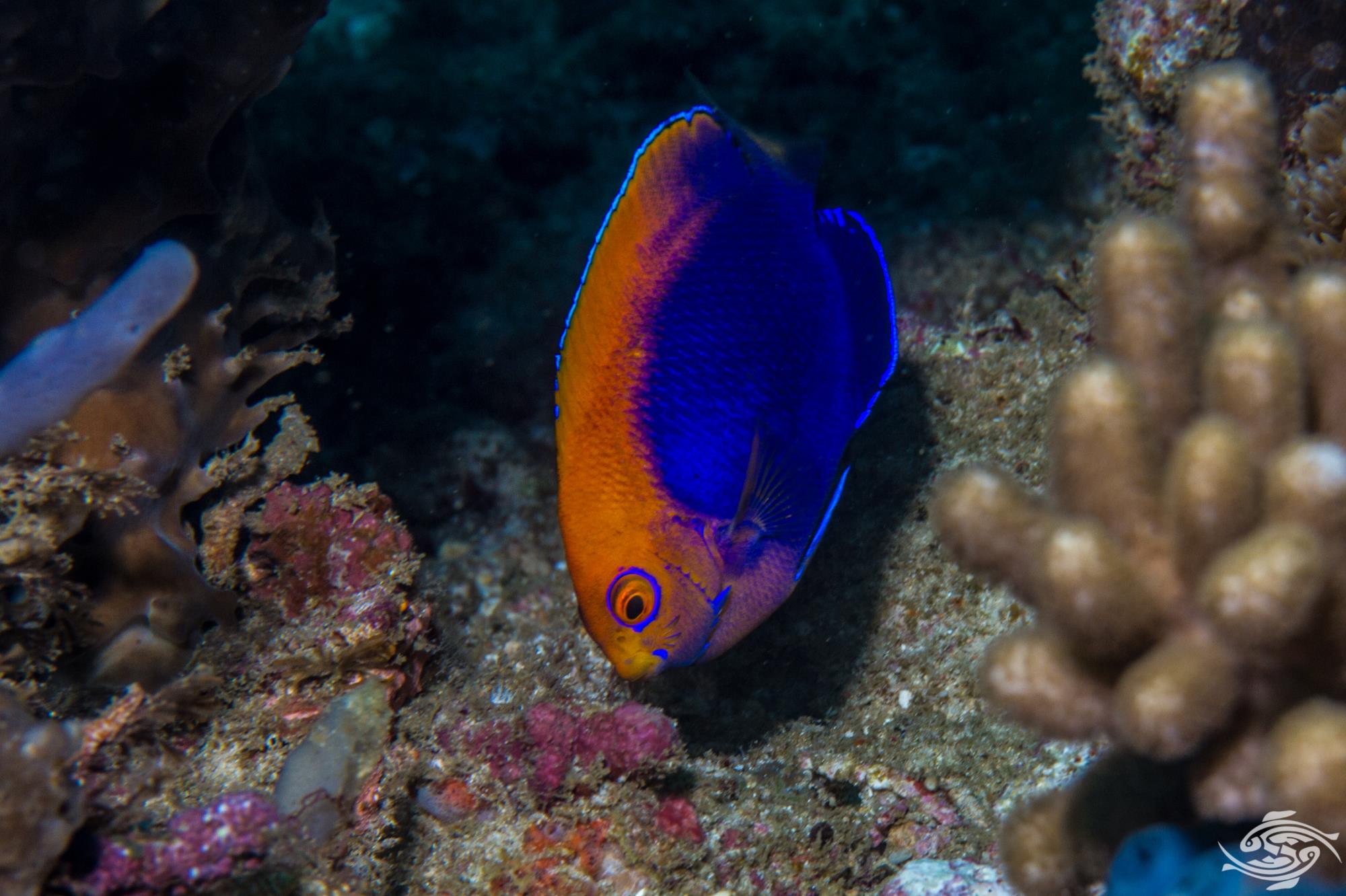 IAFRICAN PYGMY ANGELFISH IN THE WILD

The African Pygmy Angelfish is fairly common on the Tanzanian coast, however they are remarkably cryptic and are quite difficult to photograph well. They head for cover as soon as one approaches them and often do not emerge again for more than a split second. There is some luck involved in getting a good image of these fish. They are usually solitary but in spring and summer they often congregate in groups of eight to ten fish. This is probably breeding related behavior. They obtain their local name of Jumping Bean in South Africa from their habit of almost never staying in one spot for more than a split second. Their movements usually comprise of short darts and one never sees them far from cover. 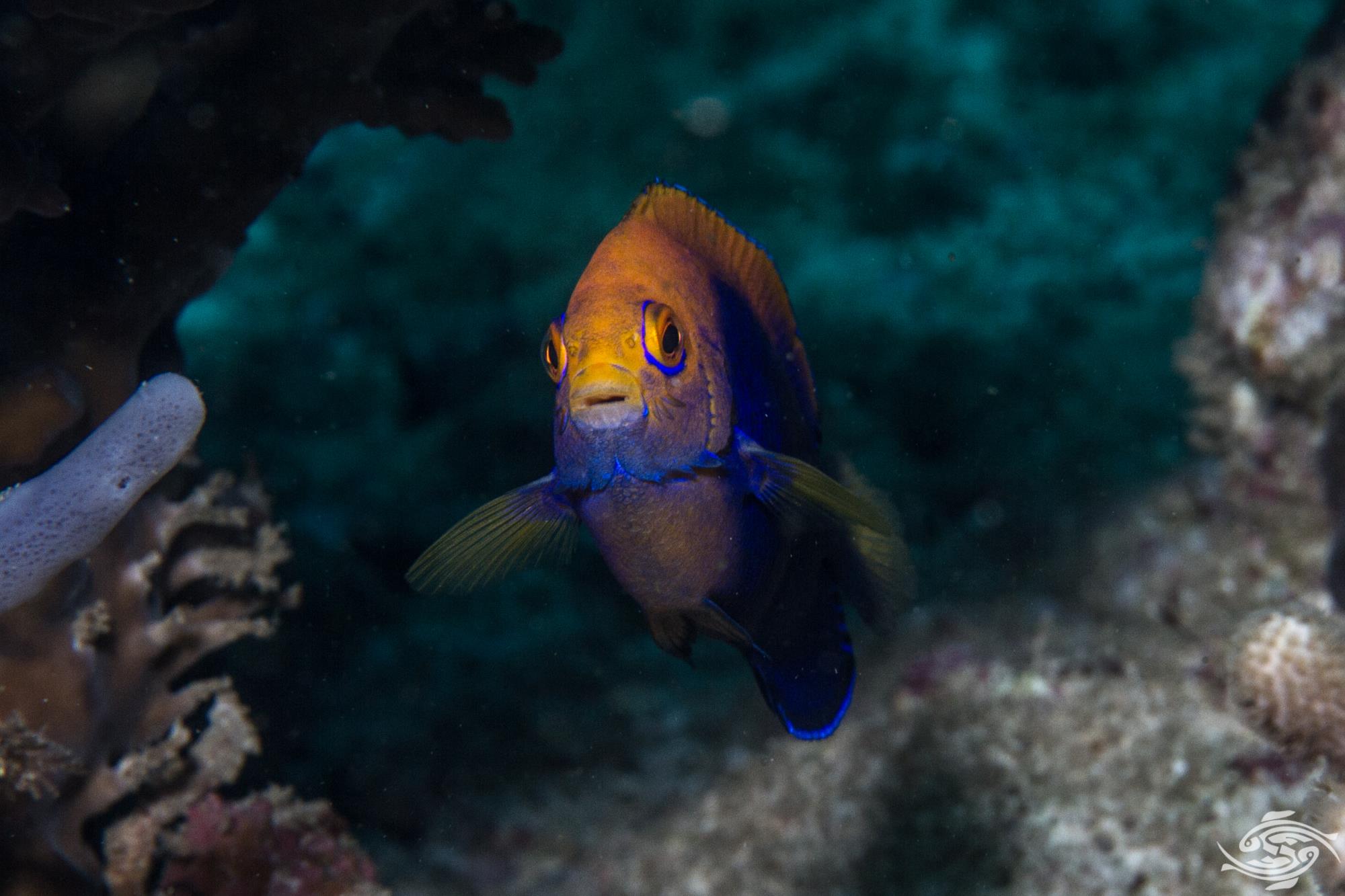 The African Pygmy Angelfish is found along the African and Arabian coasts from Oman south to East London in South Africa. They are usually found in mixed coral and rubble areas. There seem to be a lot more of them on reef flats at around 10 to 15 meters in depth. They often hide in soft corals or under overhangs or crevices. 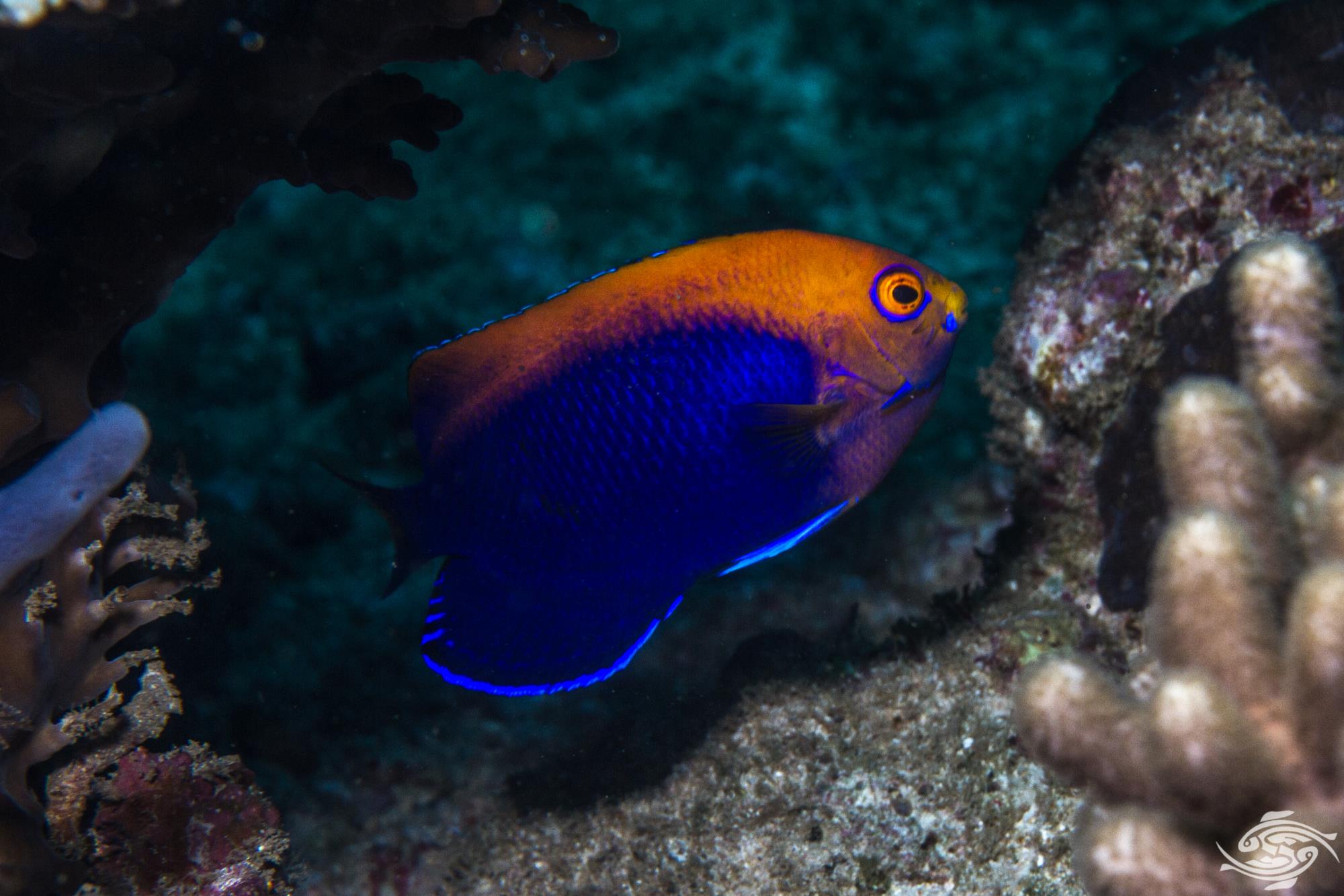 The African Pygmy Angelfish feeds on algae and is an opportunistic feeder on small benthic organisms such as crustaceans and mollusks. They certainly pick on some corals as well as seen two images up. 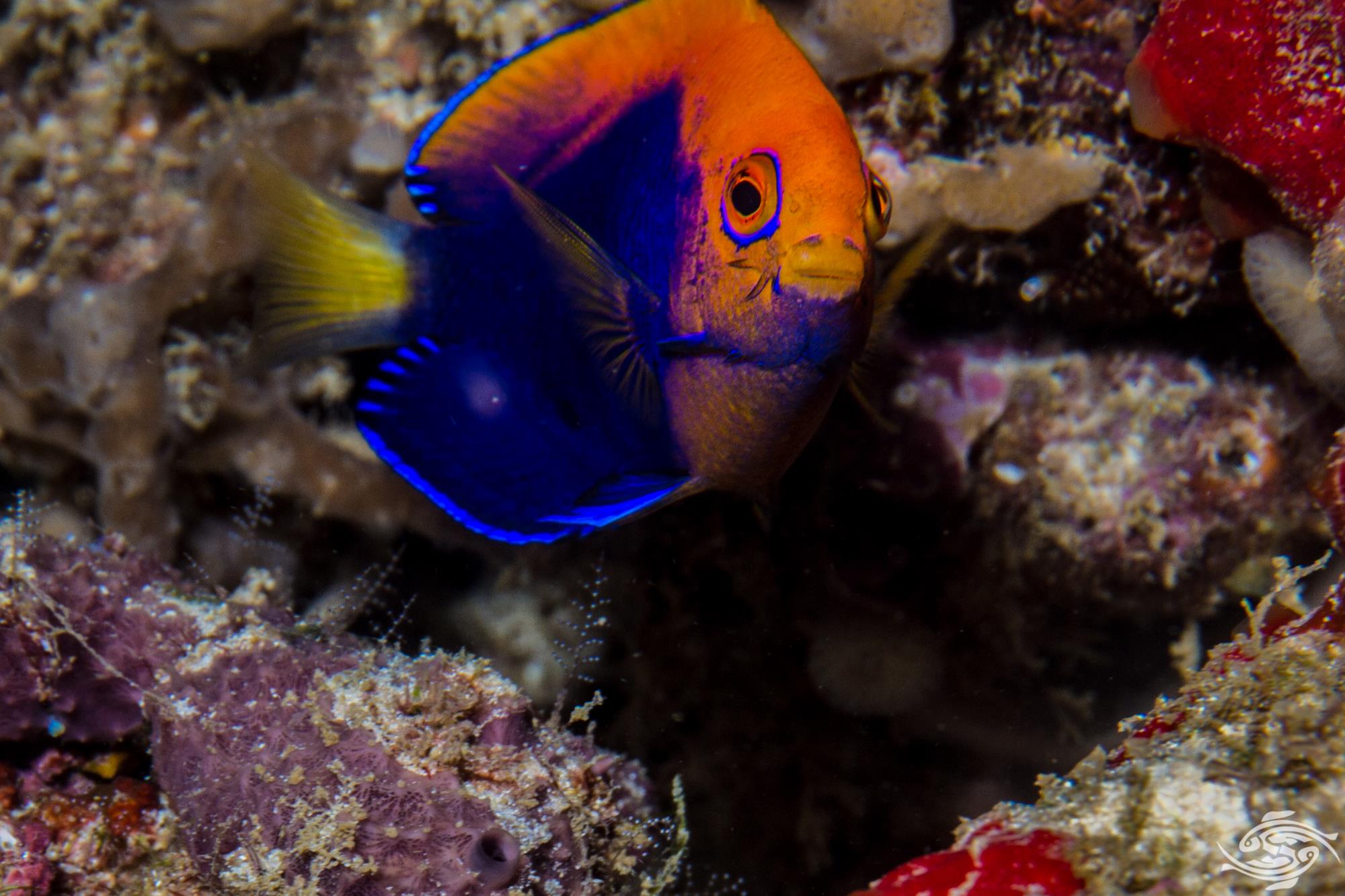 Very little seems to be known of this species breeding habits, but the other Centropyge species form loose haremic groups of one male and several females. They are protogynous hermaphrodites, meaning that they start off as females and that the dominant fish usually turns into a male. Should a dominant male lose the status of being the dominant male they are capable of changing back into a female. 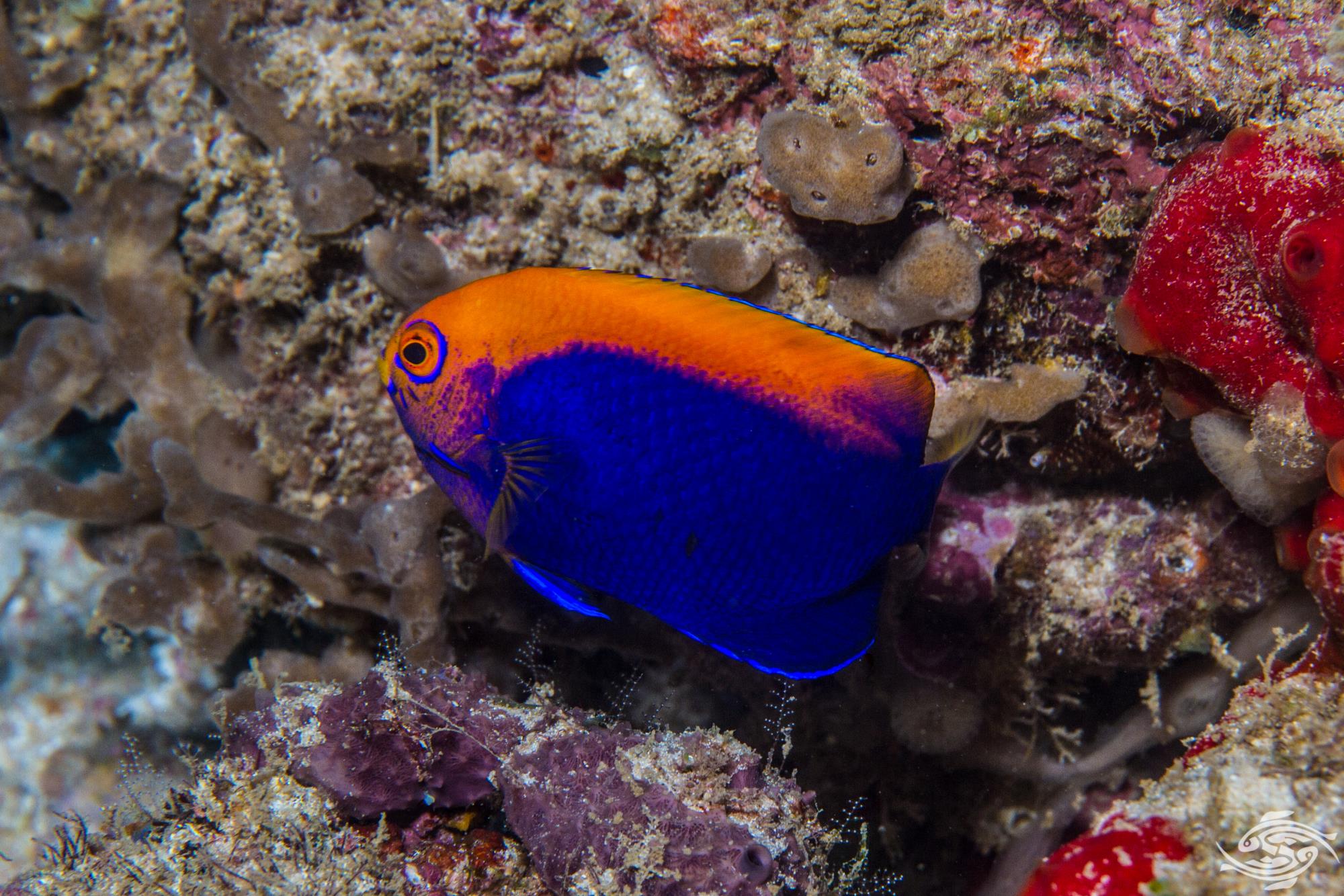 The Dusky Angelfish are often kept by aquarists particularly in South Africa which forms part of their range. They make a stunning addition to a tank but may be slightly territorial depending on the species they are housed with. They will probably also pick on LSP corals although this seems to vary from specimen to specimen. 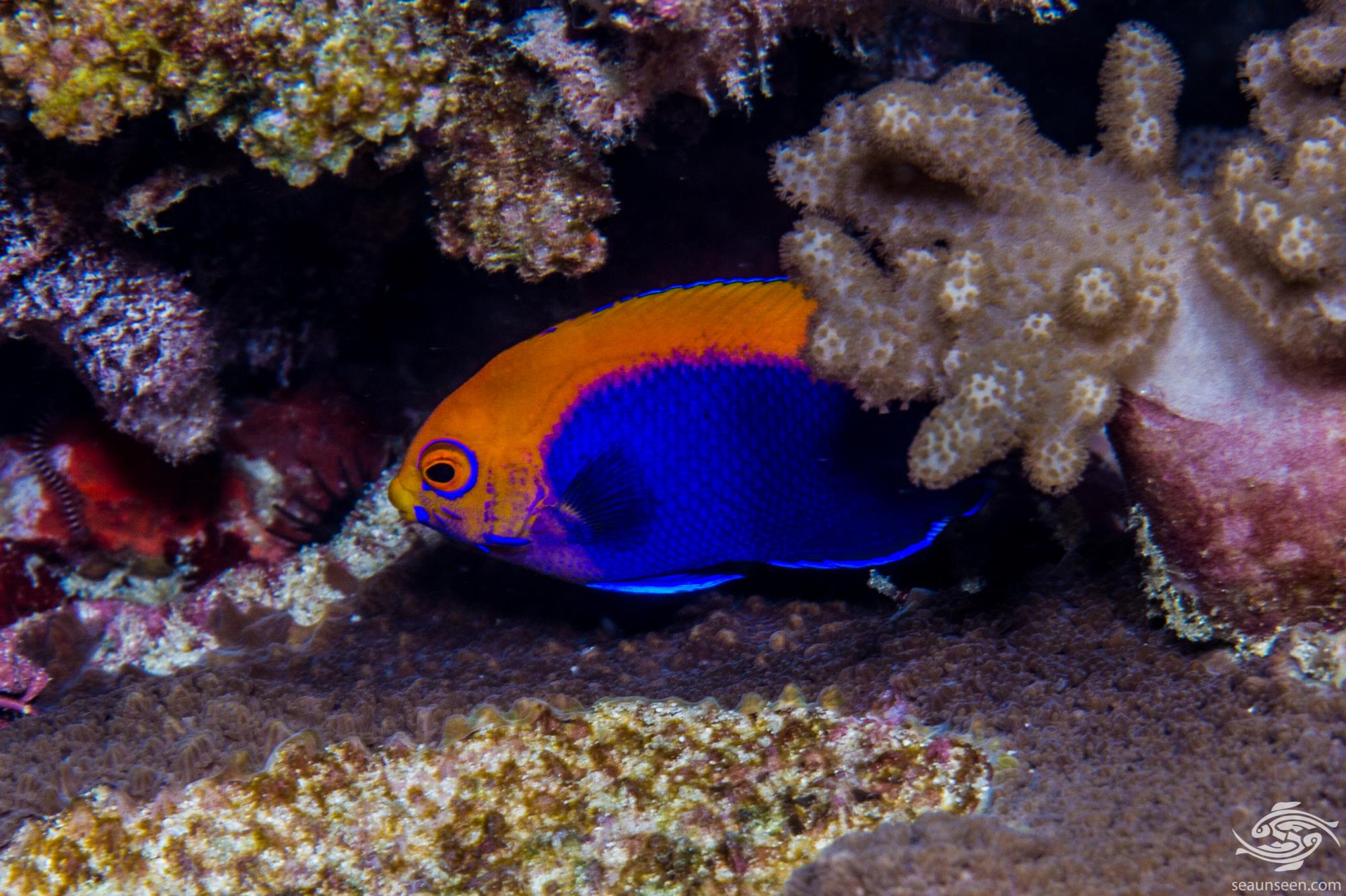