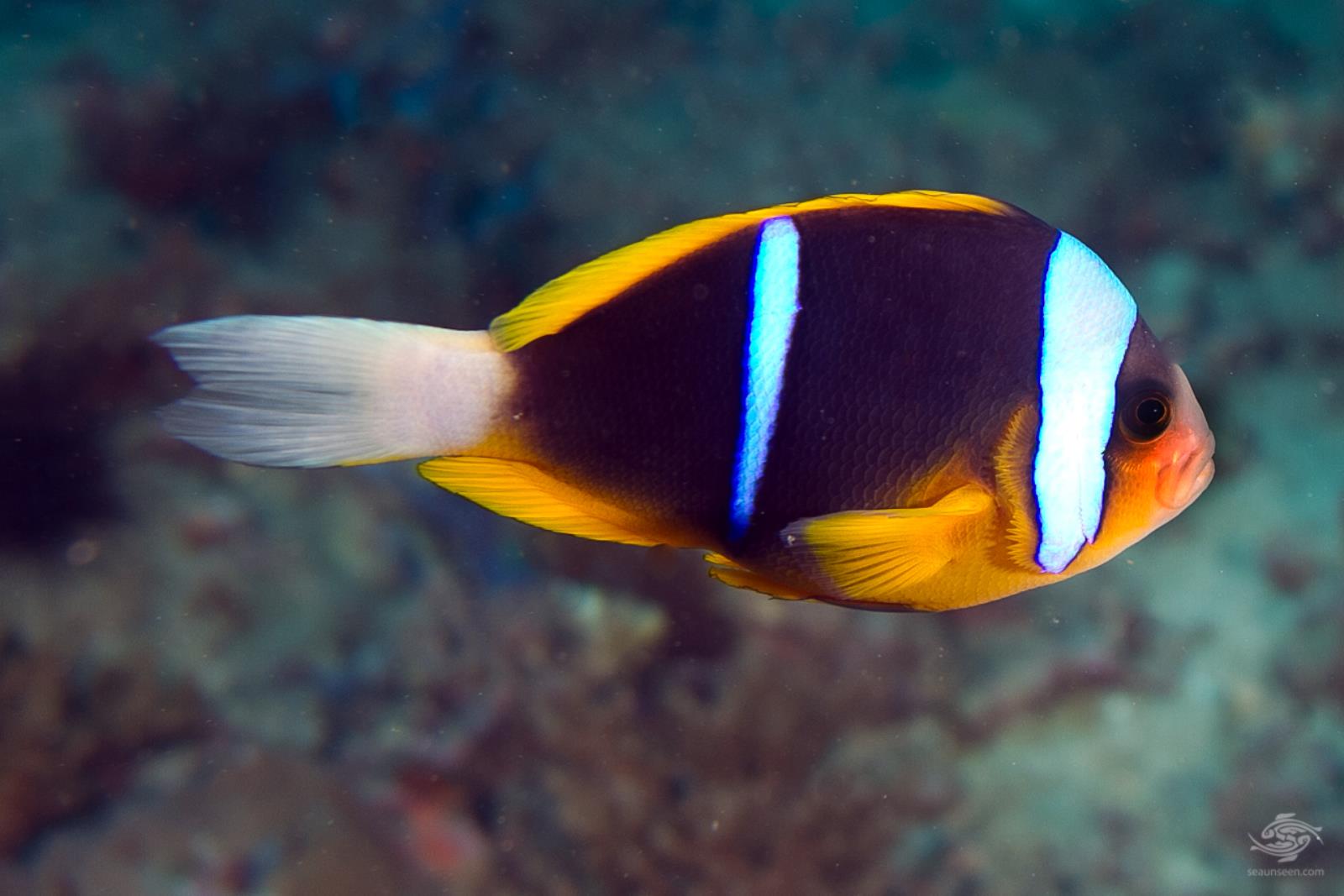 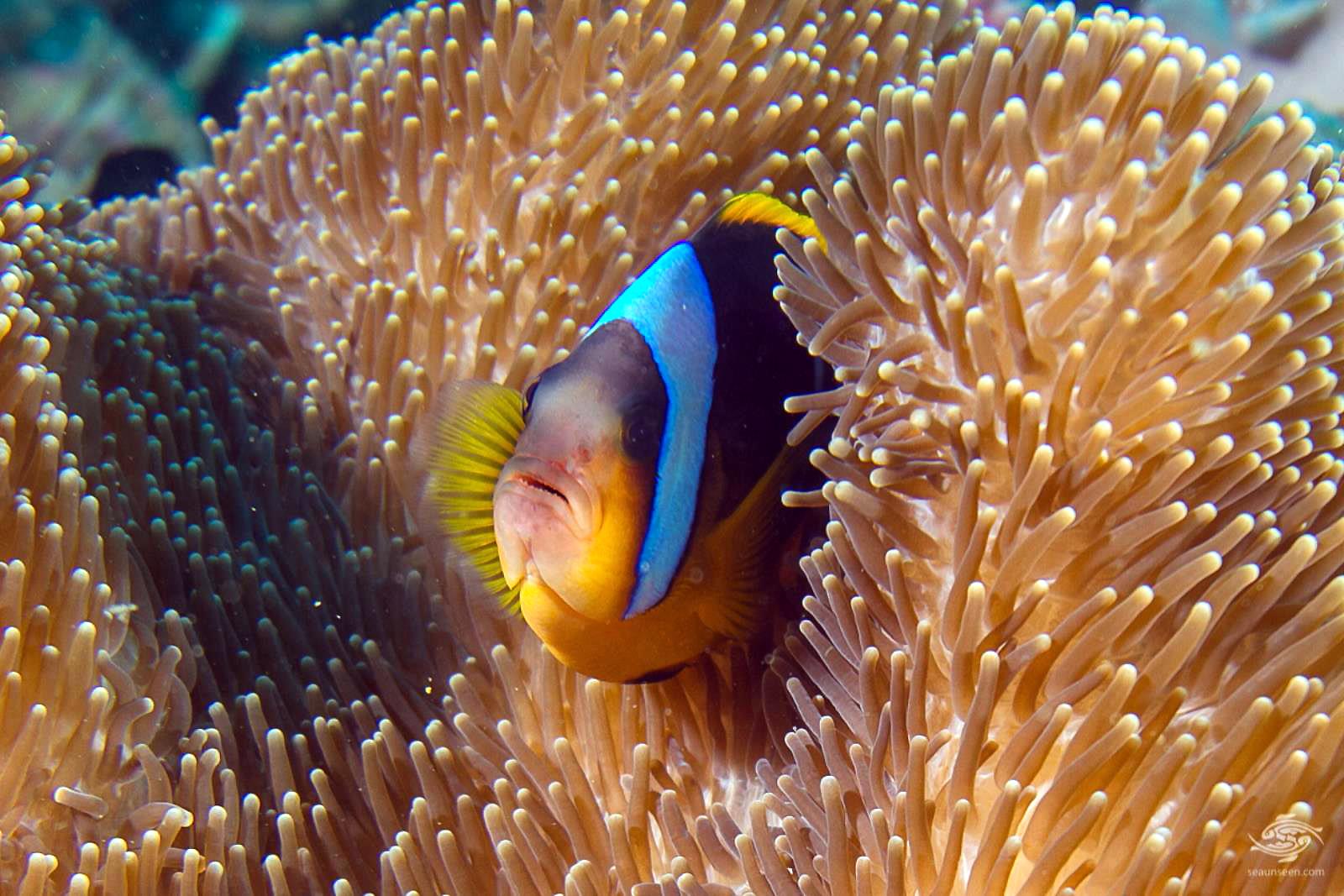 The Allard’s Clown Fish is only found only on the East Coast of Africa from Kenya to Sodwana Bay in South Africa . Some reports place them as far South as Durban but with many years of diving experience in the area north and south of Durban I have never seen one, let alone an anemone large enough for them. Sordwana Bay is probably the southern most point of their range. It is also possible their range extends into Somalia.

In Tanzanian waters they are commonly seen in Bubble Anemones Entacmaea quadricolor and the Carpet Anemones  Stichodactyla Martensi. Seldom are they seen in the Magnificent anenome Heteractis Magnifica. 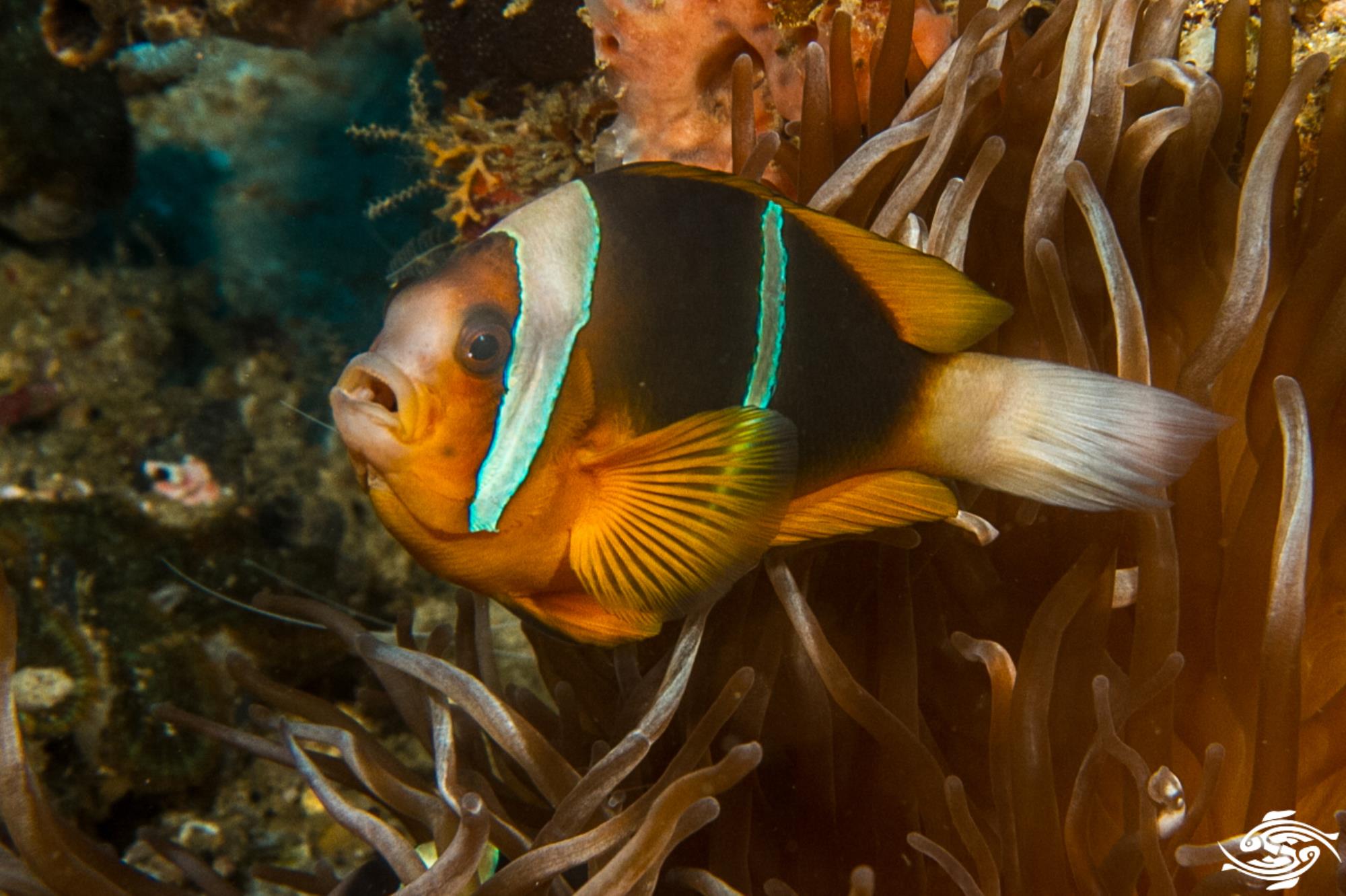 Allard’s clownfish are omnivorous and can feed on undigested food from their host anemone. Primarily however they feed on small zooplankton in the water column, such as copepods and tunicate larvae, with a small portion of their diet coming from algae. 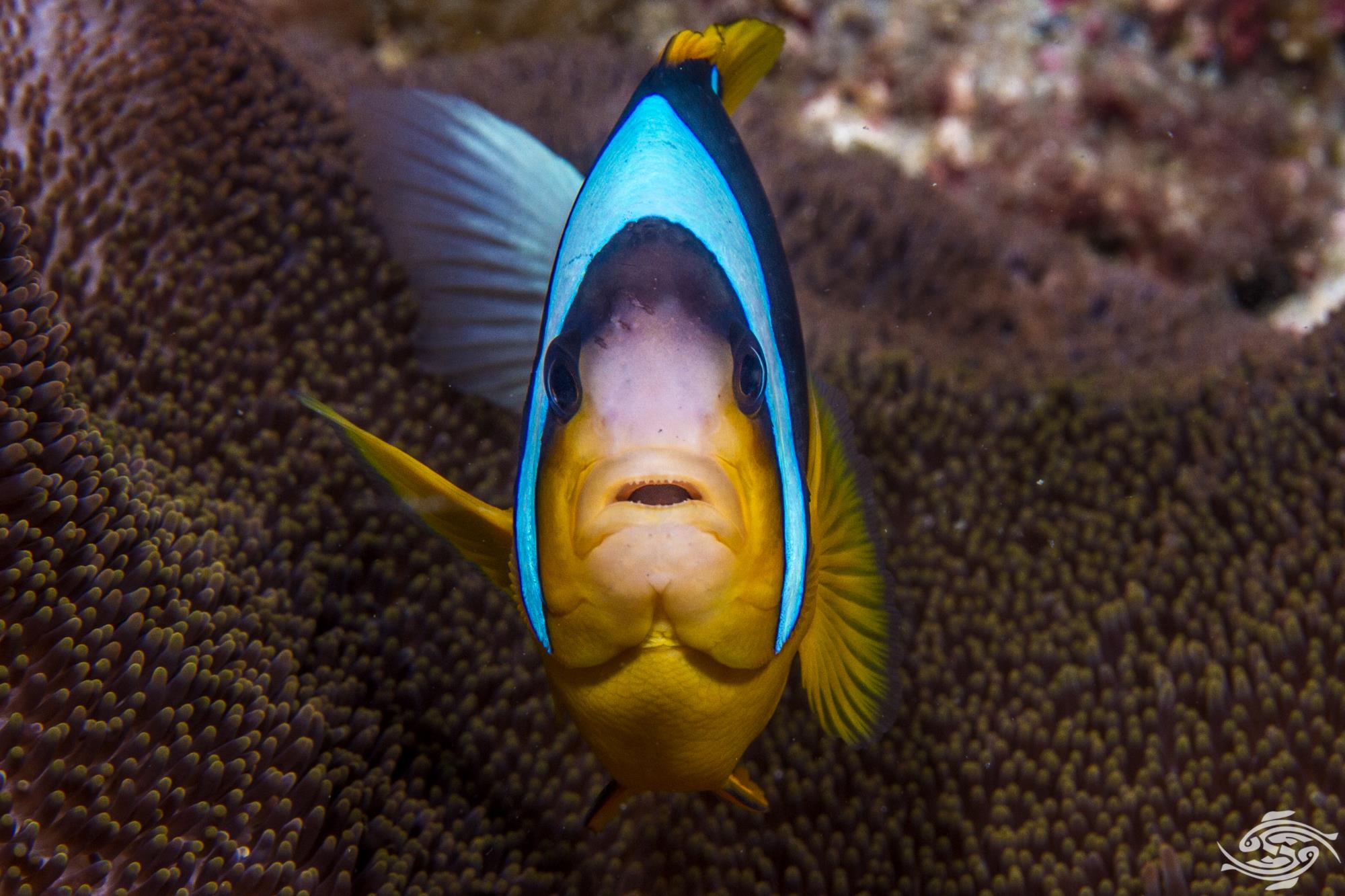 In a group of clownfish based in an anemone, there is a very strict hierarchy. The largest and most aggressive female is found at the top of the pecking order. Only two fish in a group reproduce through external fertilization. The eggs are laid around the time of a full moon alongside the anemone. often underneath a fold in the pedal foot. This can be seen in the image below. 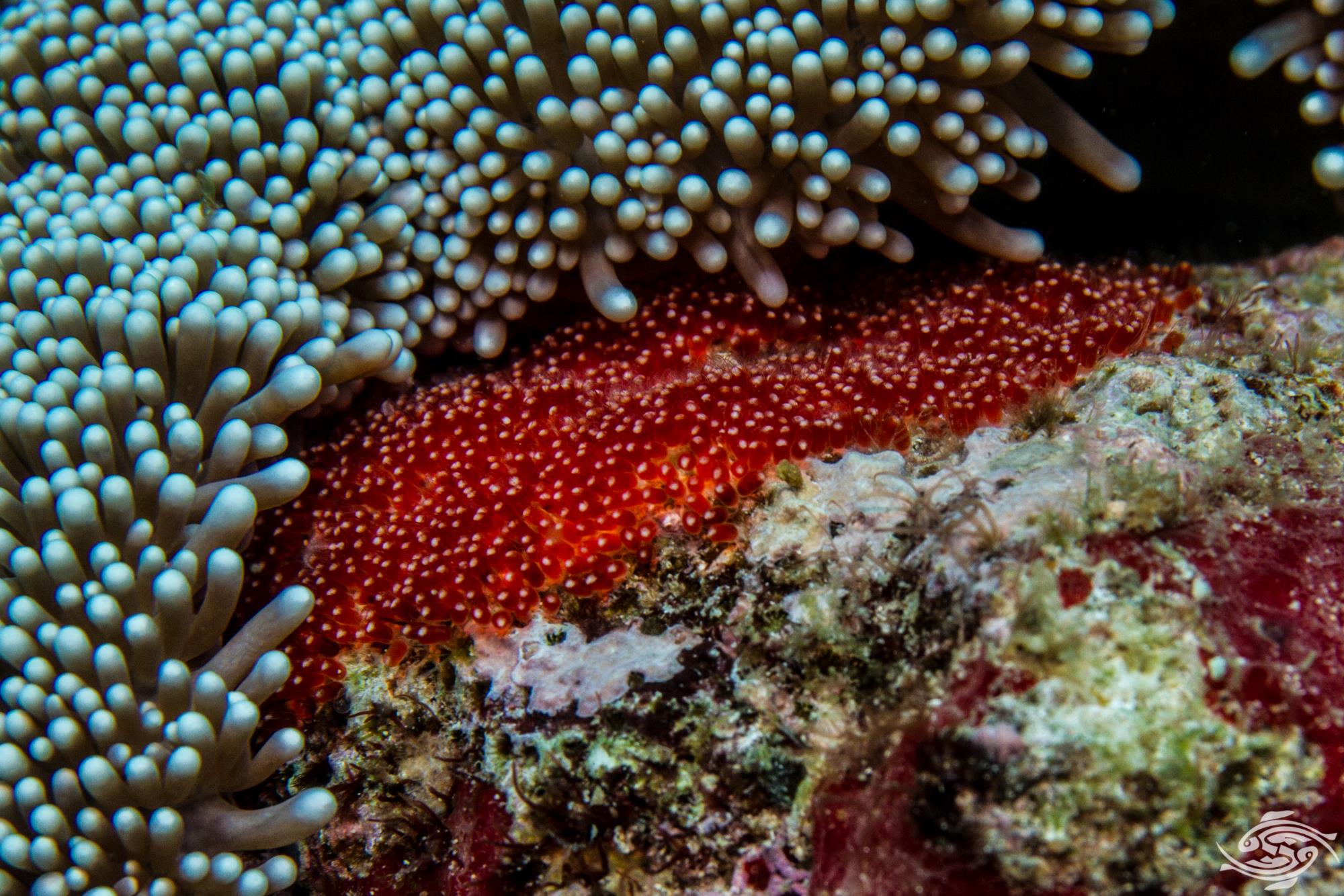 The male parent guards the eggs and can be highly aggressive when spawning. They will attack any fish that comes near the eggs, including a diver and it is common to be nipped by these clowns . The bite is not hard and does not break the skin and is similar to a hard  pinch . Their territory extends some five to seven meters around their anemone . When not spawning they are fairly docile and will retreat to their anemone for protection.

Clownfish are sequential hermaphrodites, in that they develop into males first and when they mature they become females. If the dominant female is removed from the group, one of the largest and most dominant males will become a female. 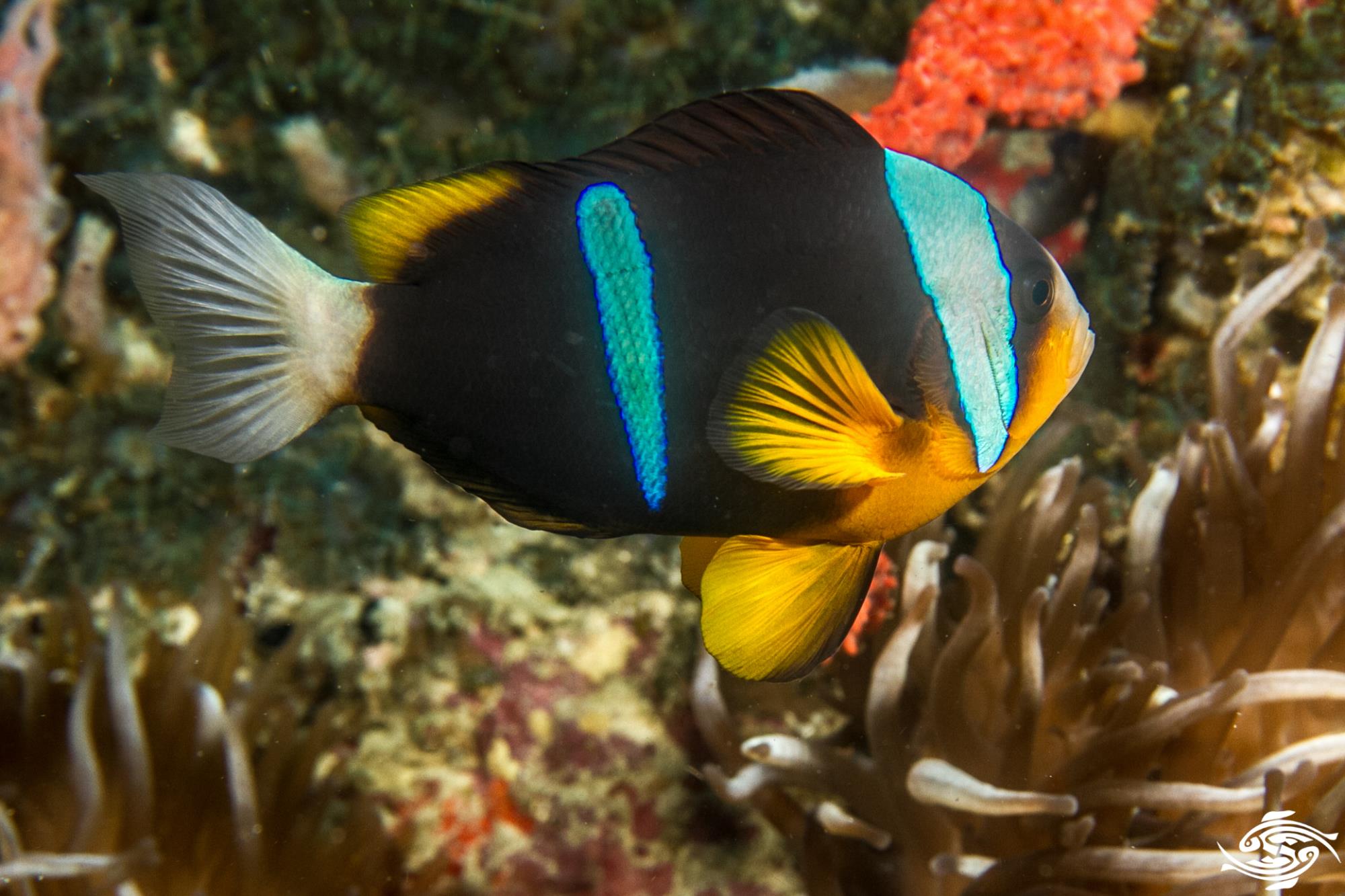 Allard’s clownfish are kept in aquariums and are reef safe, being happier if they have an anemone. They are very hardy and easy to keep, great for beginner aquarists. The clownfish have been bred in captivity and captive bred specimens are available from time to time. They may pick on passive fishes that have been added after them, particularly during spawning. 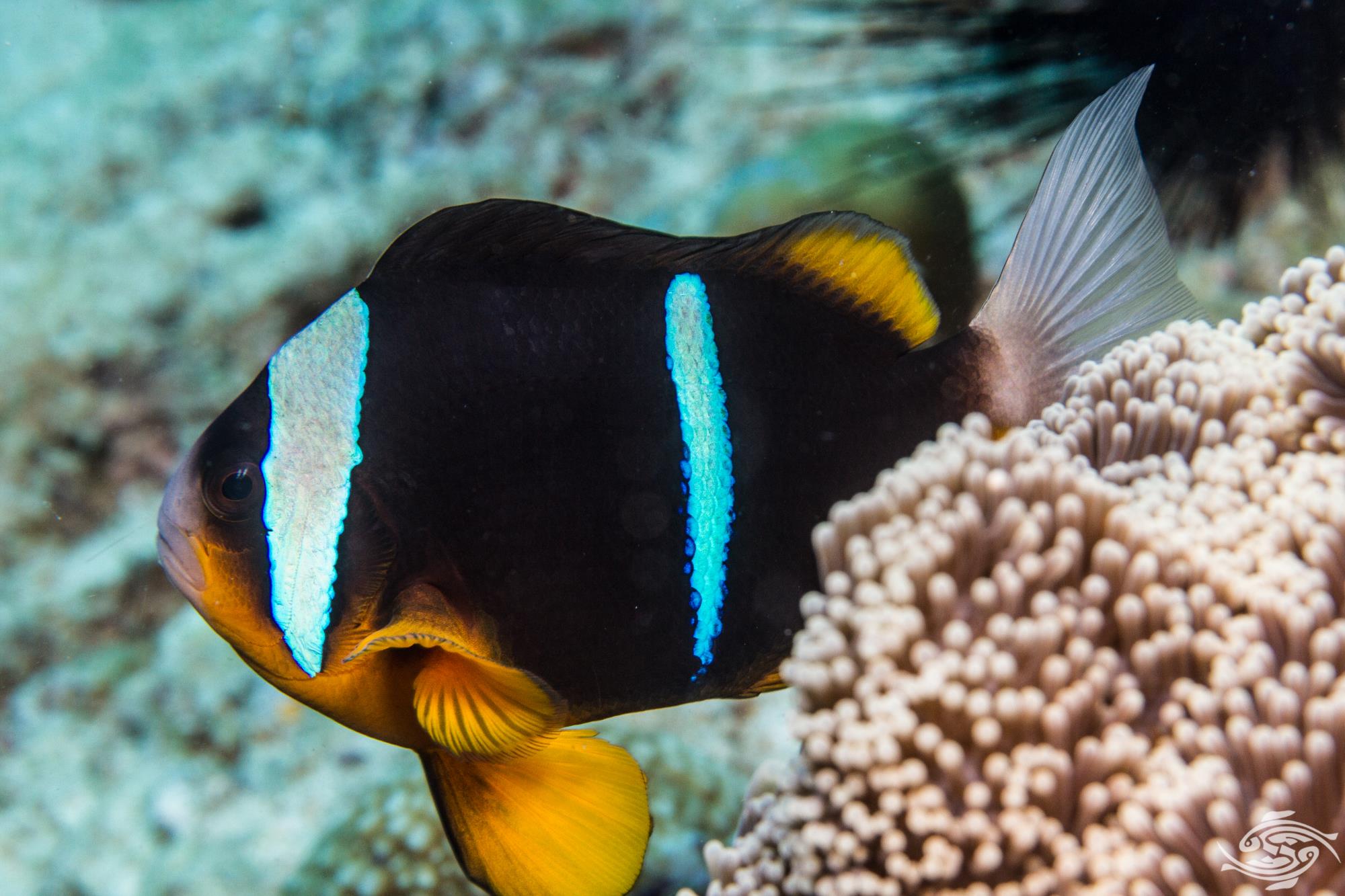