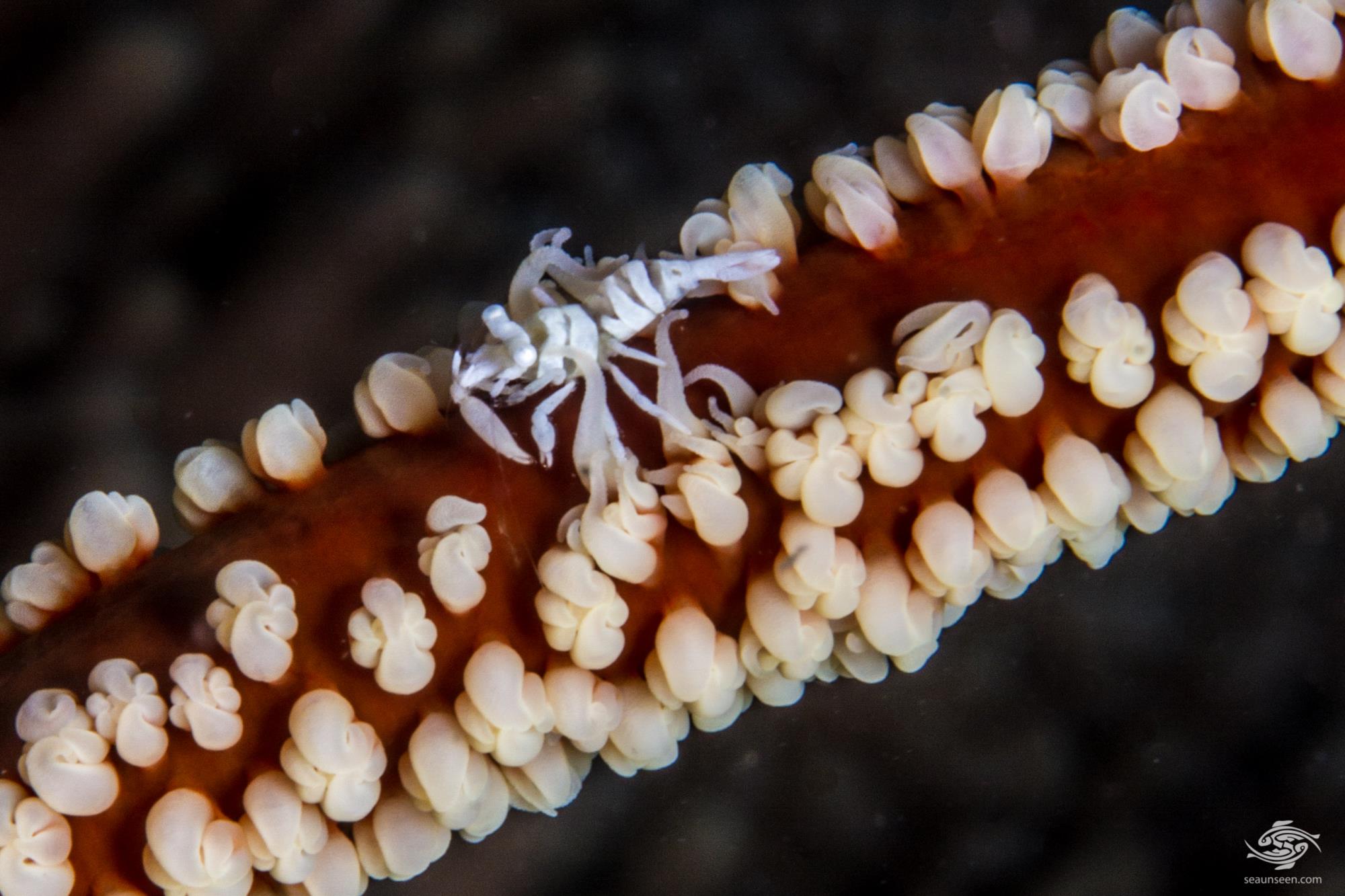 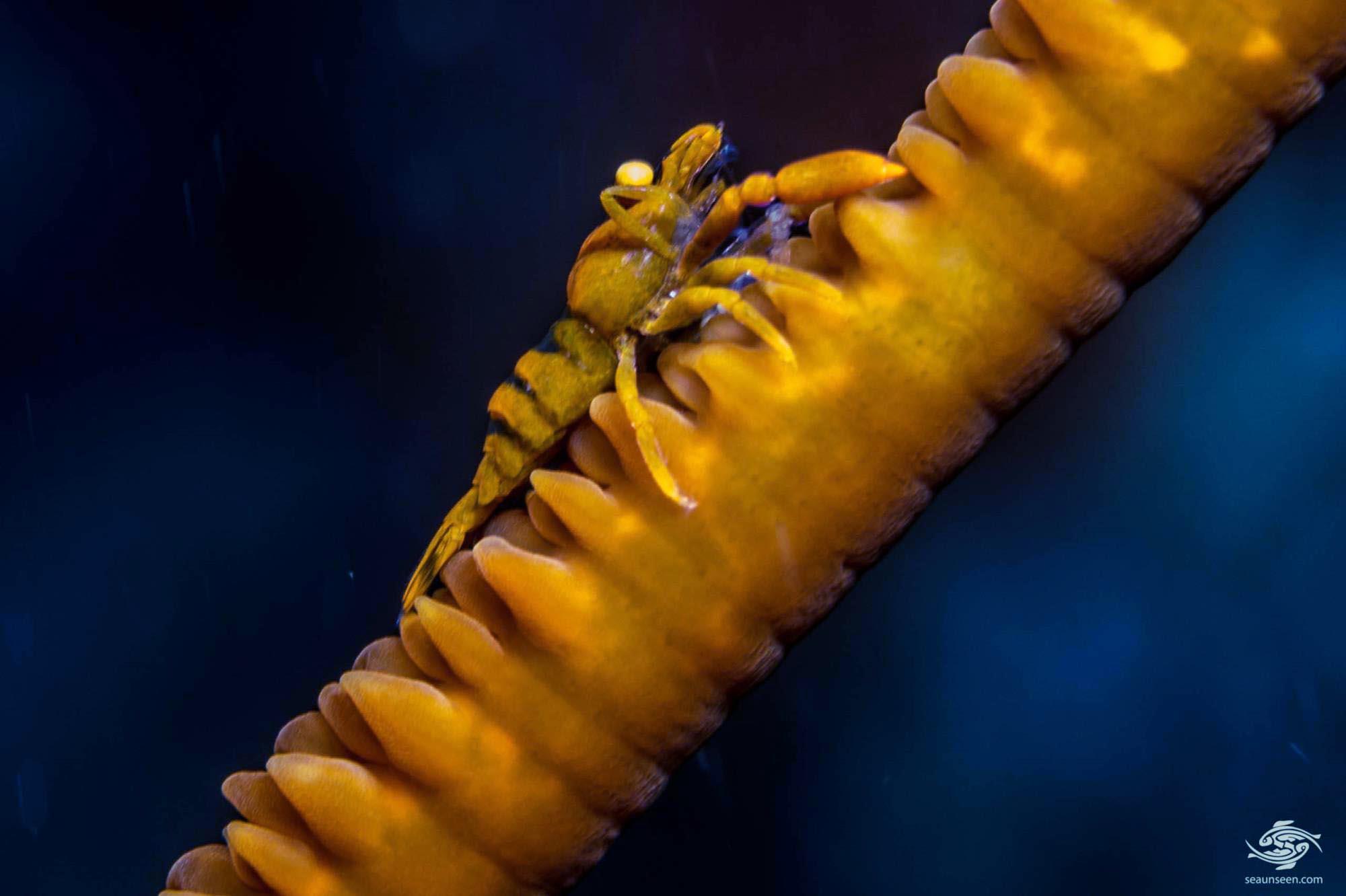 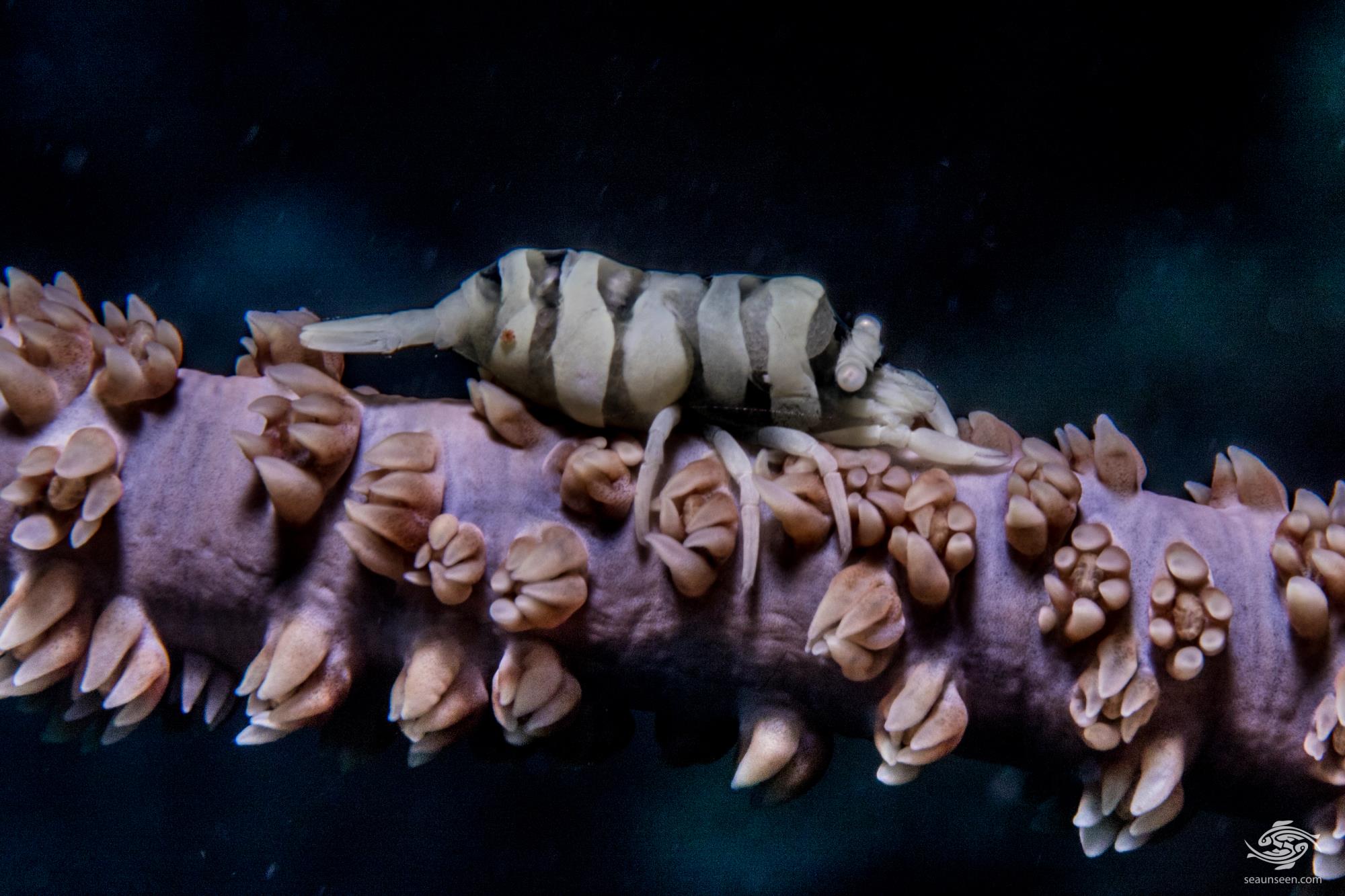 The Anker’s colouration varies from a series of white and translucent bars to a light brown with darker brown bars as seen in the image above.  Females grow to be far larger than males and when both sexes are full grown females are up to three times the size of the male.

They have three sets of walking legs and a set of legs with small pincers known as chelipeds. The right cheliped seems larger in most specimens, but on some specimens the reverse is true. 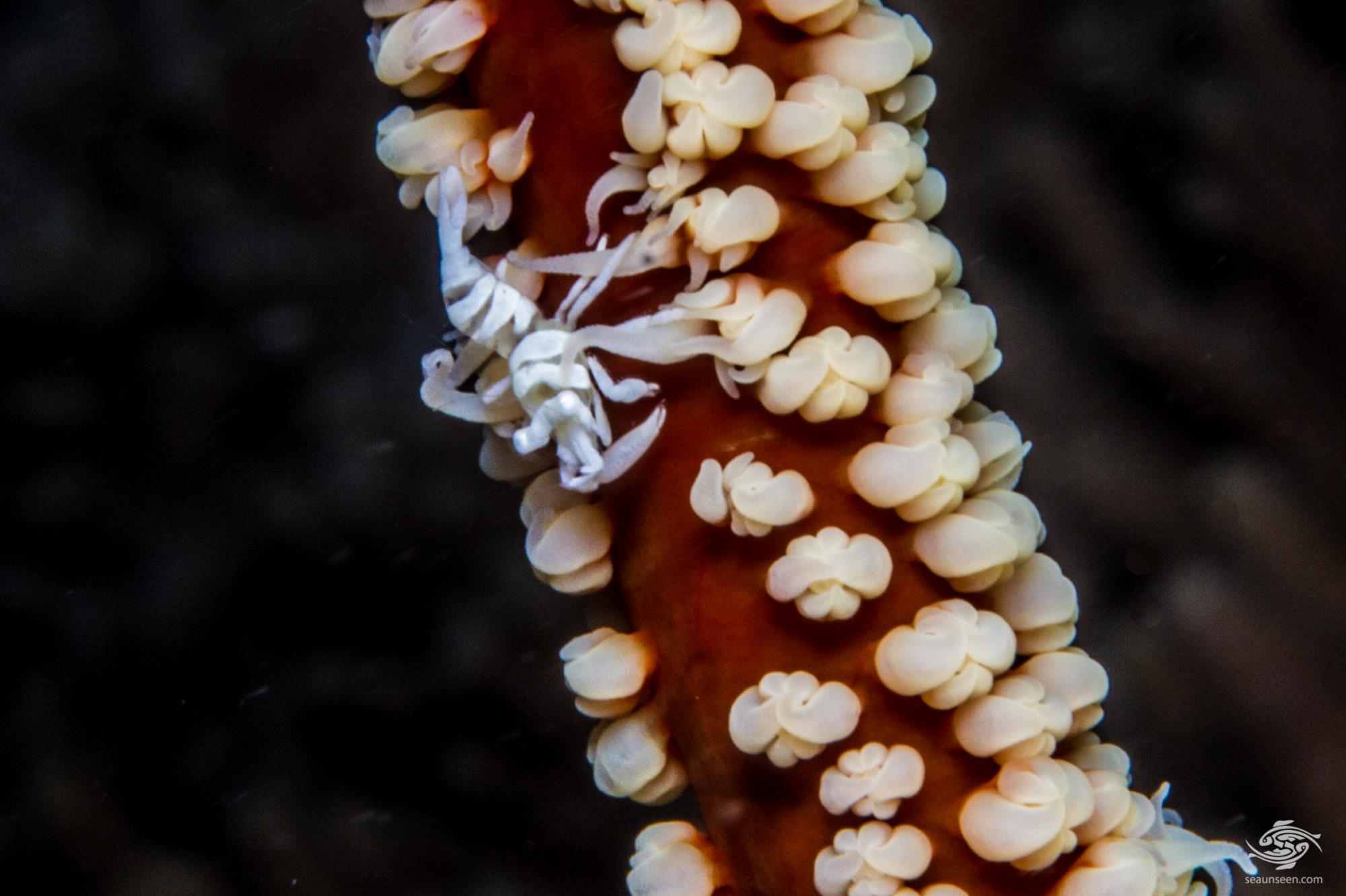 Anker’s Whip Coral Shrimp are only found on whip corals and being fairly small are not easy to spot. Once one has found a few it gets easier and the trick is to swim around a whip coral from quite close up, looking for protrusions. If one does this often enough one will also spot the Whip Coral Goby and on occasion the Spindle Cowrie.

They are usually found in pairs on the whip coral, so if you spot one a search of the coral will usually result in finding another specimen. They tend to be found in the upper mid third of the coral and if they feel threatened by a diver will usually move downwards not upwards and will attempt to move onto the opposite side of the coral first before moving down the coral. 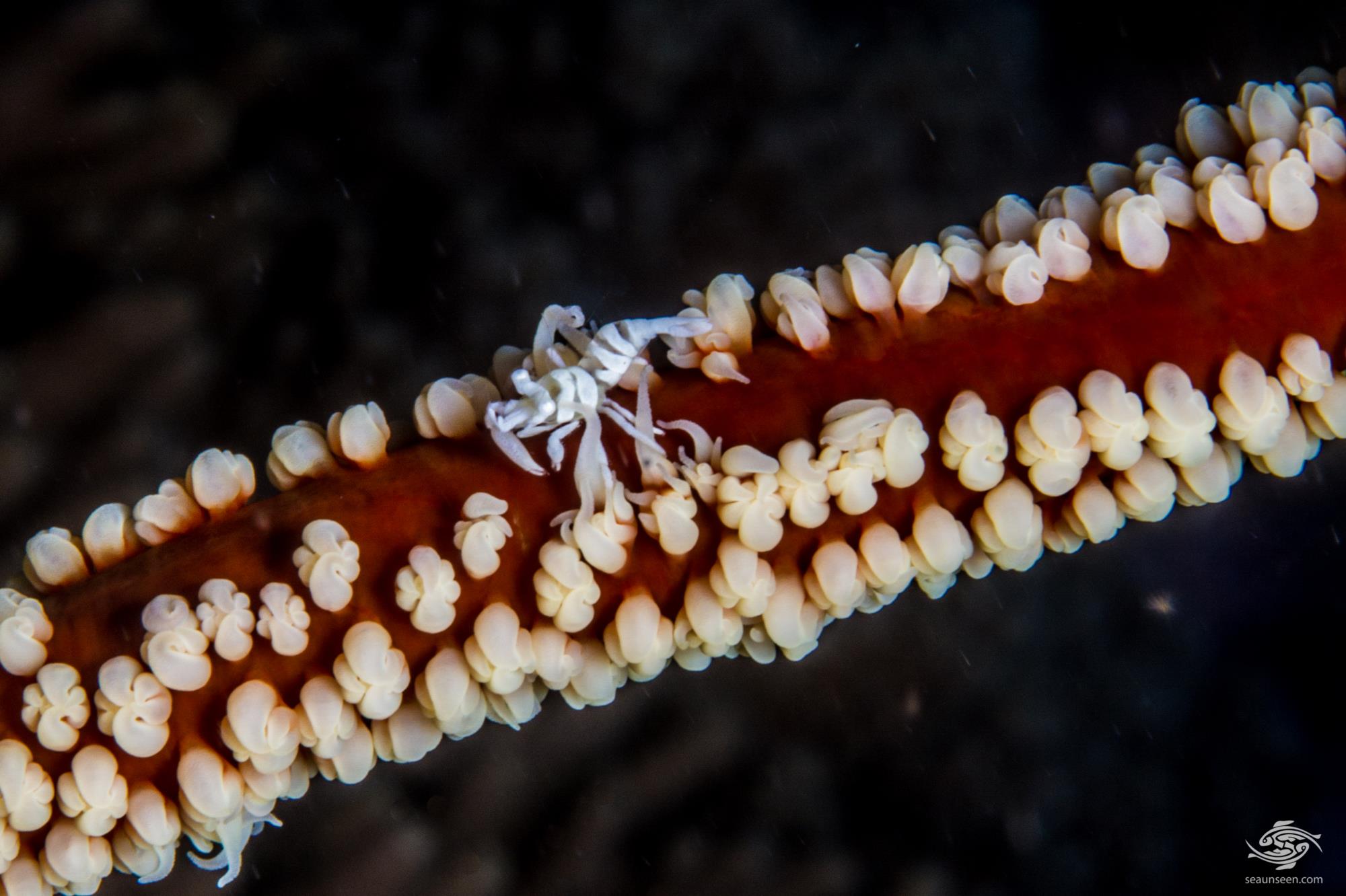 The Anker’s Whip Coral Shrimp have a wide distribution and are found across the Indian and Pacific oceans. In Tanzania we have seen them from 8 meters to 20 meters in depth. 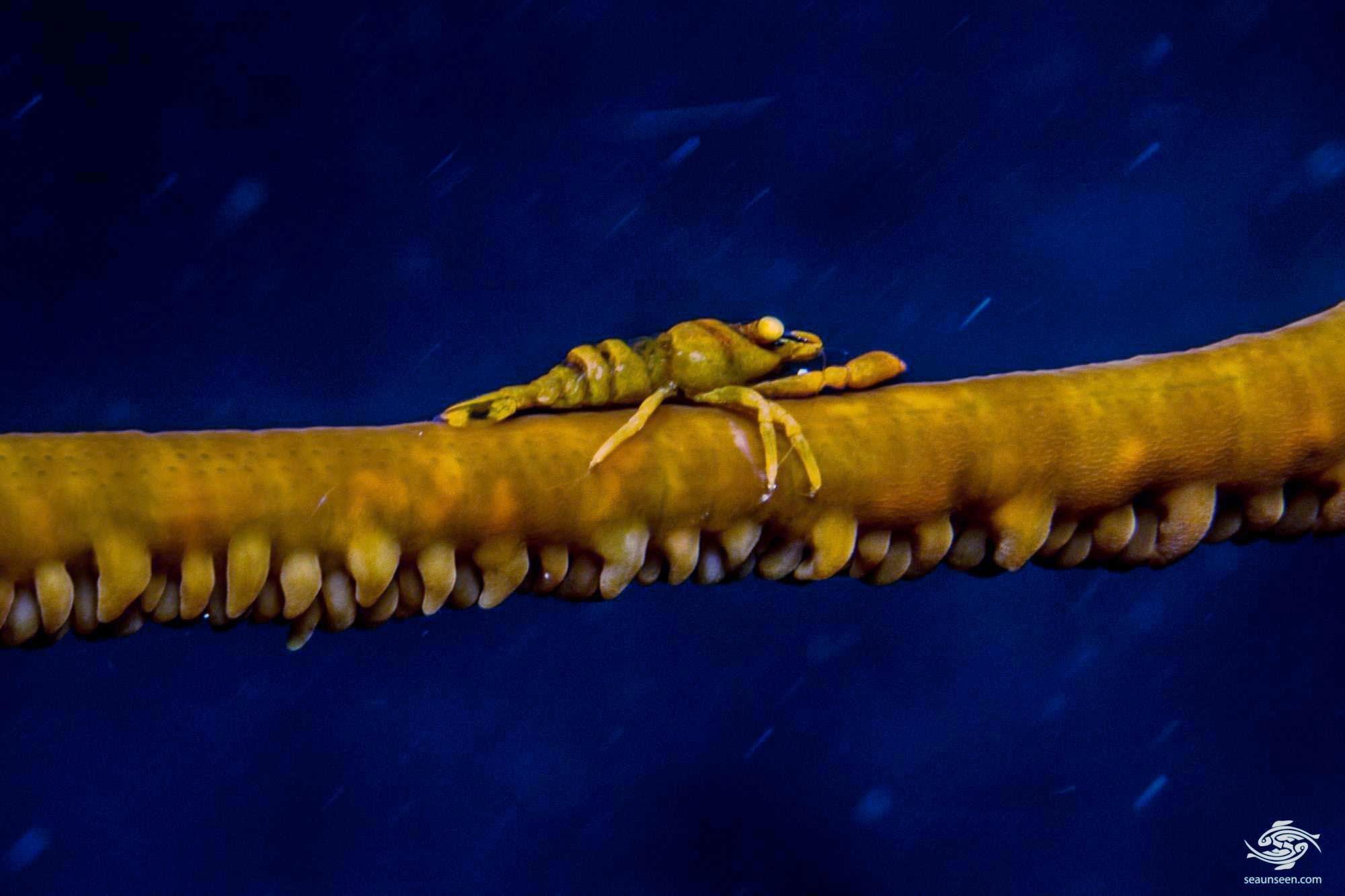 The Anker’s Whip Coral Shrimp feed on parasites, algae and plankton. There is very little literature on them and they may also feed off mucus from the coral. 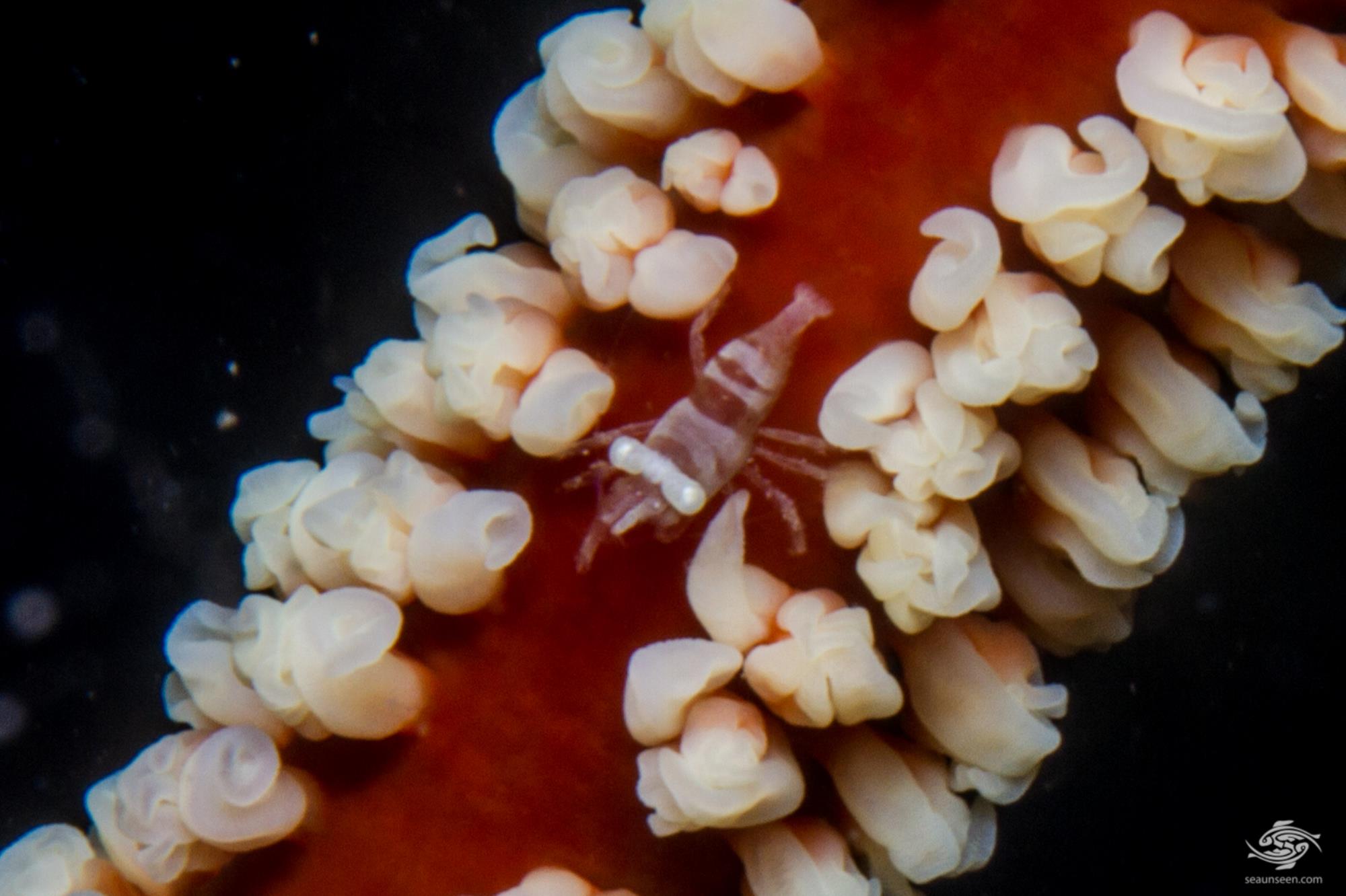 There seems to be no literature on their breeding habits. Sexual dimorphism is displayed in that the females are larger than the males. As with all crustaceans once they mate the eggs are extruded onto the spinnerets of the females. When the eggs hatch there are several larval stages that the larvae go through. 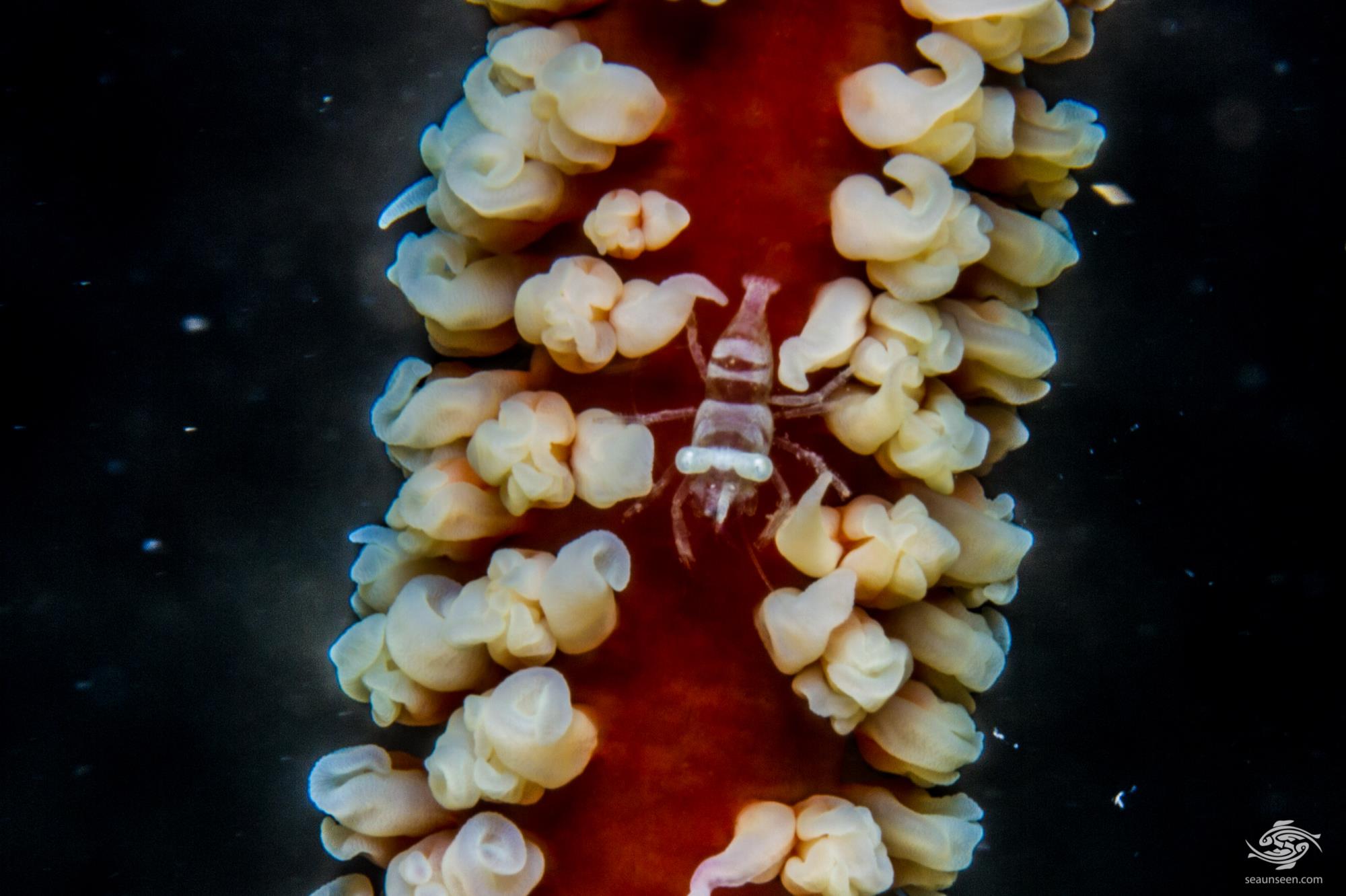 Because of the difficulty of keeping Whip Corals in a tank they are not usually kept in aquariums. . 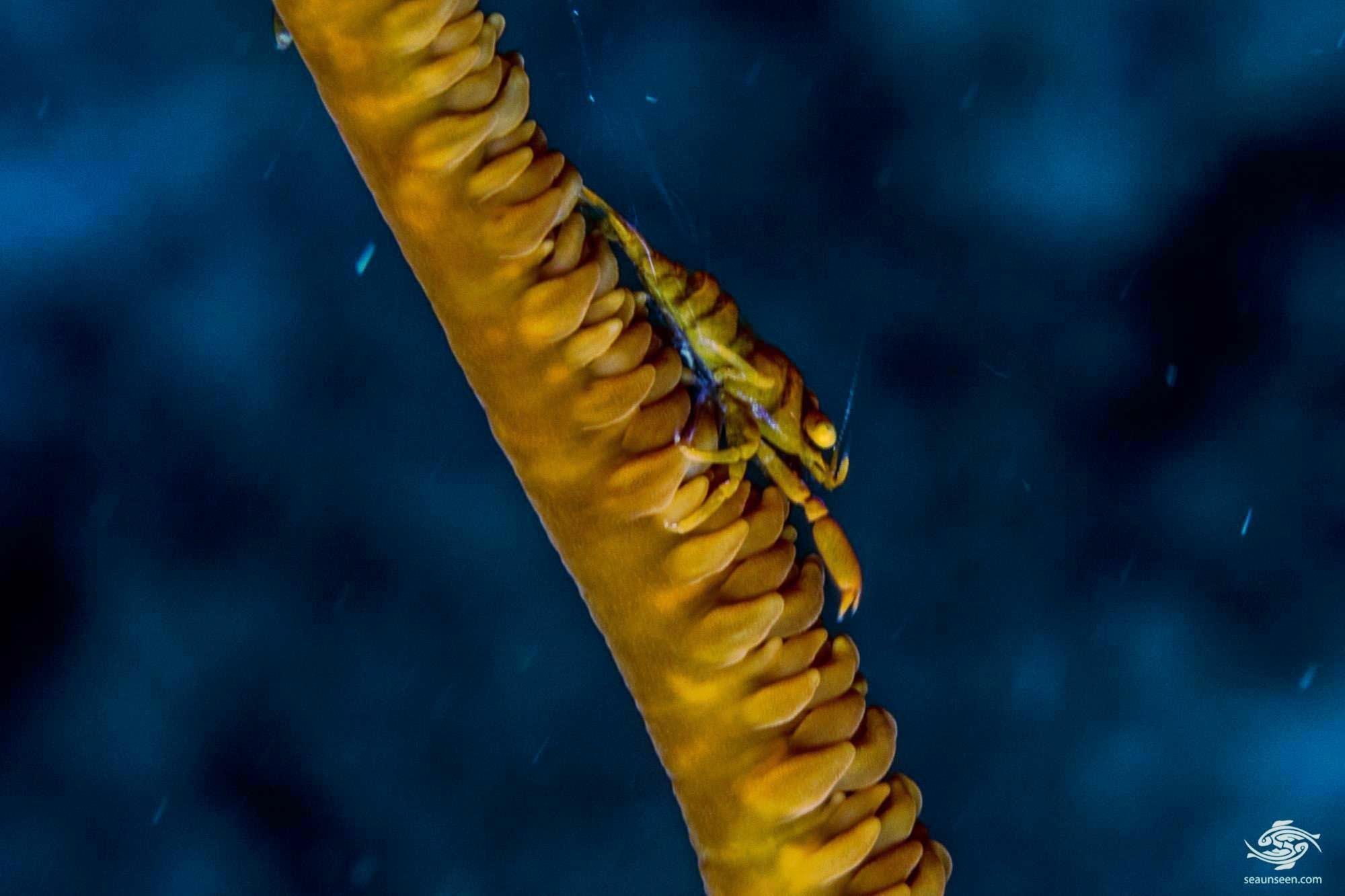