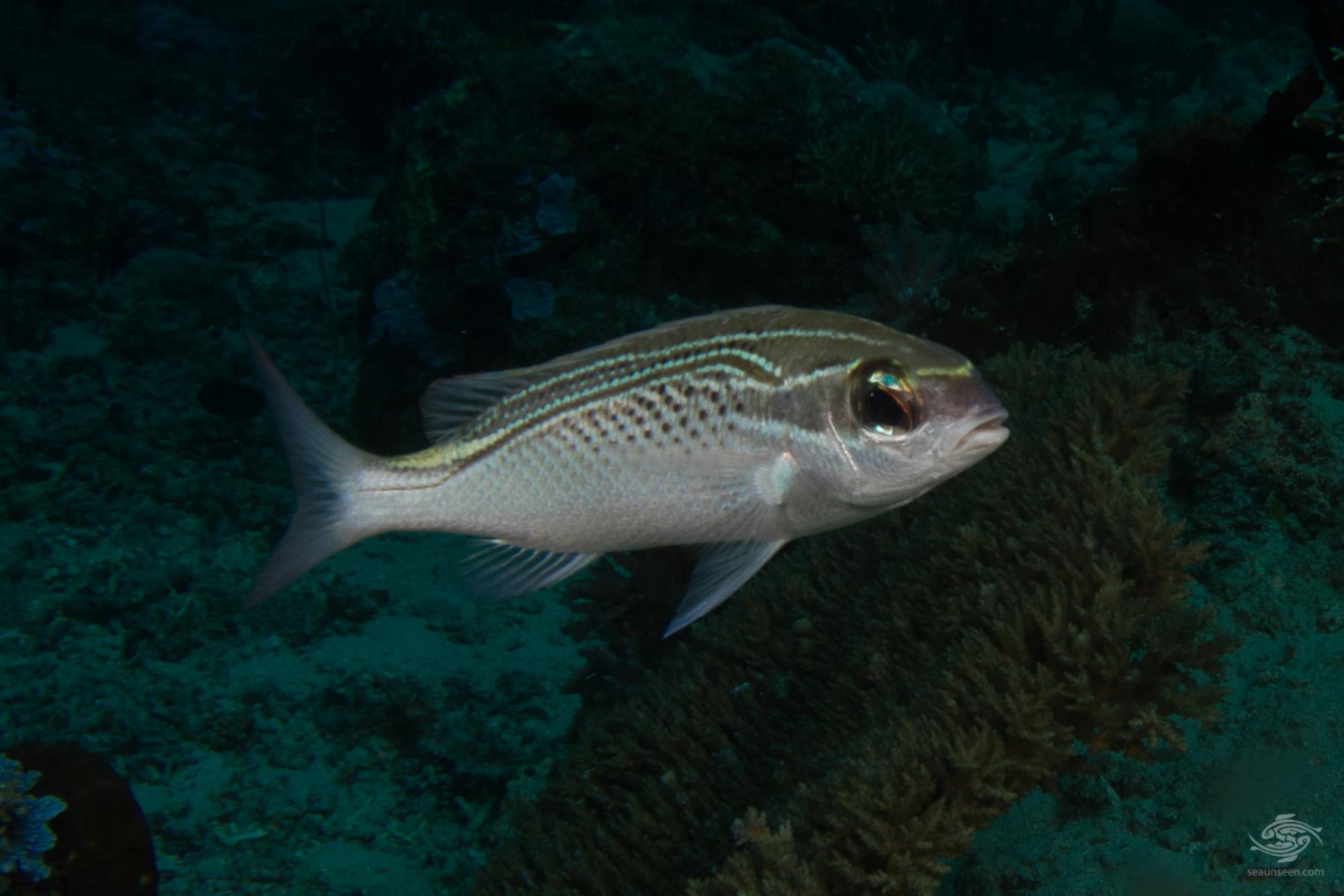 The Arabian Monocled Bream (Scolopsis ghanam) is also known as the Arabian Spine Cheek, Paleband Monocle bream, Silverflash Spinecheek  and the Spinecheek Arabian Threadfin bream. They are common fish on the reefs of East Africa.  Spinecheeks are a family of fish closely related to snappers. They have a backward pointing spine below the eye. 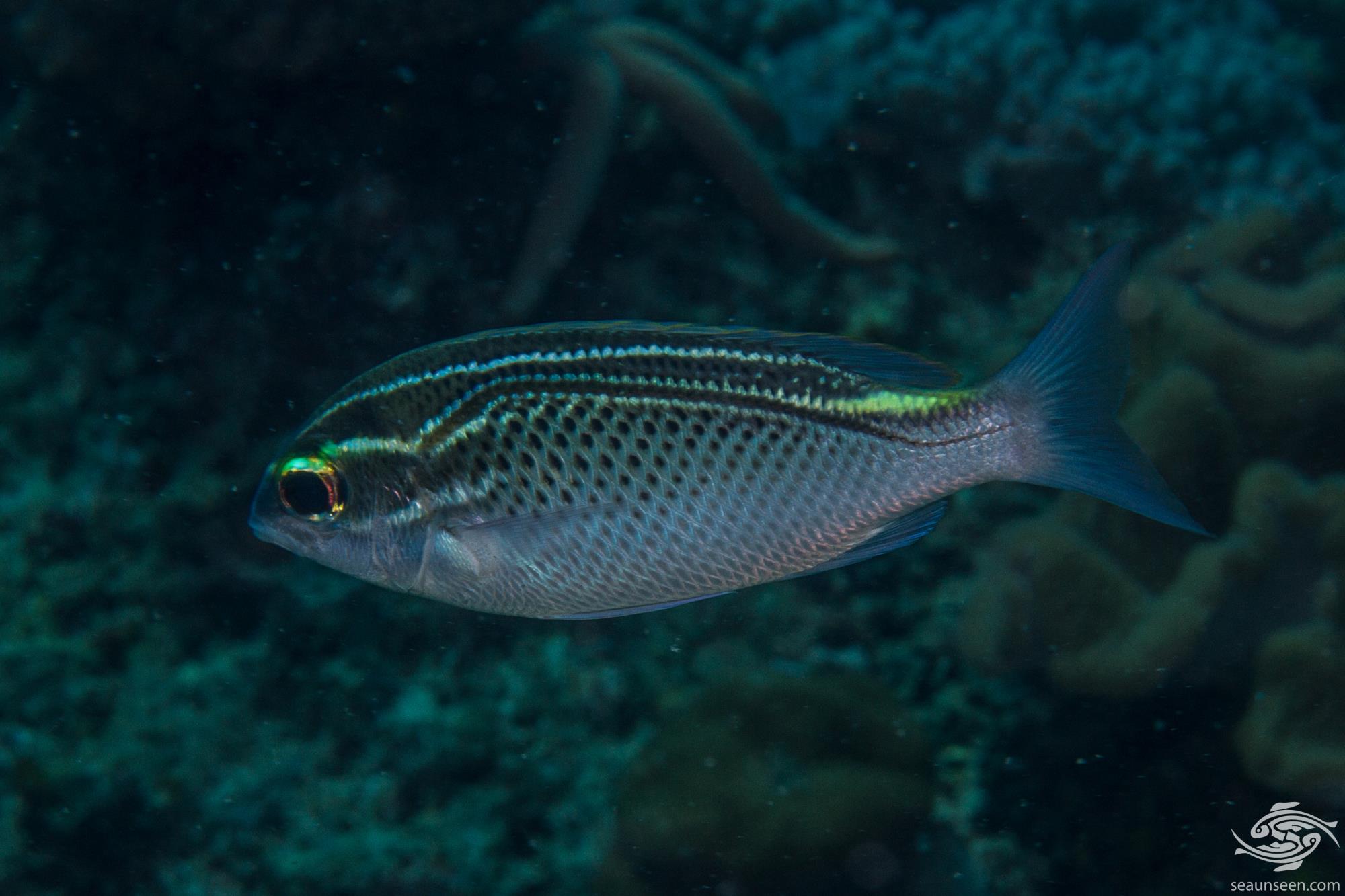 The body of the Arabian monocle bream has a silver grey background color with numerous dark spots below the lateral line. Dark stripes above the lateral line extend onto the head towards and above the eyes. They grow up to 30 centimeters in length. 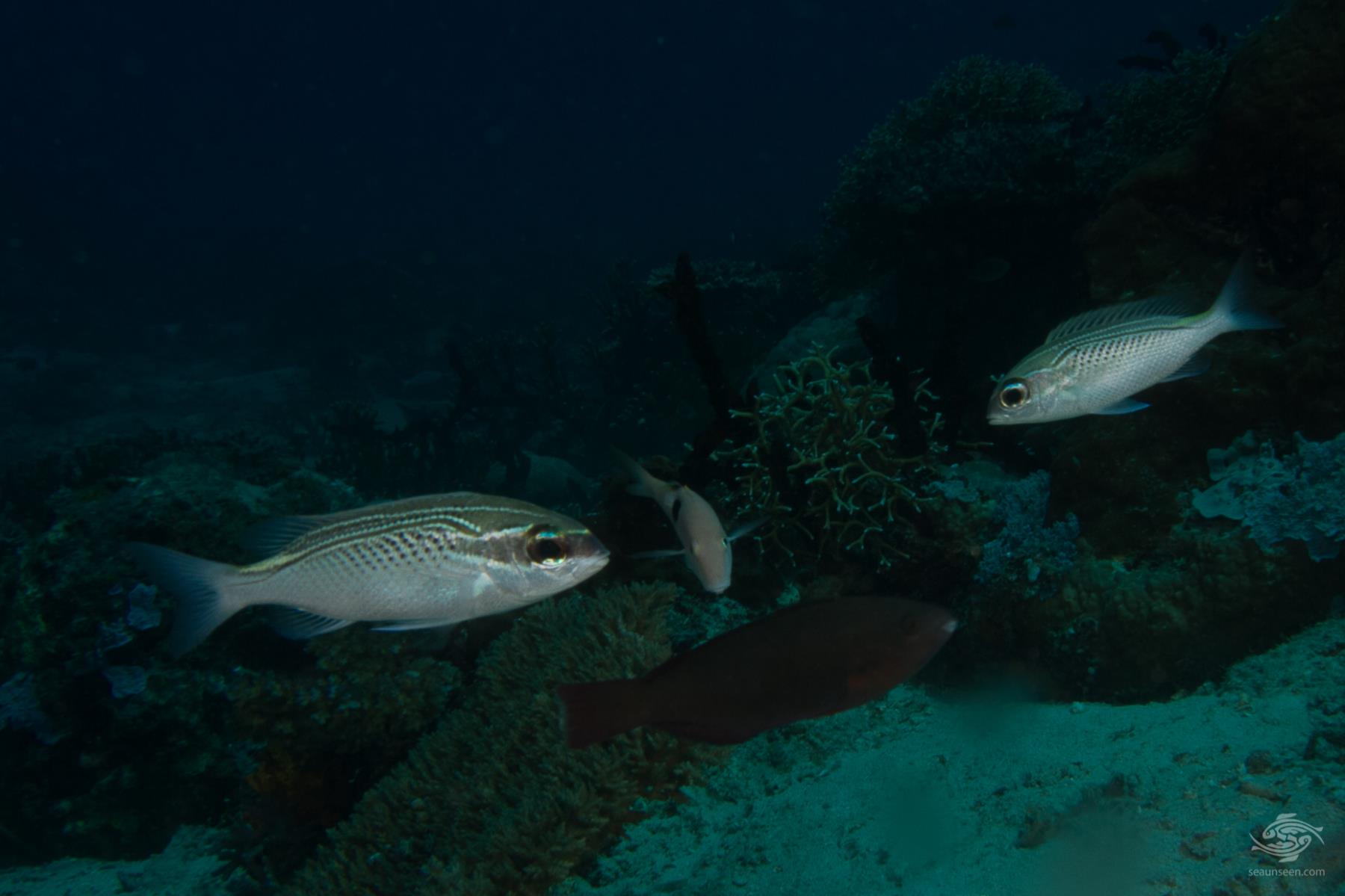 They are often seen over sandy areas close to the reef and are sometimes seen out in the open at night, although it is not clear whether this is feeding or mating related. They darken their colors at night, presumably for camouflage purposes. Once lit up they quickly revert to their daytime coloration.

The arabian monocle bream is found across the Indian ocean and in the west Pacific from depths of 1 to 20 meters. They usually are seen on the sandy areas of the reef, often close to a coral bommie with hiding spots, which they are quick to dart into. They are seen singly or in small groups. 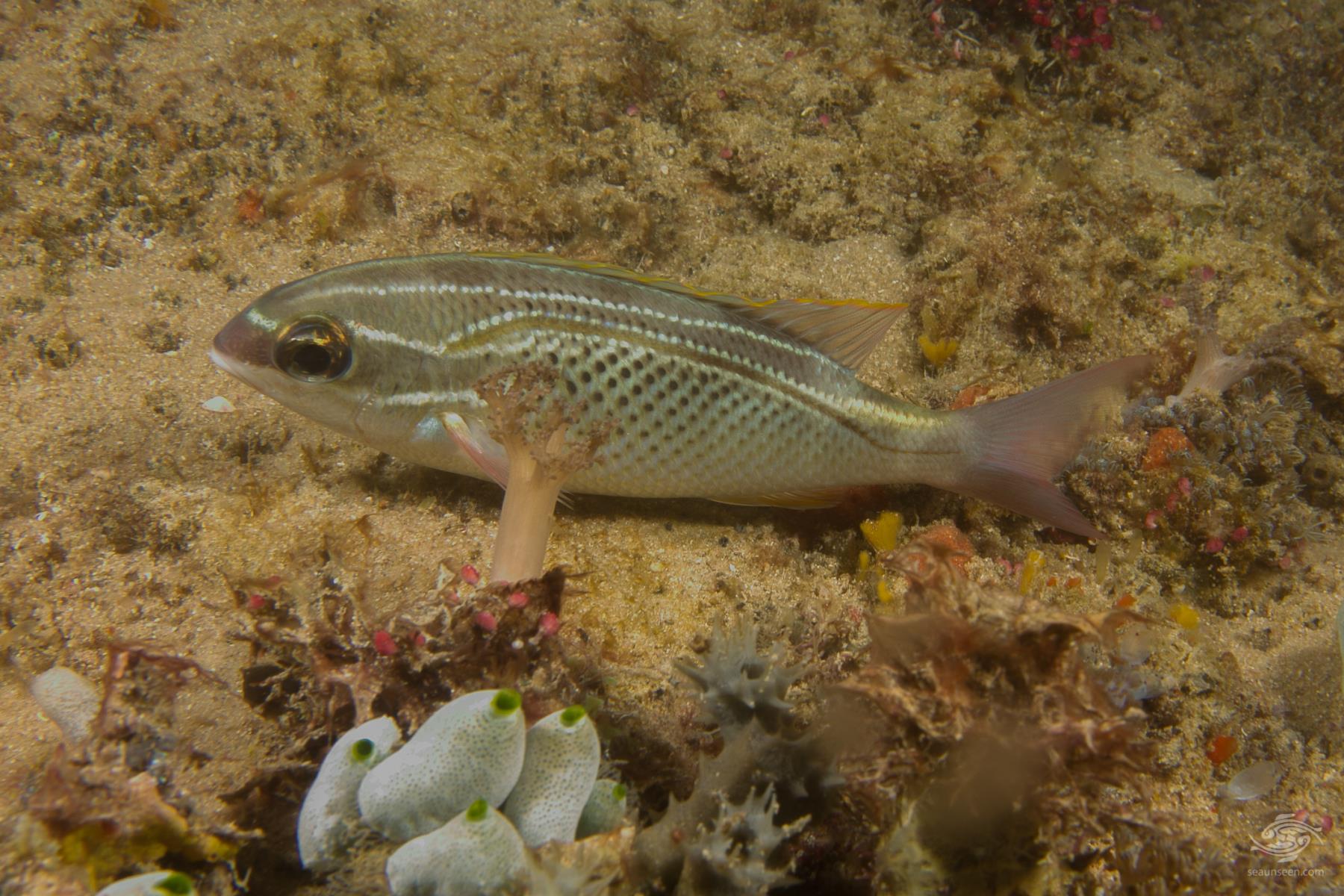 The arabian monocle bream are benthic feeders , feeding on crustaceans, mollusks, echinoderms and smaller fishes. Coral fragments have also been found in their stomachs indicating that they eat certain species of coral. 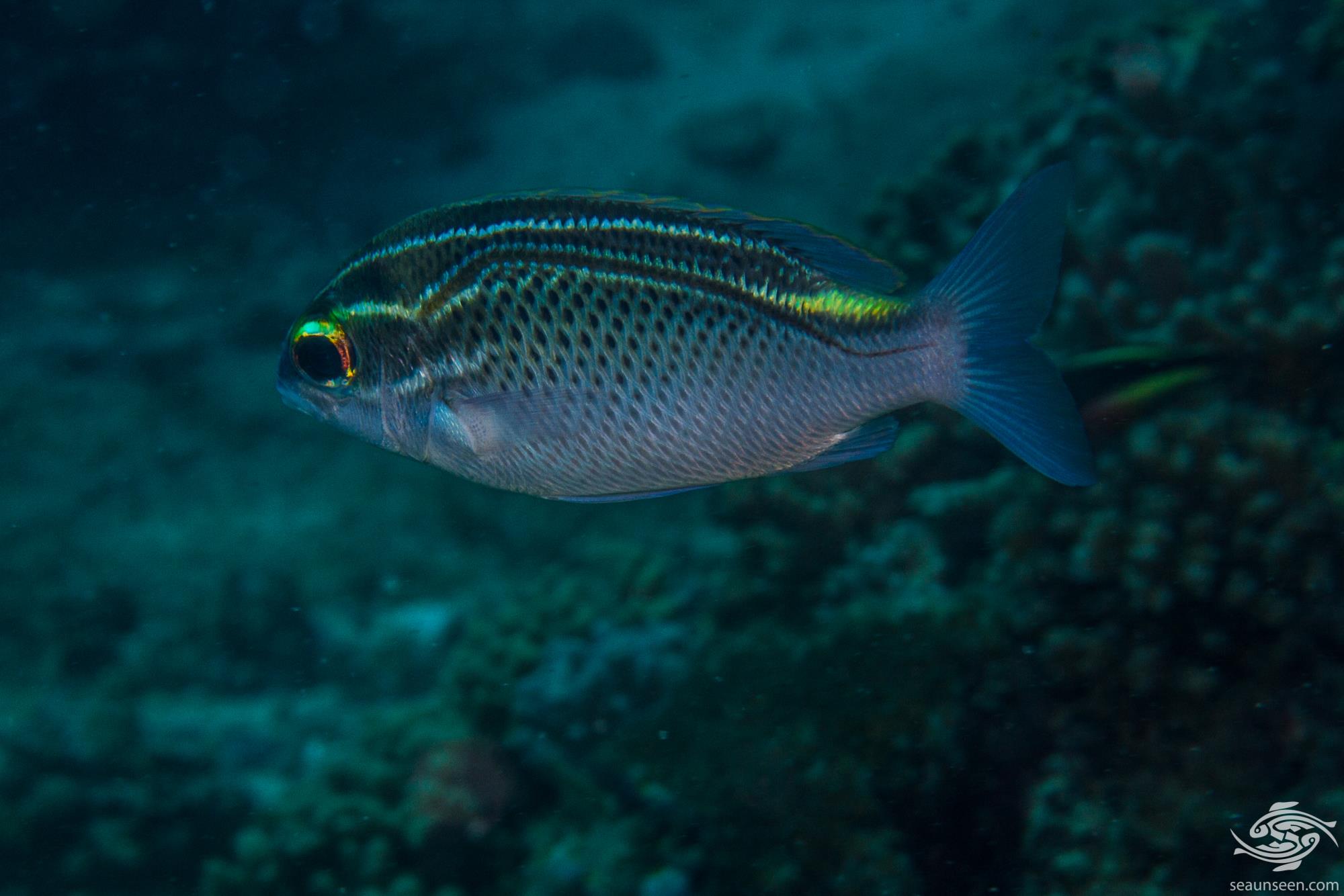 In East Africa they spawn from September to November and research has shown that the male to female ratio of fishes on the reef is slightly in favor of the males. Exactly why this is so is unknown. Breeding is related to water temperatures and the productivity of the water. 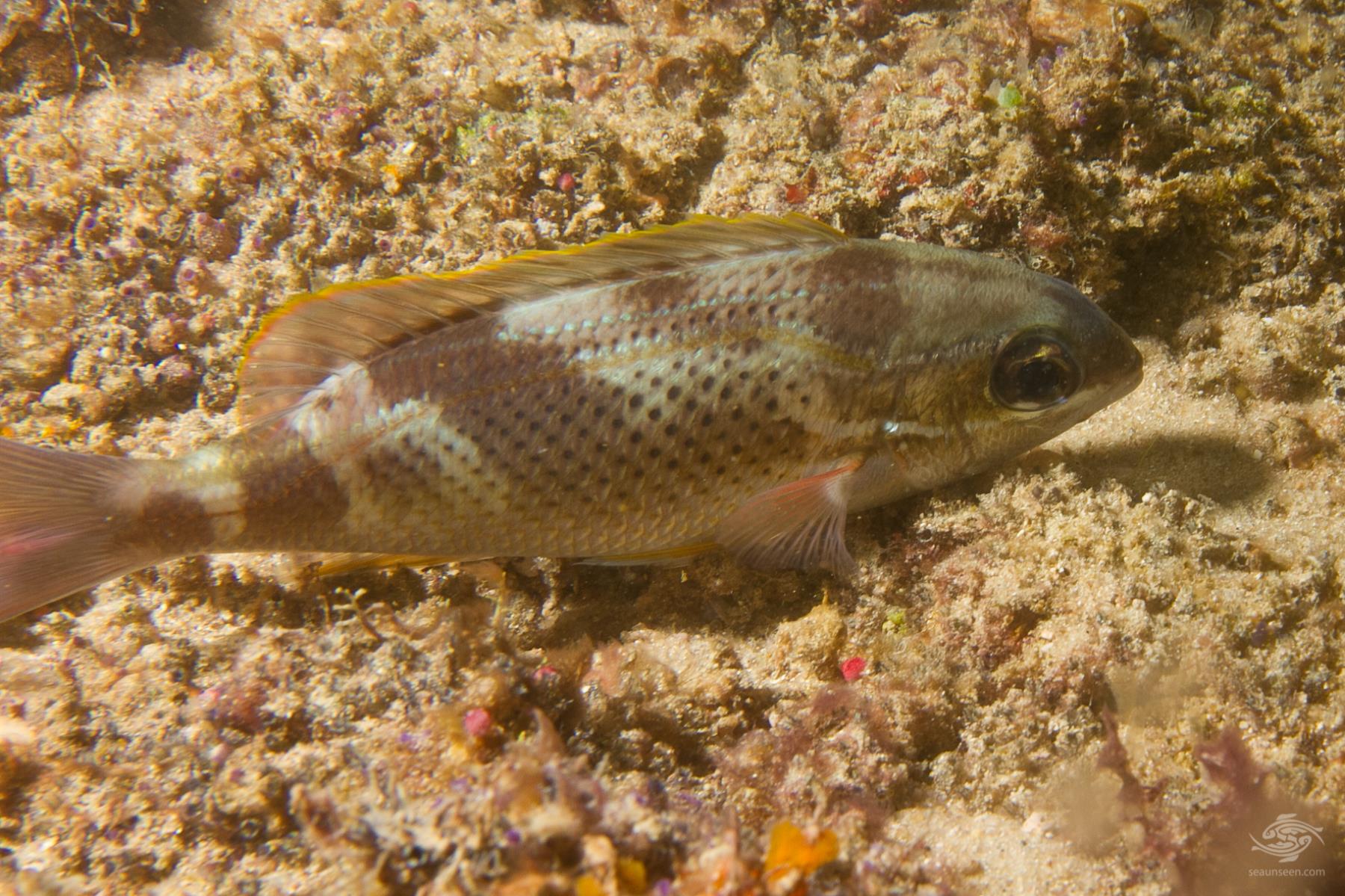 They are not exploited commercially, although they are eaten by subsistence fishermen in East Africa who mainly trap them in woven fish traps. They are reportedly quite tasty.

They are not commonly kept in aquariums. 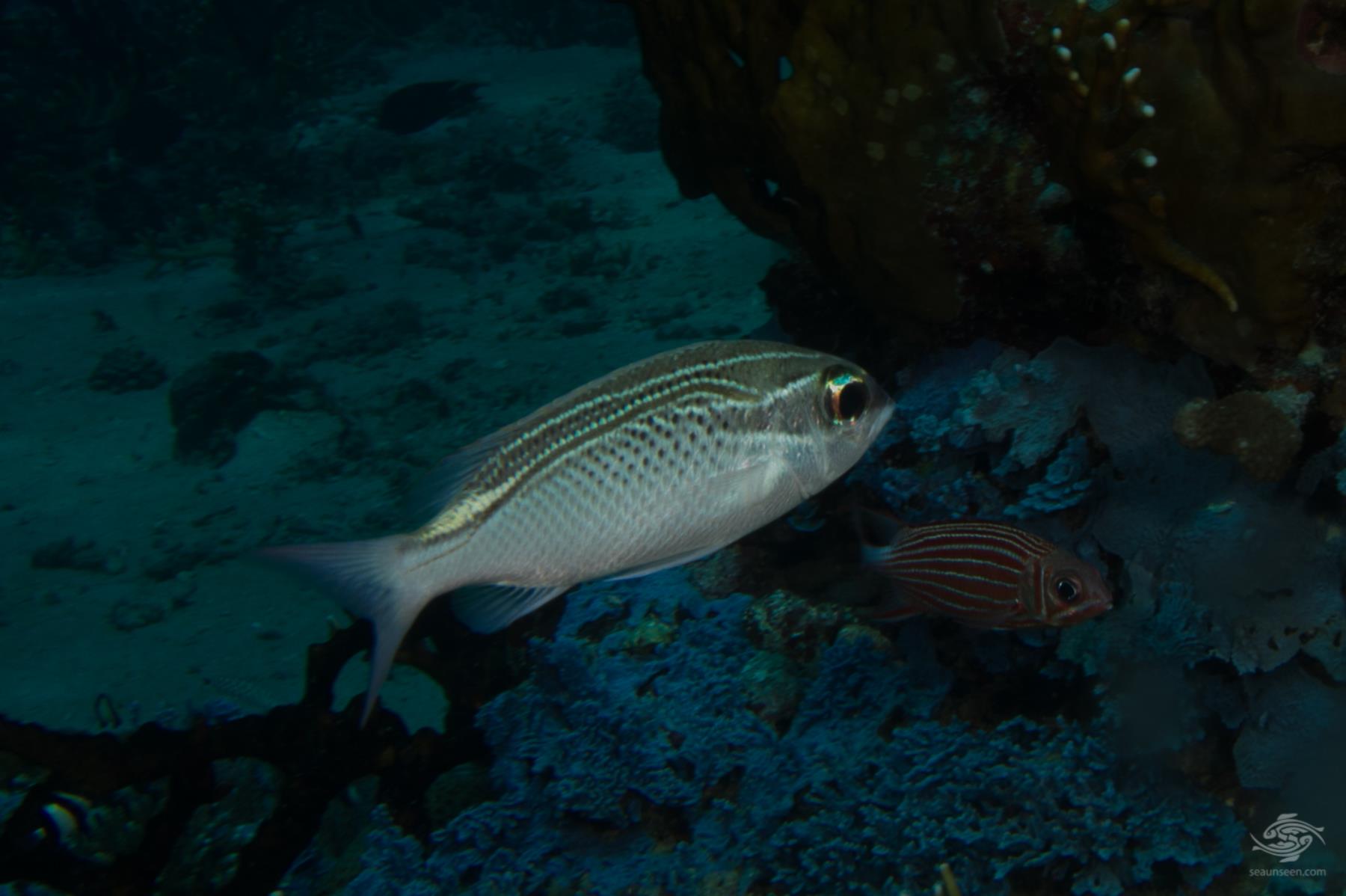