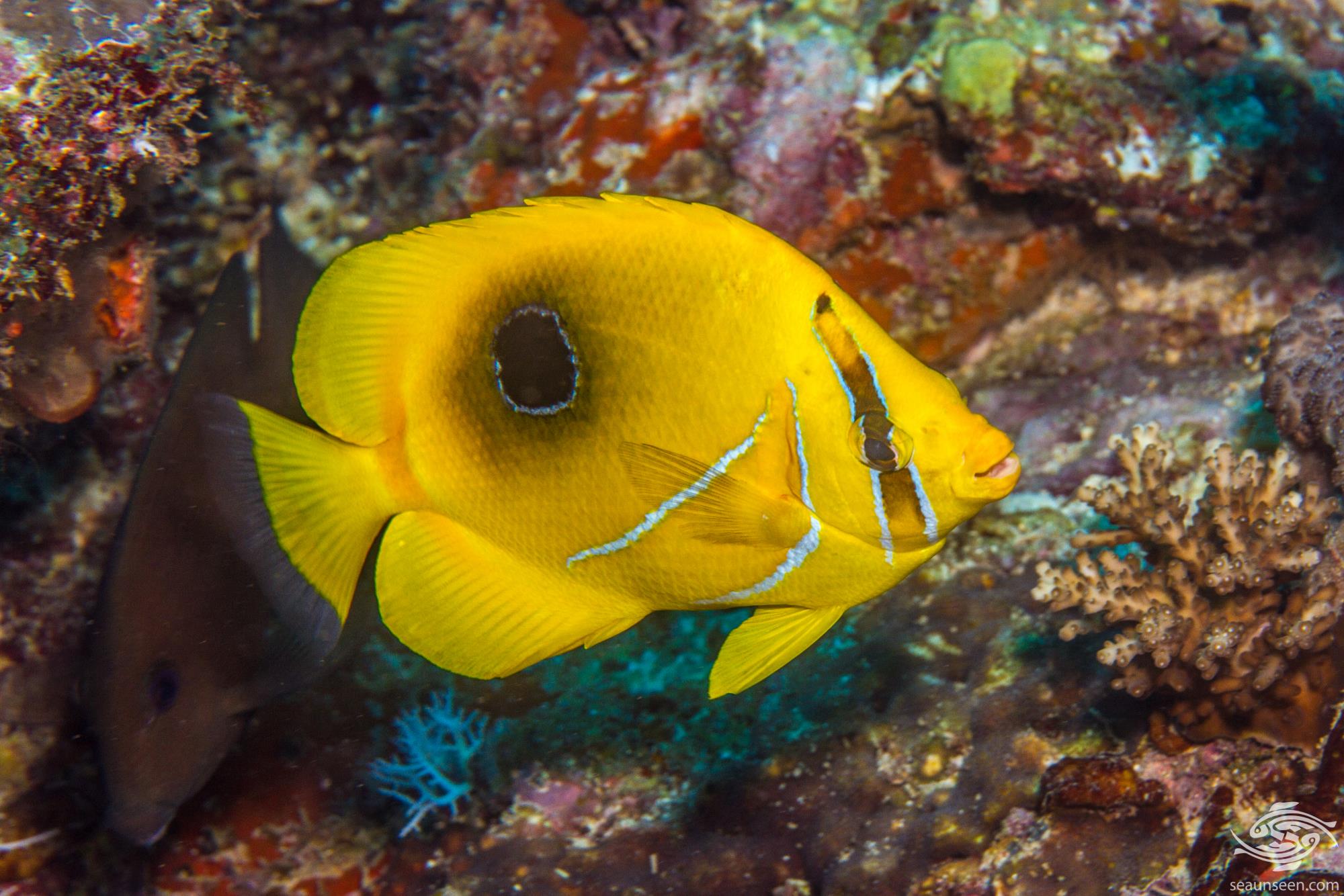 Archer Butterflyfish have a yellow body and fins.  There are two vertical light blue lines on either side of the eye and the area between the lines around the eye is a brownish colour. On the top of the gill plate two light blue lines curve downwards and backwards, the front line curving down onto the rear of the pelvic fin and the rear one curving down towards the mid anal fin. On the caudal area there is a light vertical orange bar and on the upper rear of the body there is a black patch with a light blue circle on it.

From a distance they are easy to mistake with the Zanzibar Butterflyfish (Chaetodon zanzibarensis) or the Yellow Teardrop Butterflyfish ( Chaetadon interuptus) The blue lines on the body are the identifying feature. 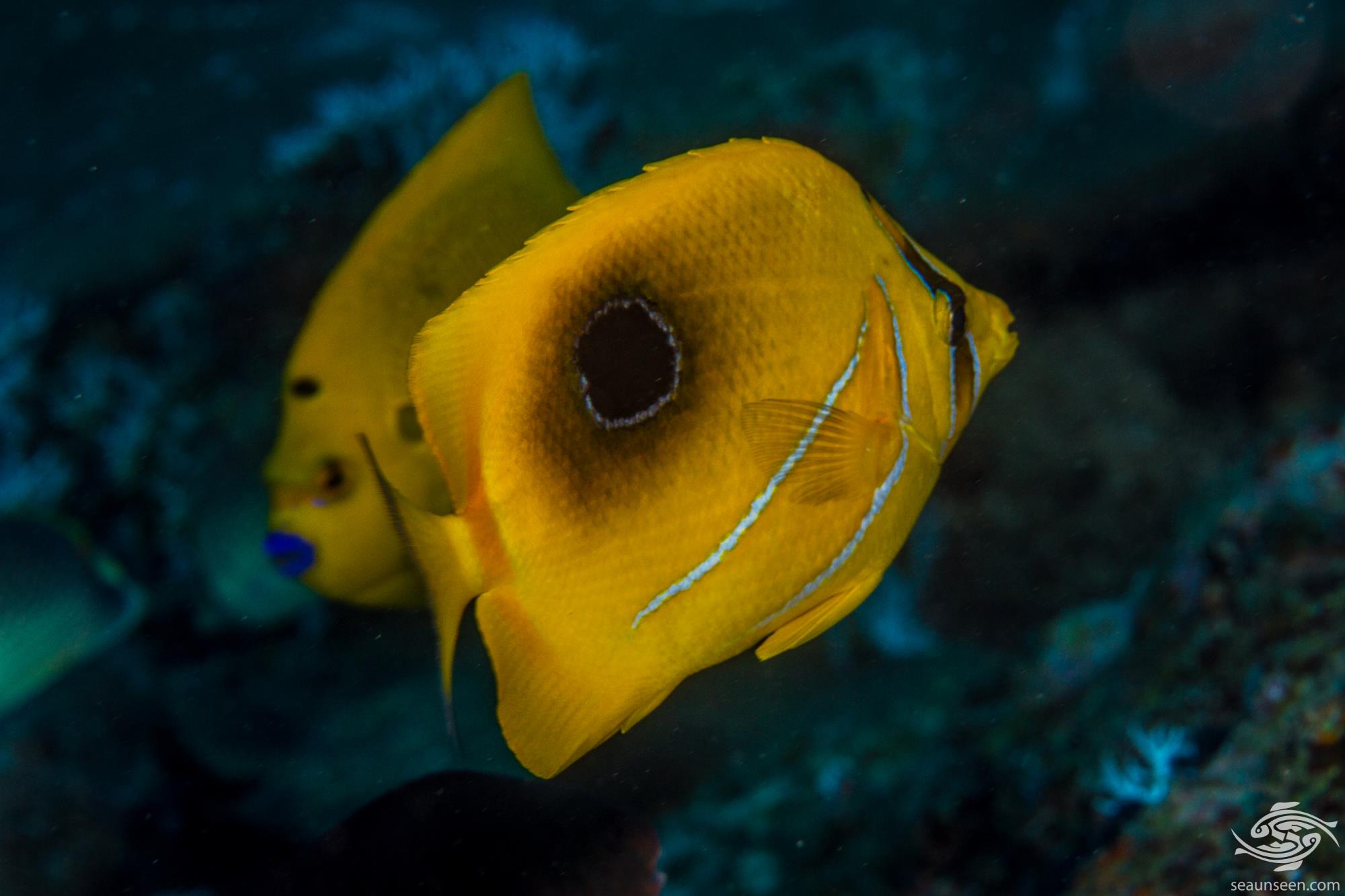 ARCHER BUTTERFLYFISH IN THE WILD

Archer Butterflyfish are not commonly seen on the Tanzanian mainland coast but are seen fairly regularly on Mafia Island and parts of Zanzibar.  They are usually seen in pairs but on occasion they are seen singularly.  Adults are usually seen around 12 to 20 meters in coral rich areas with strong currents and juveniles are found in shallower water usually around branching corals. 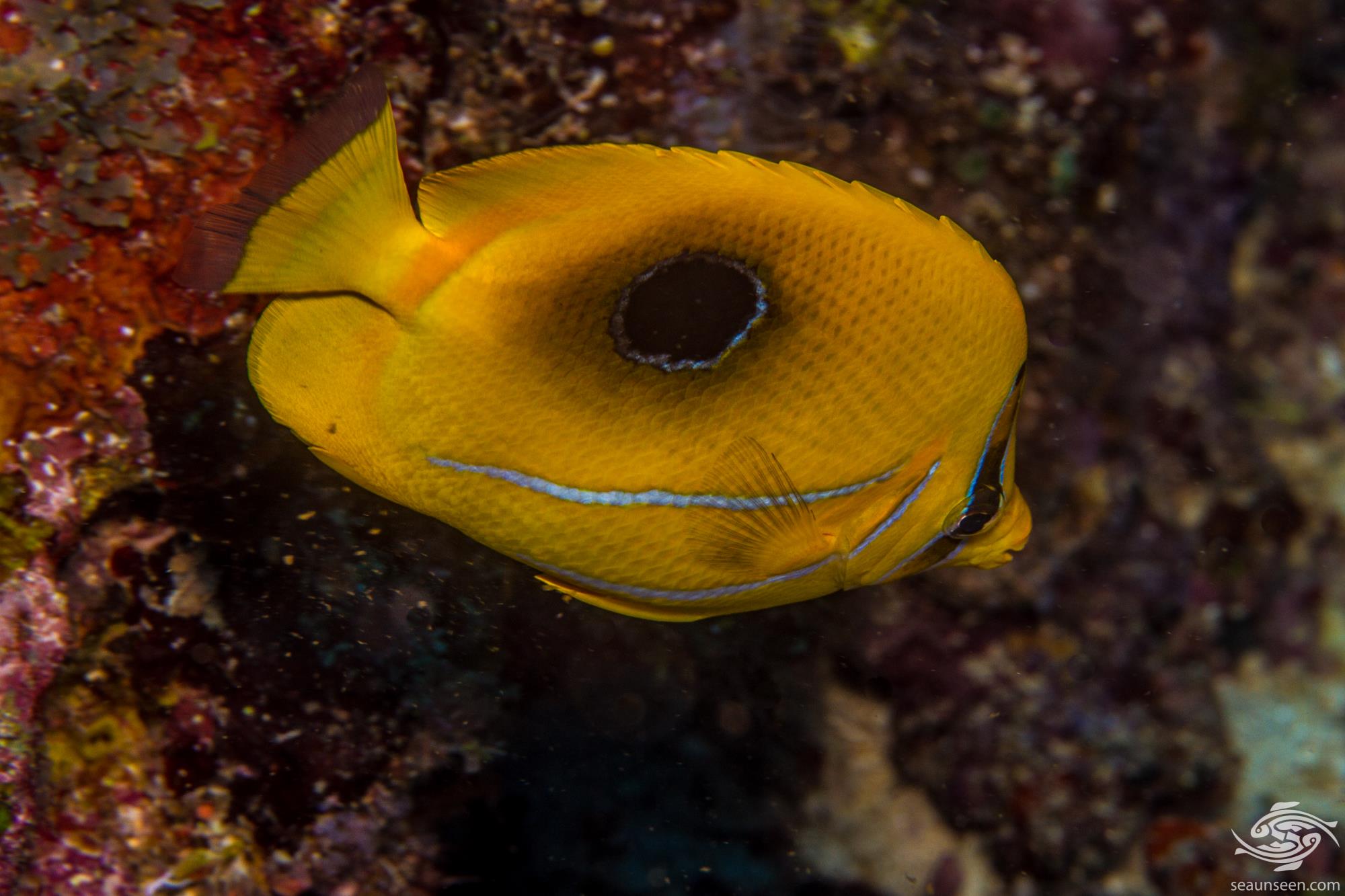 Archer Butterflyfish  are found on the East coast of Africa from south of Durban to the Red sea and eastwards to southern Japan , down south Australia including Lord Howe Island and the mid Pacific islands. Their depth range is between 1 meter to 60.   They are usually found in coral rich areas with strong tidal currents. 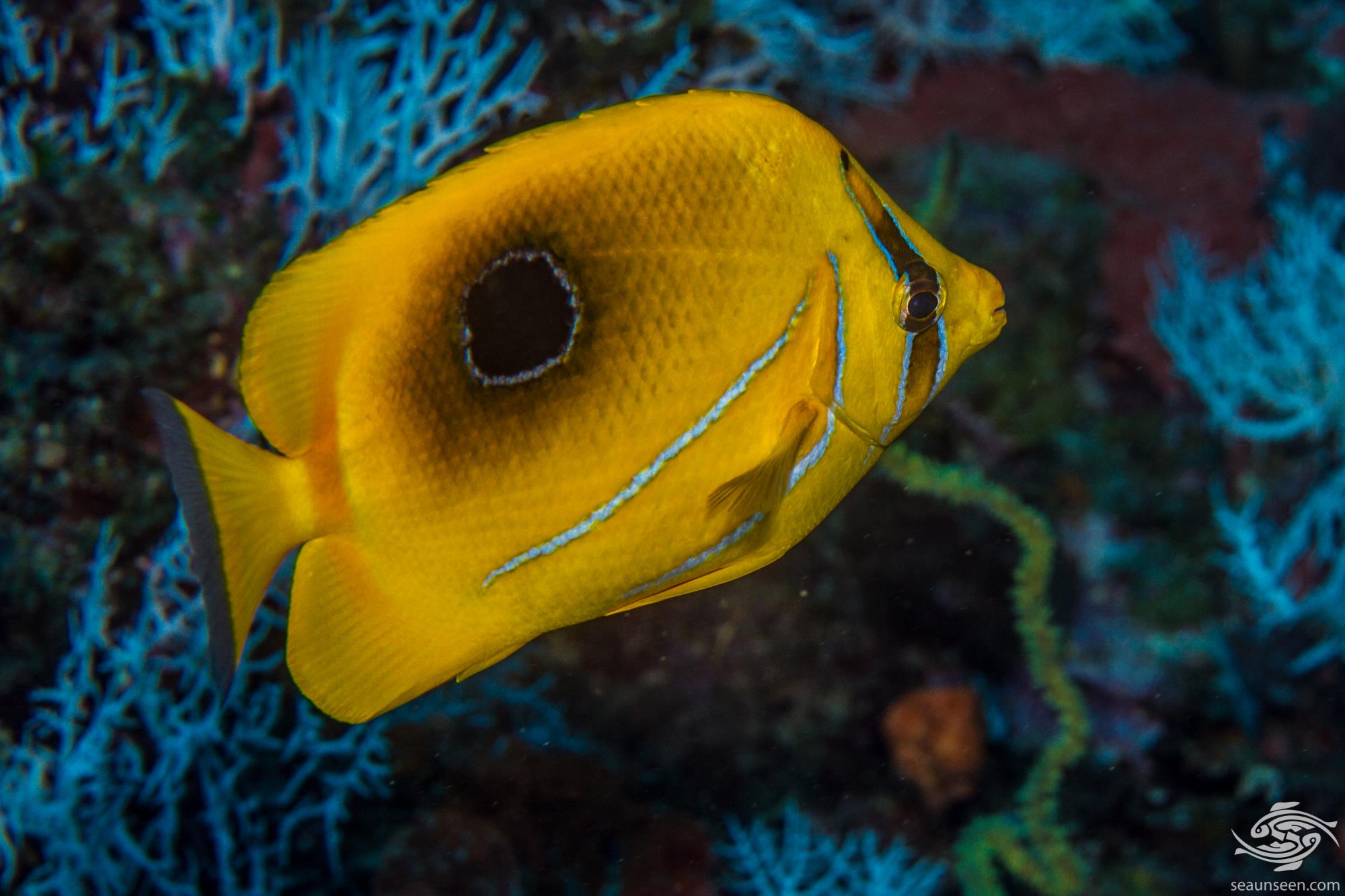 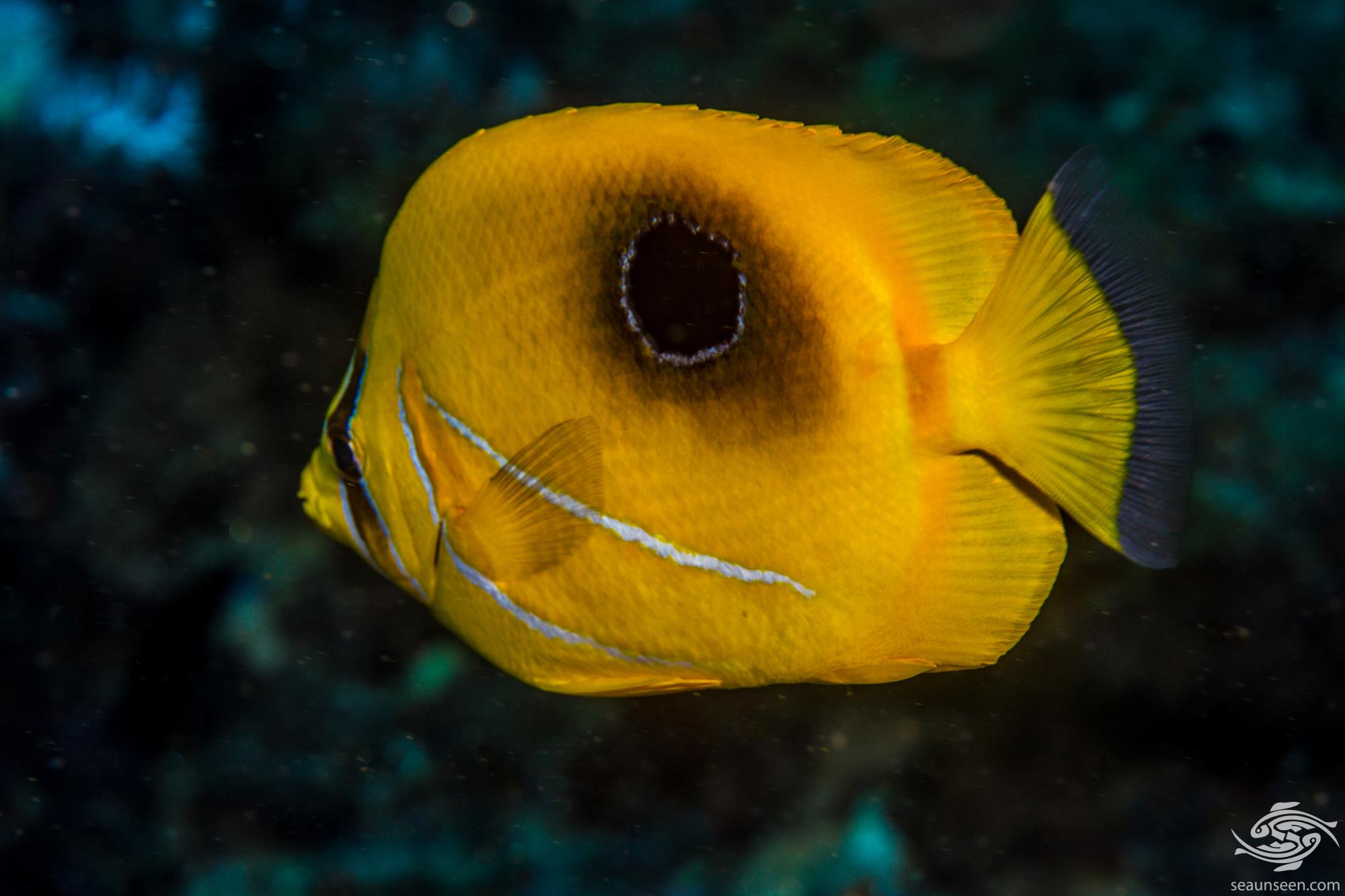 Little is known about the mating habits of the Archer Butterflyfish. They are however often seen in pairs which are probably monogamous. The female swells with eggs and spawning takes place by scattering into the water table with the male fertilizing the eggs.

The eggs are spherical and buoyant and it is thought they hatch in 28 to 30 hours. Once the eggs hatch a bony plate forms over the head area and the larvae called tholichthys, are pelagic for quite some time. They slowly develop into juveniles. This phase makes it extremely difficult to breed butterflyfish in aquariums. 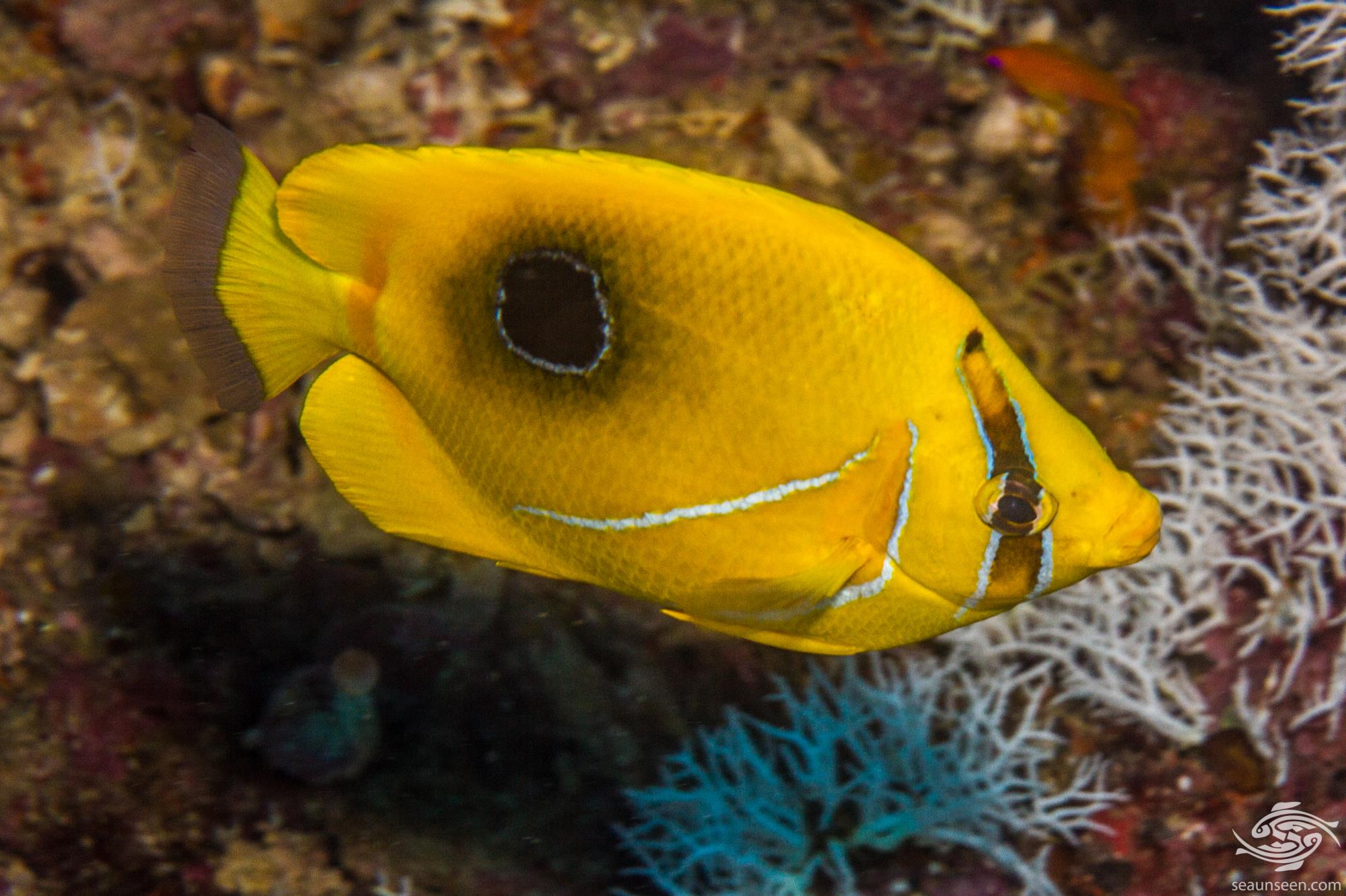 Archer Butterflyfish are seldom kept in private aquaria but are sometimes seen in public aquariums. Because they live exclusively on live coral polyps and are difficult to wean off of this diet, few aquarists keep them.  They are not reef safe and will probably also nibble on invertebrates.