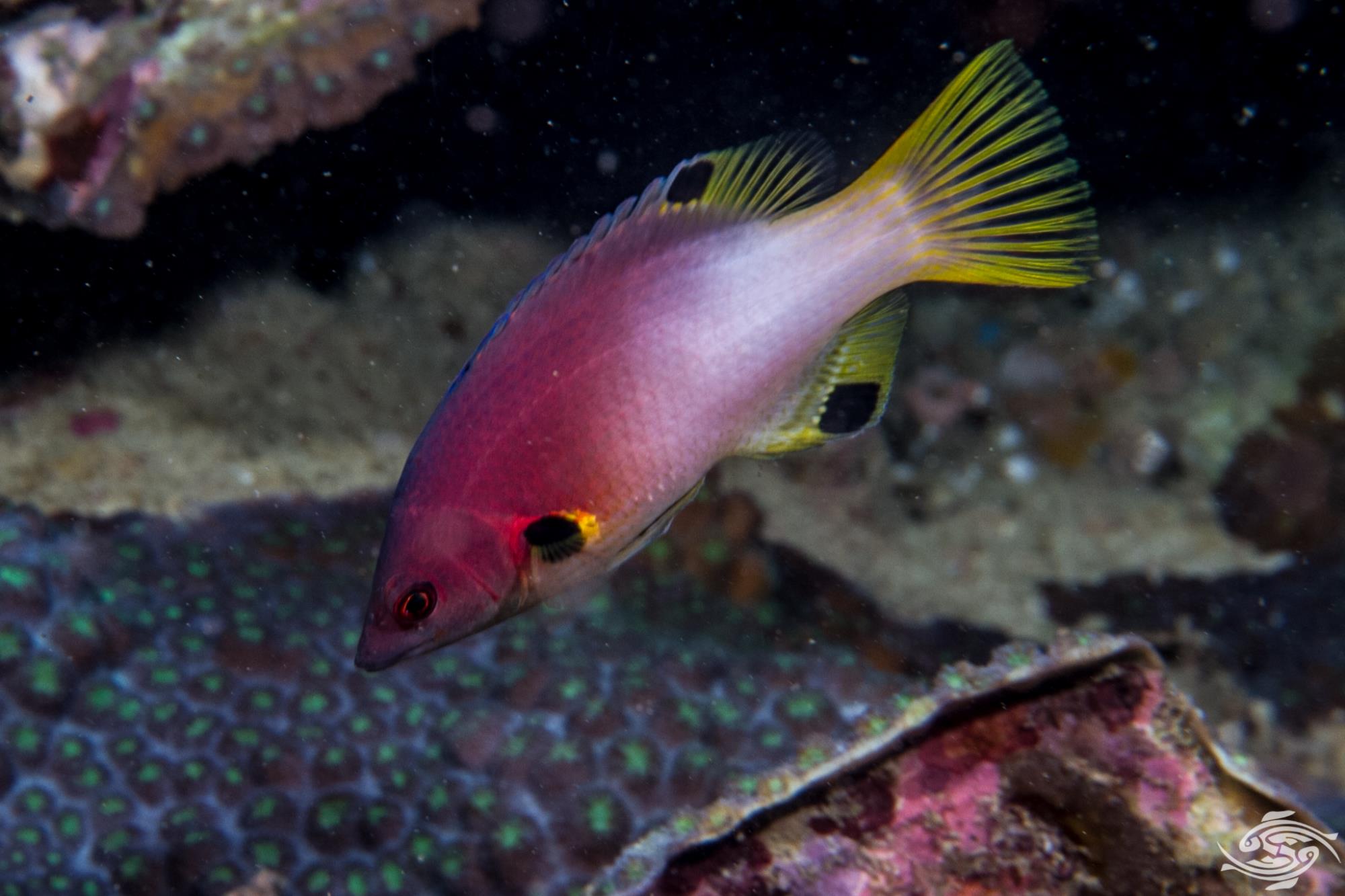 The Axilspot hogfish ( Bodianus axillaris) is also known as the Coral Hogfish, Axil Pigfish, Turncoat Hogfish and the Polkadot Wrasse. As with other members of the Bodianus family, they exhibit considerable divergence in looks between the juvenile ( pictured below) and the adult (pictured above) They are not common fish on the Tanzanian coast but are not rare. 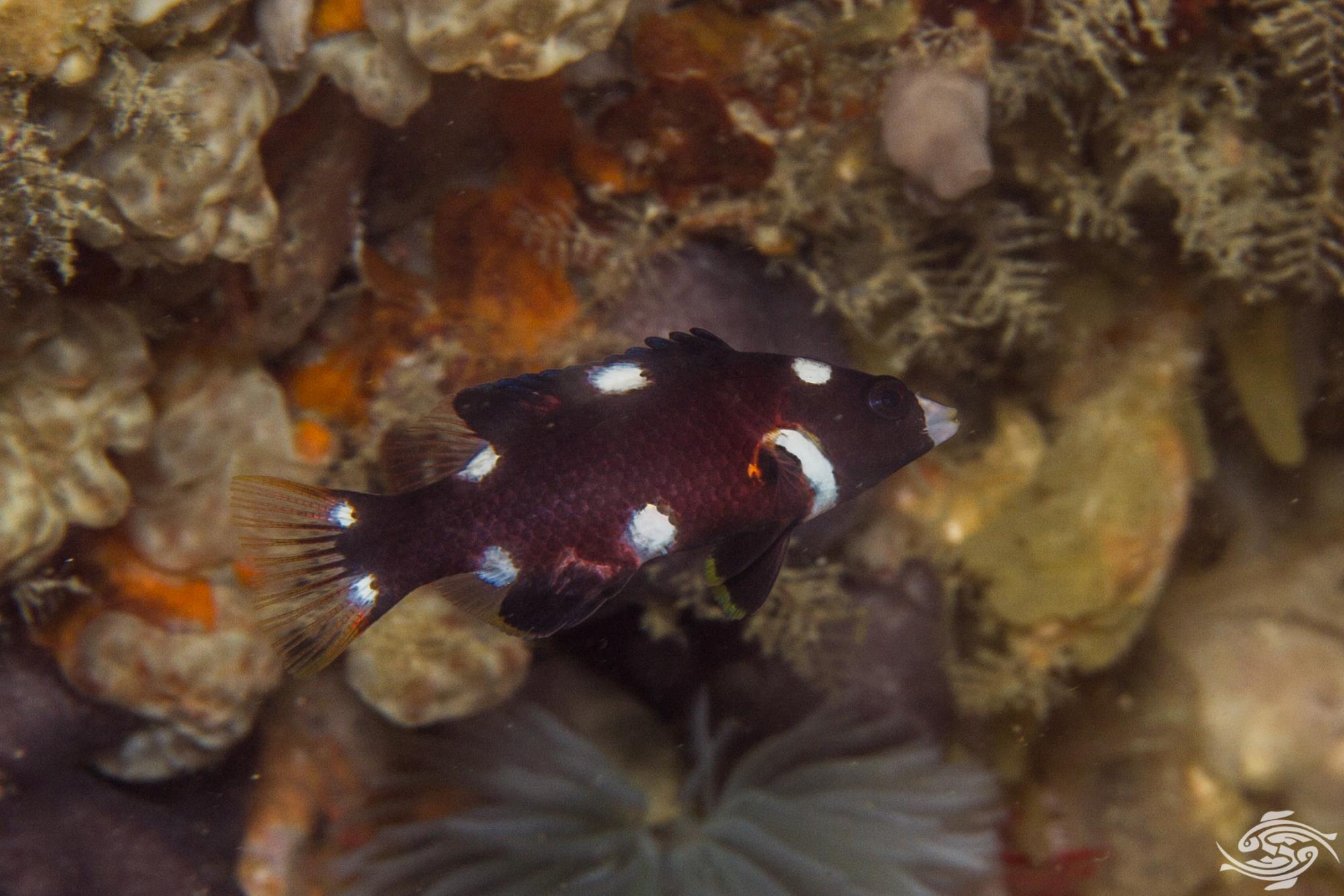 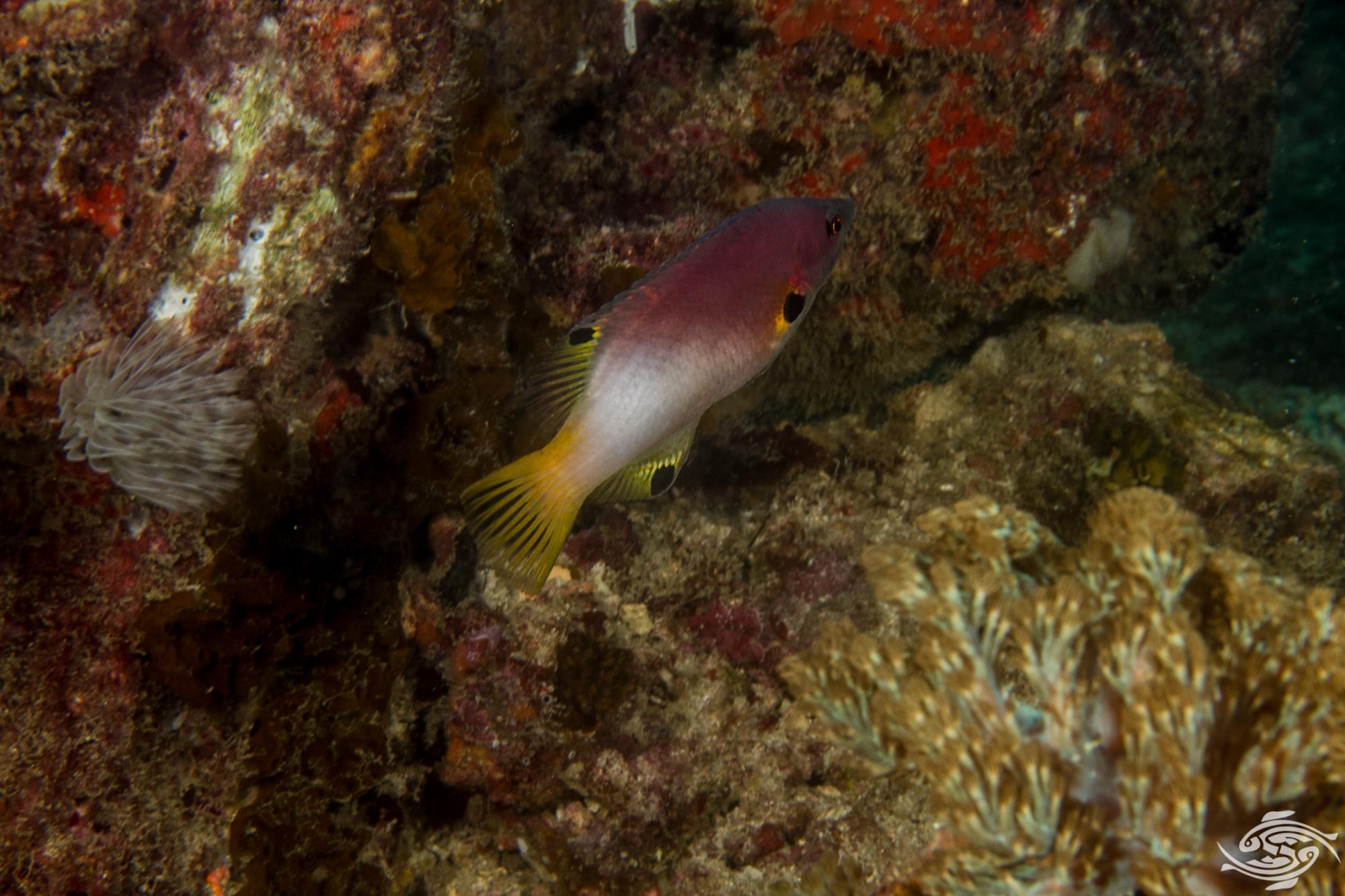 AXILSPOT HOGFISH IN THE WILD

The Axilspot Hogfish is not common in Tanzanian waters, but neither is it rare. The juveniles are surprisingly difficult to spot and their polka dot colouration is a good camouflage for the areas that they hang out in. Juveniles are almost always under an overhang or in a cave and the black white coloration blends in well. They are seldom far from shelter.  The adults are more conspicuous and easier to spot and are sometimes seen feeding with goatfish on reef tops. They are almost always found in coral rich areas rather than over rubble. It is not common to see more than one at a time. 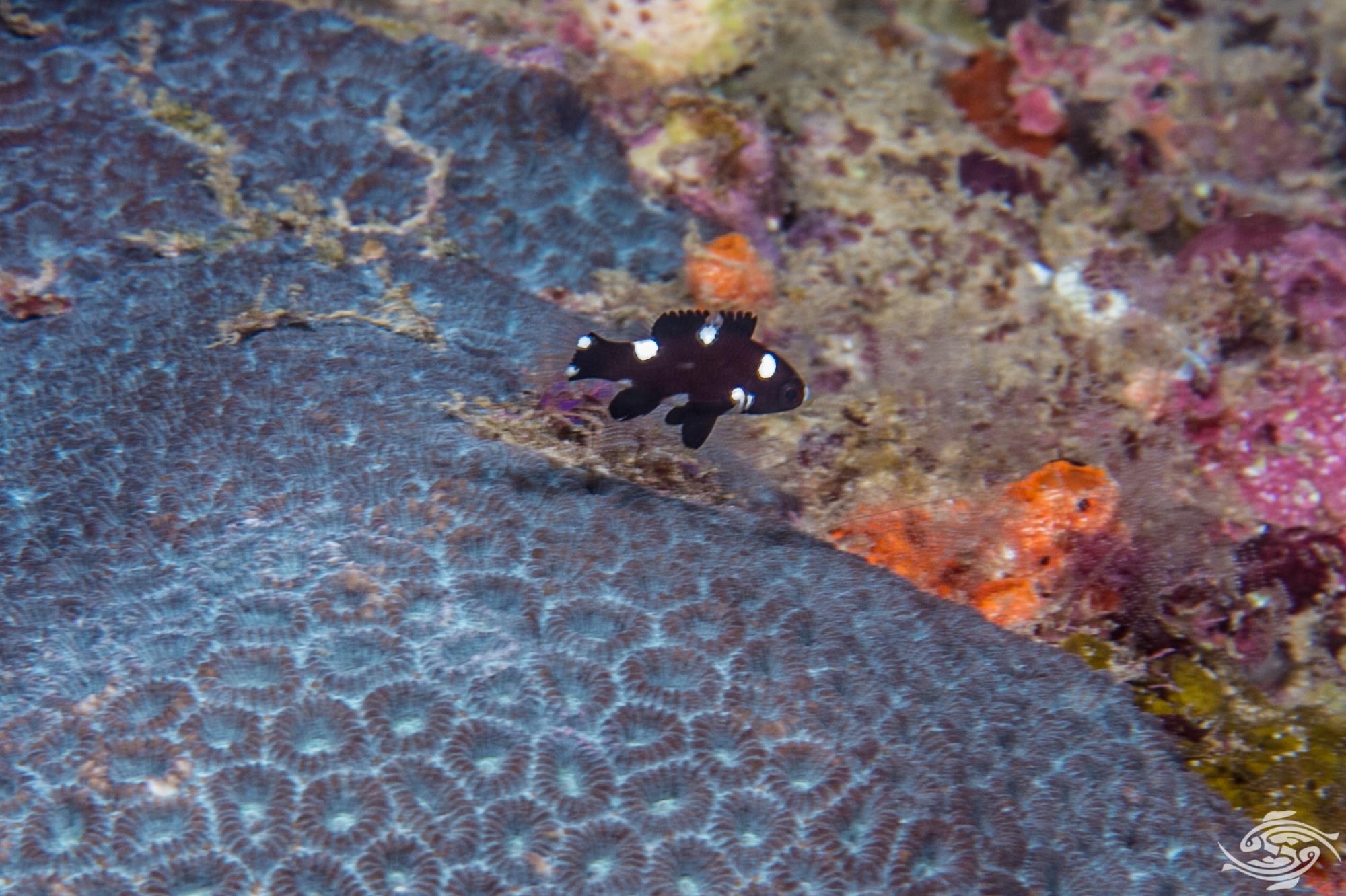 The Axilspot Hogfish is found across the Indo West Pacific including the Red Sea down to southern Kwa-Zulu Natal. The juveniles are always in caves or crevices, sometimes in branching corals. They tend to swim low close to the bottom. They are also common in soft corals on the top and sides of walls. 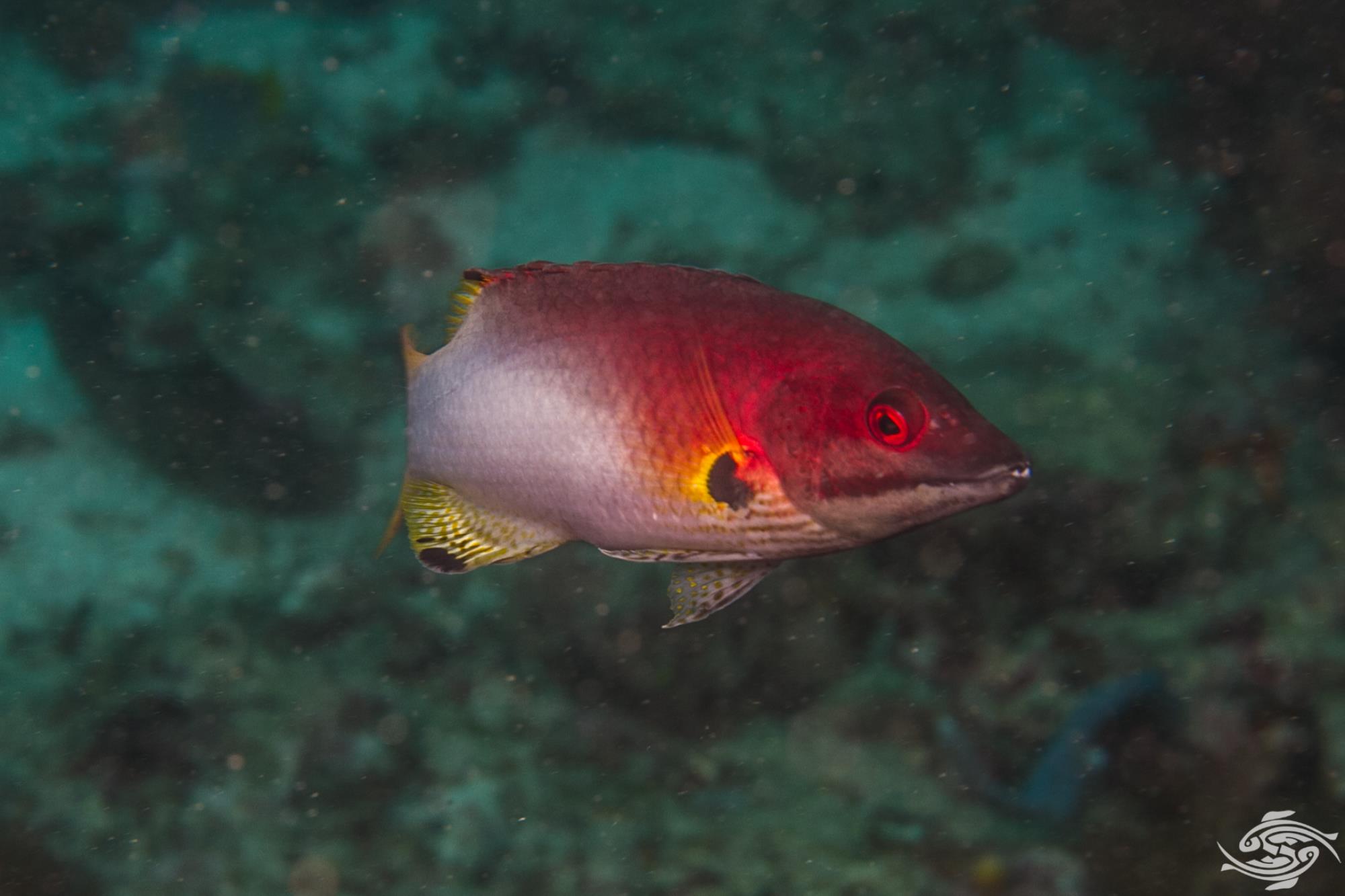 The Axilspot Hogfish feed on small crustaceans and mollusks and feed individually. On rare occasions they have been seen swimming with groups of goatfish feeding on the surface of the reef. The juveniles are said to act as cleaners for other fish but we have never seen this behavior. 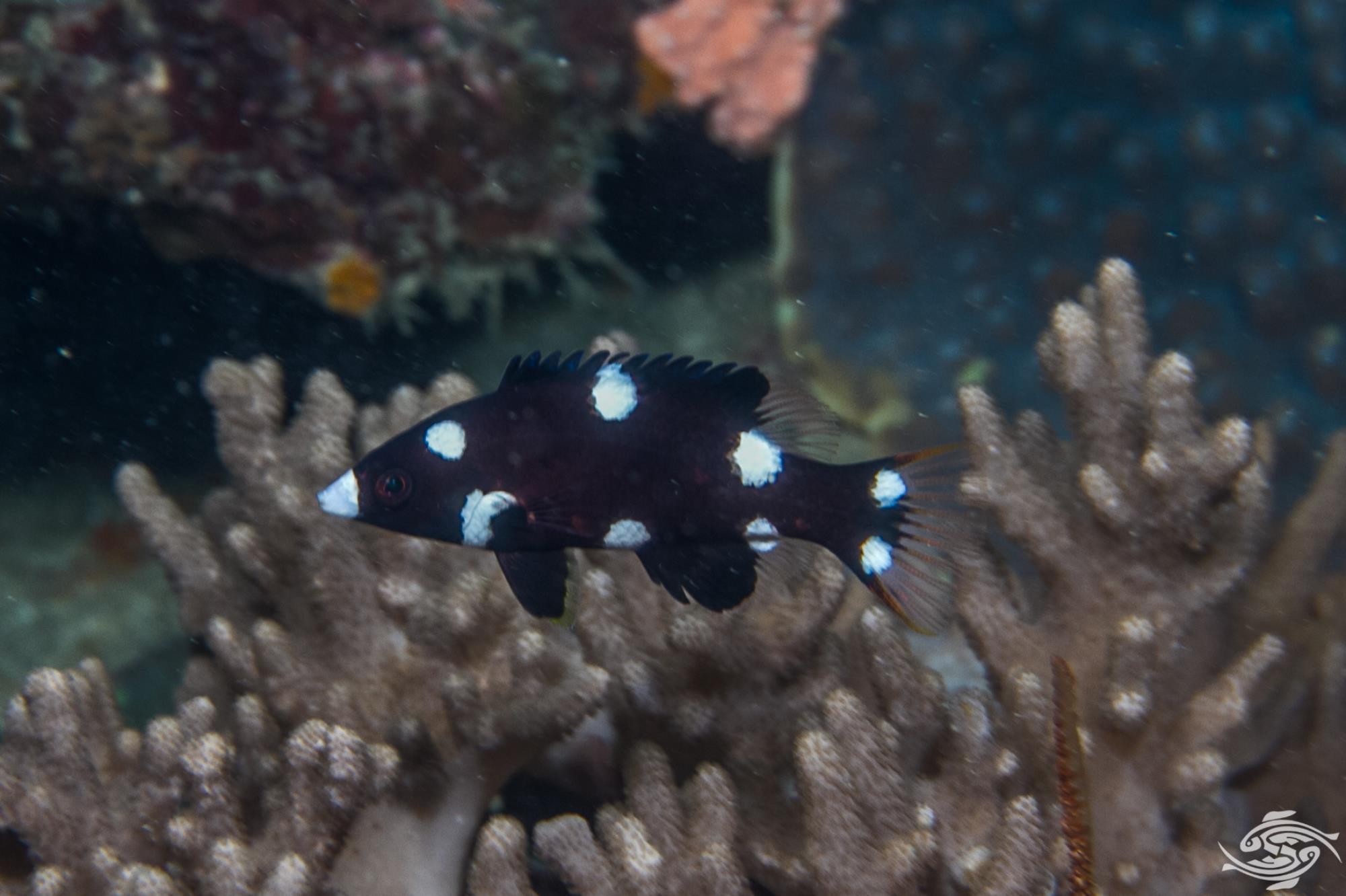 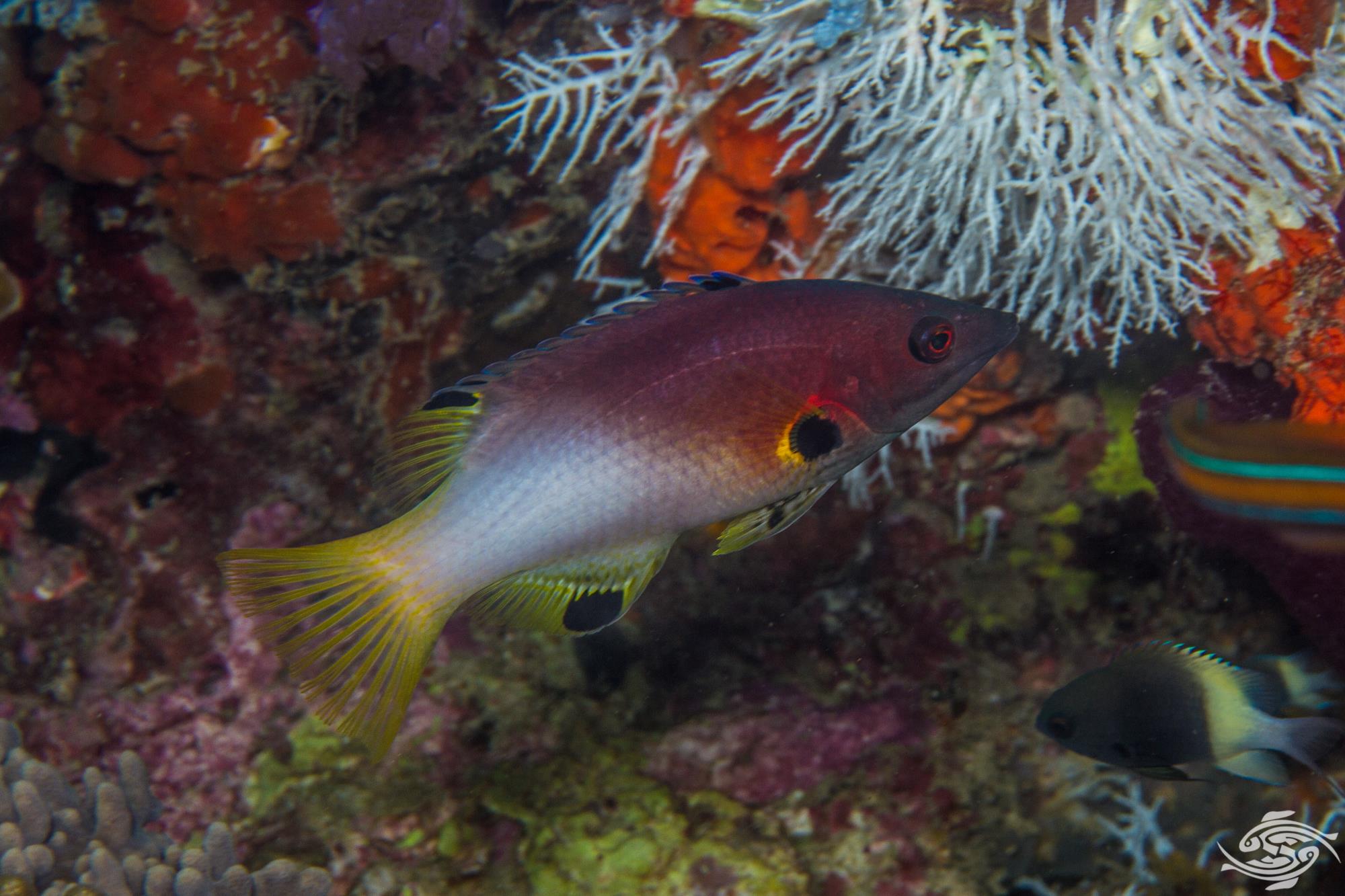 Axilspot Hogfish are kept in aquariums but may become territorial and aggressive towards similar sized fish and because of this are not commonly kept. They require good hiding places and plenty of water to swim in. A larger tank is therefore a prerequisite. They may also take some time to acclimatize into a tank. It may be best to start with a juvenile and allow it to grow into the tank. They do well in aquariums and are easy to feed. 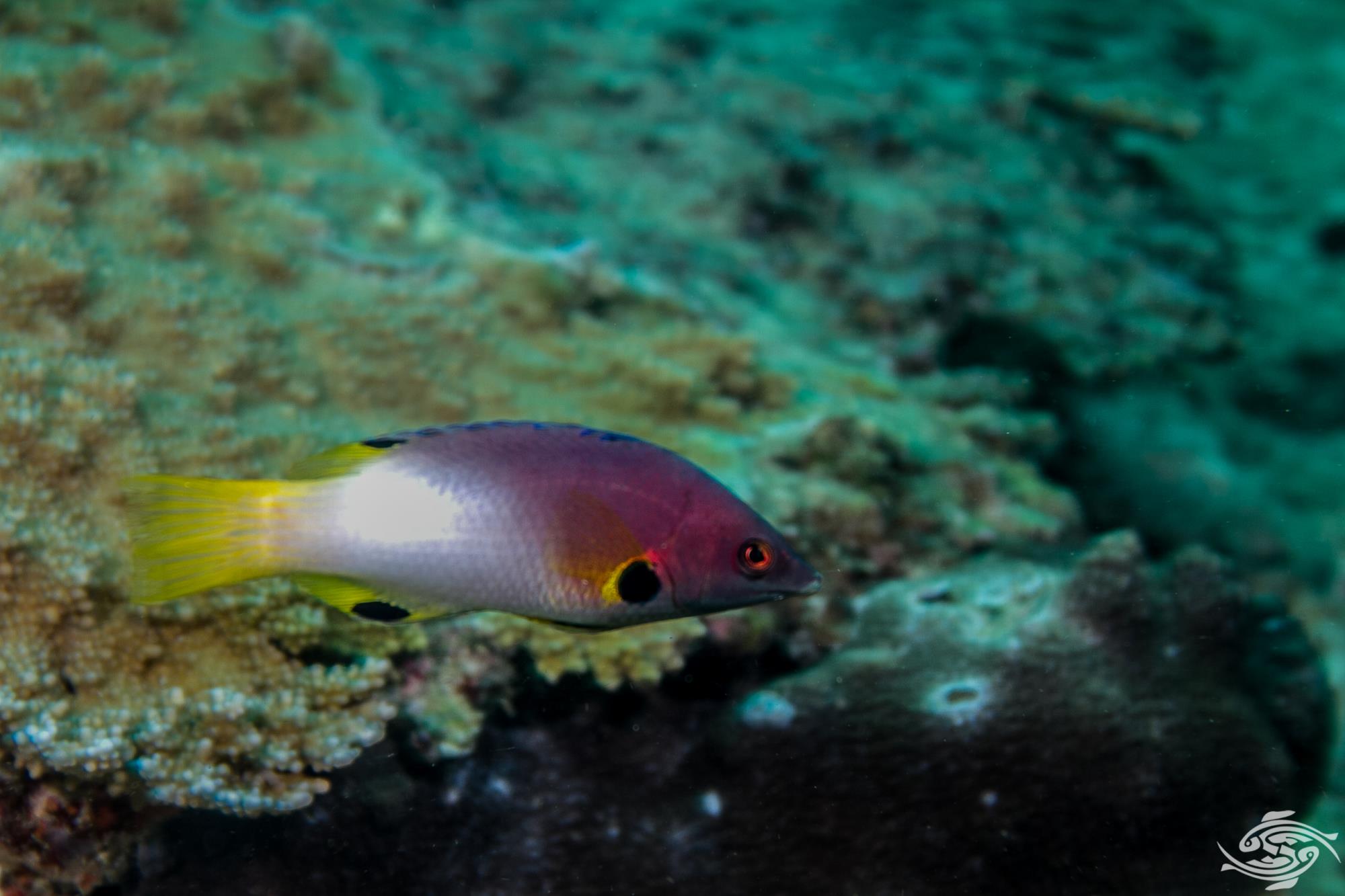 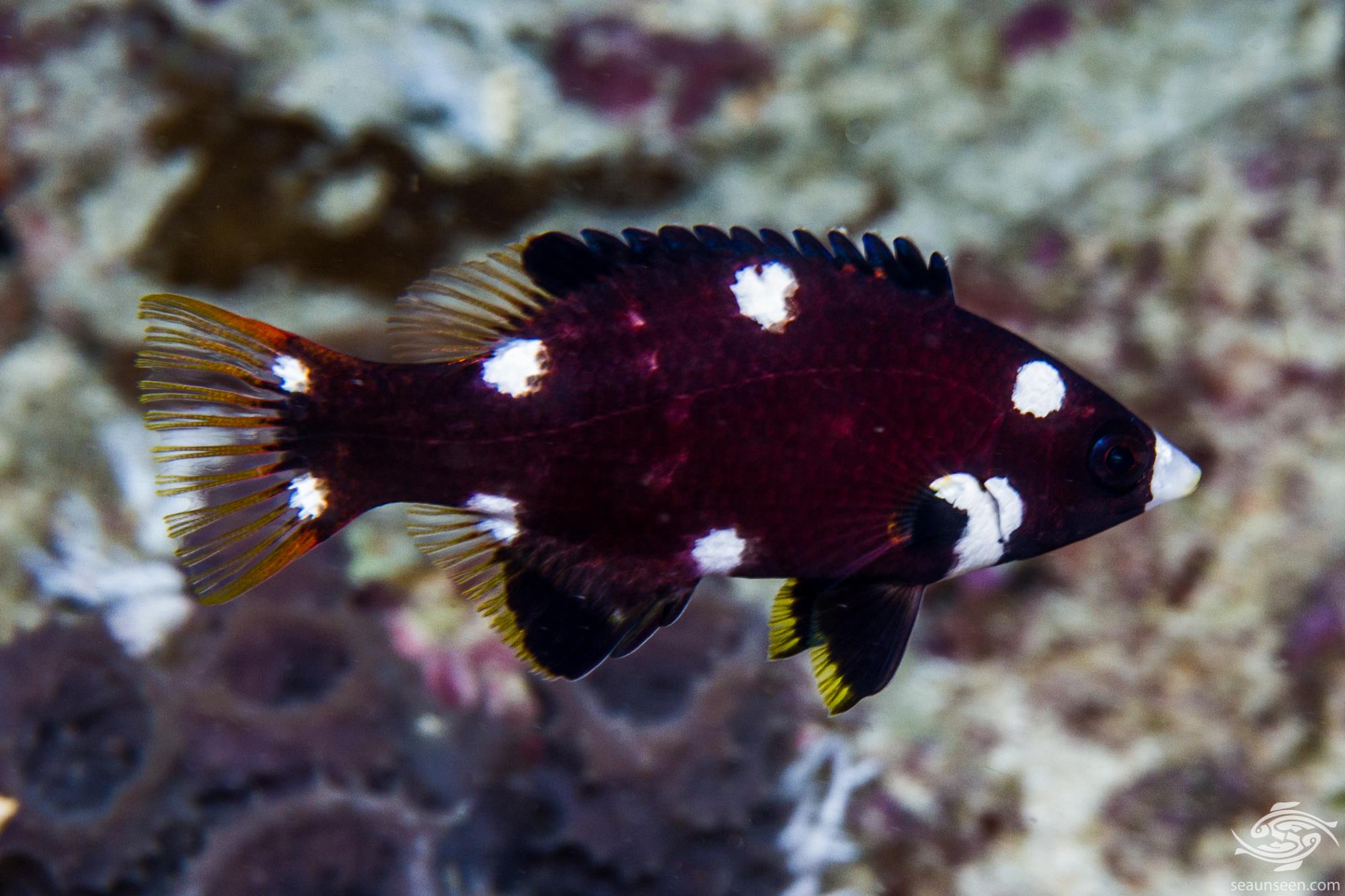