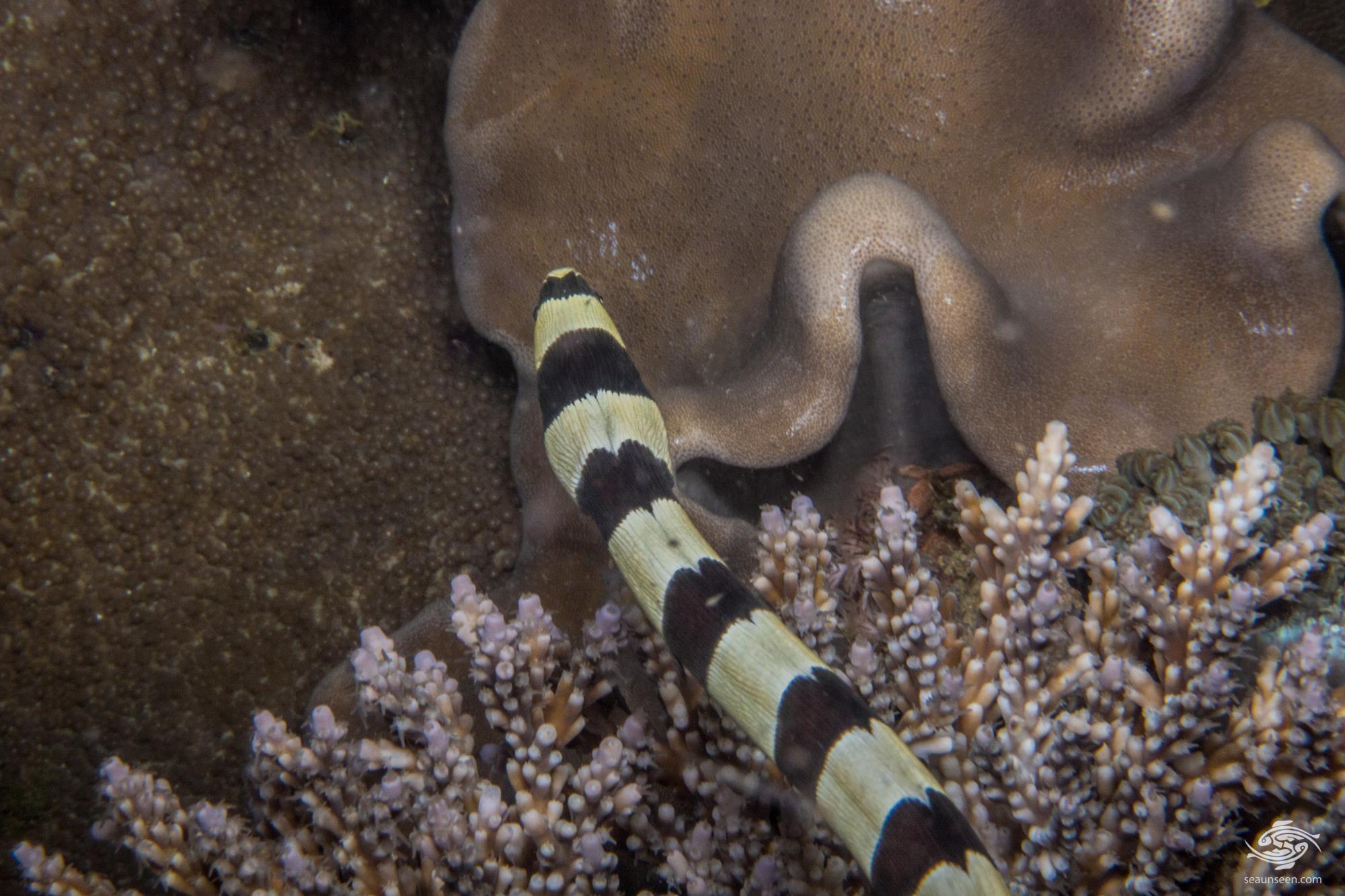 The Banded snake eel (Myrichthys colubrinus) is also known as the Ringed snake eel or Harlequin snake eel . They are not common in Tanzania and we have only seen one specimen in several years of diving.

The Banded snake eel grows up to 97 cm in length.  Its serpentine shaped body has a white background color covered with a series of  regularly spaced well defined dark brown rings around the body. The dorsal fin is prominent and extends down the rear two thirds of the body. This can be seen in the image below and is extended during swimming. 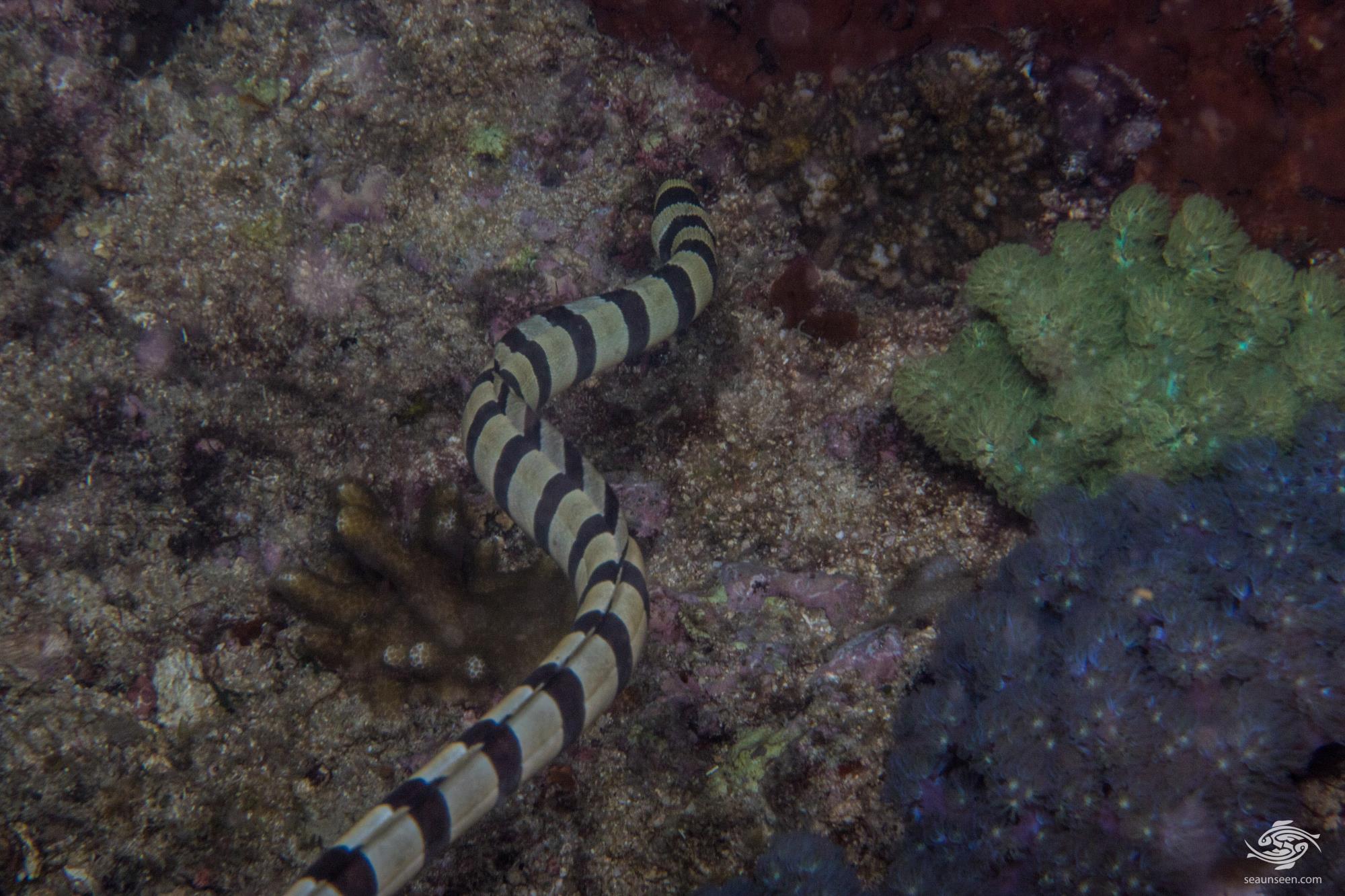 BANDED SNAKE EEL IN THE WILD

The  Banded snake eel mimics the Yellow-lipped sea krait (Laticauda colubrina) which is extremely venomous but is only found in part of their range. There is some research that indicates that where the Yellow-lipped sea krait is found that they feed openly during the day whereas in other parts of their range they only feed nocturnally.  In Tanzania their behavior is to feed nocturnally. 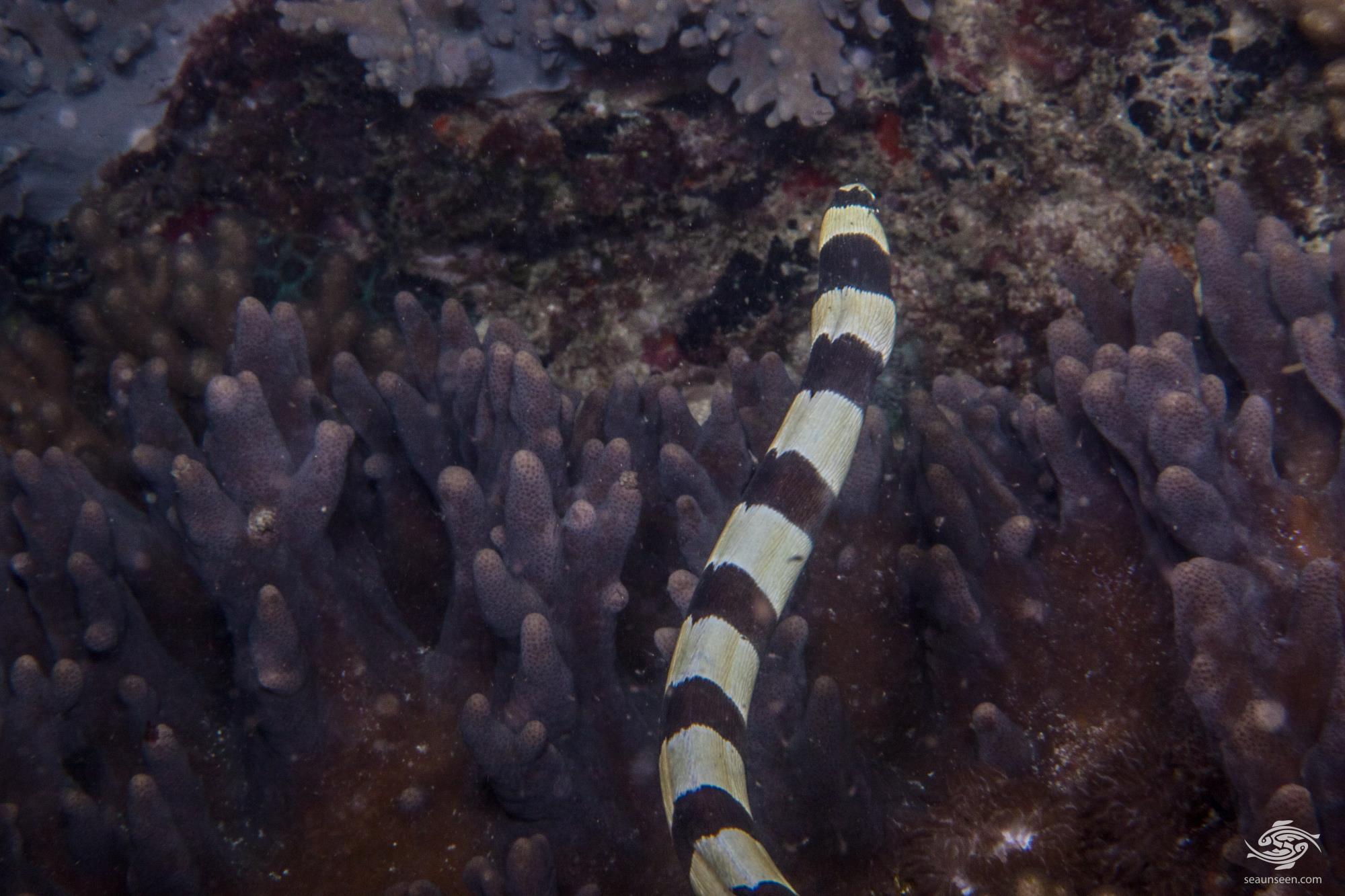 They swim low over the bottom smelling in small crevices and holes for prey as can be seen in the images. Heemstra notes that they are sometimes found mummified in the body cavities of larger fish, seemingly having been swallowed whole and then using their sharp pointed tail to burrow out of the stomach. Recently further evidence of this has emerged from Australia. 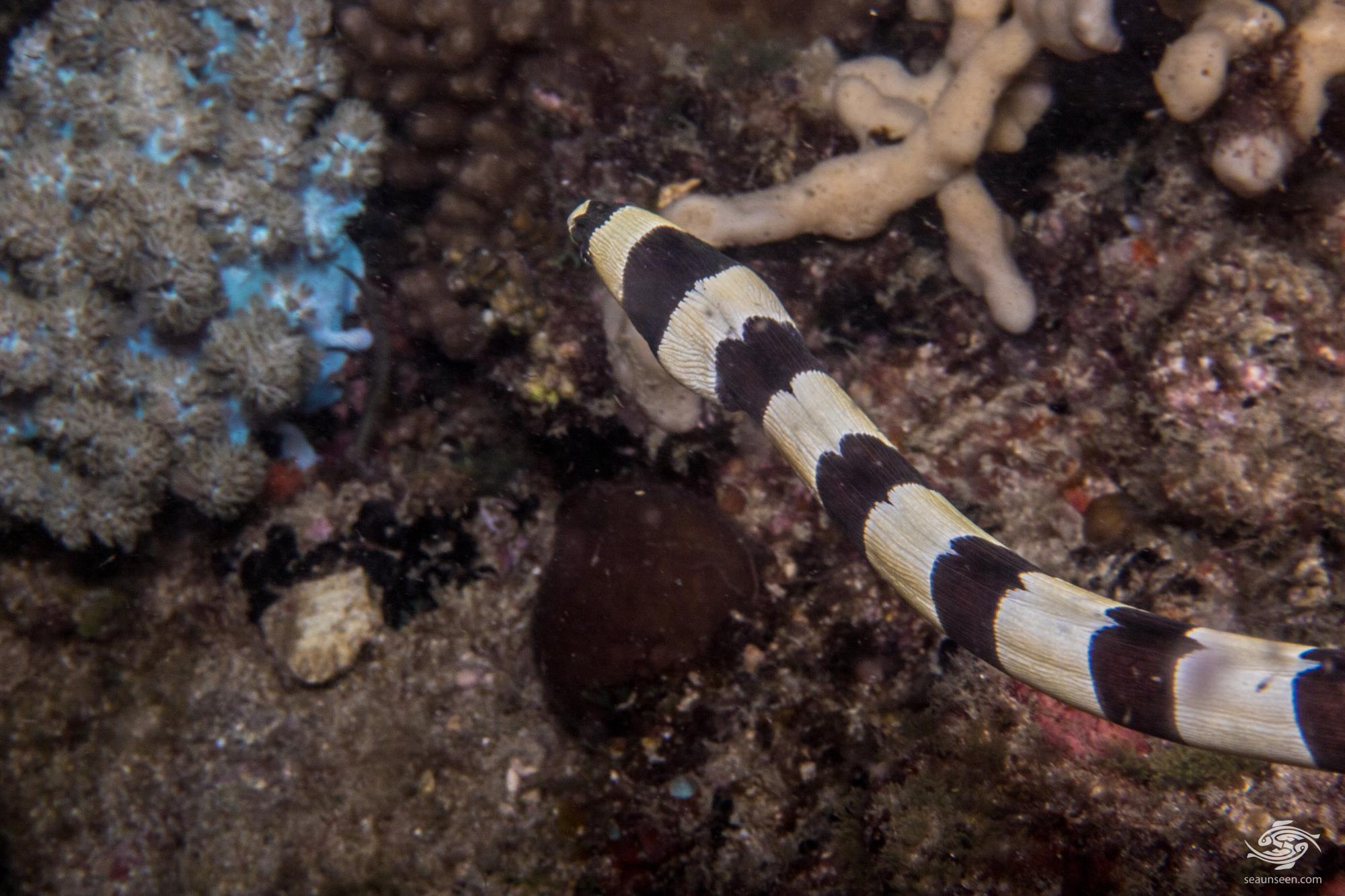 The Banded snake eel is widespread across the Indo-Pacific area from the Red Sea south to Delagoa Bay, Mozambique and eastwards to the Society Islands and French Polynesia. They are found on sandy bottoms , coral reefs, rocky reefs . They are found from depths of 5 to 20 meters and the specimen observed in Tanzania was at 12 meters. 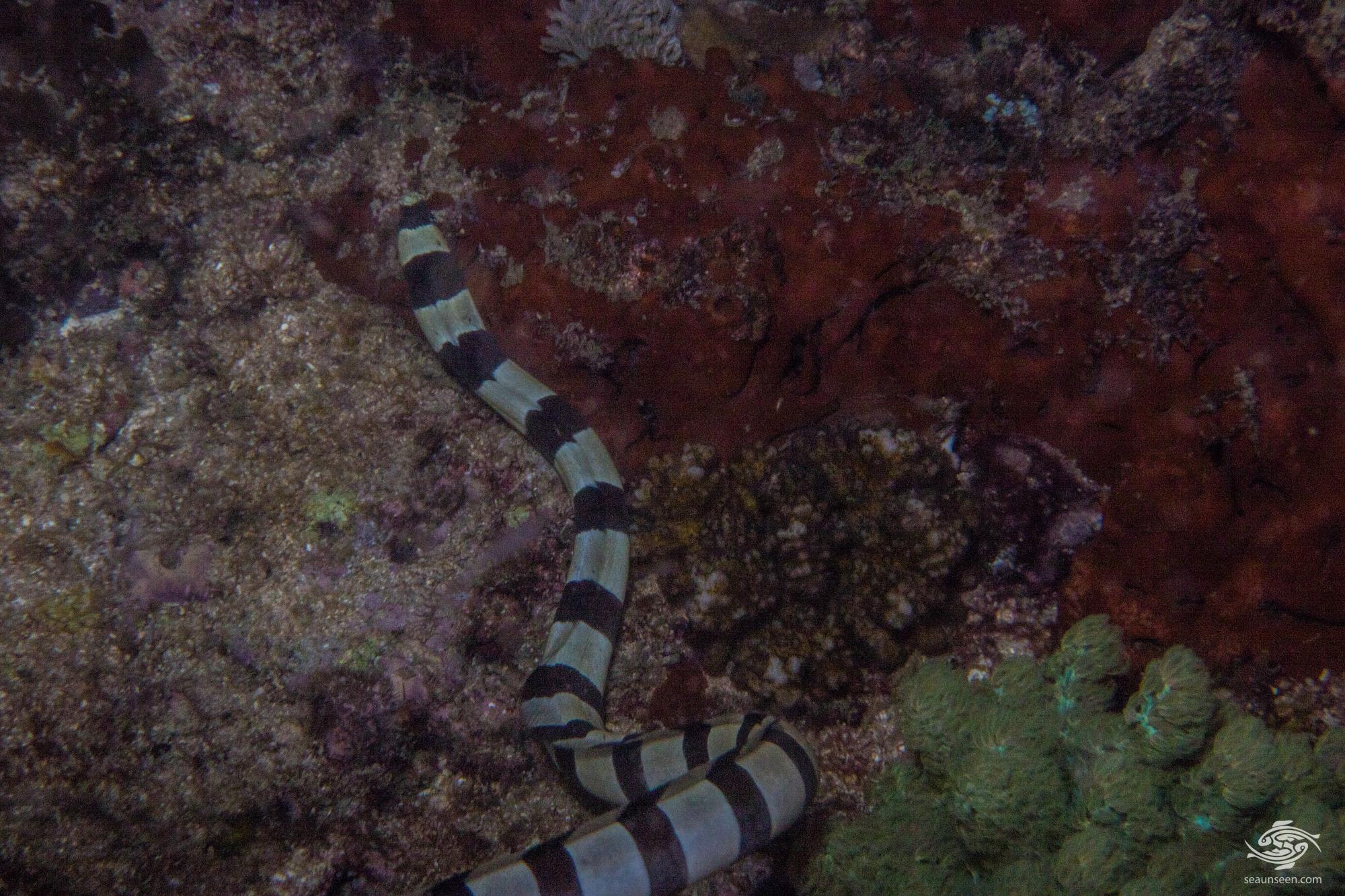 The Banded snake eel is carnivorous, and certainly in Tanzania does most of its hunting at night.  They feed mainly on small fish and crustaceans. Their main hunting tool is their excellent sense of smell which makes up for their poor eyesight. 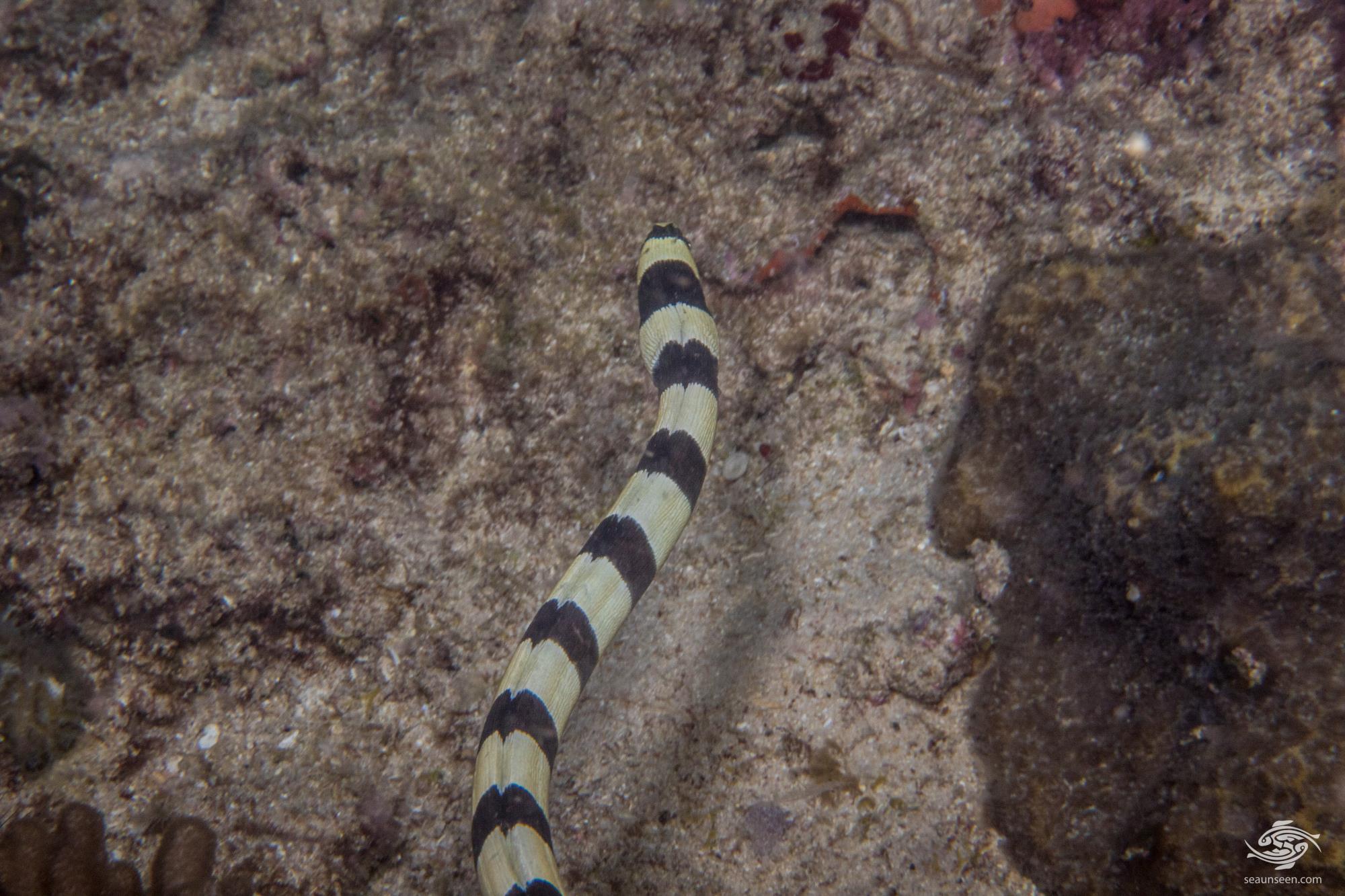 Very little seems known on their mating habits of any type of snake eel other than they are oviparous. 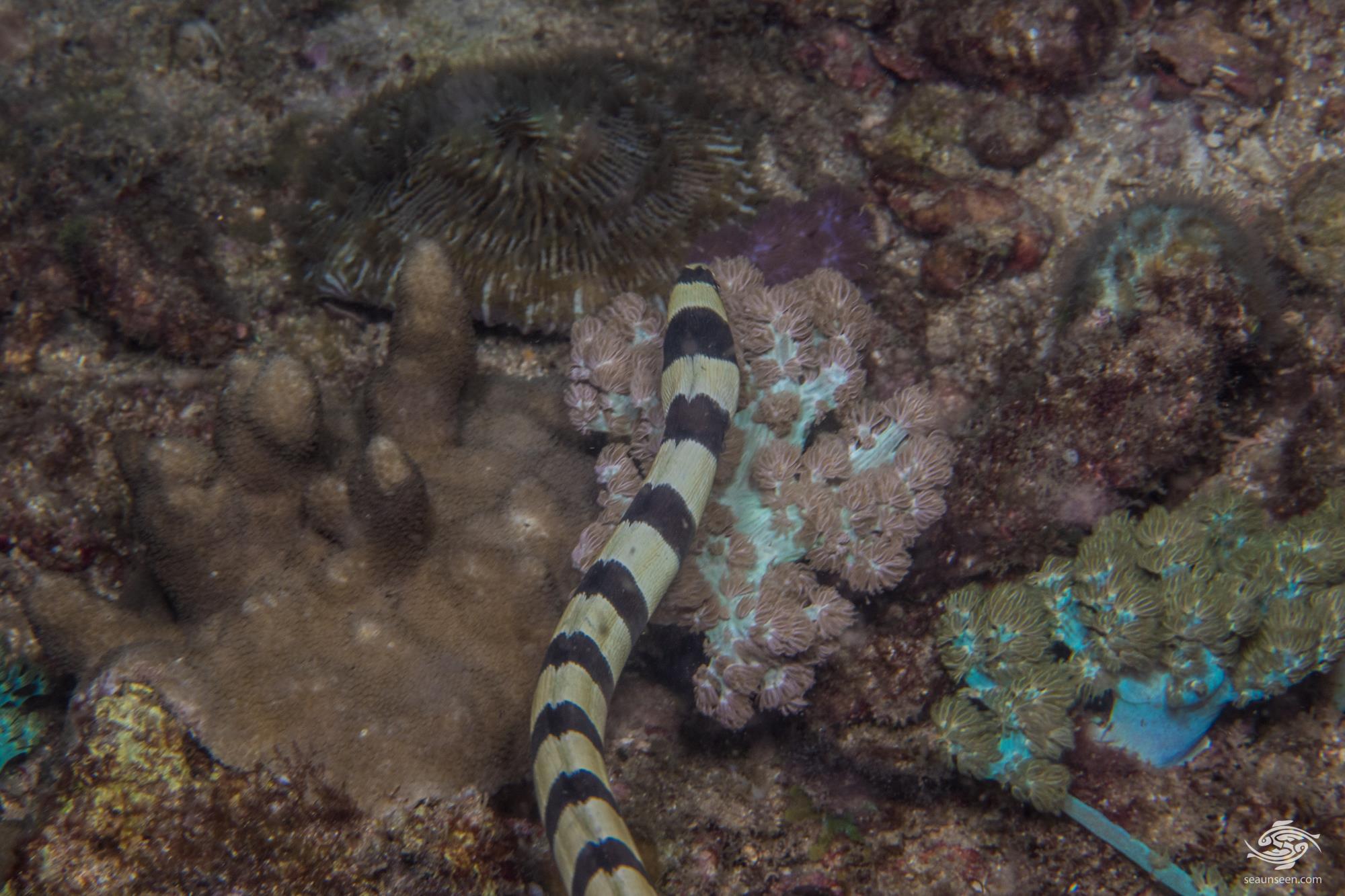 The Banded snake eel, being unusual looking, relatively small and more peaceful are kept by some aquarists. They will eat smaller crustaceans such as shrimp and crab.

Being eels they will certainly try and leave their tank and the top should be very well secured to prevent this. Many aquarists have come home to find their prized specimen dried out on the floor and it is best to avoid this.