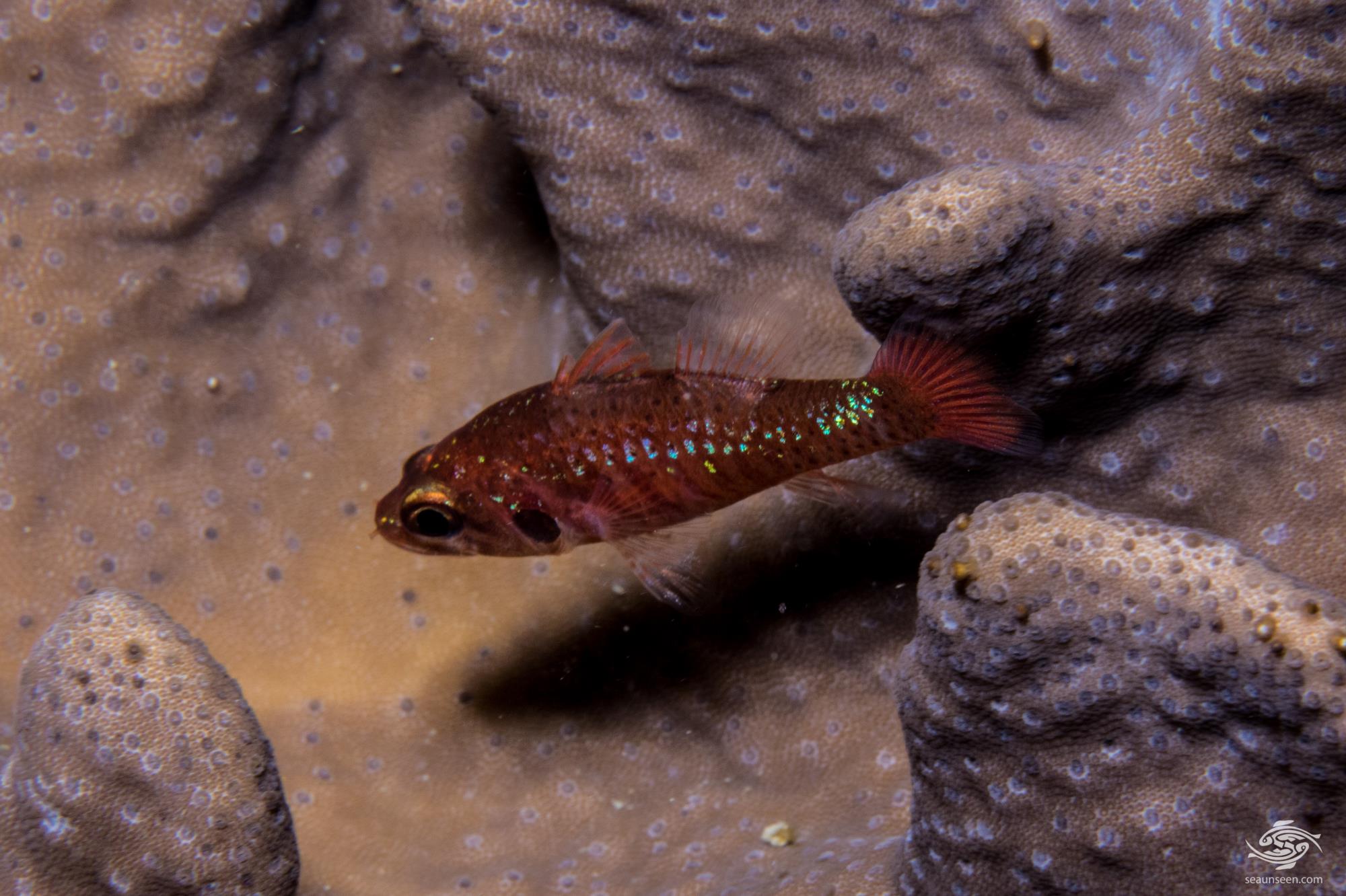 The Barred Cardinalfish (Fowleria marmorata) is not common in Tanzanian waters and in several years of diving we have seen very few specimens.

The body shape is similar to other Cardinalfish, with the characteristic two dorsal fins. There are a series of bars down the body and a distinctive proportionally large black roundish spot on the operculum. The scales reflect a greenish tint off of the strobes used to take the photograph but these are not visible when viewing the fish. They grow up to 7.5 cm in length and the caudal fin is proportionally slightly larger than most other cardinal fish. 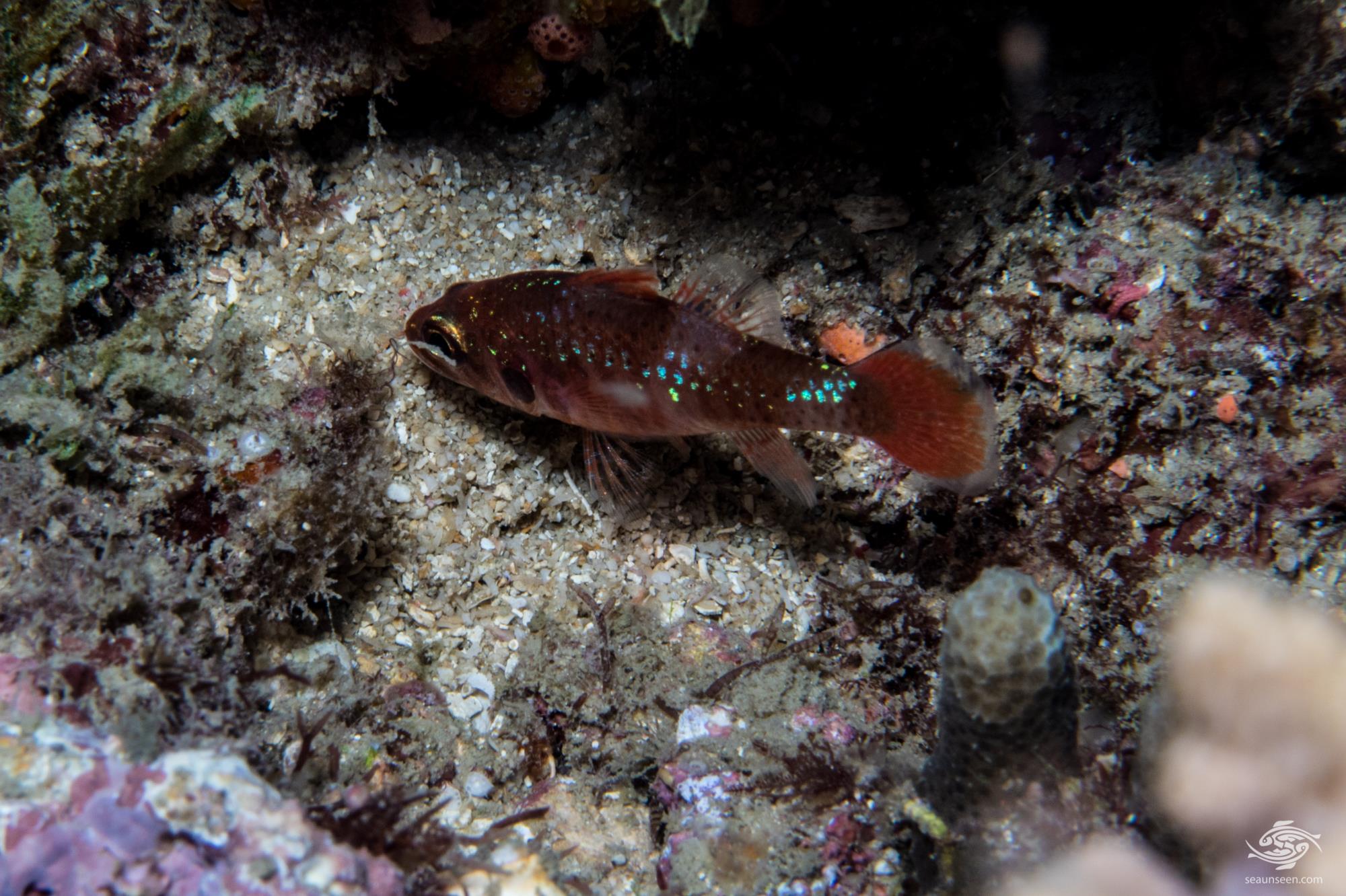 BARRED CARDINALFISH IN THE WILD

The Barred Cardinalfish are nocturnal feeders and during the day hide in crevices or deep caves. We have only seen them on one reef off of Dar es Salaam, Tanzania at between 8 to 10 meters in depth. They are fairly reclusive and as soon as light is put on them they go into hiding.

The Barred Cardinalfish is found across the Indian ocean including the Red sea and in the West Pacific up to Southern Japan and down to Australia. 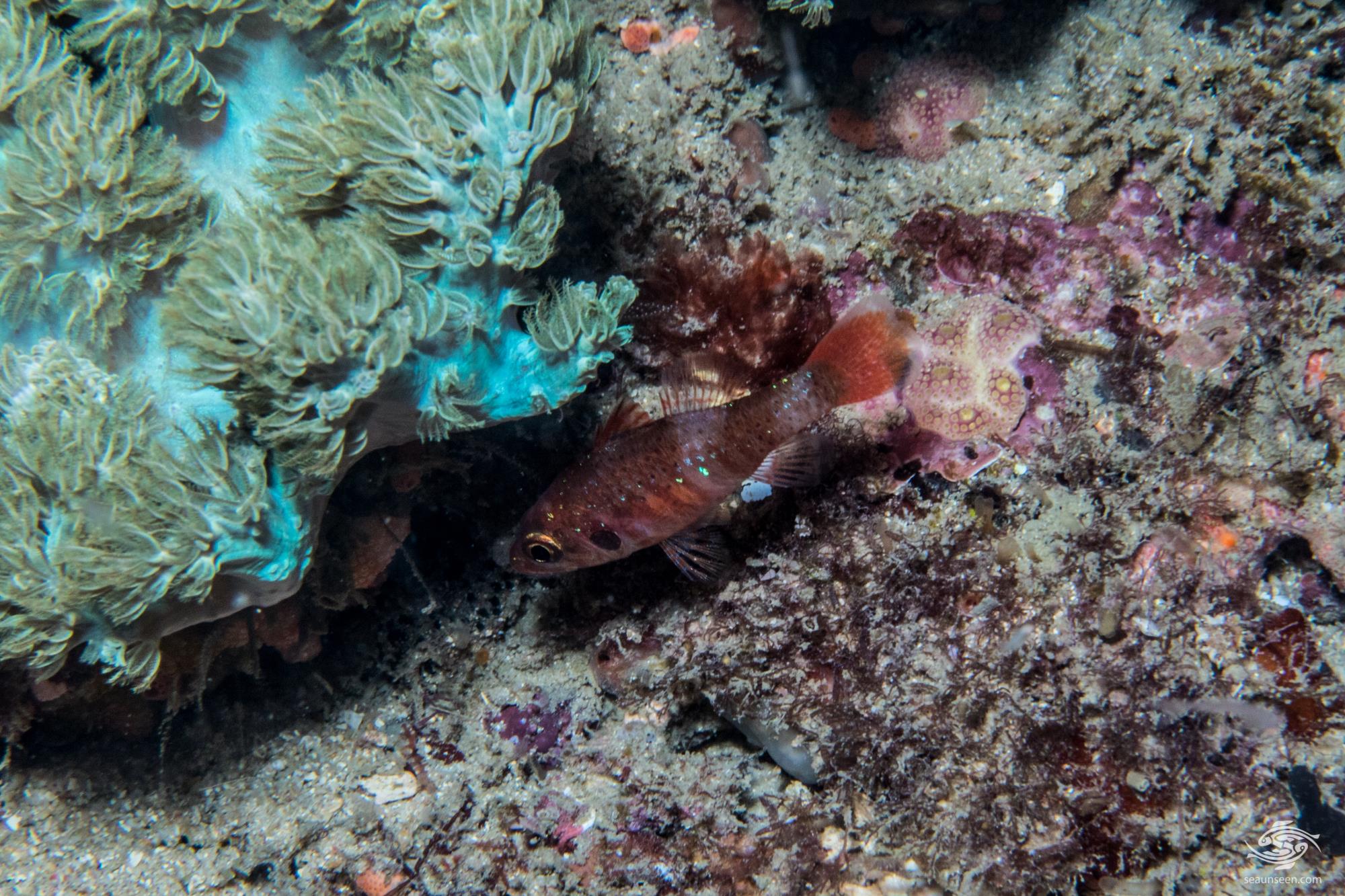 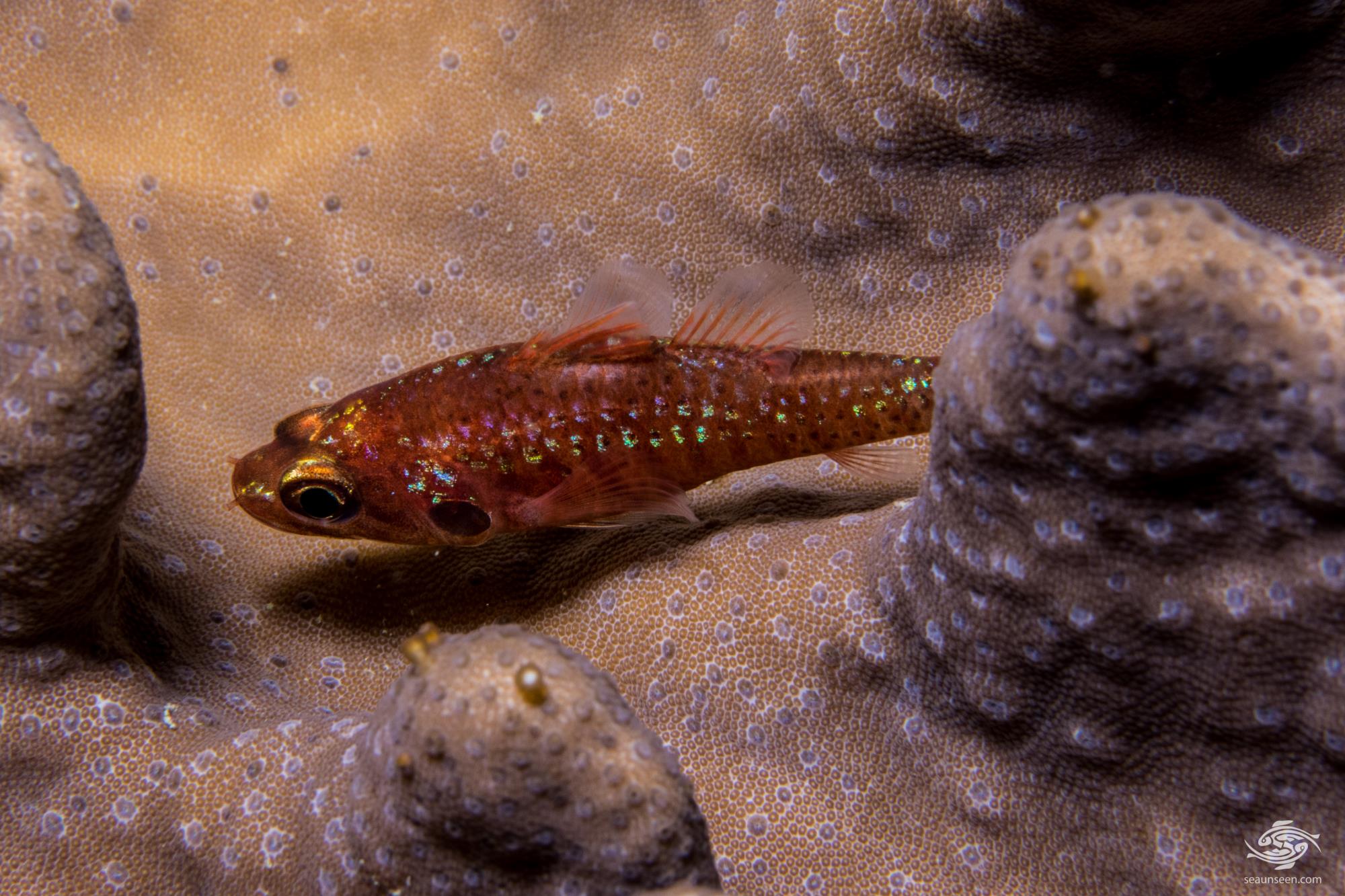 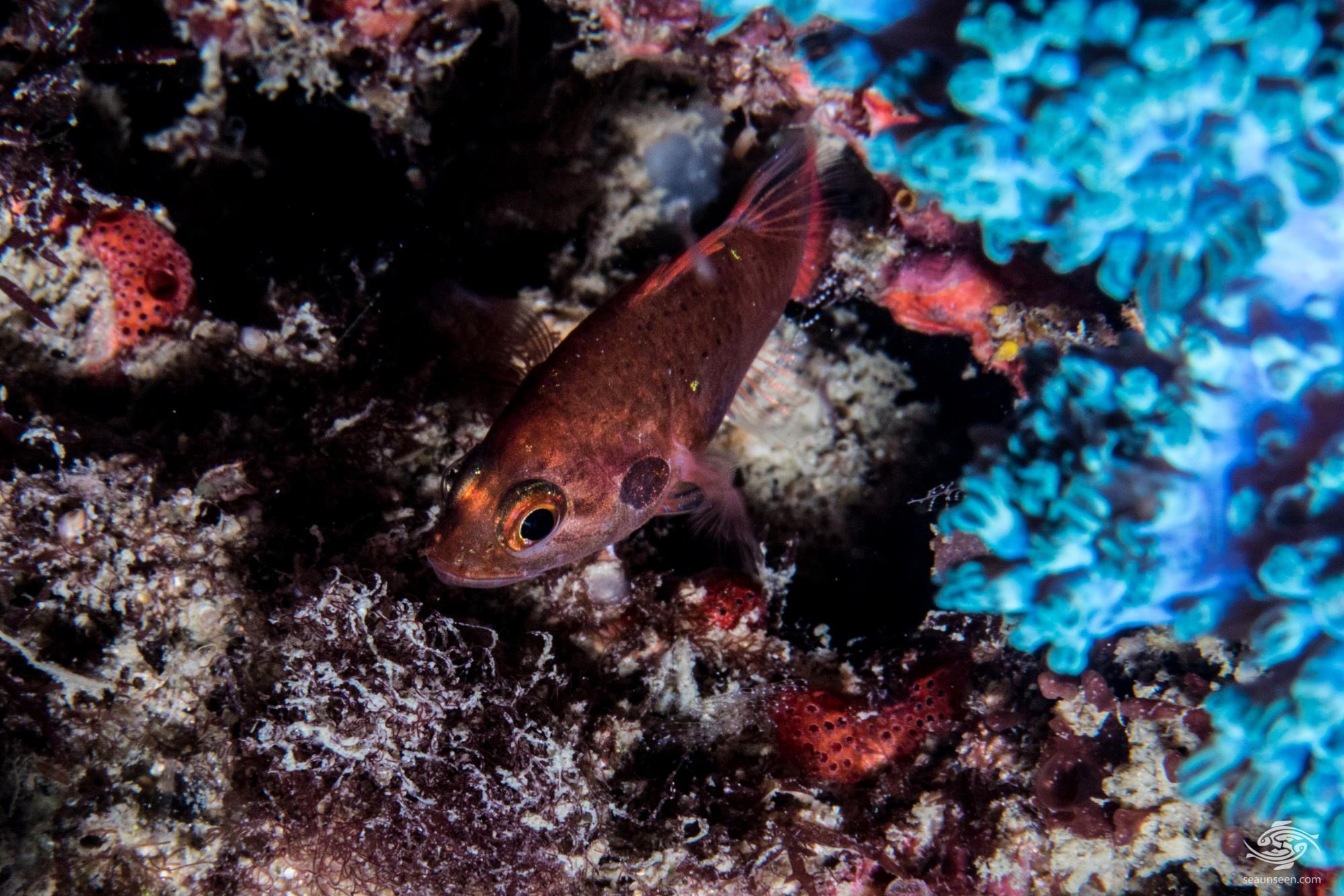 Barred Cardinalfish are probably not commonly kept in aquariums being one of the lesser known species and also possibly predatory on smaller fishes. Some cardinalfish have been bred in captivity by breeders such as Orafarm where they are occasionally available.