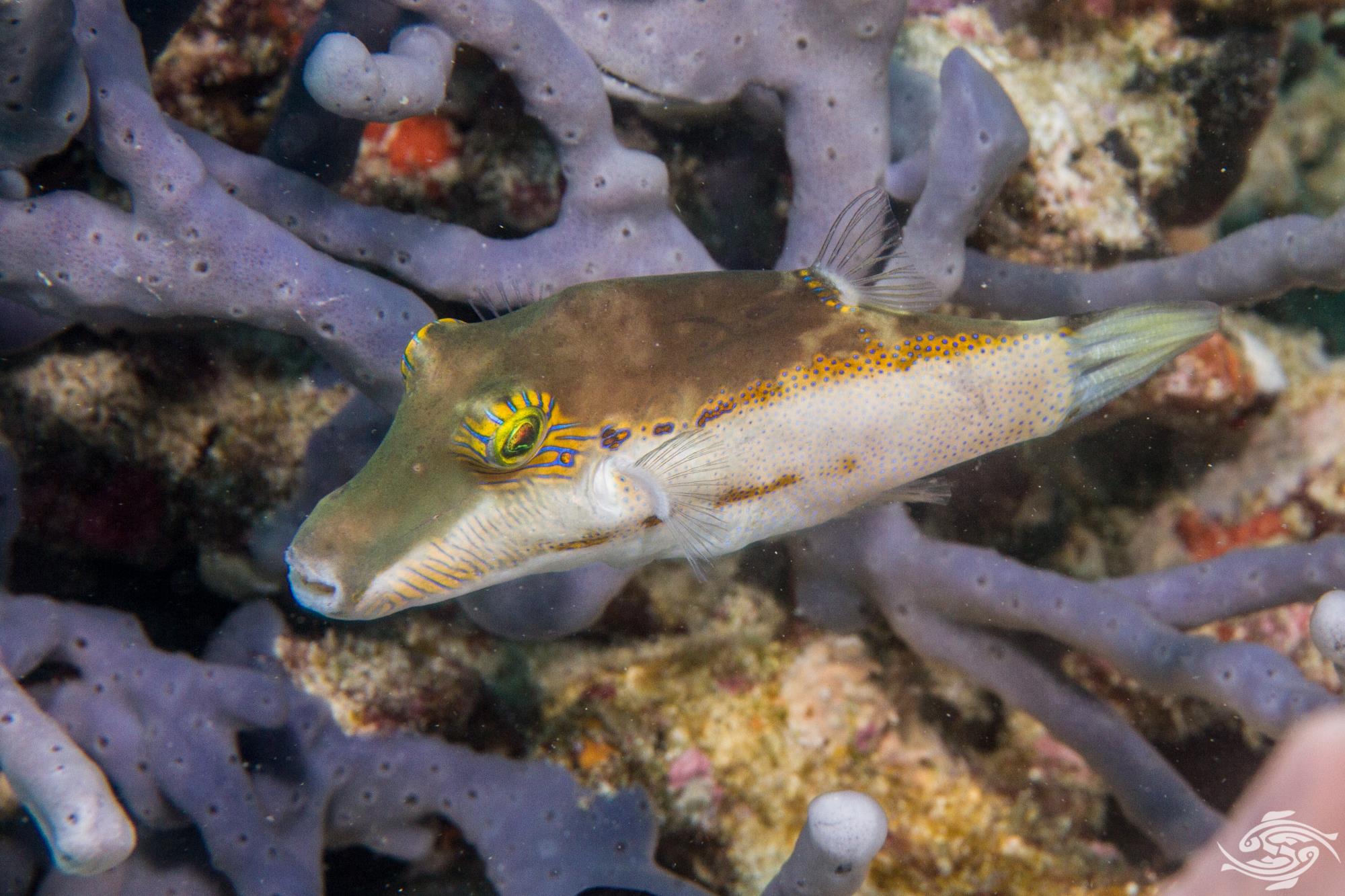 The Bicolor toby, Canthigaster smithae is also known as the Smiths Pufferfish. They belong to the genus Canthigaster, whose members are called sharp-nosed puffers or tobies and who are much smaller than the larger puffers. 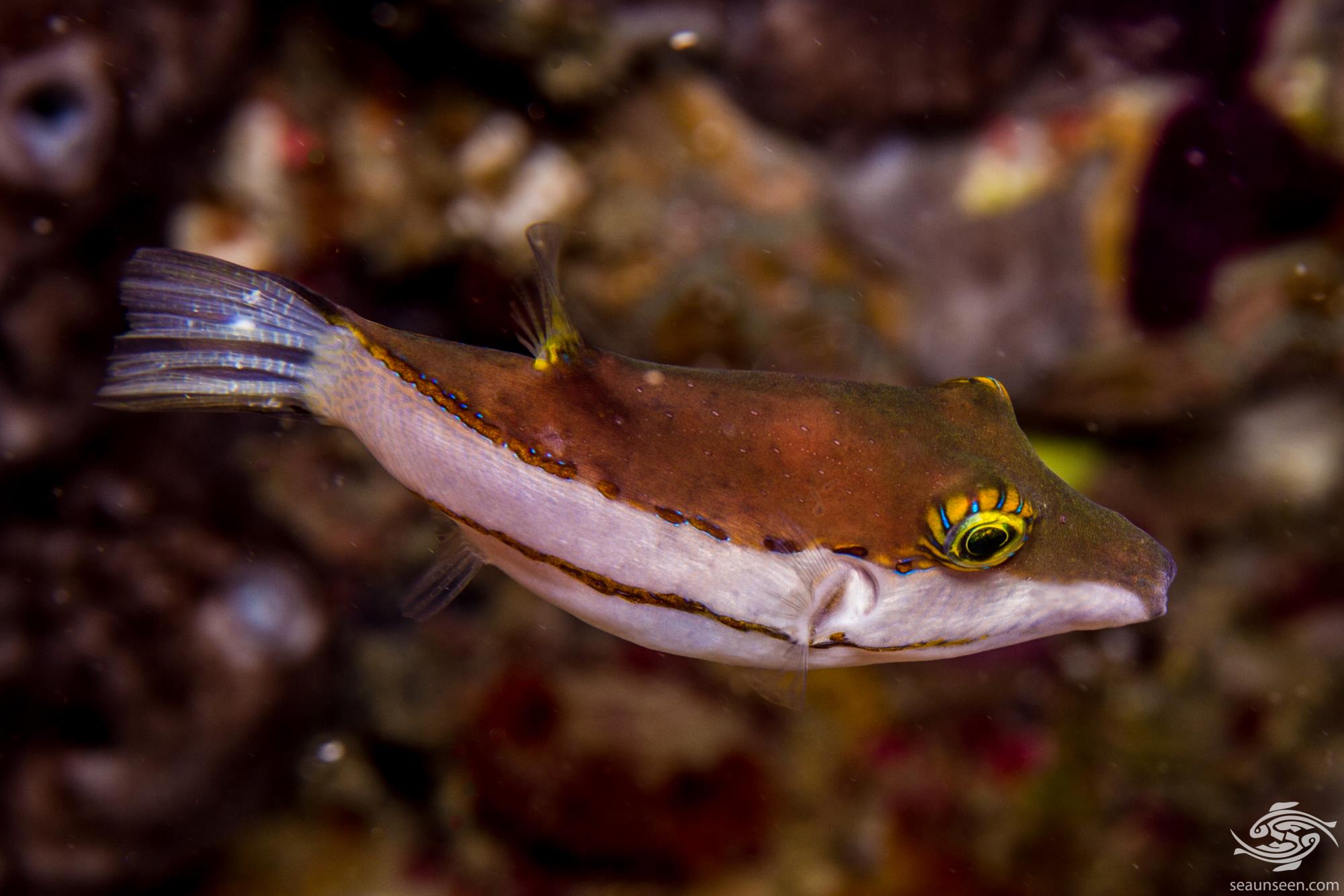 As with all Tobies they have the ability to take water into their stomach and blow themselves up to a larger size, hence the name pufferfish. This makes it more difficult for predators to swallow them. They are not commonly seen on Tanzanian reefs and are comparatively rare. As with other puffers, they have a symbiotic relationship with types of bacteria such as Pseudoalteromonas tetraodonis, which produces tetradotoxin which is a powerful neurotoxin. 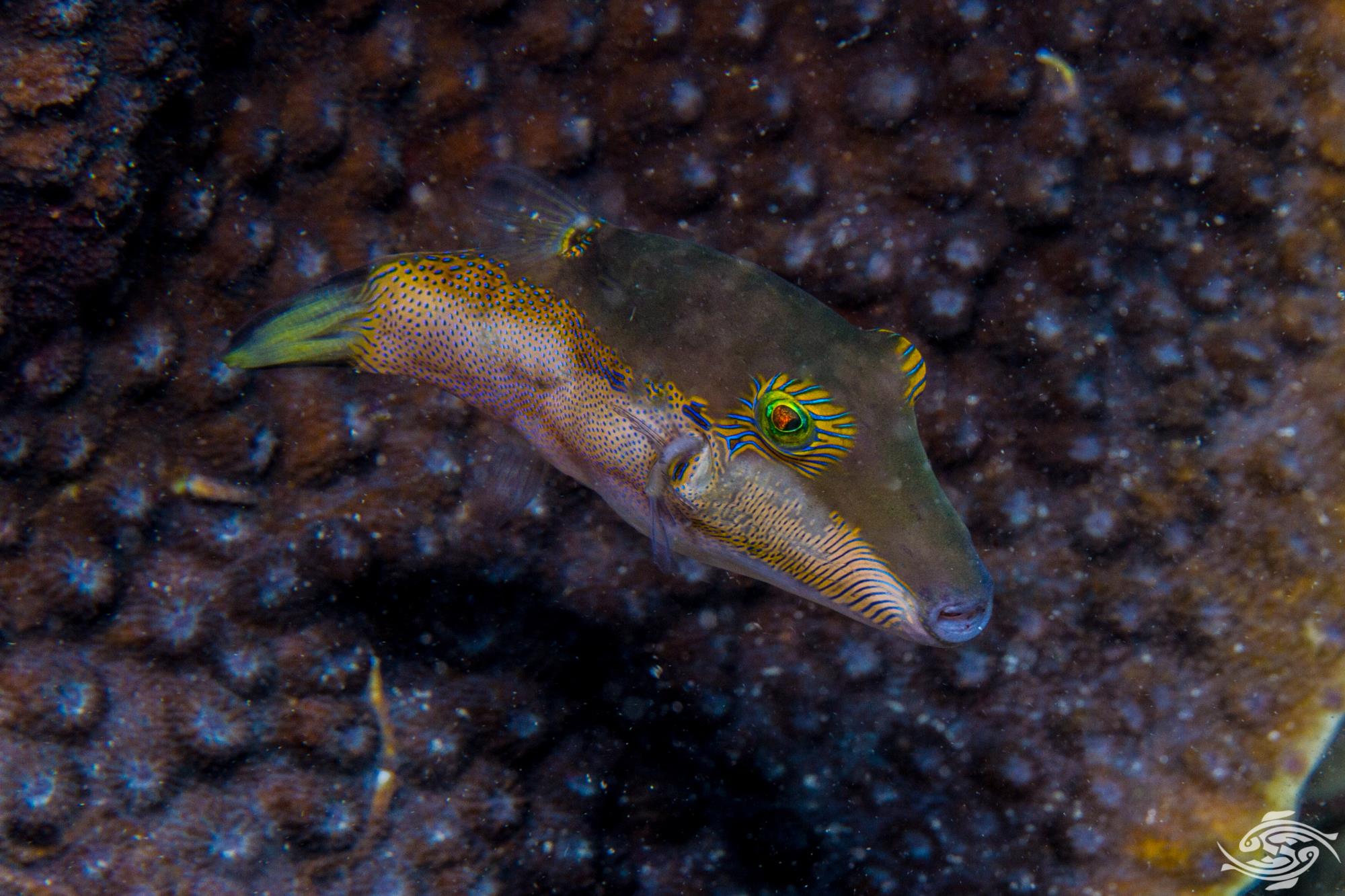 The Bicolor toby as their name implies are predominantly two colors. The top of the body is brown and the bottom is white. There are two yellow stripes, one runs along the border of the split in colors and the other is lower on the body. The white section of the body is covered in small blue spots and these appear more predominant on the yellow stripes. The lower caudal area is tinted slightly yellow as is the lower snout. The intensity of the yellow stripes varies from specimen to specimen. There is yellow around the eye with blue lines radiating out and light stripes on the front of the nose that are not always visible, depending on which angle one views the fish from. They grow to a maximum of 12cm. 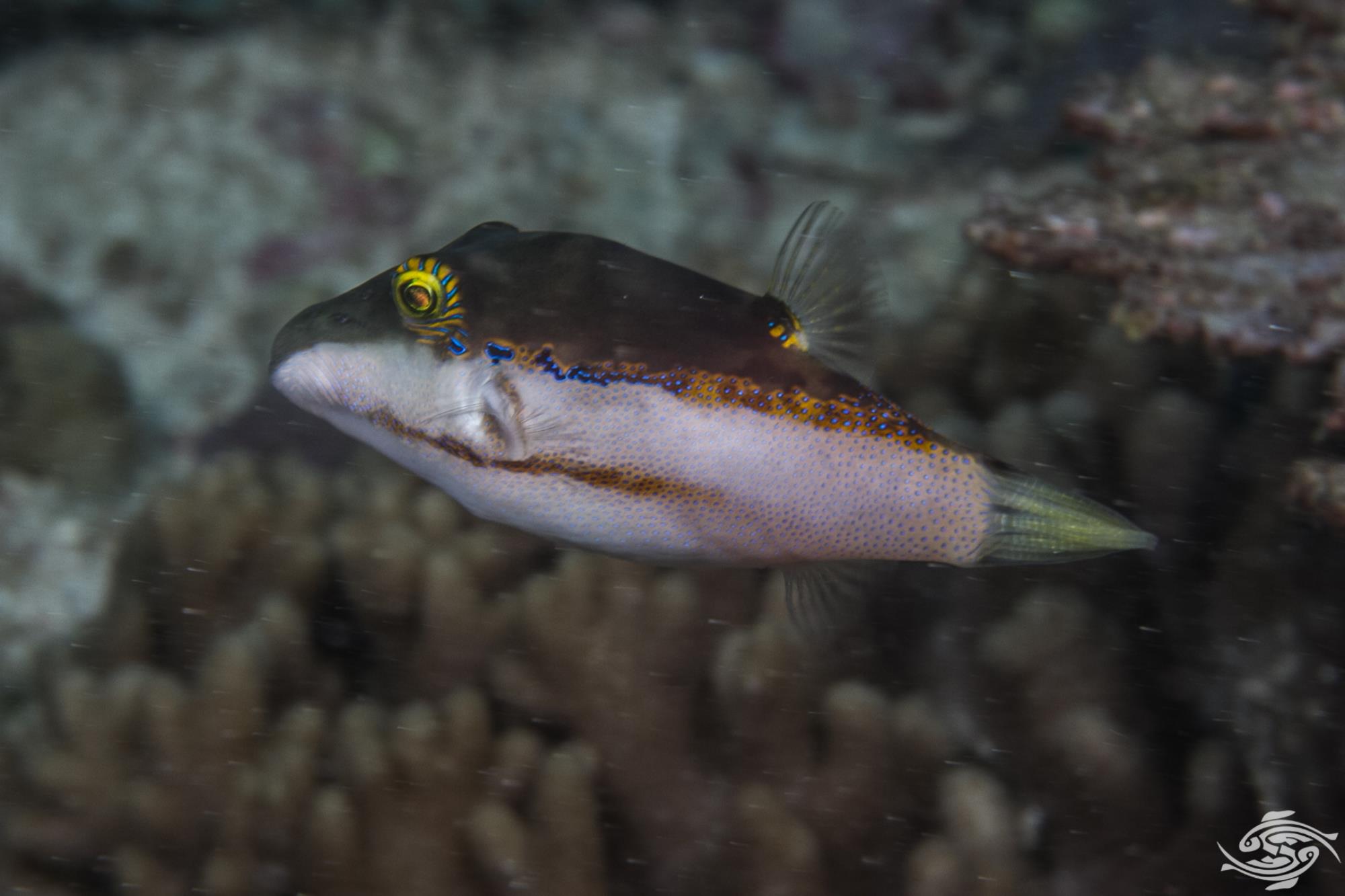 Bicolor tobies are very shy and are hard to get close to. They are usually seen solitary and will head into a hole or under an overhang when they see a diver. They are not commonly seen off Dar es Salaam on the coast of Tanzania in East Africa. 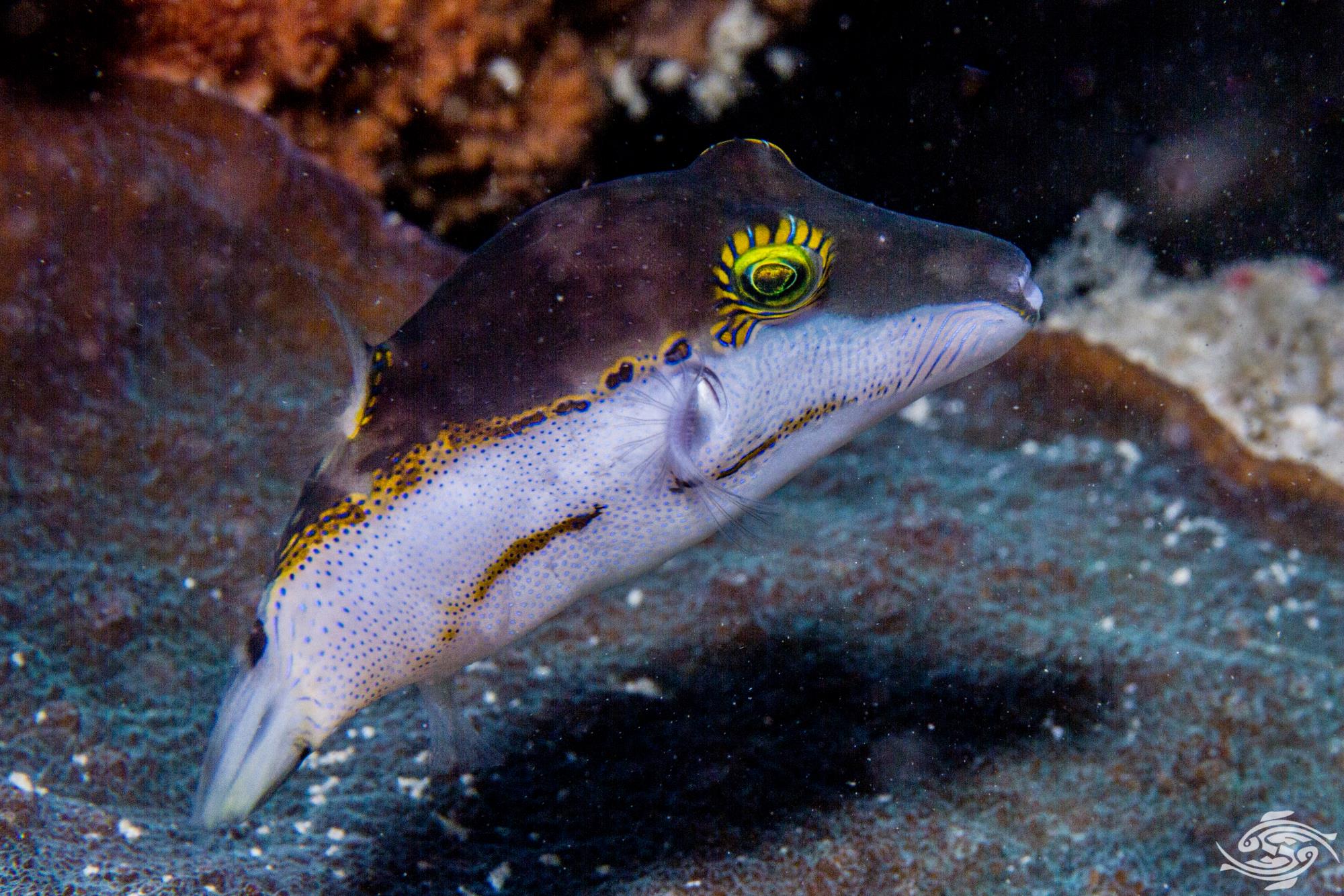 Bicolor tobies are found across the west Indian Ocean and they are usually found in rubble areas from 18 meters downwards. 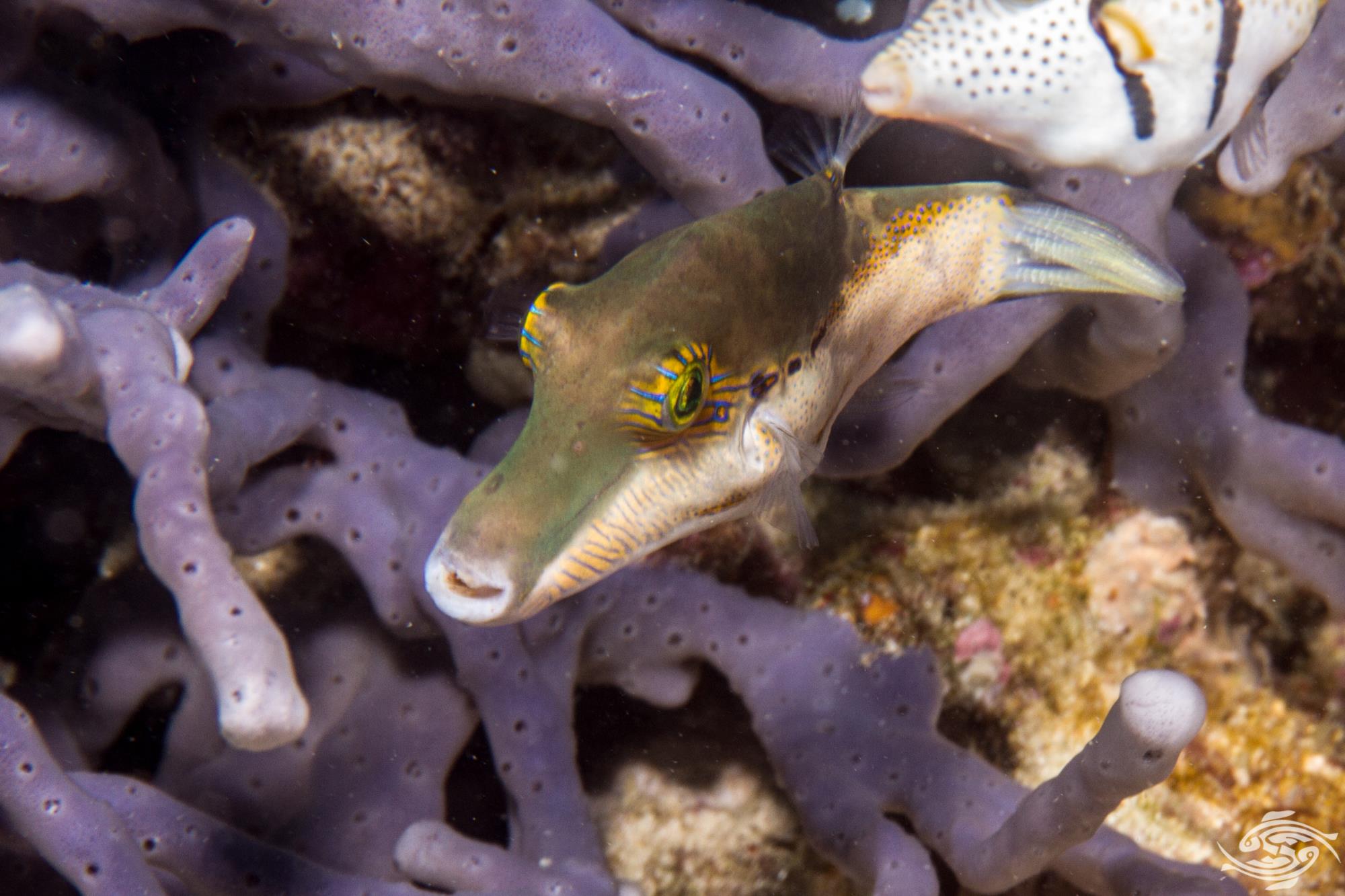 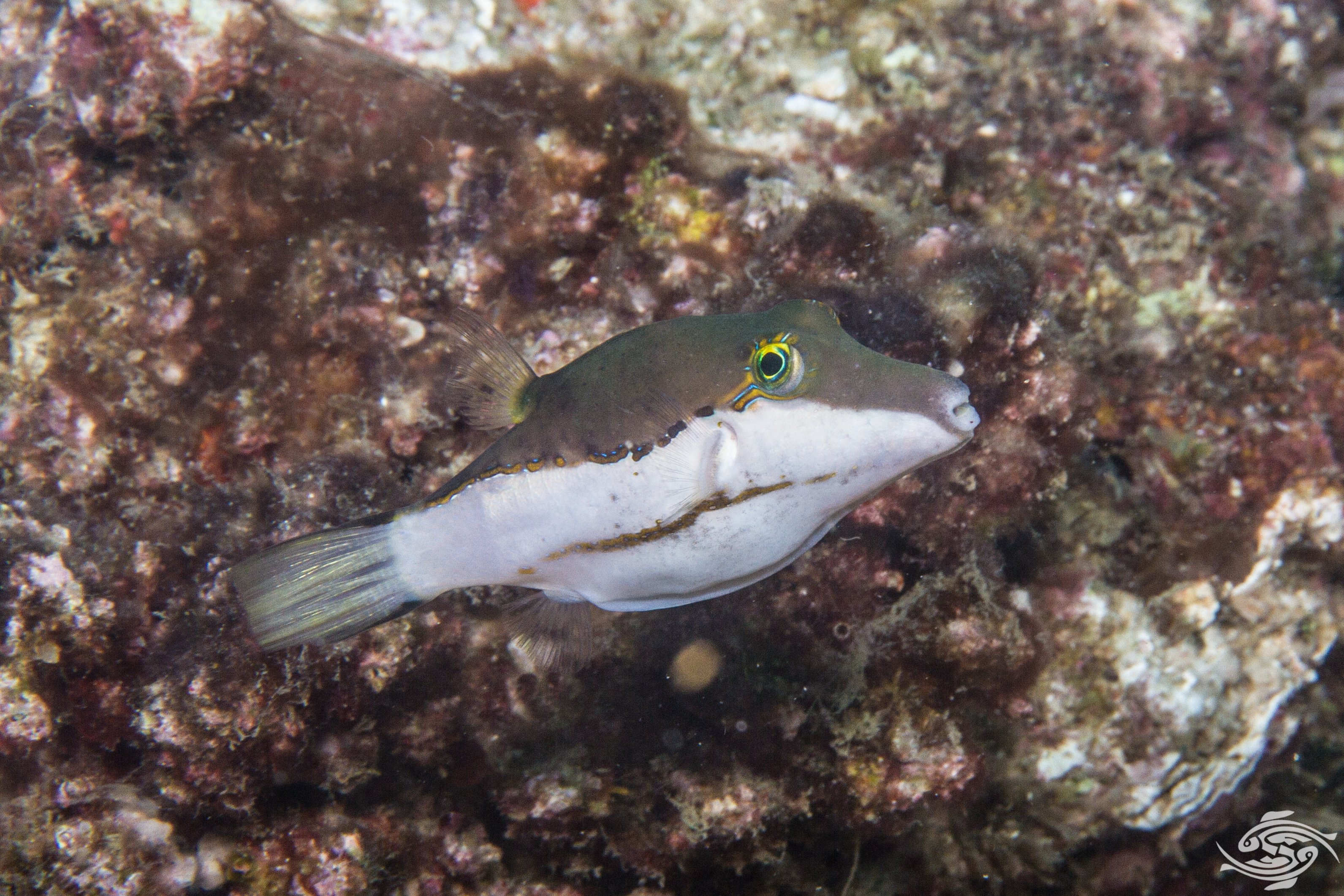 Little is known of the reproductive habits of the Bicolour toby, however all the Canthigaster species have similar mating habits, where the female prepares a nest in algae in the substratum and lays eggs which the male then fertilizes. Spawning takes place during the day and the eggs are left to hatch. 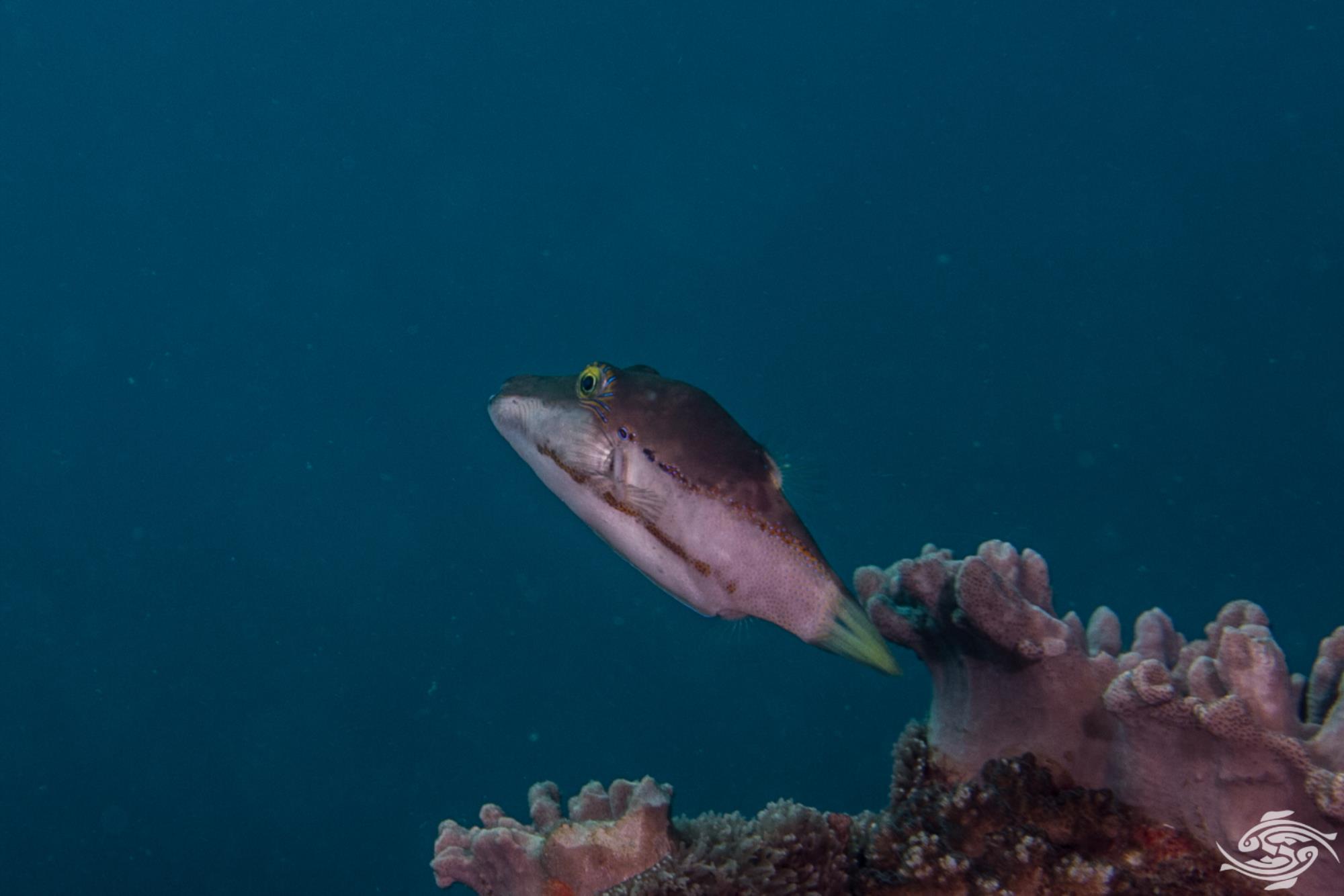 The Bicolor toby is not common in the aquarium trade. 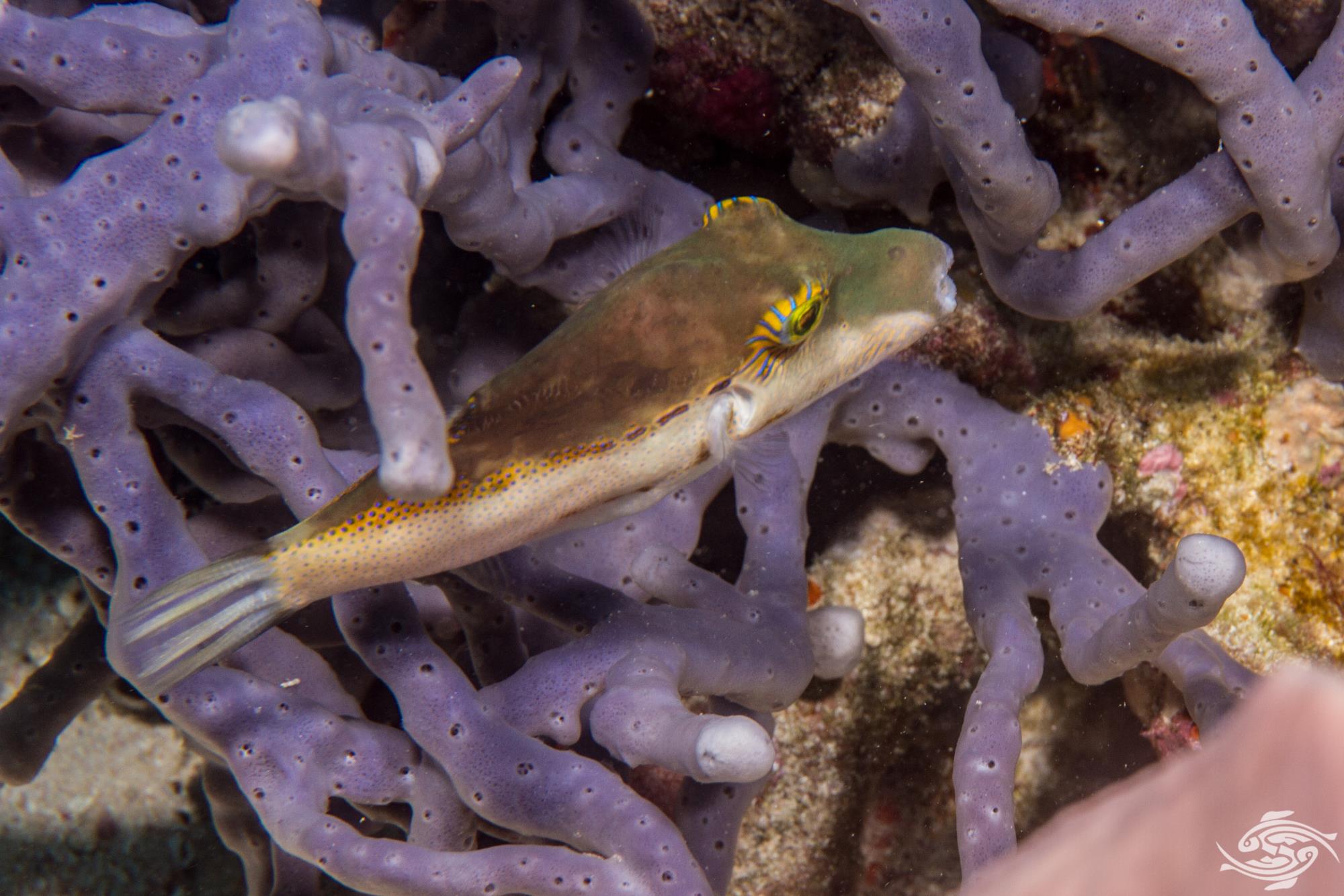 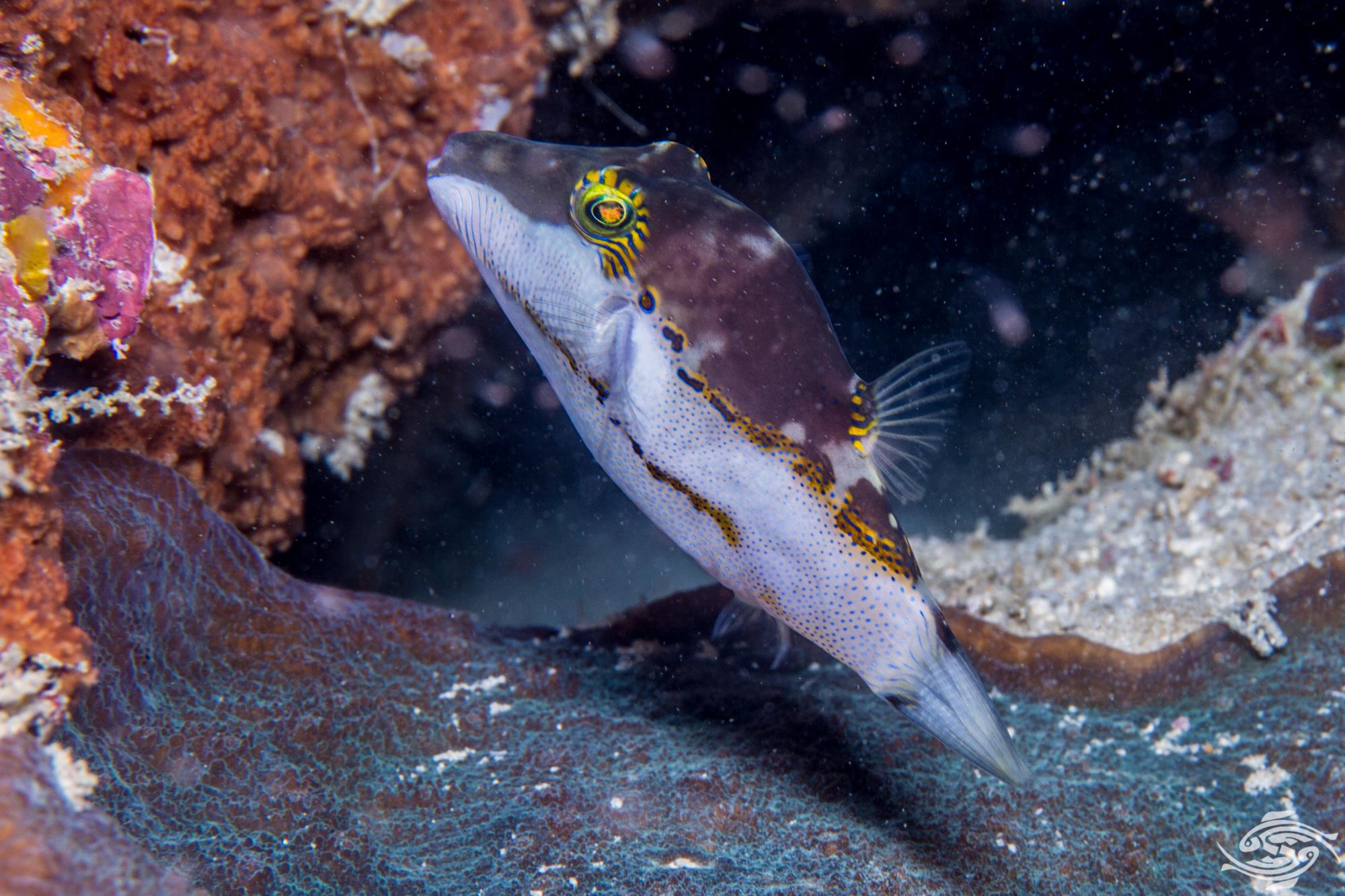 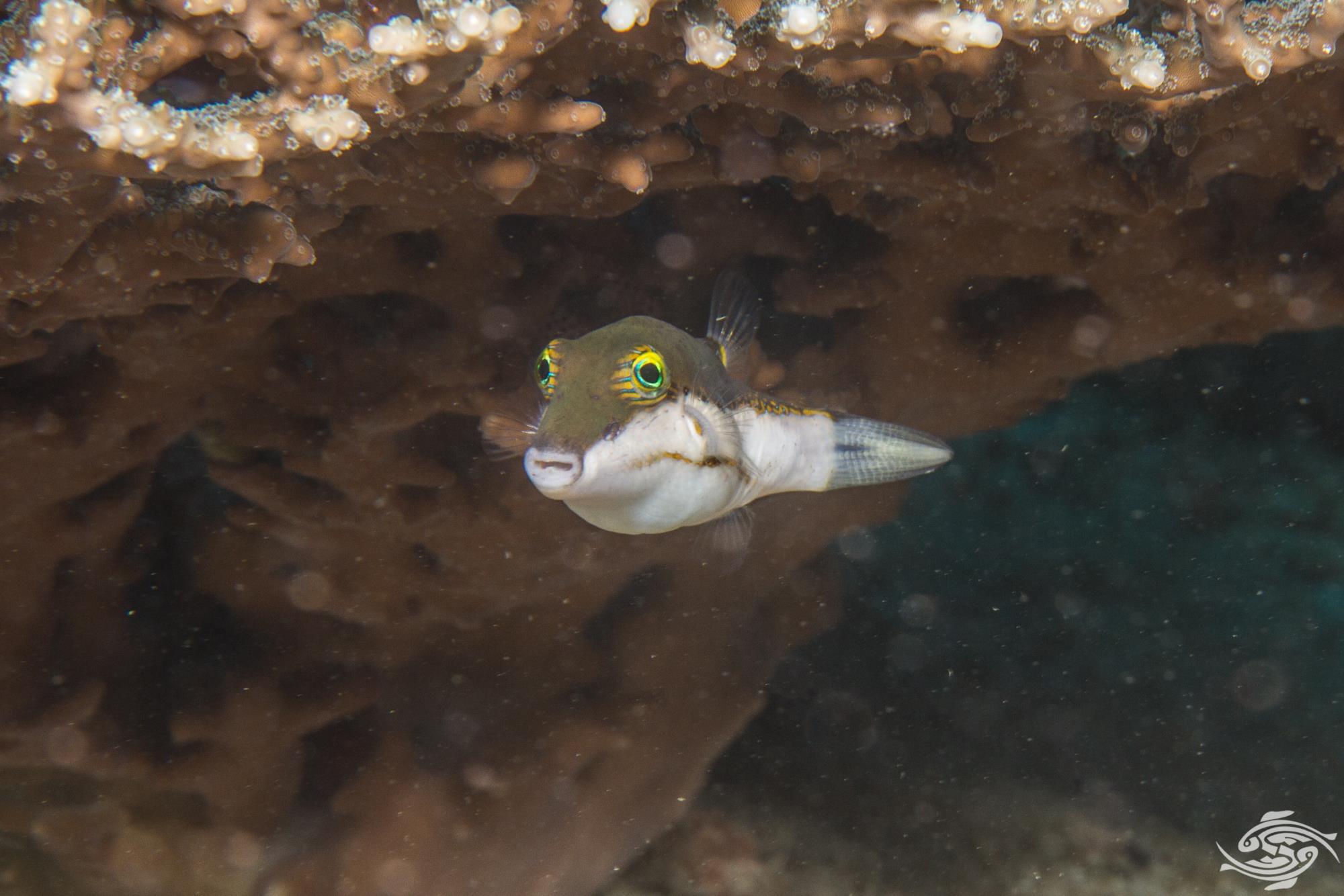 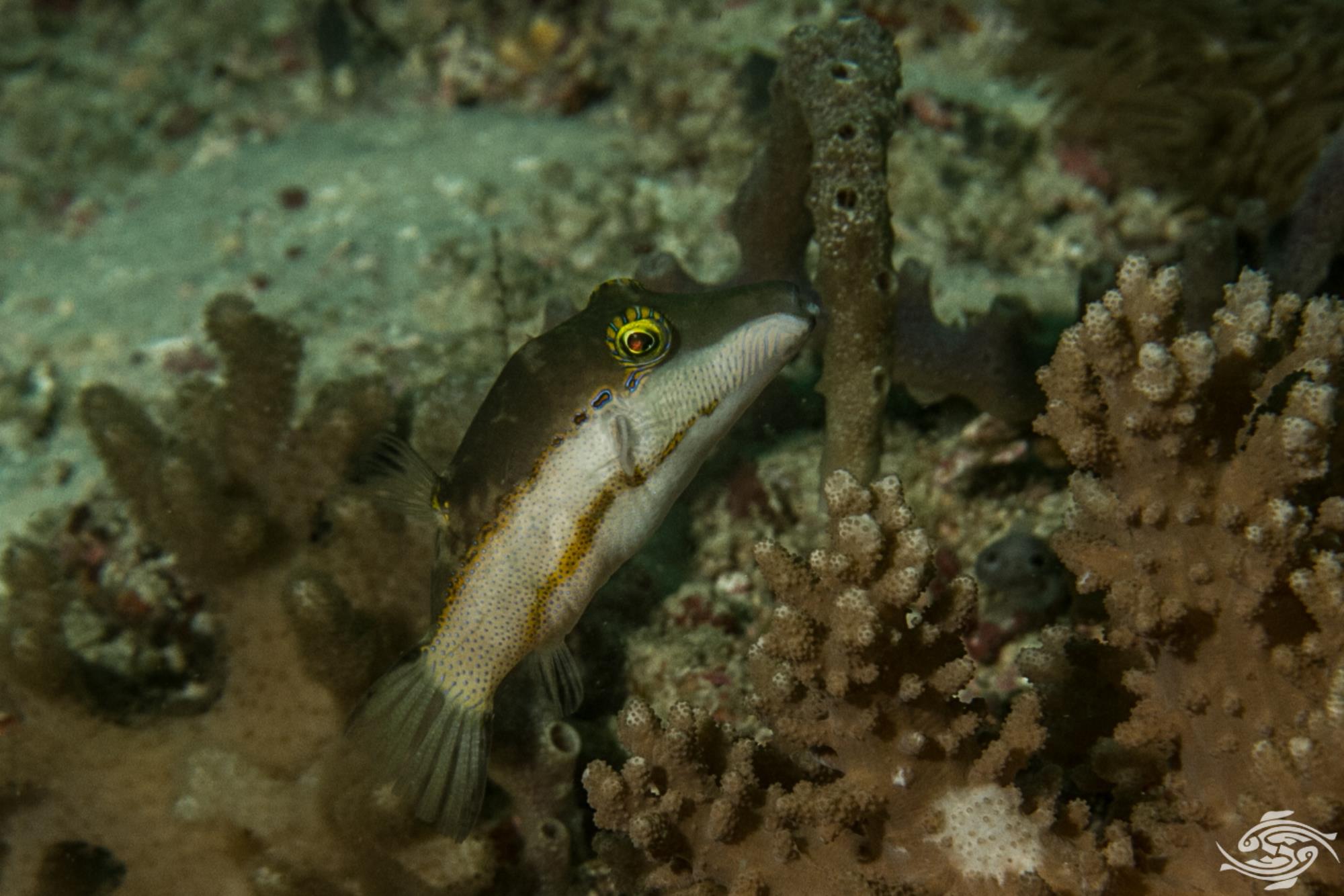