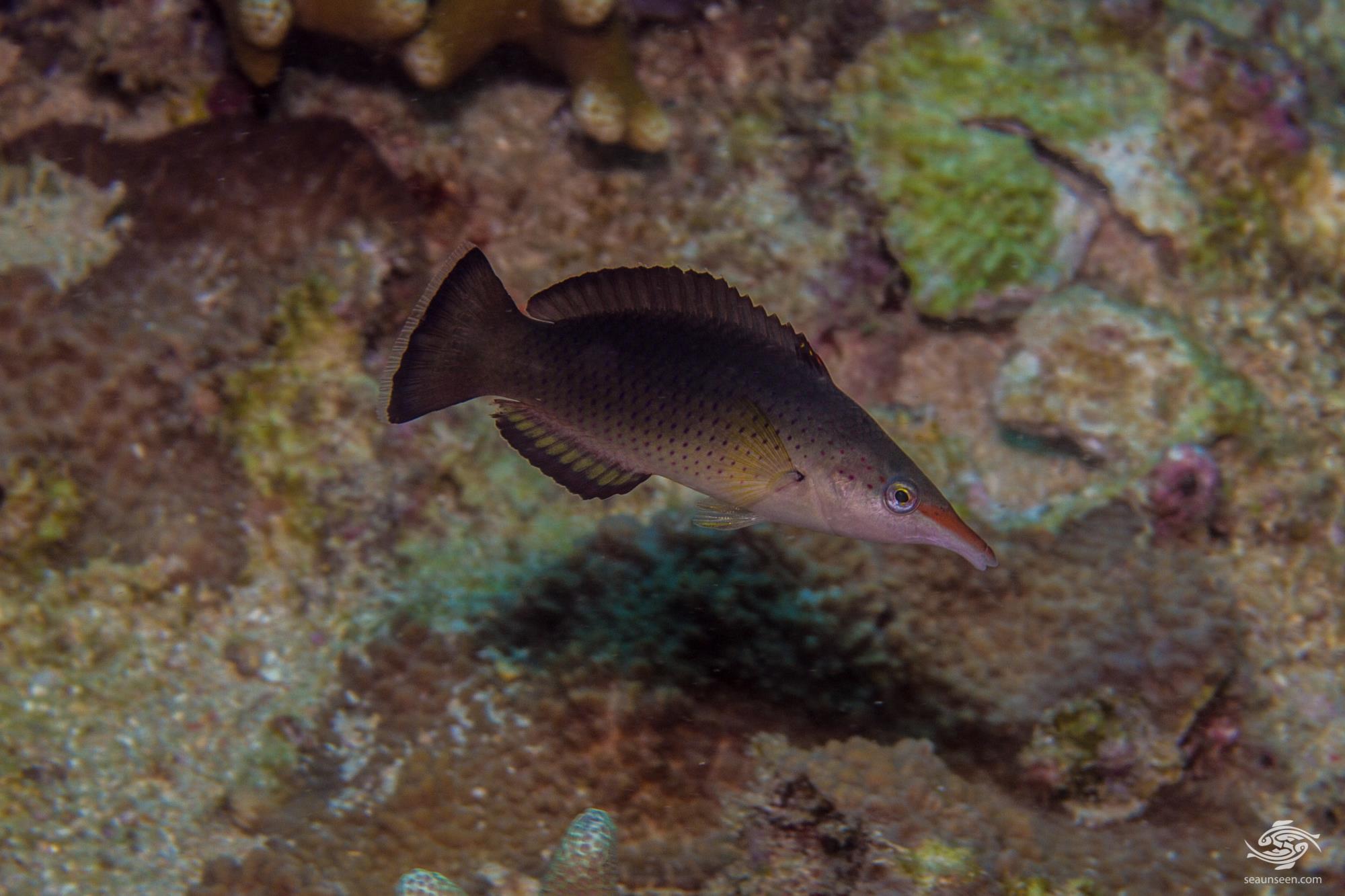 The bird wrasse (Ghomphosus varius) also known as the bird fish, club nosed fish and several other similar names is a common sight on the Tanzanian reefs, named for its bird like snout, the bird wrasse has an unmistakable profile. It uses its snout to reach food in hard to get to places and on the reef is a voracious eater of anything that fits into its mouth and despite its odd looking nose it has very strong jaws. 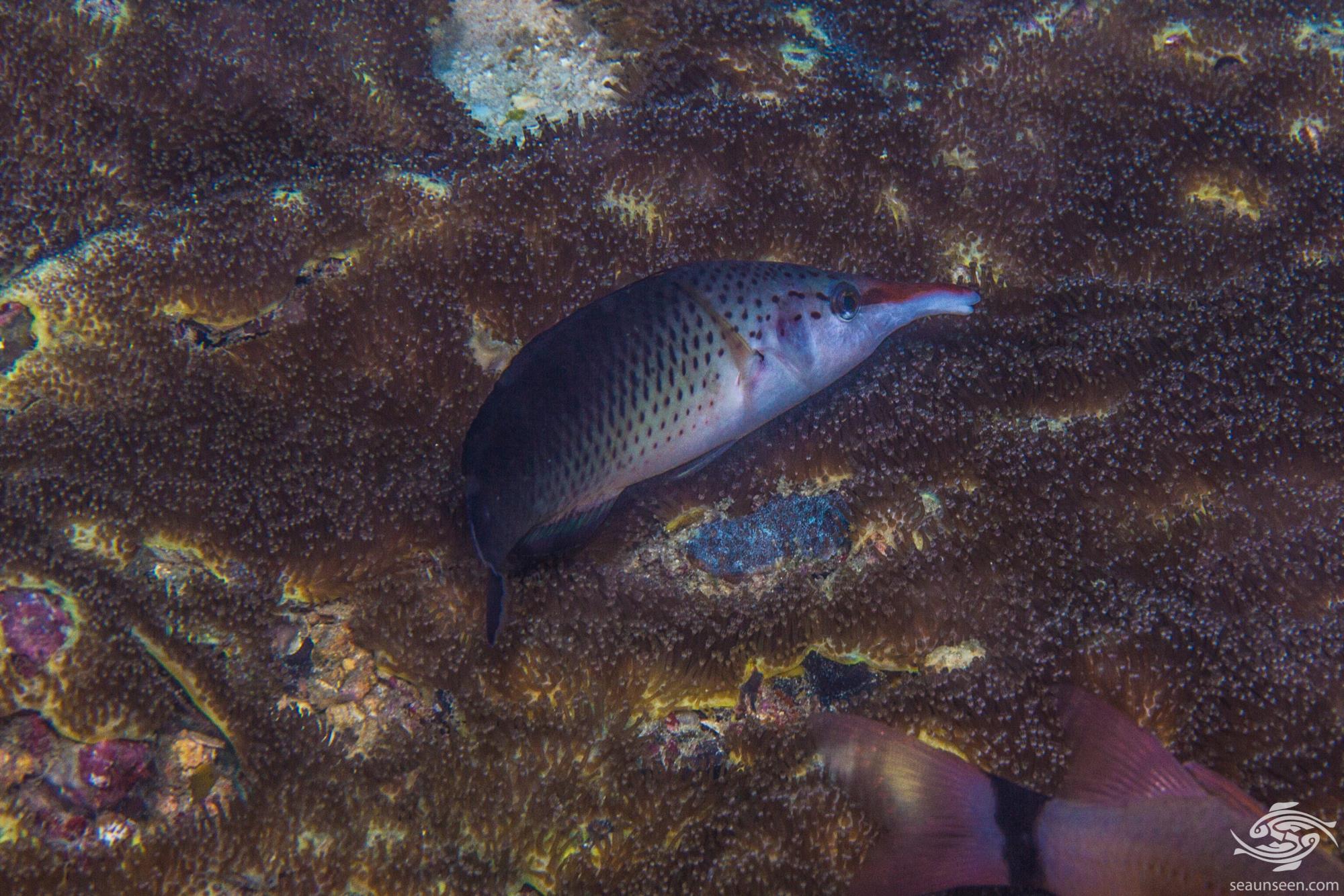 They are often seen swimming on the reef and cruising around at high speeds looking for food and occasionally they are teamed up with juvenile Dash Dot Goat Fish (Parupeneus barberinus) of a similar size to them. This fish is a busy one, seldom slowing down. At the hint of food, several will appear from nowhere and dart in to feed. 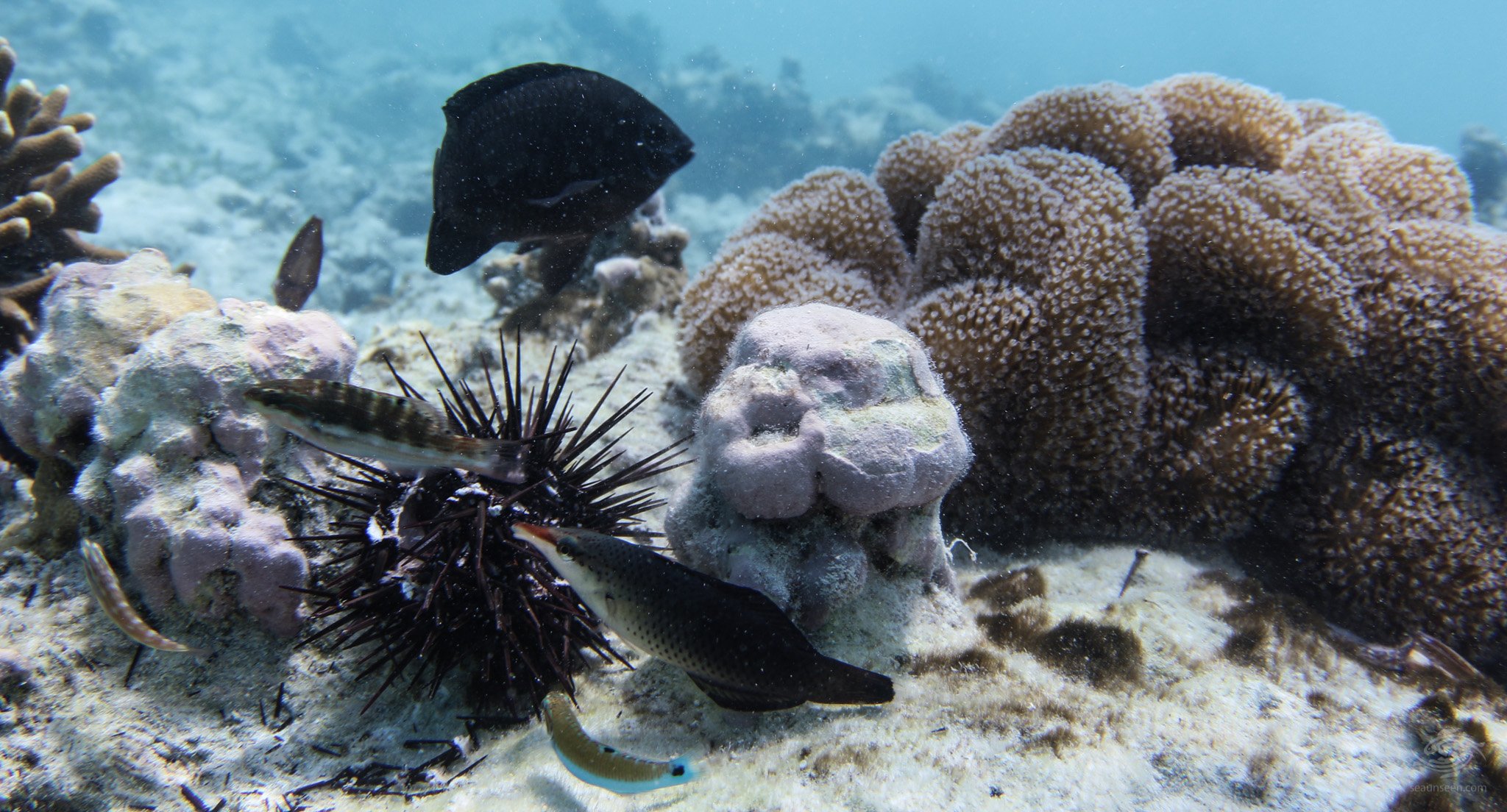 In Tanzania the juveniles are green and white and lack the long snout but the start of the long snout may be seen on a relative basis. The adult females tend to be grey green in base color with brown dots and a red line running on either side of the snout to its eye. The underside of the snout is a whitish color. The anal fin often has a touch of yellow on it. The males are a more blue green color. They generally tend to be seen on their own foraging but occasionally one or more females are seen together.   The coloration of the sexes is so different they are often mistaken for two separate species. 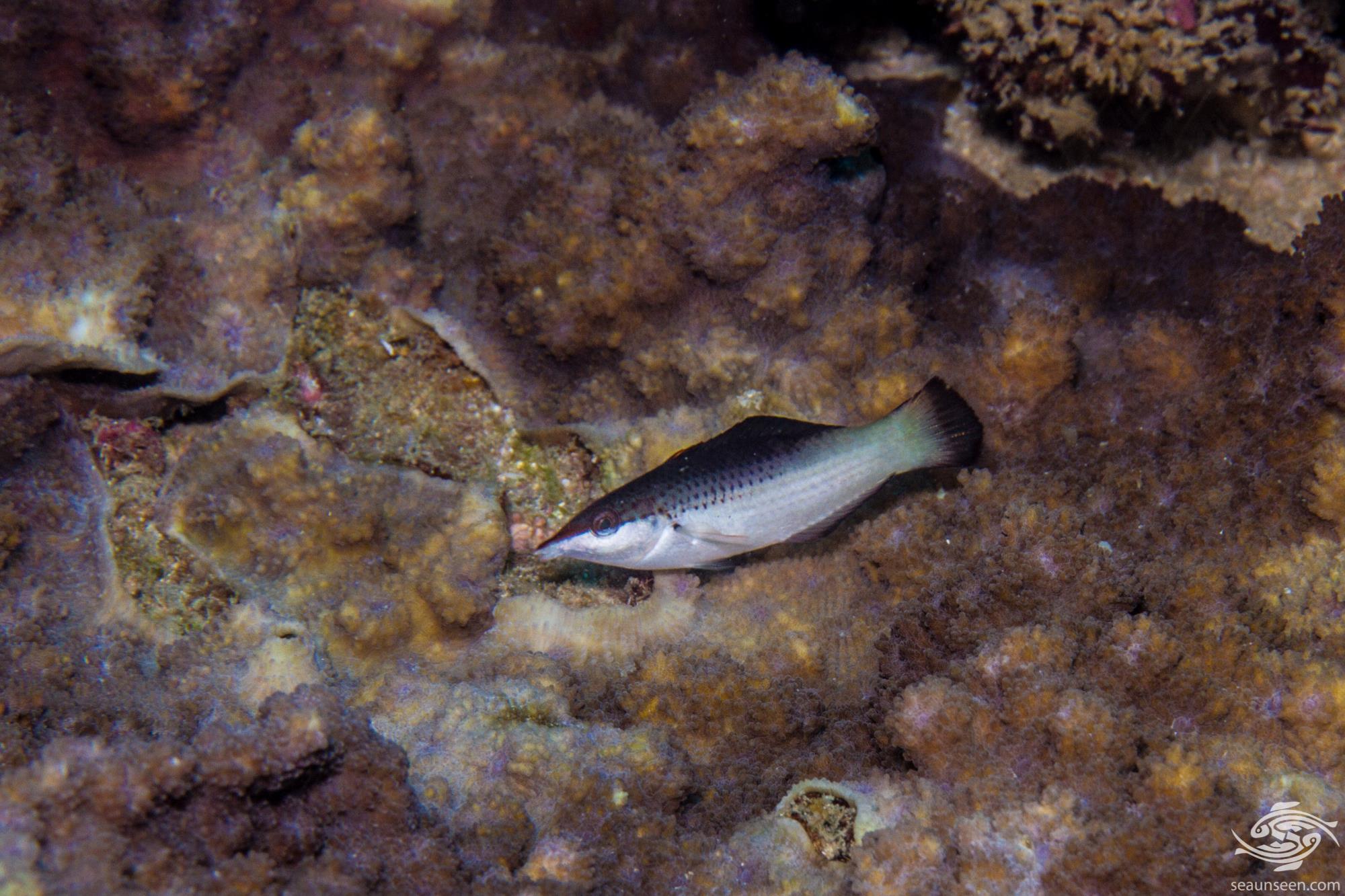 They are found across the Indo Pacific area and vary greatly in color on a regional basis. Males grow to 30 centimeters although it is rare to see them that size in the shallower waters and females to 20 centimeters. It is found at depths between 1 meter and 35 meters mainly around coral and rocky reefs. 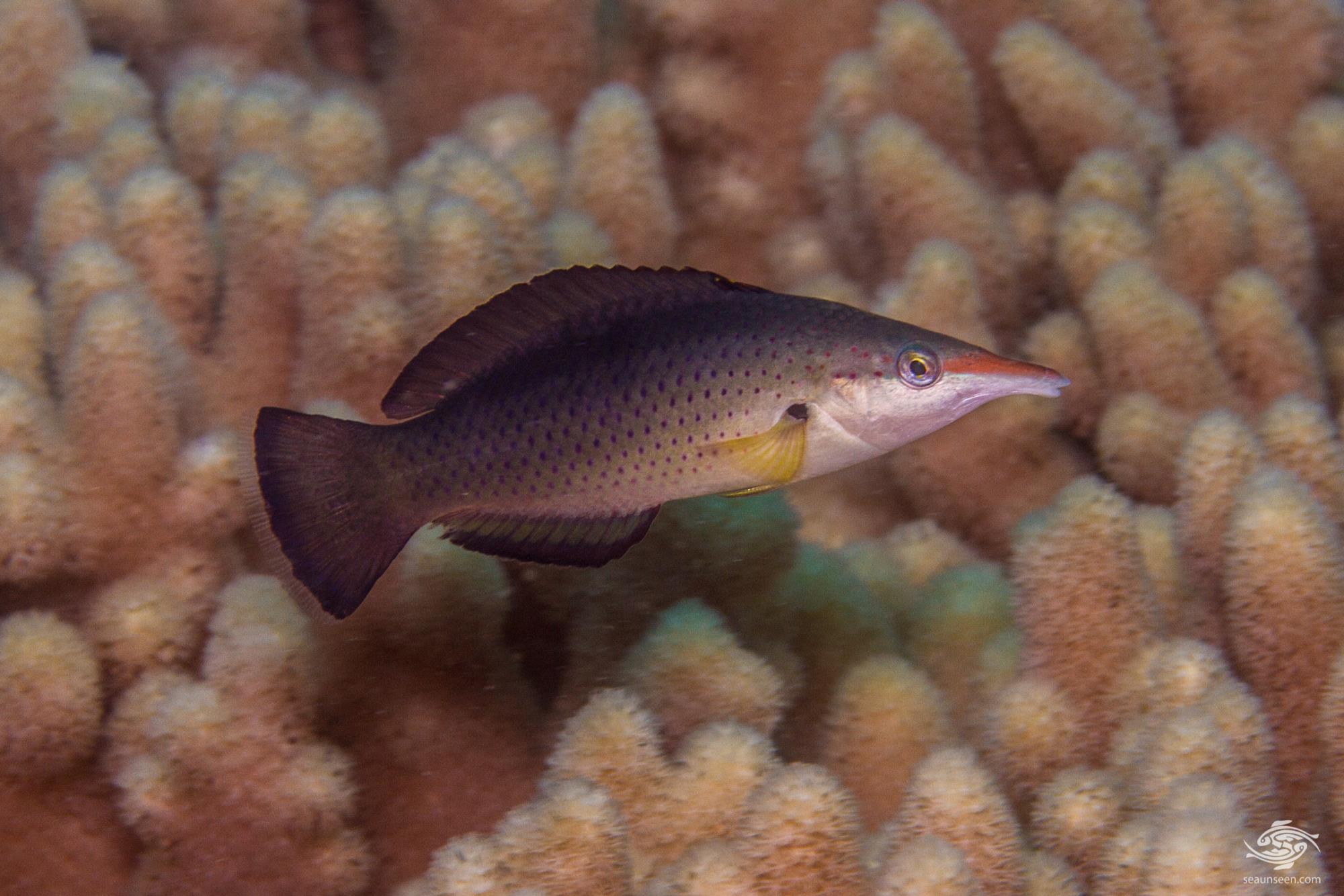 Because of their attractive shape, the bird wrasse features in many aquariums and adapts very well to aquariums because it is easy to feed. They do not bury themselves as many other wrasses do and require hiding places. It will also jump so precautions should be taken in this regard.