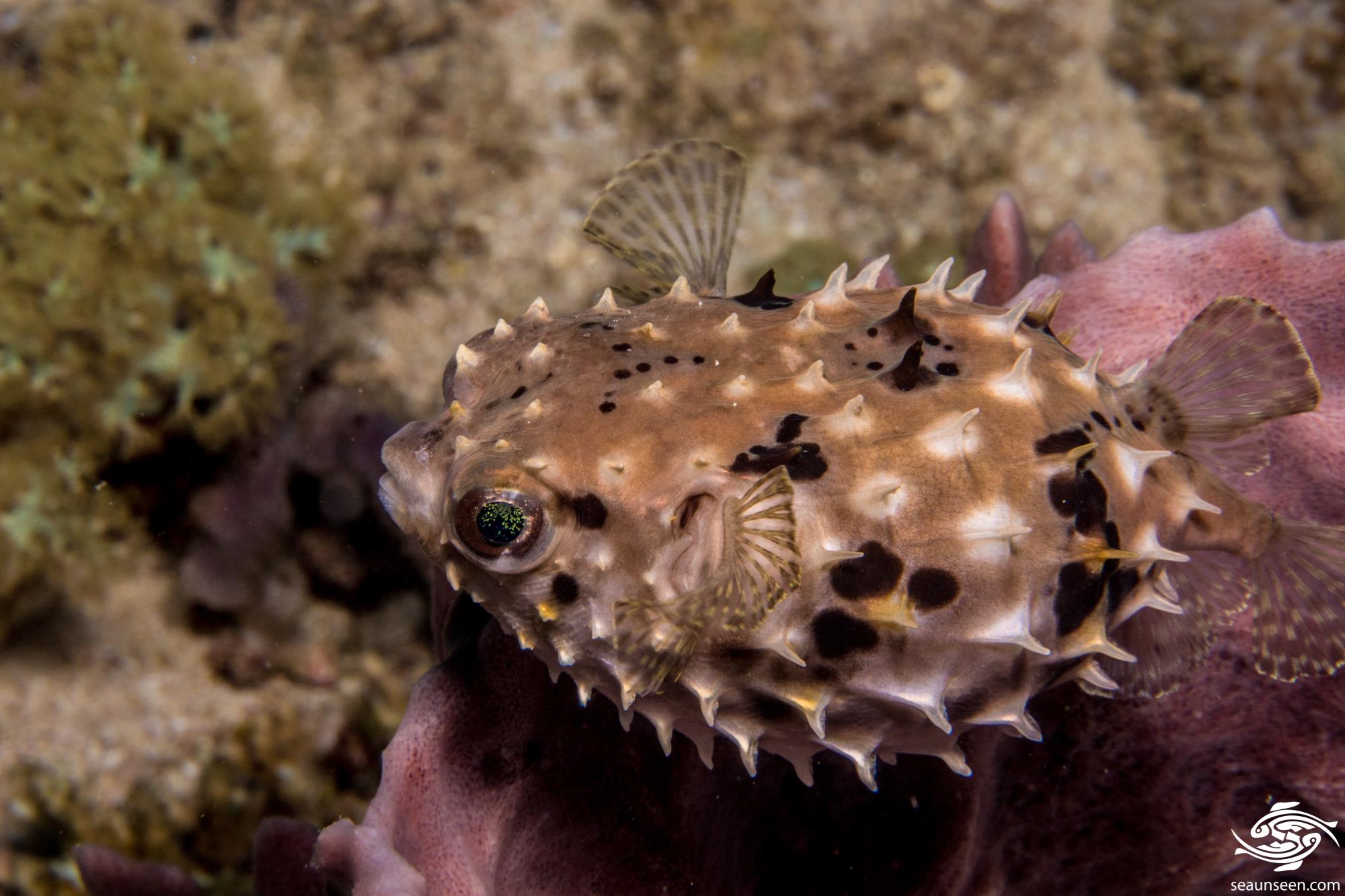 The Birdbeak Burrfish Cyclichthys orbicularis is also known as the Orbicular Burrfish. Burrfish differ from the Porcupine fish in that they have rigid spines instead of movable spines.  They have the ability to take on water and to enlarge the body as with the other pufferfish.

As with many other puffers, they are thought to have a symbiotic relationship with types of bacteria such as Pseudoalteromonas tetraodonis. This bacteria produces tetradotoxin which is a powerful neurotoxin. These tetradoxin’s are found in their skin and internal organs. Tetradoxin is approximately 100 times more toxic than cyanide. 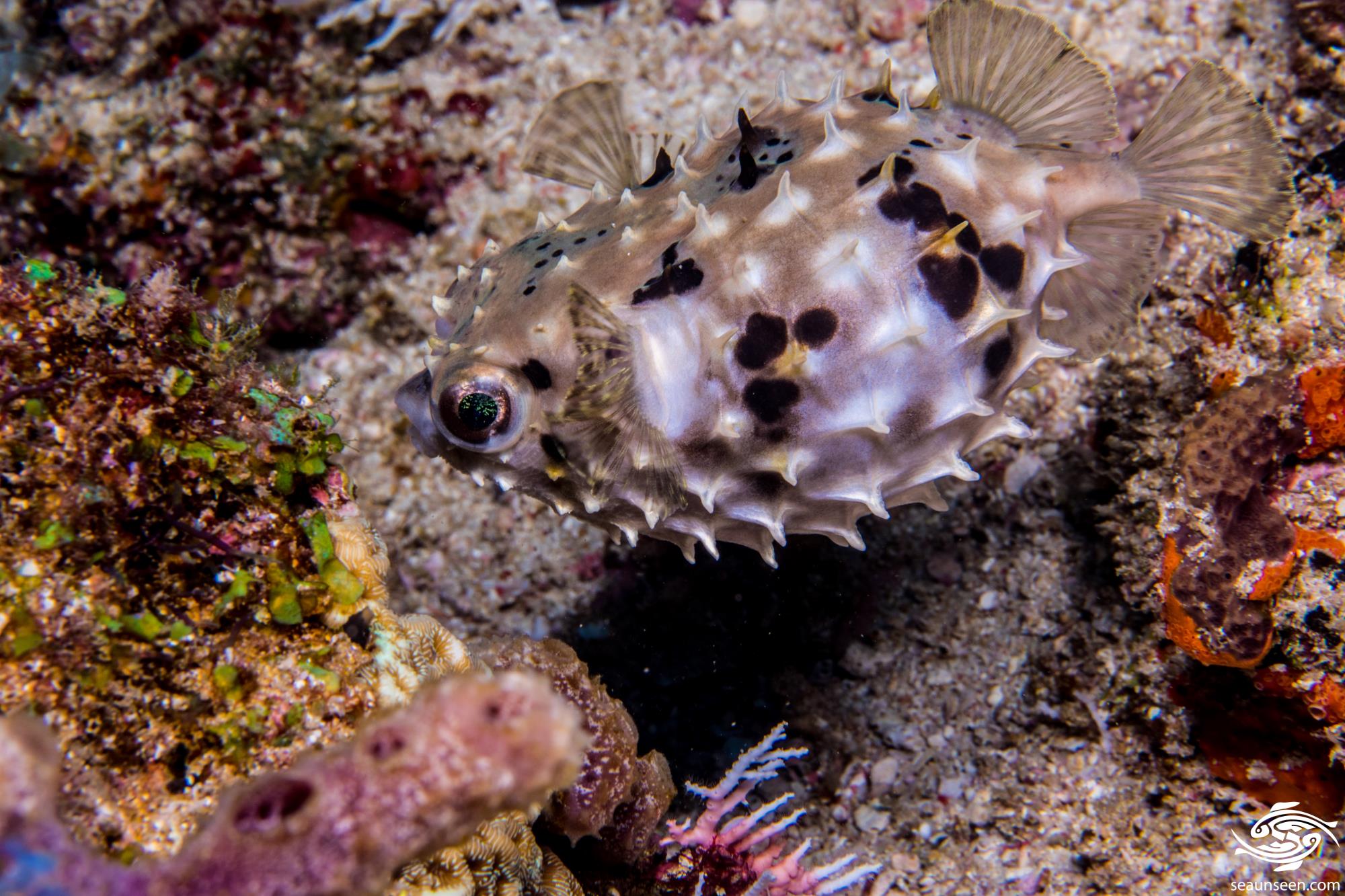 Birdbeak Burrfish have a typical pufferfish shape with a rounded body and a short tail. They have no scales or lateral line. The skin is thick and tough. The body background color is mainly light brown with some patches of white. A series of black and white dots are scattered across the body. The have permanently erected spikes. The mouth is protruding , giving them their common name.

As with all the puffers they have four teeth that are fused into a beak giving them a powerful bite capable of crushing crustacean and other shells.  They have no pelvic fins and the fins are a semi translucent light brown color which can have speckles on them.  The iris of their eyes is black and the eyes are ringed with brown.  They have the ability to move their eyes independently and have good vision.

Full grown they can grow up to 30 cm in length although usually they are slightly smaller. As with all pufferfish or blow fish as they are sometimes known, they have the ability to take water into their stomach to swell themselves up, making it harder for a predator to fit them in its mouth. They also seem to have the ability to darken and lighten their colouration. 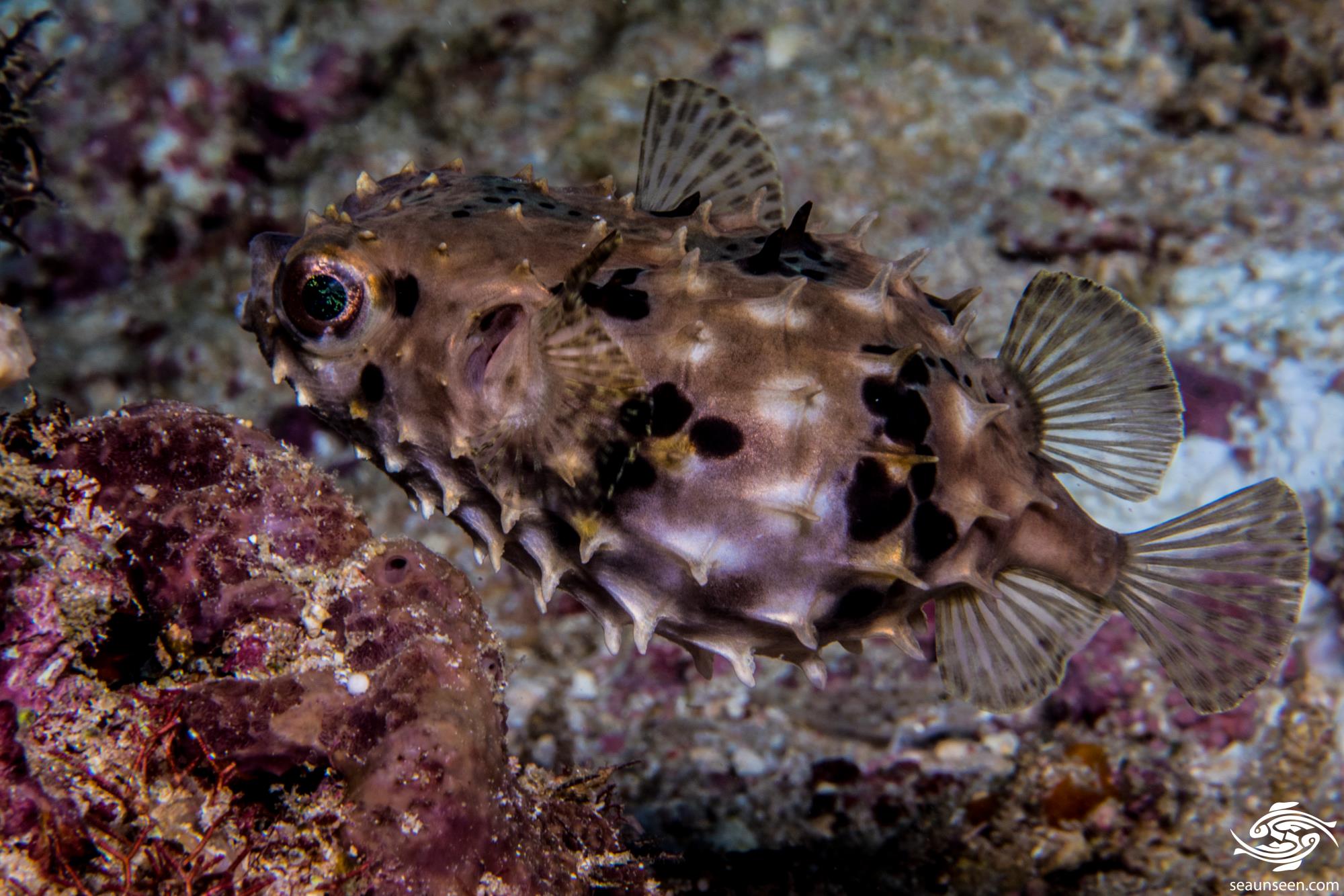 Birdbeak Burrfish are often seen in areas with large barrel sponges in which they often hide. They are nocturnal feeders and are occasionally seen on nightdives. .  If a diver nears them they will often puff up . They usually swim just above the substrate and are well camouflaged. They have been recorded as deep as 170 meters 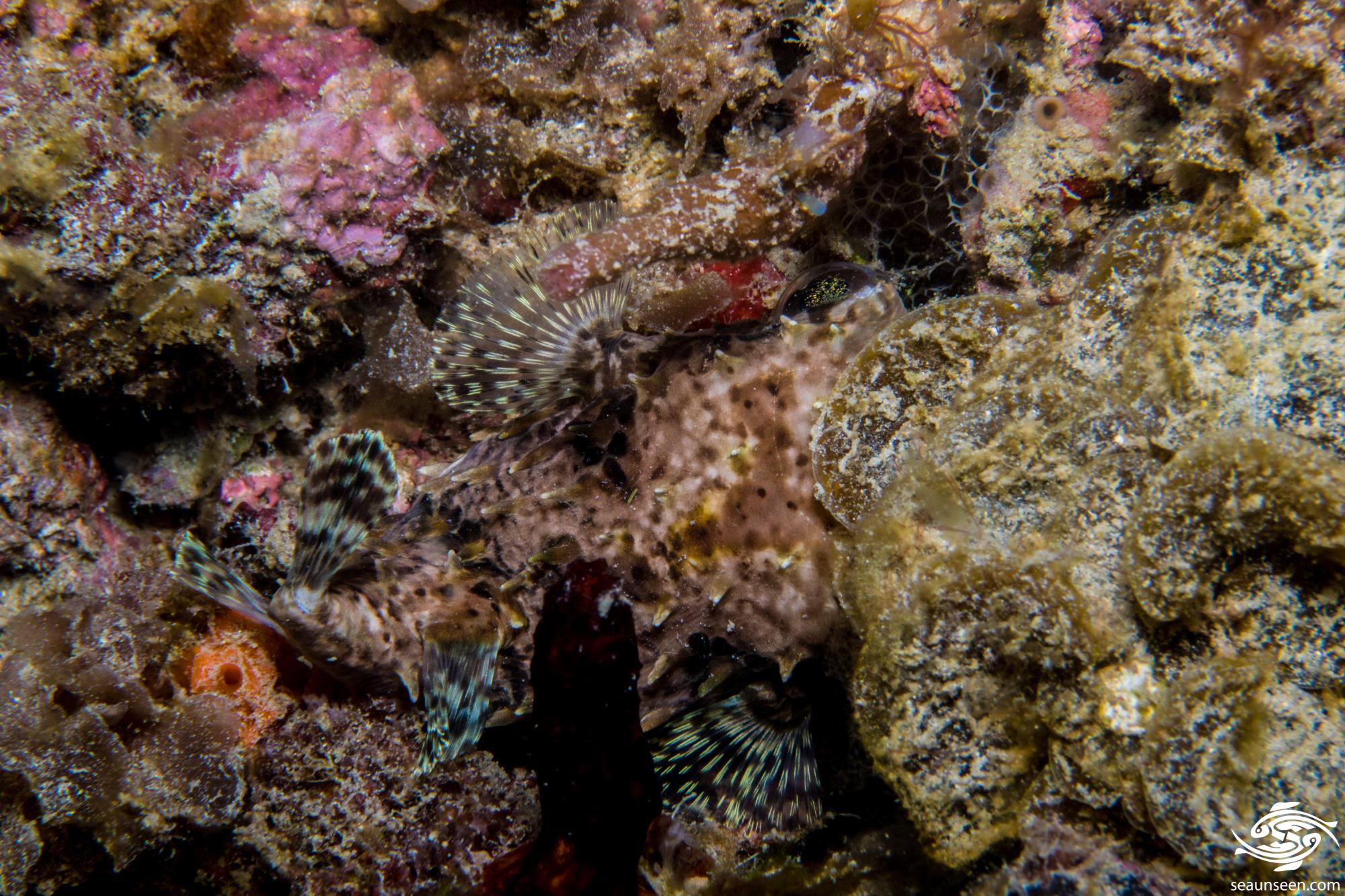 During the day they are adept at camouflaging themselves over rubble and one has to look carefully to see the specimen in the image above that has dug its way into the rubble. Its pectoral fin is raised resembling a fan worm which is how I spotted it. Otherwise very difficult to find . 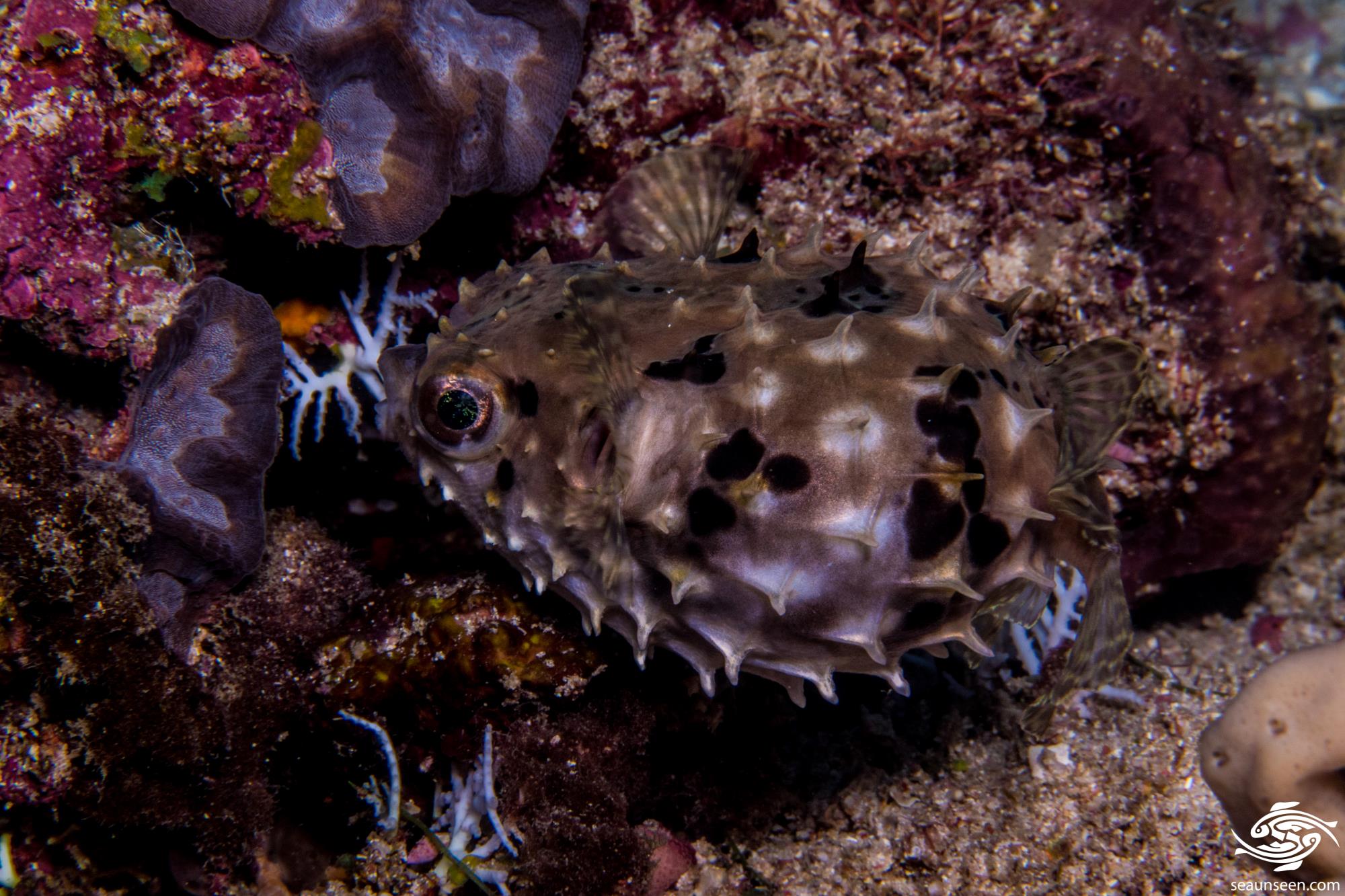 Birdbeak Burrfish were originally found only in the Indo Pacific area, from the East coast of Africa their traditional range extended up into the Red Sea and across to Japan and down to Australia. They have now migrated up the Suez canal into the Medditeranean sea and have been recorded in Turkey.  This is known as Lessepsian migration. They are found on mixed rubble areas with large barrel sponges down to   a depth of 170 meters. 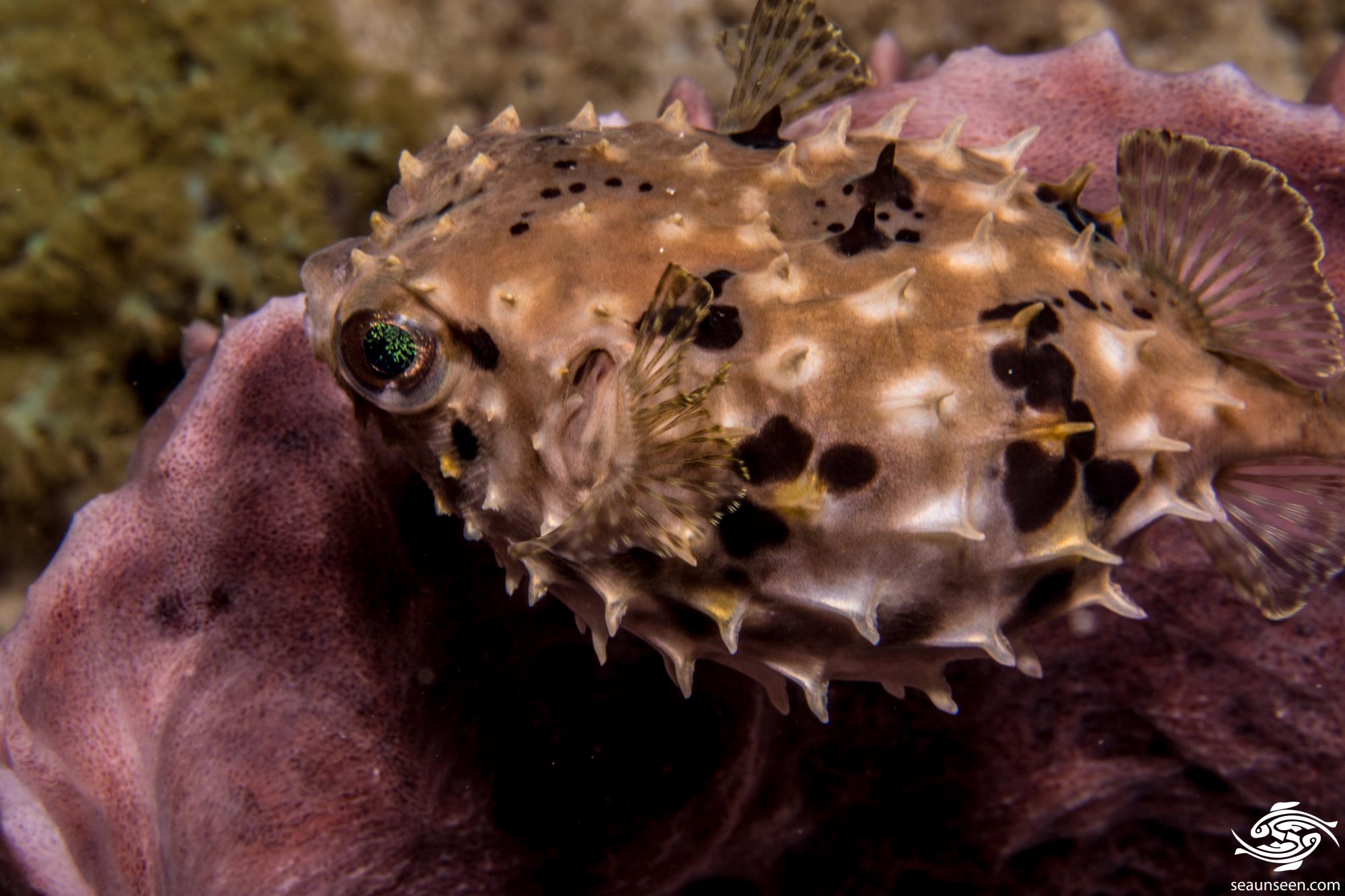 Birdbeak Burrfish have four teeth which are fused into a sharp edged beak and the teeth continue growing throughout their life. For their size they have a powerful bite. They feed on a variety of demersal invertebrates such as mollusks and crustaceans and may also take small fish. They are nocturnal feeders. 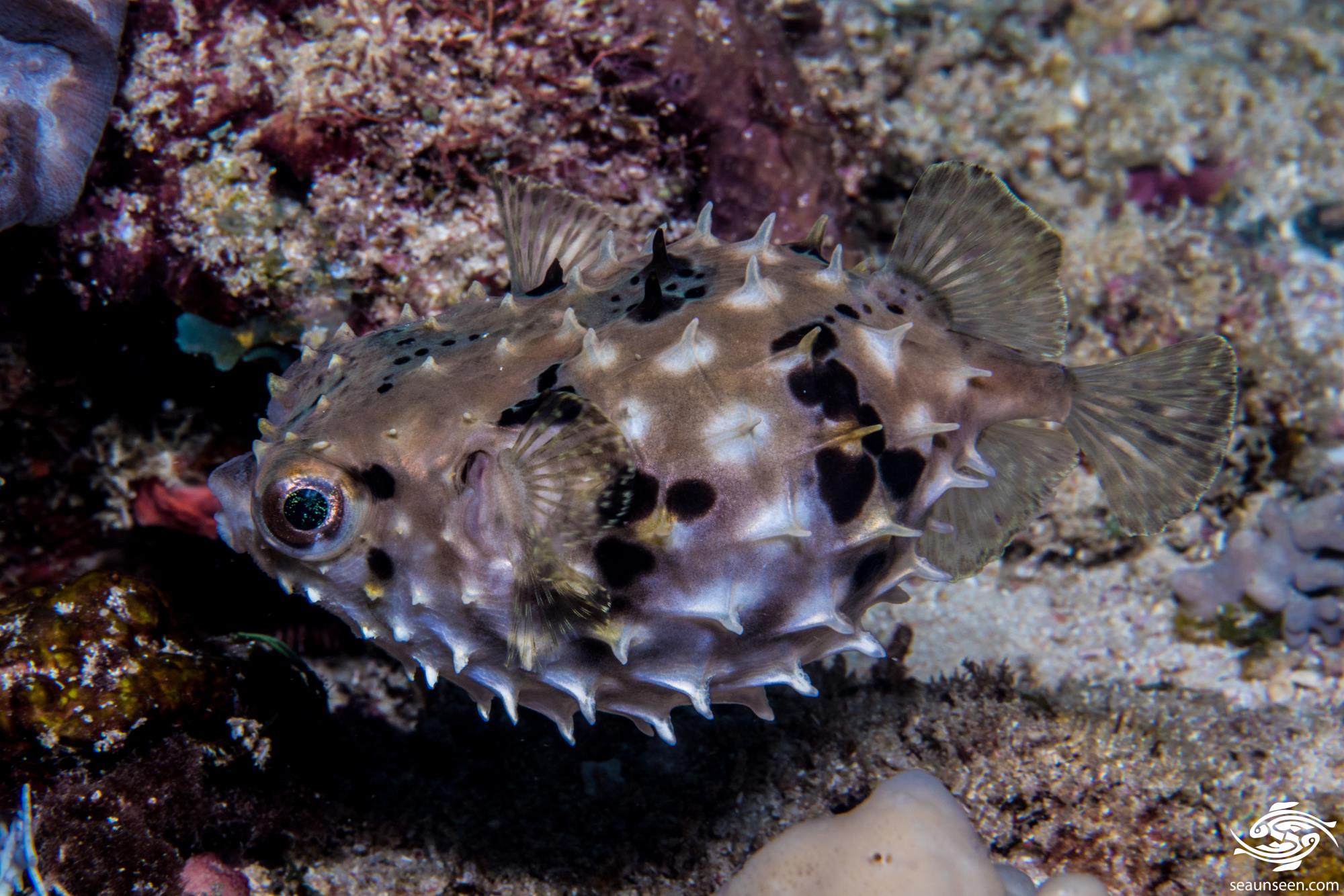 The Birdbeak Burrfish has been spawned in aquariums in Japan, nestling behavior was observed between the male and female on the bottom of the tank before spawning and isolated epipelagic eggs were found in the tank. These were reared for in excess of 60 days.  Presumably the nestling behavior is a precursor to the actual spawning and one occasionally does see this in the wild with other pufferfish. 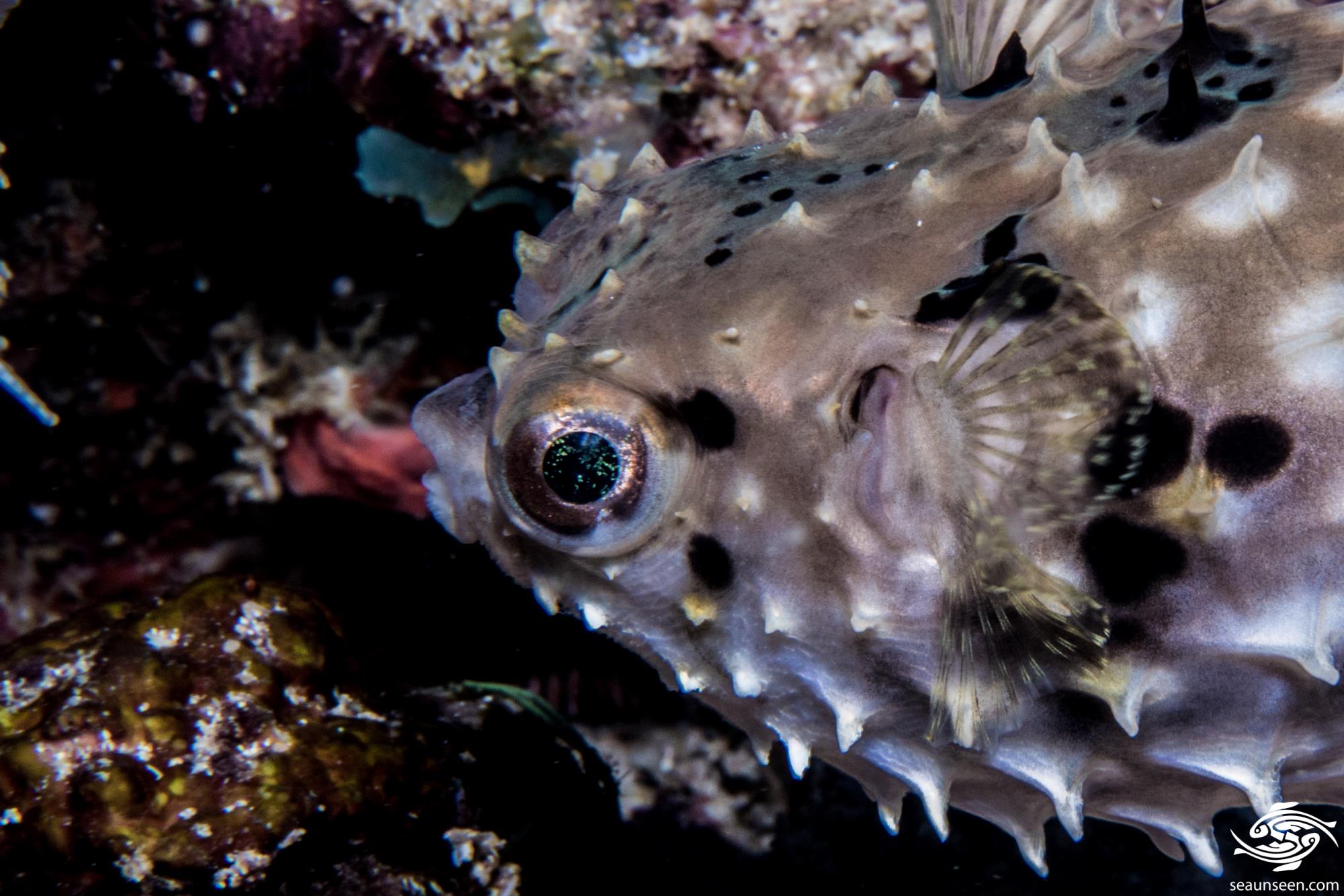 Birdbeak Burrfish probably have the ability to release toxins into the water and are not regularly kept by aquarists. Because of their constantly growing teeth, they would require regular feeds on hard shelled crustaceans to prevent the teeth from growing too far and becoming unusable. They are not aggressive fish, but may attempt to eat smaller sickly fishes and may nip long finned fishes. They will also eat most invertebrates and may damage corals. 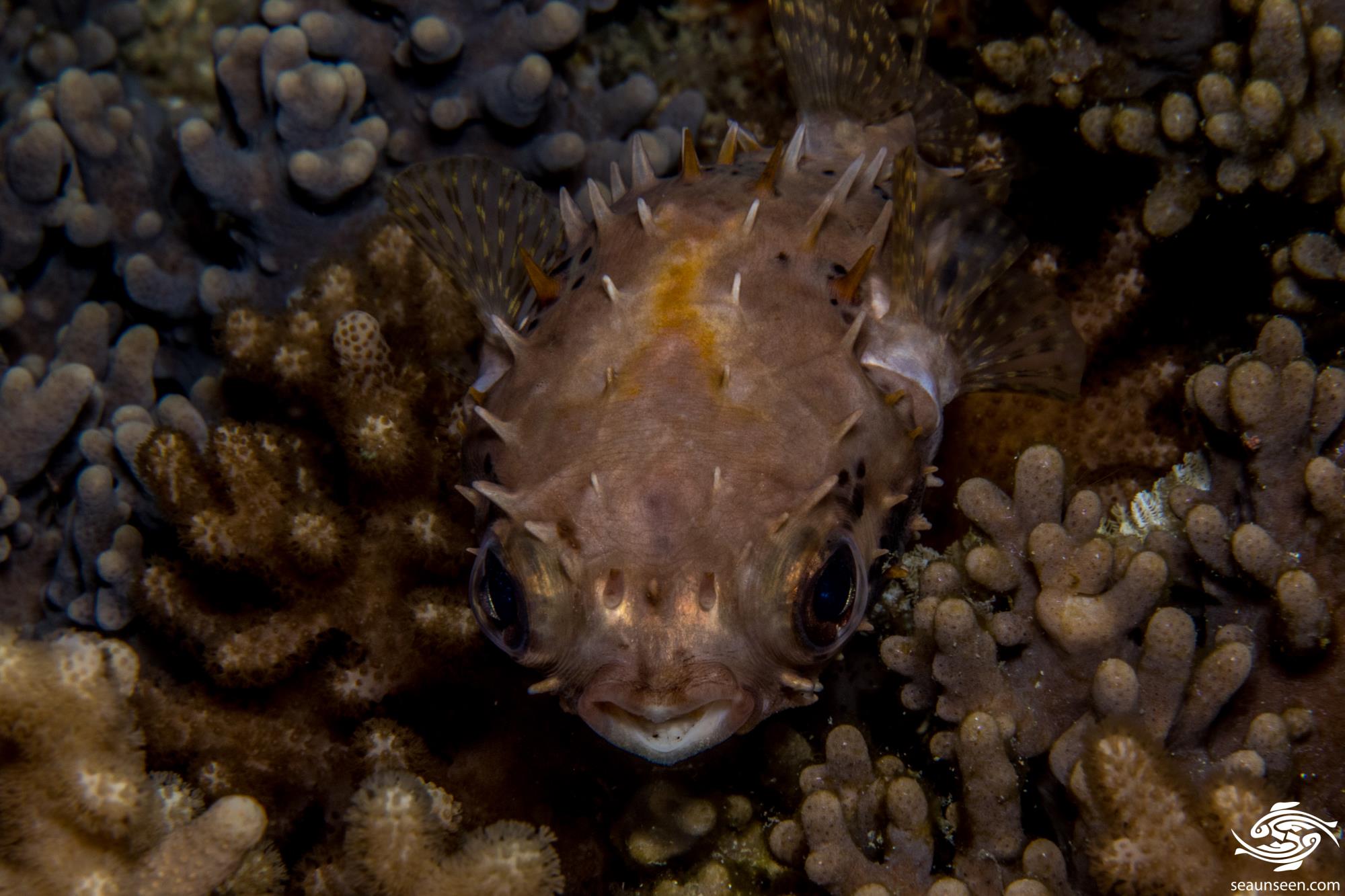