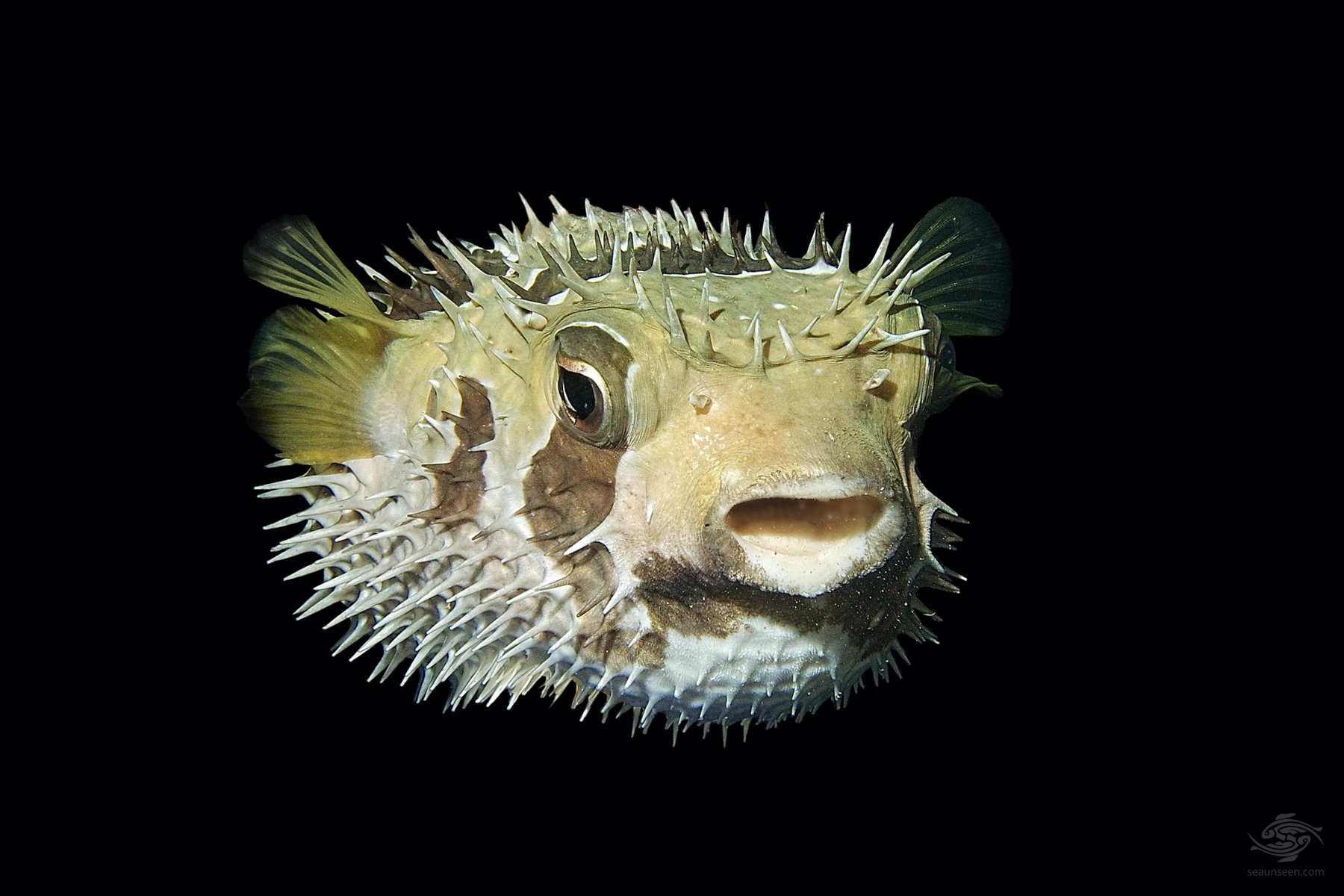 A black-blotched porcupinefish (Diodon liturosus), photographed while night diving off the coast of Dar es Salaam. In case of danger, the black-blotched porcupinefish inflates itself by swallowing water in efforts to deter a potential predator (such as myself) with its larger volume, and raises its spines defensively. The fish concentrates a poison, called tetrodotoxin, in certain parts of its body, which is a powerful neurotoxin. This defensive system constitutes an additional device to dissuade potential predators.