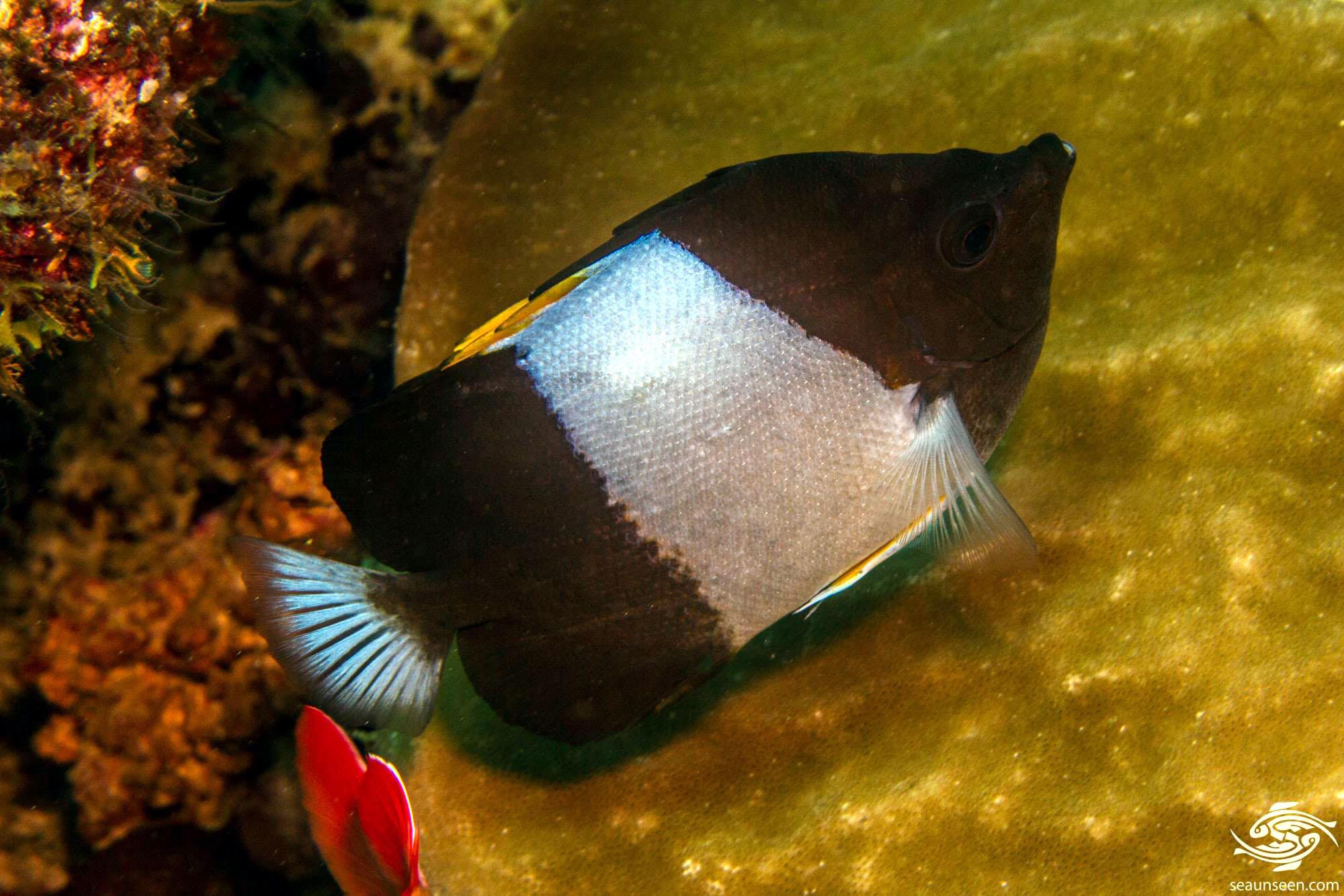 They have a white mid section with two brown-black oblique bands which form a pyramid shape on the white, giving them their common name. The dorsal fin has yellow on the mid section and the caudal and pectoral fins are white.  Juveniles and adults are very similar to each other and they are impossible to sex. They grow up to 18cm in length but are usually smaller in the wild. 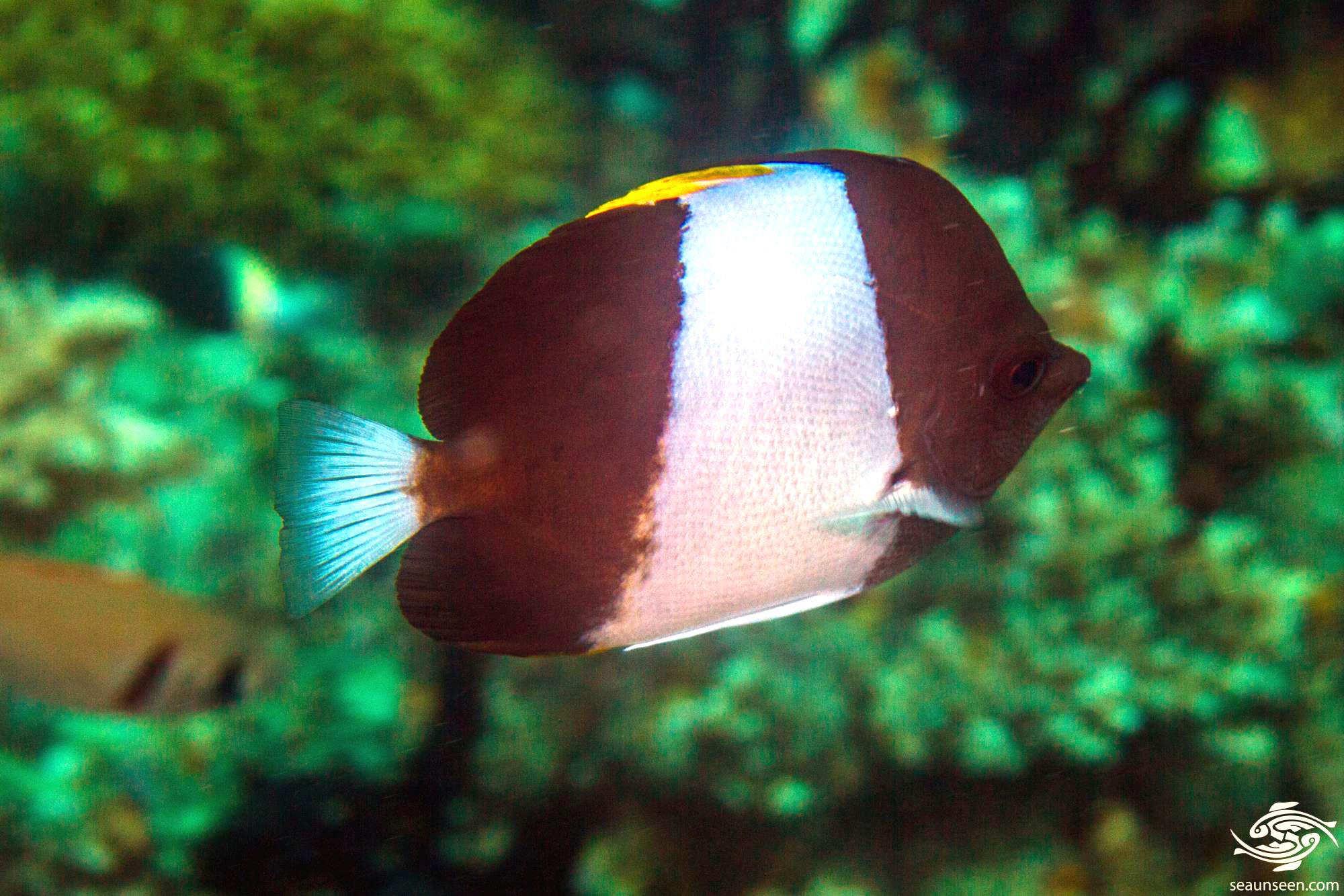 BLACK PYRAMID BUTTERFLYFISH IN THE WILD

Black Pyramid Butterflyfish are tend not to be as social as the other Heniochus species, more often than not being seen solitary or in pairs although they are known to form large aggregations which could be prey or breeding related.  On occasion in spring on Mafia Island in the Marine Park we have seen groups of up to 15 fish together. They are often seen swimming far above the substrate in open water particularly off deep walls. Usually they are found below 15 meters and seldom venture into the shallows. They prefer areas with strong currents and abundant coral. 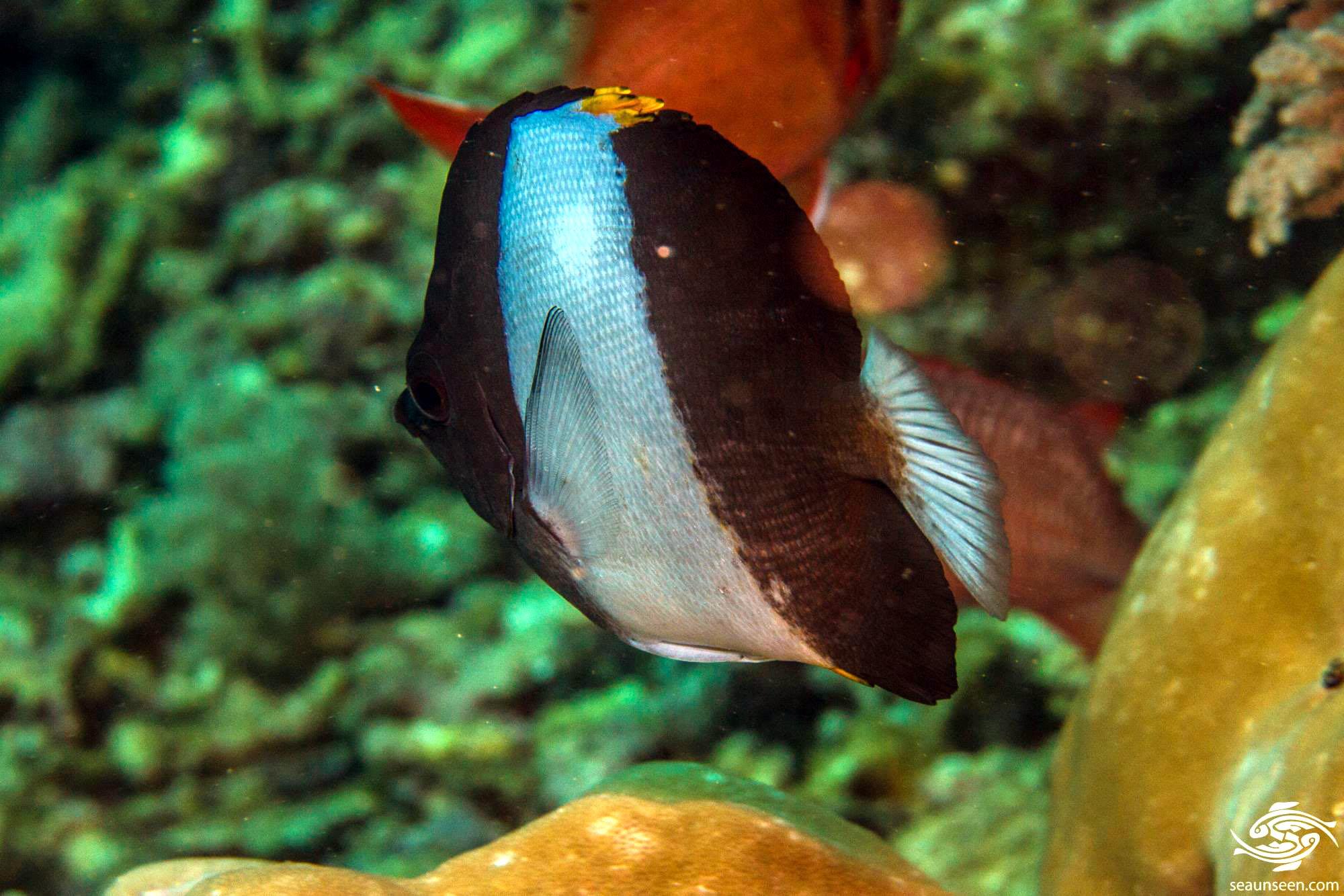 Black Pyramid Butterflyfish  are found on the East coast of Africa from Somalia south to the northern South African coast and eastwards to Thailand and Myanmar down to Indonesia including the major island groups in this range .  They are found from 1 meter to 60 meters but on the East African coast are more common from 15 meters downwards.

Black Pyramid Butterflyfish feed on plankton and supplement their diet by picking on corals.

Black Pyramid Butterflyfish are thought to spawn seasonally in pairs and the eggs larvae and fry are thought to drift with the current before swimming to the bottom. The larval stage is extremely complex making it difficult to breed them in captivity. 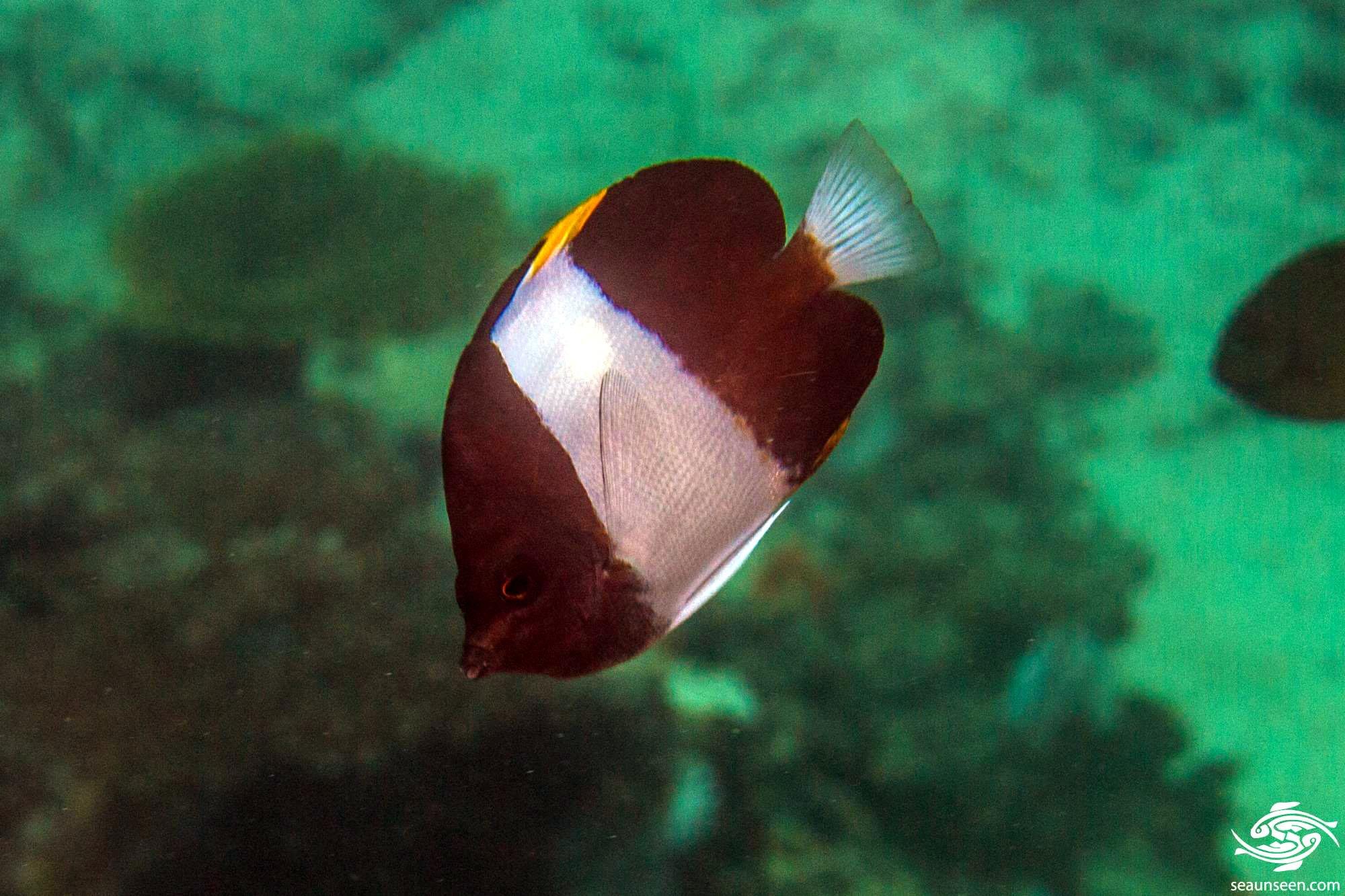 Because of their comparatively dull colouration, Black Pyramid Butterflyfish are not that common in the trade. Being planktivore’s they are easy to feed, are fairly tough  and are not aggressive fish.  If they are well fed they will be comparatively reef safe.