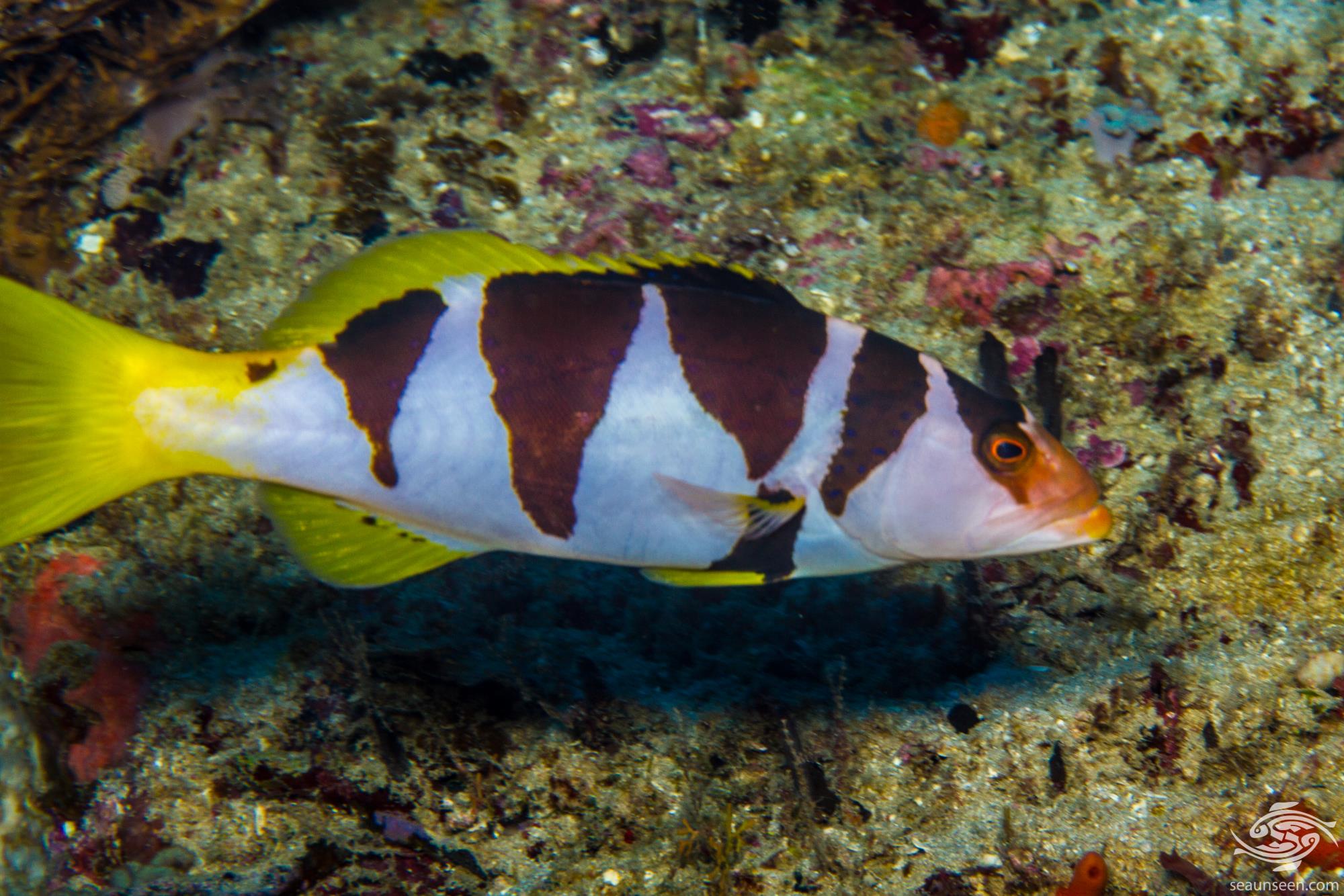 The Black Saddled Coral Grouper (Plectropomus laevis) is also known as the Saddled grouper. They are fairly rare fish on the Tanzanian coast and are shy and usually difficult to approach. 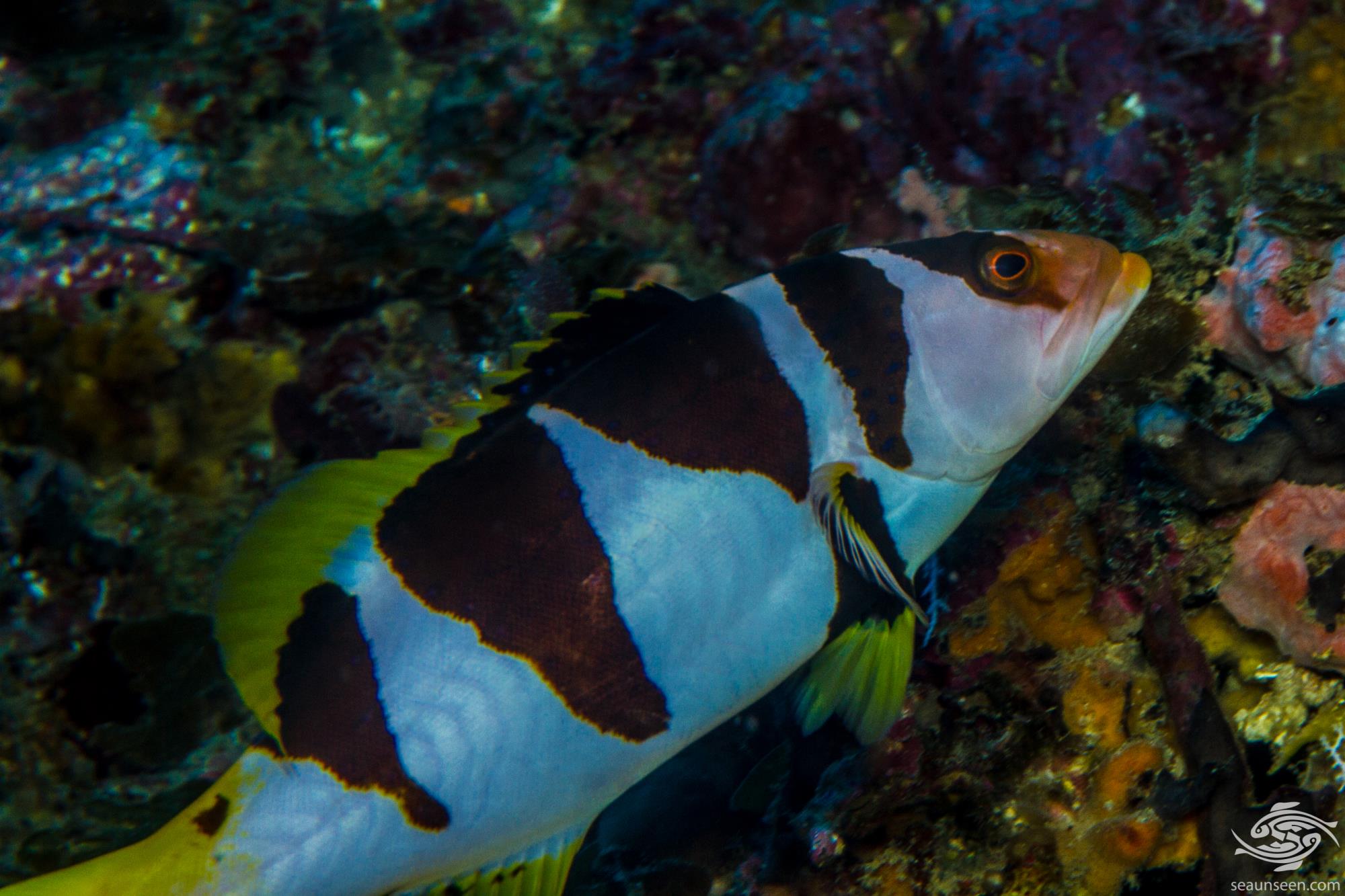 The Black Saddled Coral Grouper has a typical grouper shape. It’s coloration is a white background with five large black saddles and one small one on the rear of the caudal area. The fins are a bright yellow and there is a brown patch over the face.  The lower lip is lined with yellow.

There is a second colour phase with a dark grey body with similar bars on it which is quite rare. As with all grouper they have a proportionally large mouth designed for swallowing their prey whole.  Their maximum size is 125 cm in length although 80 cm is more common in the wild. 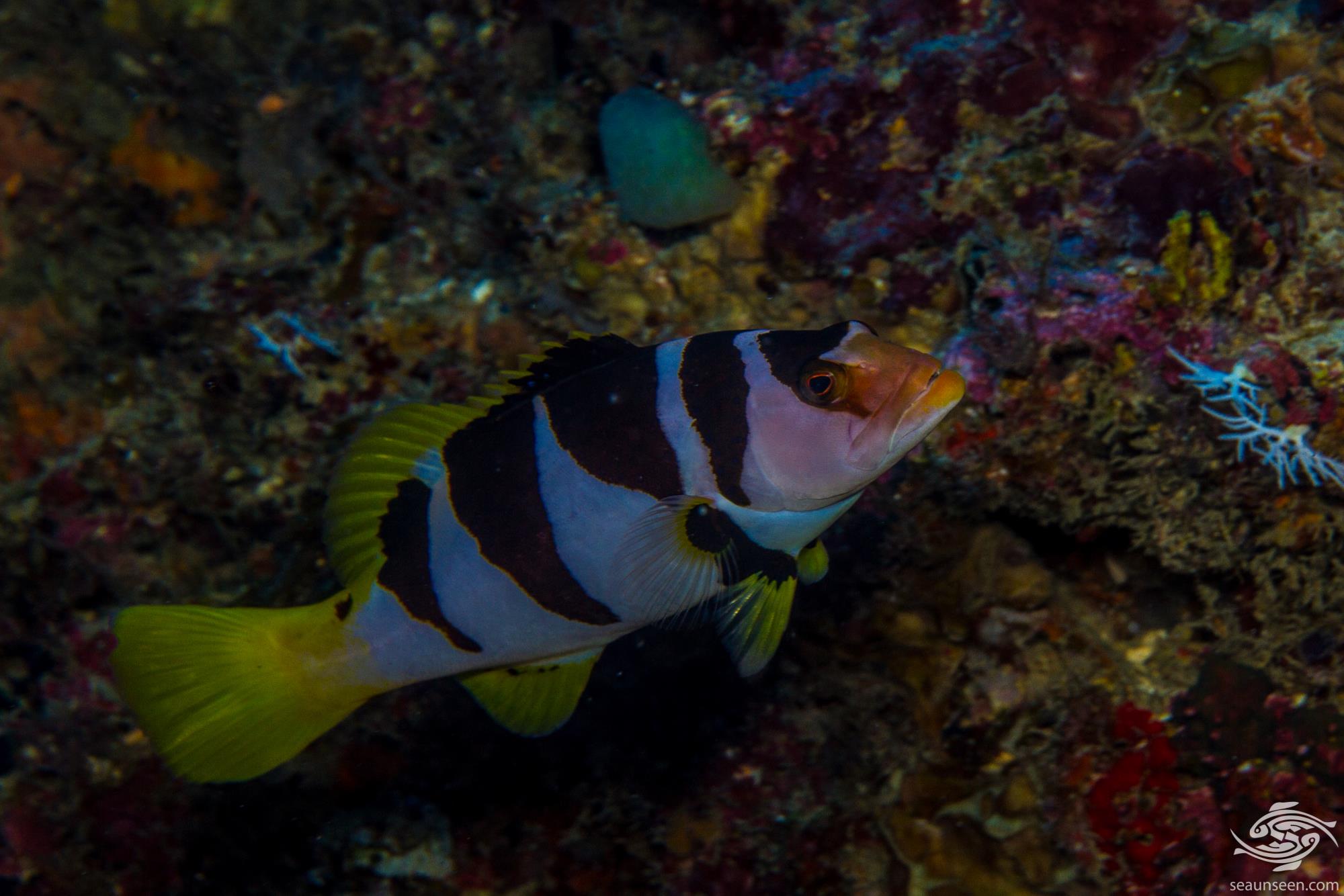 Black Saddled Coral Grouper are fairly shy fish when it comes to divers and will quickly either swim away from a diver and hide or they will peer out at a diver while hovering close to a hole that it can dart into. 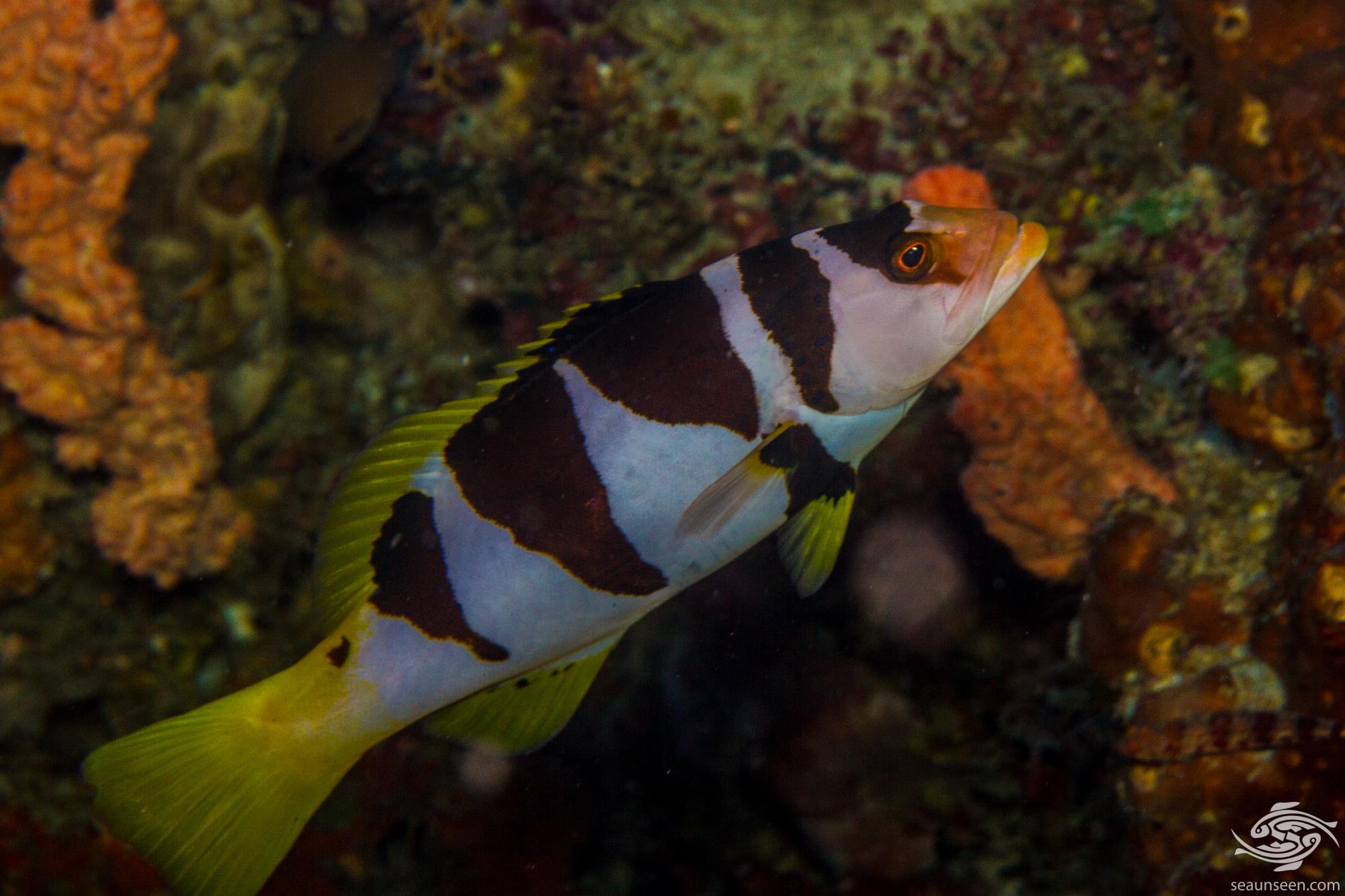 Black Saddled Coral Grouper are found on the East coast of Africa from Durban in the south to the Red Sea, eastwards to northern Australia and up to southern Japan. They are typically found on exposed reefs rather than in protected areas or estuaries.  We have only seen them from 15 meters downwards. 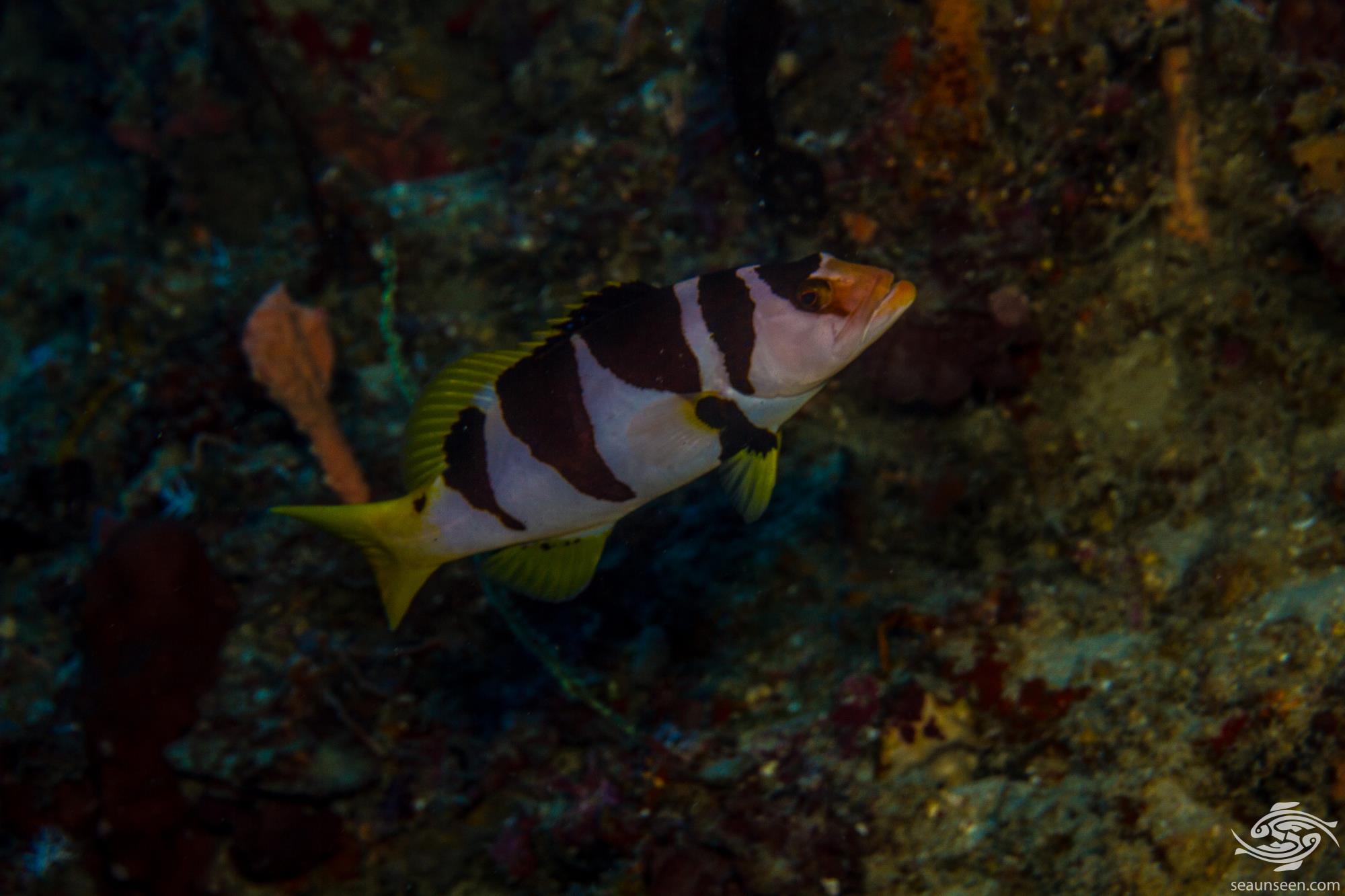 Their main diet is small fishes and crustaceans, however given they are regularly caught by fishermen on the hook this indicates that they will scavenge as well. They are ambush predators and usually feed in the early morning and late afternoon when their coloration gives them more camouflage. 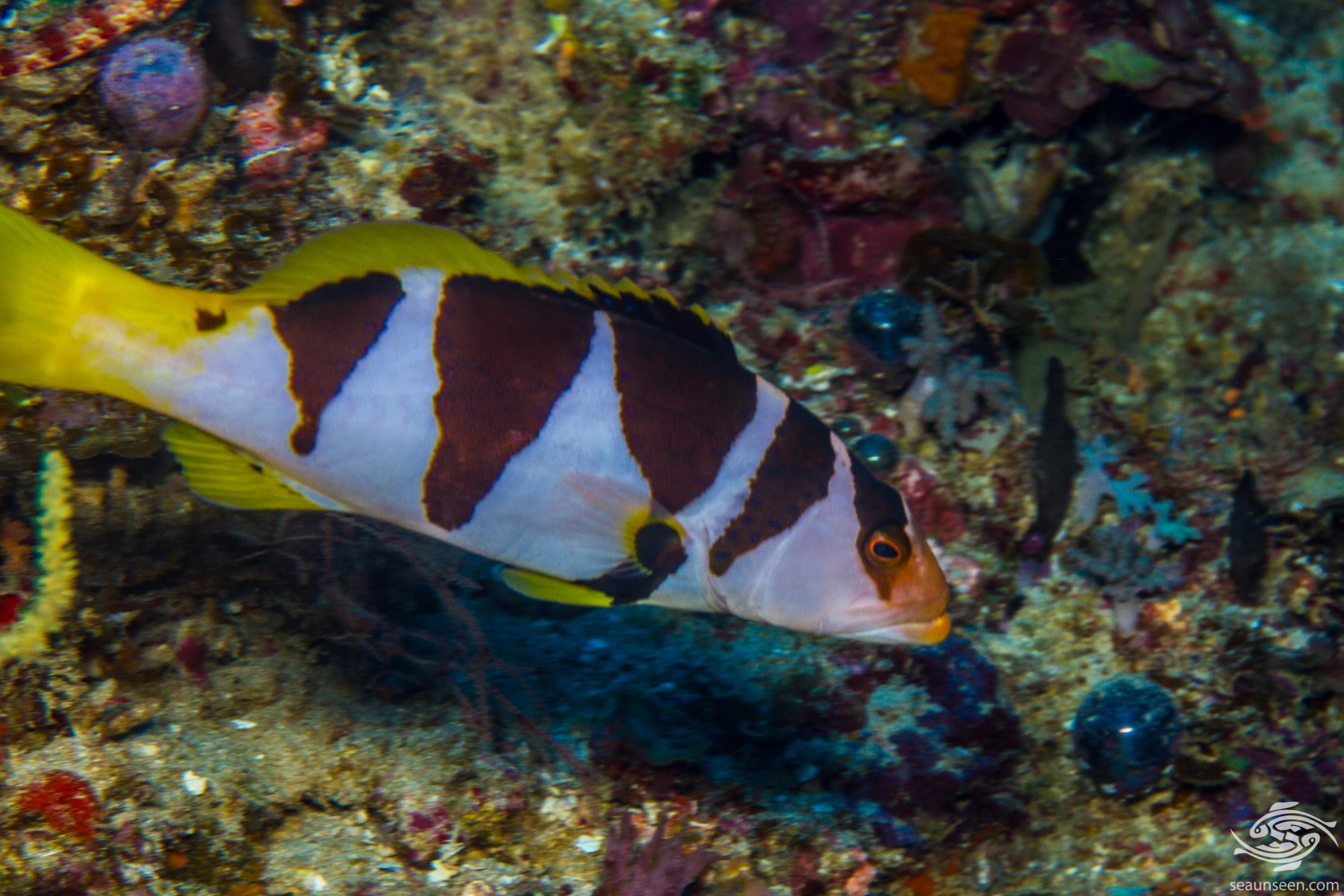 Adult males form haremic groups with up to twelve females in a group, each female having a territory which falls in the territory of the male. 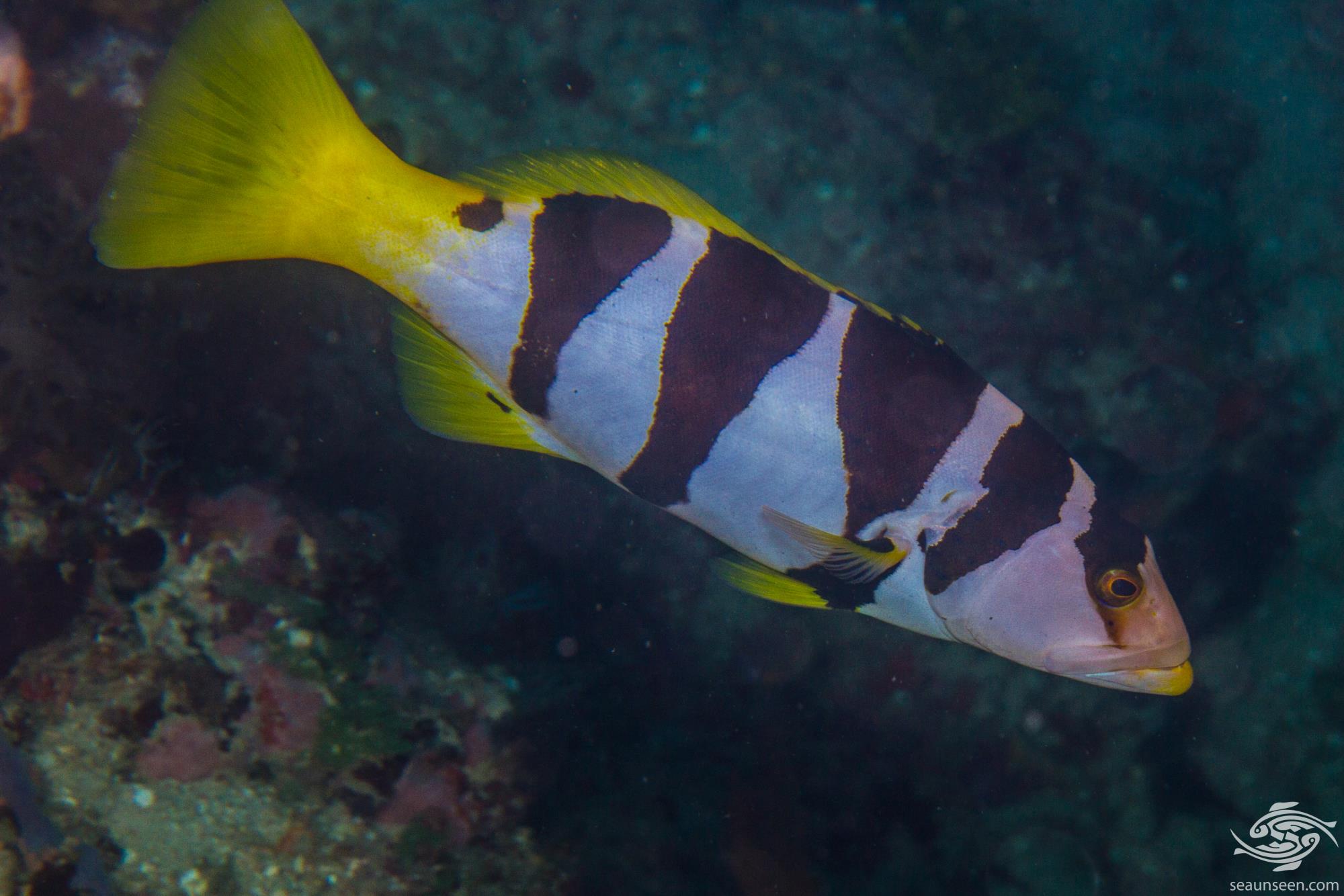 Because of their potential size and appetite for smaller fishes they are seldom kept in private aquariums.

The Black Saddled Coral Grouper is fished commercially and in most areas of the Tanzanian coast is heavily over fished.