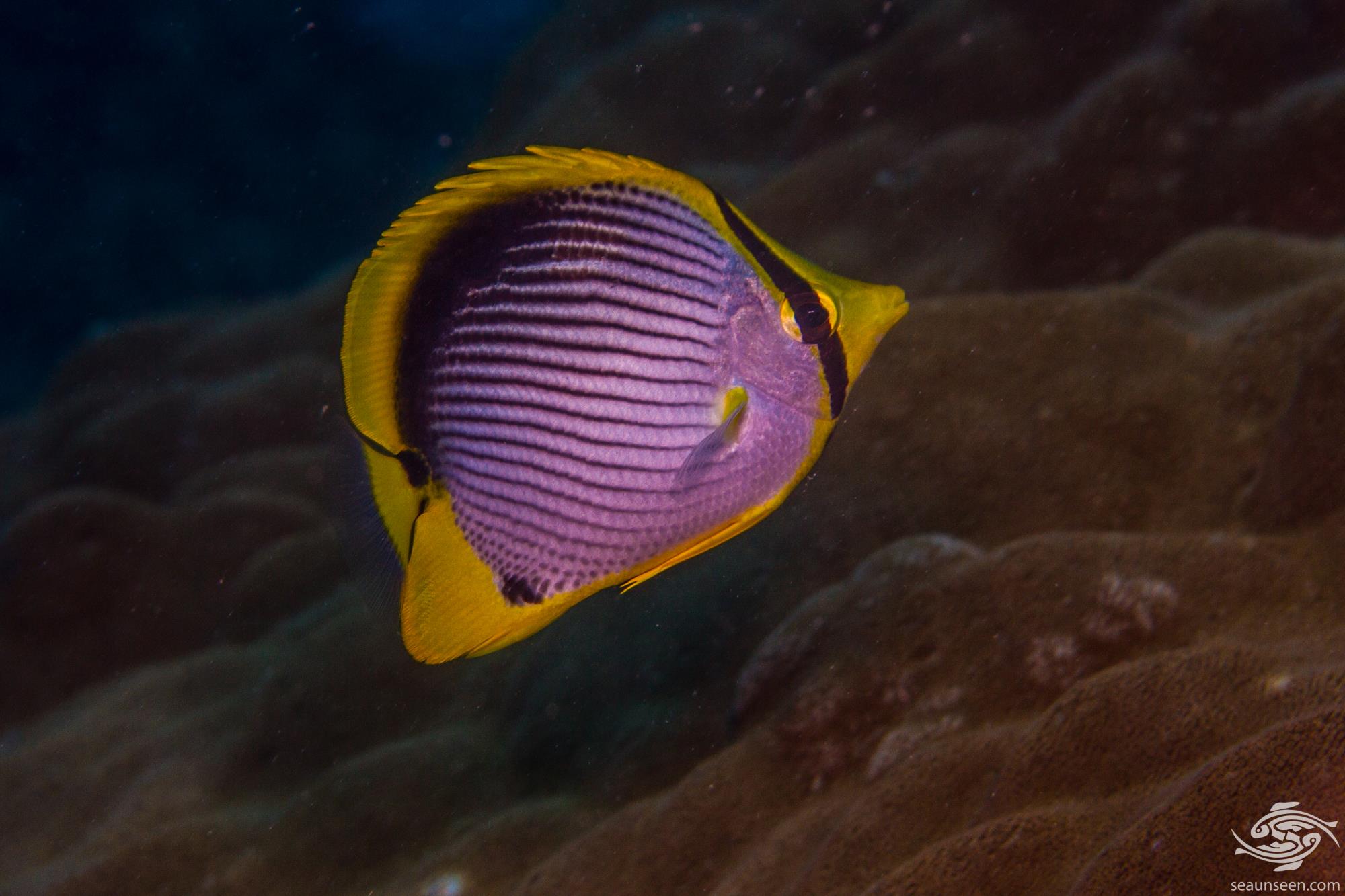 The Blackback butterflyfish (Chaetodon melannotus) is also known as the Black-backed butterflyfish and the Melannotus Butterflyfish.  They are not that common on the coast of mainland Tanzania and are more common on Zanzibar and Mafia Island. 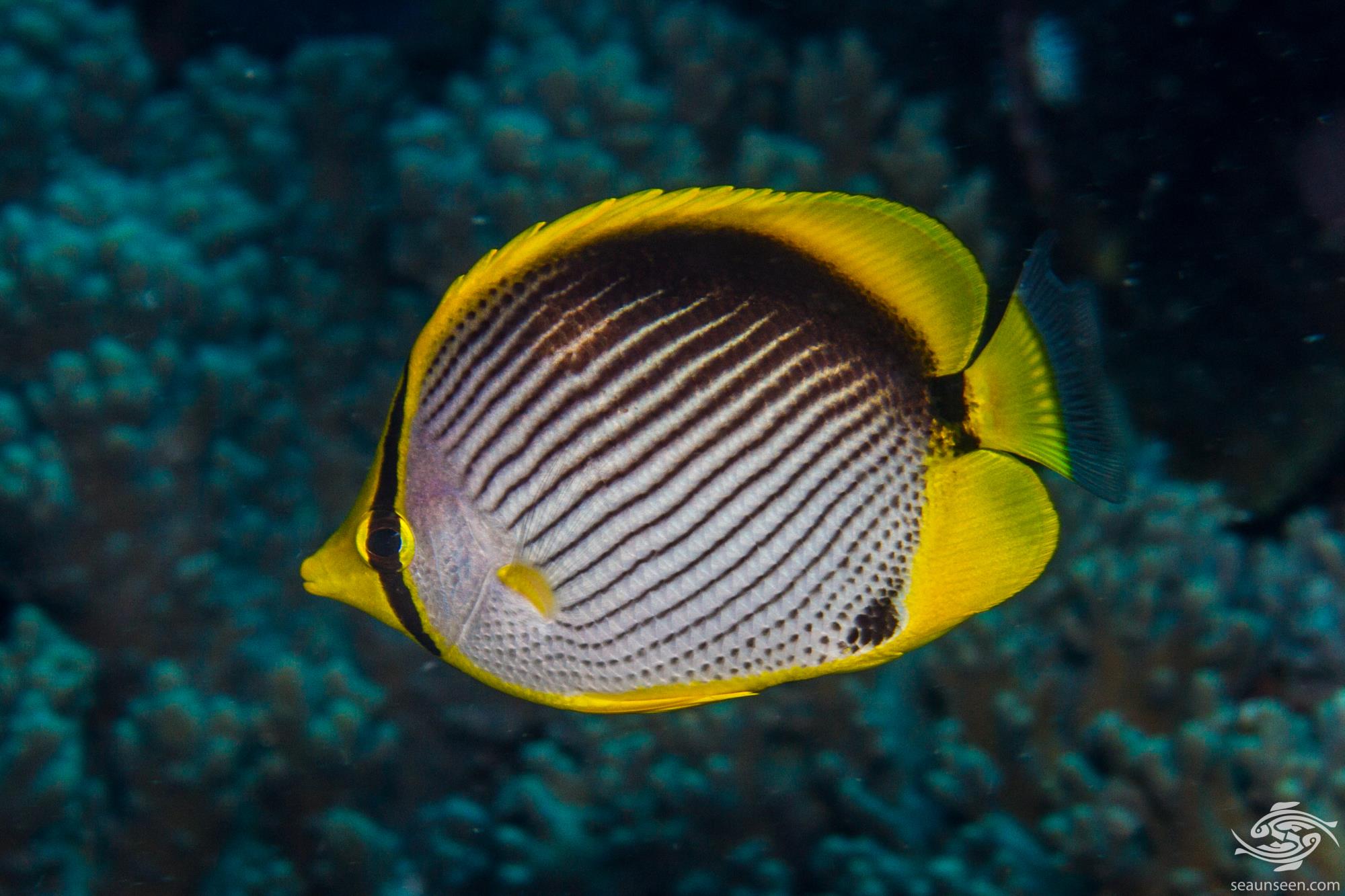 The body of the Blackback butterflyfish is a typical butterflyfish shape, laterally compressed and oval with a pointed nose. The main body color is white with oblique black lines across the body. There is a  black patch across the rear dorsal section, going down to the top of the caudal fin. The face is yellow and a black horizontal bar runs through the eye.  The fins are a bright yellow colour and there is a black spot just in front of the anal fin on the lower body.  They have a pointed mouth with sharp, narrow teeth and grow to up to 18 cm in length. It is impossible to sex them from their looks. 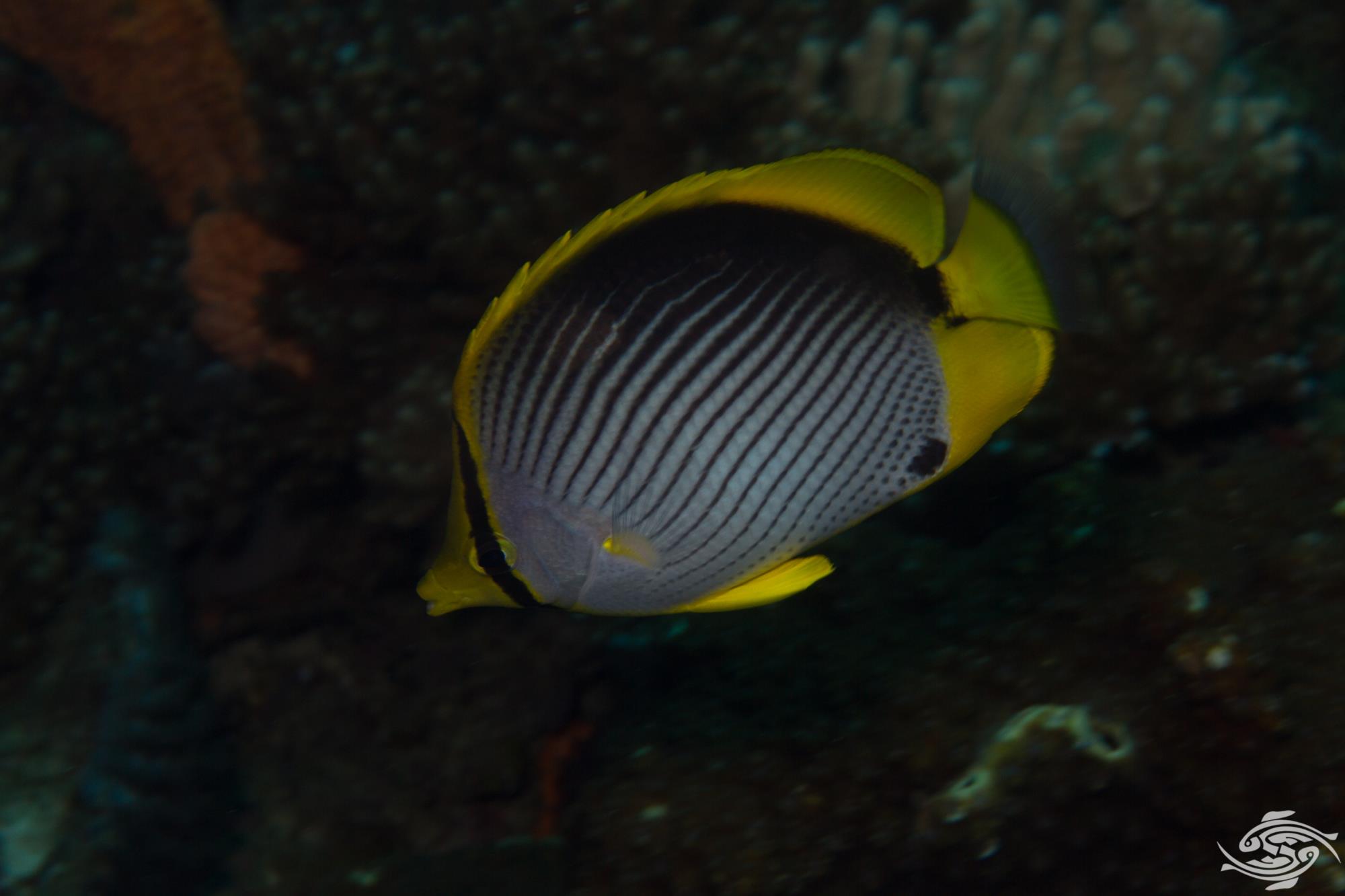 BLACKBACK BUTTERFLYFISH IN THE WILD

Blackback butterflyfish are more often than not seen singularly but they are seen in pairs in spring and early summer which is their breeding season.  The adults are usually found from 5 meters downwards to 20 meters. They are mainly seen in areas with abundant staghorn corals. They are fairly shy fish and are not that easy to get close to. They will swim off if they feel a diver is following them. The juveniles prefer shallow protected reefs and are quite shy.

Sometimes they team up with the Melon Butterflyfish (Chaetodon Trifaciatus) and feed across the reef in small groups. Being transient feeders this strategy could possibly assist in dealing with territorial damselfish who protect their territories. While the damselfish is chasing one member of the group , this frees up its territory. 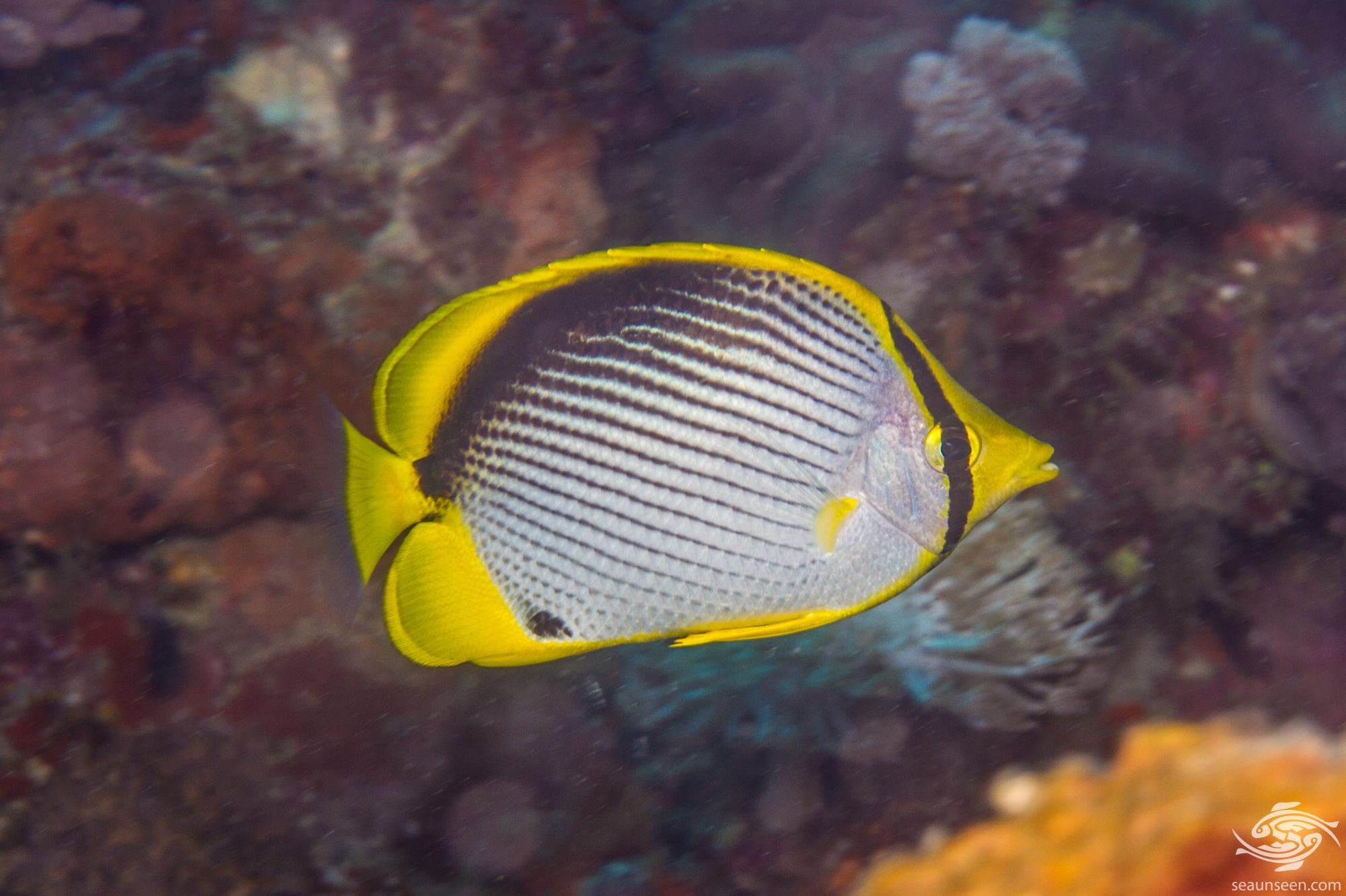 Blackback butterflyfish are found from South Africa ( where they are rare) north to the Red Sea and across to Southern Japan and down to the Great Barrier Reef in Australia and Lord Howe Island.   They are usually found from 5 to 20 meters in depth in Tanzanian waters. 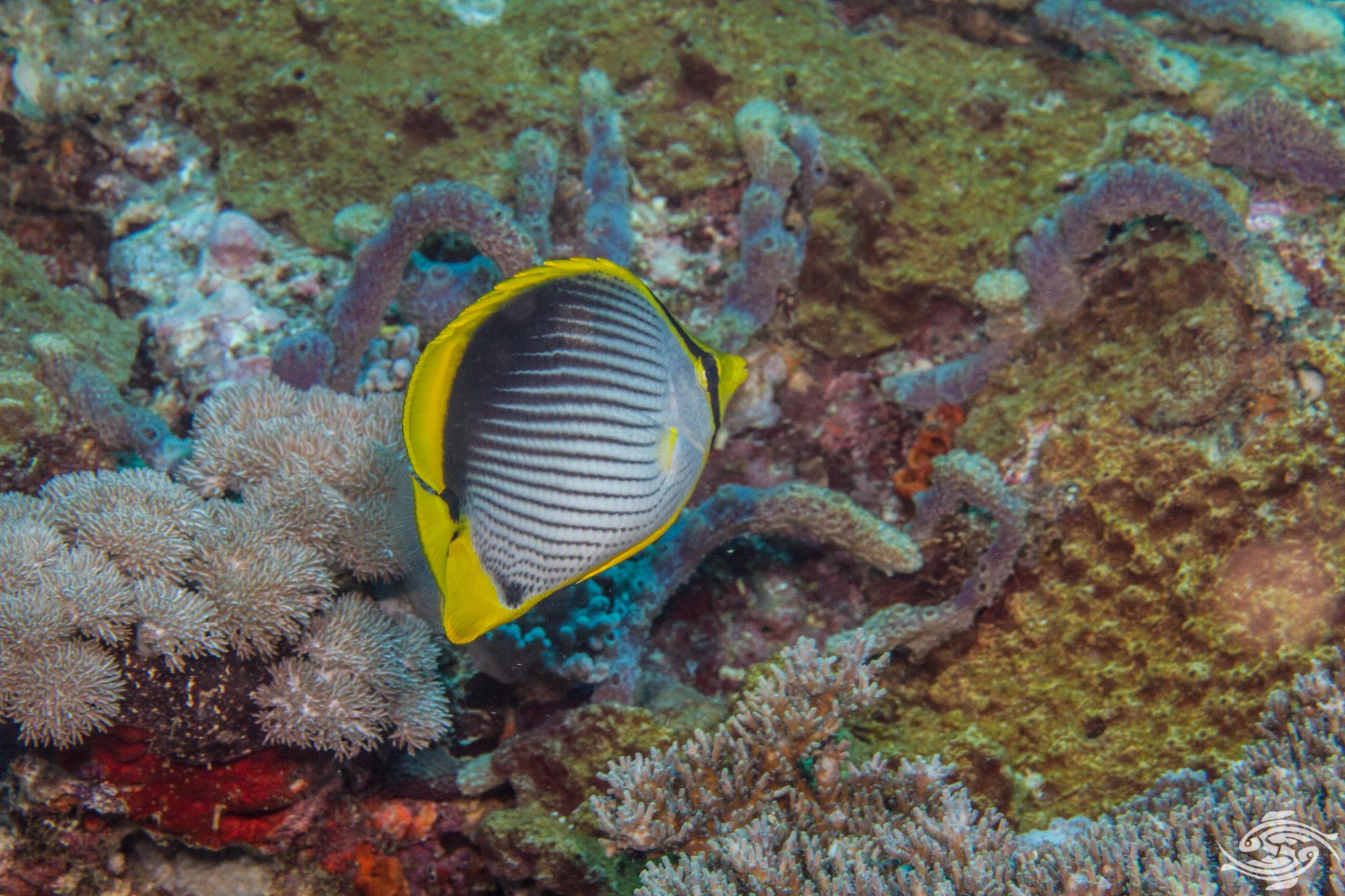 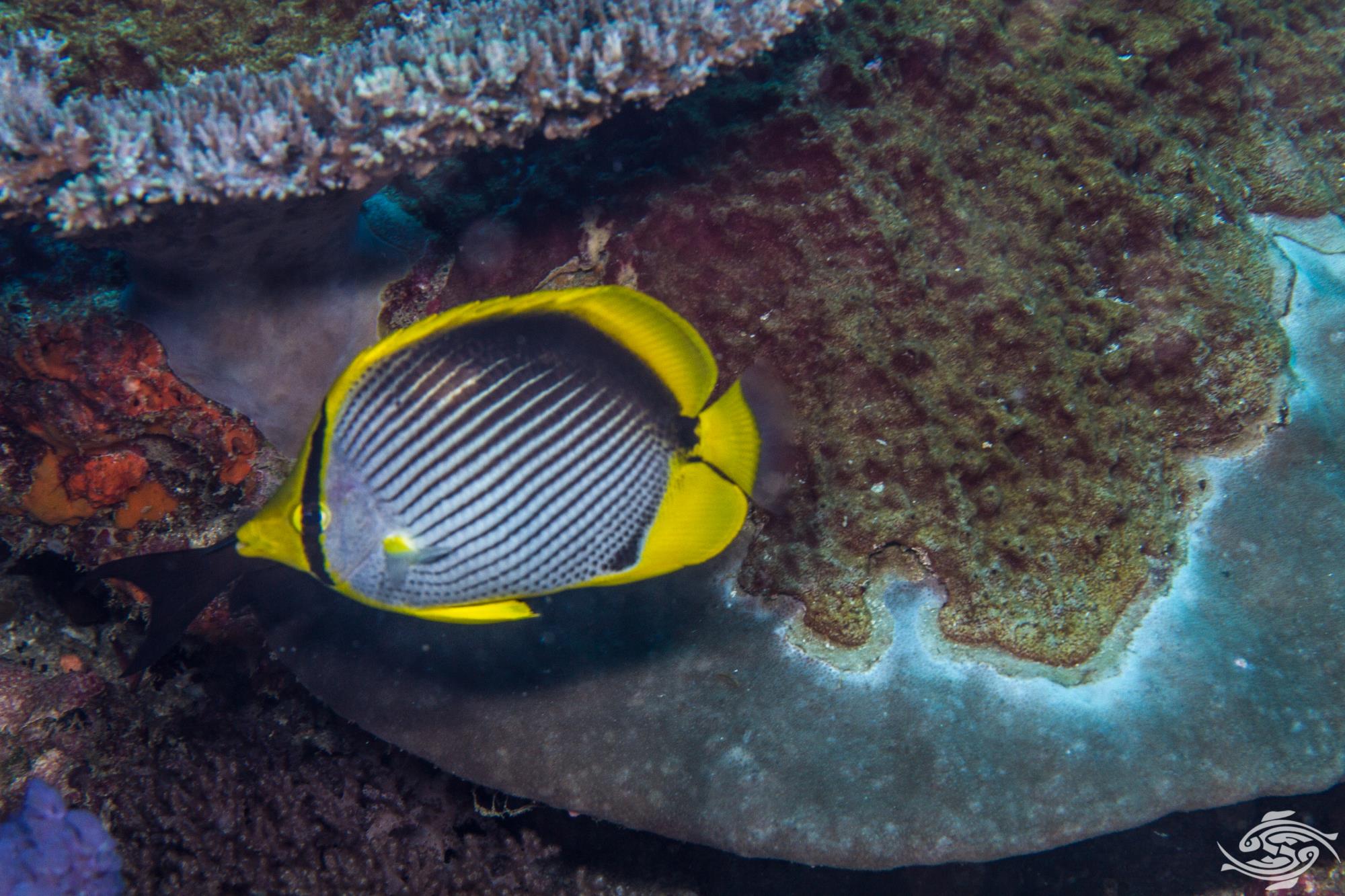 Little is known about the mating habits of the Blackback Butterflyfish. They are solitary for most of the year but form pairs in spring and early summer when the water temperatures rise to around 28 to 29 C. The female swells with eggs and spawning takes place by scattering into the water table with the male fertilizing the eggs. 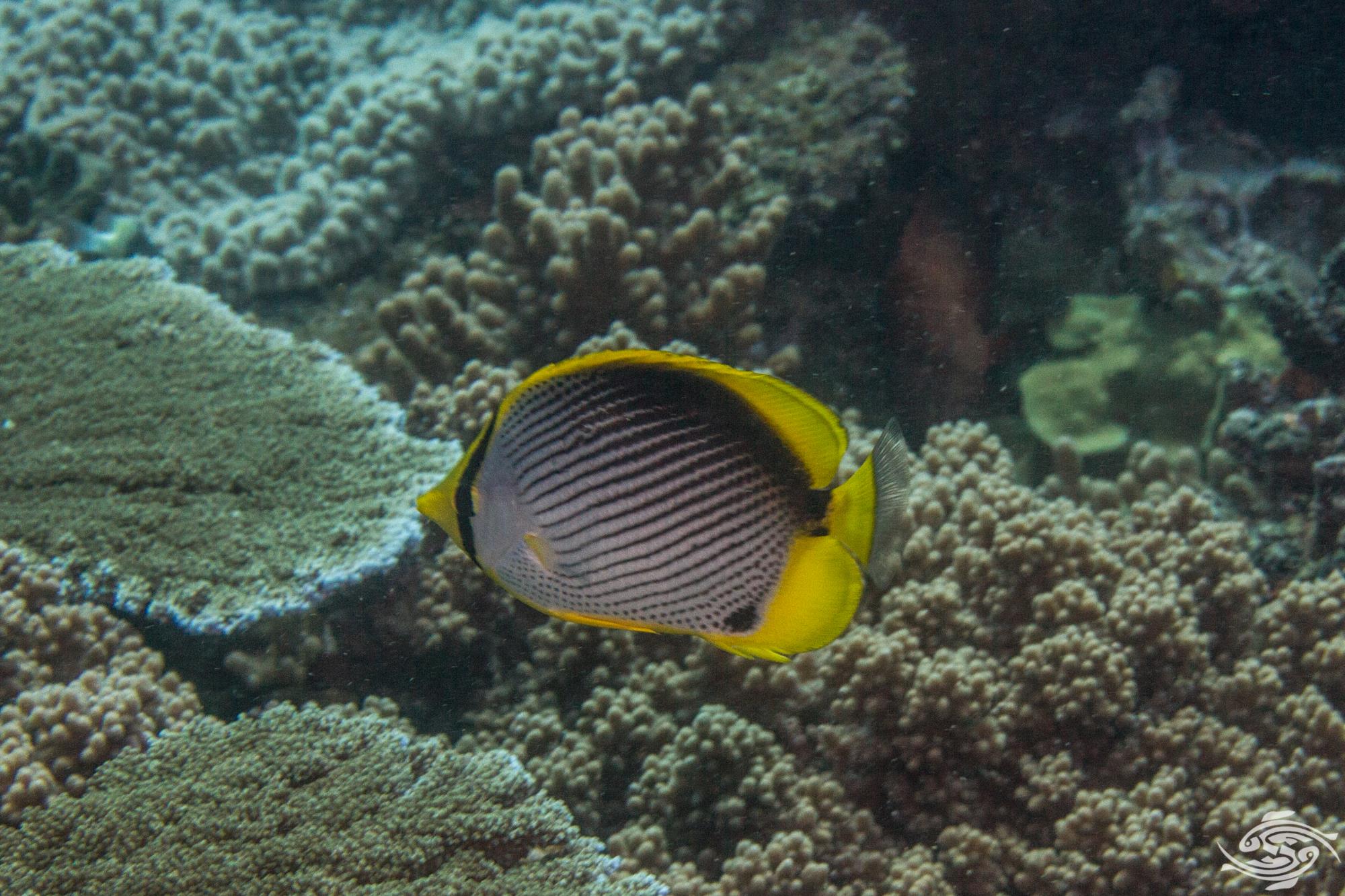 Blackback butterflyfish are kept in aquariums but because of the difficulty in getting them onto prepared foods only experienced aquarists should keep them. They are however easier to keep than most of the other butterflyfish. They are not reef safe and will pick on coral polyps and tubeworms.