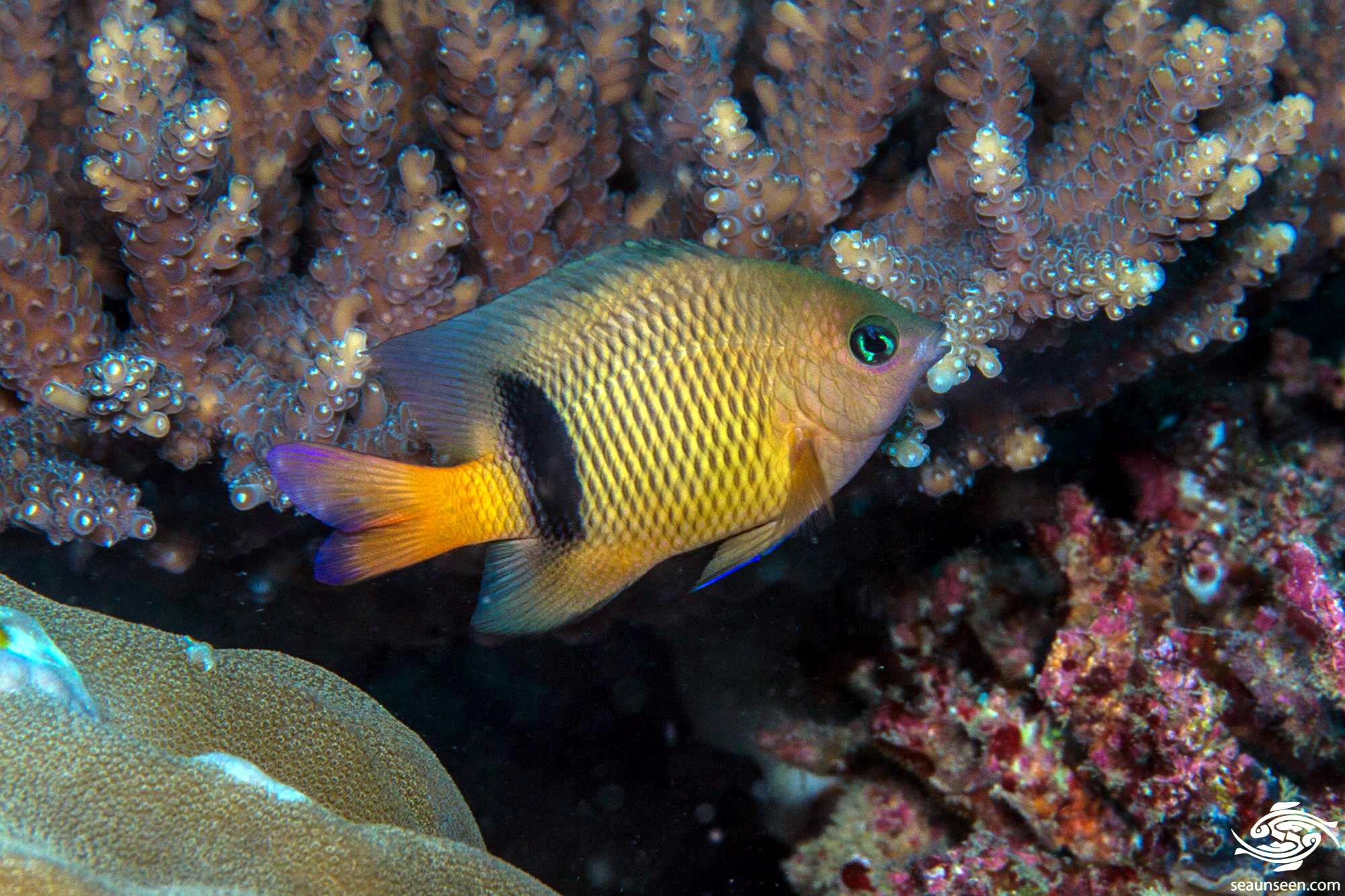 The Blackbar Damselfish, Plectroglyphidodon dickii is also known as the Narrowbar Damselfish, the Blackbar Devil and Dicks Devil. Despite their small size and lack of bright coloration they have a lot of character. Previously they were classified as Dascyllus aruanus but the western Indian ocean population have now been split off from the Pacific population. 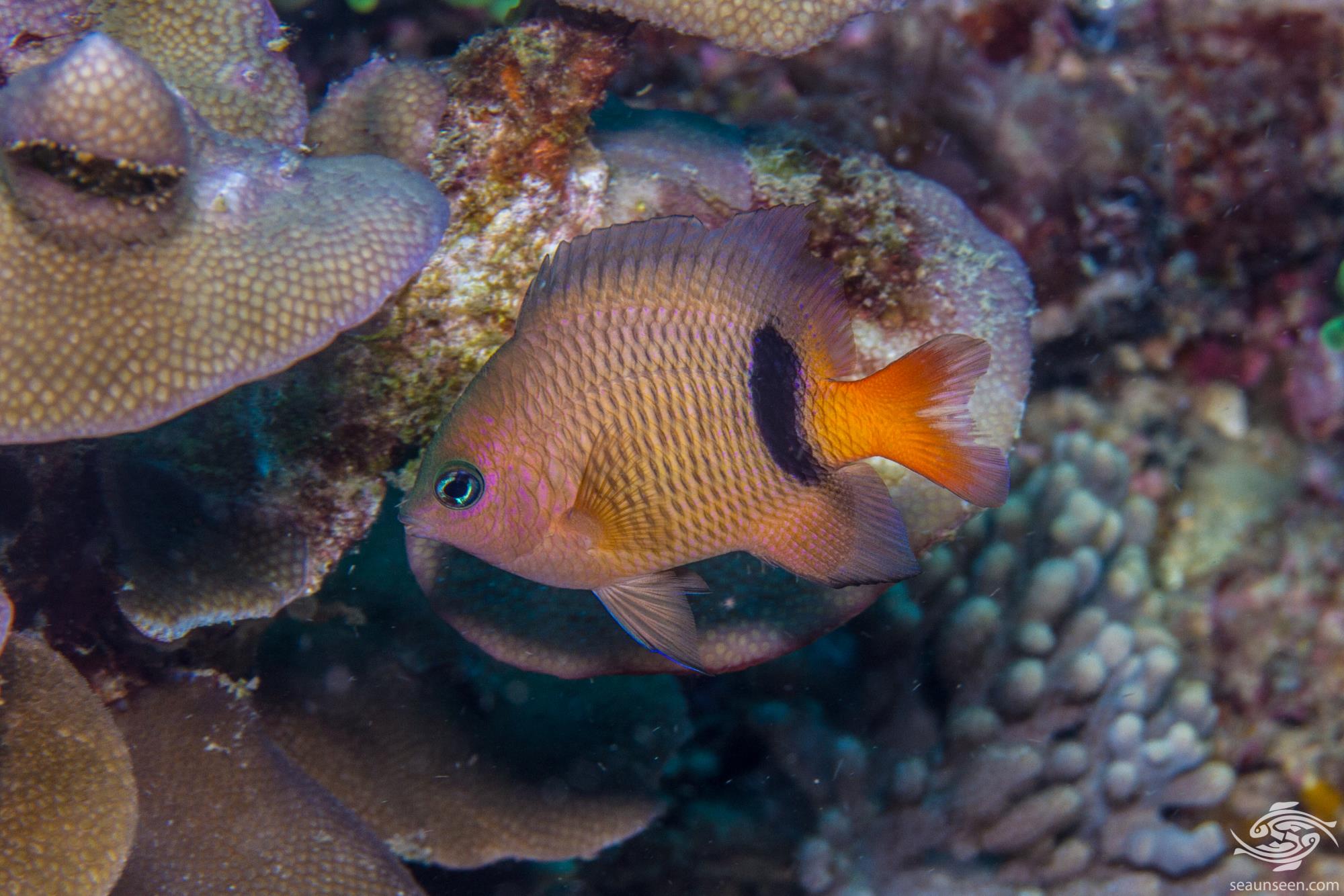 BLACKBAR DAMSELFISH IN THE WILD

The Blackbar Damselfish is usually seen singularly and they will invariably be around an acropora coral head and they retreat into the branches of the coral when approached. They are more common in the shallower protected waters but are also sometimes found on slightly deeper protected reefs. They are highly territorial and will chase other damselfish out of their territory. 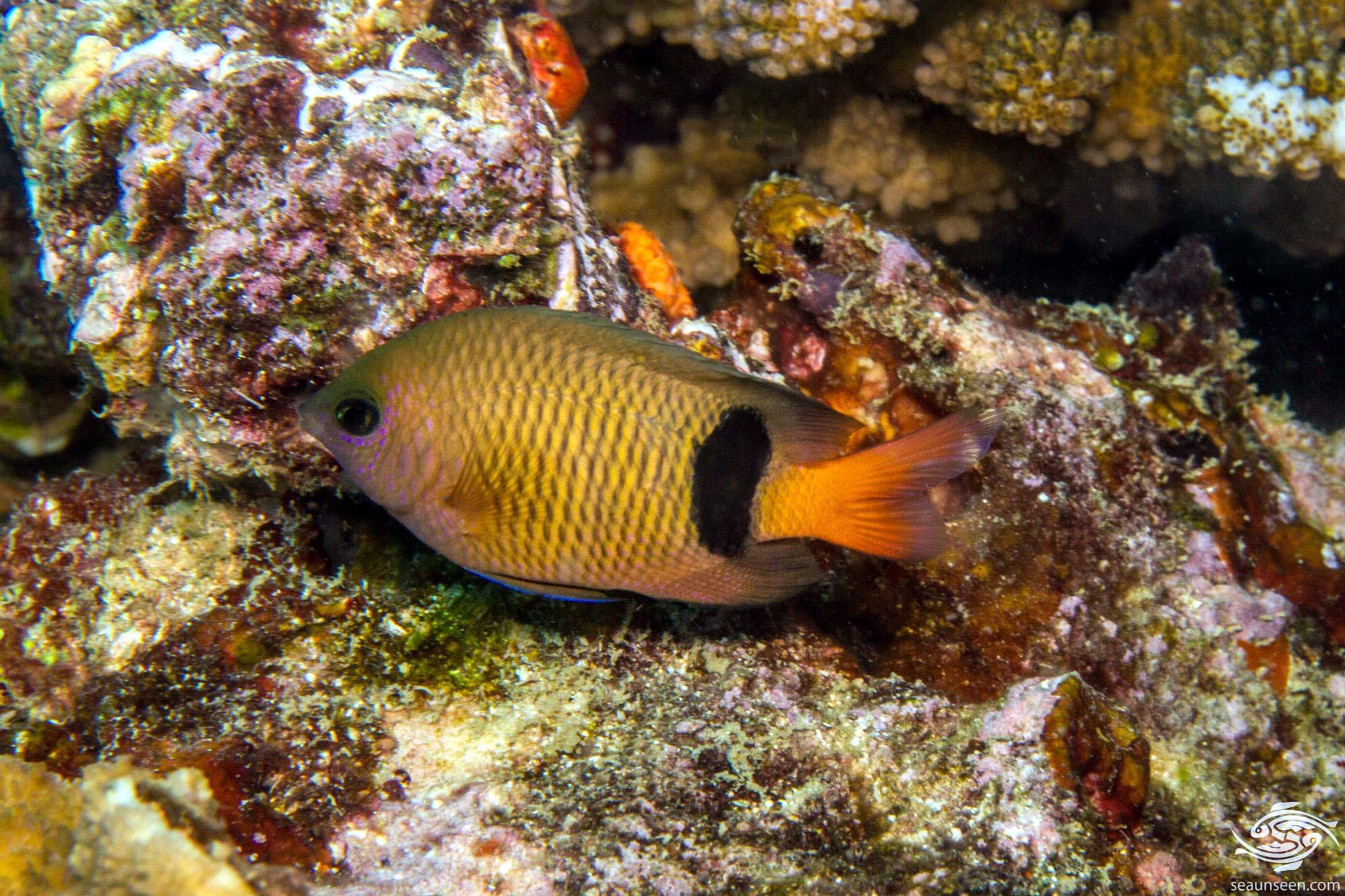 The Blackbar Damselfish is now confined to the western Indian Ocean including the Red Sea and Indian Ocean Islands. 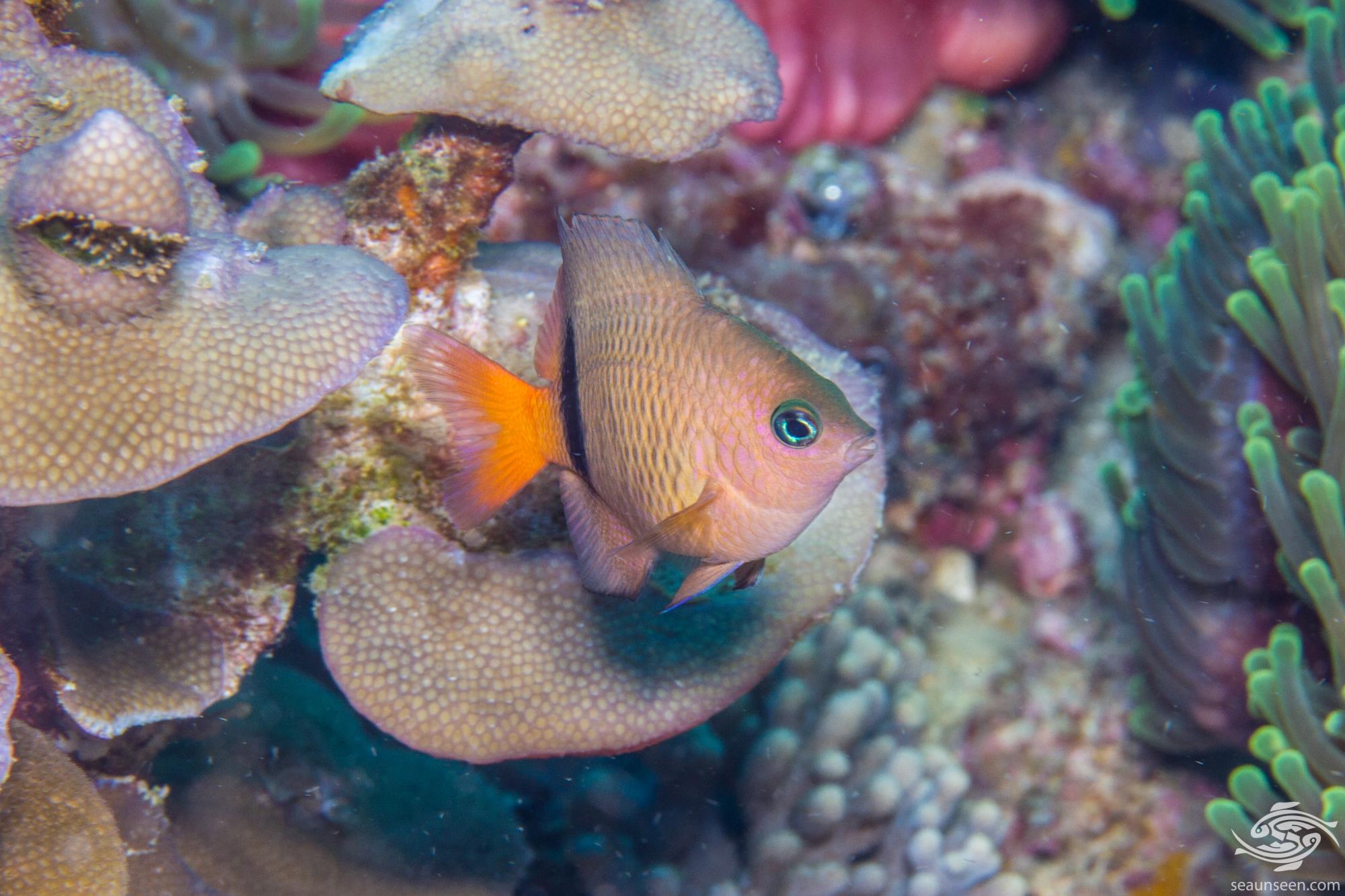 The Blackbar Damselfish feed on zooplankton and algae. 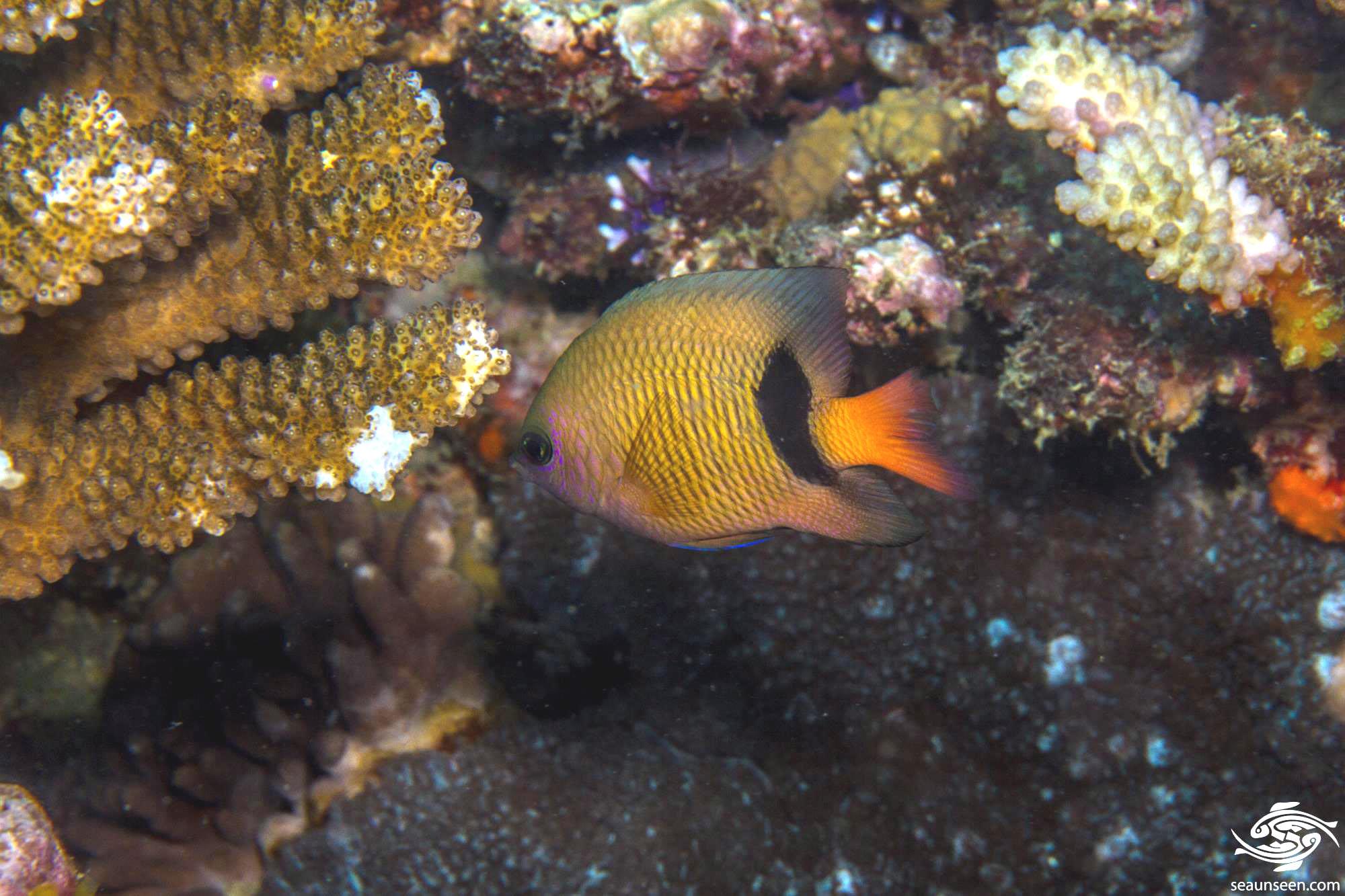 Pairing before mating has been noted and the eggs are demersal and adhere to the substrate. The male cleans a patch of rock by rubbing it with his body. The eggs are then laid and fertilized and are guarded by the male.  During this time the males may become highly territorial and will chase other fish away from the eggs. 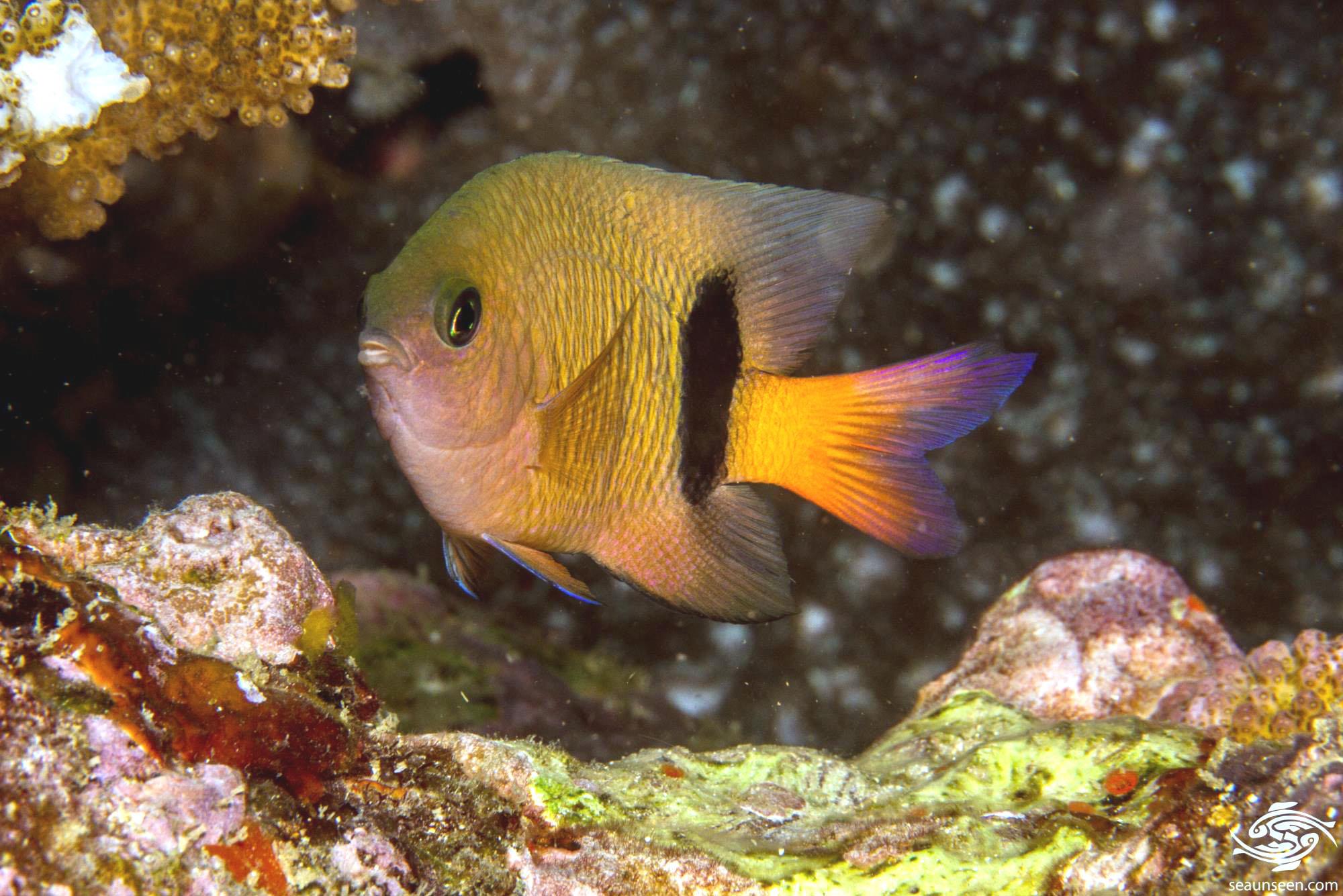 Blackbar Damselfish are very tough fish and are easy to keep. However they are highly territorial and their common name of Blackbar Devil is undoubtedly given as a result of this territorial behavior.  Because they will attack other fishes they are not suitable for aquariums.