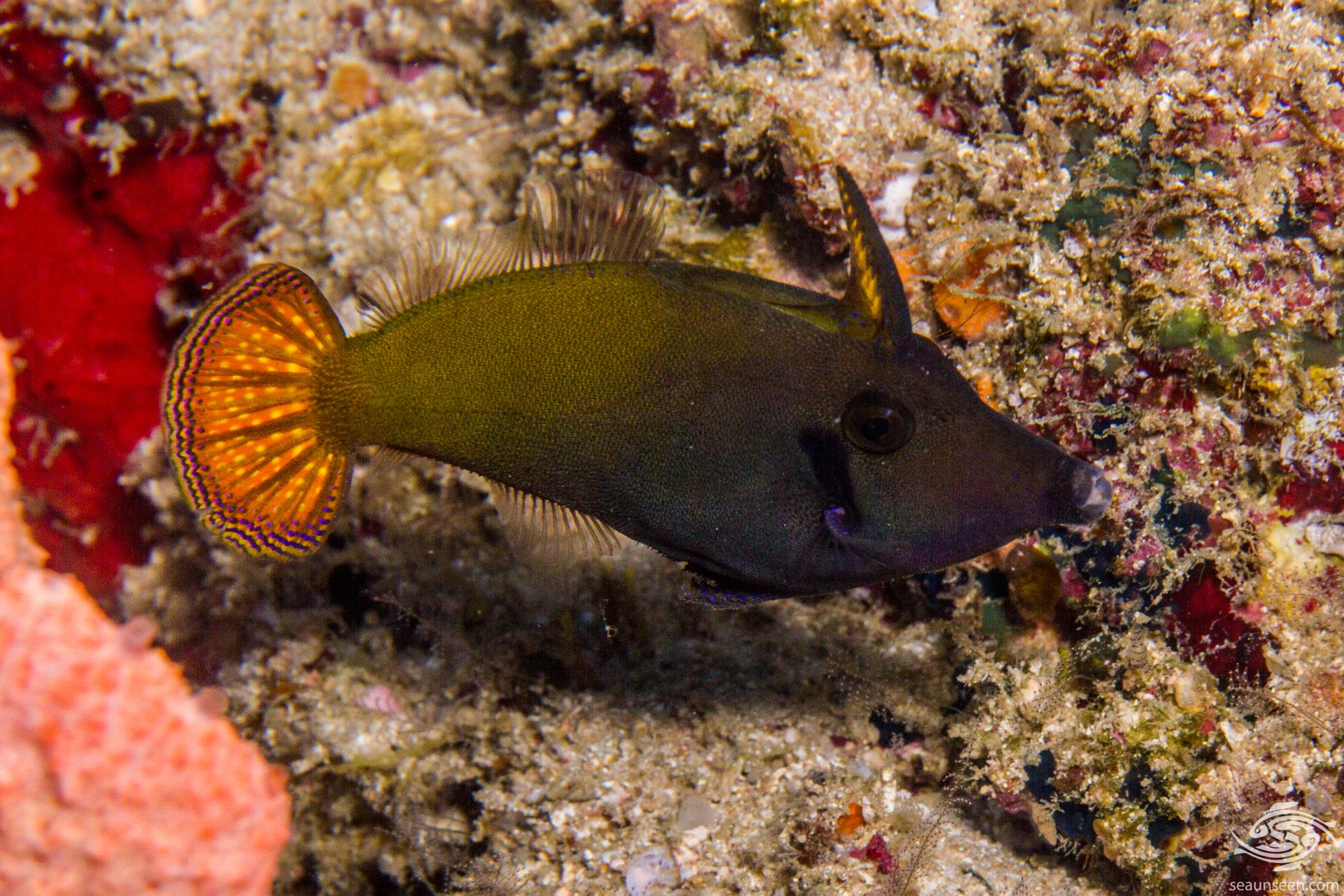 The Blackbar Filefish (Pervagor janthinosoma) is also known as the Redtail Filefish and the Ear-spot Filefish.  They are very shy fishes that are difficult to approach closely. 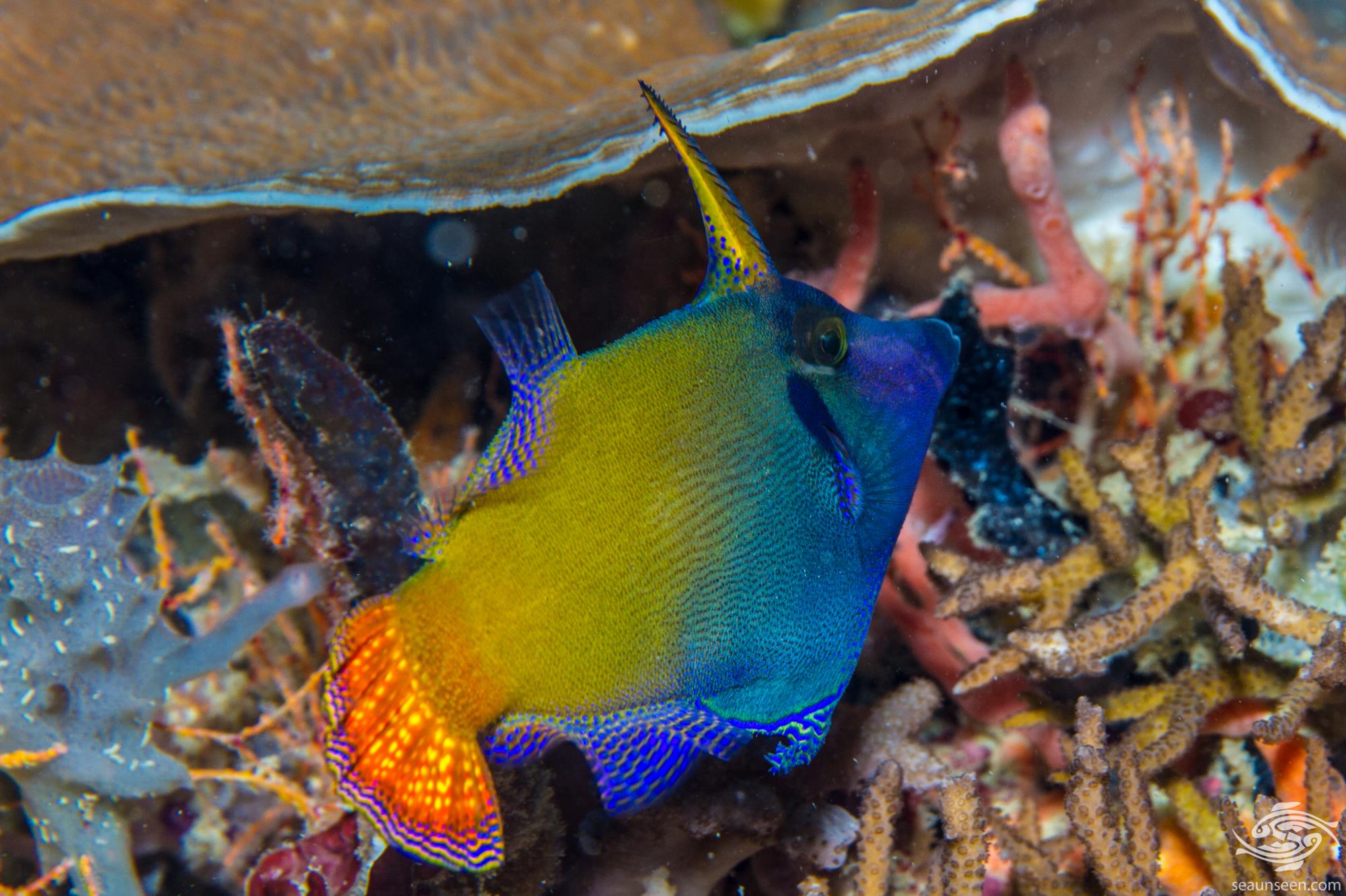 The body is laterally compressed and the eyes are set high up and away from the mouth. The dorsal fin is divided into two parts, the forward dorsal fin being narrow and elongated and capable of folding back into a groove on the dorsal area. 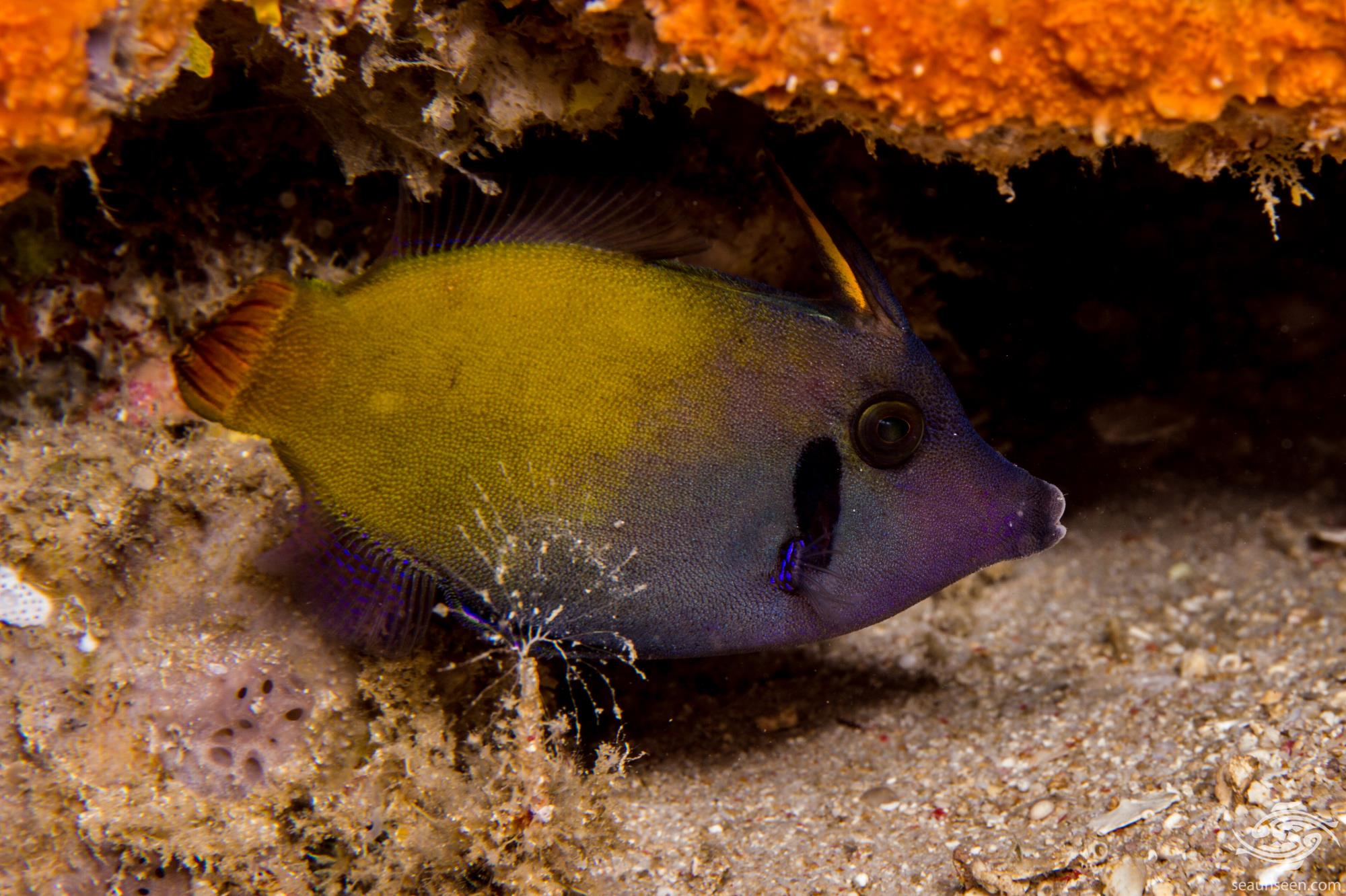 BLACKBAR FILEFISH IN THE WILD

The Blackbar Filefish is a very shy fish and is hard to photograph well because of their cryptic habits. Usually when they sight a diver they go straight into hiding. They will usually also raise their dorsal fin when they sight a diver. If they want to make a quick getaway the fin is lowered while the fish accelerates off. 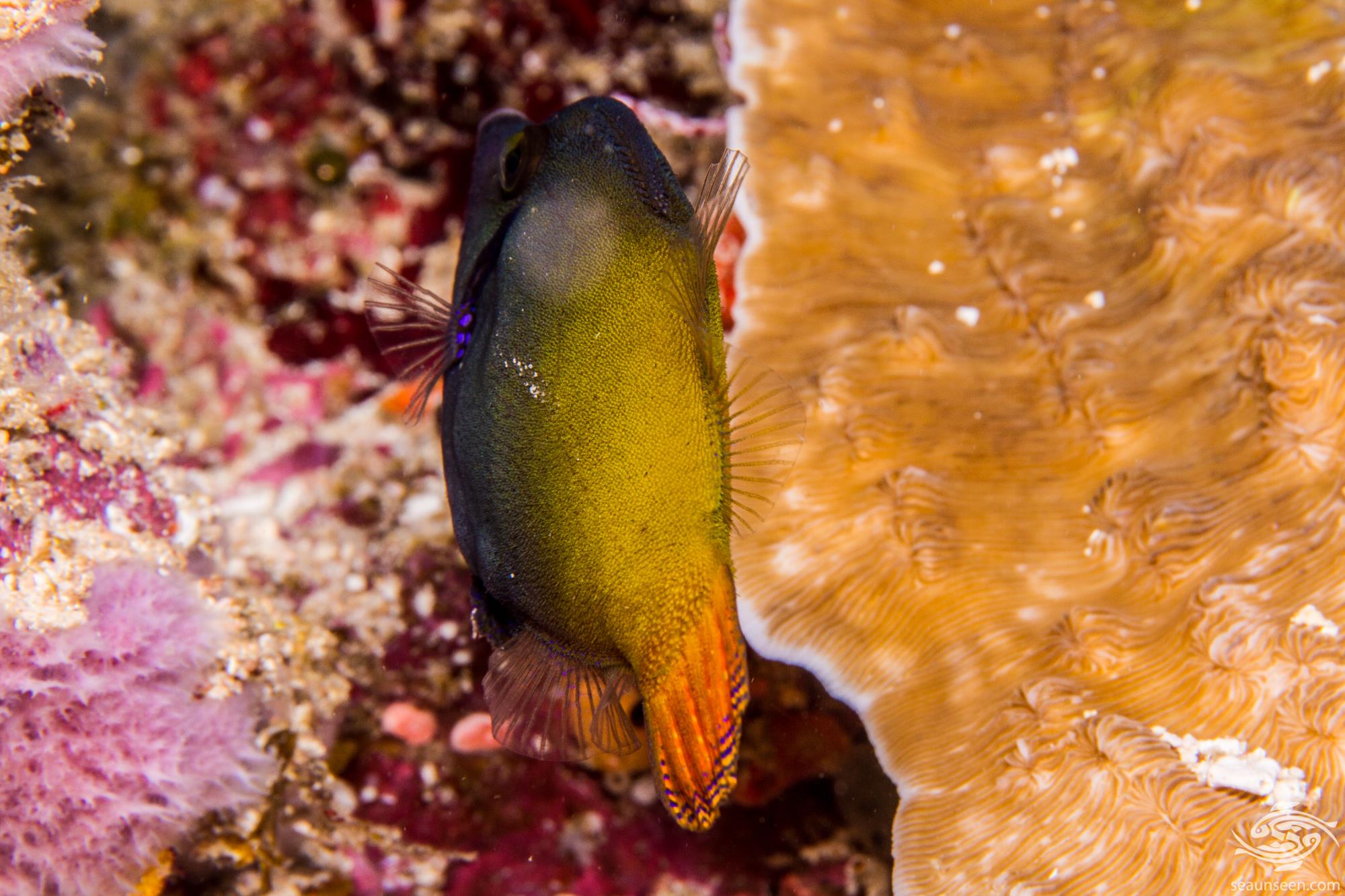 Blackbar Filefish are usually seen solitary but occasionally one sees a pair together.  In territorial disputes the males have been recorded to flick the main dorsal fin up and down as a warning signal to each other. 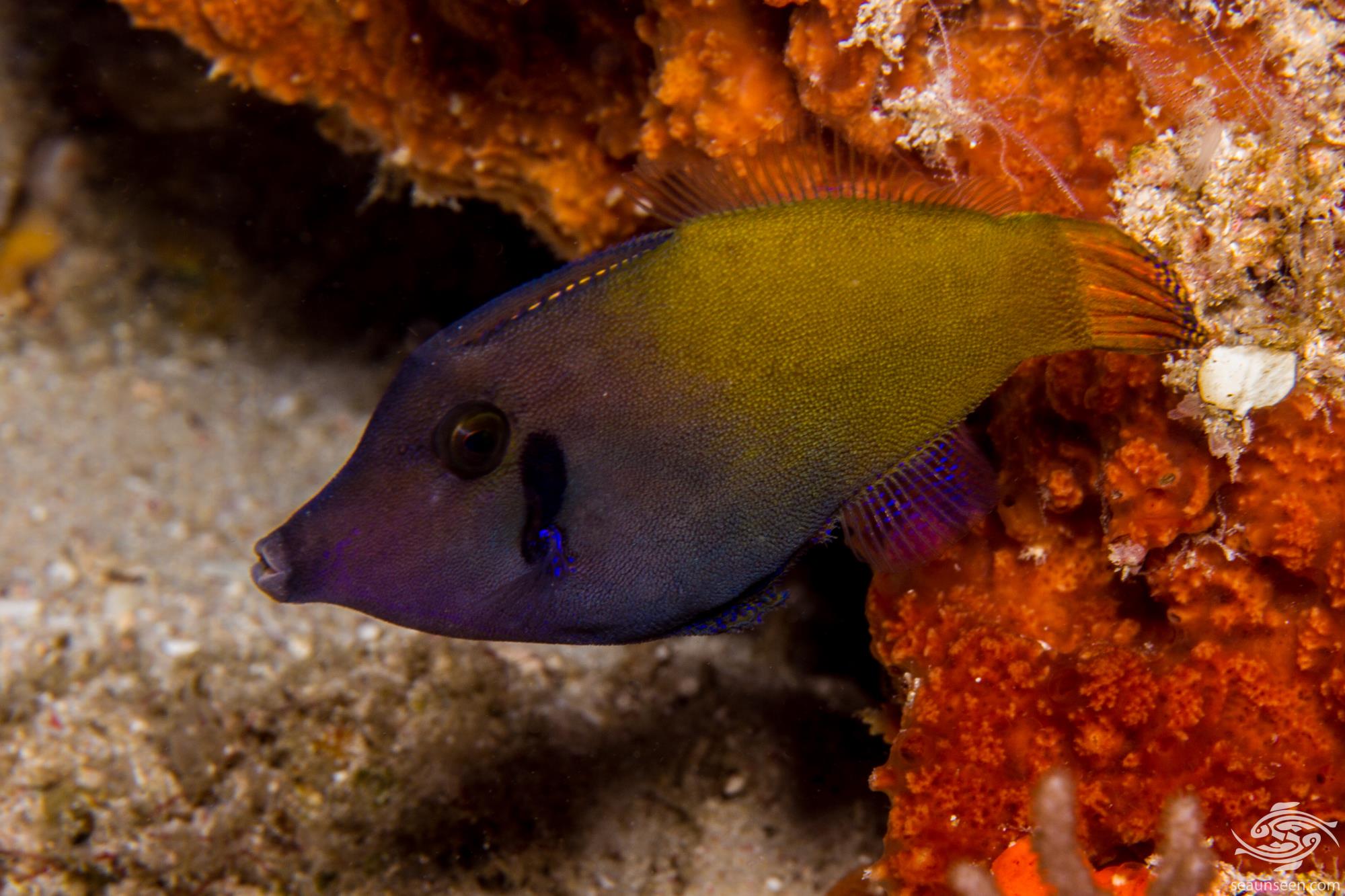 Blackbar Filefish are usually seen on reefs with good coral growth but sometimes they are seen on rubble areas. They seem more common in the 12 to 18 meter depth range. Occasionally they are seen deeper on walls to 30 meters and some of the images in this post were taken at 31 meters. Their range stretches from the East African Coast across to Southern Japan and down to Australia. 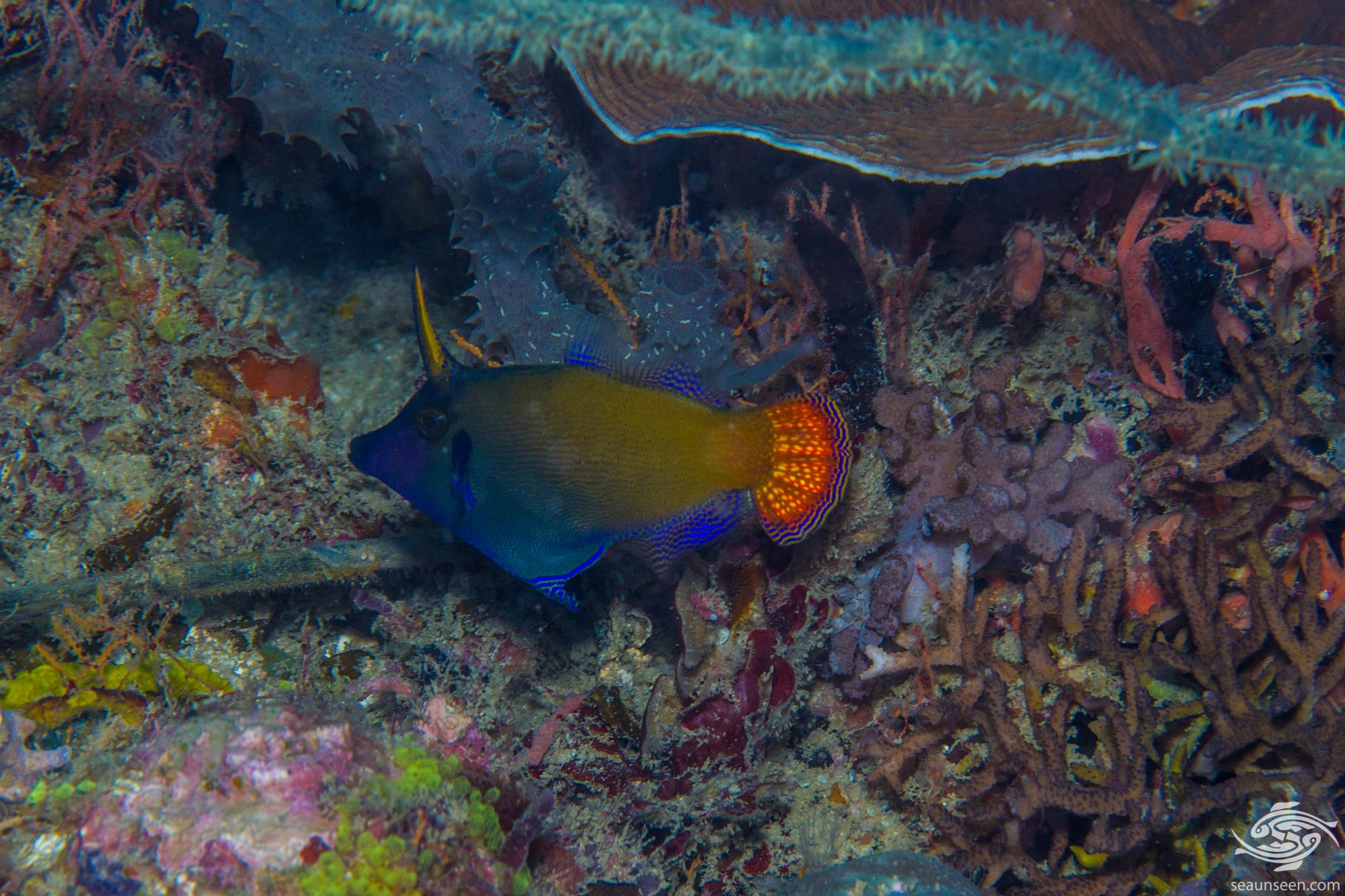 Their diet consists of benthic invertebrates and algae. 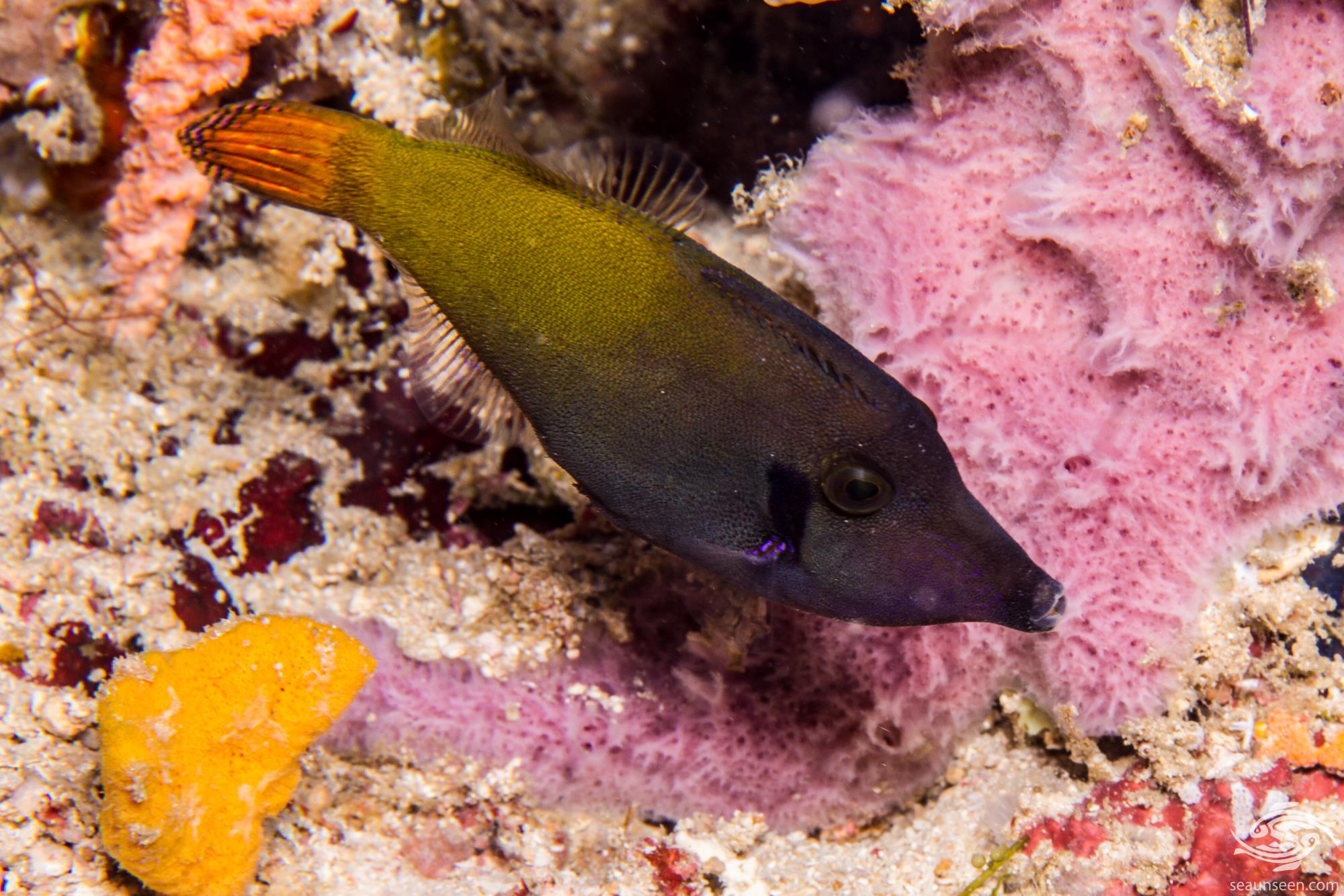 Blackbar Filefish do not seem to have been observed mating but probably follow the mating habits of other filefish. The Male follows the female, the female scouts out suitable areas to deposit the eggs. Once the female finds a suitable spot, usually in a toxic algae she thrusts her body into the algae. The male nuzzles the female and the eggs are laid and fertilized by the male. Laying the eggs in a toxic algae reduces the chances of predation of the eggs. The eggs are not cared for by the parents.

On one occasion while diving we observed a fairly young male and two females together. The male was brightly colored and had a female on either side of him. The male was vibrating his body and the females were close to him.  Unfortunately the females swam off although the male did not immediately move off which is unusual. On a second occasion we saw similar behavior but there was only one female.  In this case the male (pictured above) had extremely vibrant colours and was vibrating next to the female. Again the female swam off when she saw me leaving the male who stayed around longer than is usual for these fish. 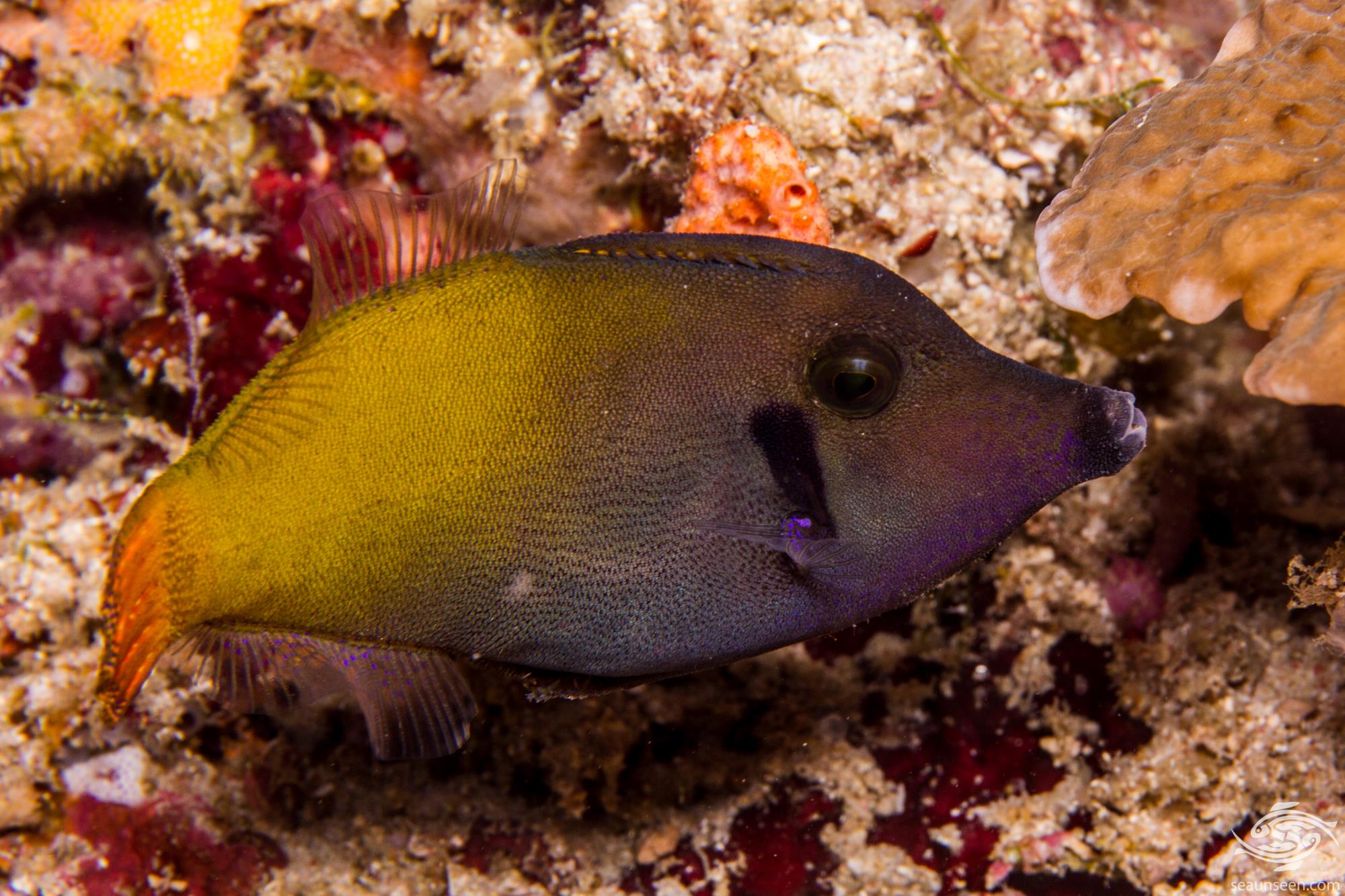 Blackbar Filefish are sometimes kept in private aquariums. Until they settle in an aquarium they are very shy and the tank should be away from a high traffic area. They are not reef safe and should be kept in fish only tanks.