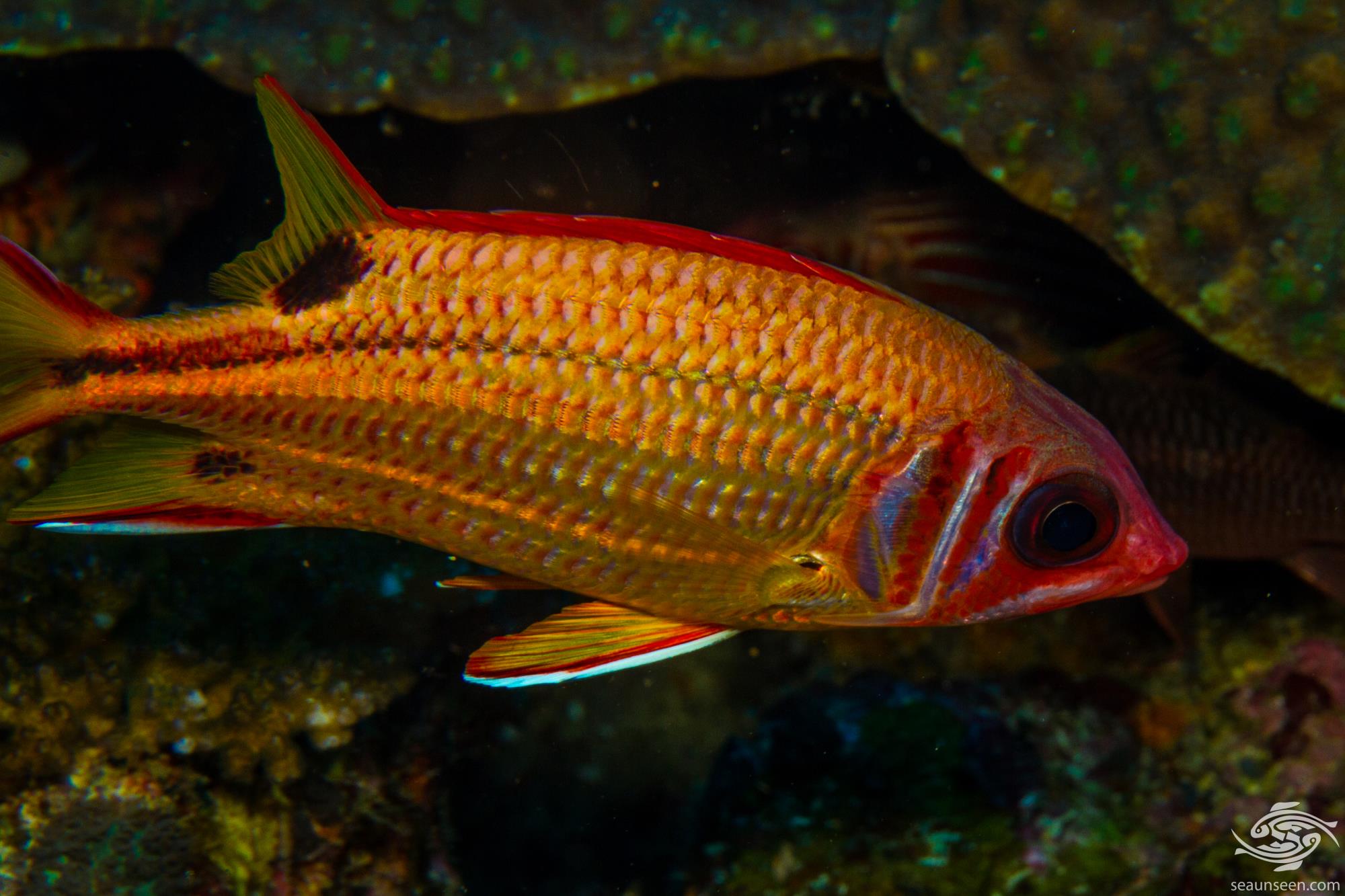 The Blackblotch Squirrelfish (Sargocentron melanospilos) is a member of the sub family Holocentridae. Members of the sub family are known as squirrelfish and they are typically red and silver or white. On the gill cover they have spines which are venomous and can inflict a painful wound. They are closely related to the soldierfishes. They are certainly one of the more attractive looking Squirrelfish. 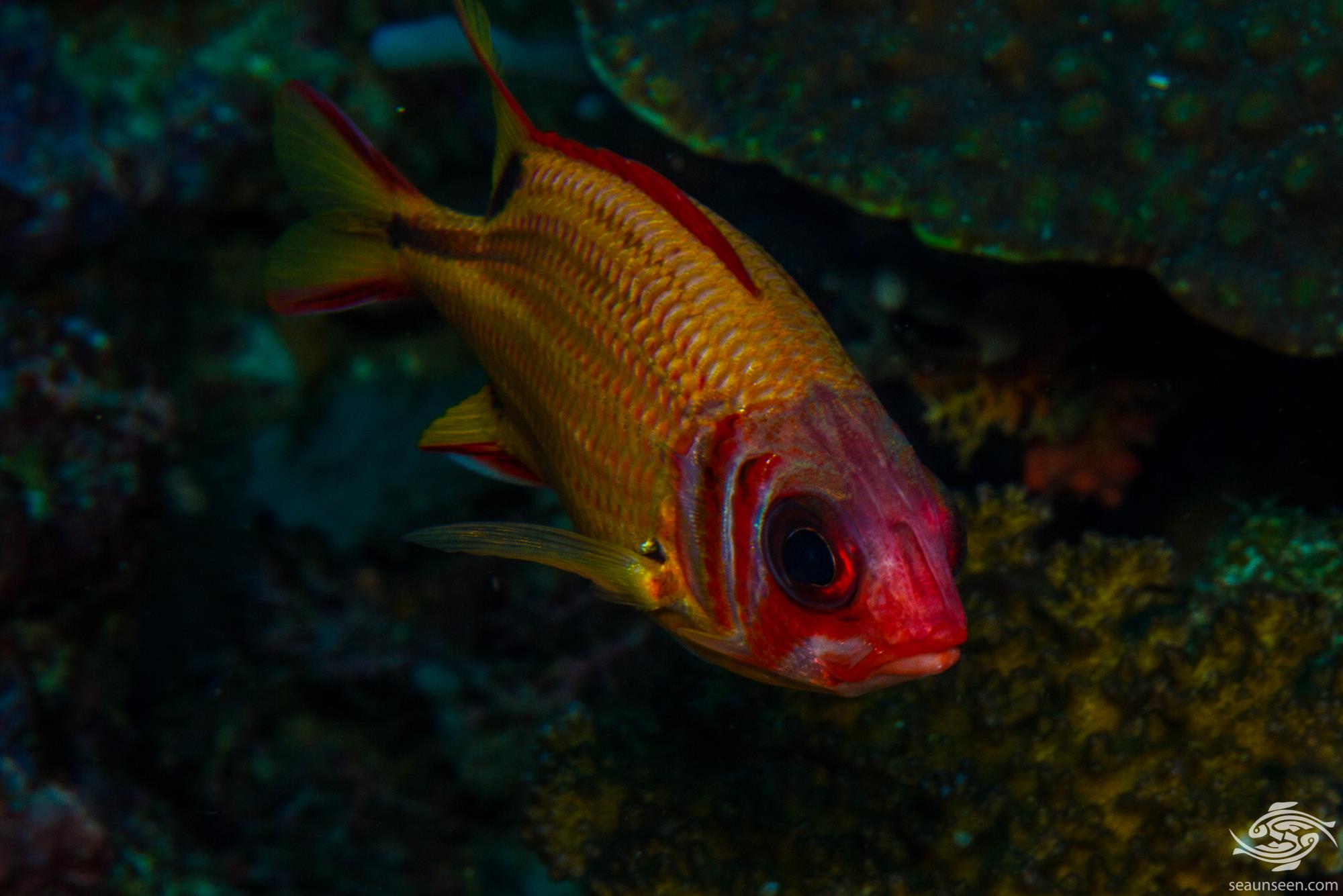 The Blackblotch Squirrelfish has a typical Squirrelfish shape and the head is a bright red color.  In the specimens we have seen, from behind the gill cover the body is a strong golden yellow color under strobes.  There is an indistinct black line in the caudal area darkening onto the caudal fin. There is a prominent black blotch on the rear of the dorsal area which gives the fish its name. The fins are yellow tinted edged in red.  They have a proportionally large eye and are nocturnal feeders. They grow up to 25 cm in length. The fishes in the images are roughly in the 25 centimeter range. 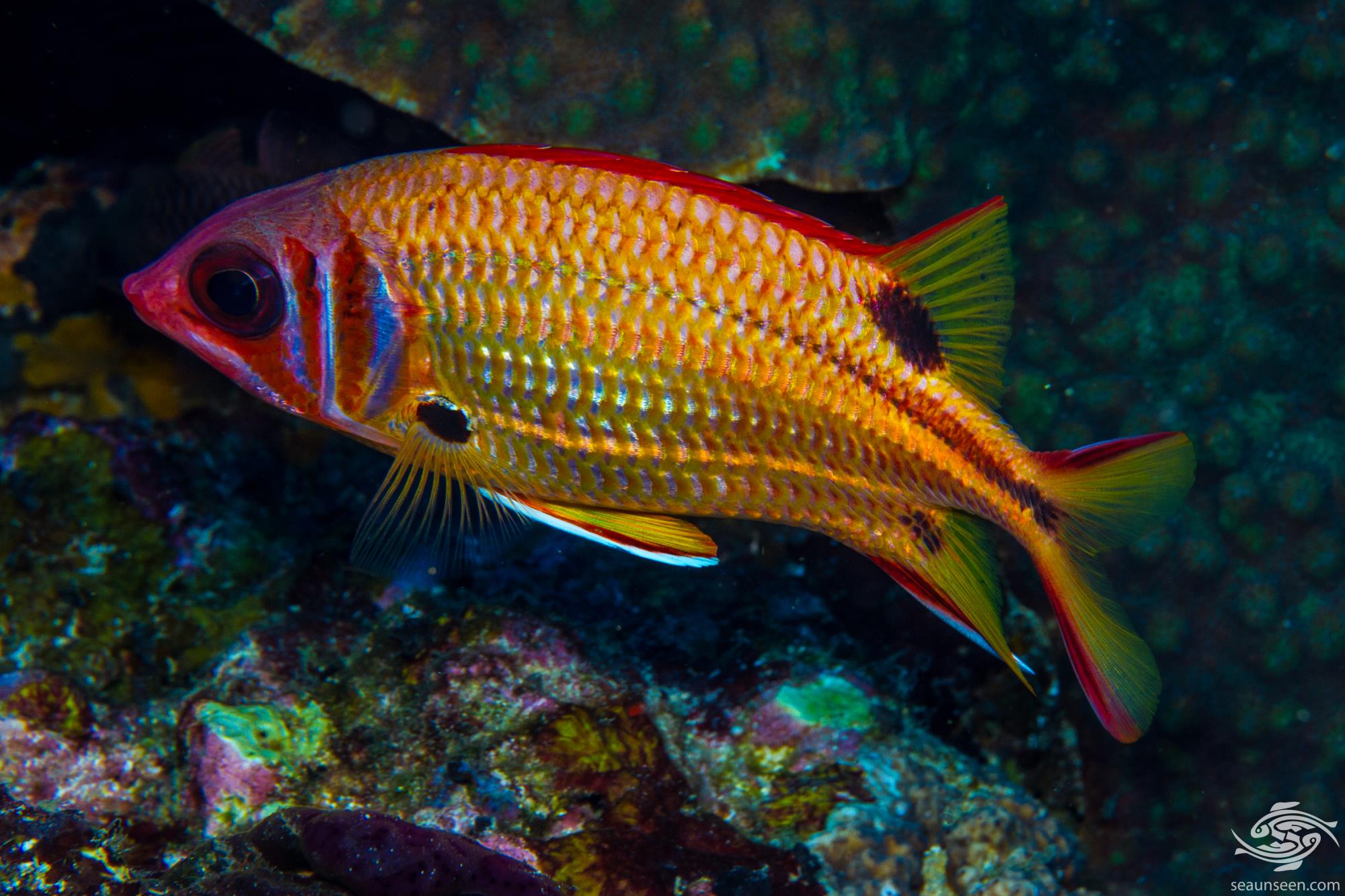 We have only seen the Blackblotch Squirrelfish during the day on Big T Wall at around 28 to 30 meters in depth, off the Tanzanian mainland. They are certainly not common and in one area there was a small group of three fishes and further along the wall there were several other solitary fishes in different locations. They were seen in the company of the Crowned Squirrelfish and the Tailspot Squirrelfish. All the specimens sighted were at the entrance to small caves and under overhangs. They are shy of divers, retreating if one gets too close. Once in a safe spot they will watch a diver carefully. 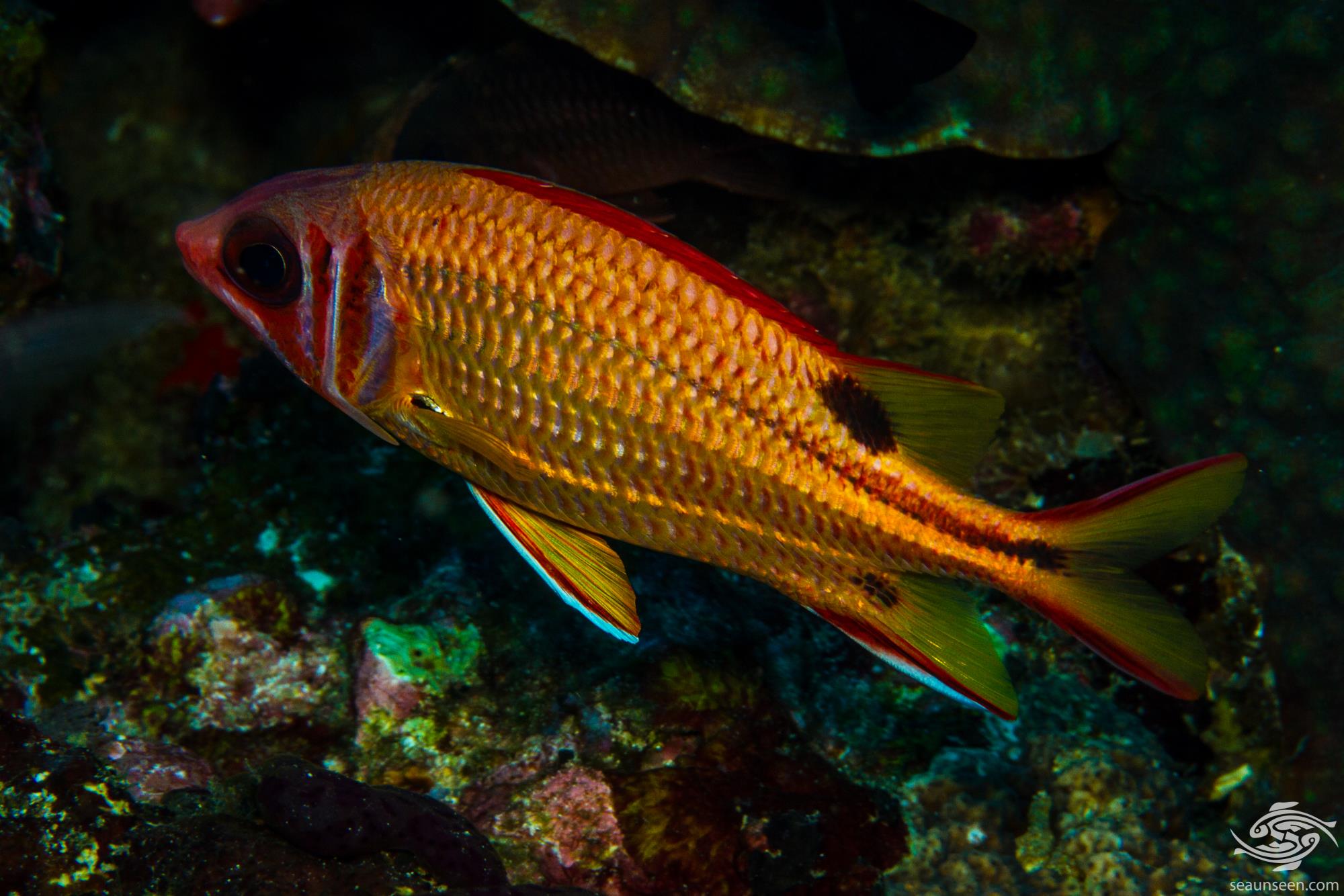 The Blackblotch squirrelfish has not been noted on the African mainland before to our knowledge. The specimens we sighted were approximately 25 km from Zanzibar as the crow flies , just north of Dar es Salaam. Its known range is from Zanzibar and the Indian Ocean Islands across to Japan and south to Australia. 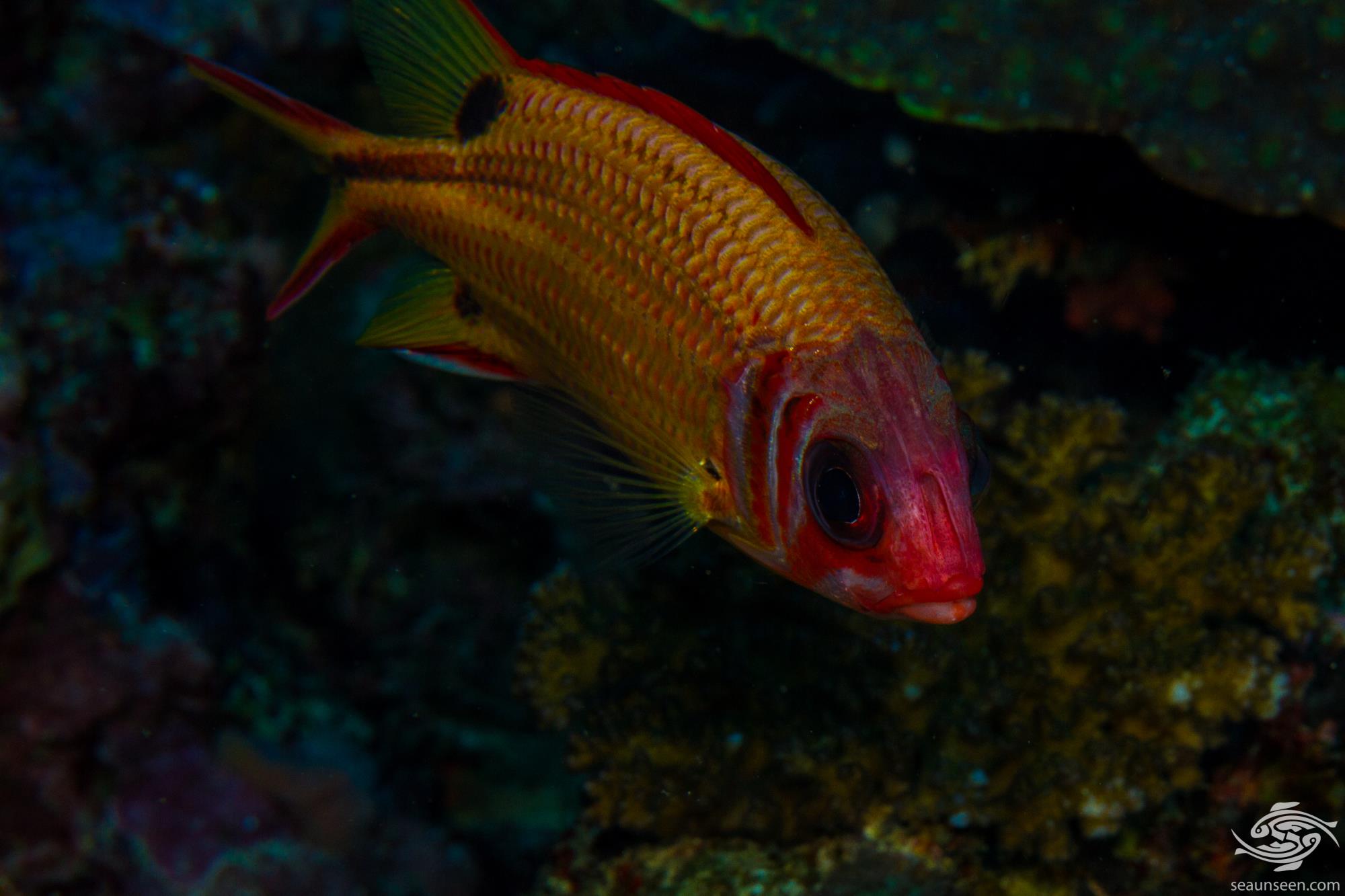 The Blackblotch squirrelfish are nocturnal feeders , feeding on small fishes and benthic invertebrates. 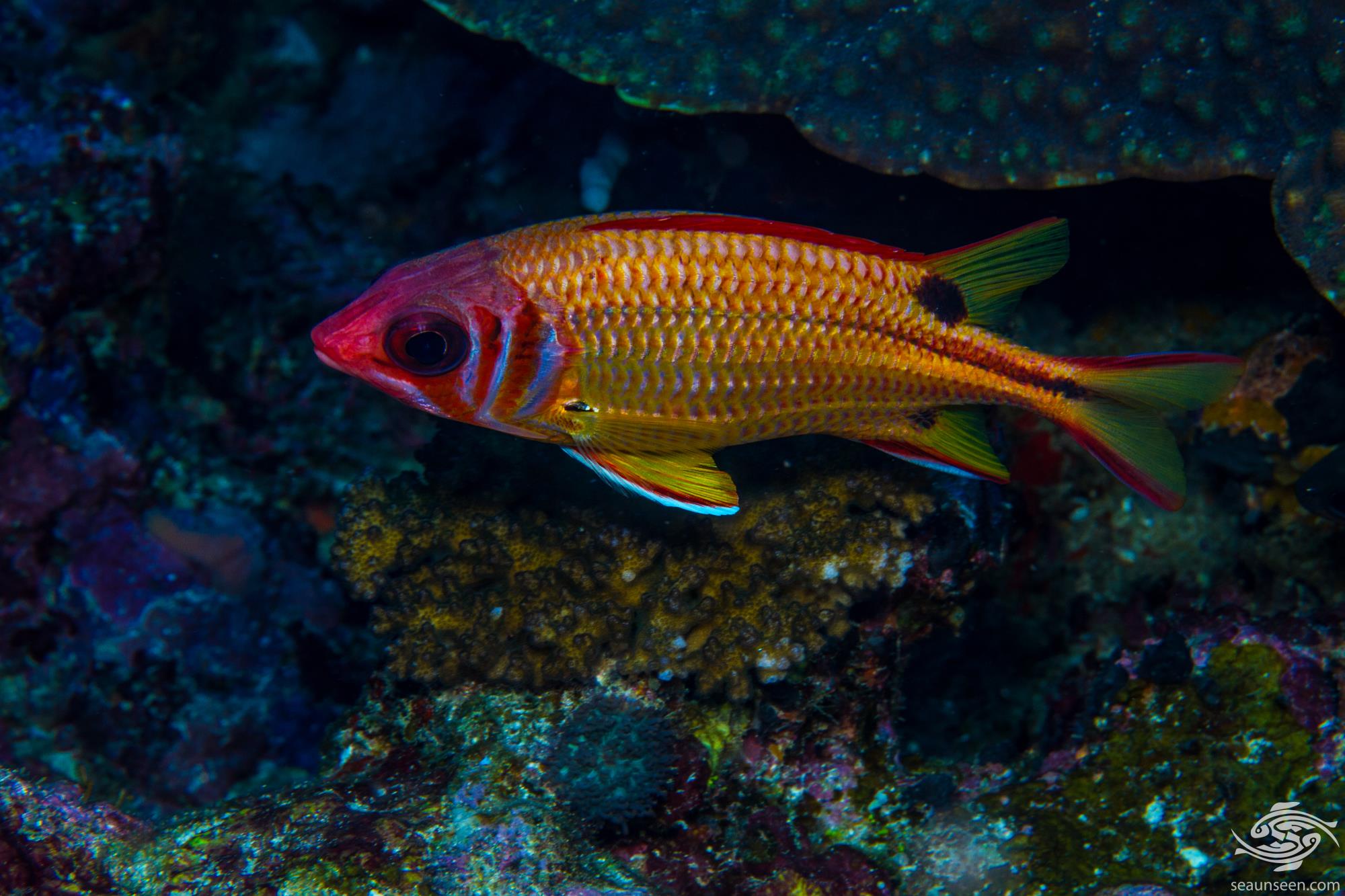 Spawning takes place into the water table and once the eggs hatch the young go into hiding. Little seems known of their mating habits. 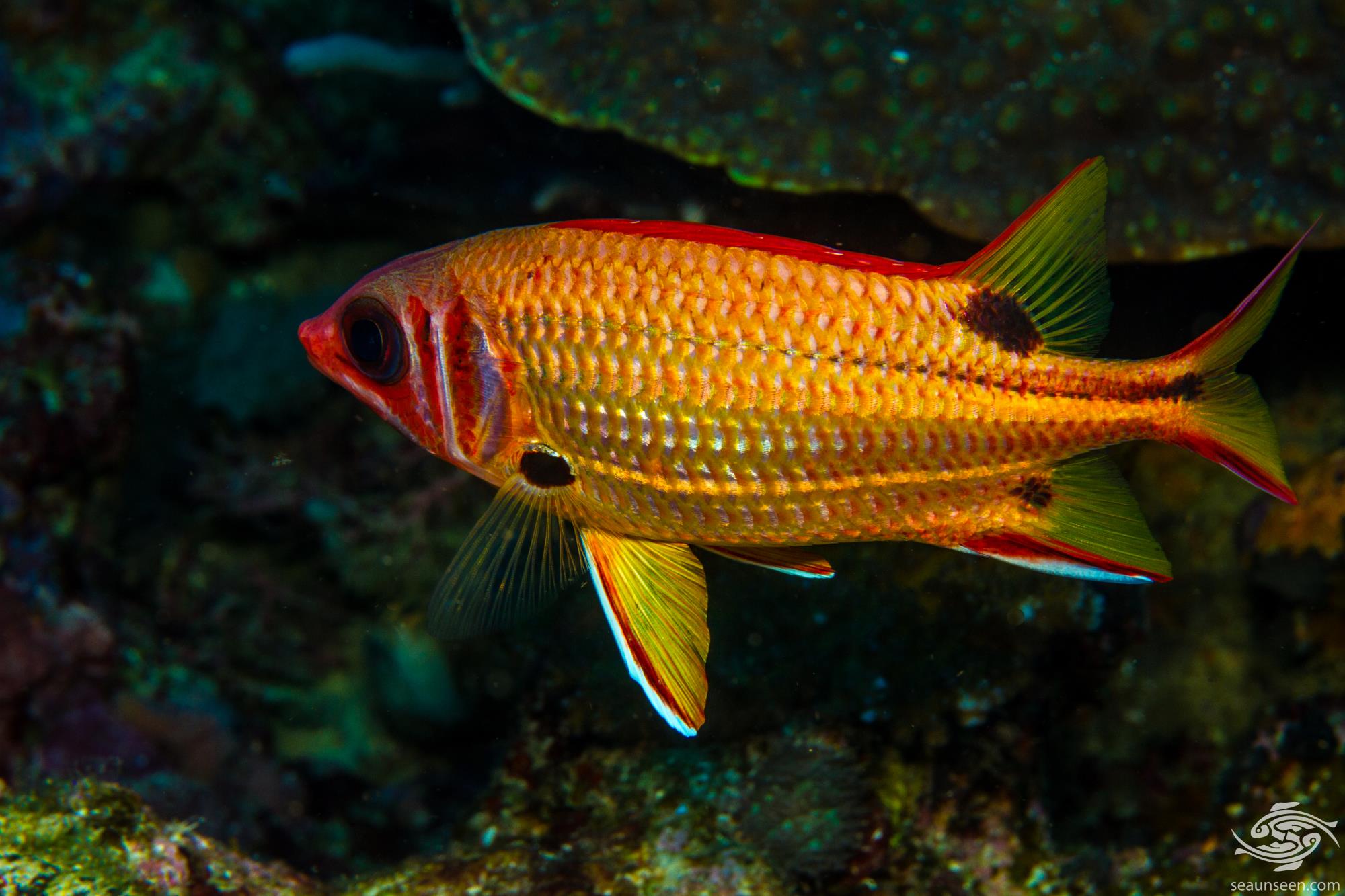 They are not exploited commercially and may be eaten by subsistence fishermen.

These fish grow quite large and would therefore require a large aquarium of several hundred gallons which would only really be feasible in a public aquarium.  They would almost certainly eat smaller fish if the opportunity arose.