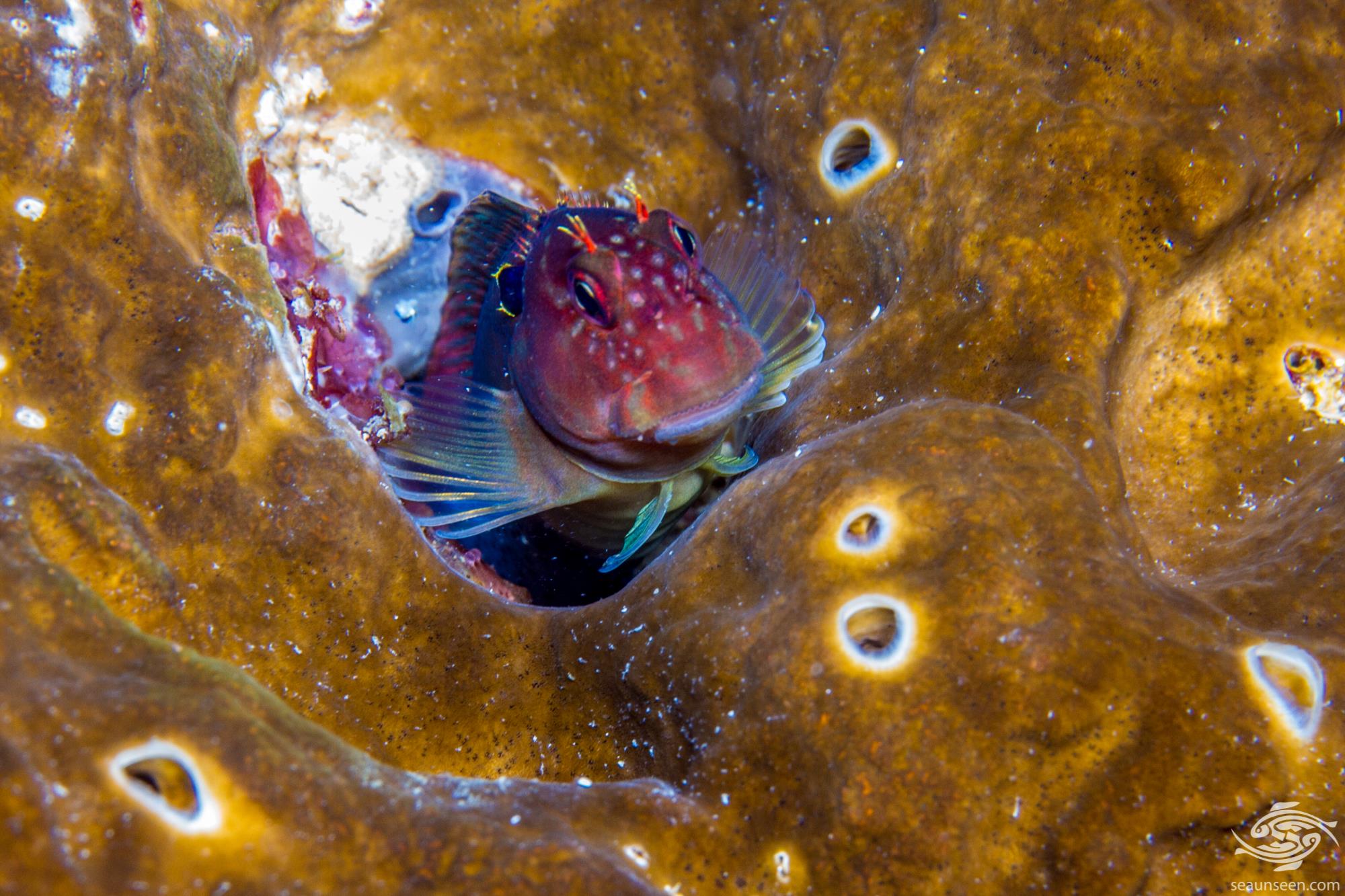 The Blackflap Blenny (Cirripectes auritus) also known as the Eared Blenny and the Black-eared Eyelash Blenny. They are combtooth blennies that make their home in holes, usually in corals and sponges. 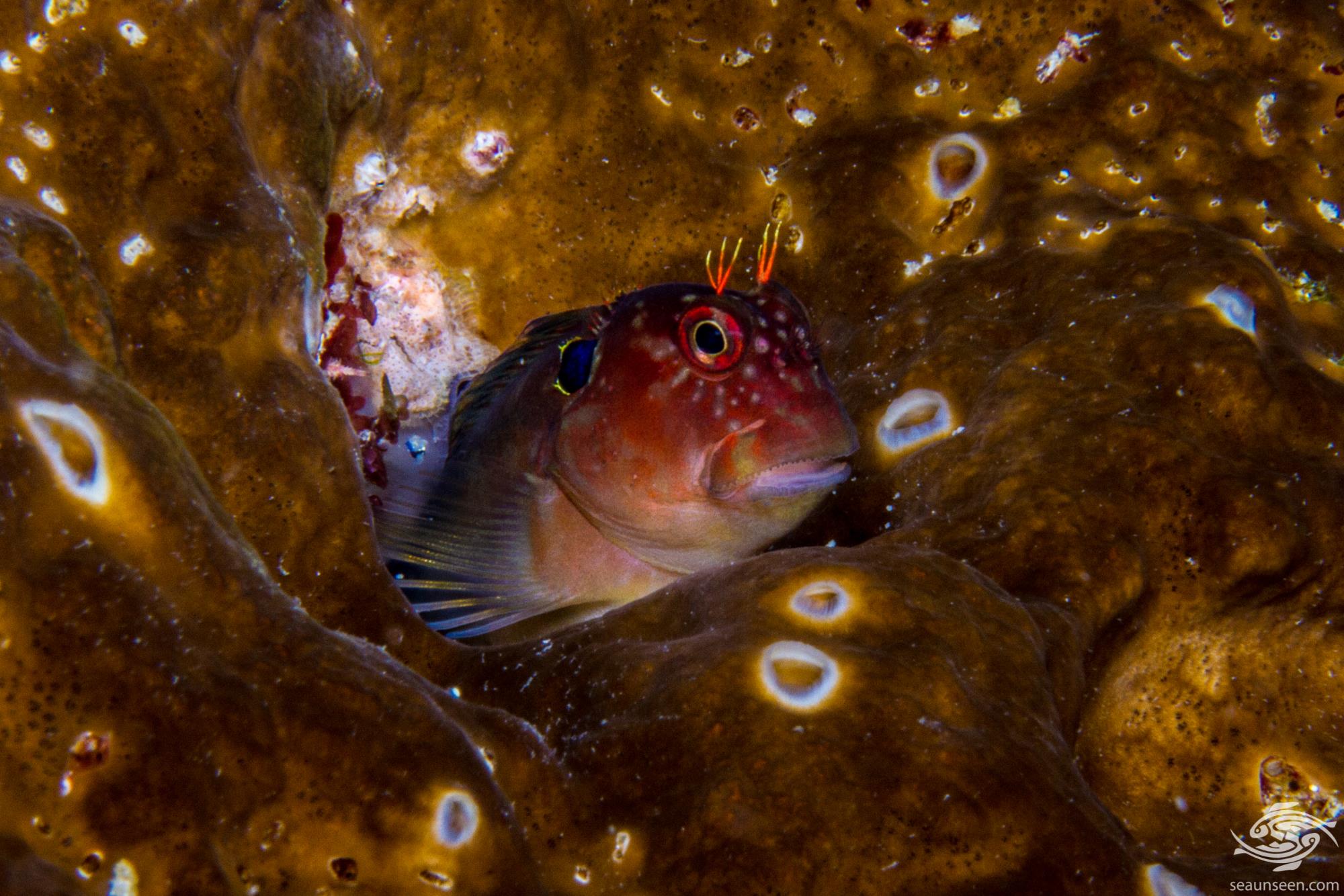 The head is usually a red brown colour with small white markings around the eye. The eye is ringed in red with a thin inner yellow line and there are usually several yellow white bars on the lips. On the top of the head are two antler like cirri which are usually orange tipped in yellow. Below the eye there are two smaller red cirri. Behind the head the body is usually a light yellow brown colour which lightens into a whitish colour towards the tail.  There are a series of small brown dots randomly scattered across the body. 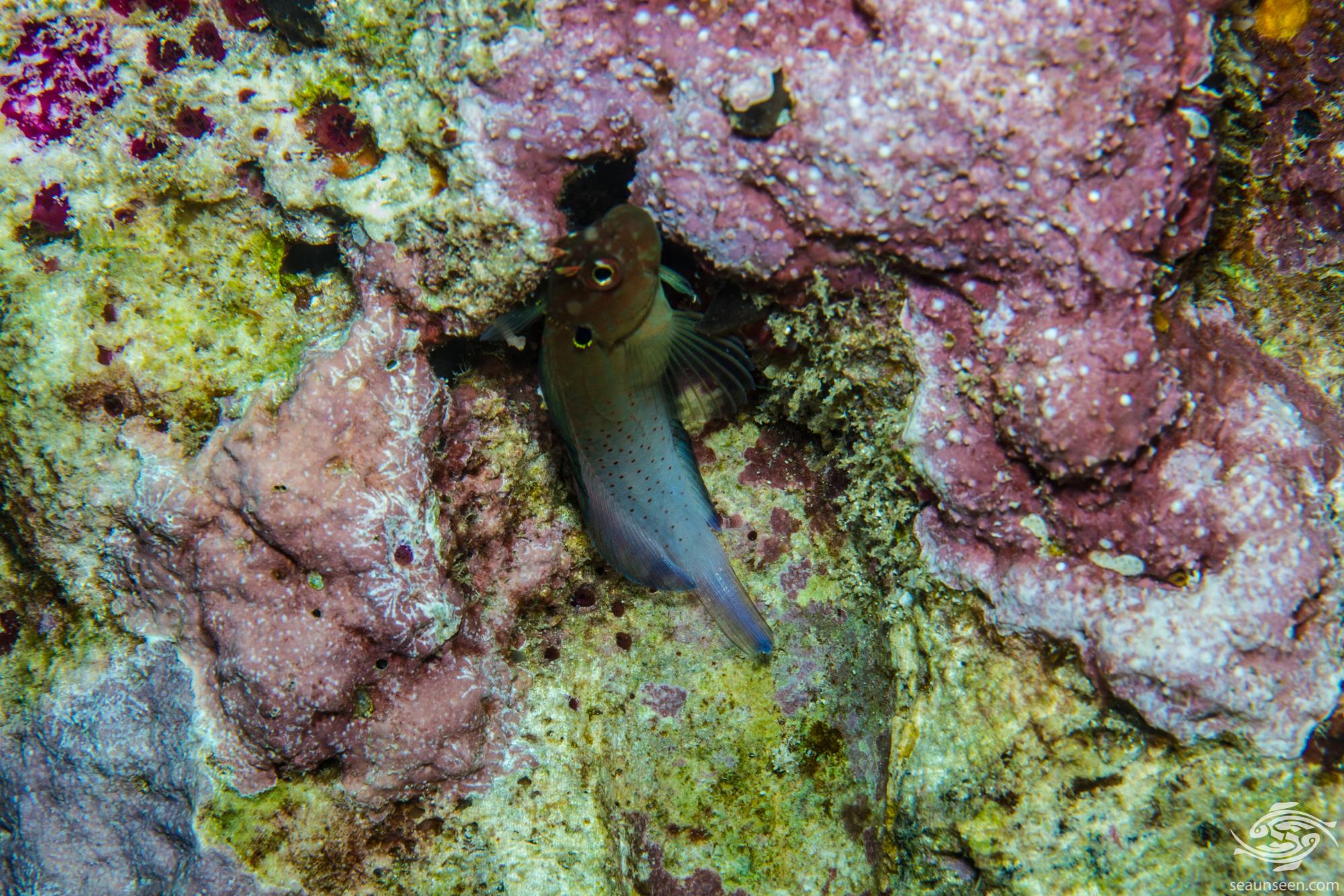 BACKFLAP BLENNY IN THE WILD

The Blackflap Blenny is fairly common in Tanzanian waters if one knows where to look for them. They are usually found on larger coral features with their head protruding from a hole.  On odd occasions as one swims up to a feature they are seen out in the open, but quickly shoot back into their hole.  From there they observe the diver, sometimes opening their mouth and posturing.  Any slight movement from the diver and they withdraw into their holes.  The holes vary from being in coral to holes in sponges.  They are never seen far off the bottom and usually make short skips from one spot to another, always staying close to their hole which they are quick to jump back into. They are usually seen solitary but sometimes there is only a distance of 30 cm between two holes with one blenny in each. 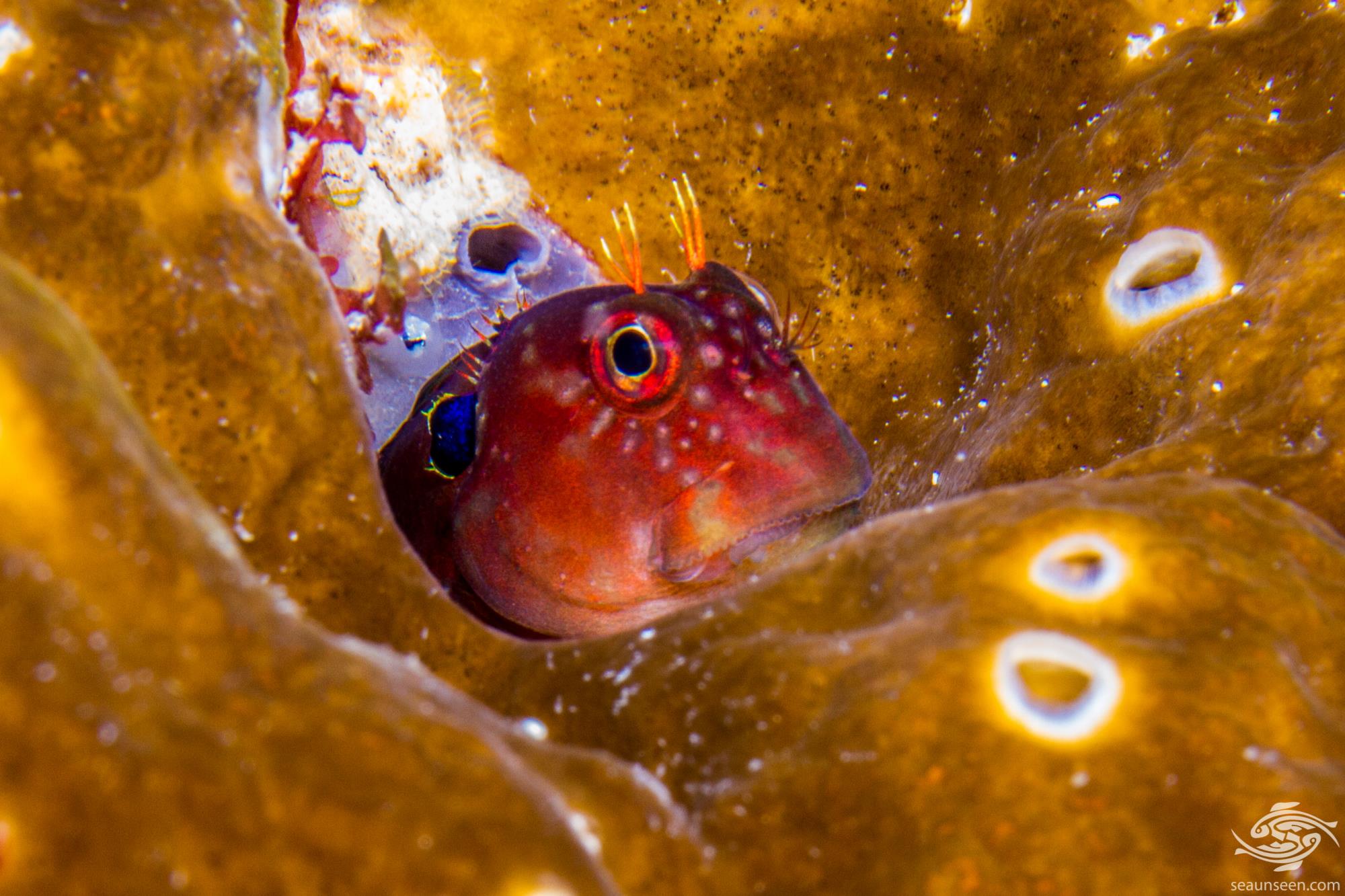 The Backflap Blenny occurs from the east coast of Africa across to Indonesia, Malaysia and into the Pacific Islands.  They are usually found from 1 to 10 meters but are commonly seen to at least 15 meters in Tanzania. 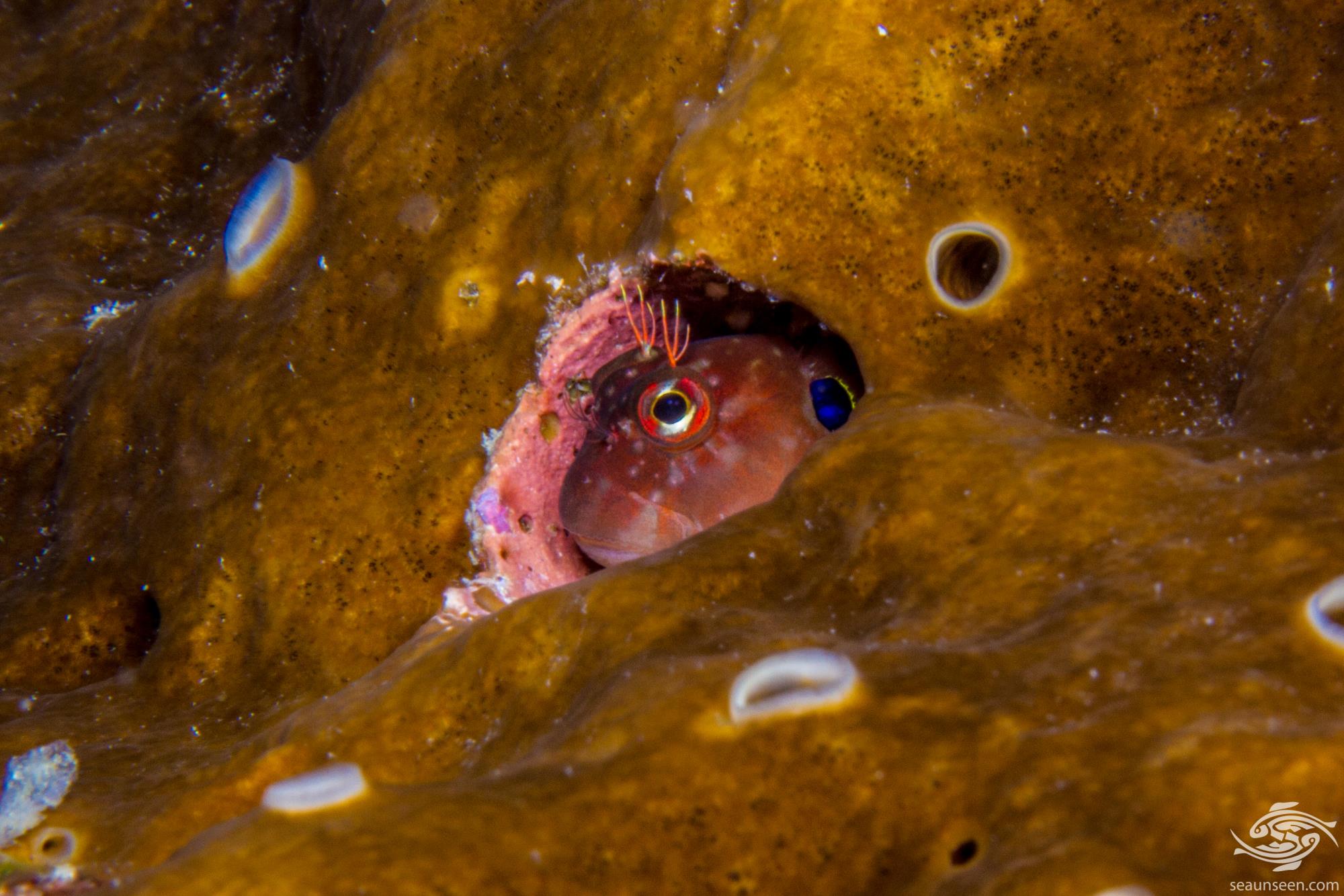 Blackflap Blenny are herbivores and feed exclusively on algae.  Their comb shaped teeth are used for scrapping algae off of the substrate.

Very little seems known of the mating habits. The males care for the eggs after mating has taken place until they hatch. 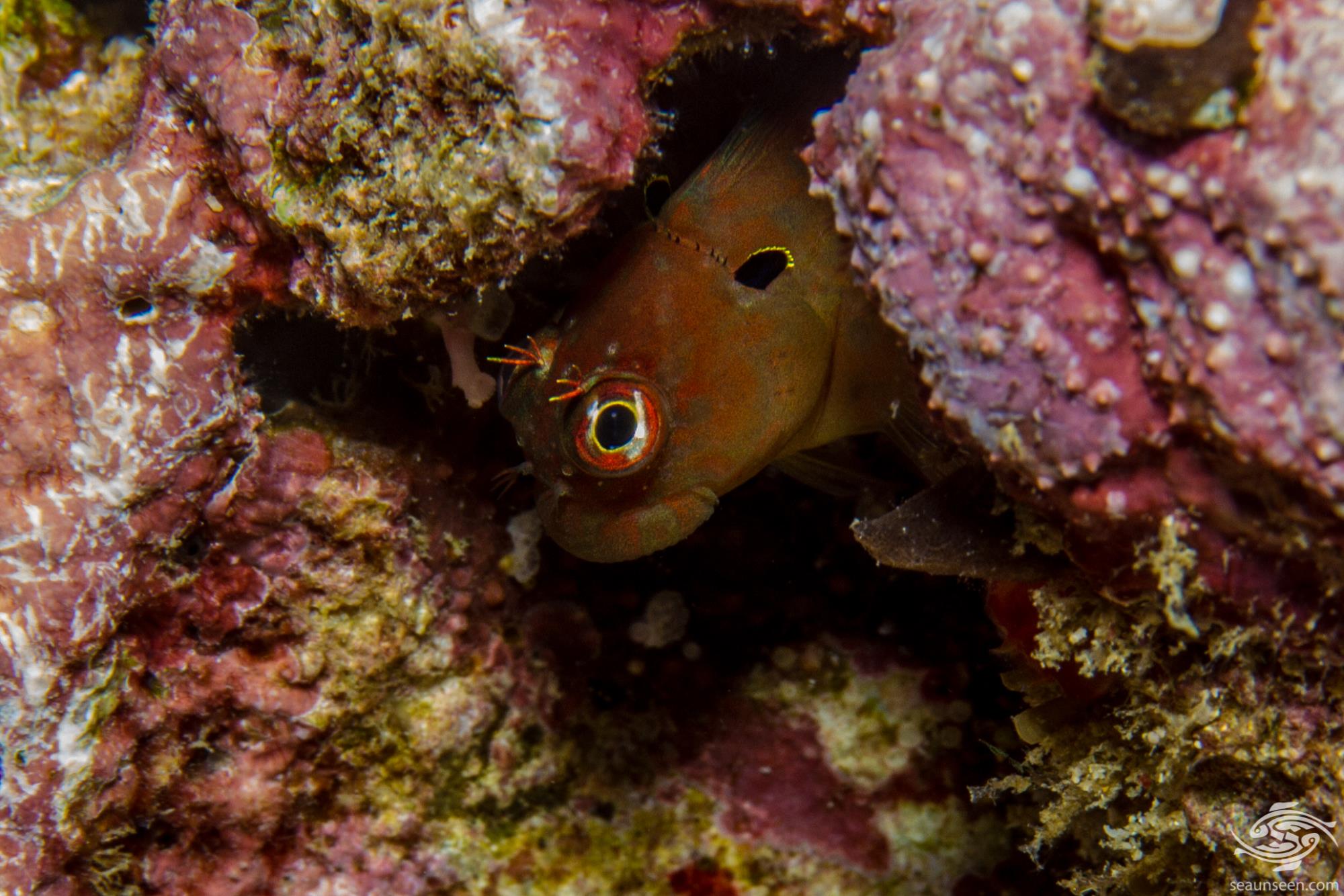 Blackflap Blenny are not commonly kept in tanks. However they have a lot of character and can make a pleasing addition to a tank. They are relatively easy to care for. They may jump so a well sealed tank is a must. 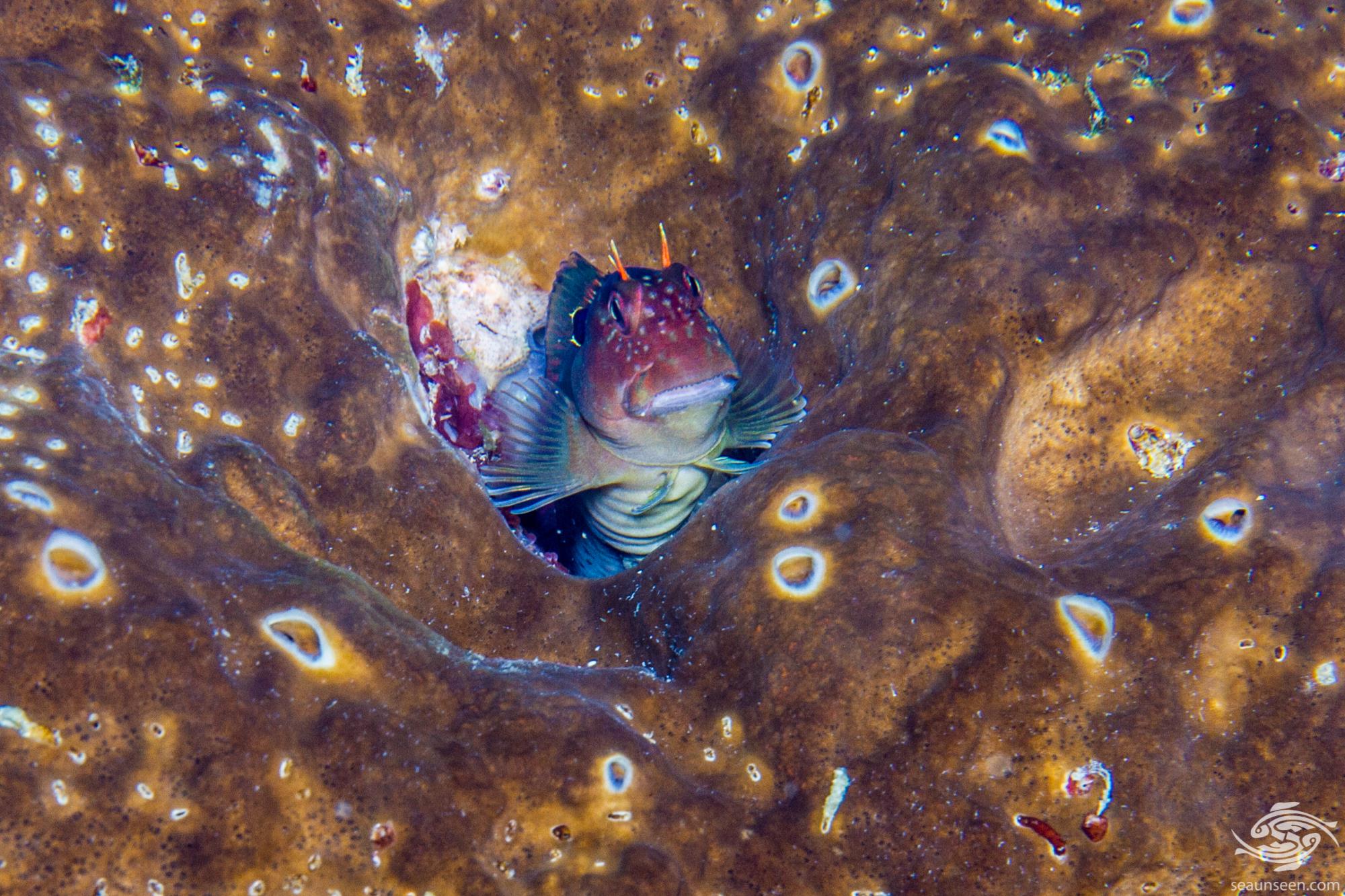 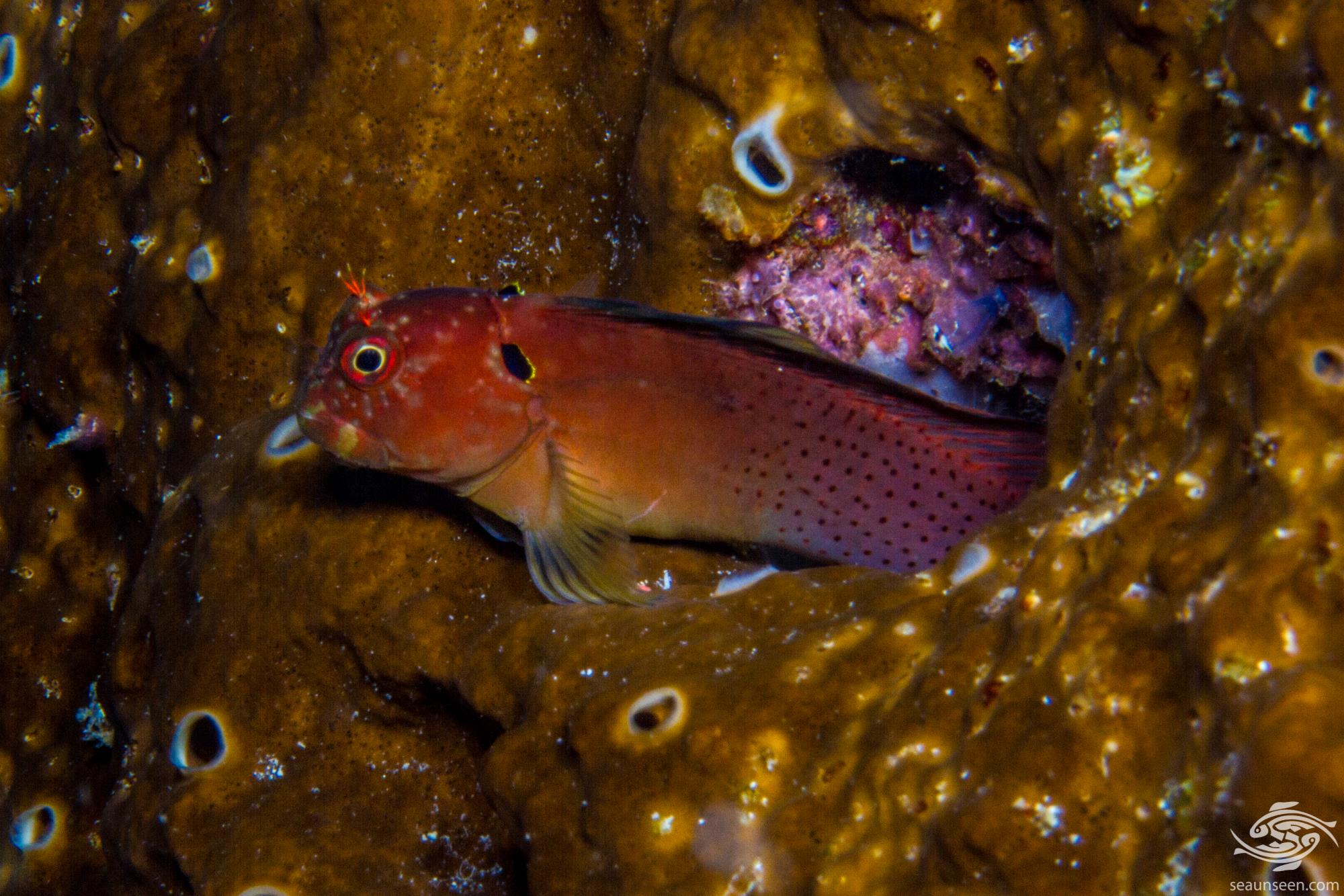