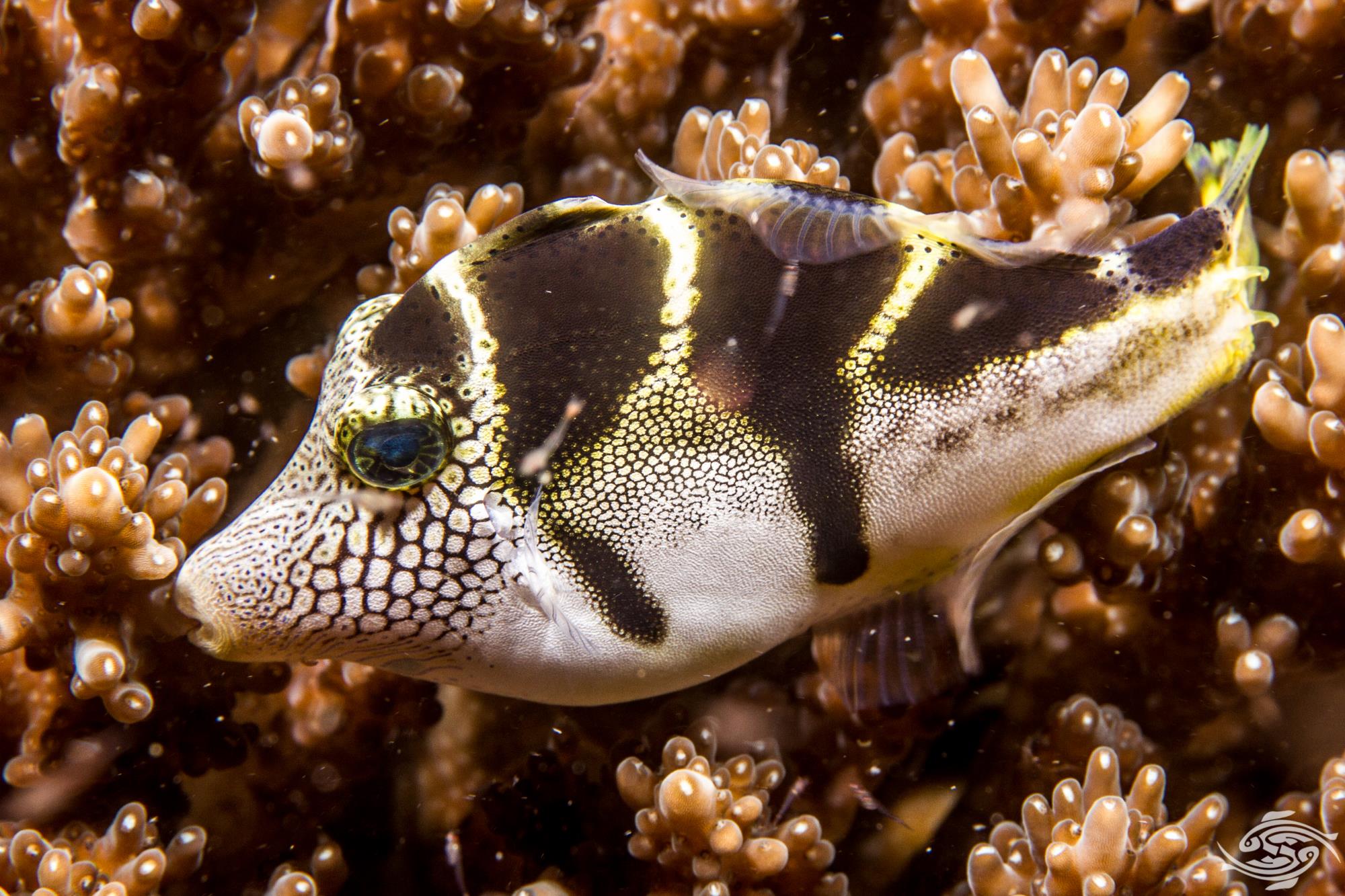 The Blacksaddle filefish (Paraluteres prionurus)  is also known as the Mimic filefish or Blacksaddle leatherjacket. Their coloration and shape mimics the poisonous Blacksaddle toby Canthigaster valentini.

This mimicry provides them with protection from predators. Their resemblance is quite similar and a Blacksaddle toby is pictured in the two images below. This form of mimicry is known as Batesian mimicry, where the in this case an edible fish visually mimics a toxic fish species. The species which is being copied is known as the model and the Blacksaddle Toby is sometimes referred to as the Model Toby. 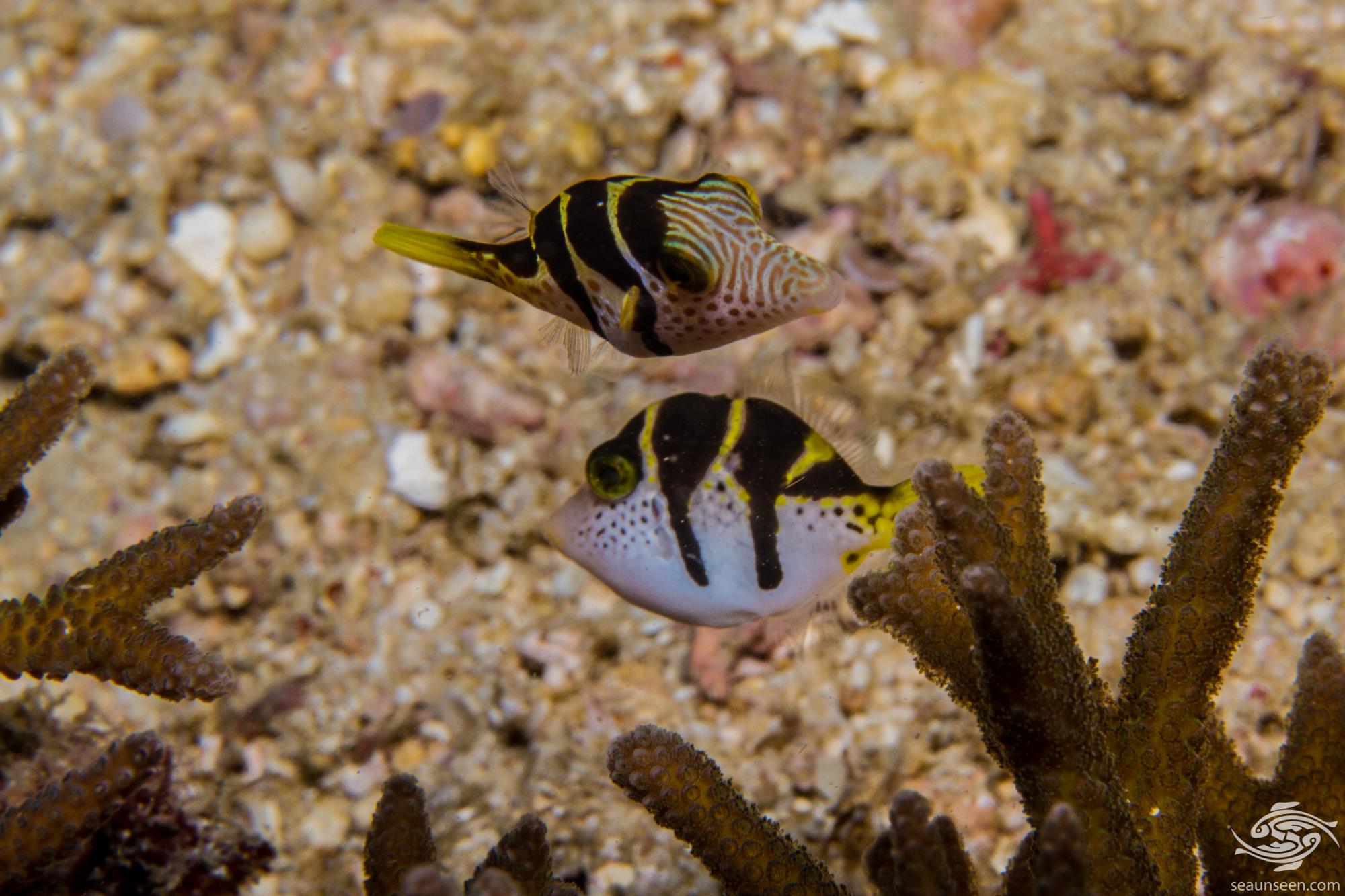 To illustrate the difference between the Blacksaddle filefish, Paraluteres prionurus and the Blacksaddle toby Canthigaster valentine the toby is pictured in the two images below. Note the stripes on the nose which are one of the easier features to distinguish from a distance. 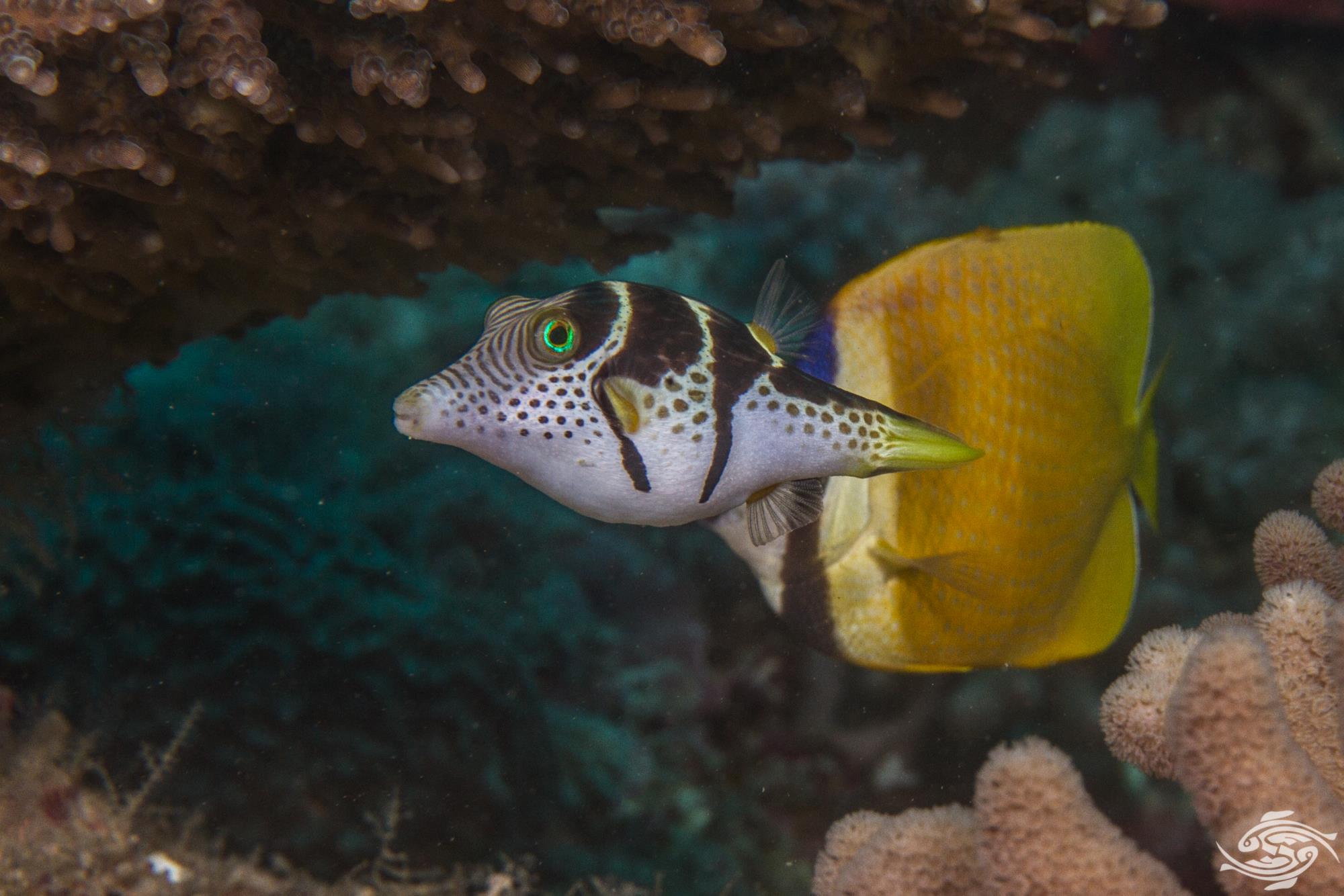 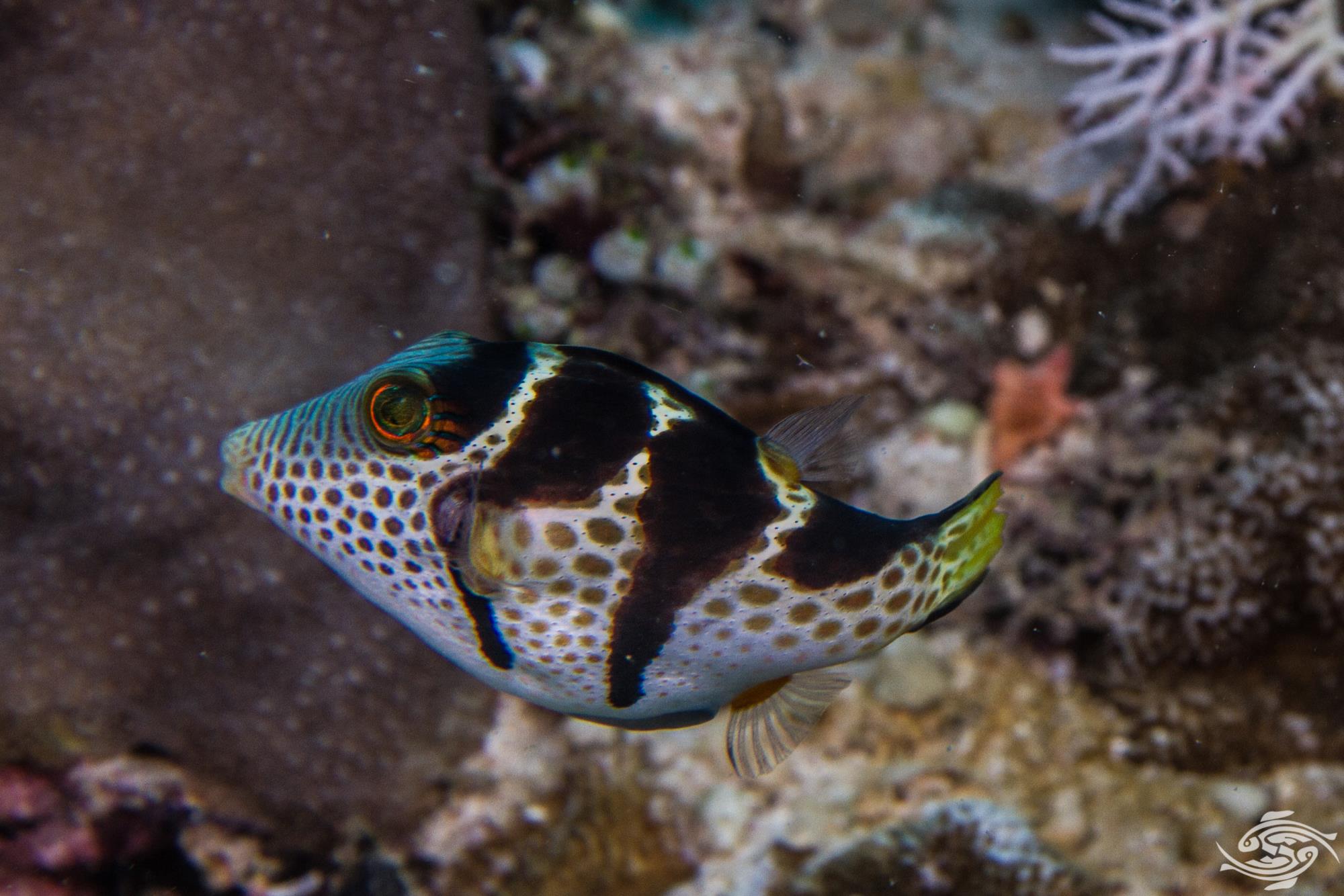 The body shape is very similar to that of the Blacksaddle toby as can be seen in the images. The body is as with most filefish, compressed more laterally compared to the toby which is plumper. The Blacksaddle Filefish has a floral yellow pattern around the eye whereas the toby has concentric rings of green and orange. If one is close enough this is a quick easy way to distinguish the two. 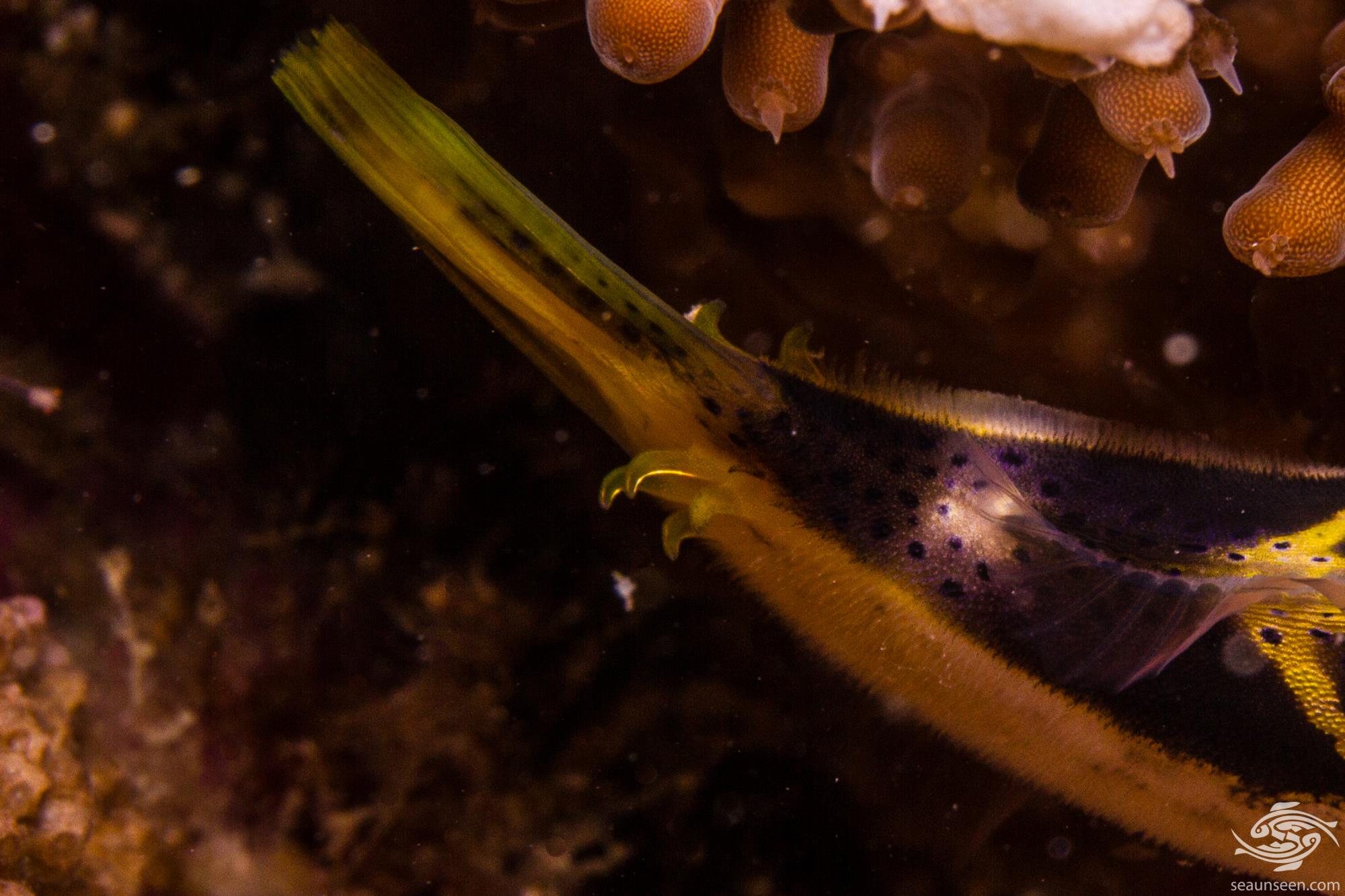 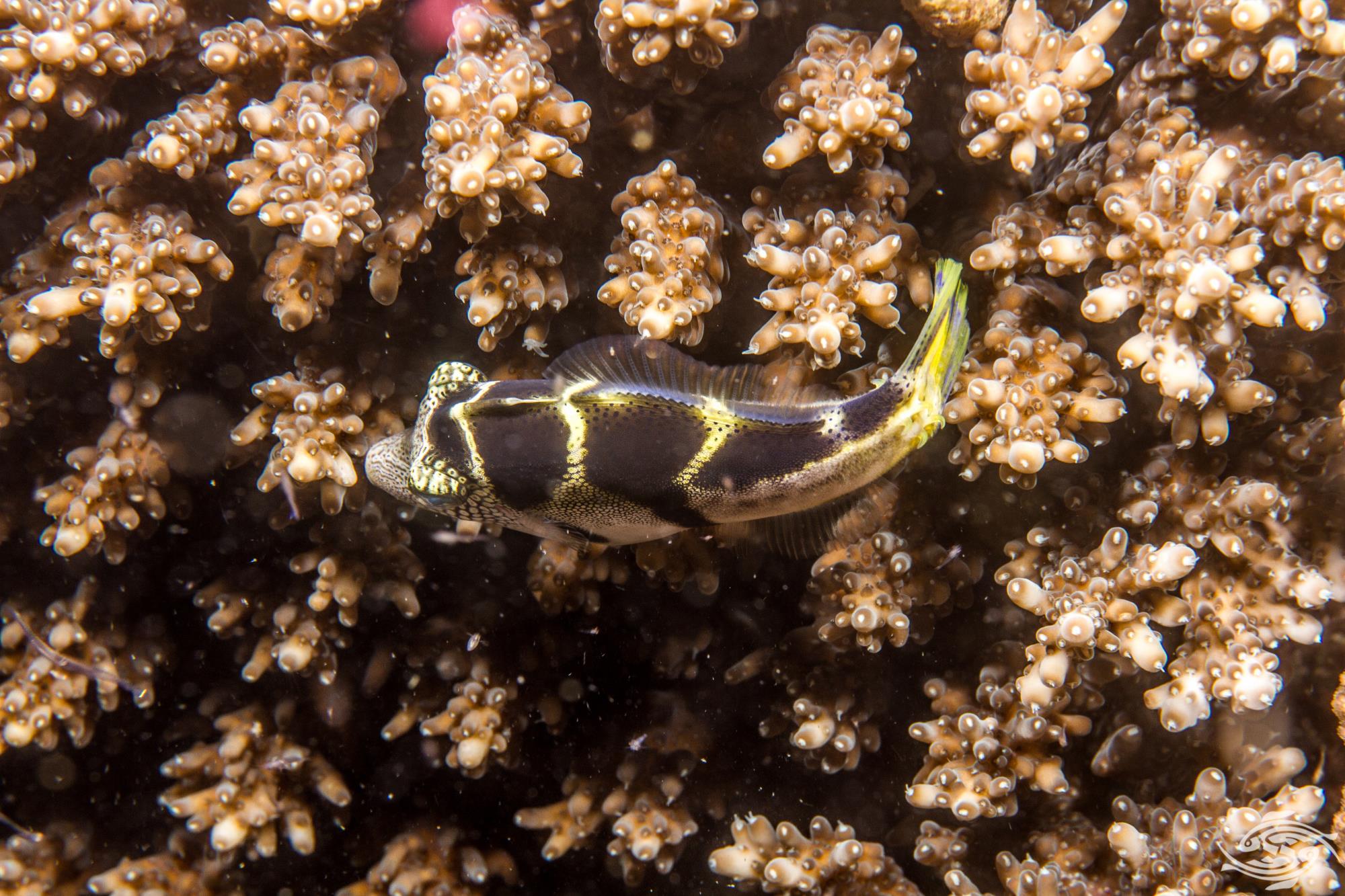 The Blacksaddle filefish is a relatively common species in Tanzanian waters. Once one learns to distinguish them from the Blacksaddle Toby you see a lot of them. They often swim together with the tobies and are often seen in pairs swimming above the reef. Occasionally they are seen solitary. 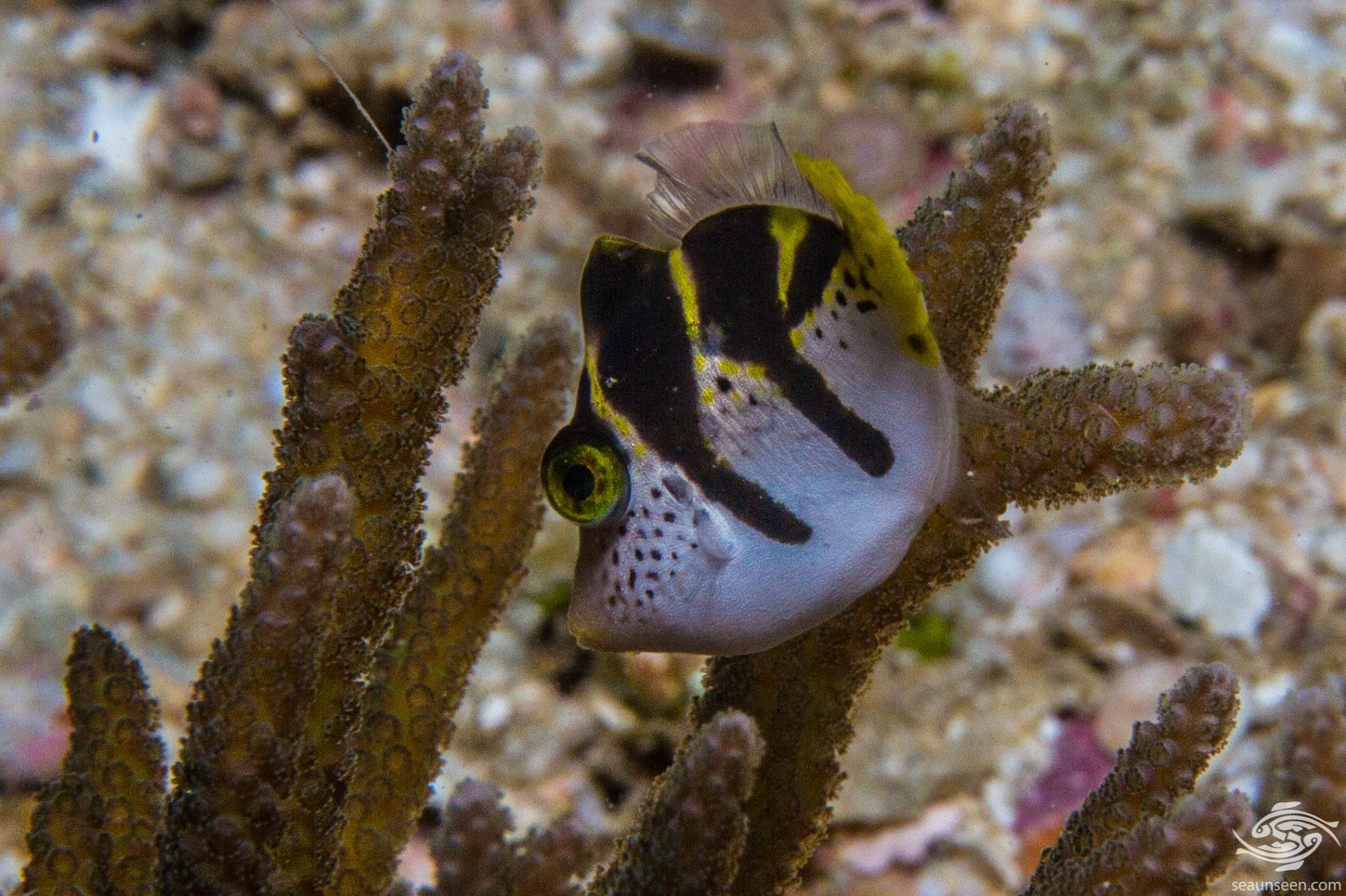 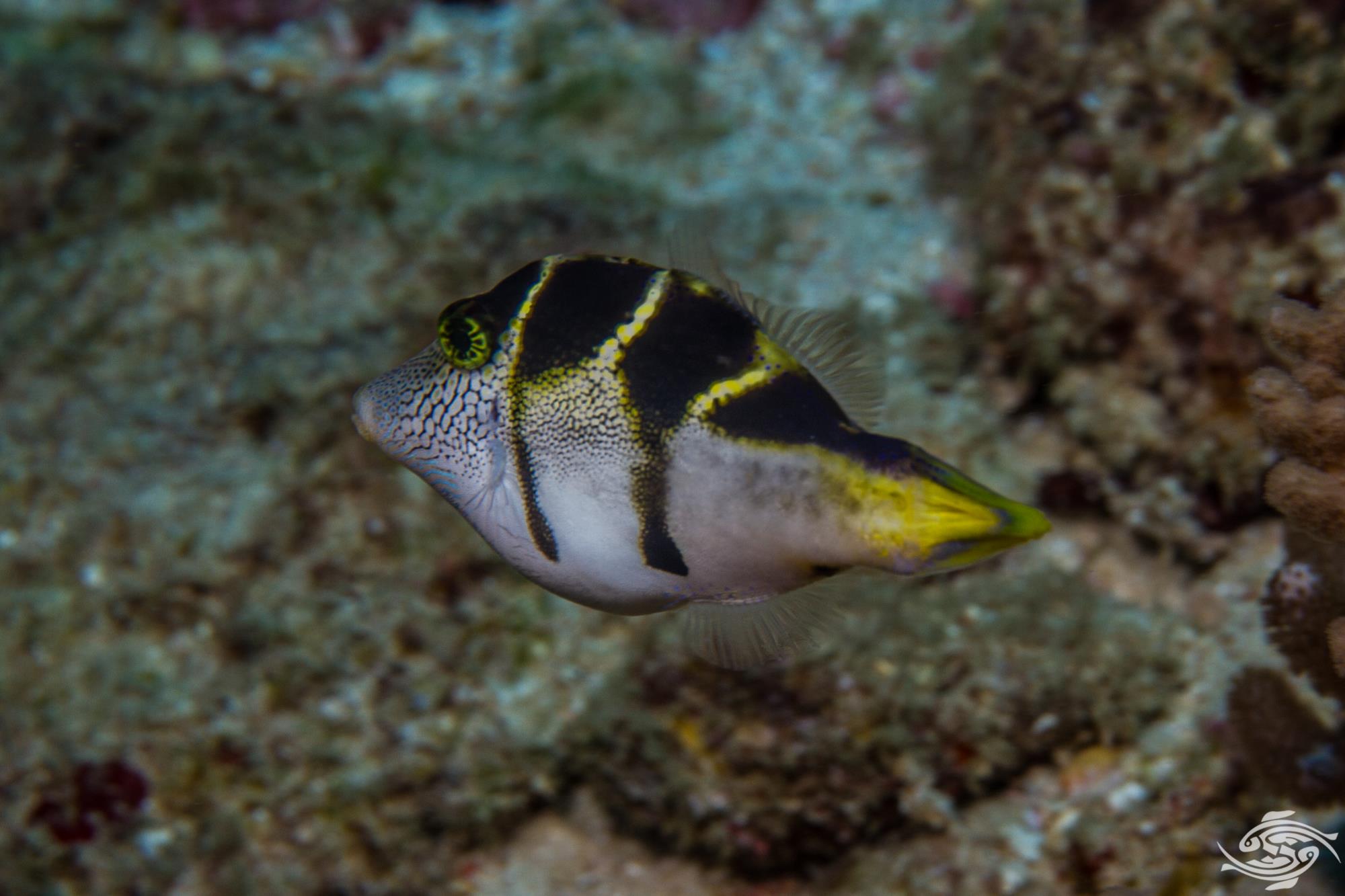 Blacksaddle filefish are found across the Indo Pacific area from the East Coast of Africa to Japan and south to Australia. They are not found in the Red Sea. They are often found in areas where there are large numbers of Blacksaddle Tobies. Both species are usually found in lagoons and on seaward reefs. 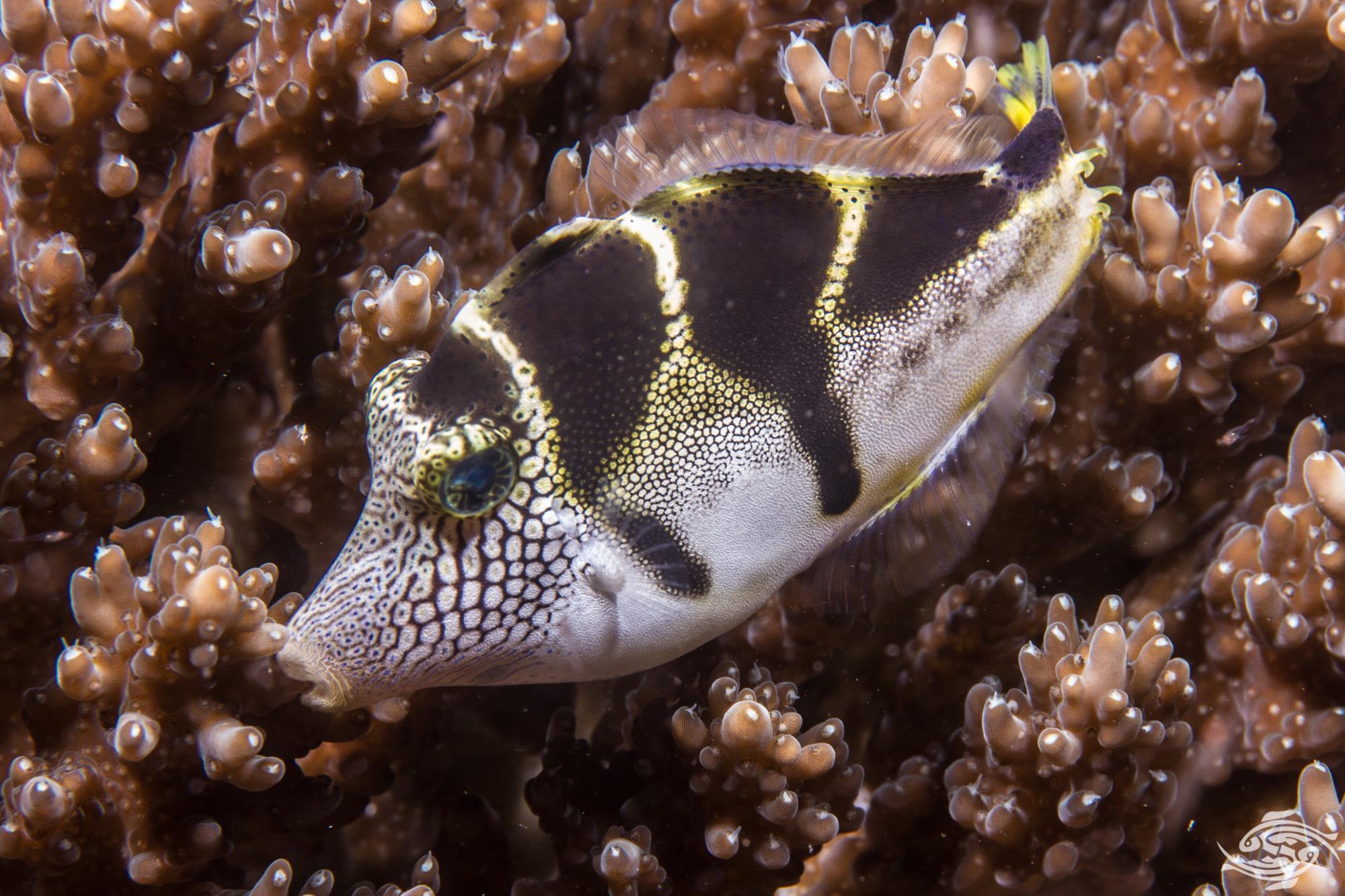 The Blacksaddle filefish are omnivores and graze the reef substrate. They additionally feed on small invertebrates, tunicates and sponges. Tube worms , sea star legs and other invertebrates such as sea cucumbers are often nipped in a tank and it is assumed this occurs in the wild as well. 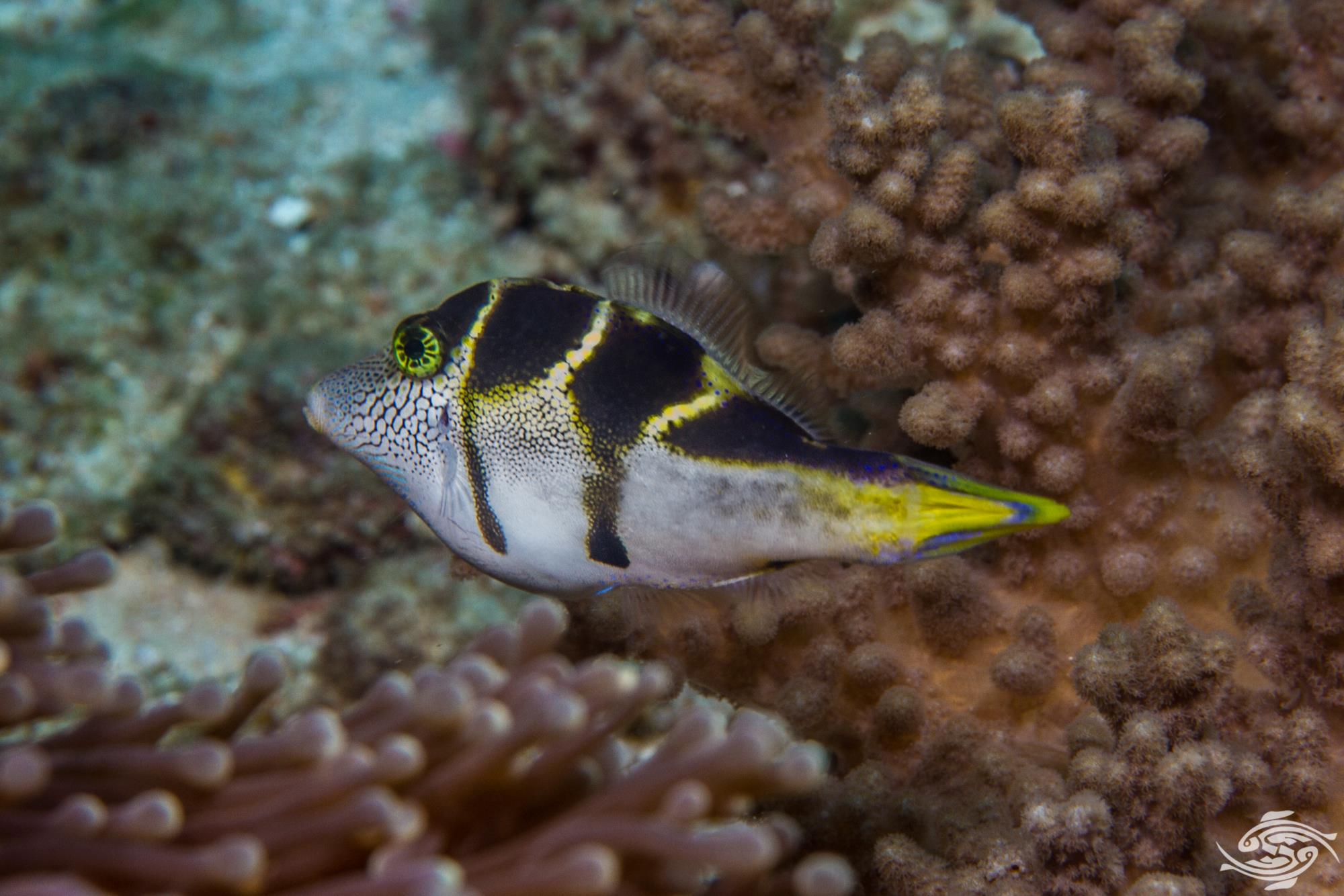 Breeding with filefish usually takes place between one male and several females. The females lay their eggs on the substrate and they are fertilized by the male. The eggs are then guarded by the female to prevent them from being eaten by predators. The Blacksaddle filefish is more often than not seen in pairs in the wild. It seems likely that they differ from other filefish and that the pairs are mated pairs. 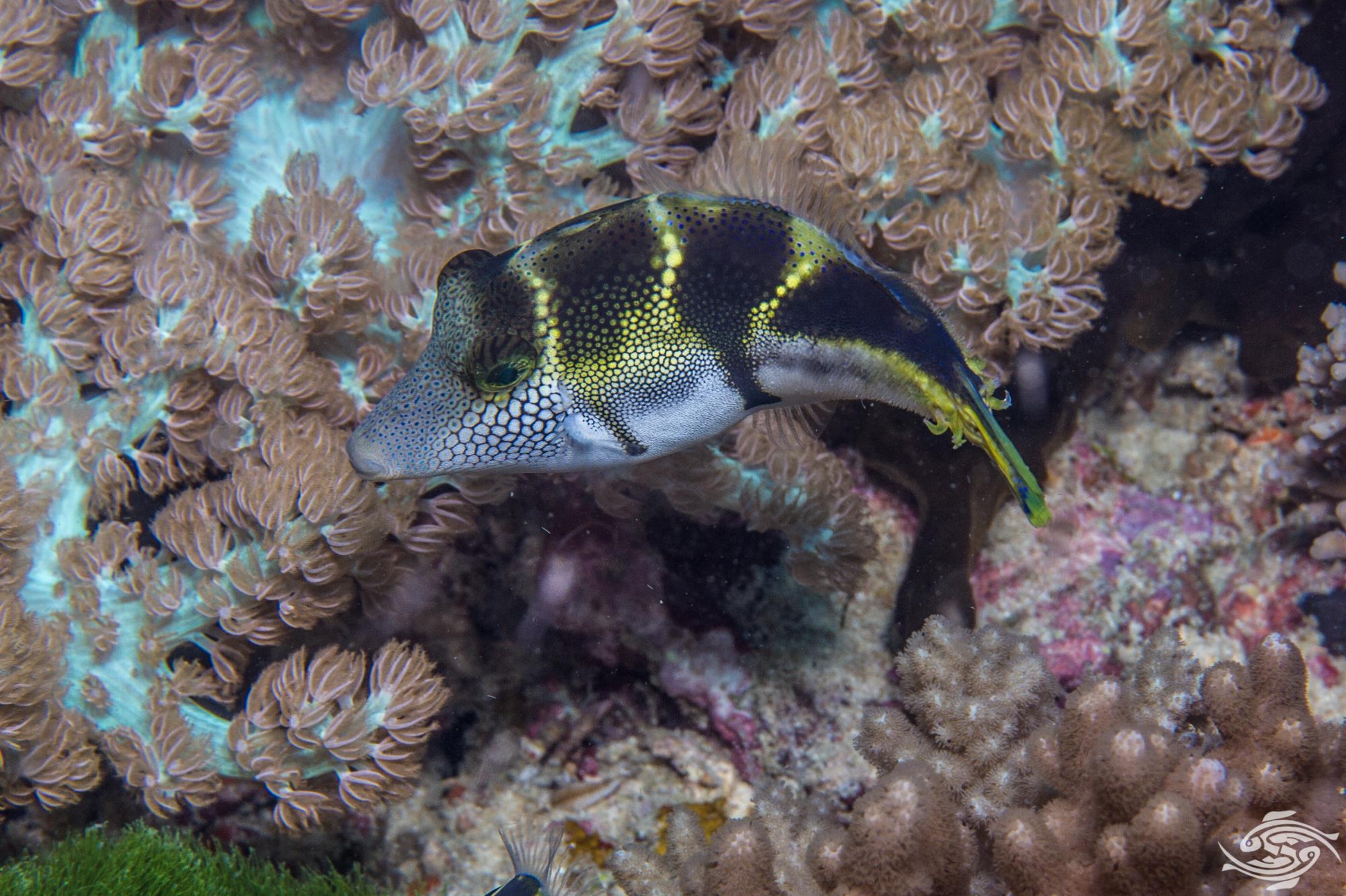 Blacksaddle filefish are found in the aquarium trade. They are easier to care for than most other filefish and additionally are not aggressive towards other fish other than their own species. Because of their habit of eating small invertebrates and grazing the reef they are not Reef safe.  Tube worms, sea stars and other invertabrates are at risk. As they feed continuously in the wild they require at least three feeds a day. Being omnivores they require a mixed diet to keep  them healthy and happy. 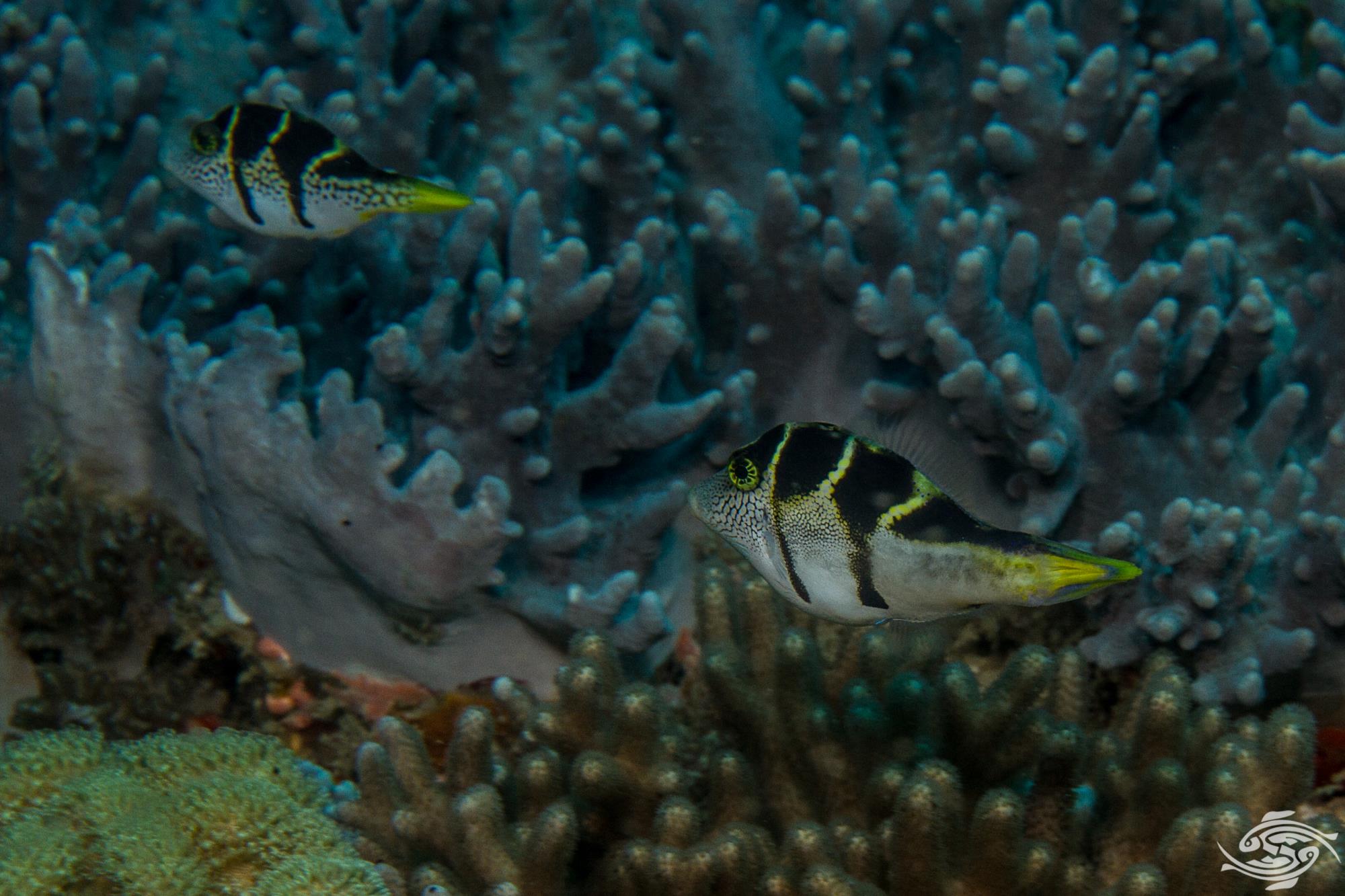