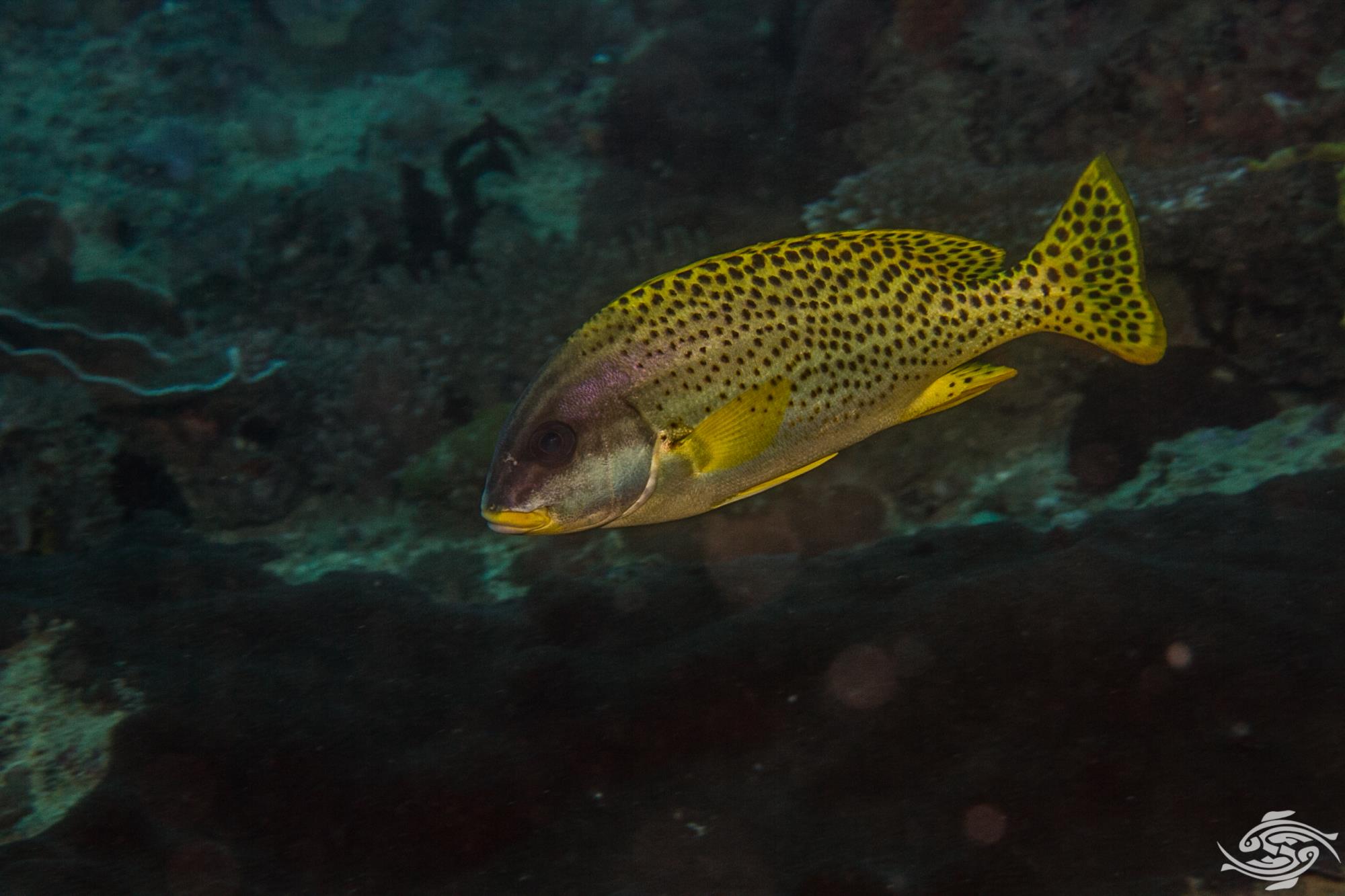 The Blackspotted Rubberlip (Plectorhinchus gaterinus), also known as the Blackspotted sweetlip, is a species of grunt. Closely related to the snappers, grunts have smaller mouths and teeth and thicker fleshy lips hence the name sweetlips. They may also grind their teeth together when caught, emitting a grunting sound, hence the name grunt. They are attractive looking fish especially in a shoal. 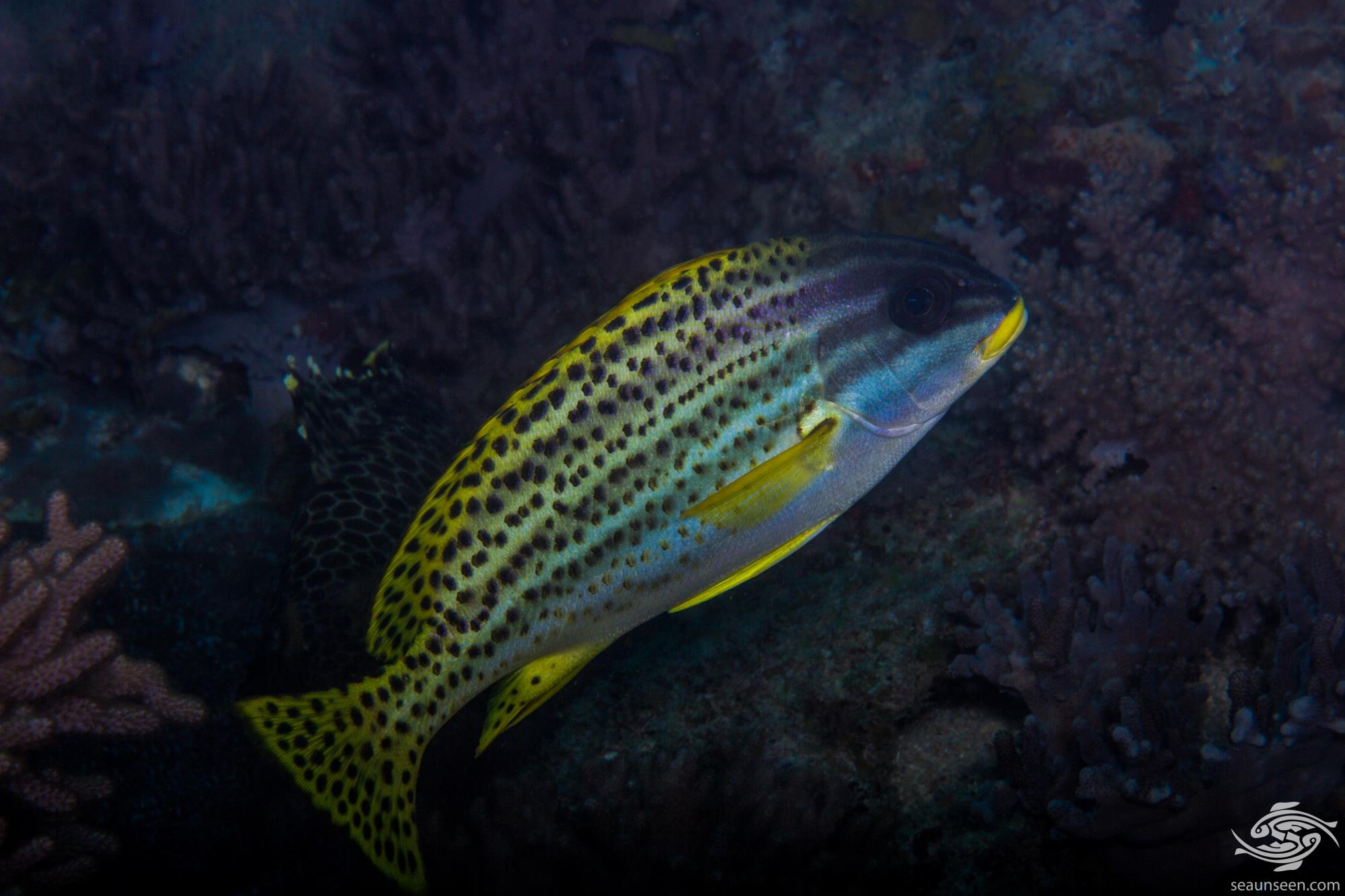 Juvenile blackspotted rubberlip have more pronounced lines of dots on the body than the adults. As they age so the lines on the body turn into smaller dots. The face on the adult darkens and the lips are proportionally thick and yellow. An attractive looking fish which grows up to 45 cm. 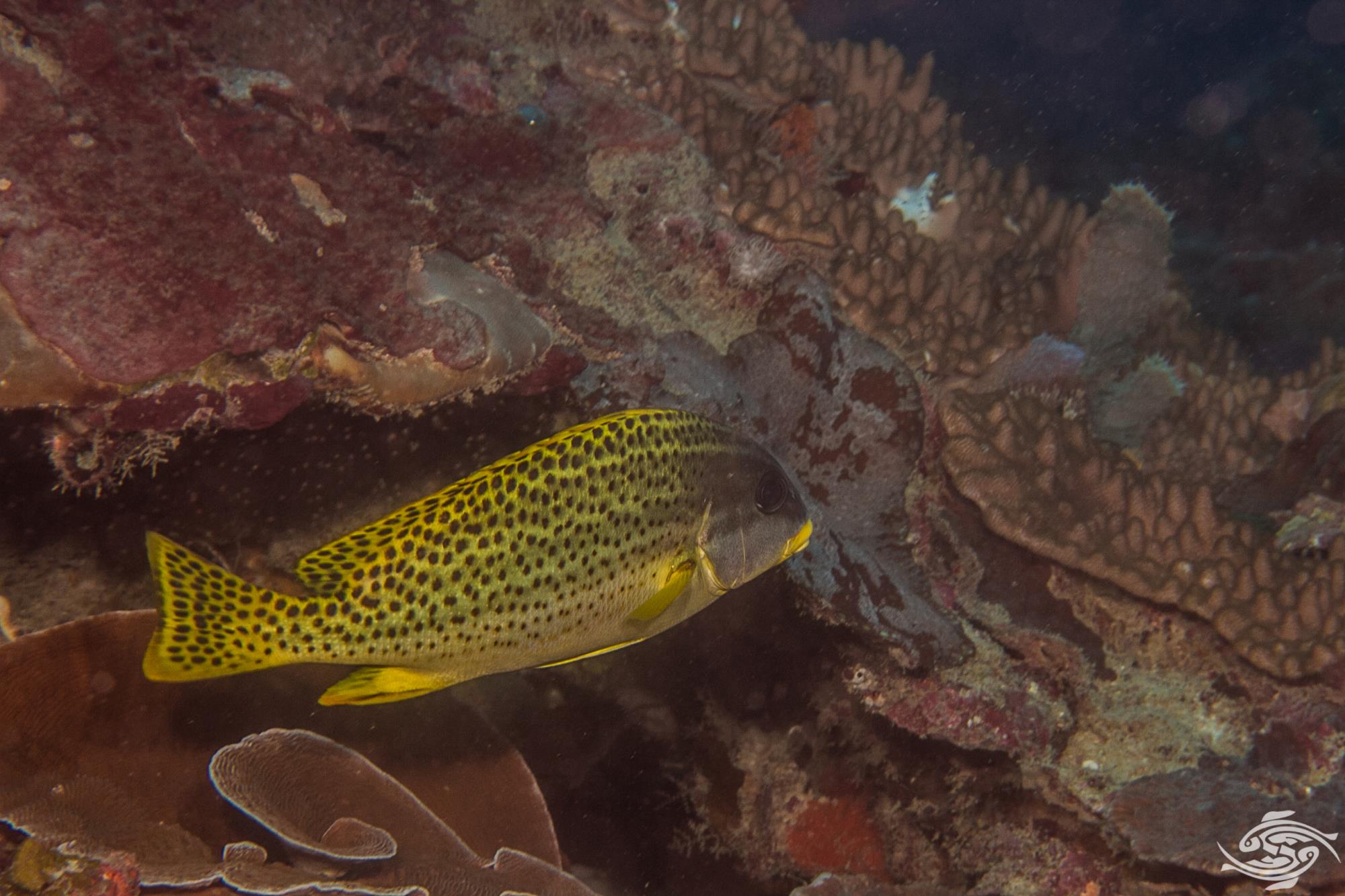 The adult blackspotted rubberlip are often seen in small shoals off the edge of a drop off at around 20 to 25 meters. In Tanzanian waters they are seldom seem above 15 meters. They are curious fish and will sometimes come and inspect a diver, but if one gets too close they are quick to dart away. The juveniles are elusive and hide in crevices or caves when approached. They will sometimes be seen swimming with other  sweetlips species. 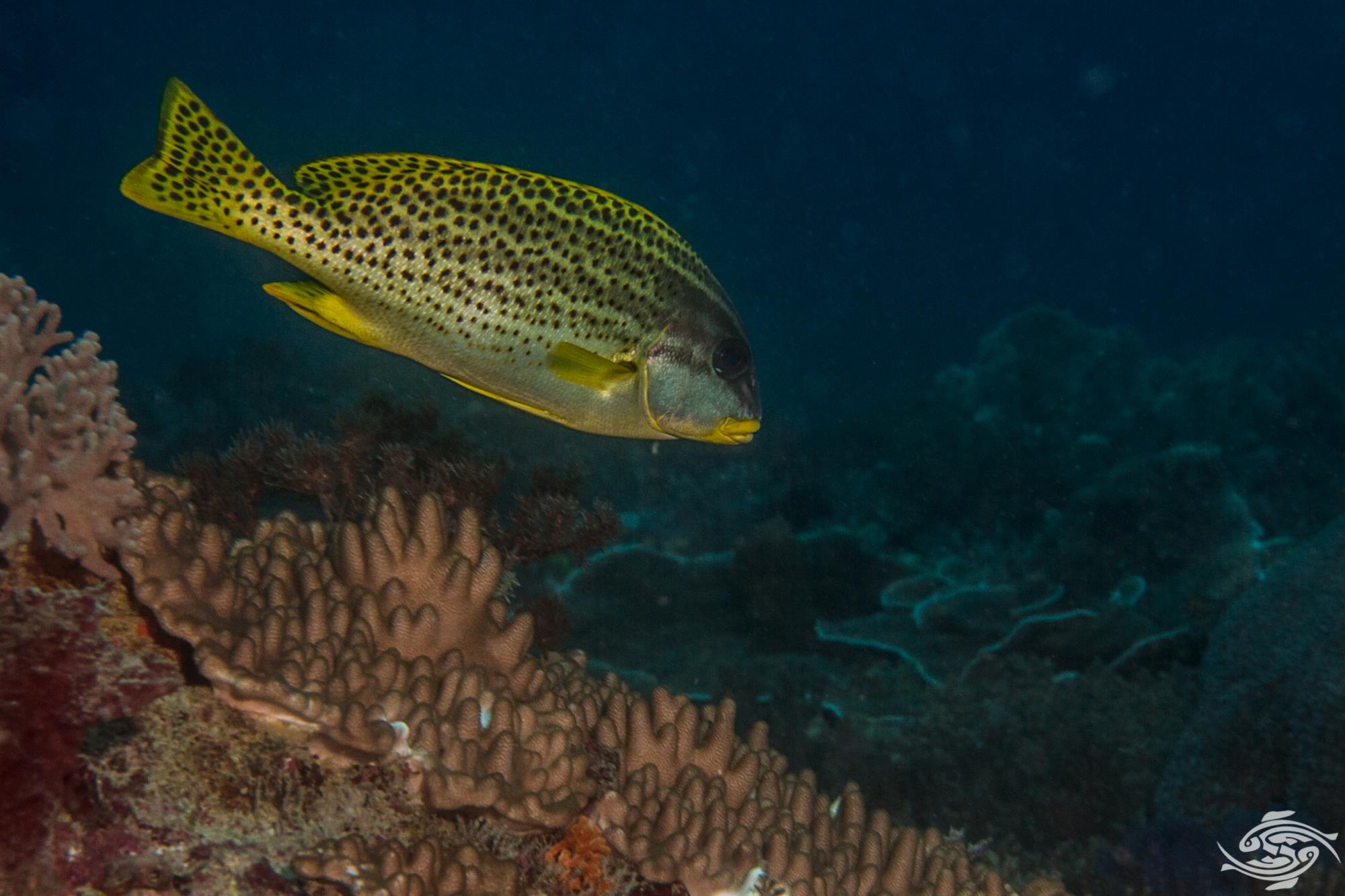 The Blackspotted rubberlip is found across the western Indian ocean. The juveniles are seen on the reef, usually close to a coral bommie with hiding spots, which they are quick to dart into. The adults are seen hanging over or near the reef during the day, singly or in small groups. 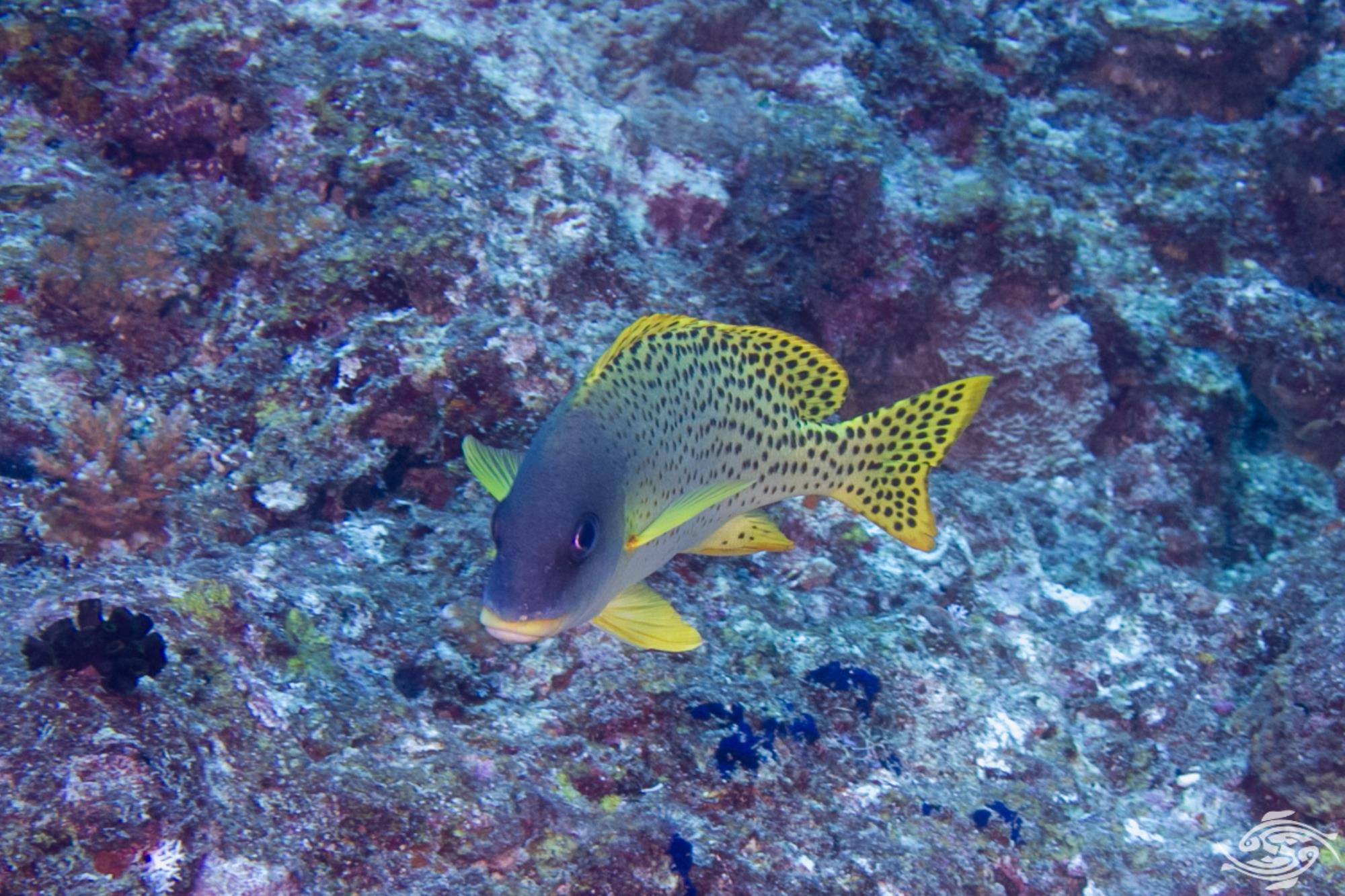 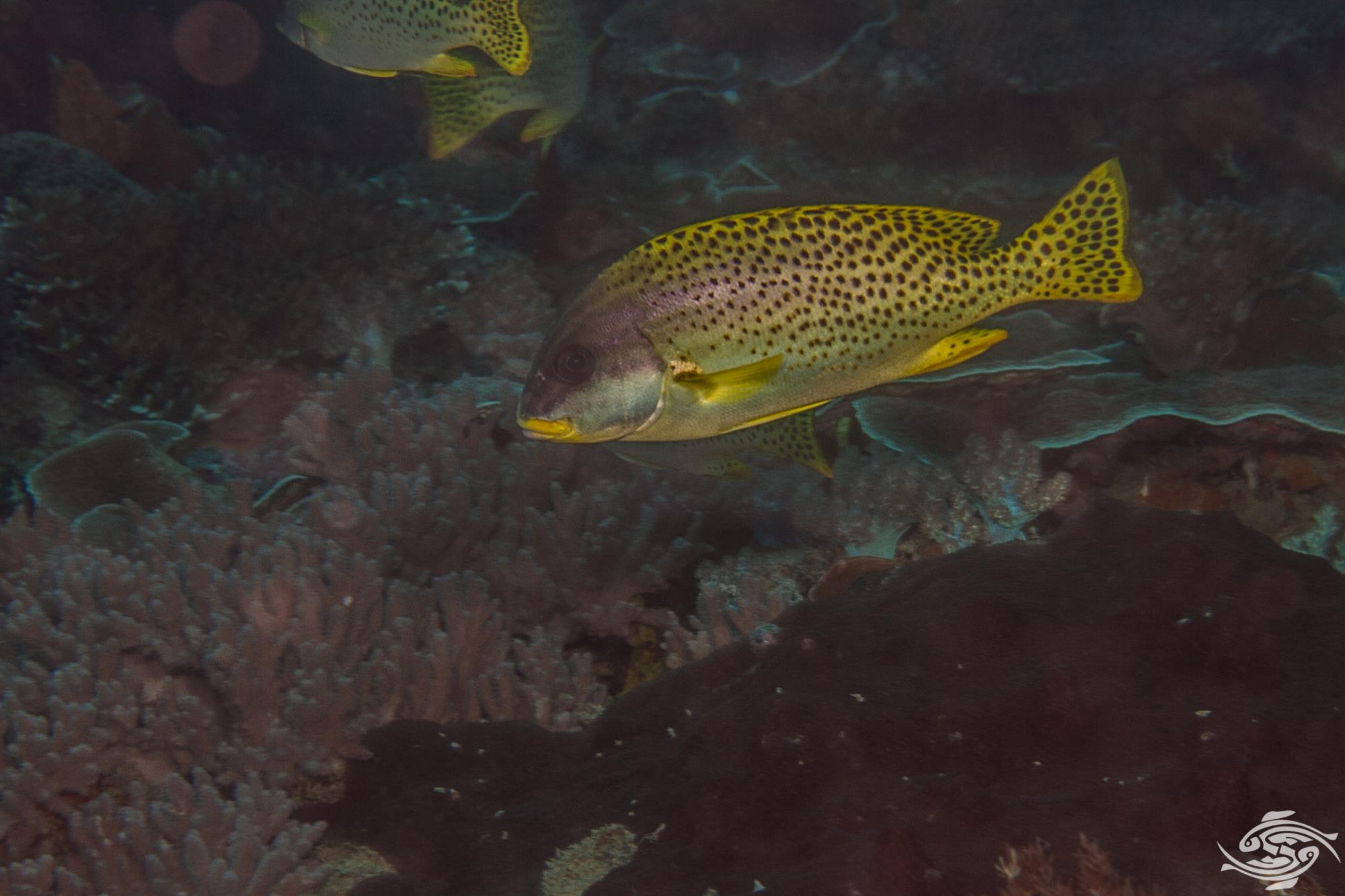 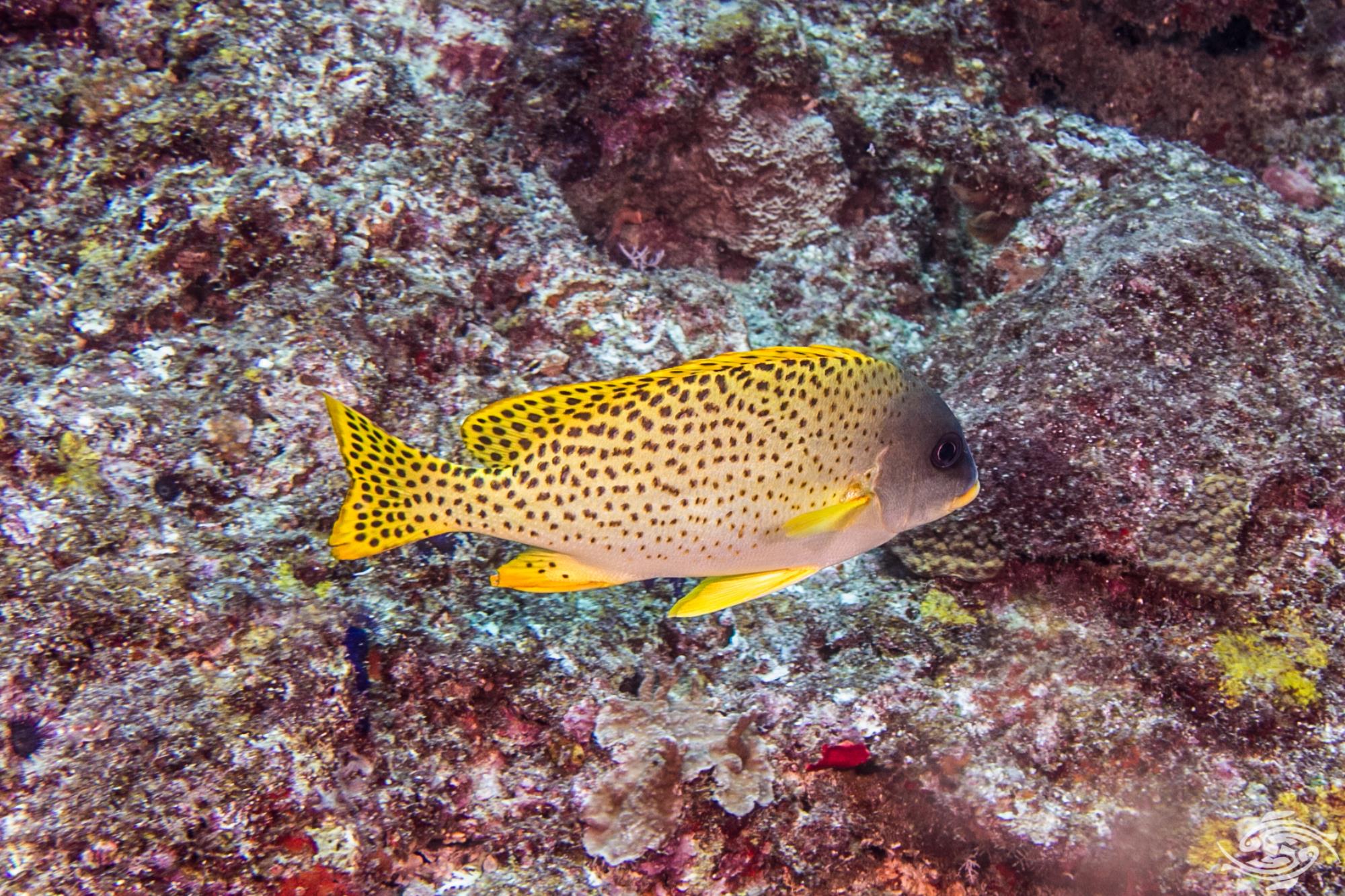 They blackspotted rubberlip is not usually exploited commercially and the taste of the meat is said to be poor. They are often caught in fish traps in Tanzania. 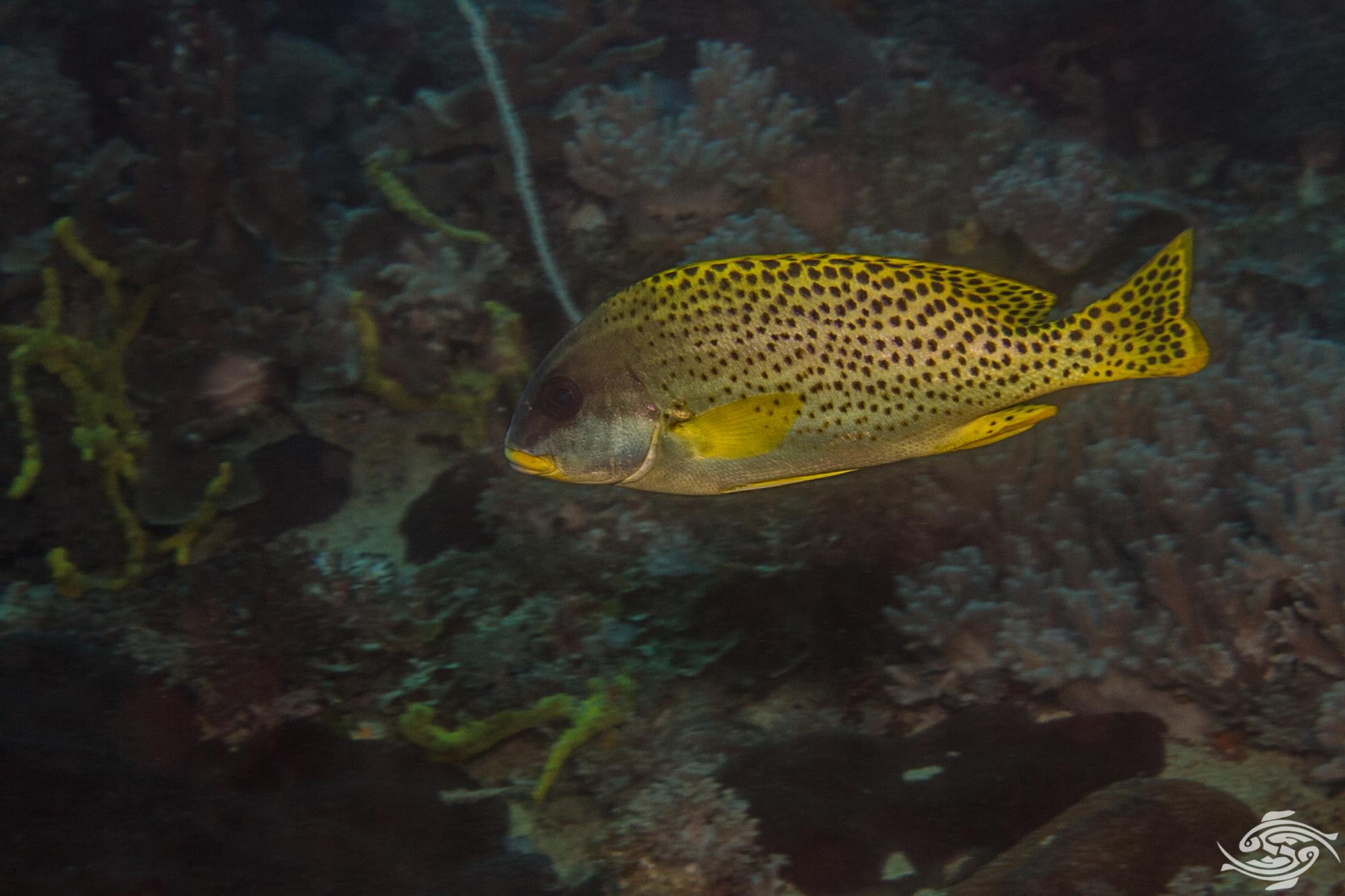 These fish grow quite large and because of this are not generally kept in private aquariums. 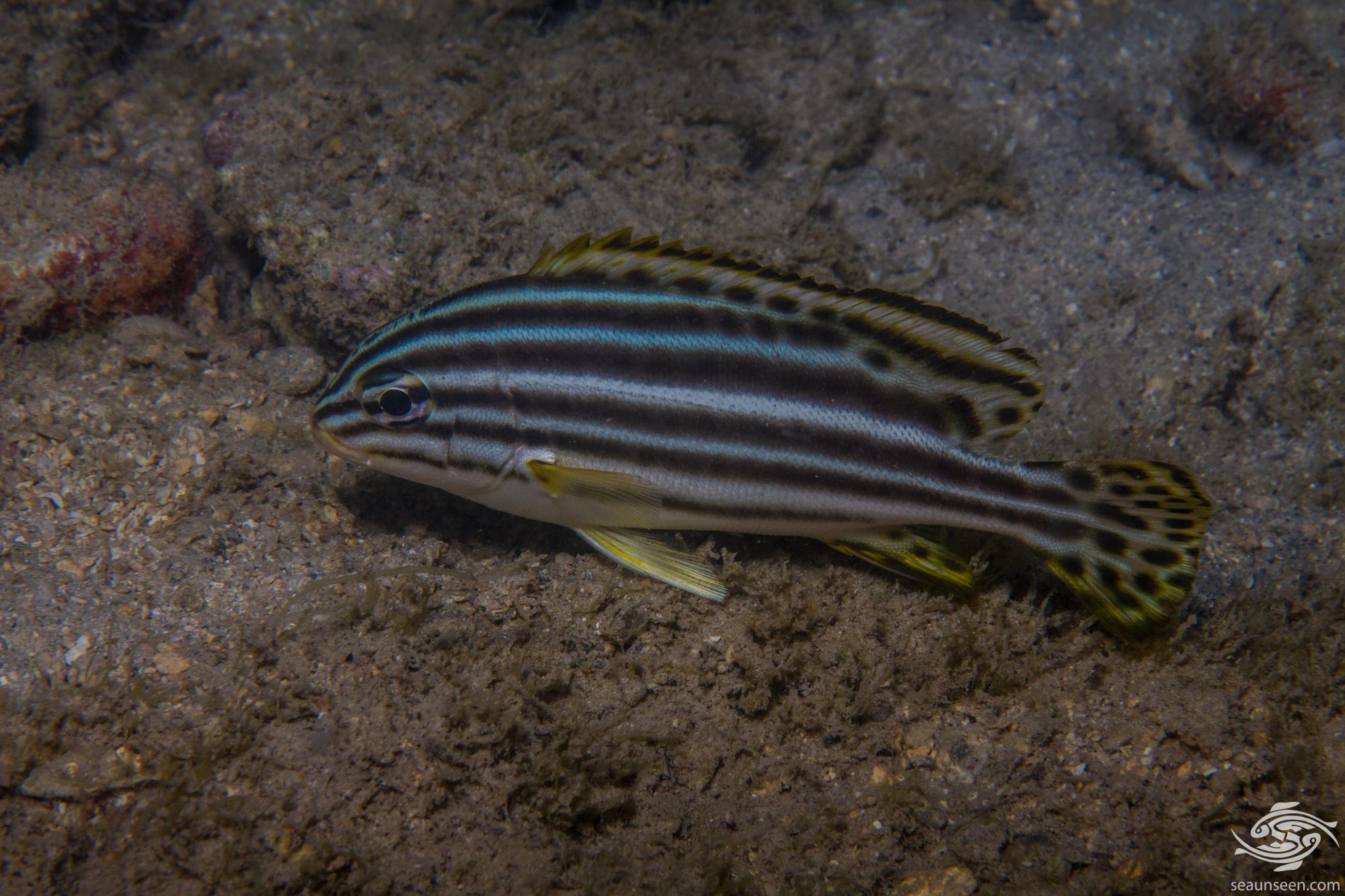