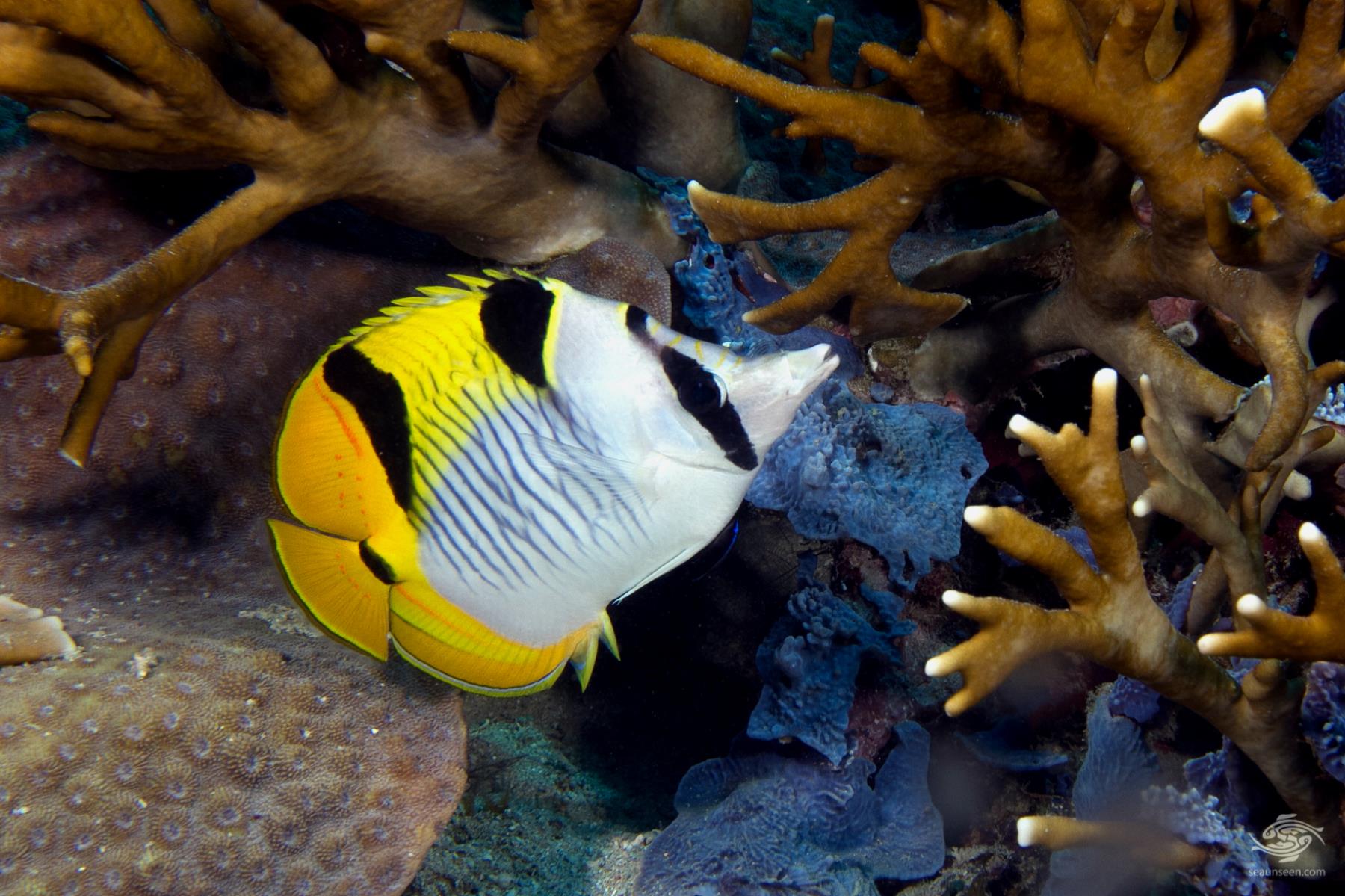 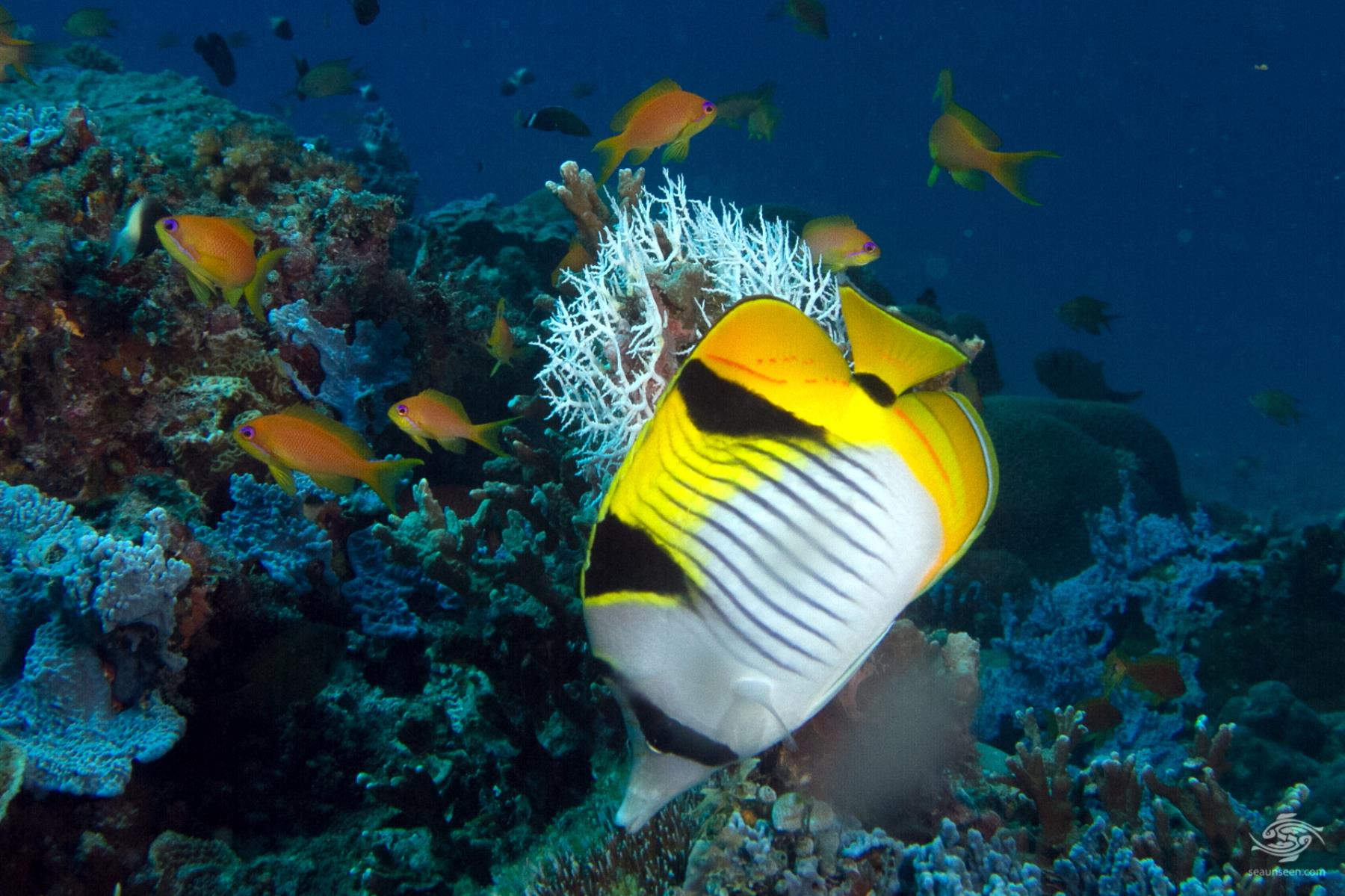 Blackwedged butterflyfish are a fairly common sight on East African reefs, usually seen in pairs and sometimes small groups on the reef. Divers can get quite close to them as long as they approach slowly. They will always be close to a ledge or hole and if one approaches too closely will quickly go into hiding.

They are found throughout the tropical Indian ocean from the northern South African coast , Madagascar, Seychelles and Chagos islands north to Kenya and across to the Maldives, Sri Lanka, Thailand , Indonesia and Vietnam and Taiwan.

Blackwedged butterflyfish are generally seen on the reef slope or on top of the reef but are also found on rich coral in seaward lagoons. The juveniles often hide in stag horn coral. 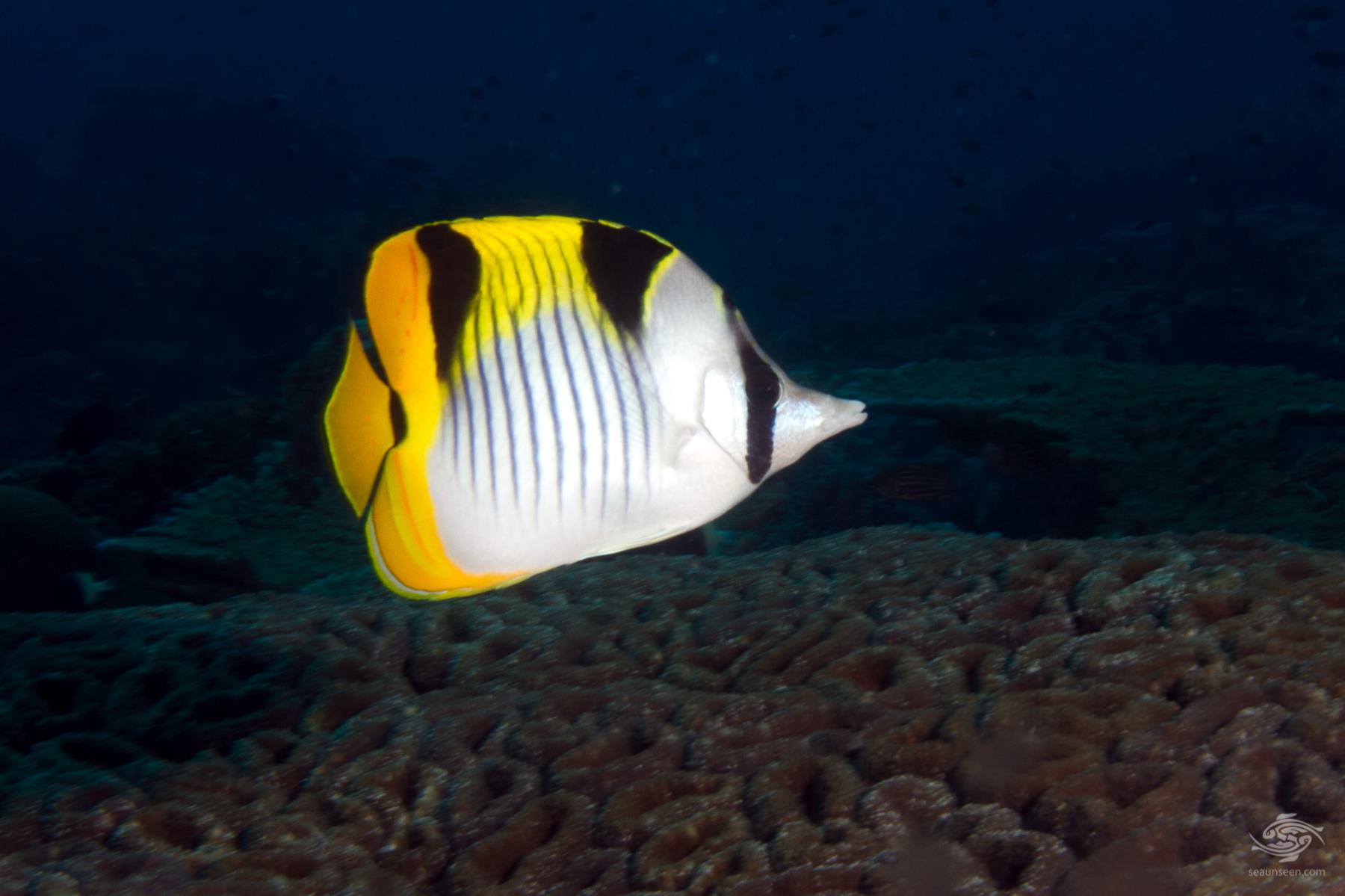 They are carnivores that mainly feed on anemones, coral polyps and a variety of benthic invertebrates within their natural environment. On the reef they can be seen continually picking at coral polyps.

They form monogamous pairs as do many other butterflyfishes and are sometimes seen in small groups. Spawning is thought to take place in relation to the lunar cycles but this is not certain. The eggs are spherical and buoyant and it is thought they hatch in 28 to 30 hours, once the eggs hatch a bony plate forms over the head area and the larvae are pelagic for quite some time before developing into juveniles. This phase makes it extremely difficult to breed them in aquariums. 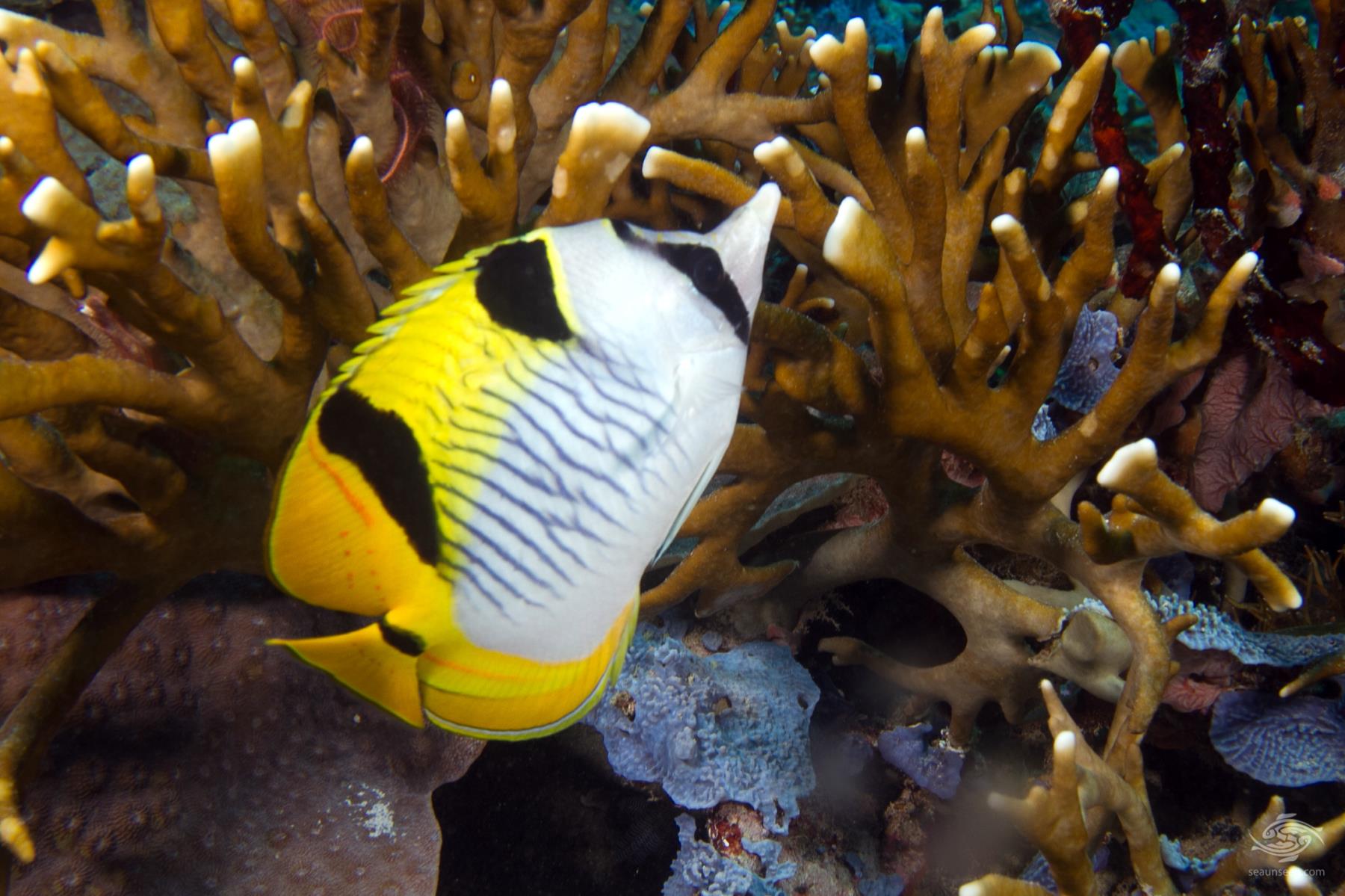 They are one of the easier butterfly fishes to keep, being less fussy than some other species. They will probably be fine with most soft corals but will pick on hard corals and are likely to destroy these in a tank.

When introducing them into a tank it is best to offer a variety of carnivore foods to induce them to eat. If they have not eaten for several days it might be necessary to feed them live foods. As with all the butterflyfishes they require ample hiding spots as well as plenty of open space for swimming. 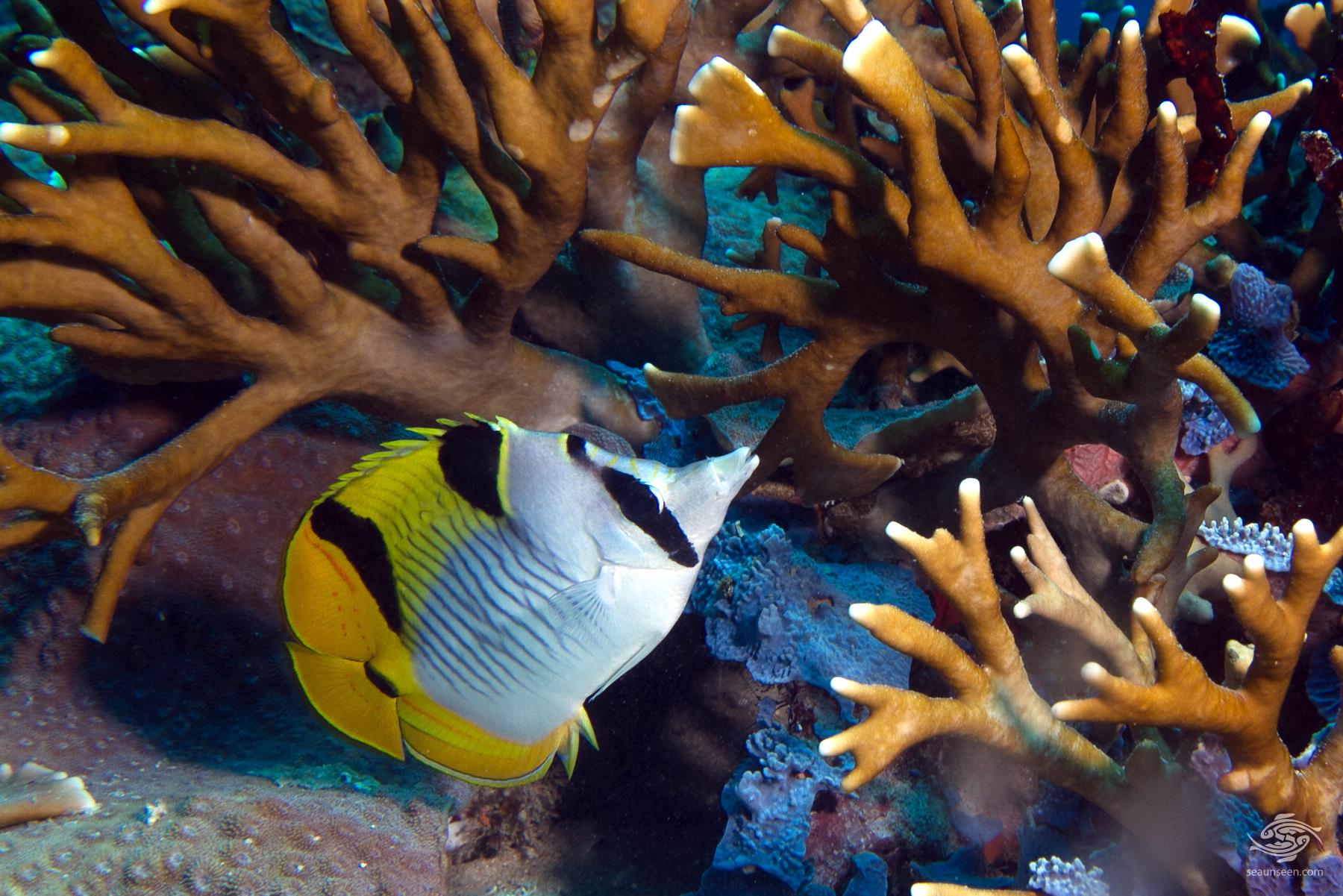