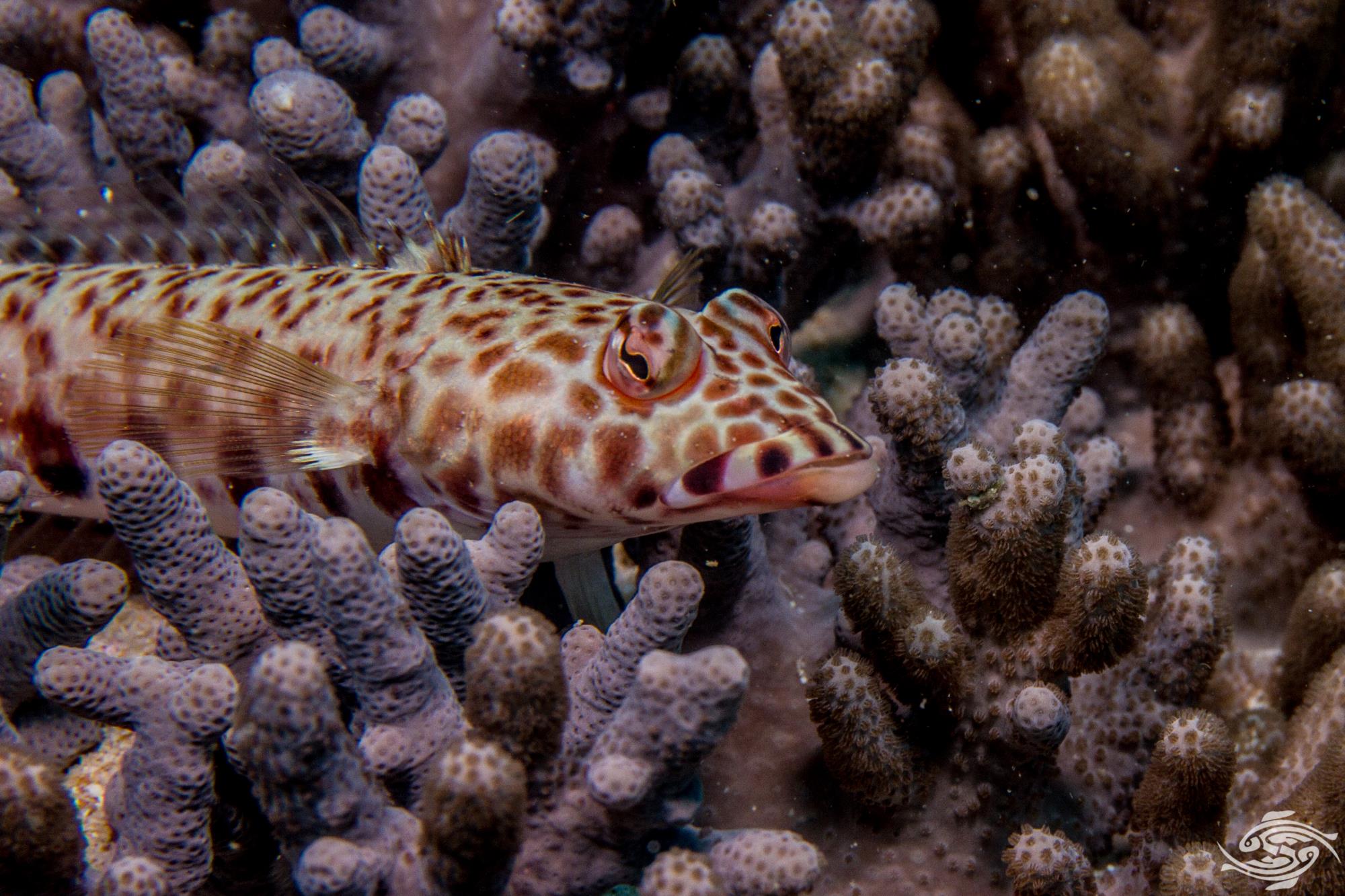 The  Blotchlip sandperch (Parapercis albiventer ) used to be known as Parapercis xanthozona. Due to the obvious differences has been reclassified. They are a very common inhabitant of the rubble areas between the reef on the Tanzanian coast. As can be seen in the image above they are quite attractive quirky looking fish. To date they are only known on the South African, Mozambican and Tanzanian coasts.  Their range almost certainly extends northwards to Kenya. 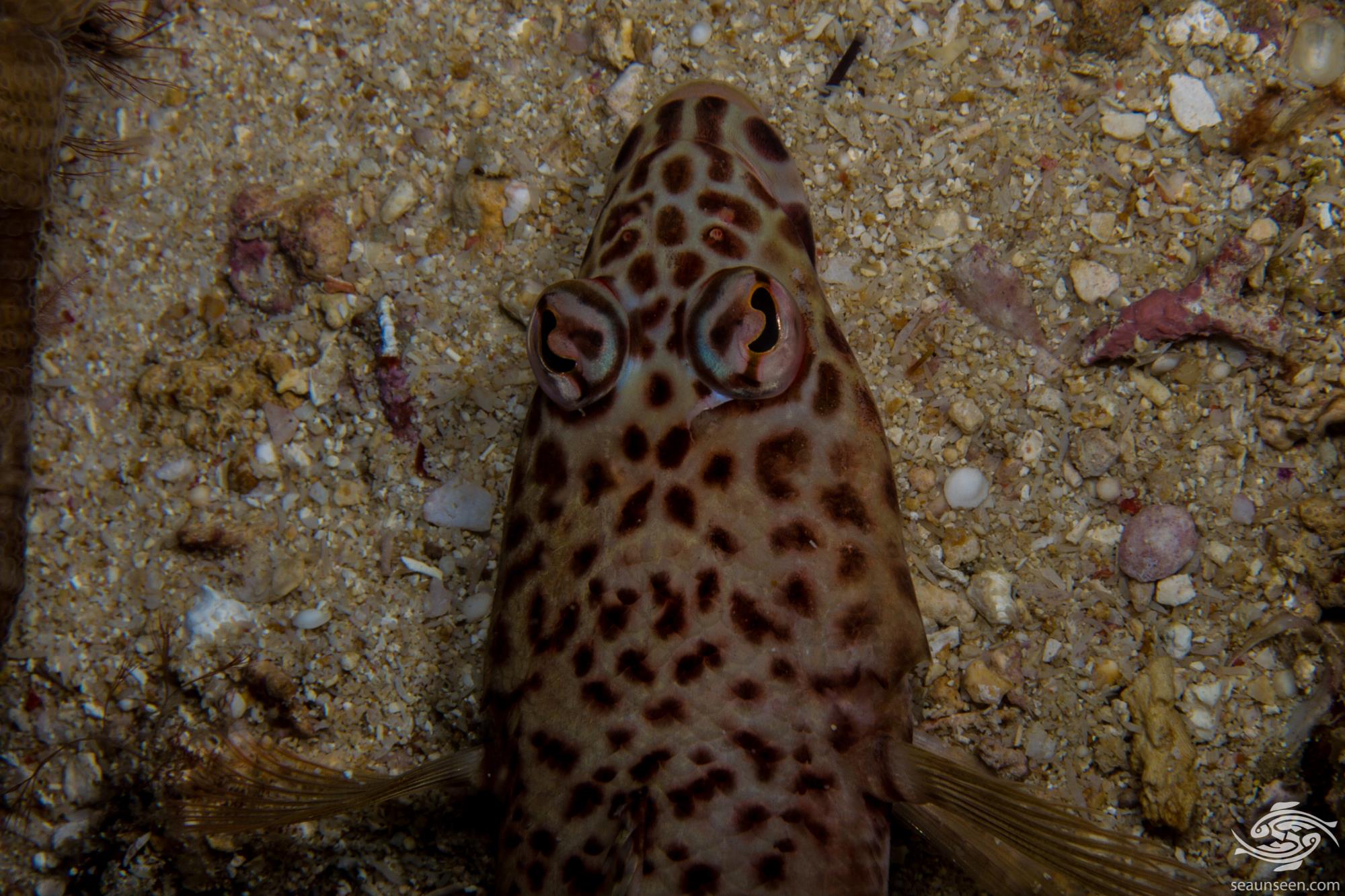 The upper body is covered in brown-black dots and blotches. As can be expected from their name they have a series of six blotches on the lips. The dorsal fin is clear with brown and white spines. A row of black blotches is present along the lower body. The stomach is white. The caudal fin has a black mark on it. In Tanzanian waters they seem to grow up to a maximum of 12-15 cm. 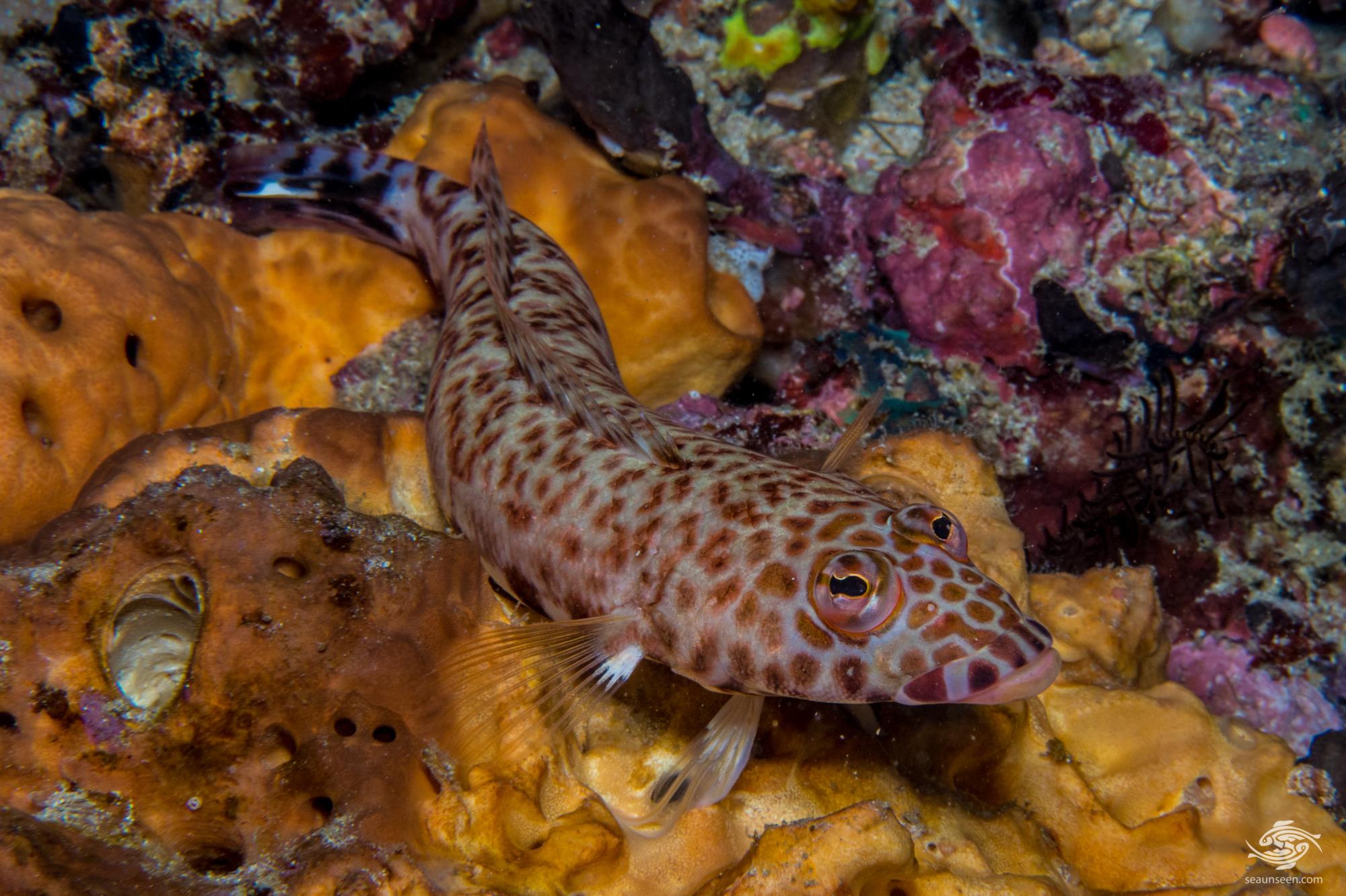 The Blotchlip sandperch are usually seen on sandy areas and rubble between the reef. They sit on the bottom perched on their pectoral fins and make darting dashes upwards. They appear to have exceptionally good eyesight. When approached by a diver they will usually sit on the bottom. If one gets too close they will dart off. The Blotchlip sandperch in particular compared to the other sandperches is quite lazy and tends not to dart very far off. They will hop to another position and watch the diver carefully. 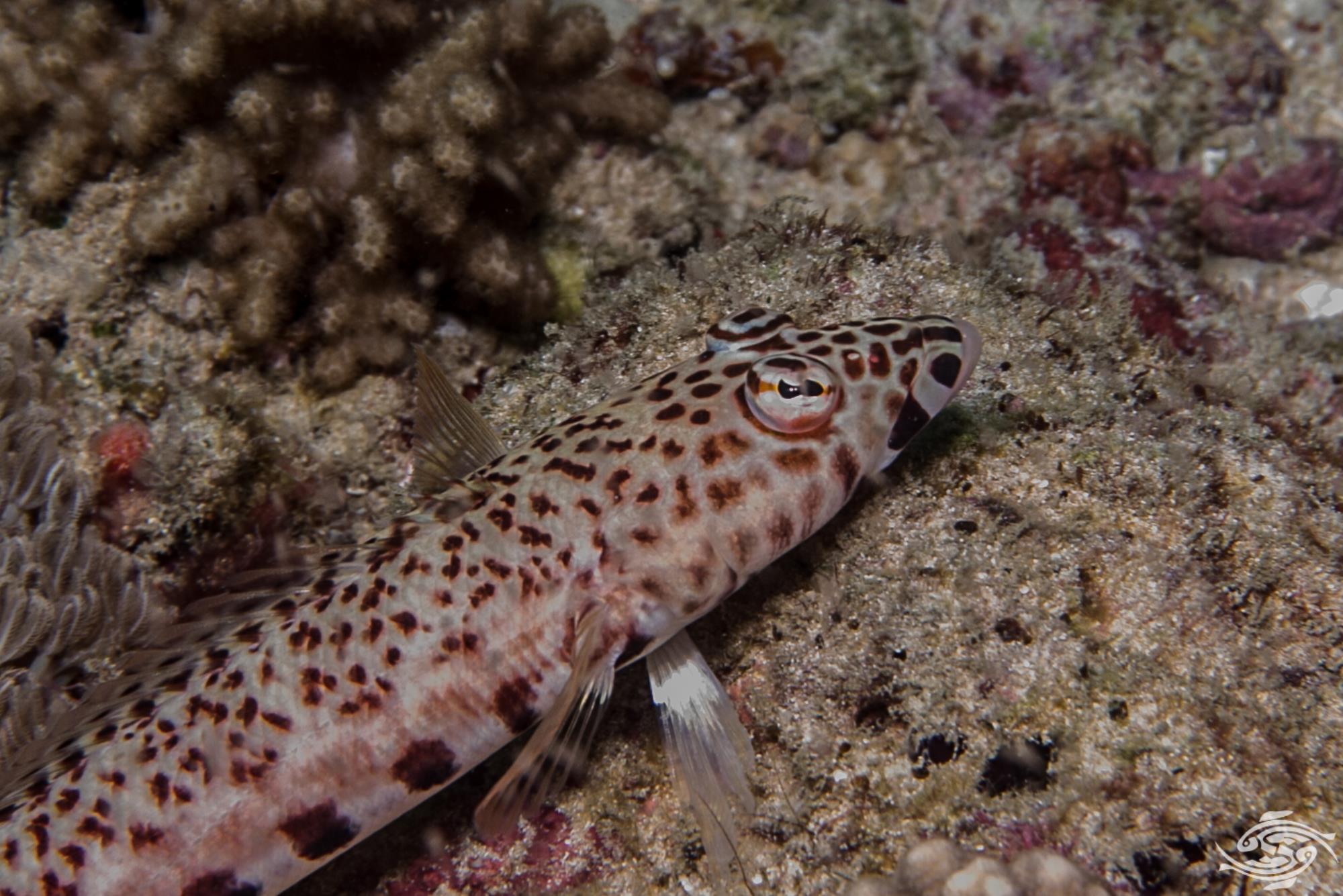 The Blotchlip sandperch is to date only recorded in South Africa, Mozambique and Tanzania. Their range almost certainly extends further north.  They are usually found on sandy and rubble areas in-between reefs. Commonly seen at around 12 to 18 meters.

The Blotchlip sandperch feed on zooplankton, small crustaceans and fish. 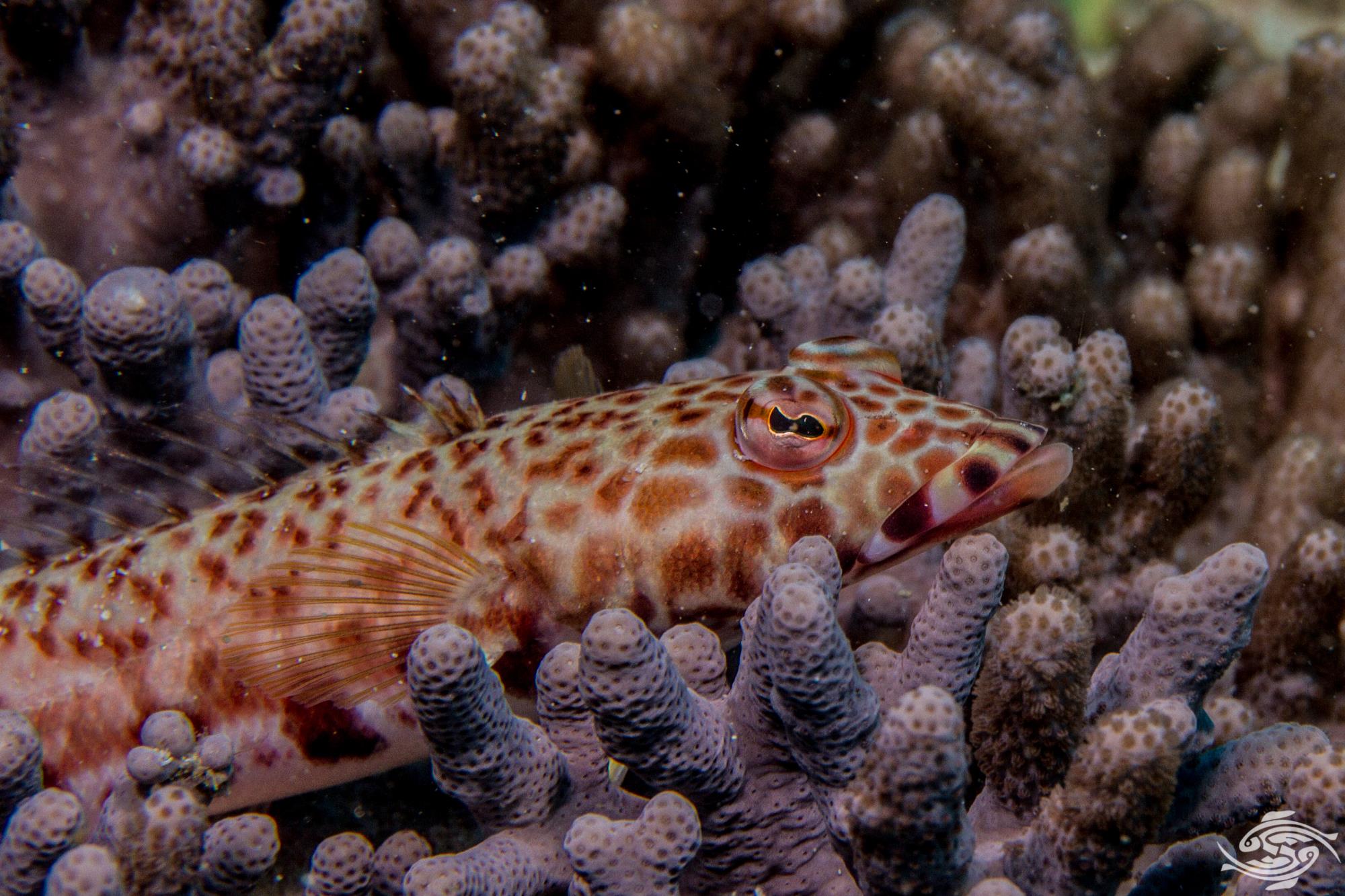 Little is known of this species mating habits. As with most sand perches they are sequential hermaphrodites, starting their adult lives as females and later becoming males, probably triggered by social cues. 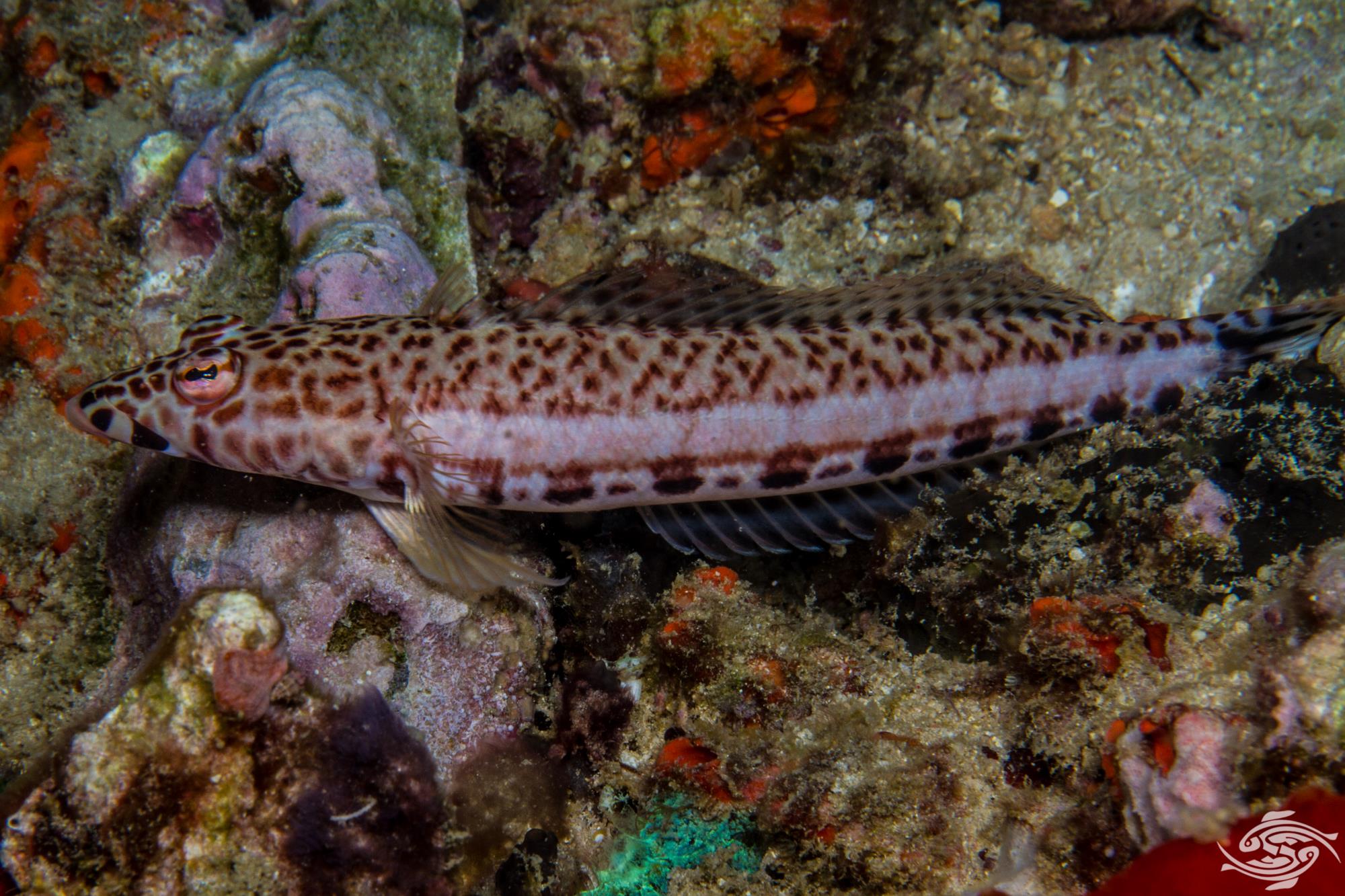 At this stage there appears to be no way of differentiating between males and females although it is assumed that males are larger. Some larger specimens have a white line on the side as seen above and this could possibly indicate a male. 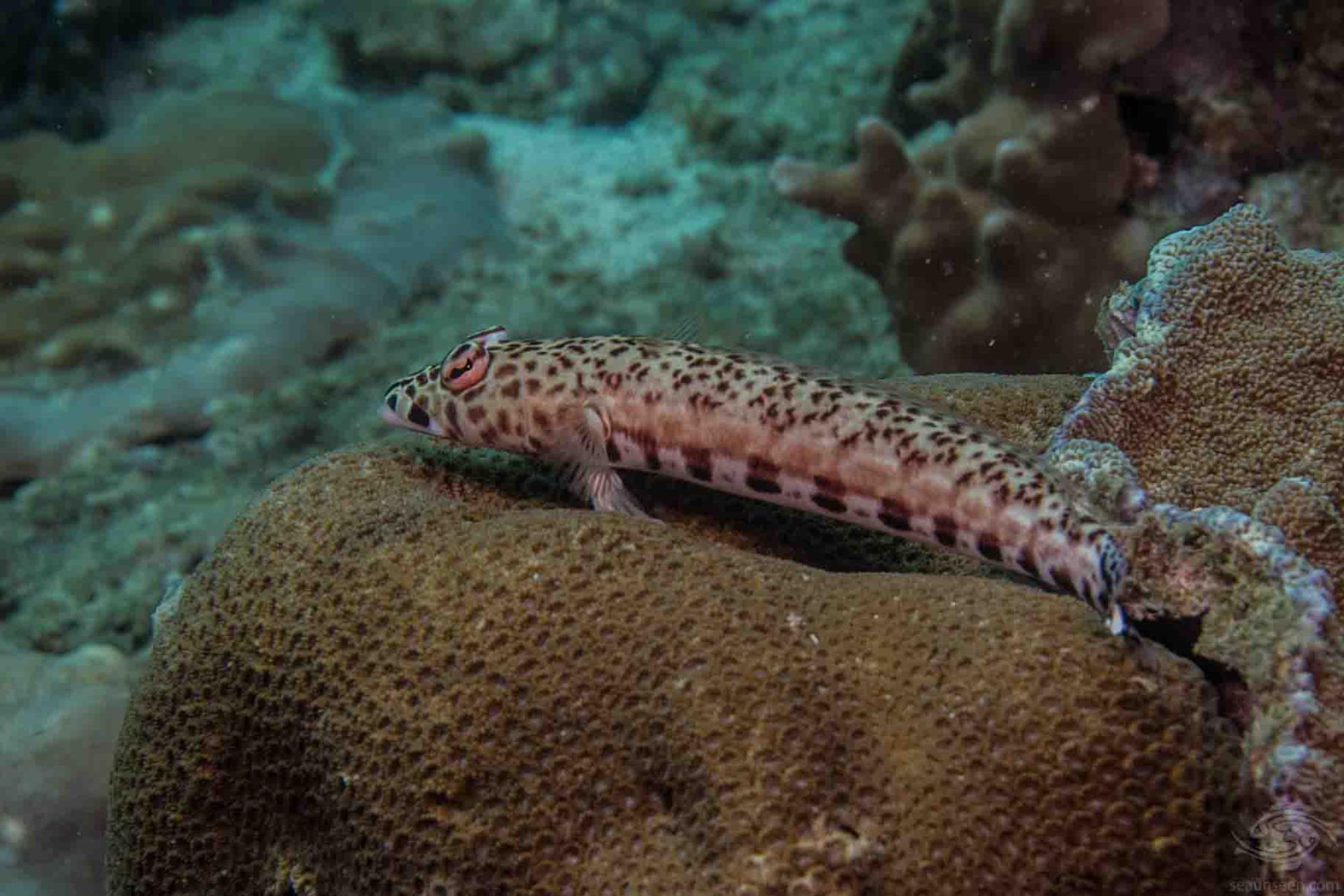 Blotchlip sandperch are ambush predators and are not commonly kept in aquariums.