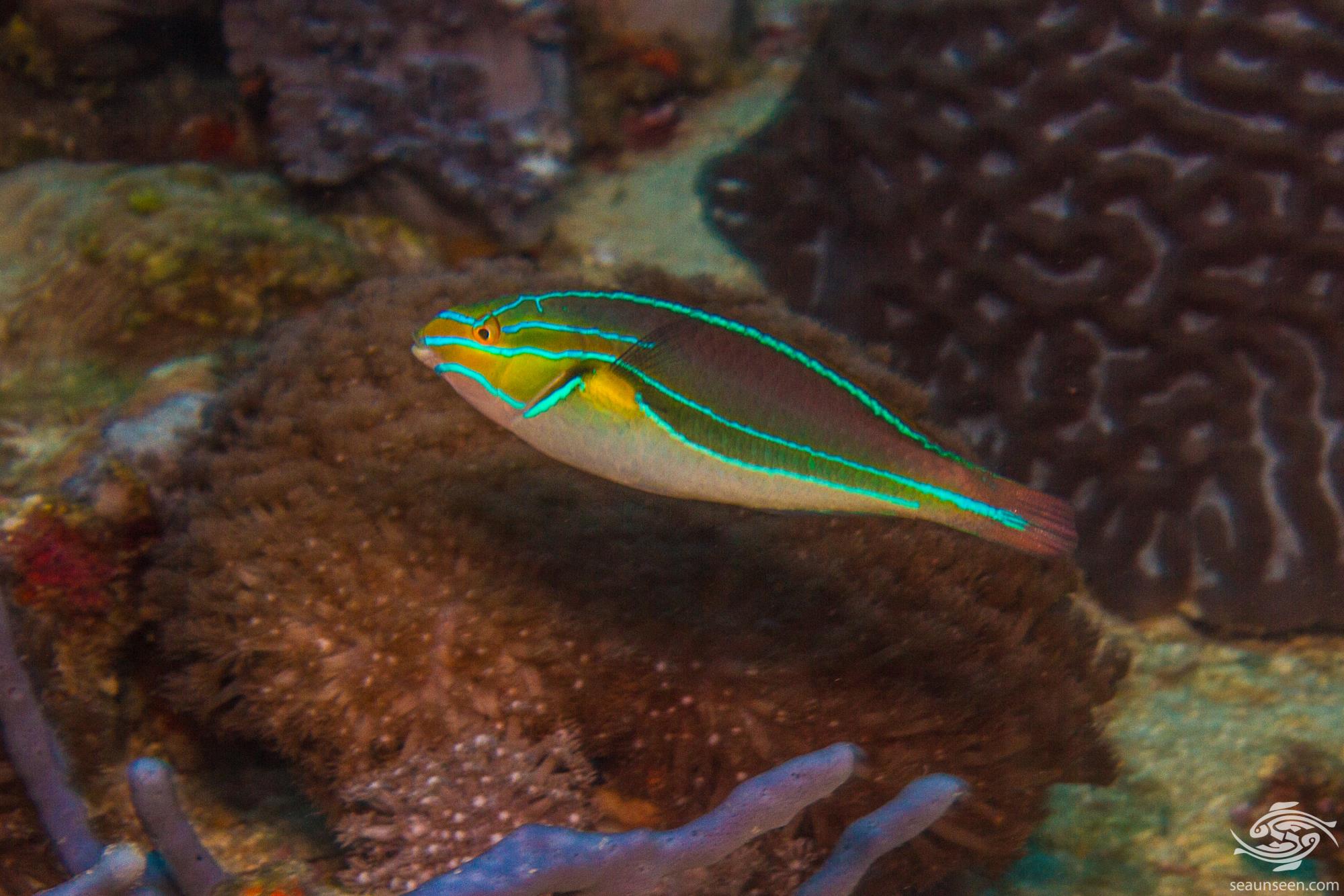 The Blue-Lined Wrasse ( Stethojulis albovittata ) is also known as the Rainbowfish. They are fairly common inhabitants of the reef tops in Tanzania and closely resemble the Red Shoulder Wrasse Stethojulis bandanensis which is found further to the east. 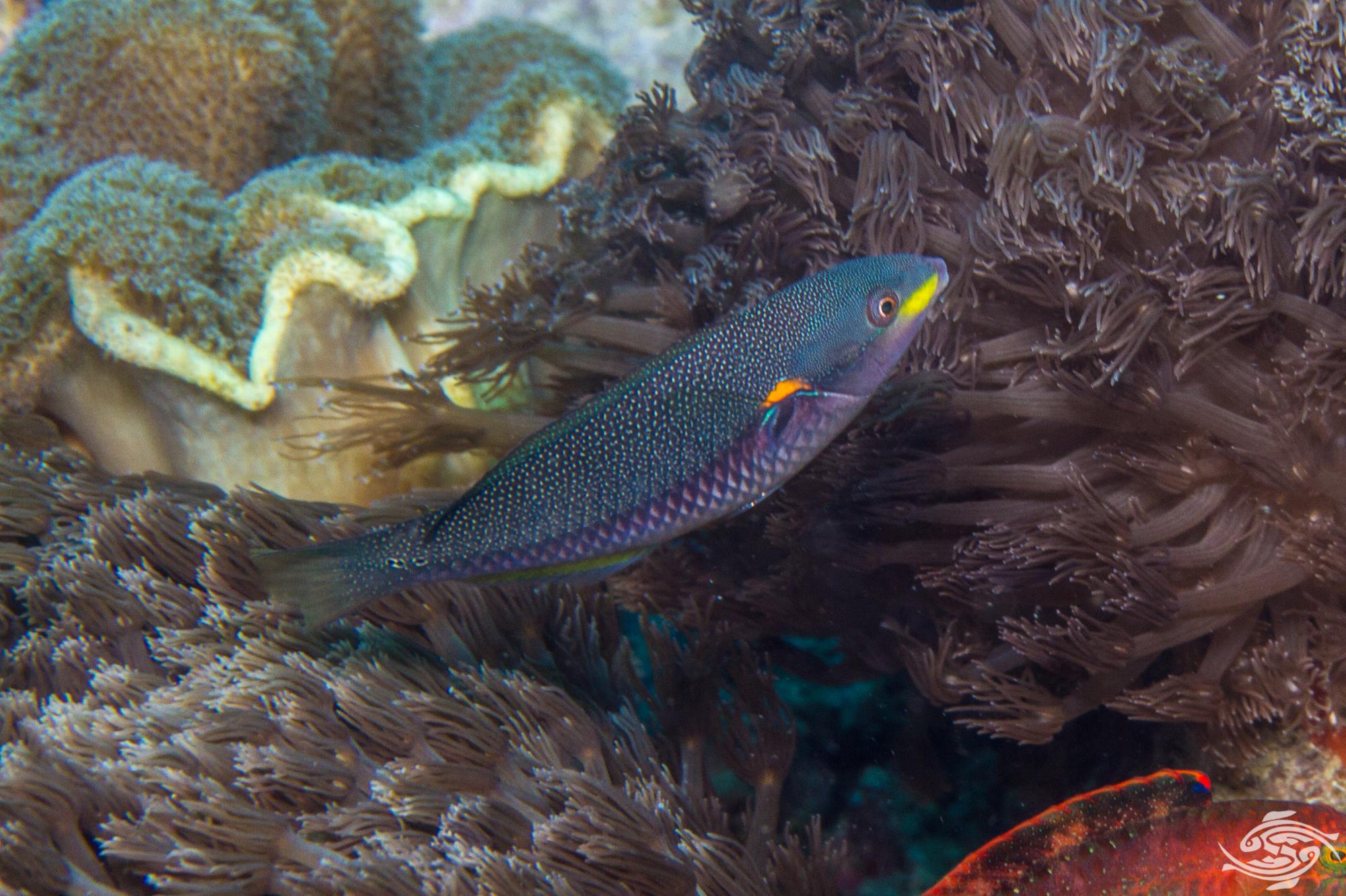 The adult female or initial phase as seen above has an elongated body with green-black upper body with small white dots on it. The lower body is a light purple colour and the scale edges have darker purple black markings. just behind the mouth there is a yellow stripe and above the pectoral fin there is a characteristic orange mark. In the caudal area there are often one or two but up to three white dots with a black center.

The terminal stage males as seen below are attractive looking fish and images do not really do them justice as they often have a blue tint to them that makes them stand out on the reef.  The lower body is a light white color and the mid body is a greenish color , changing to a brown red color on the upper body and caudal area. The body has four blue lines across it , with the one behind the eye being short and not going the full distance across the body.  There is a yellow mark on the pectoral fin base and the eye is ringed in yellow. They grow up to 15 cm in length. 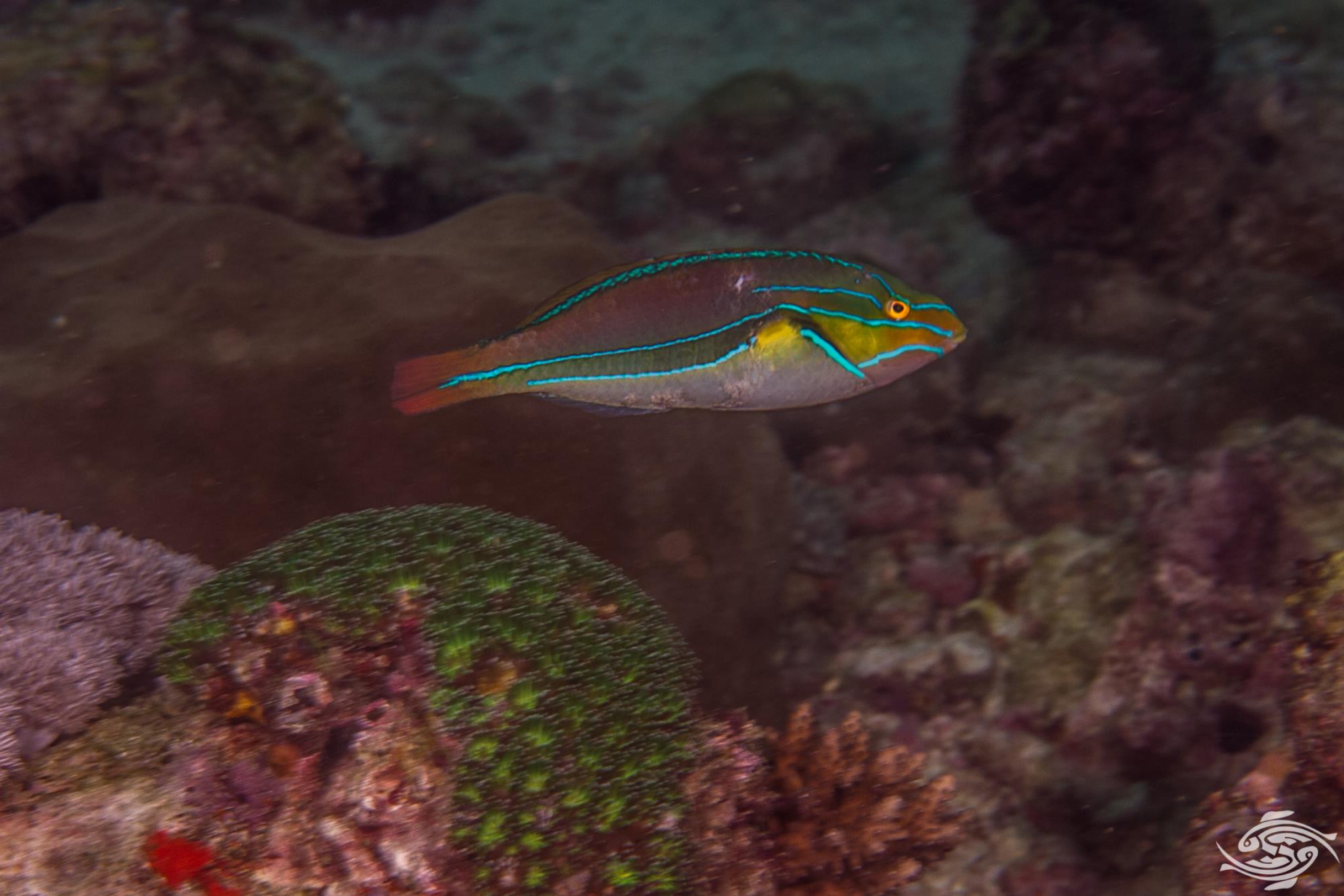 BLUE-LINED WRASSE IN THE WILD

The Blue-lined wrasse is fairly common on Tanzanian reefs between 10 and 18 meters. The females are usually in groups of two to three and often feed with other wrasse species and goatfish. They are quick to hide and if threatened will bury themselves in the sand.  The males are far more active and patrol the reef at quite high speeds. There are less males than females and from personal observation each male seems to have a large territory with several groups of females in it. They are constantly on the move and hardly seem to stop and feed. 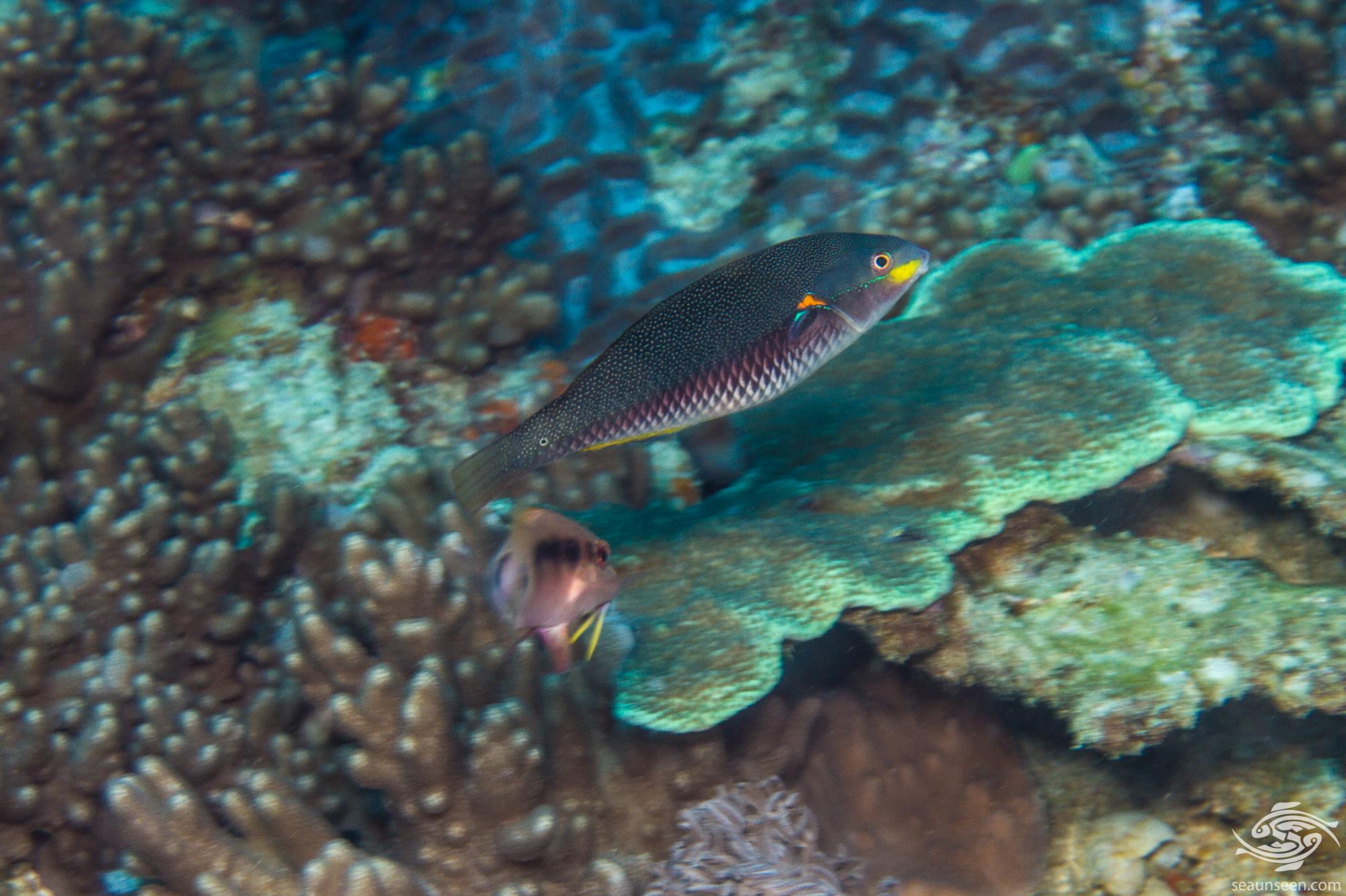 The Blue-lined wrasse is found from the East African coast across to the Chagos Islands, having a relatively small range. They are mainly seen on reef tops and rubble areas. They seem more common around the 12 to 15 meter range in Tanzania. 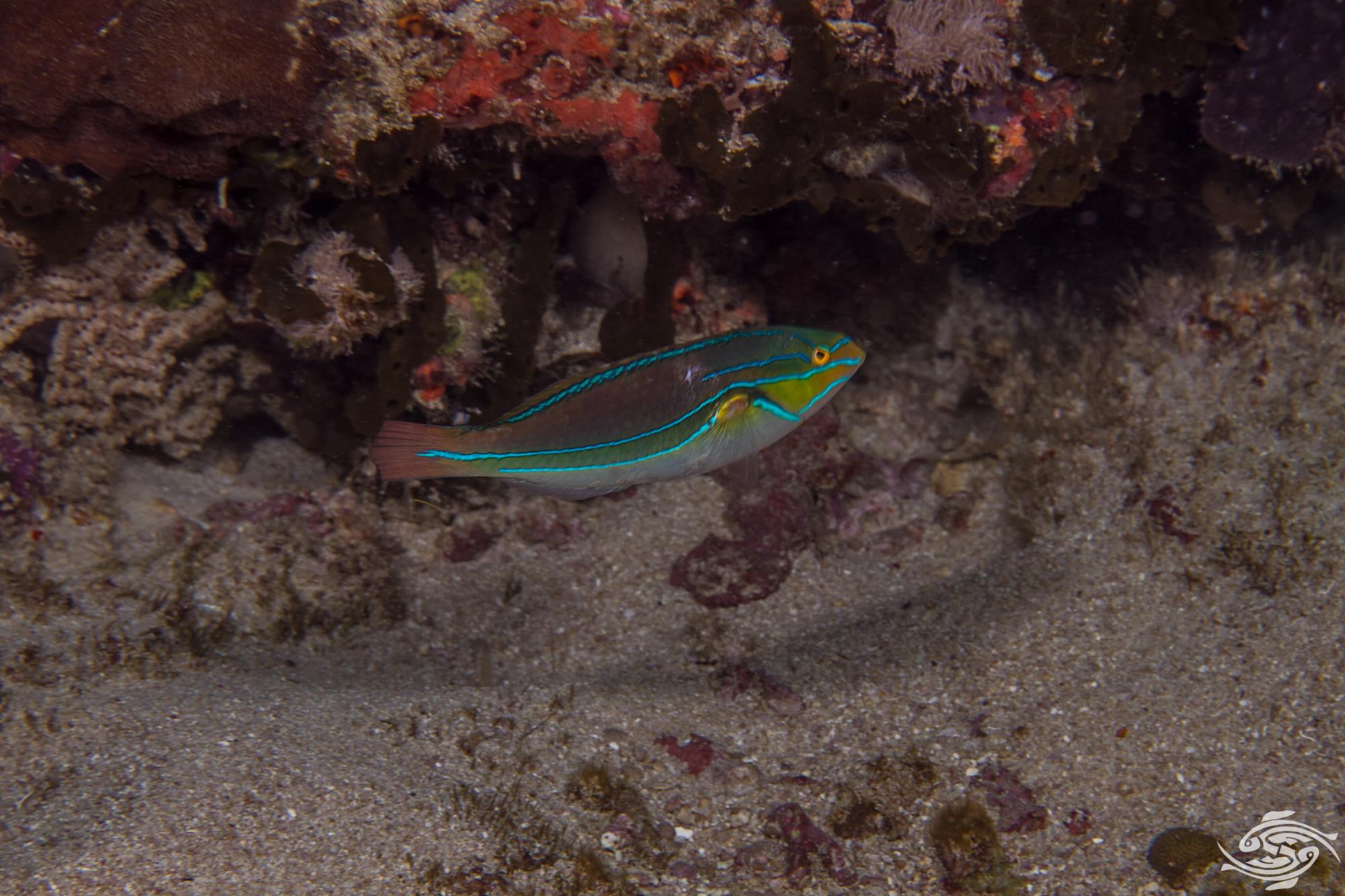 The Blue-lined Wrasse feeds on small crustaceans and mollusks. They sometimes usually feed on their own but will usually follow a shoal of goatfish and other wrasse species feeding across the reef. 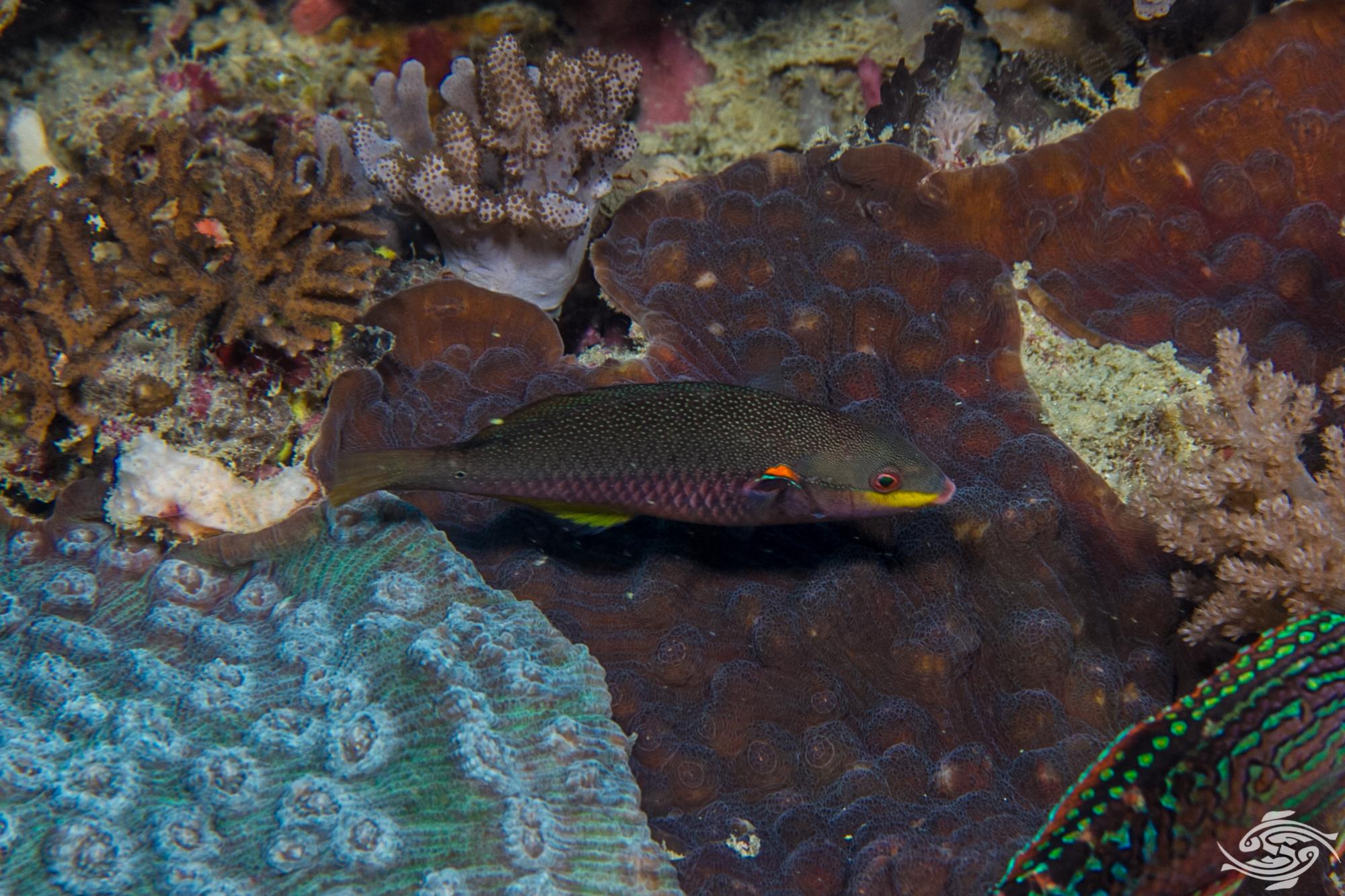 The males retain a harem and have several groups of females in their territories. Distinct pairing takes place. 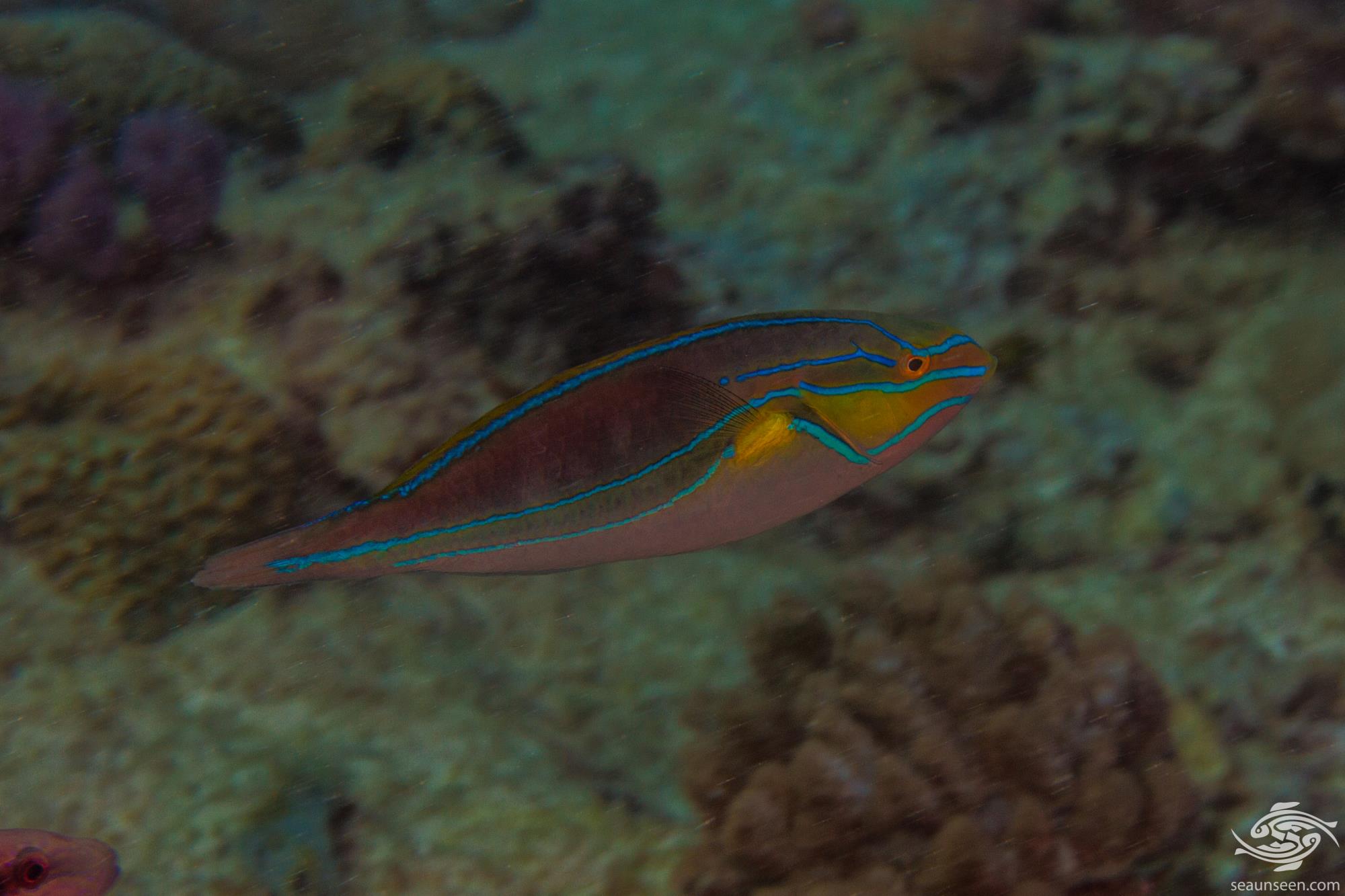 The Blue-Lined Wrasse are sometimes kept in aquariums but because of their range are not that well known.  A large tank with suitable tank mates would be necessary and it may be difficult to wean them onto prepared foods. A large well established tank with plenty of copepods and zooplankton would be preferable. They require plenty of swimming room and a thick base of sand to burrow into at night.  They will jump so the top should be secured. 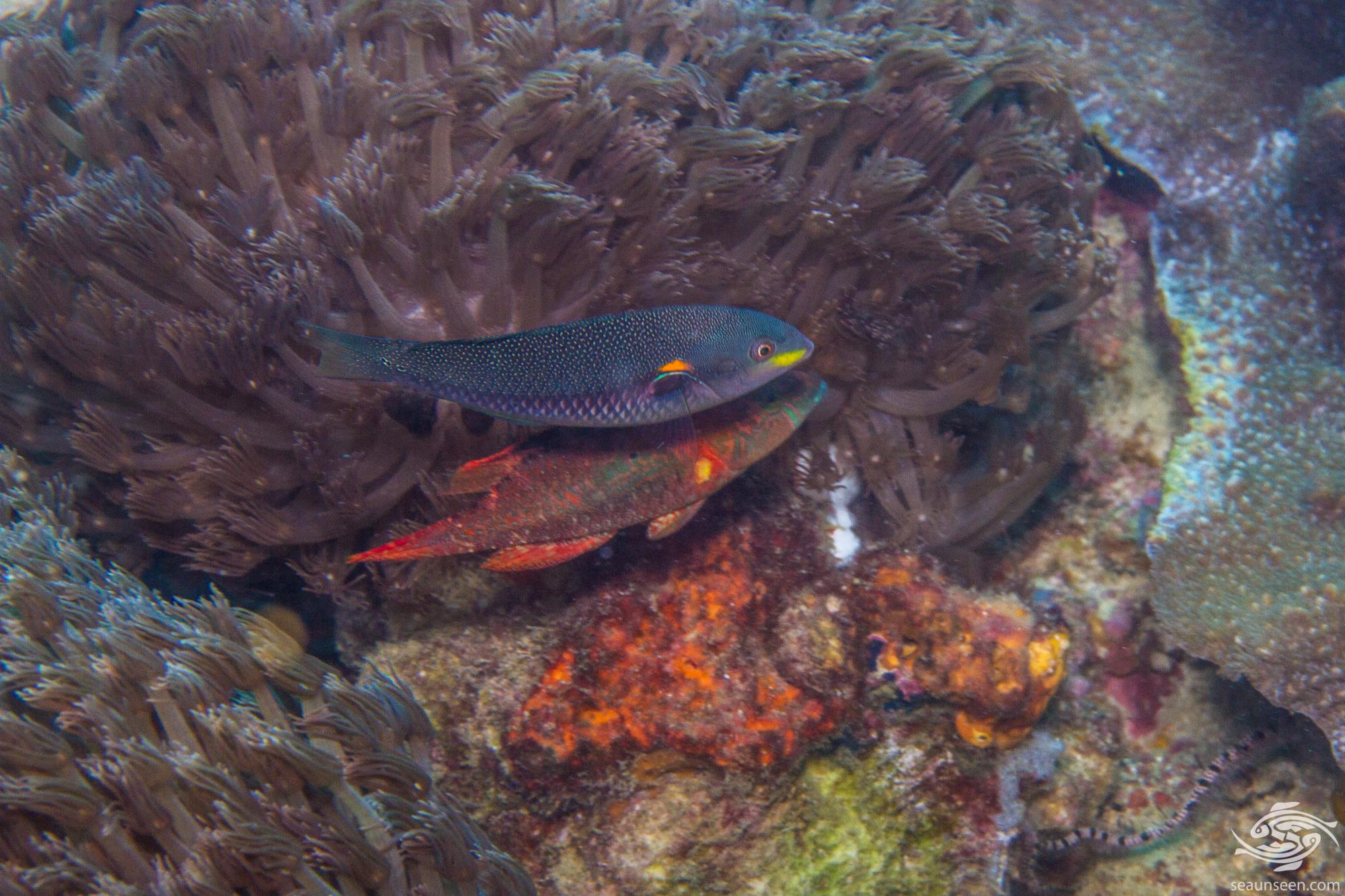