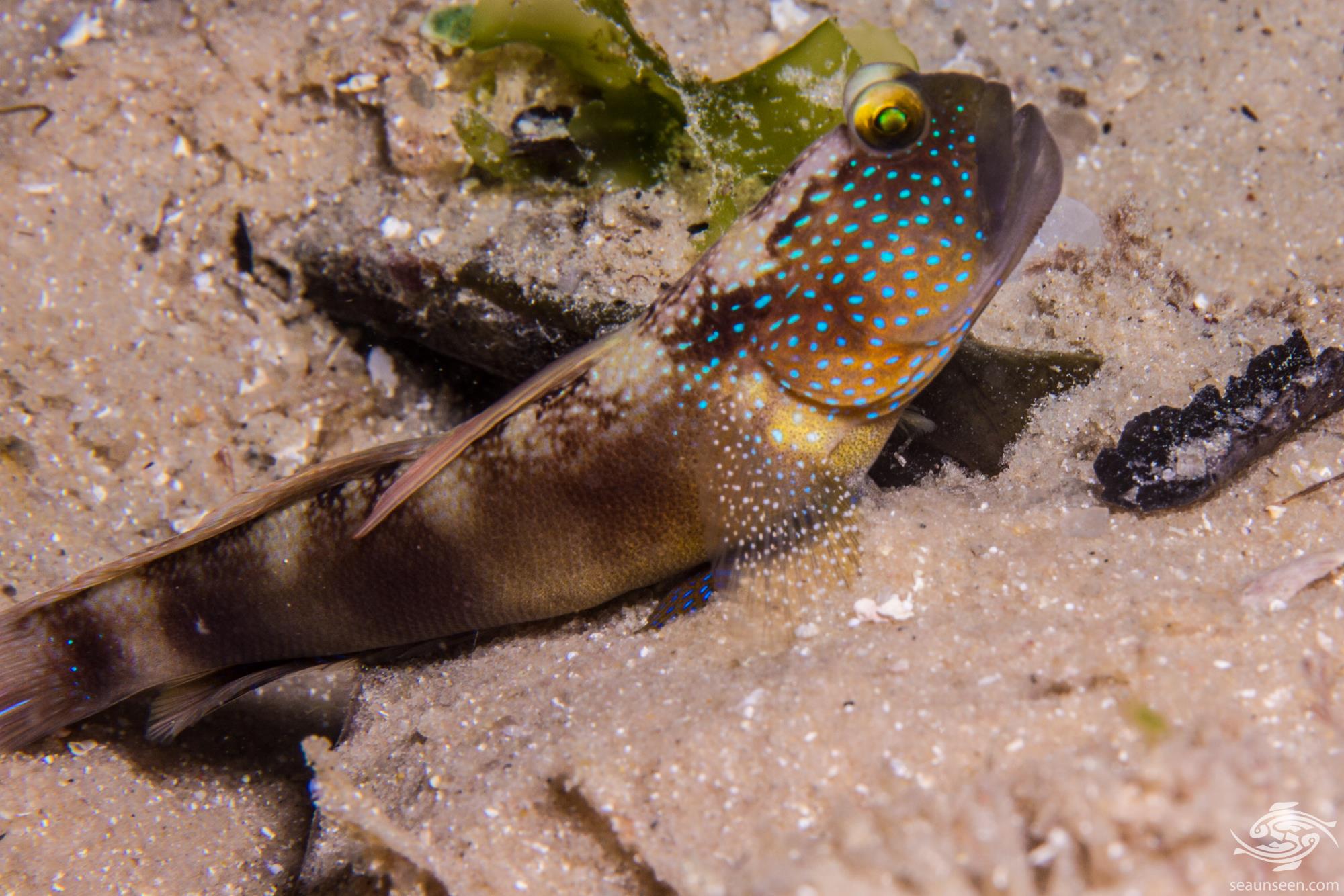 The shrimp constructs a burrow in the sand and both parties live in the burrow. The goby acts as a guard for the shrimp which has poor eye sight. Both species gain protection and more from this relationship making it a true symbiotic relationship.

The Bluelined Shrimp goby has a proportionally elongated body and large eyes on the top of their head giving them a good field of vision. The base body colour is a light brown colour and there are several dark brown colored bars on the body. On most specimens there is a light brown patch on the head behind the eyes. 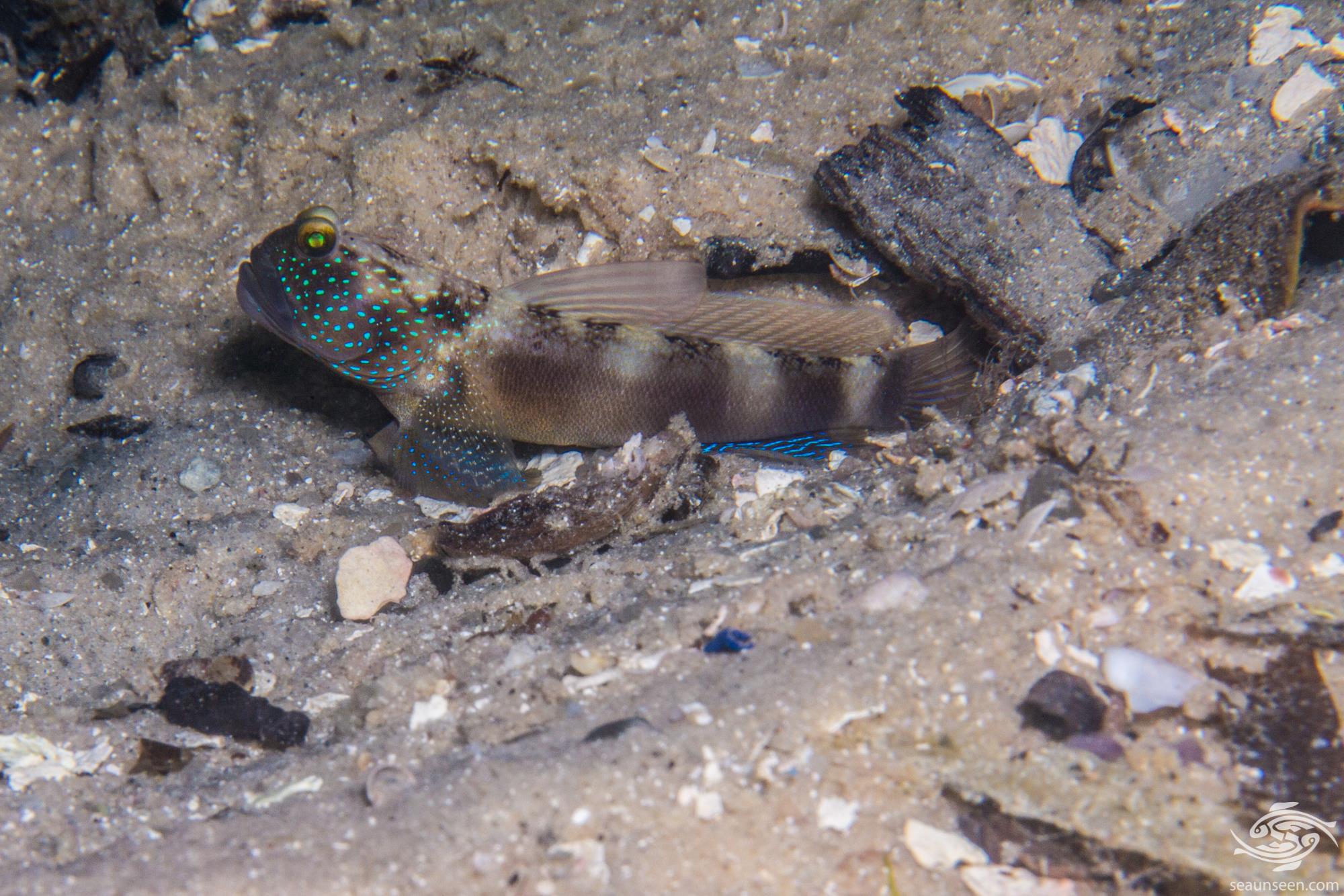 BLUELINED SHRIMP GOBY IN THE WILD

There seems to be little literature on this particular species of Goby. In Tanzanian waters they are common in silty protected areas from 5 meters downwards to at least 10 meters. They are shy fish and are quick to dart into their burrows.

The best way to observe these fascinating fish in the wild is late in the afternoon just before dark. If one approaches the burrows very carefully and doesn’t breathe out too hard, with a camera with video lights on it the fish seem to ignore one.

The fish and the shrimp remain in physical contact with each other for most of the time, with the gobies tail almost constantly in touch with the shrimp. If one moves while the shrimp is out the burrow the gobies gives its tail a fast flick and both shoot down the burrow at quite some speed. If one waits the goby will eventually stick its head out the burrow and when it feels safe will partially emerge again. 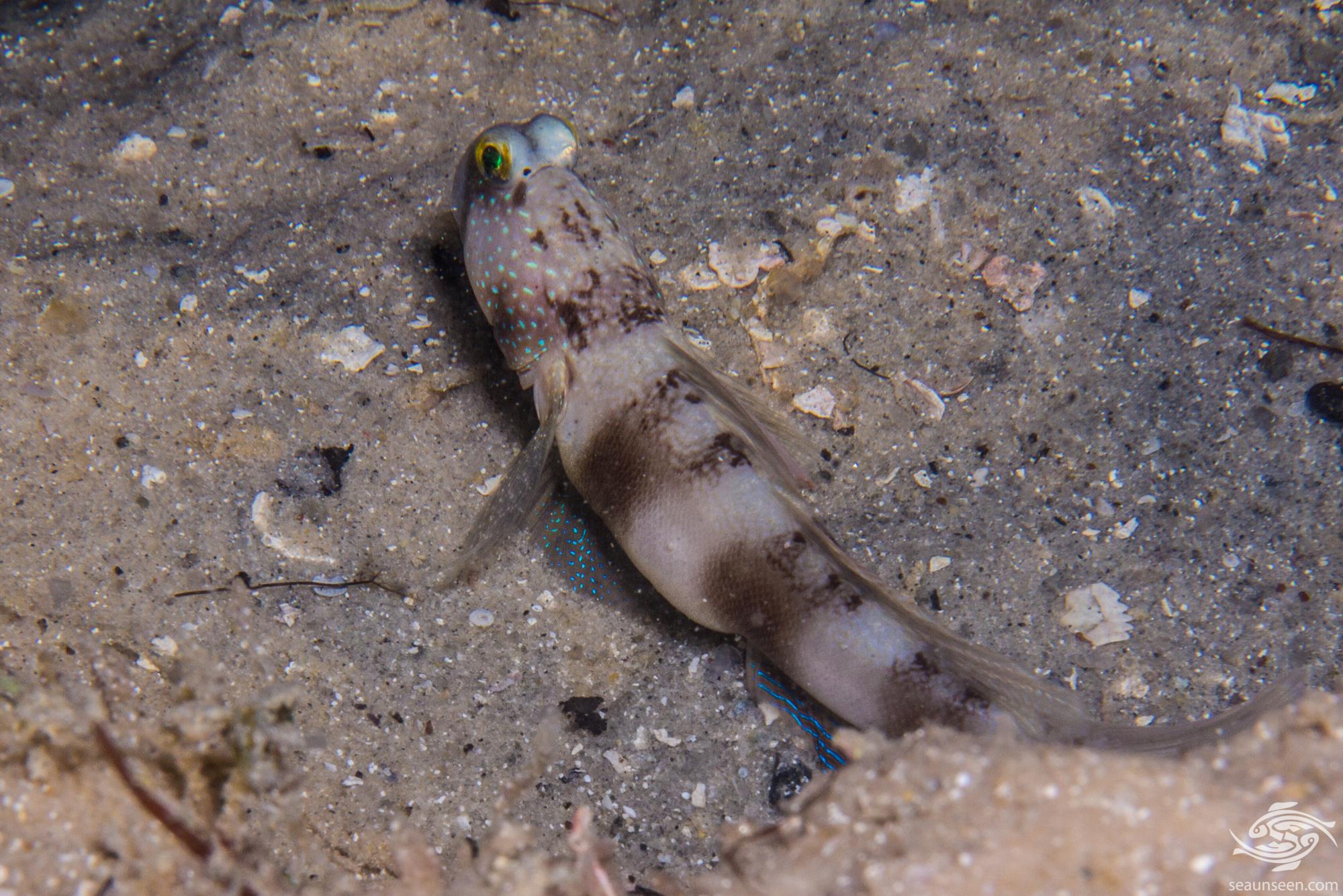 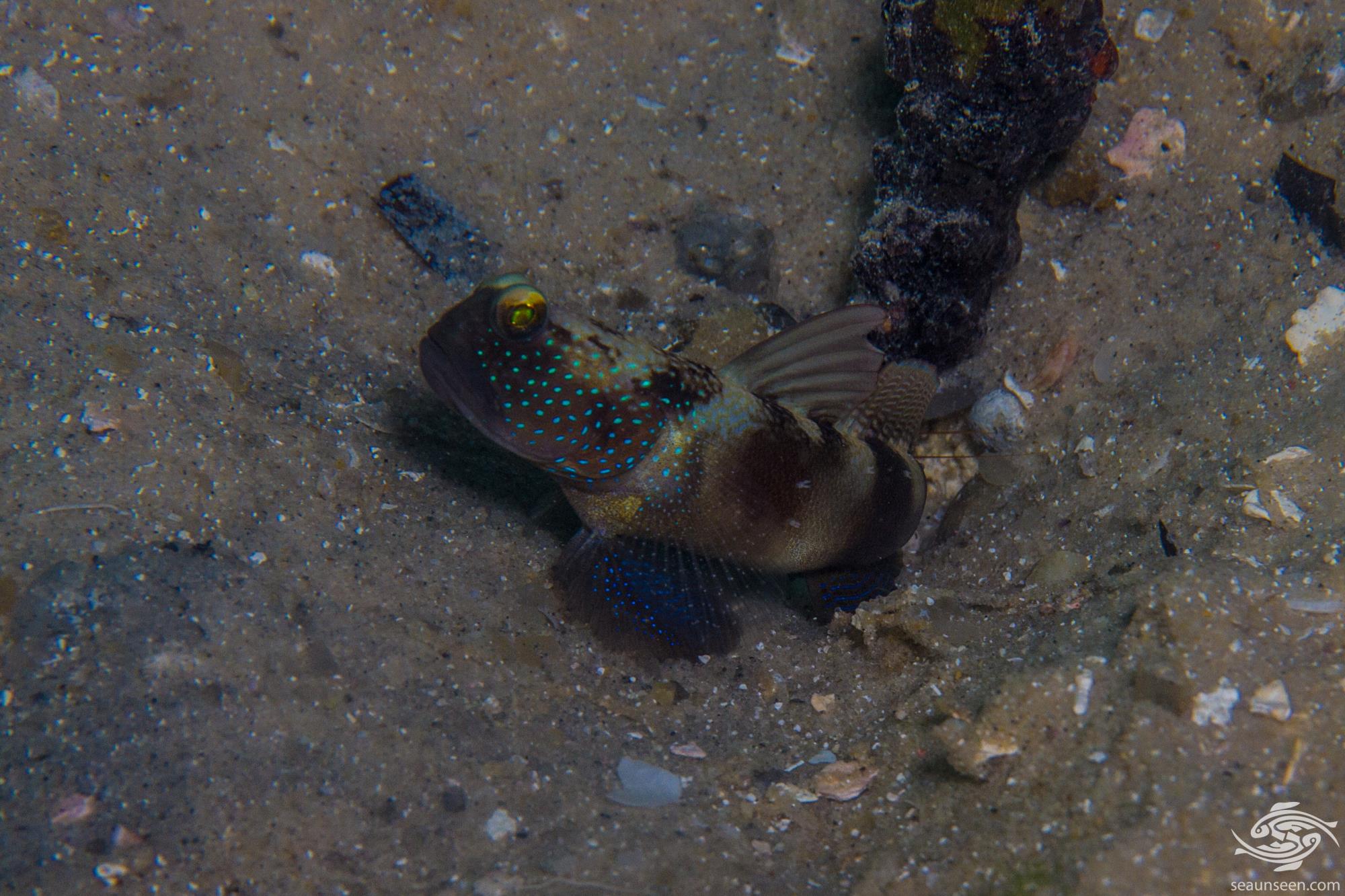 The Bluelined Shrimp goby is found across the Indo west Pacific area from East Africa to Southern Japan, south to the Great Barrier Reef.  They seem more common in silty areas. 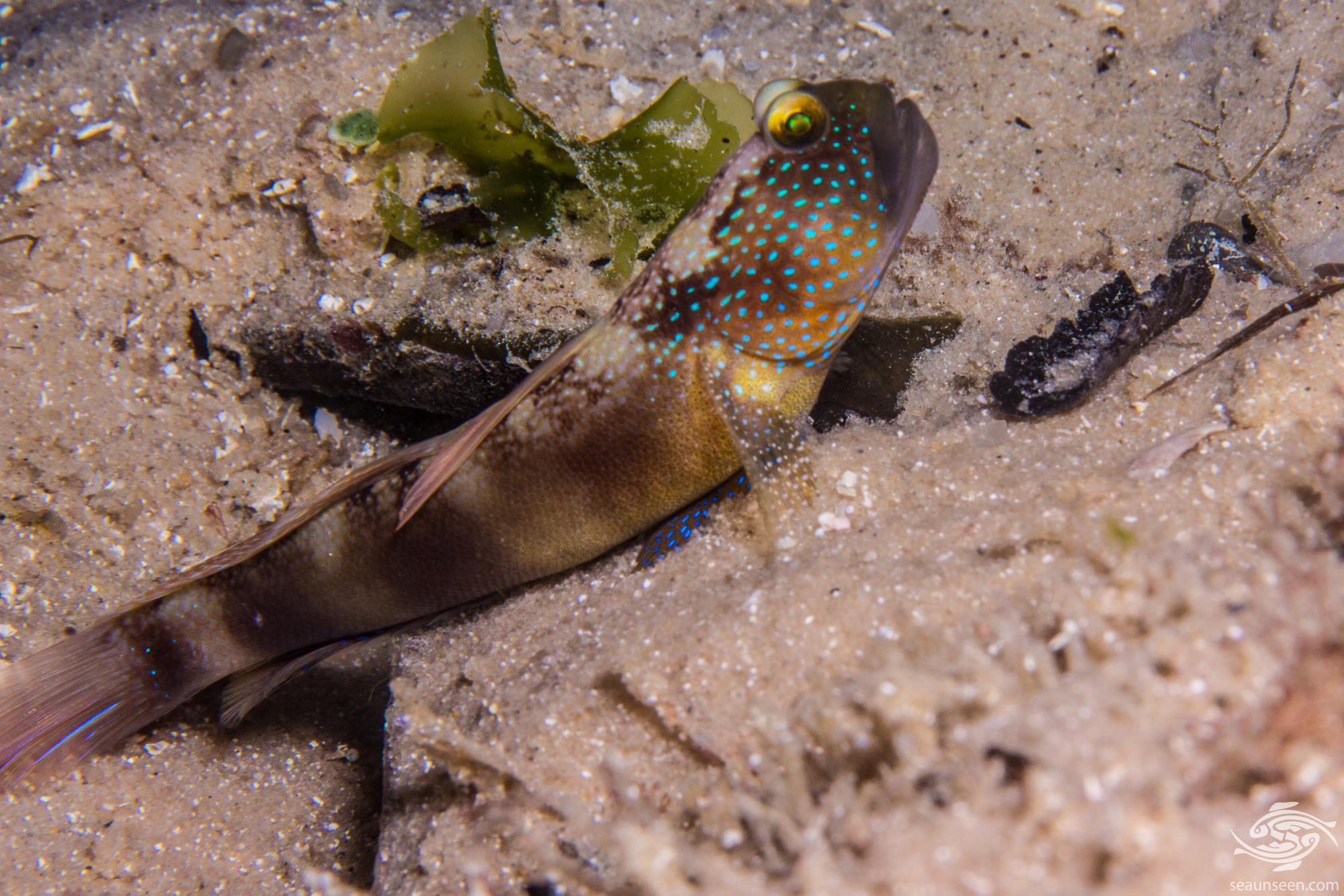 The Bluelined Shrimp goby feed on planktonic matter passing by their burrows. They have also been observed leaving their burrows and feeding on benthic organisms in the sea grass. 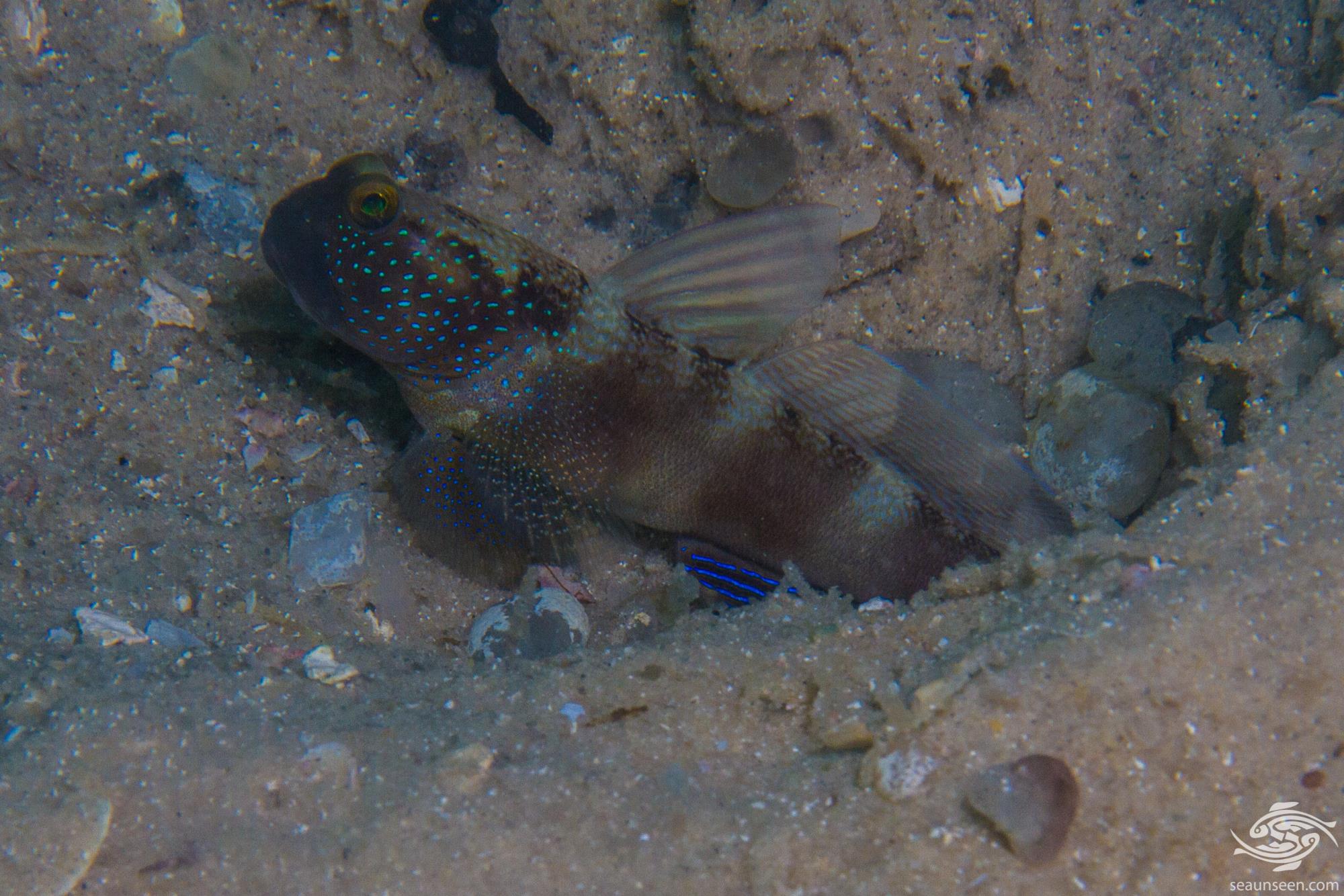 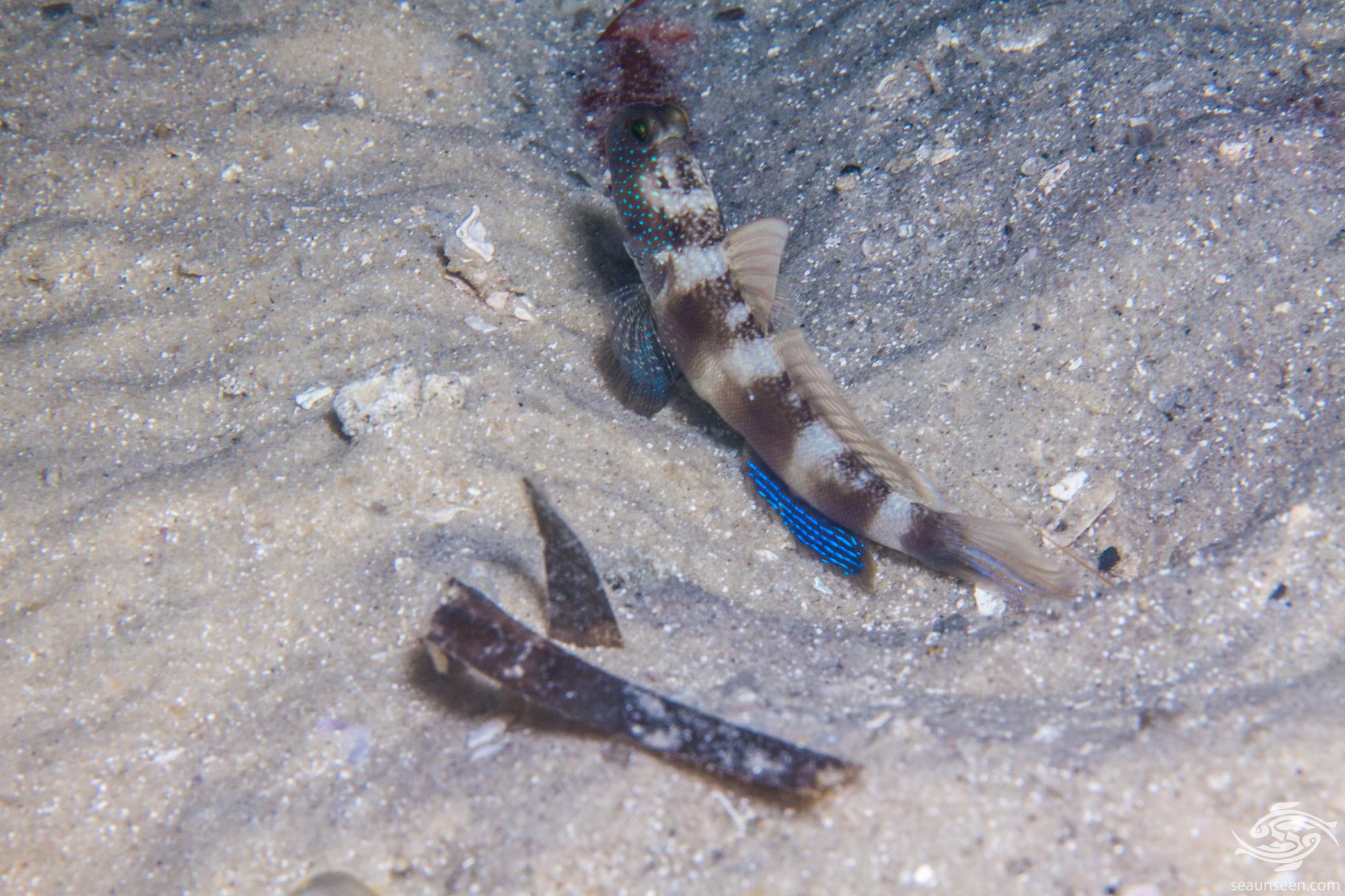