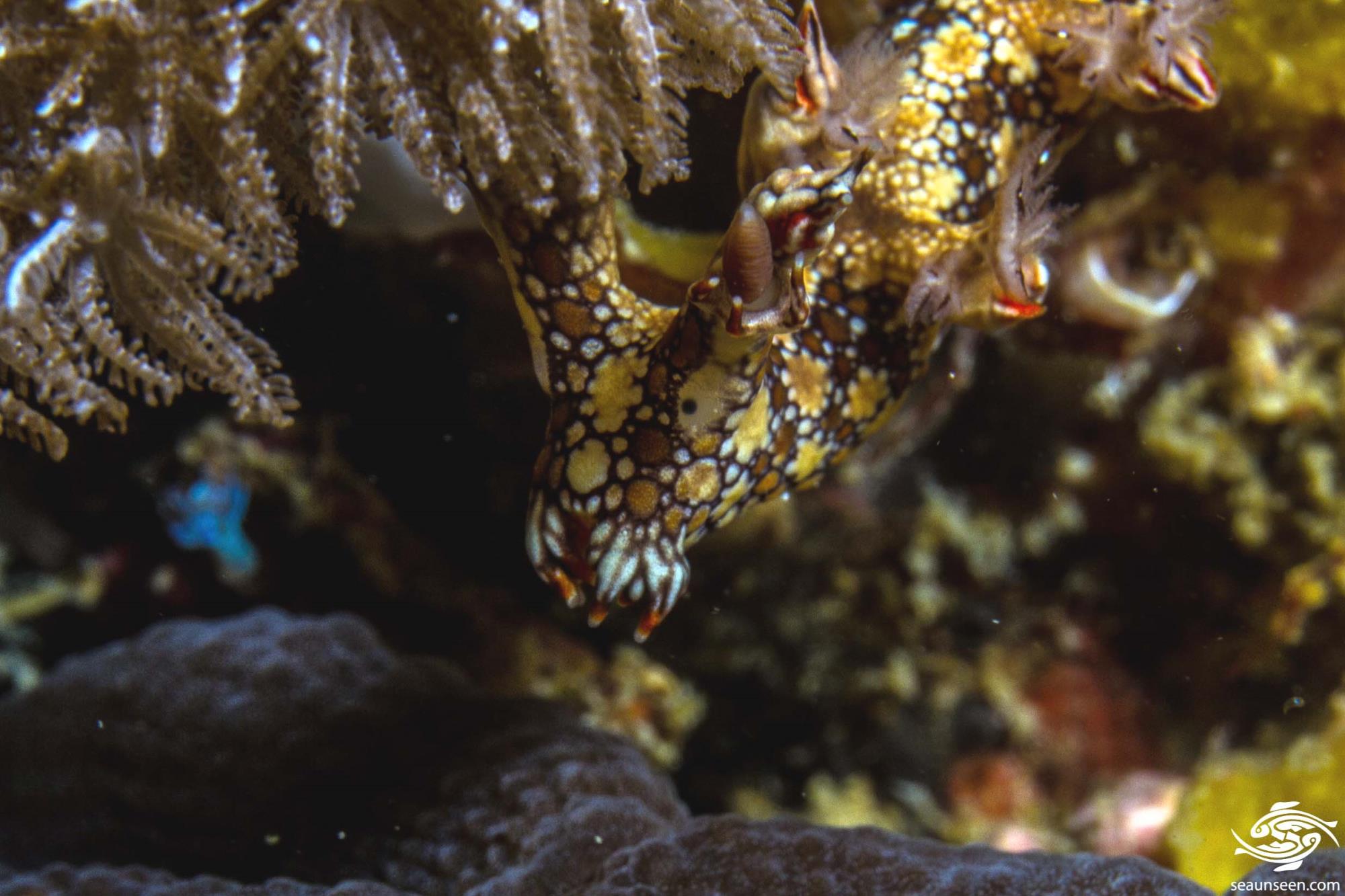 The Bornella anguilla is also known as the Snakey Nudibranch. As with other nudibranchs, they are shell-less marine gastropod mollusks. To make up for the lack of protection from not having a shell, they are often highly poisonous.

They are rare in Tanzanian waters and we have sighted only five specimens on several hundred dives. They derive their name anguilla, meaning eel, from their ability to swim by undulating their body. They were first discovered by Scott Johnson on Kwajalein Atoll in the Republic of the Marshall Islands in 1985. 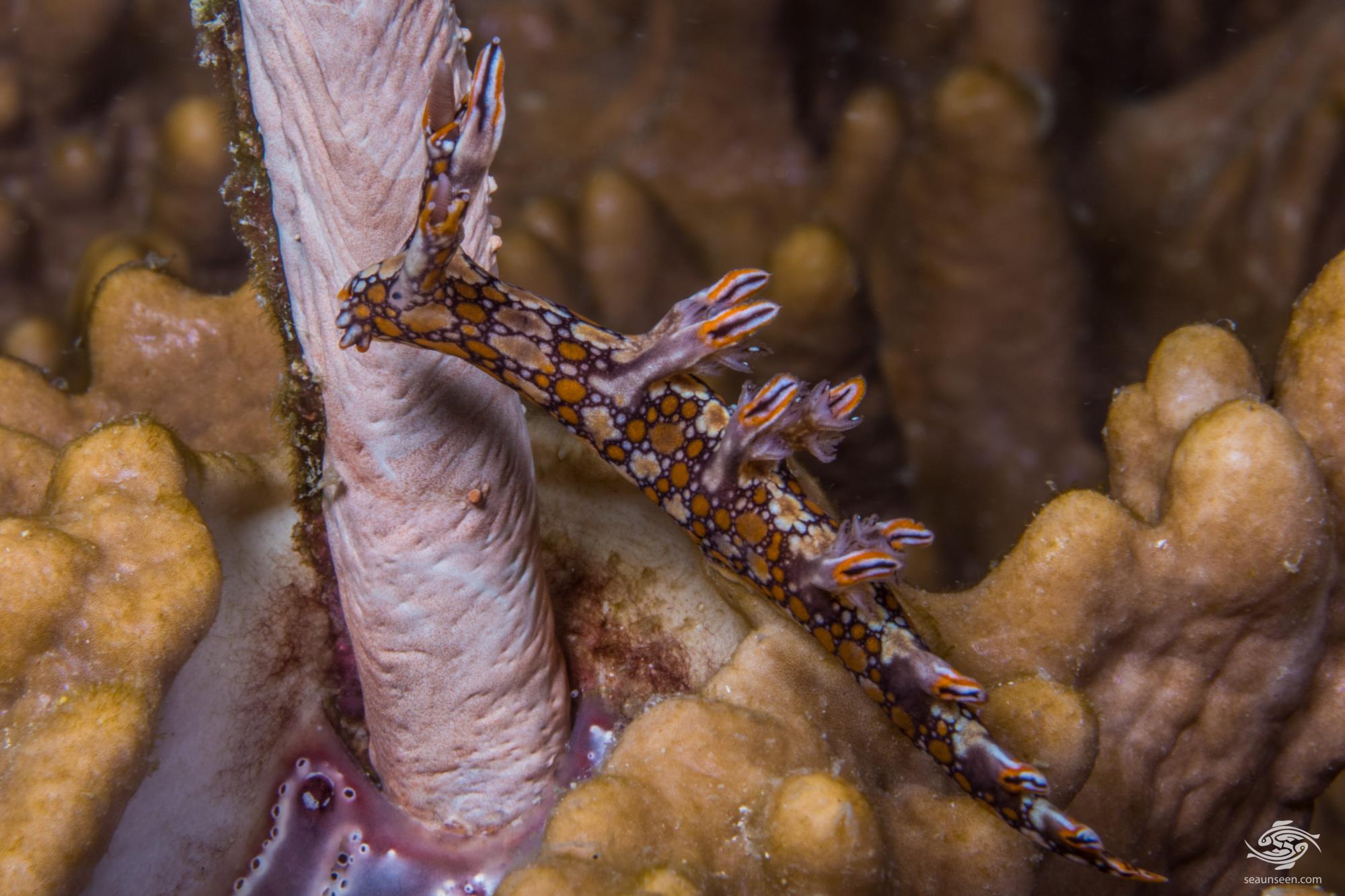 They are a fairly small species of nudibranch growing up to 70 mm. The body is long and thin with a series of paired appendages known as penial spines with gills on, running back along the body. Some specimens seem to have five of these paired appendages and others have seven.  When swimming the tops of the appendages appear to fold shut and have a red colour.

The rhinopores are situated on the top of the first pair of appendages and can be covered when swimming and uncovered when needed. The exposed rhinopores can be seen in the first image in the post.  The overall coloration is a mosaic of various sized brown white and yellow circles forming intricate floral patterns. Around the mouth there are a series of small tentacle’s. 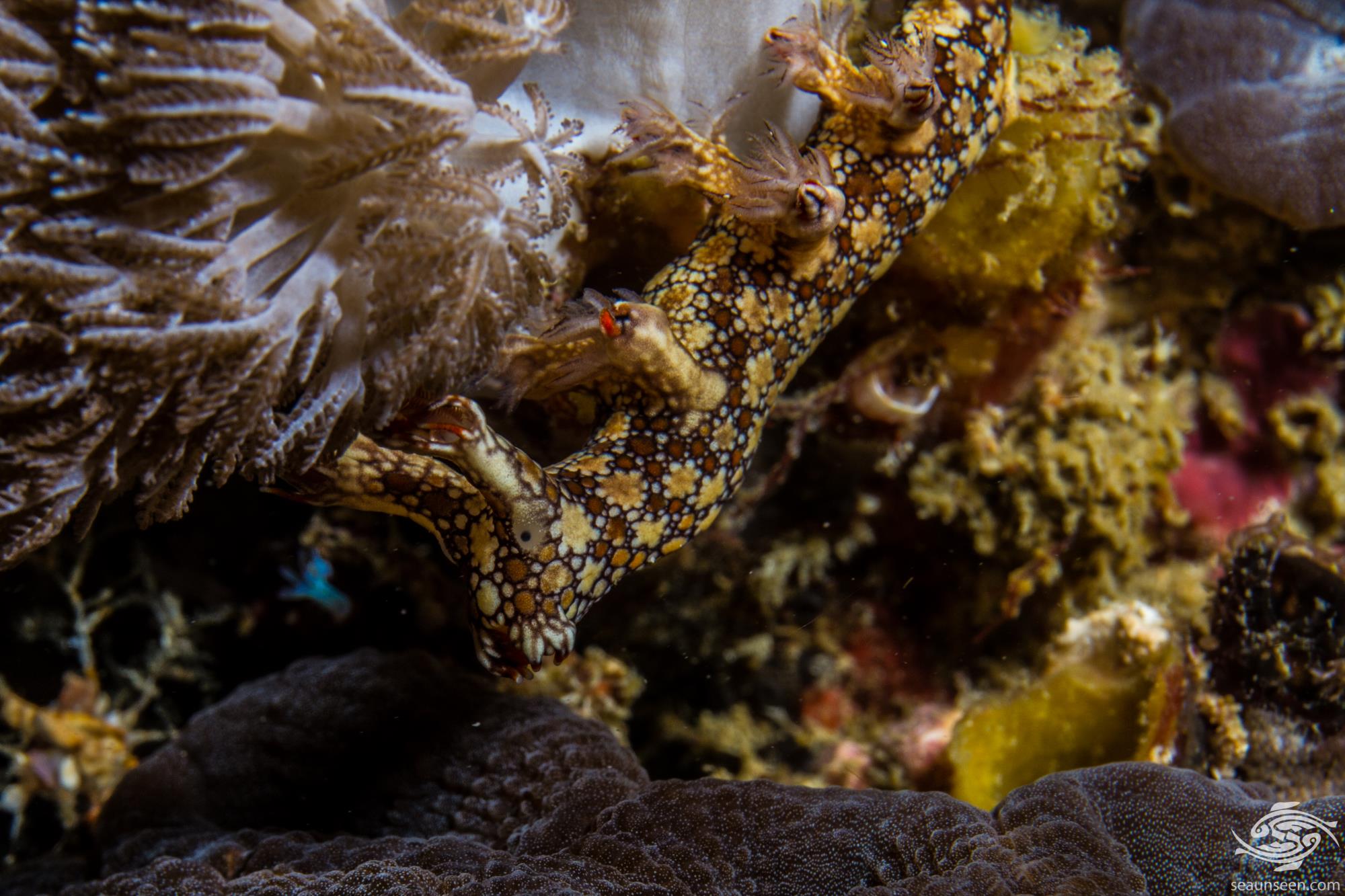 BORNELLA ANGUILLA IN THE WILD

Bornella anguilla are rare and are not commonly seen in Tanzania. We have seen five on several hundred dives. With the first one I saw,  I initially thought it was a juvenile Rockmover wrasse swimming between the corals. While photographing it, I realized that it was a Nudibranch. It turned and swam towards me and then turned and swam down and hid under a soft coral.

I know they are not supposed to have eyes per se, but after seeing it navigating between the corals and heading for a piece of soft coral to hide under this is hard to believe. From what I saw I assume they can at least see outlines because it did a fair amount of swimming around and never hit anything. The second one was stationary and the third one was swimming.  After having seen three swimming, it is very hard to believe that they do not have good eyesight. 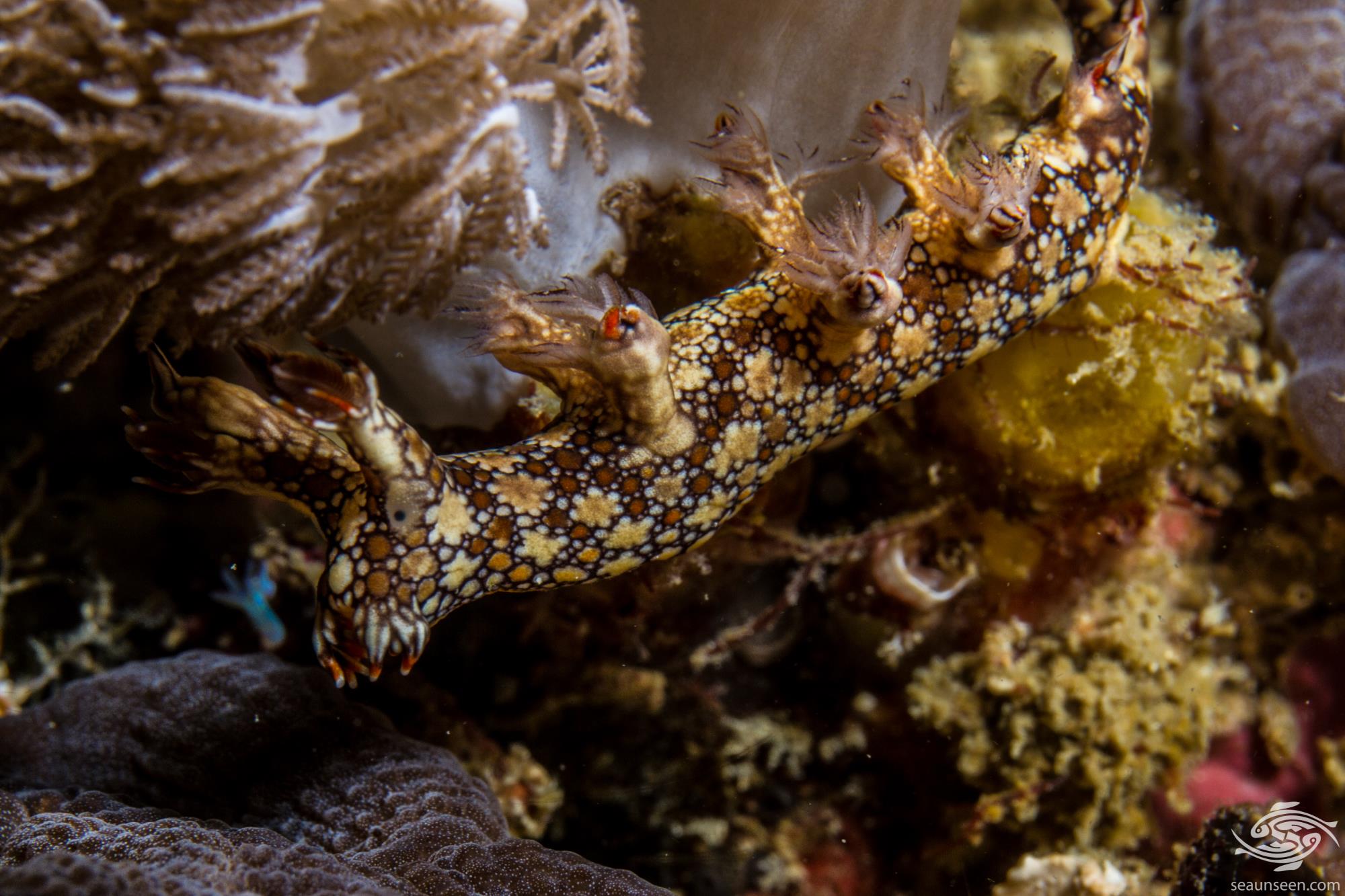 Bornella anguilla is distributed across the Indo-Pacific from the East Coast of Africa across to Hawaii. 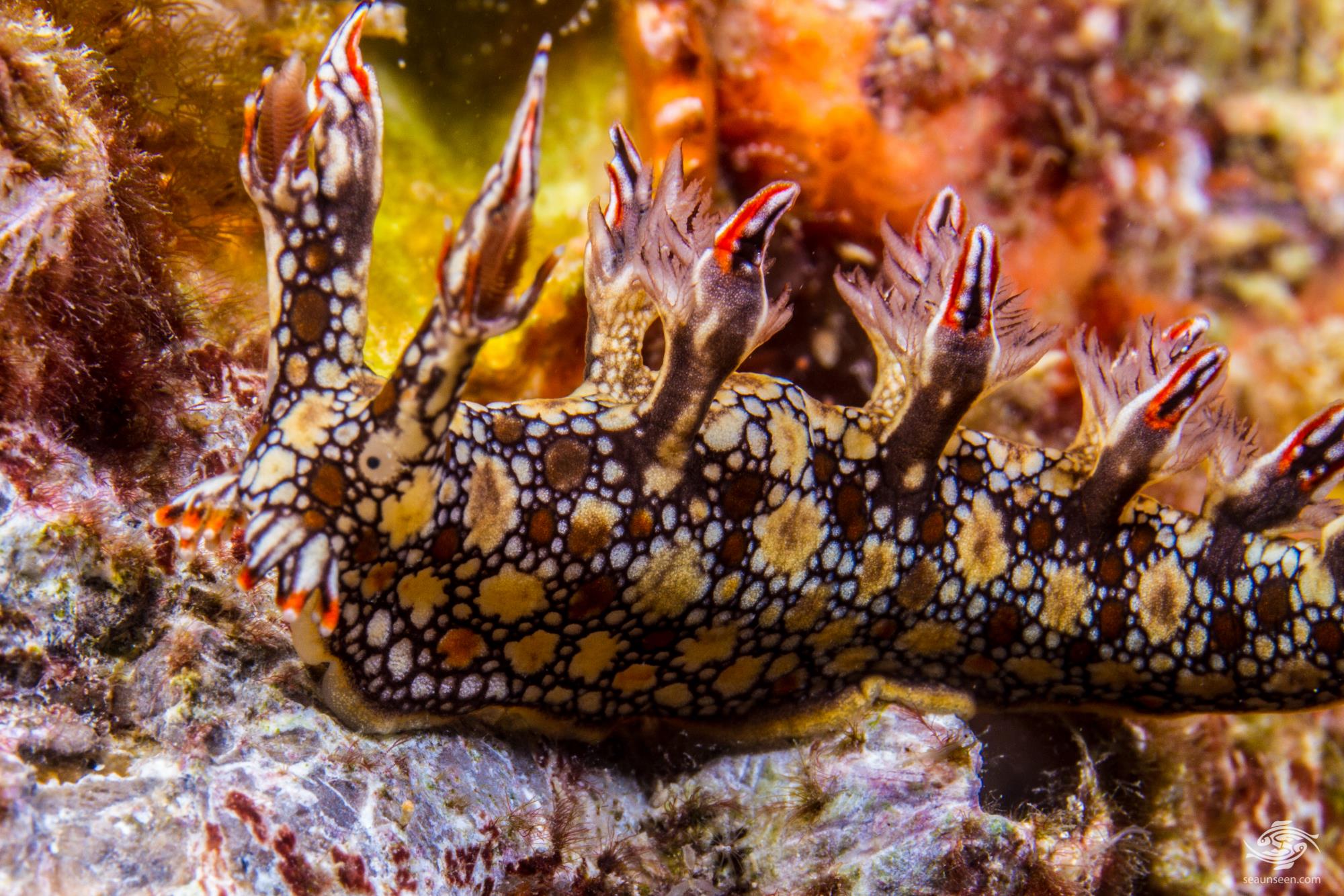 Bornella anguilla feed exclusively on hydroids. They may absorb stinging cells from the hydroids, which would provide them with protection against predators. 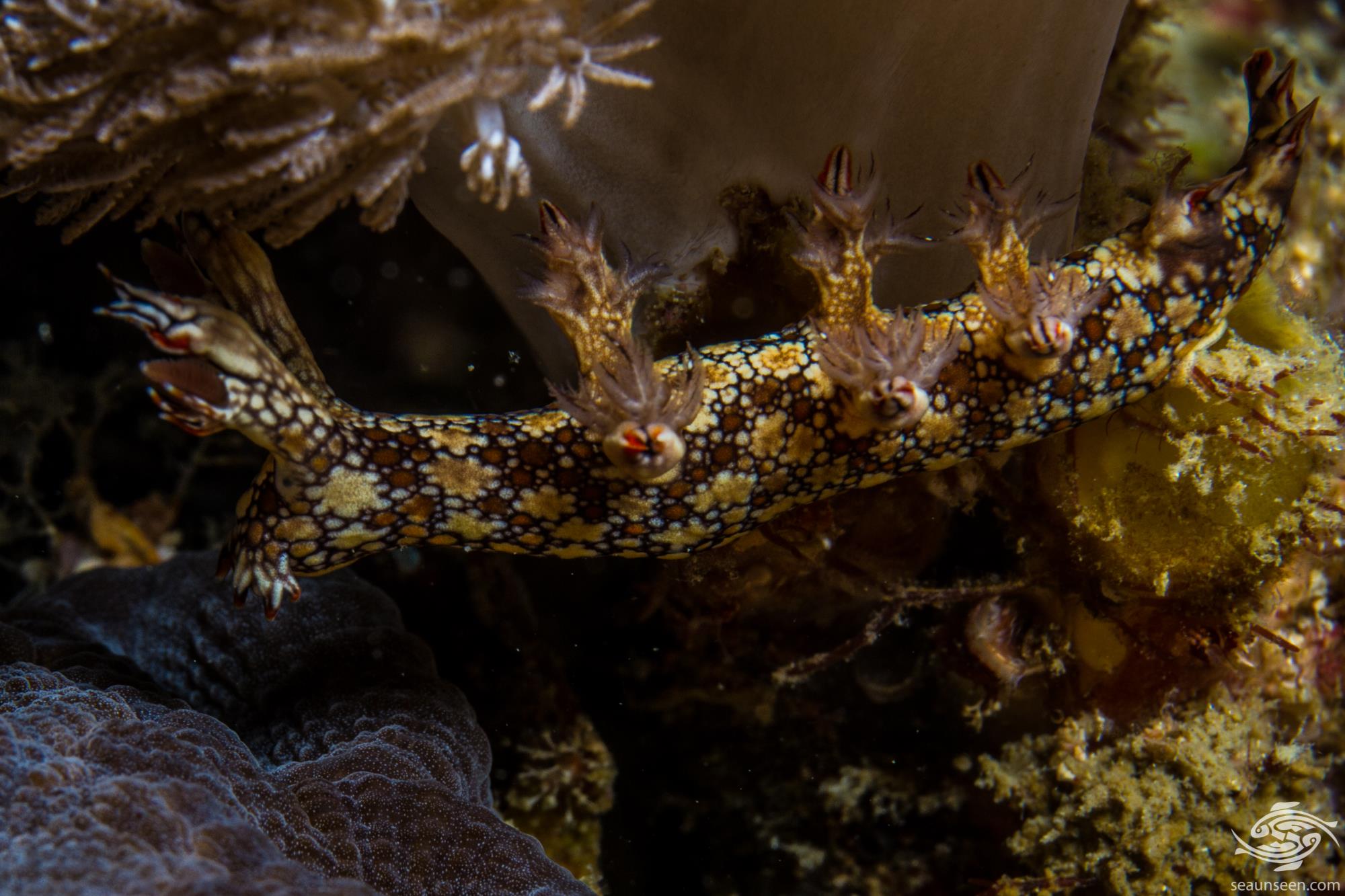 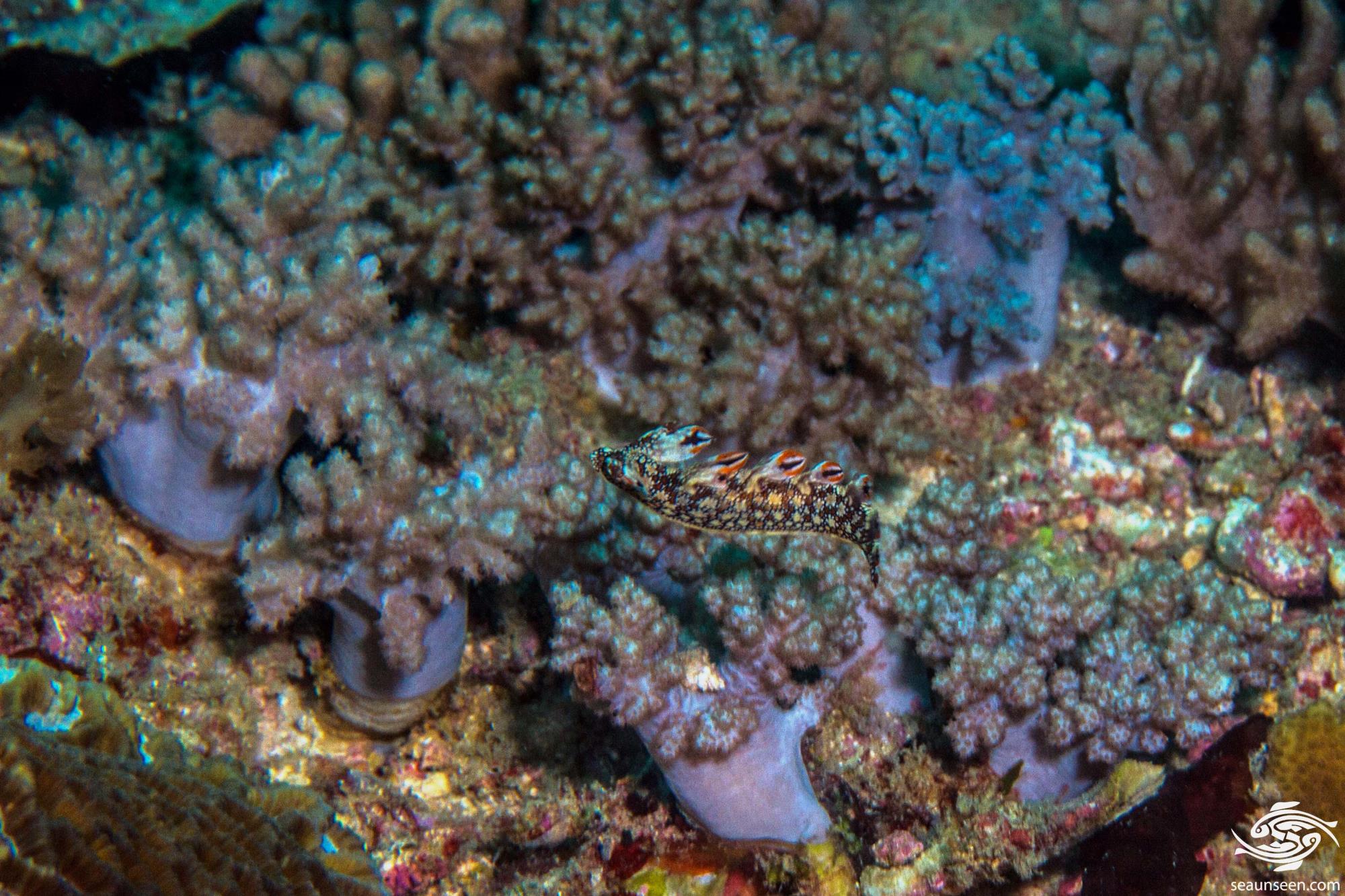