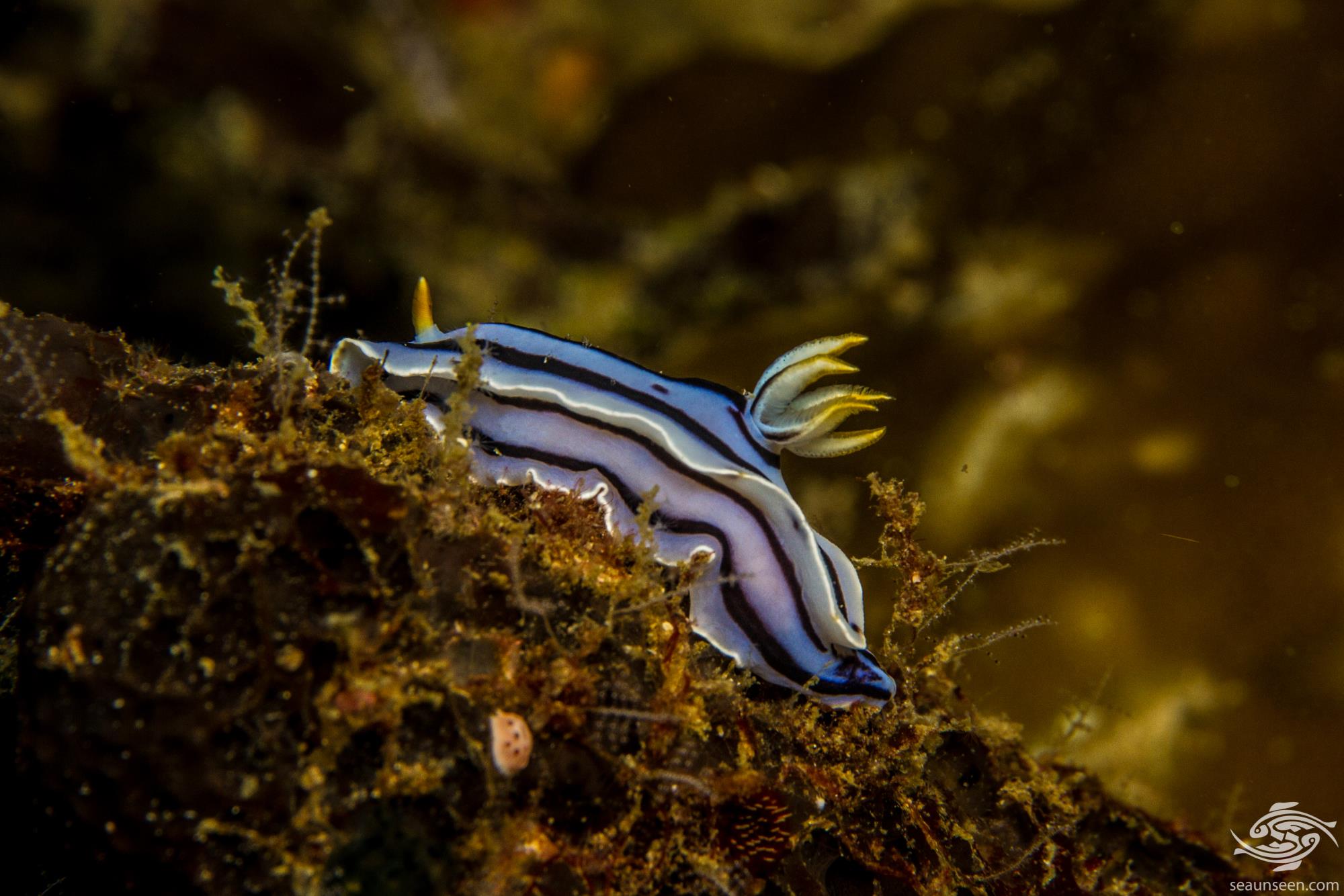 It should be noted that in 2019 Chromodoris boucheti was synonymized with Chromodoris lochi after DNA tests were done. 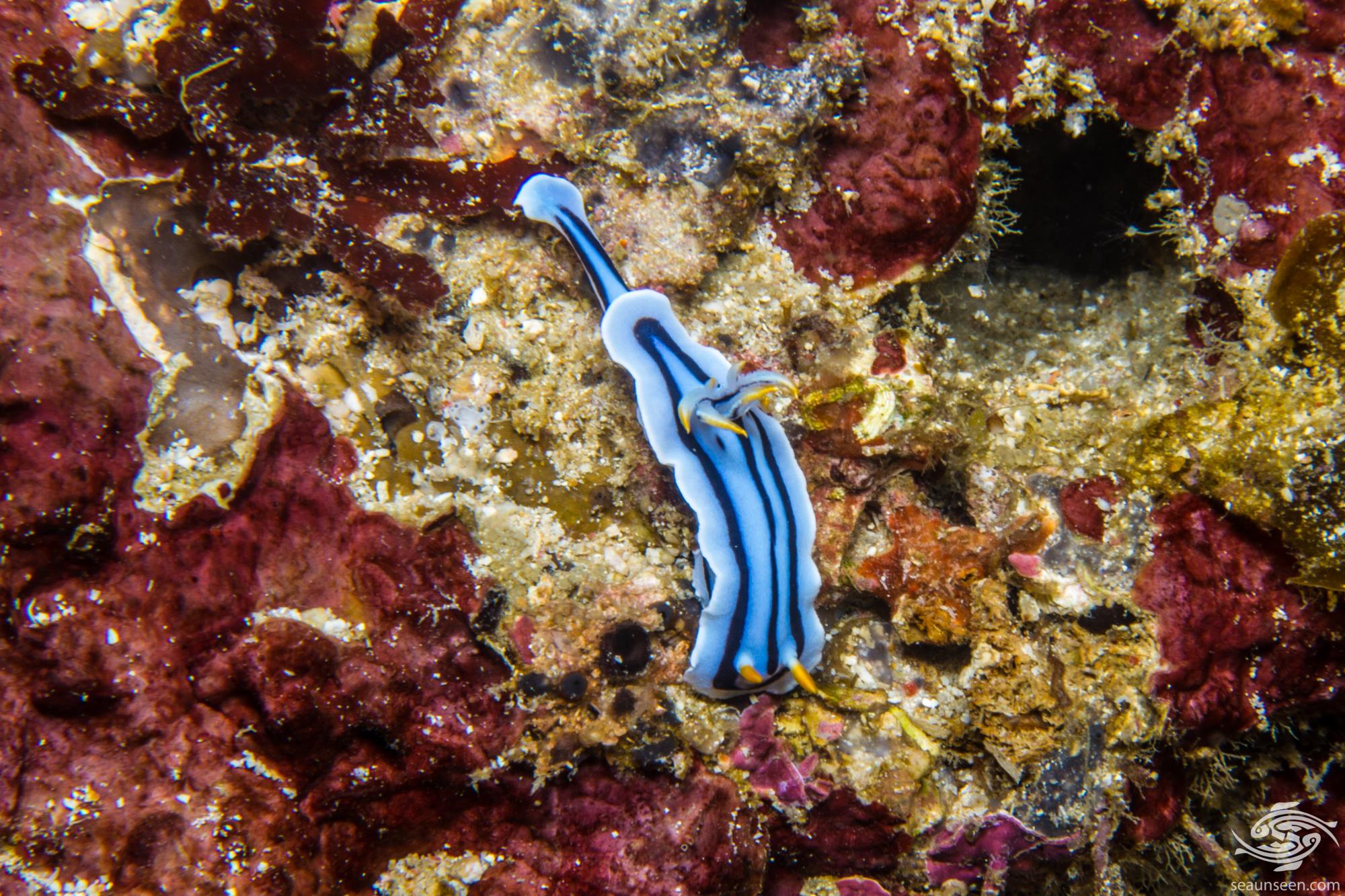 Bouchet’s Chromodoris have an elongated oval shape and smooth skin.  The upper body is a light blue colour with longitudinal black  lines. The specimens in Tanzania do not seem as blue as those elsewhere. The edges of the body are sometimes a very light blue bordering on white. The rhinopores are light blue with a black line on them and the tips are yellow/orange. The gills are blue with a black stripe on the outer edge and yellow endings. They grow up to 70 mm in length and at full stretch as seen above can be as long as 80mm. 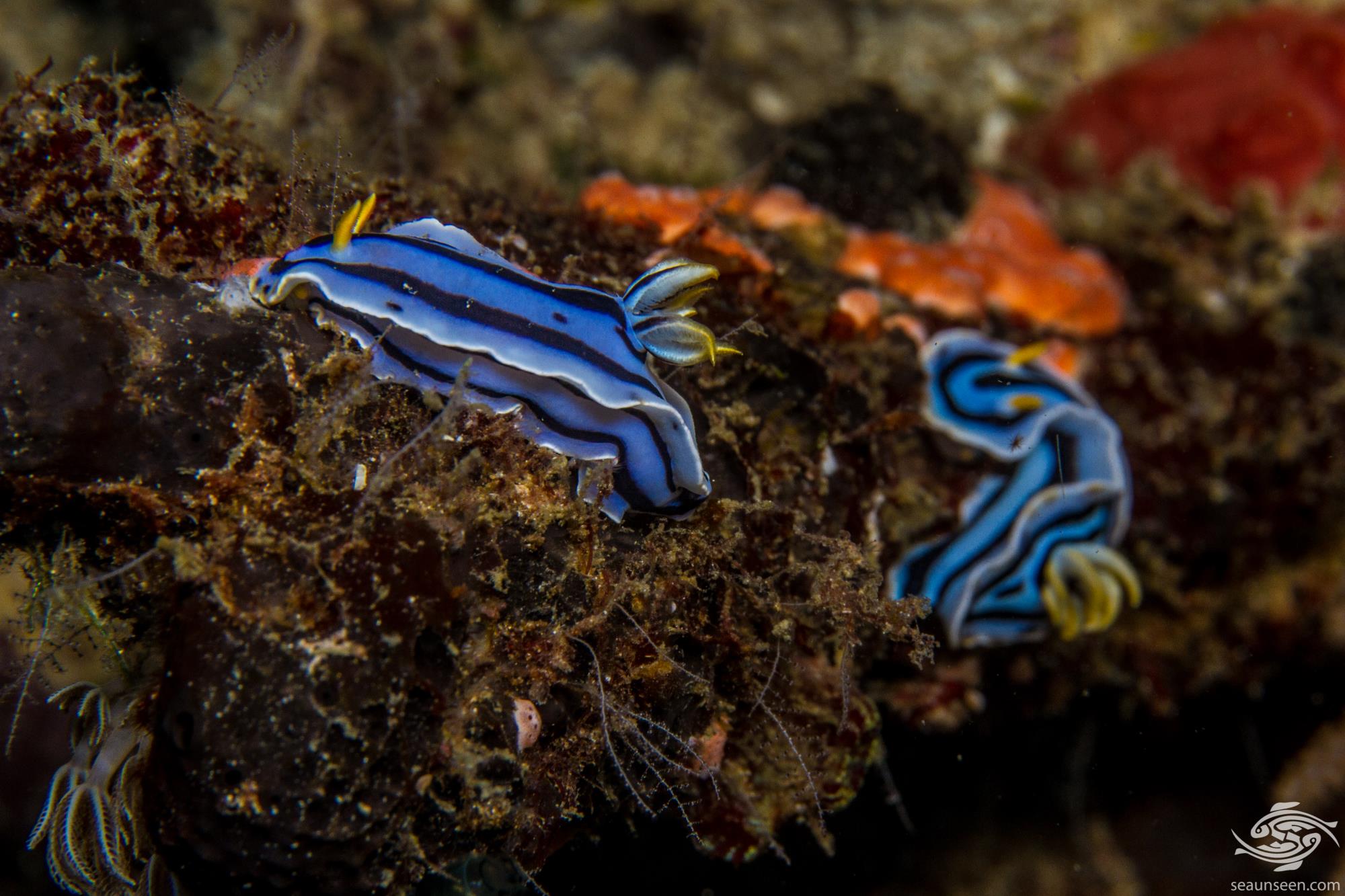 BOUCHET’S CHROMODORIS IN THE WILD

Bouchet’s Chromodoris are one of the more common nudibranchs seen on the East African coast. They are usually seen out in the open on the walls of seaward reefs and have been seen to depths of at least 35 meters. Usually they are seen singly but quite often pairs are seen and on some occasions we have seen three in close proximity. They have  the ability to secrete toxic substances which provides protection against predators. Being fairly slow moving they are easy to observe while diving. 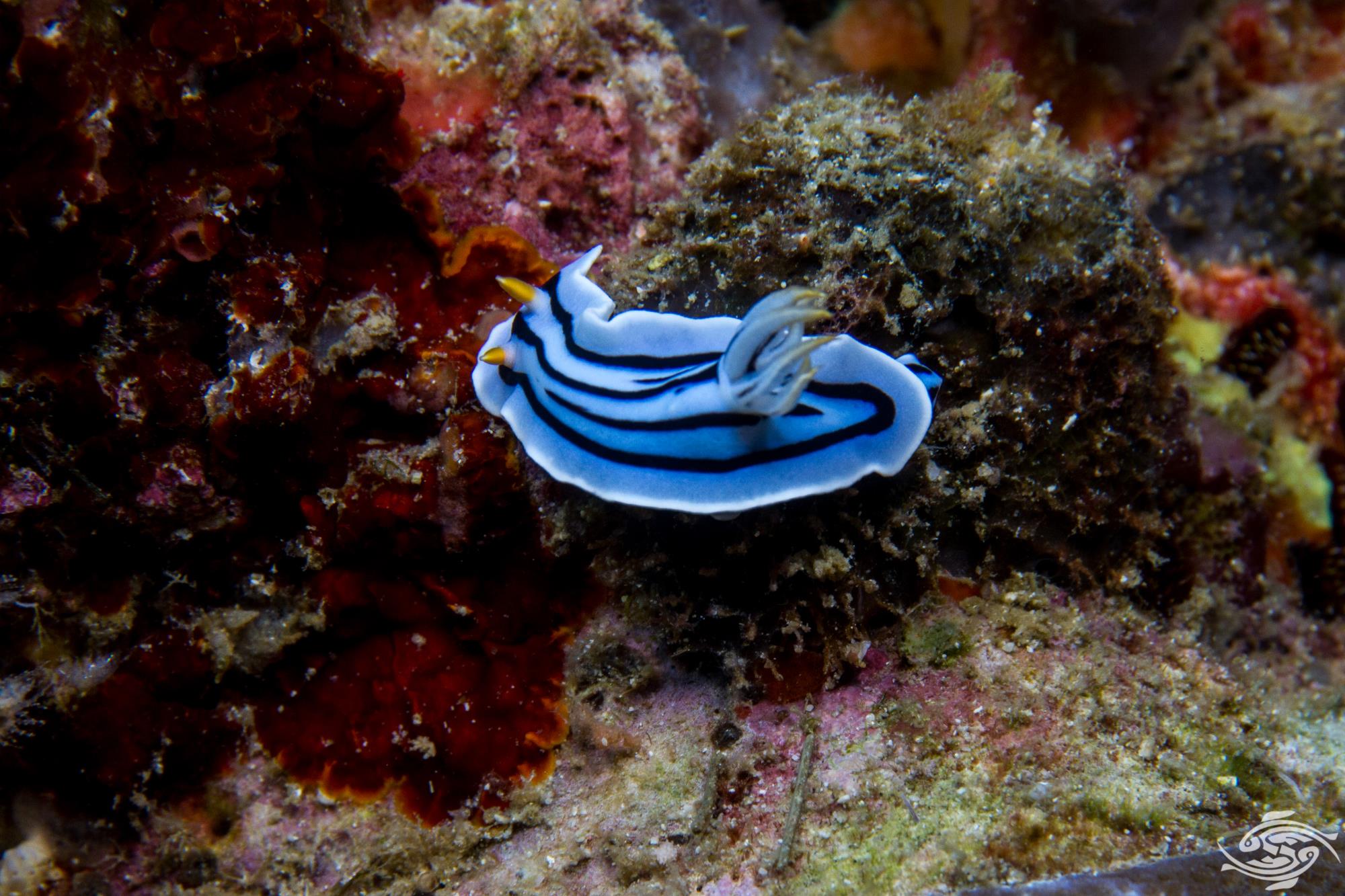 Bouchet’s Chromodoris is found from the Red Sea down the coast of East Africa to southern Kwa-Zulu Natal and across to Indonesia including Mayotte where they were originally discovered and the Maldives. They are found on rocky and coral reefs to a depth of at least 35 meters but possibly slightly deeper. 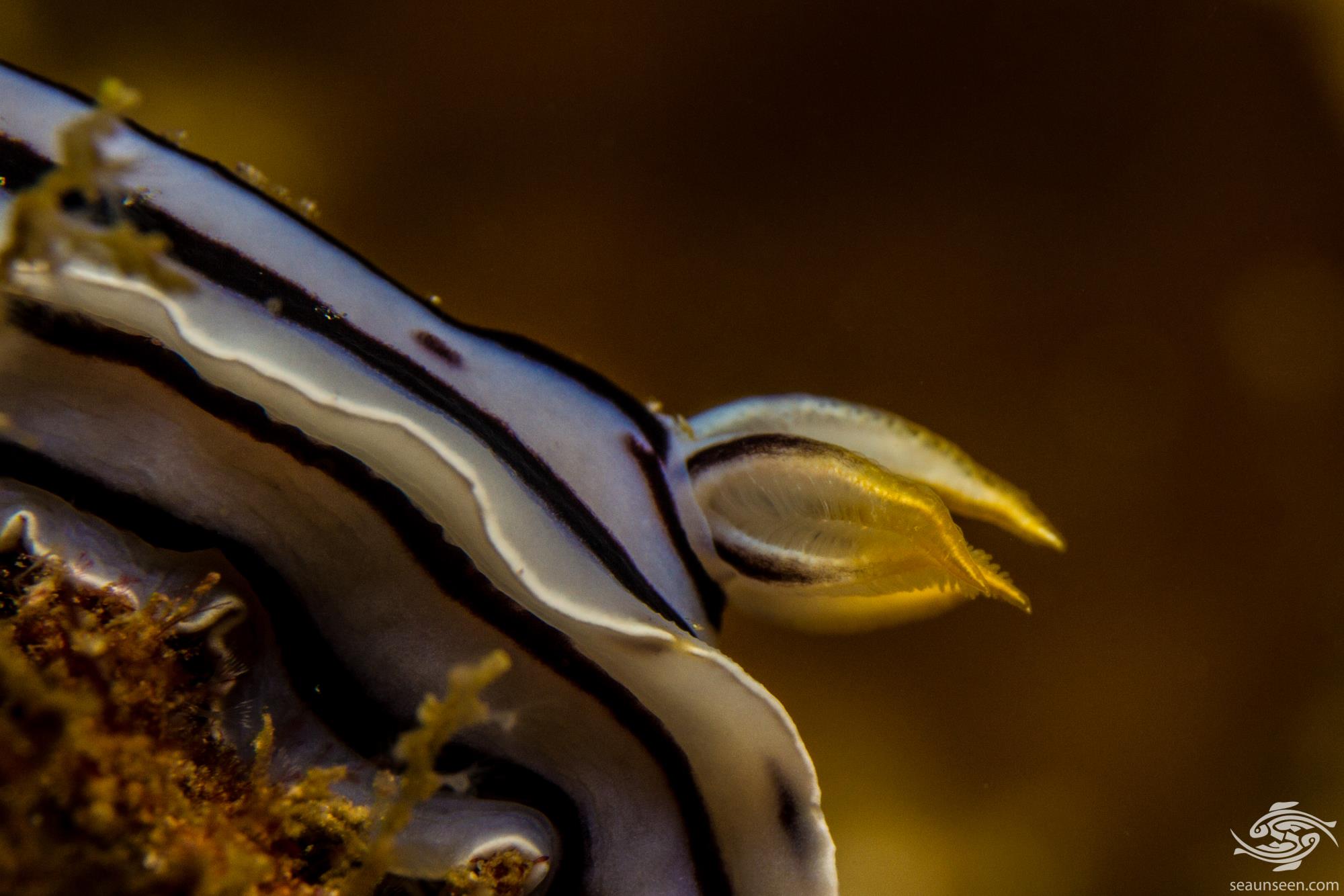 Bouchet’s Chromodoris feed on sponges. It is highly likely that toxins from the sponges are absorbed giving them protection against predators. Nudibranchs have their teeth on their radula which is similar but not quite the same as a tongue.

Food is grasped and processed by the radula and passed through the esophagus into the stomach. After digestion waste products pass through the intestine out the anus, which in dorid nudibranchs is in the middle of the gills. 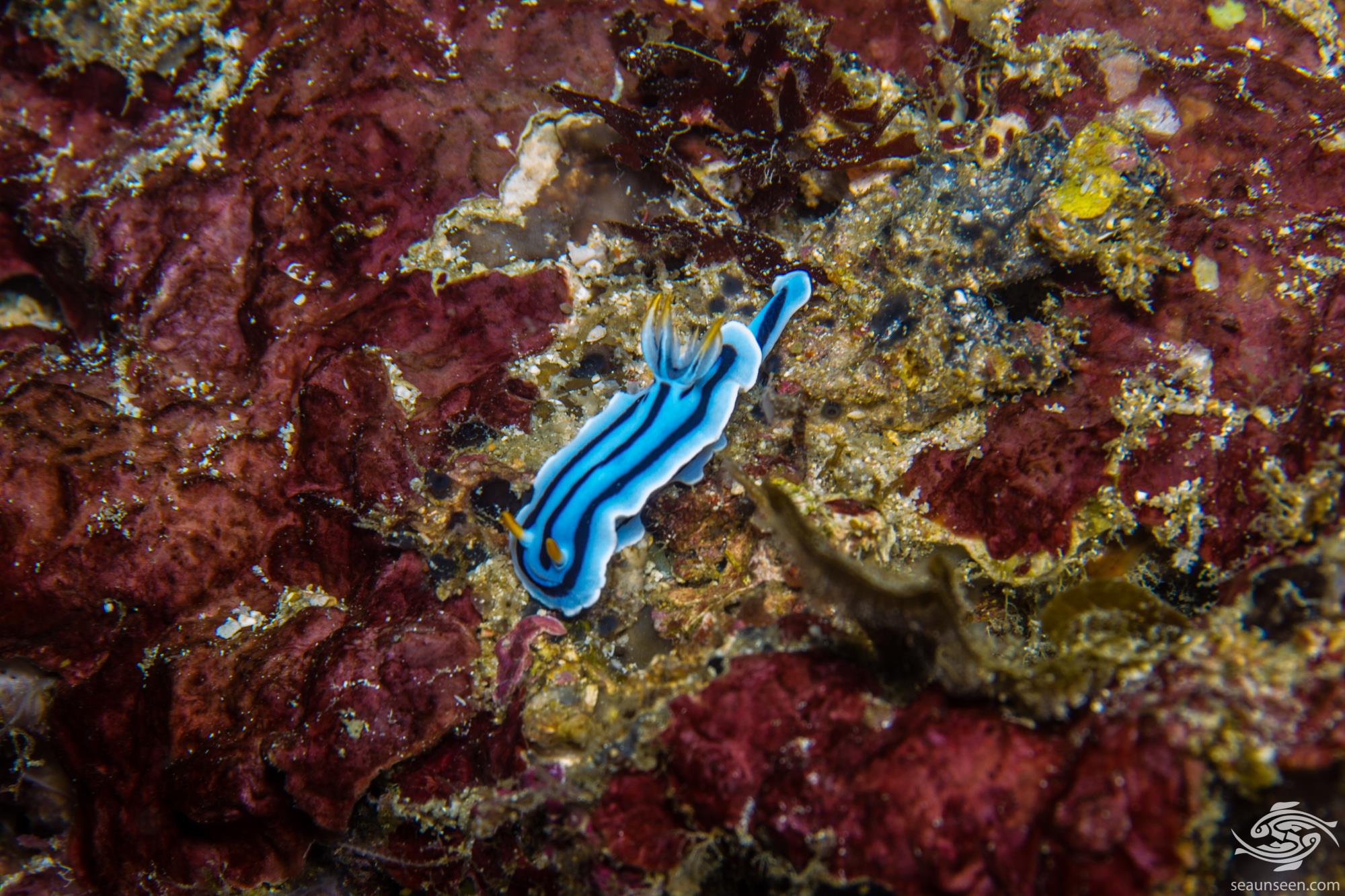 They are simultaneous hermaphrodites and mating takes place by connecting the sexual organs which are on the right hand side of the body. Once the two organs hook up sperm is transferred across to each specimen. Eggs are laid on a solid substrate in a ribbon and when they hatch the larvae become planktonic before growing into adults. The egg ribbons contain powerful toxins and are often brightly colored which deters predators from eating them. 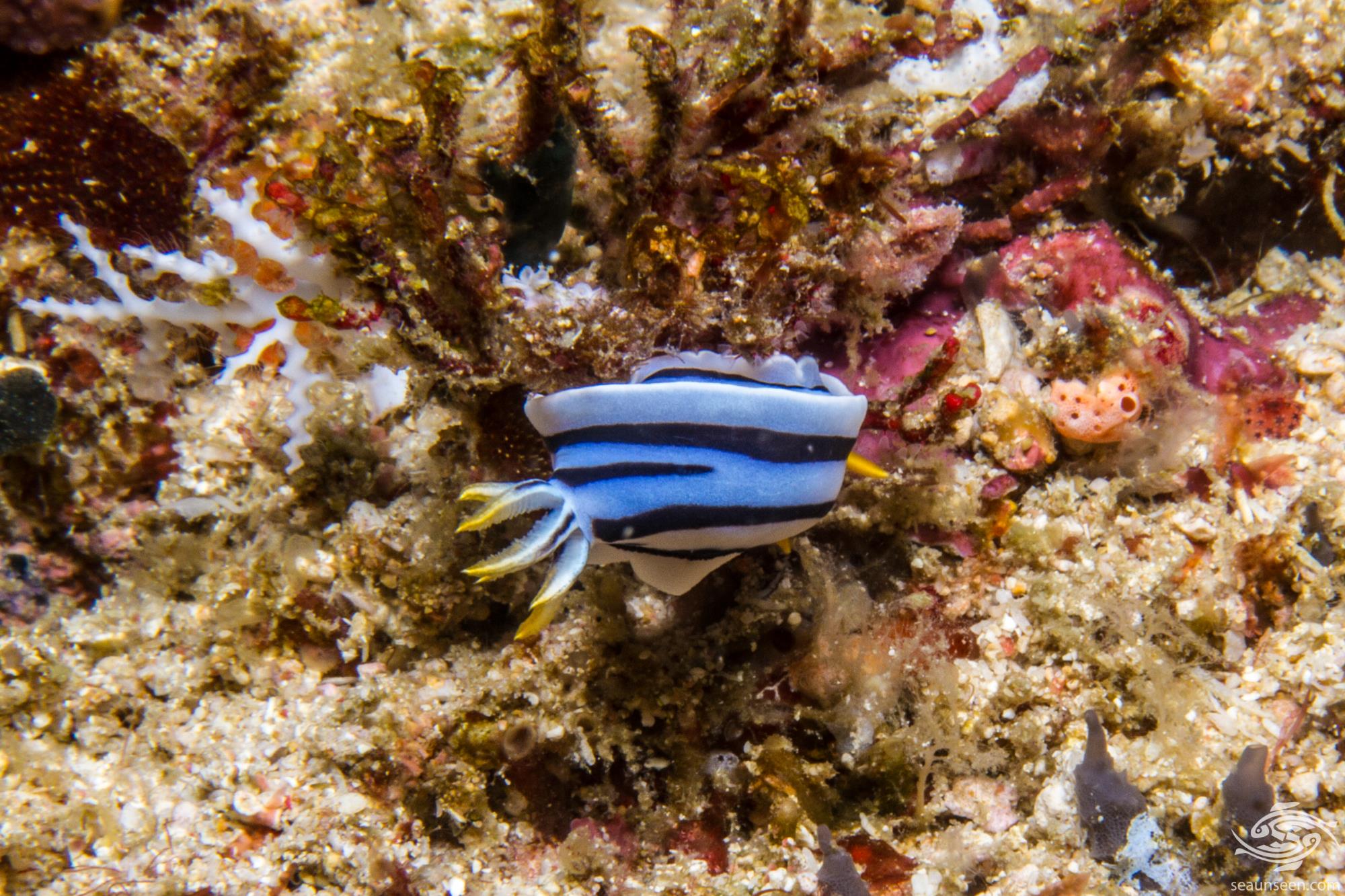 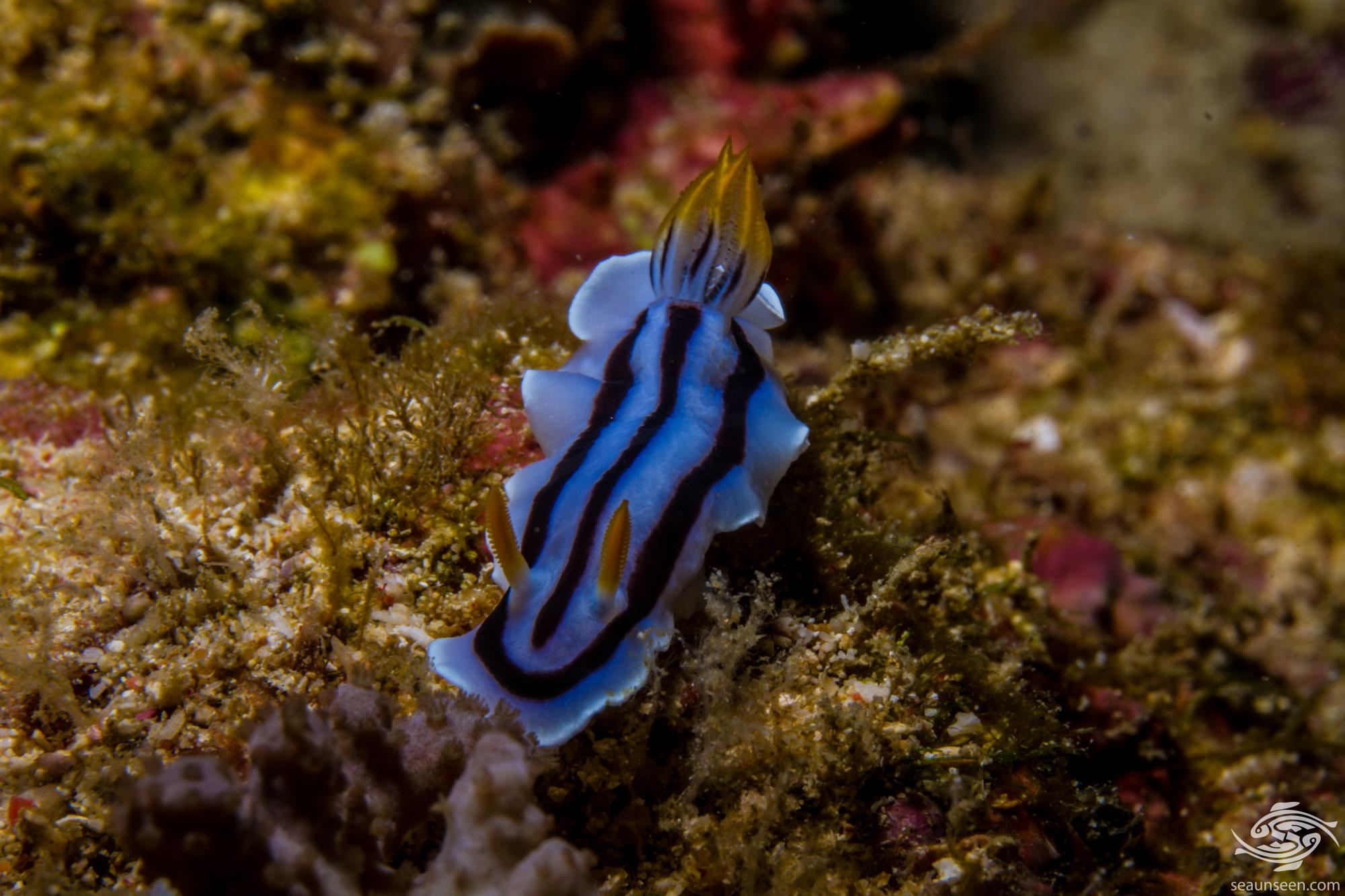