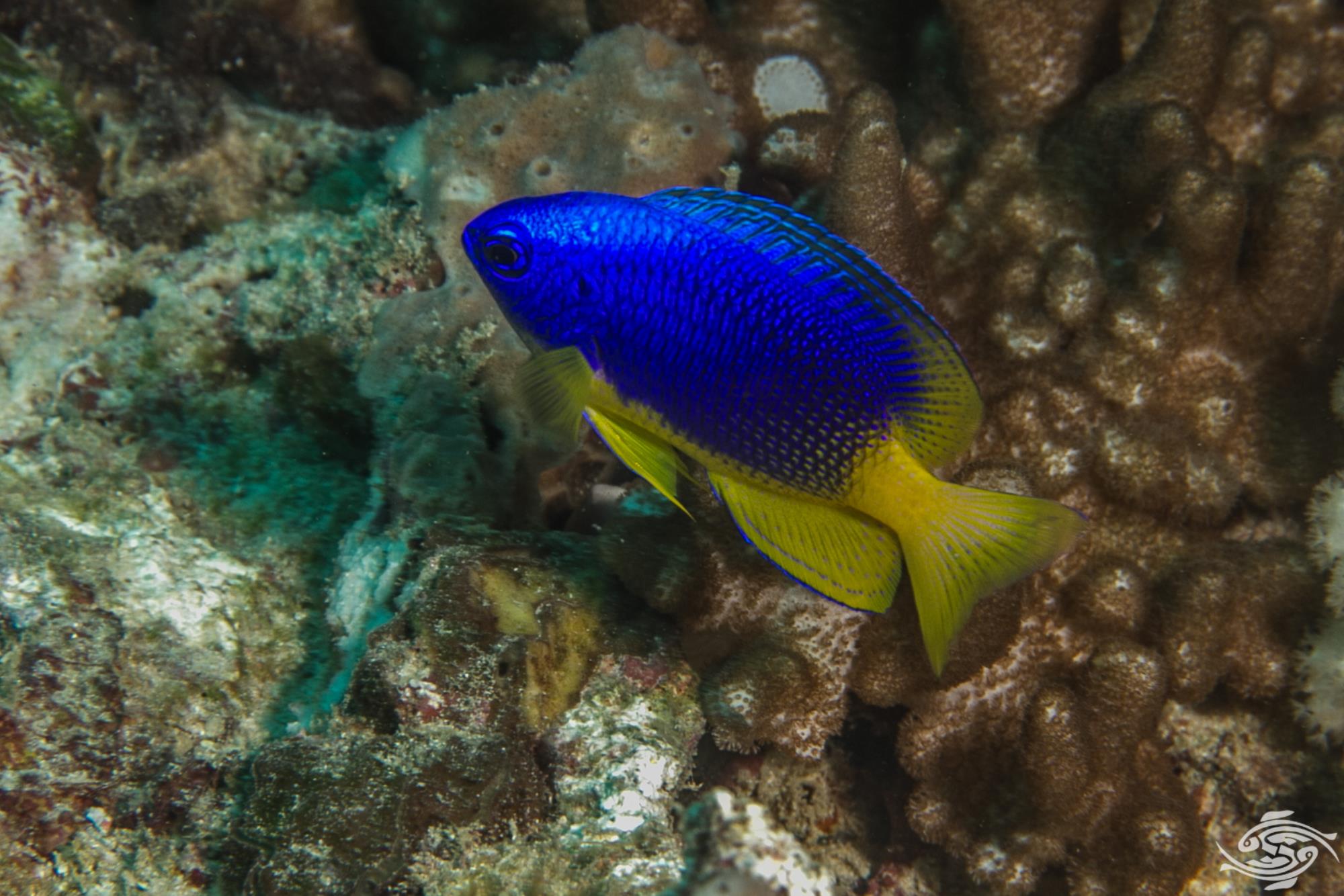 The electric blue and yellow Caerulean damsel fish (Pomacentrus caeruleus) is also known as the Regal damselfish, the Yellow Belly damselfish and Golden Belly Damselfish.  Their brilliant colouring makes them immediately noticeable on the reef.

They are among the more colourful of the smaller damsels. The body is oval in basic shape and the upper body and dorsal fin are electric blue with the dorsal fin changing to yellow and blue dots towards the rear. The lower body is yellow and the anal fin is yellow lined with a blue stripe. The caudal fin is yellow. When caught by the right light the blue on the upper body is exceptionally brilliant. They are reported to grow to 10 cm but in Tanzanian waters we have never seen one that large and 6cm is the largest we have seen. 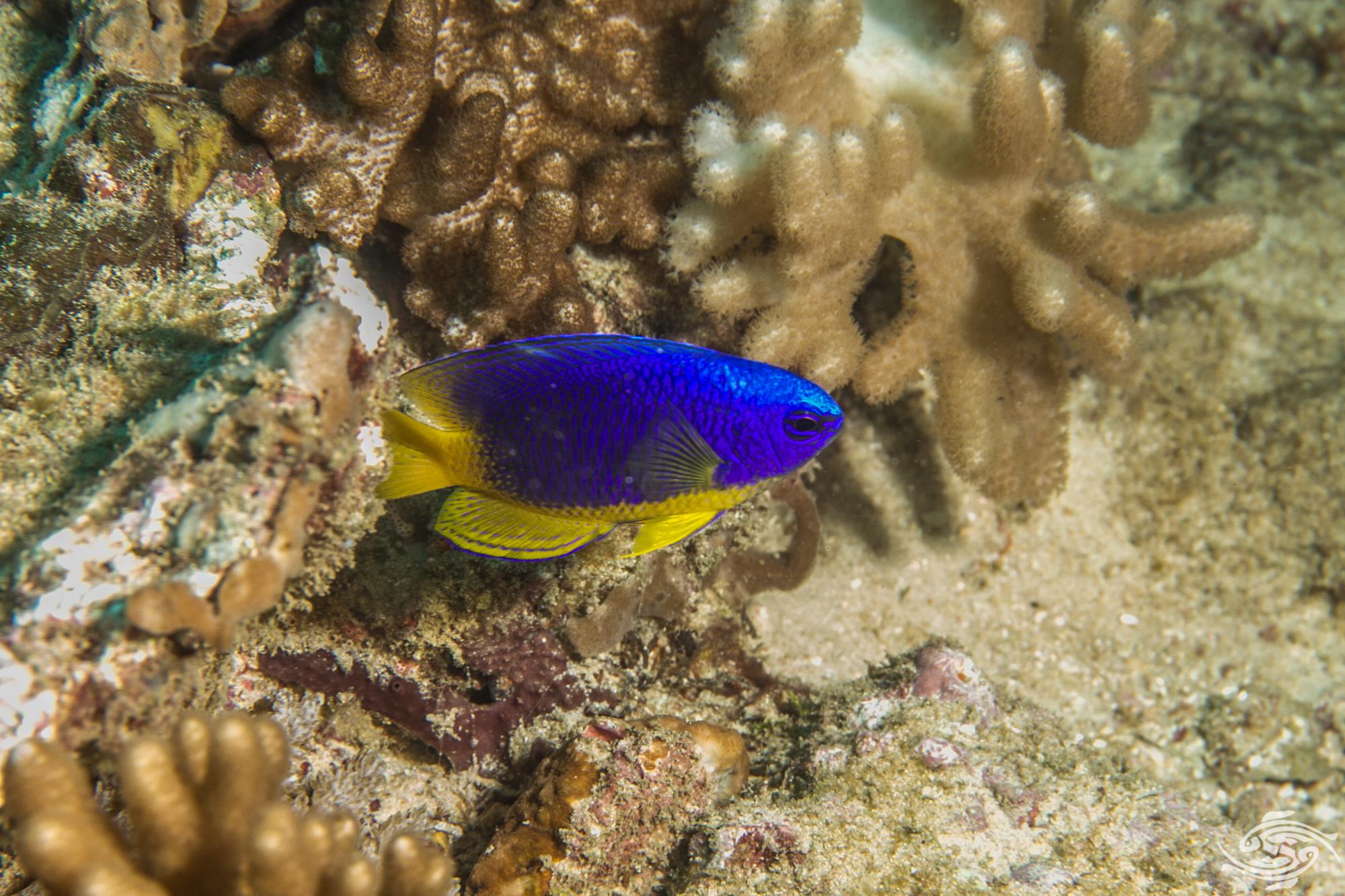 The Caerulean damsel fish are usually seen singly or in pairs apart from in spring when they are often seen in large aggregations. They are usually territorial and will normally always be found in the same area. They are shy fish and will quickly retreat into a hiding spot when approached. They seem to be susceptible to parasites and or seen with parasites on them fairly regularly. 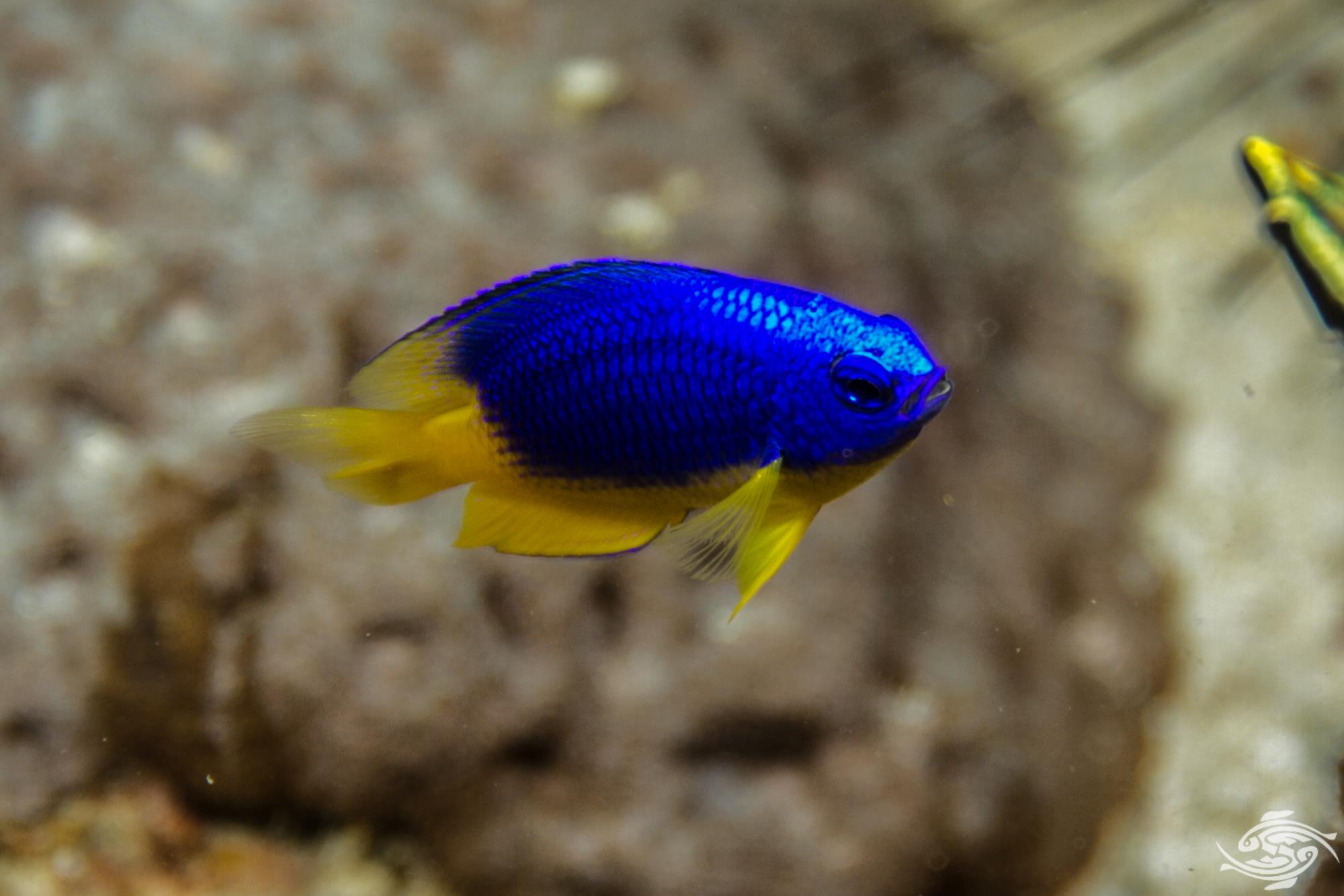 They are found in the Western Indian Ocean from East Africa to the Maldives and inhabit reefs and lagoons in shallow to moderate depths.

The Caerulean damsel fish feed on zooplankton and algae. 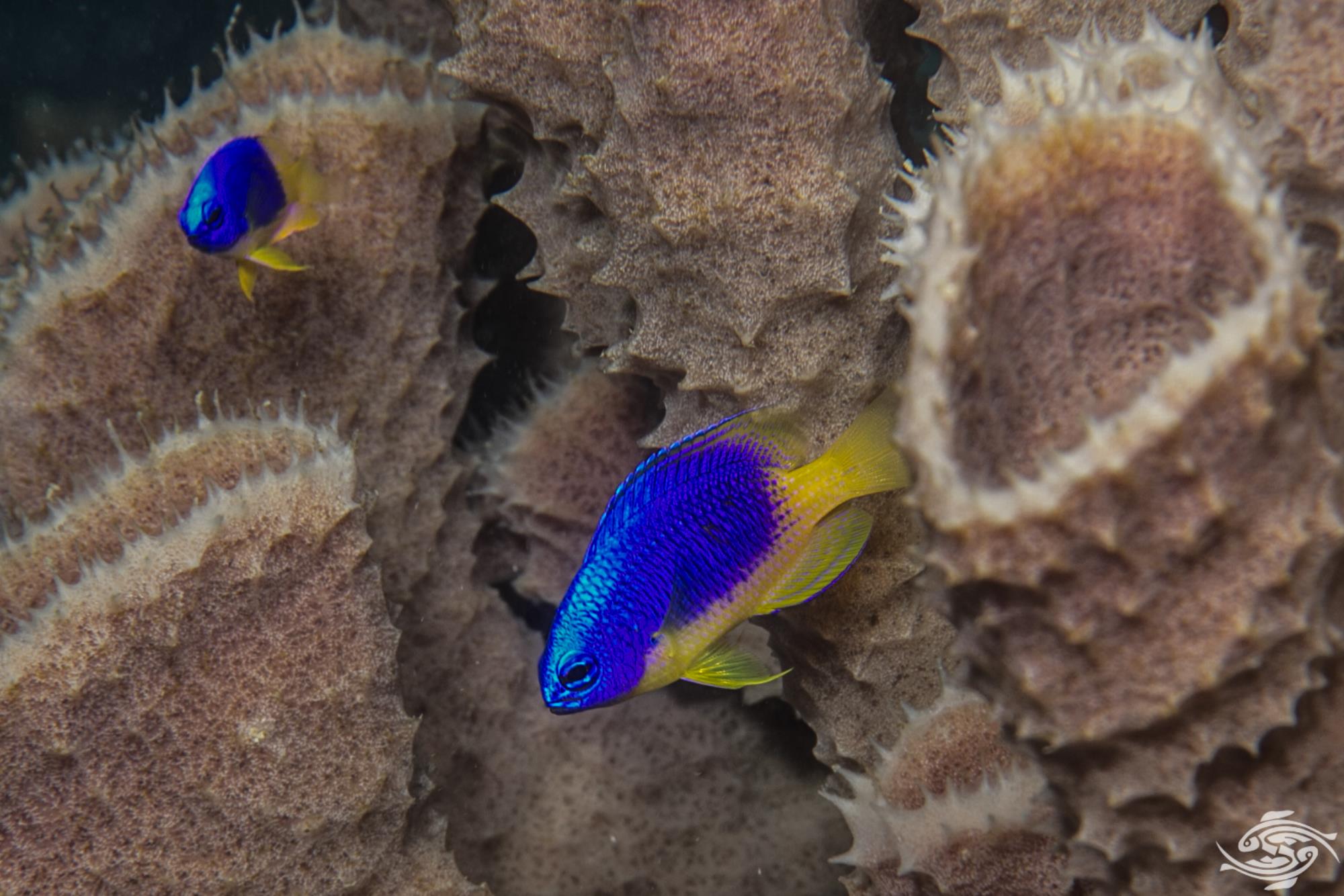 Little seems to be known of their reproductive habits. In spring in Tanzania when the waters warm they are often seen in large aggregations of up to 40 fish and this may be breeding related behaviour. 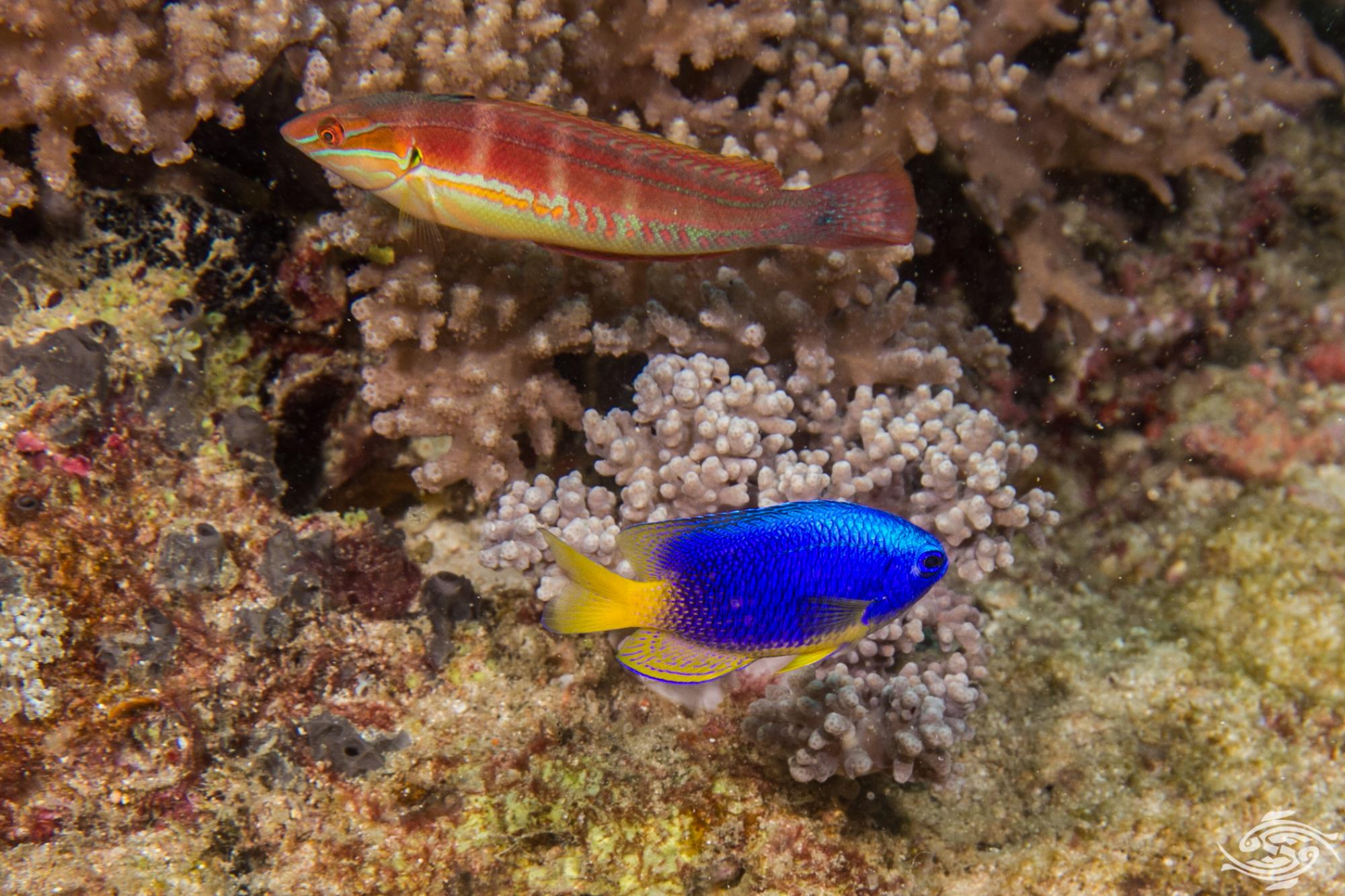 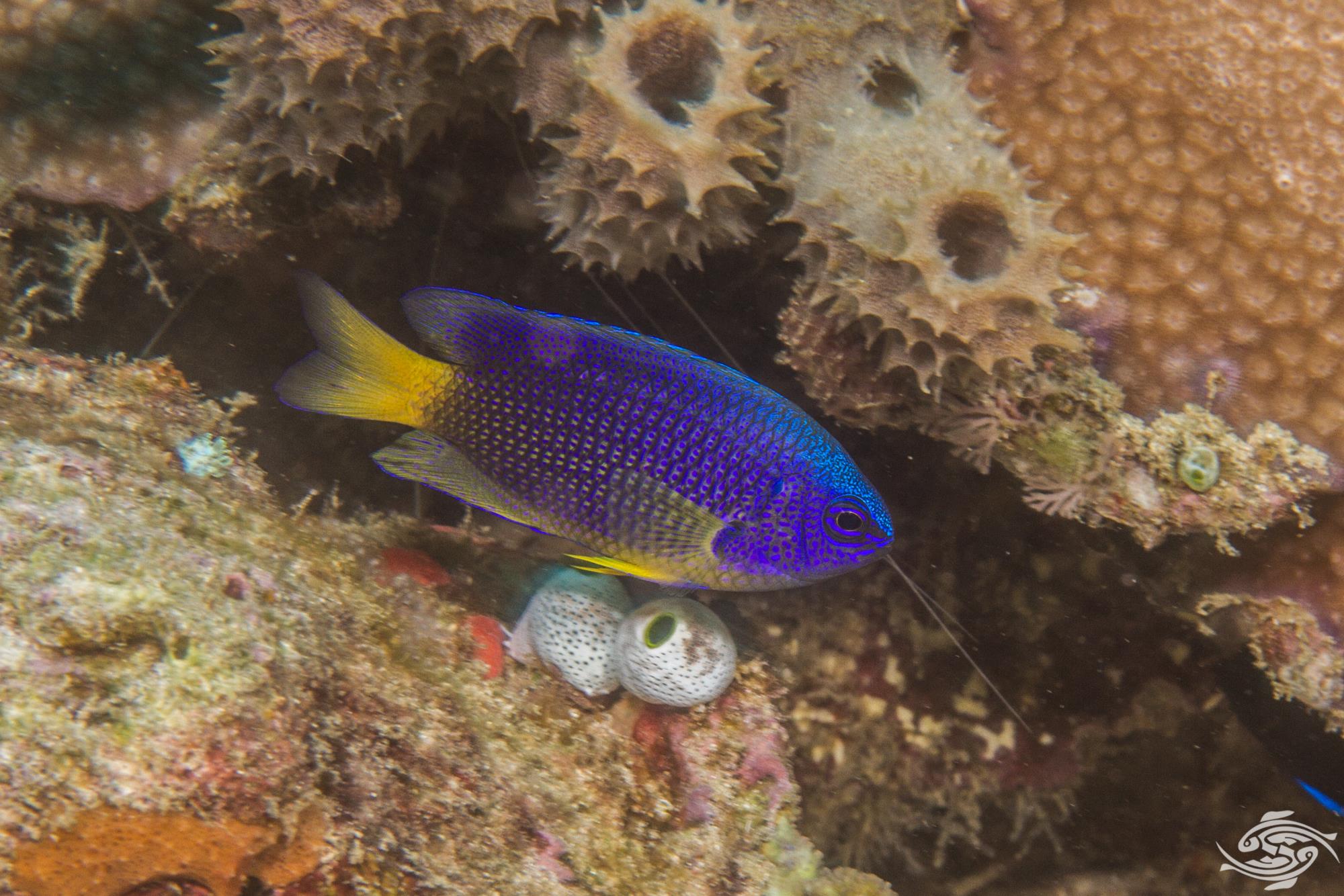