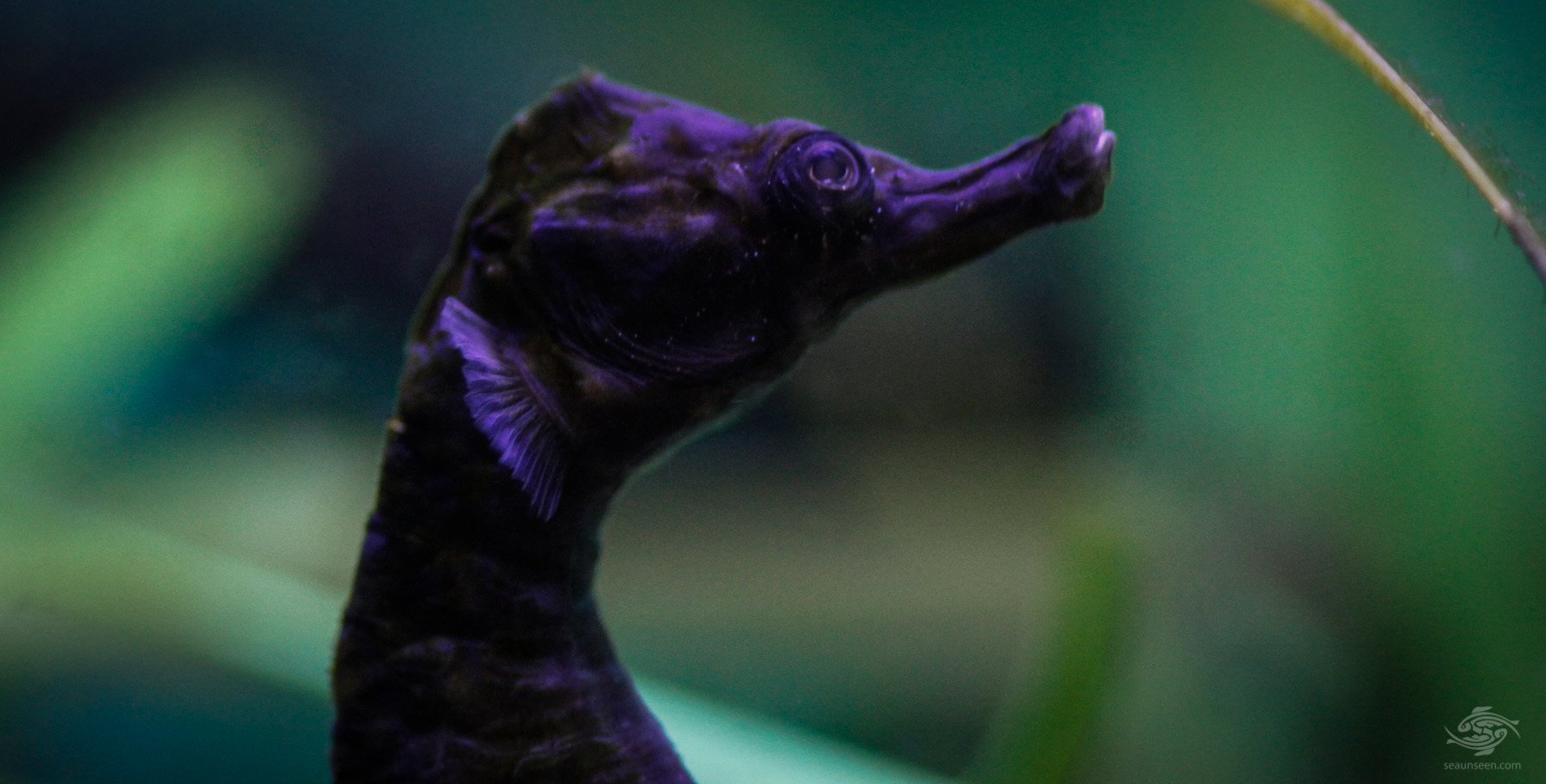 A Knysna or Cape Seahorse (Hippocampus capensis) gazes skyward in its tank at Ushaka Marine World. The future of its species far from secure. The Cape seahorse is related to the more common Indo-Pacific seahorse Hippocampus kuda. They are however smaller in stature and have a shorter snout. These adaptations aid in living in the dense sea grass in which they are found.

Cape Seahorses are relatively small in size, growing up to 5 inches (12 cm) in height. Their color varies from green to brown and purplish black as in this image and seems to change to some extent with mood. 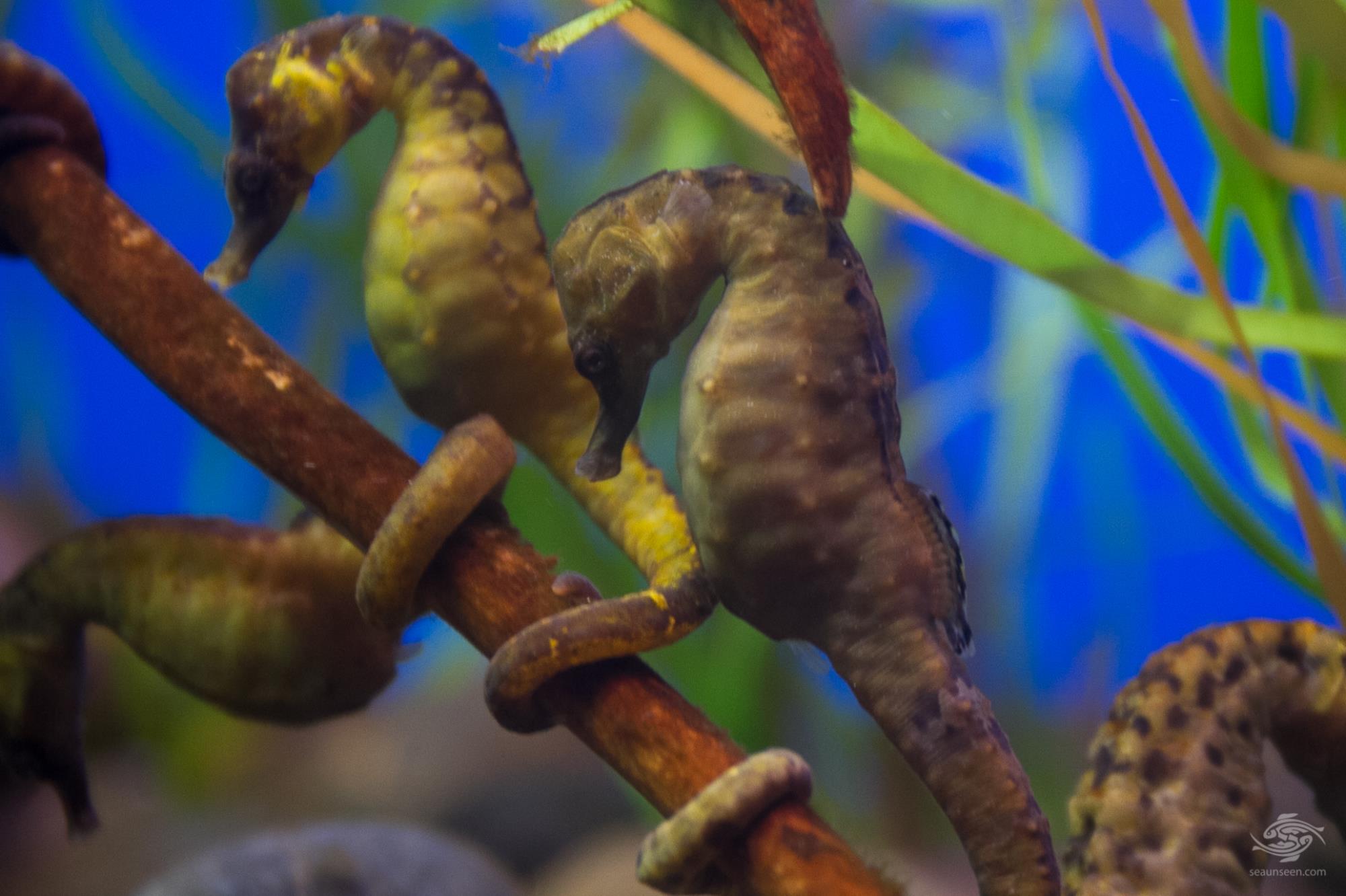 Cape Seahorses are found in only three brackish water estuarine environments, in the Cape Province in South Africa. These are the Keurbooms and Swartvlei estuaries and the Knysna Lagoon.  As a result this small range puts them at great risk of extinction. In addition floods and other types of natural and man made disasters further threaten their survival. At one stage heavy flooding caused them to disappear for quite some time in one of the estuaries.

They are predominantly associated with a few types of plant species found in the estuaries. As with other inhabitants of estuarine environments, they are able to deal with rapid changes in salinity levels as well as large temperature changes associated with tidal interflow. 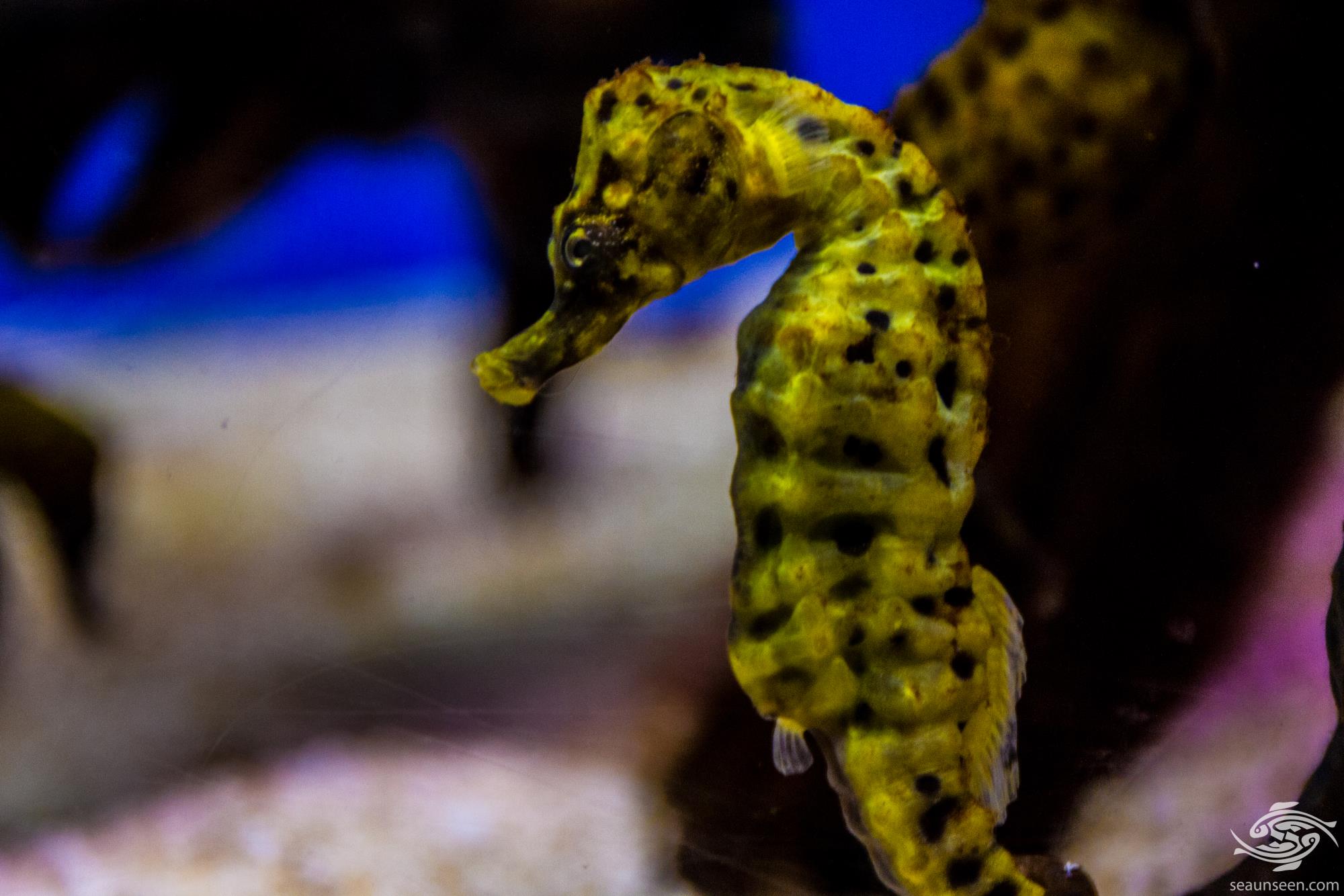 Cape Seahorses feed primarily on small crustaceans found in the sea grass that they suck up through their snouts. 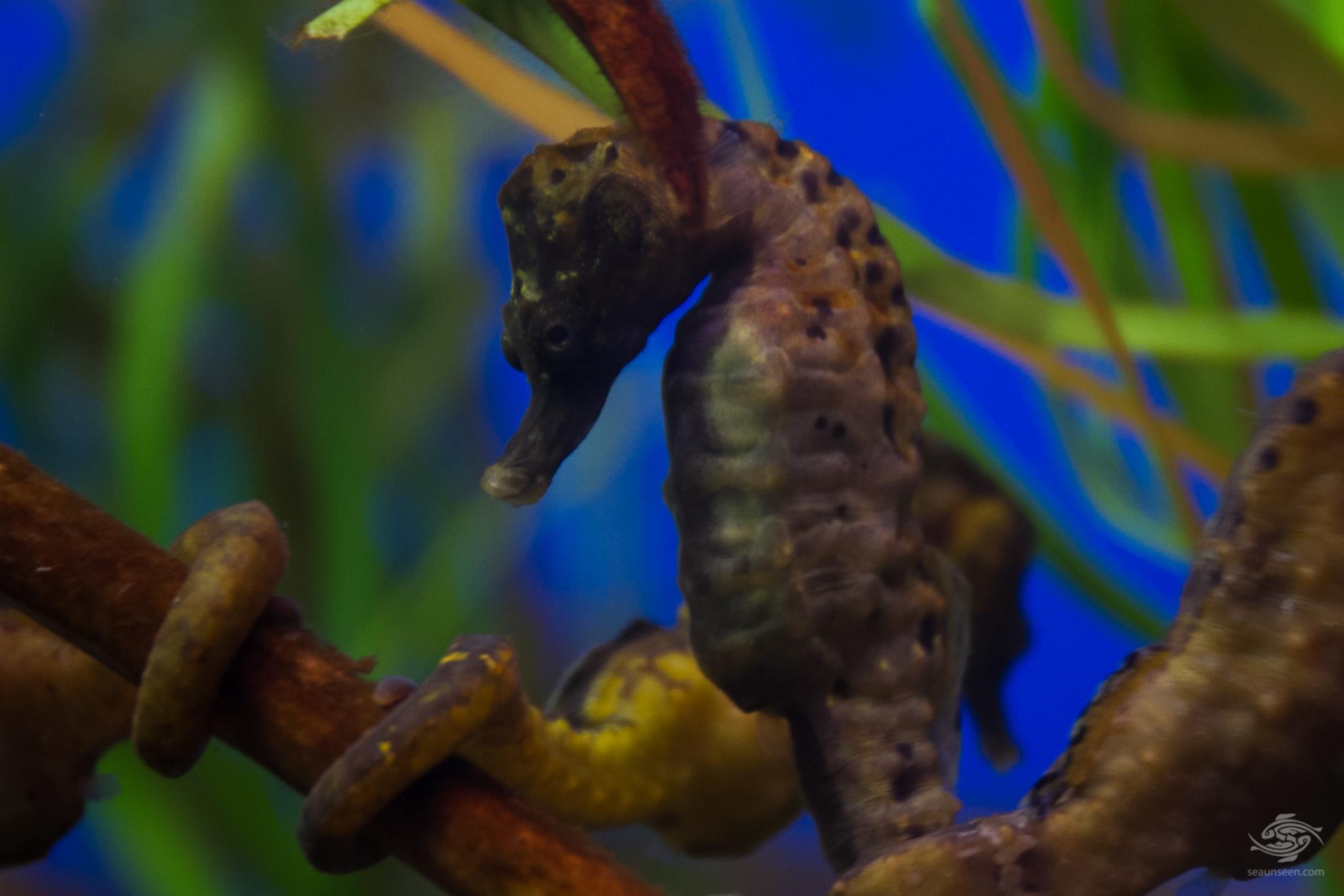 Breeding occurs in the warmer summer months. As with all seahorses the male carries the fertilized eggs in a specialized pouch.

They are listed as endangered by the IUCN Red list due to their limited habitat and other potential threats such as pollution against them.

Captive breeding populations are now viable in several different aquariums hopefully providing a haven for the species to survive in. Seahorses are thought to live for between 1 year to 18 months in the wild but the larger seahorses are living for up to 4 years in captivity. There are some reports of larger seahorses surviving for up to 10 years in captivity. 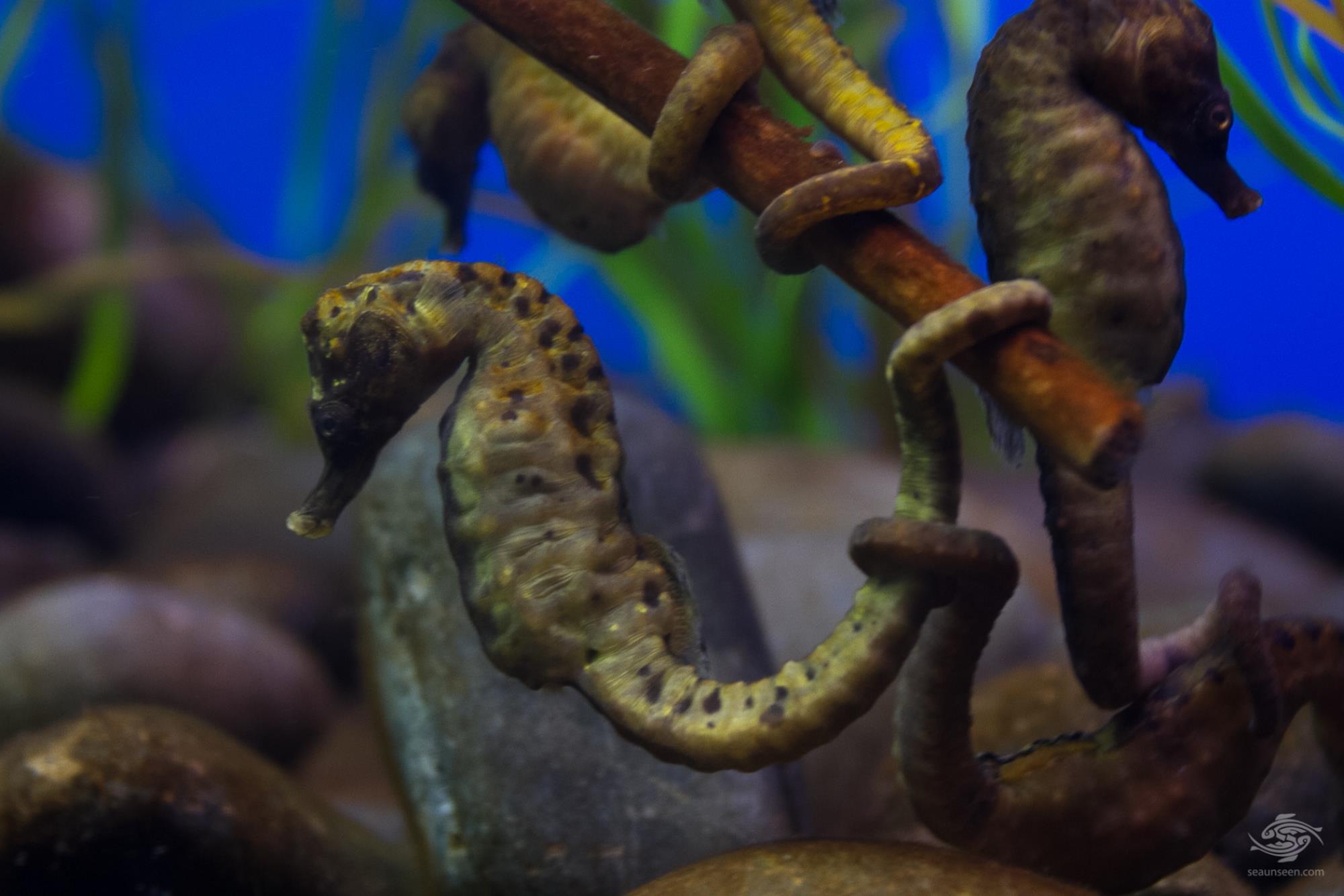 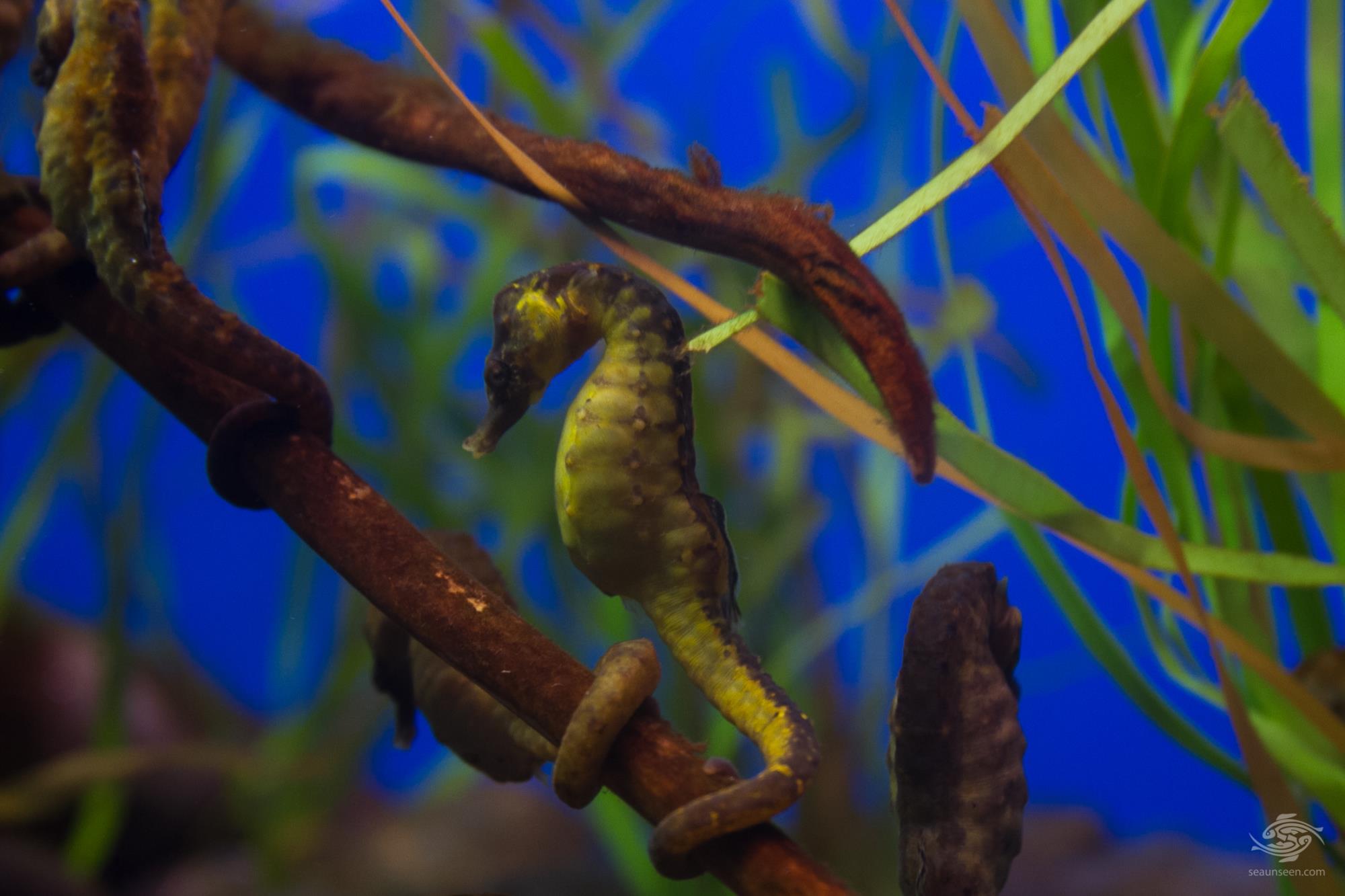