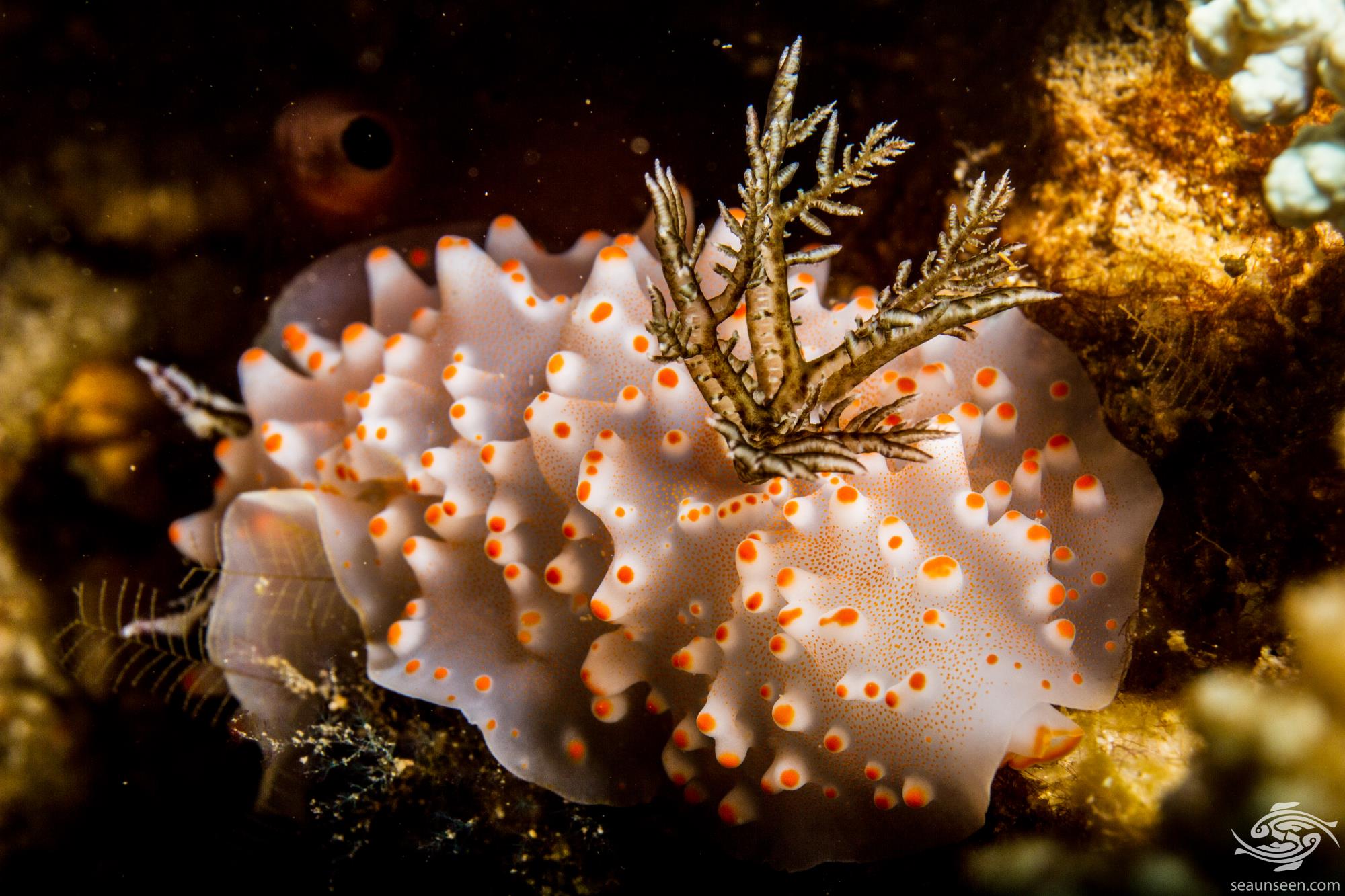 Carlson’s halgerda, Halgerda carlsoni is a dorid nudibranch. As with other nudibranchs, they are shell-less marine gastropod mollusks. To make up for the lack of protection from not having a shell, they are highly poisonous. They are rare in Tanzanian waters. 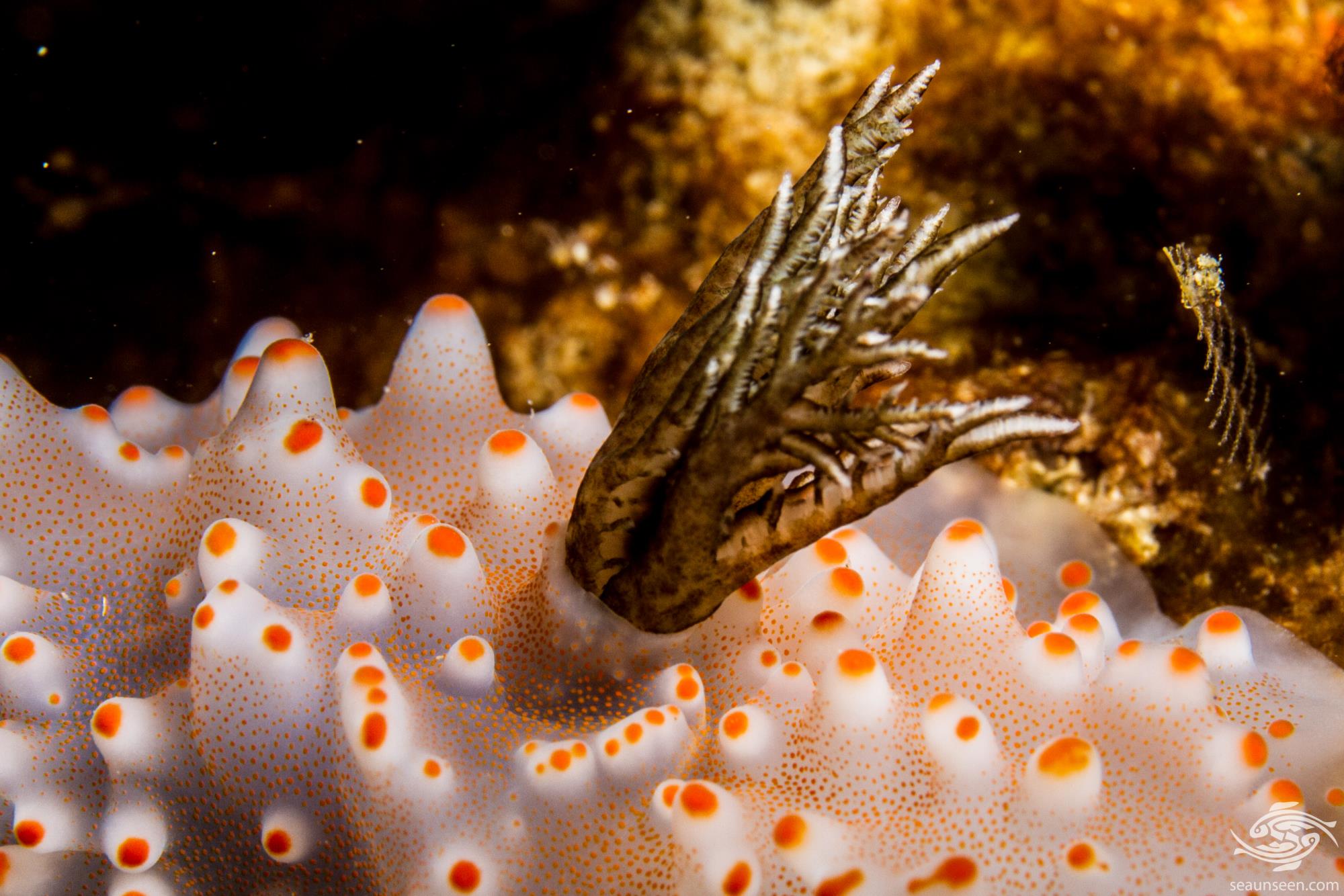 They are a fairly large species of nudibranch growing up to 60 mm. They have a translucent white body covered in raised tubercles with orange tops. Some of the tubercles are joined. The majority of the upper surface is covered in orange dots. There seems to be a band around the edge of the mantle with no orange dots on it. The rhinophores have black markings on the sides as do the gills.  The foot has an orange line around the edge. A very attractive looking nudibranch. 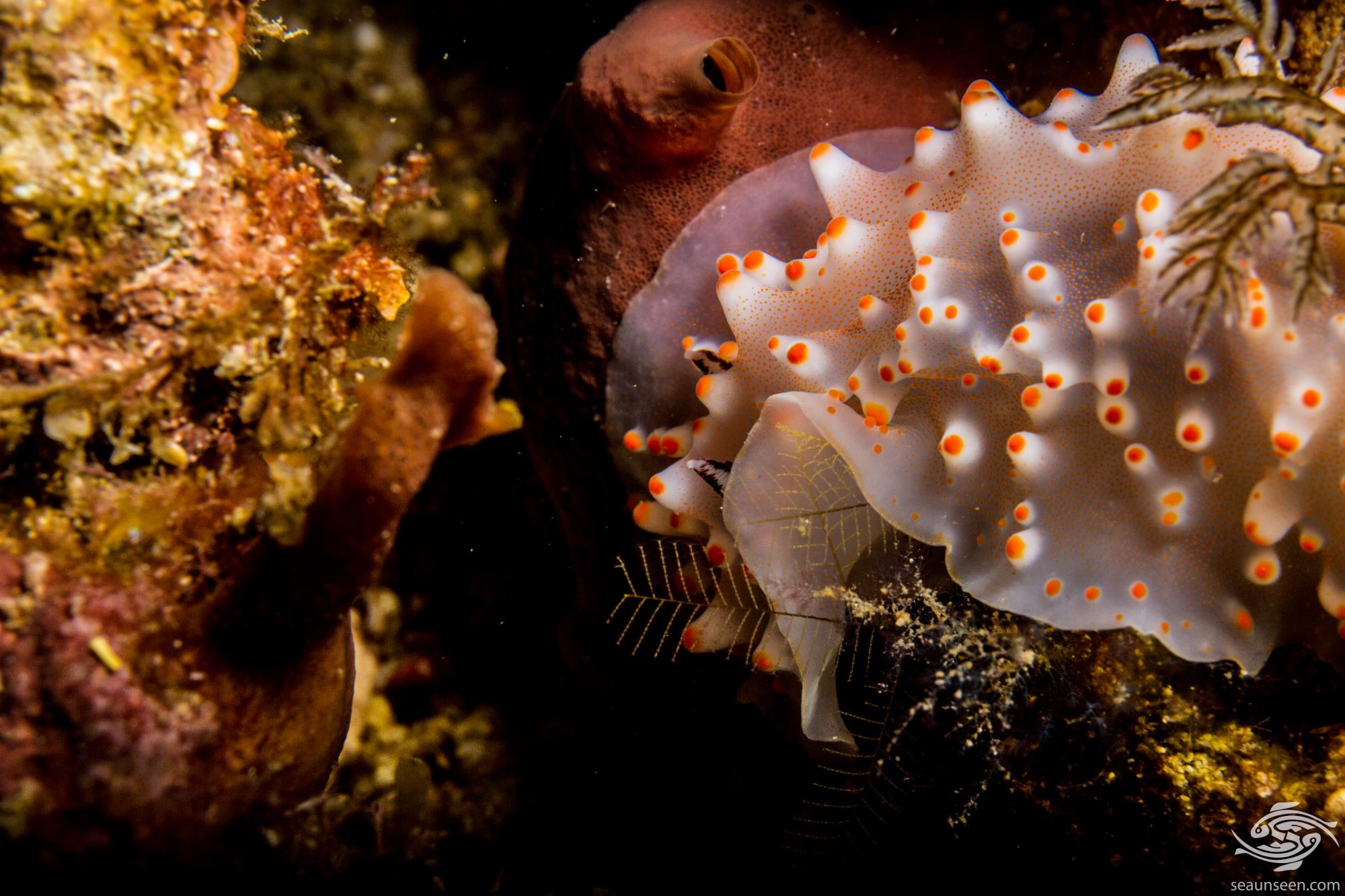 CARLSON’S HALGERDA IN THE WILD

Carlson’s halgerda are rare and are they are not commonly seen. We have seen two on several hundred dives. On both occasions they have been seen during the day on exposed seaward reefs in approximately 15 meters of water. They do not seem to appreciate lights on them and head for cover very quickly. 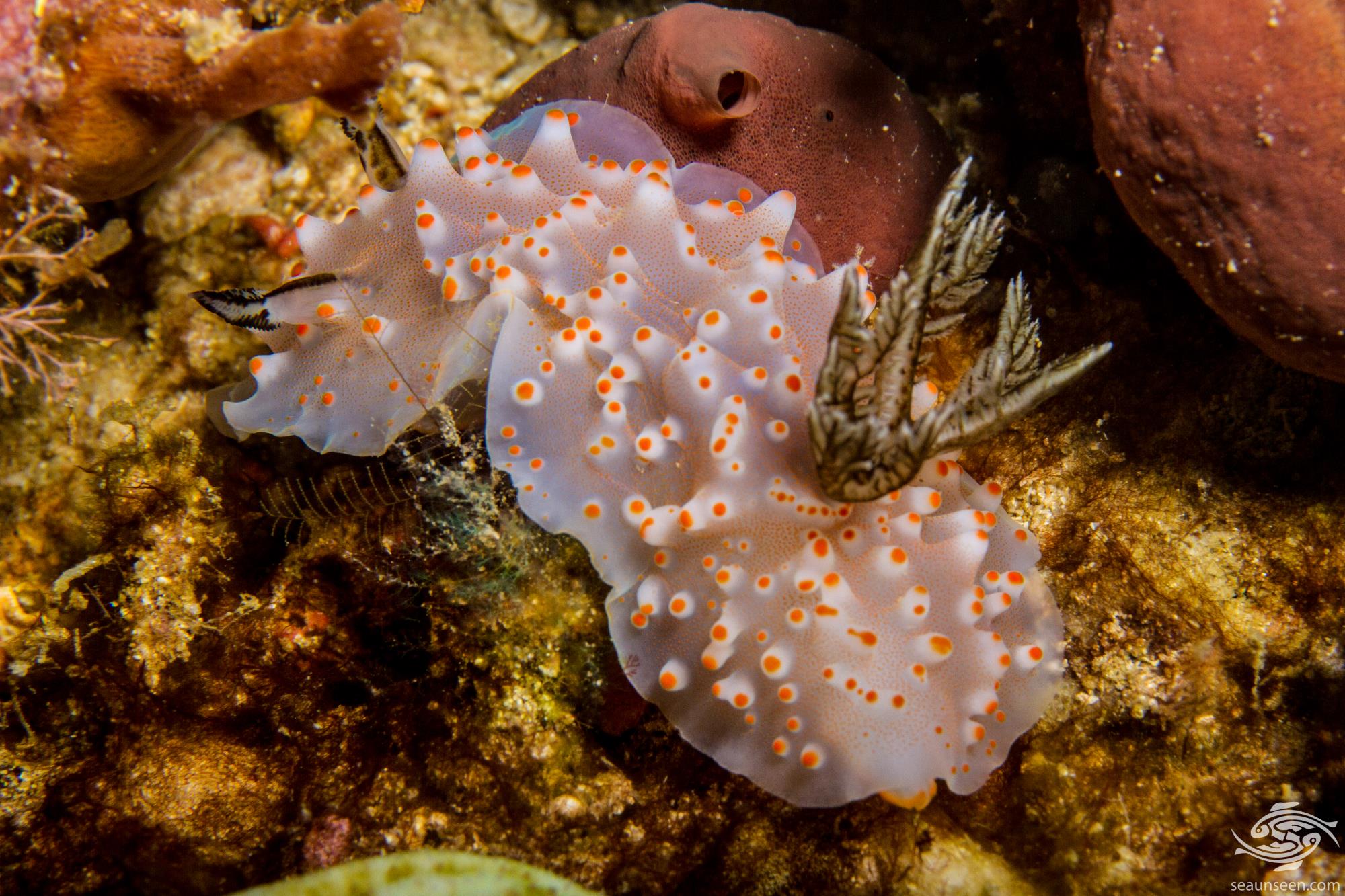 The Carlson’s halgerda  is found across the Indian ocean and Pacific oceans, because of their rarity the range is not certain. They are usually seen on coral reefs feeding on sponges up to a depth of 20 meters. 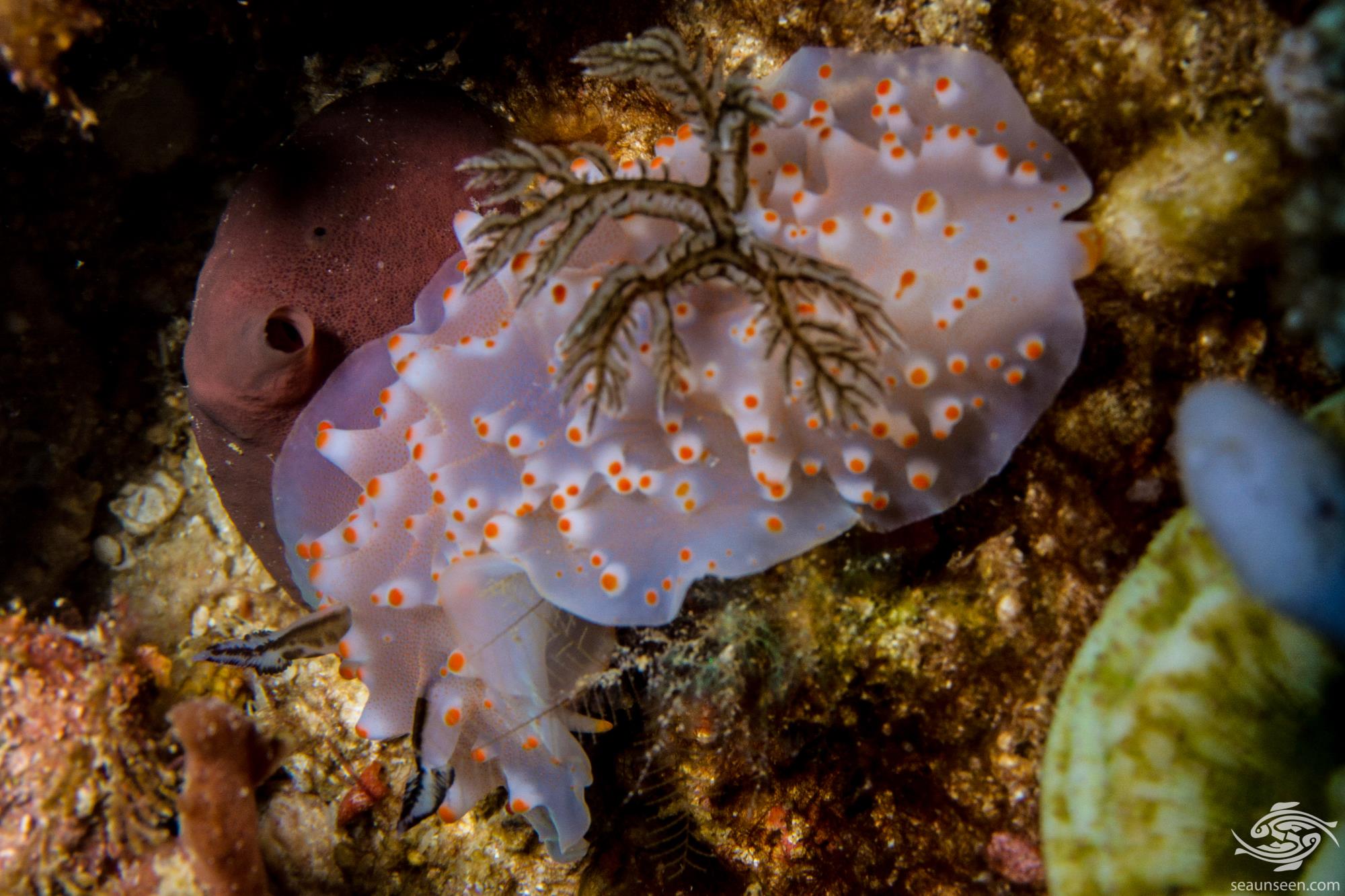 The Carlson’s halgerda feed exclusively on sponges. They may absorb poisons from the sponges, which provide them with protection. 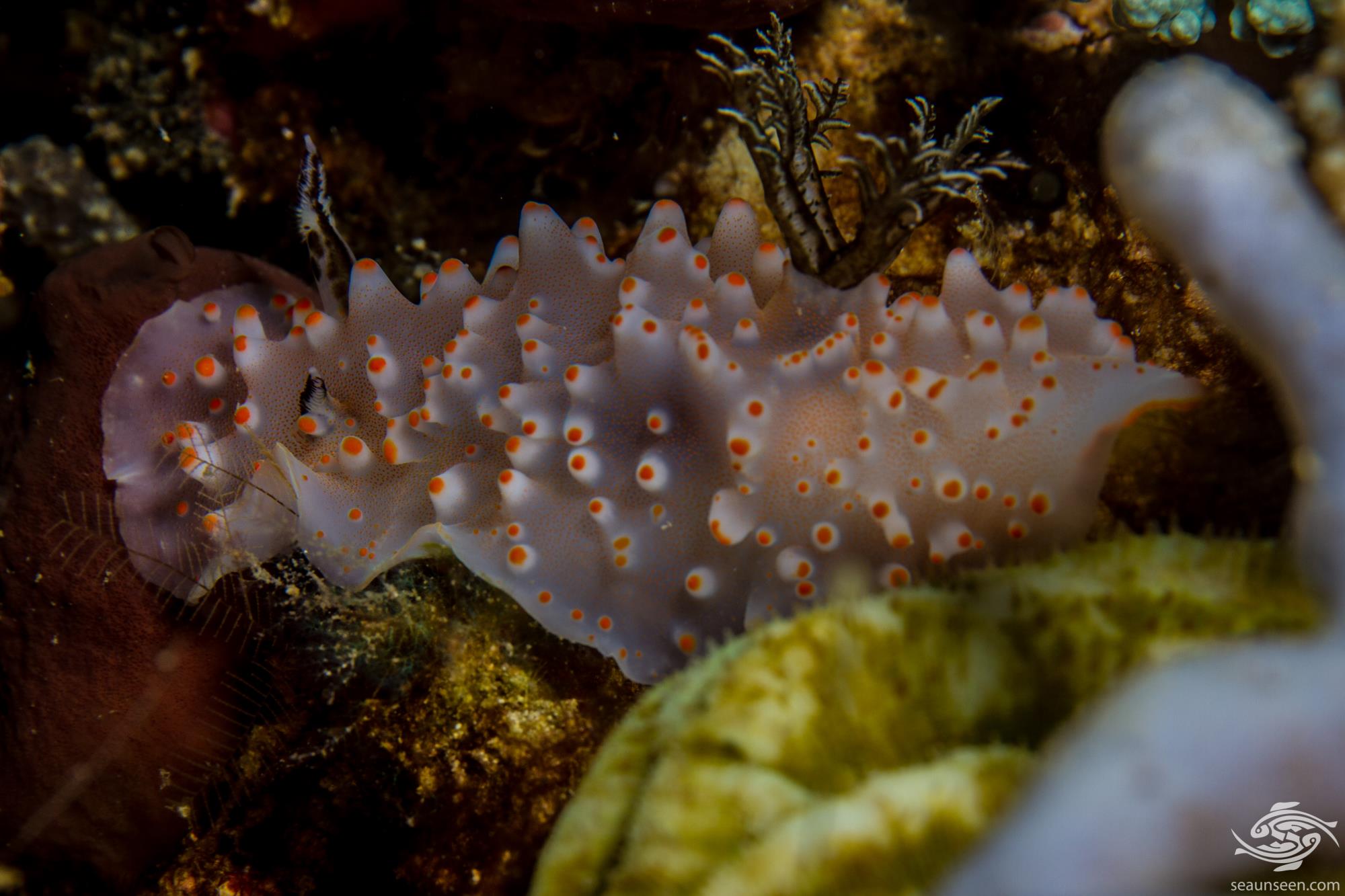 As with all nudibranchs they are hermaphrodites. They are unable to self fertilize and must mate with another member of their species. To mate. two approach each other and deposit sperm packages into each other. Both lay eggs which are typically laid in a spiral gelatinous mass, which is attached to a substrate. 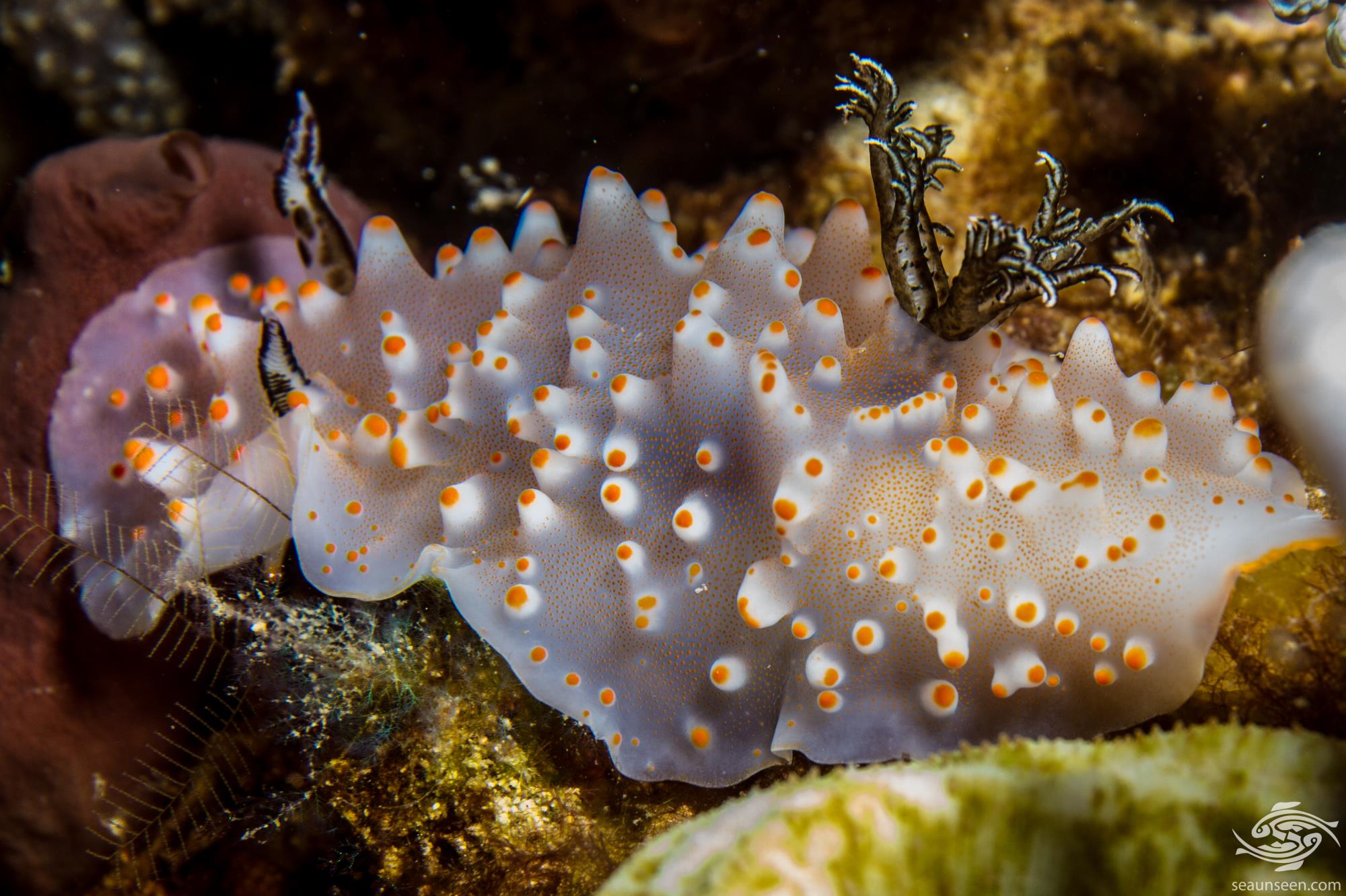