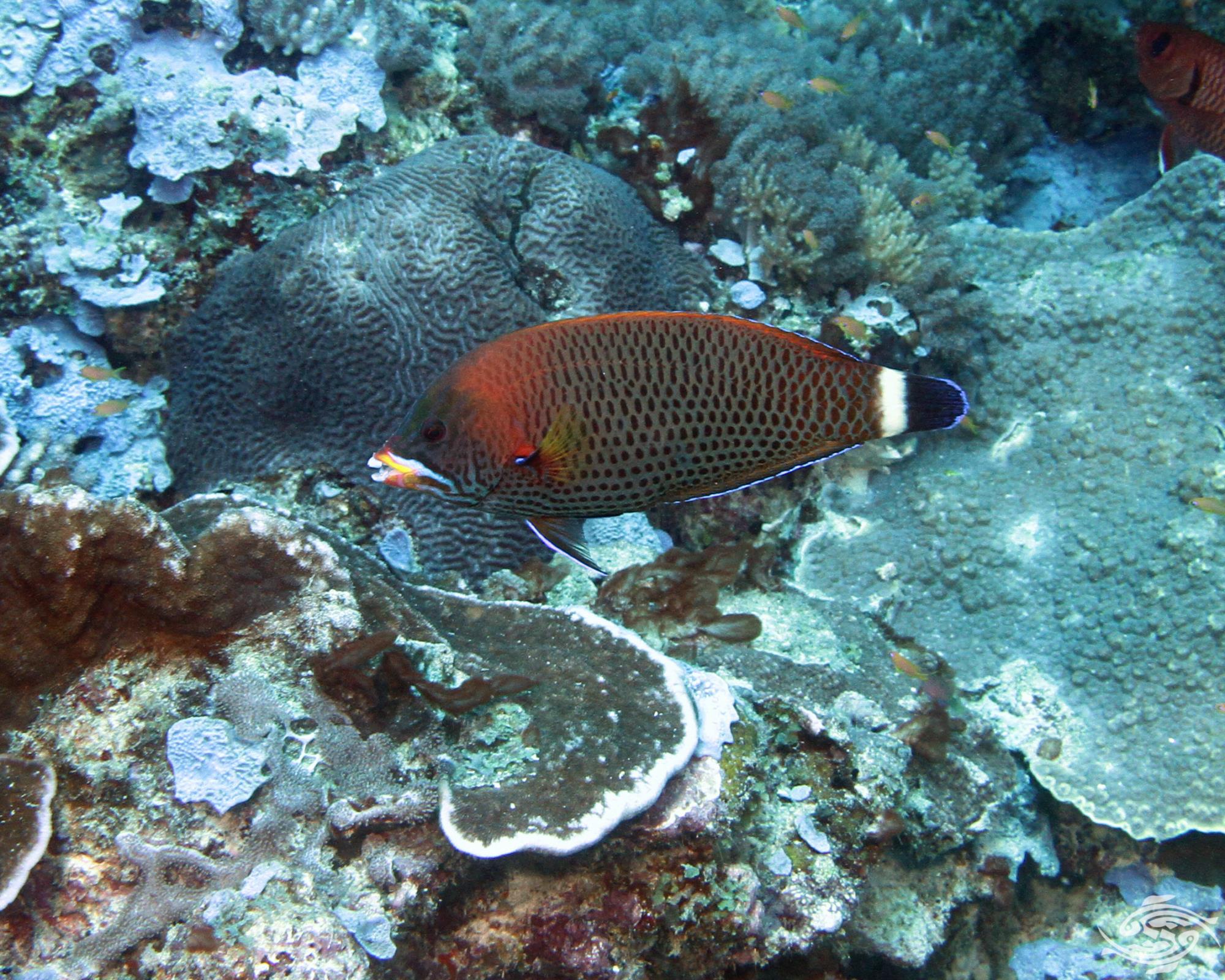 The Chiseltooth wrasse, Pseudodax moluccanus is not a common wrasse on Tanzanian reefs but neither are they that rare. They tend to favor specific areas of the reef and if one dives in these areas one will see them. They obtain their name from their chisel shaped teeth which are used to scrape food off of rocks and coral. 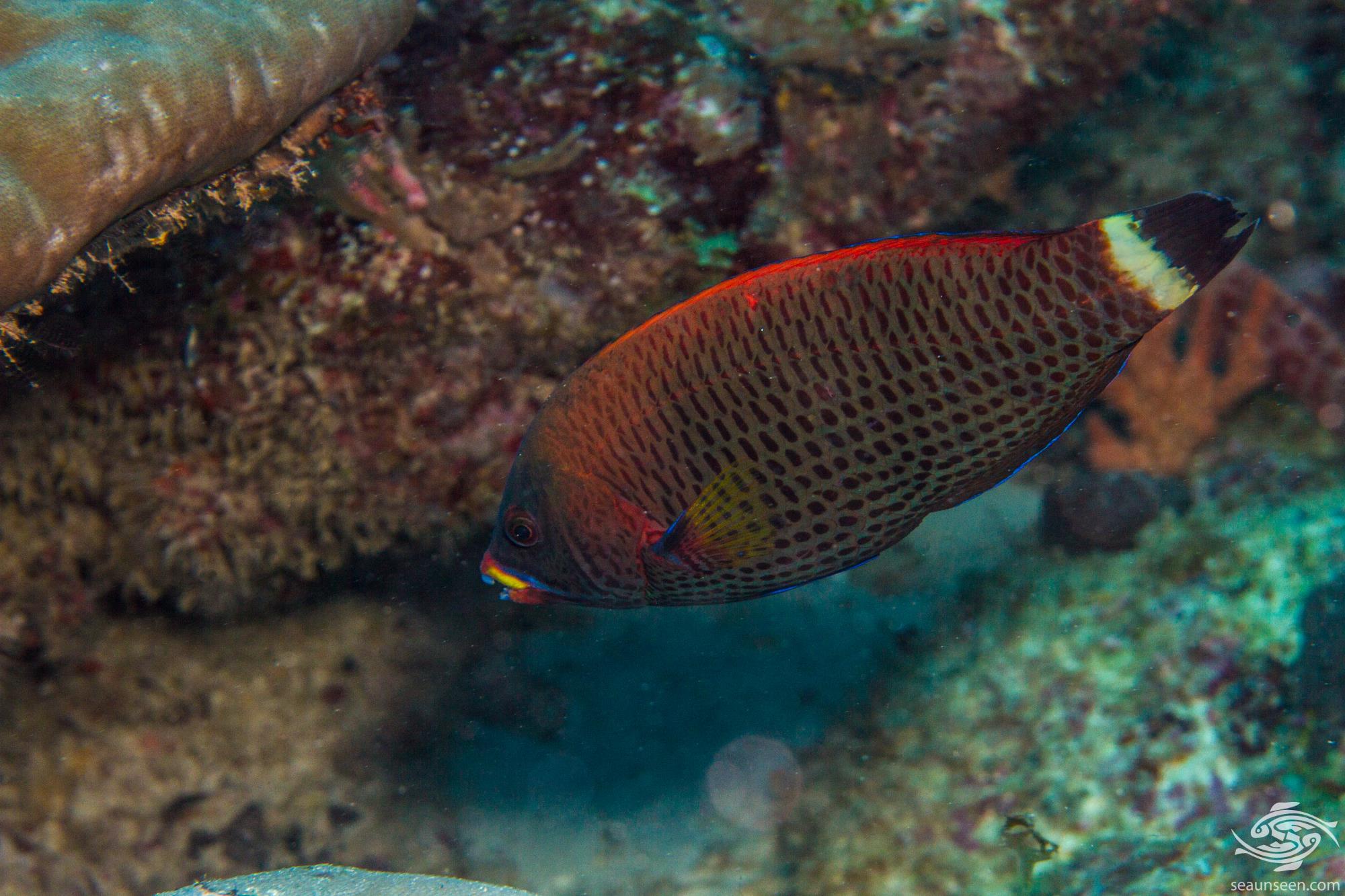 As with many wrasses the colouration changes from the adults to the juveniles. The  juveniles pictured below have numerous black spots on the body with thin green blue lines inbetween with two bright blue stripes across the upper and lower body. There is a white bar on the caudal fin. As they mature so the blue stripes fade and the body goes a reddish brown colour. The head and dorsal area are more of a red orange color and the upper lip has a yellow stripe across it going back onto the body.  The bar in the caudal area remains, but tends to be more yellow than white. The larger males grow up to 30 cm but are usually slightly smaller. Females are usually in the 15 to 20 cm range. 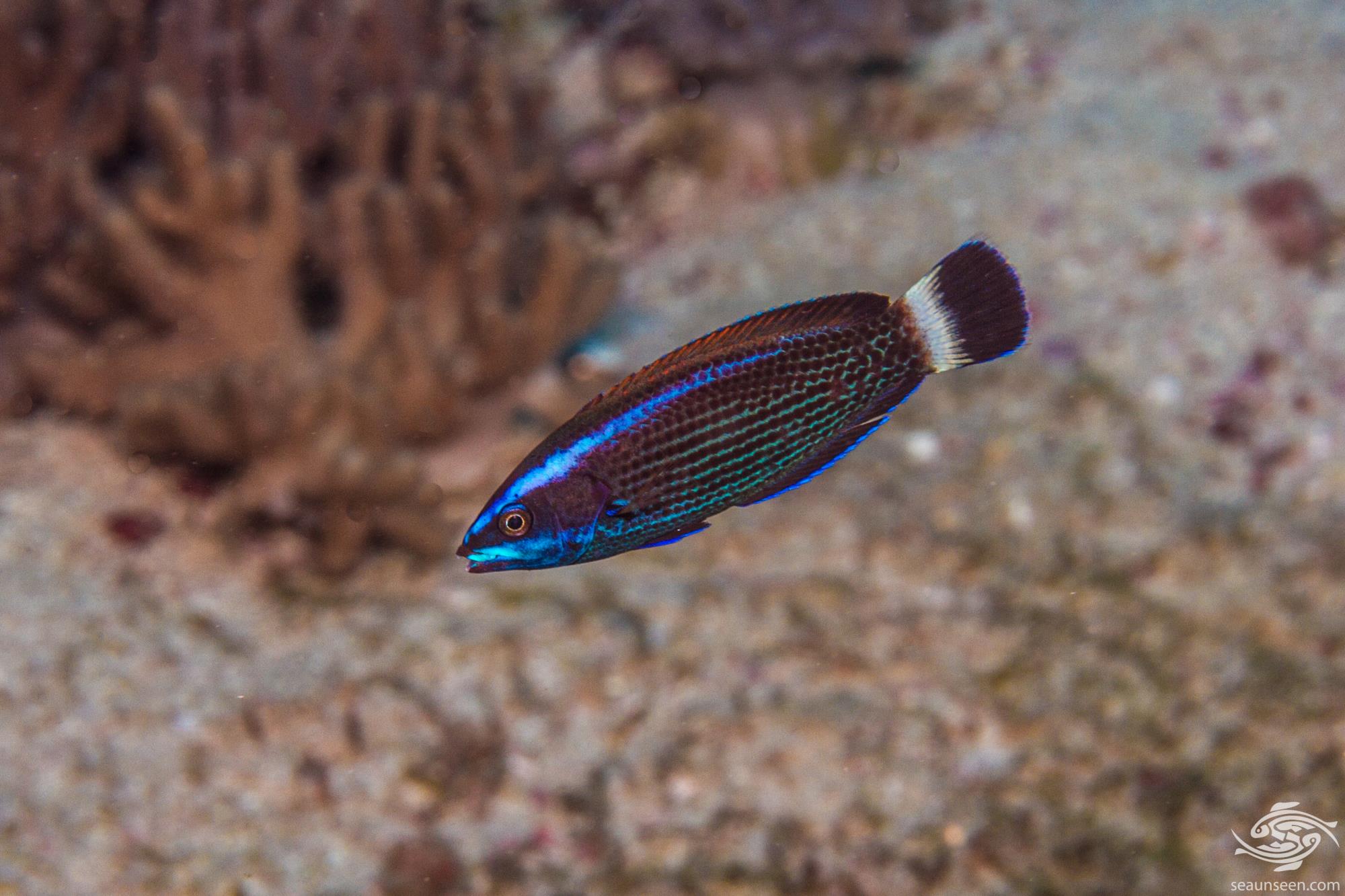 CHISELTOOTH WRASSE IN THE WILD

The adult Chiseltooth wrasse are quite active fish and are usually seen singularly feeding across the reef. They are quite difficult to approach closely and generally head away from divers. The juveniles are usually seen along the top of deep drop offs and sometimes inside caves in these areas.  They will dig into sand if they feel threatened. 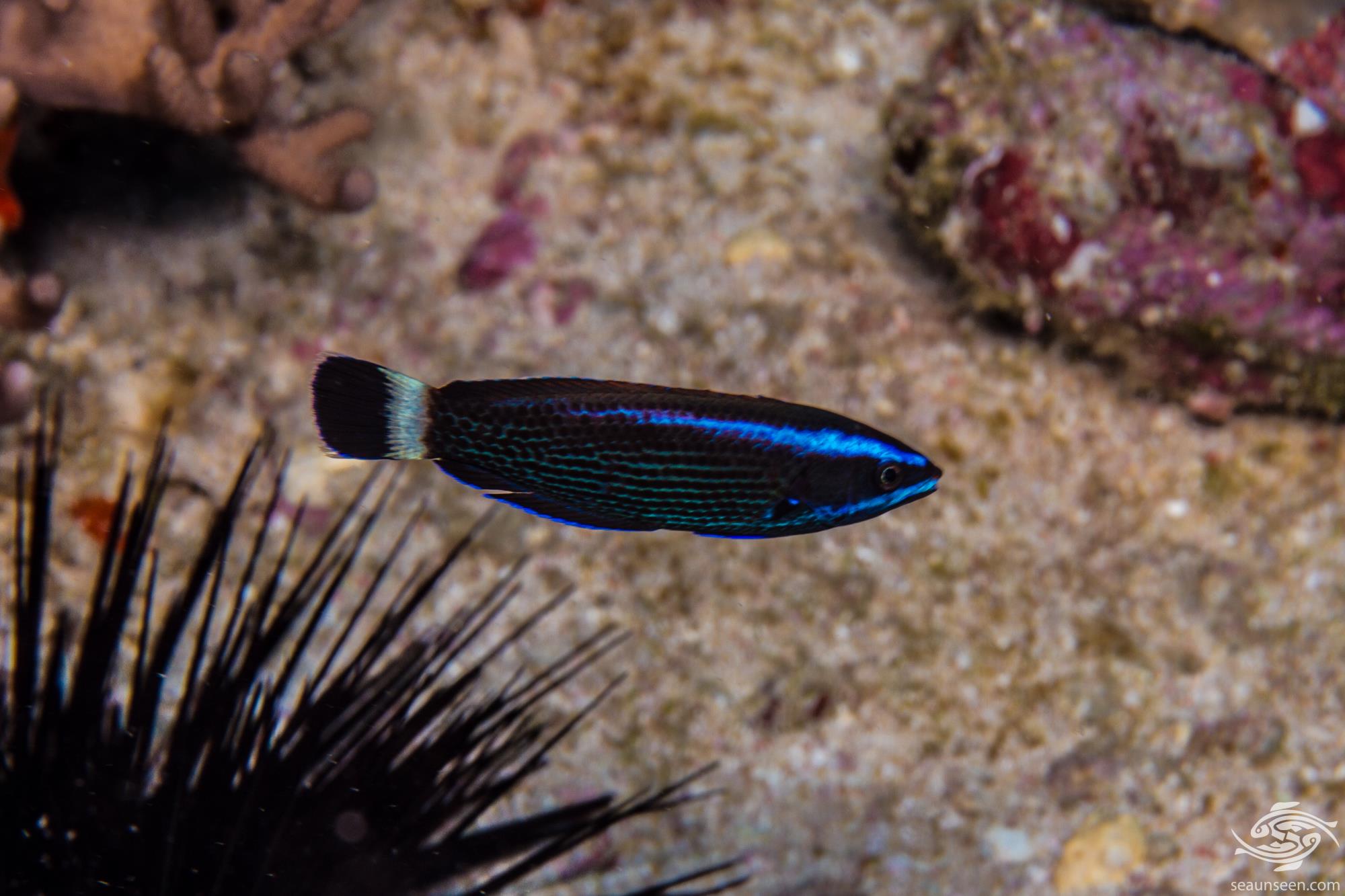 The Chiseltooth Wrasse, is found across the Indian Ocean from the  Red Sea down to South Africa and across into the Pacific to the Line and Marquesas Islands.  Adults are usually seen on reef tops below 15 meters and juveniles are seen along the top of deep drop offs from 18 meters downwards. 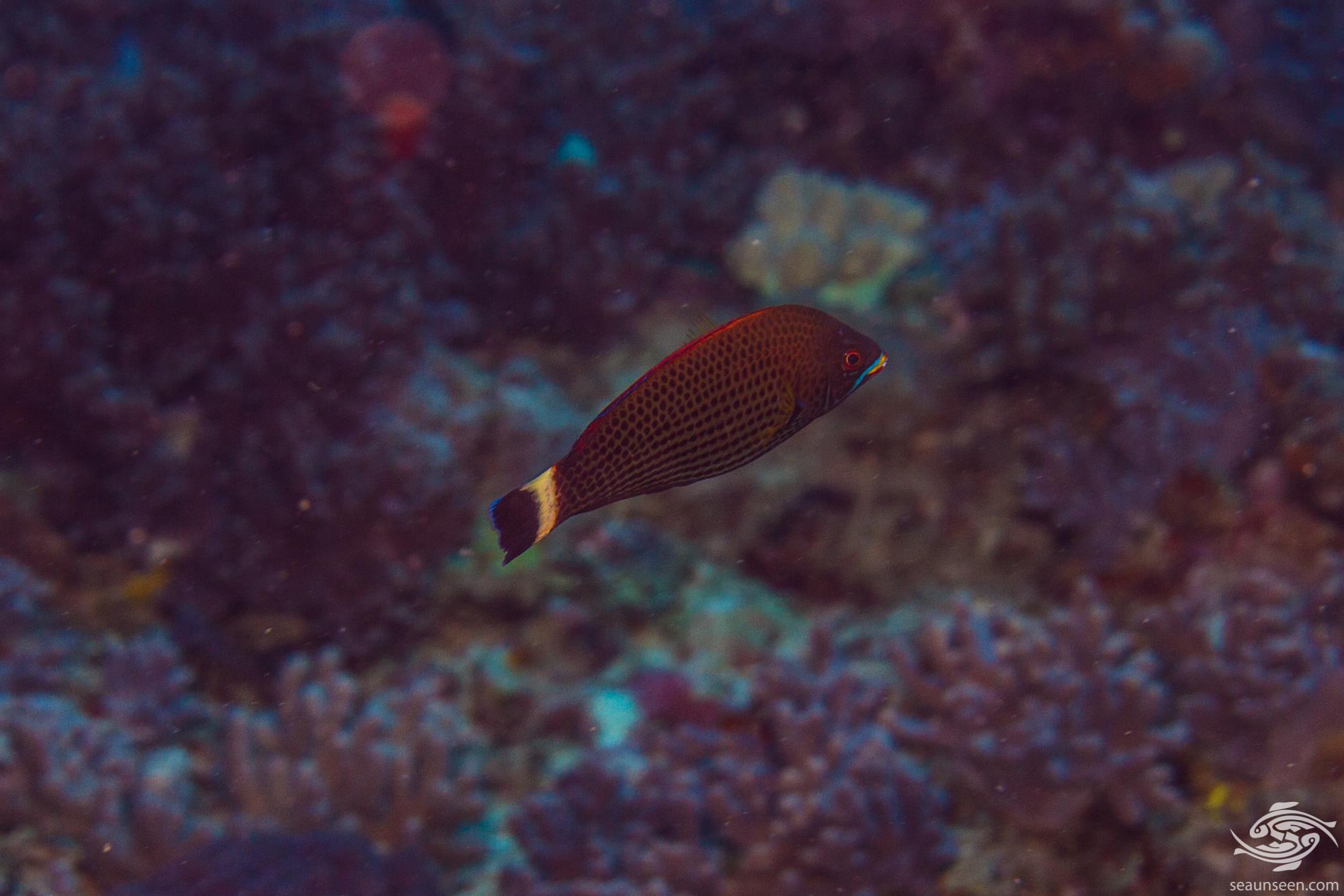 The Chiseltooth Wrasse feed on algae and small crustaceans which they scrape off corals and rocks. Their chisel shaped tooth is ideal for this type of feeding. They are closely related to Parrot Fish which feed in a similar fashion.  The juveniles which with their blue stripes resemble the Blue Streak Cleaner Wrasse have been seen cleaning parasites and tissue off client fish  in a similar fashion to the cleaner wrasse. 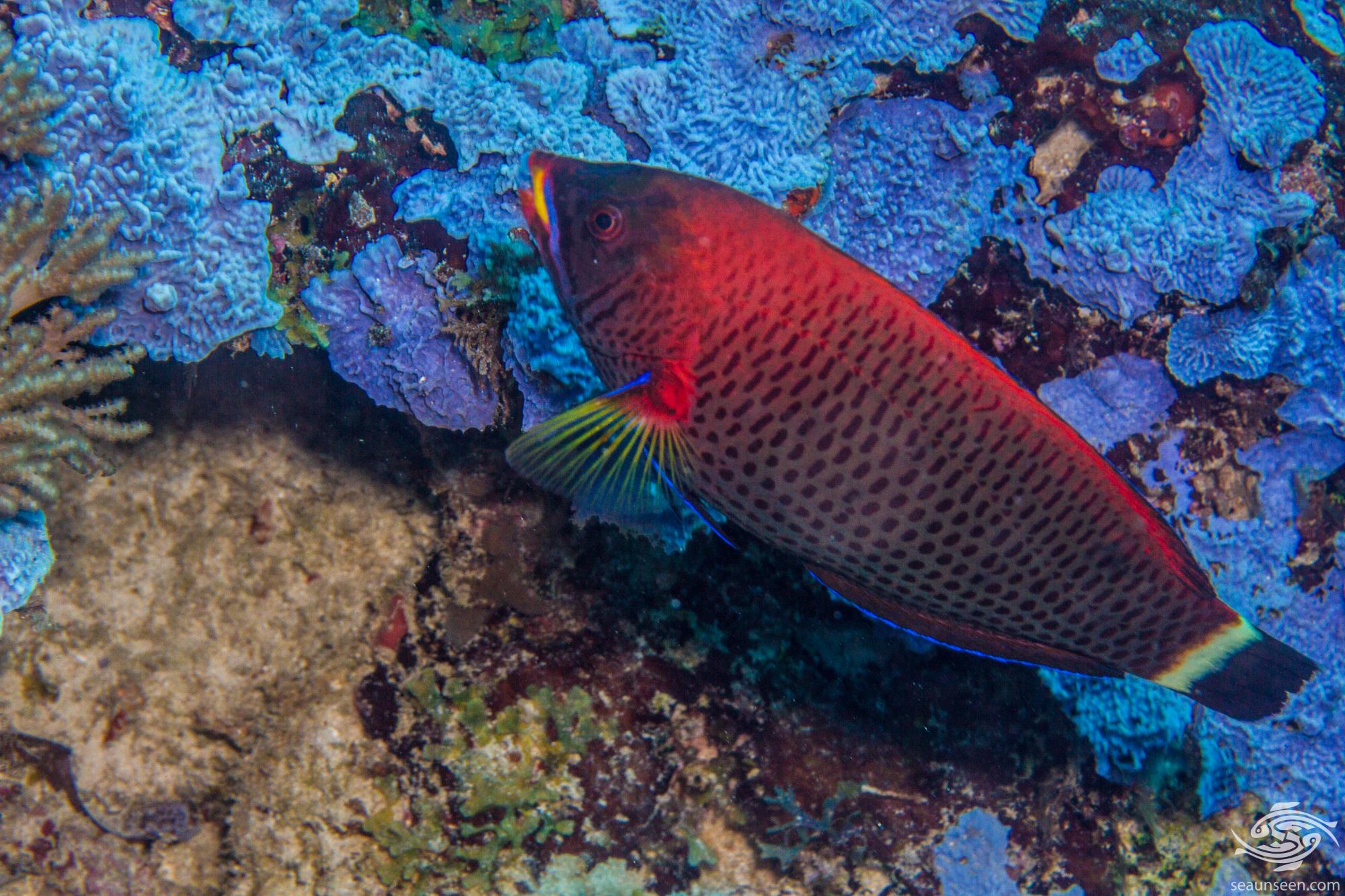 The Chiseltooth Wrasse is a Protogynous hermaphrodite, they first develop into females. Some specimens based on social cues transform into males. They are Oviparous, with the dominant male running a harem or at times several harems of females. Little is known of their breeding habits but occasionally a dominant male will be seen pursuing a female. 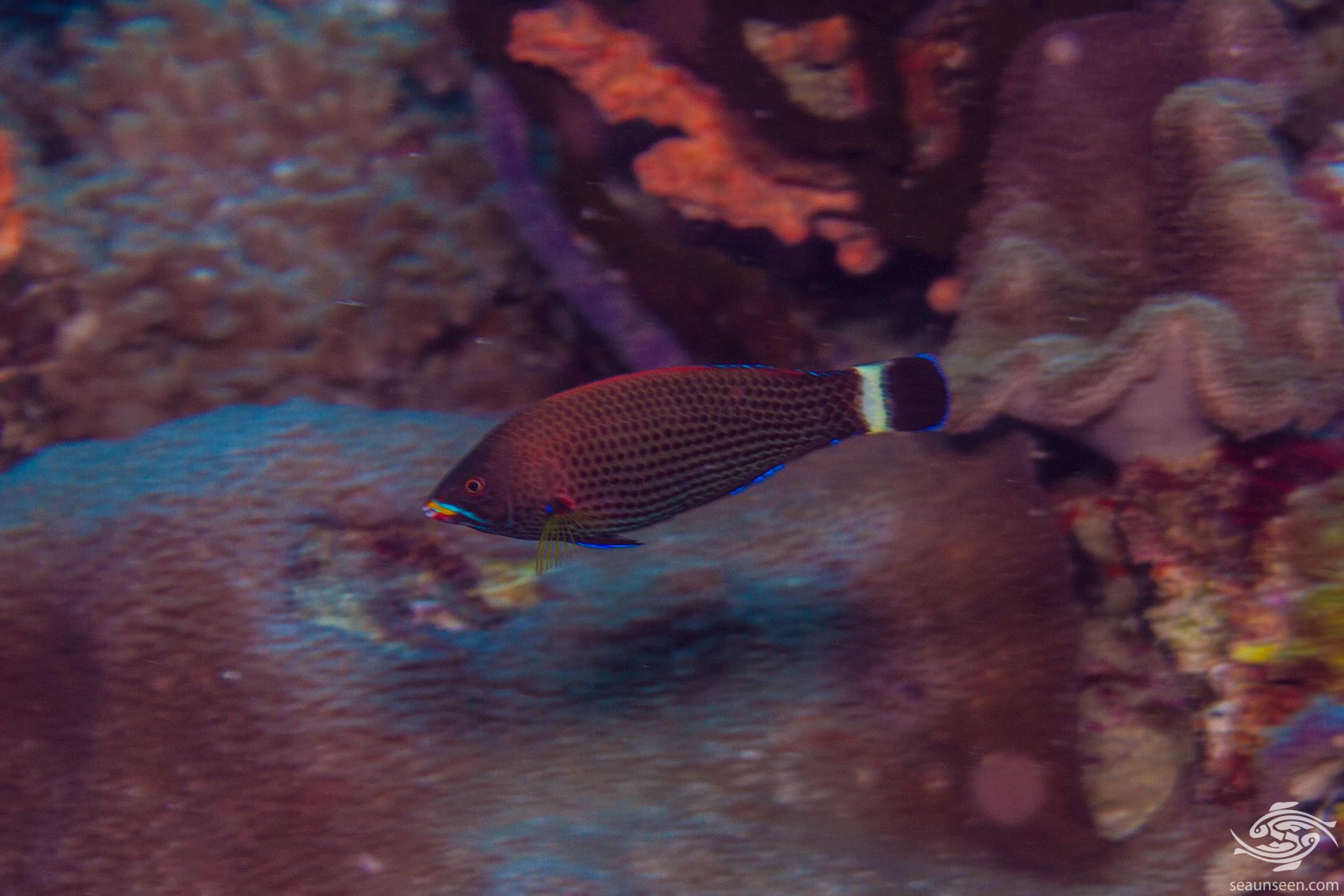 Chiseltooth  Wrasse are not commonly kept in aquariums and because of their potential size of up to 30 cm one would require a large aquarium.  They require good hiding places and plenty of water to swim in. They also need thick sand to burrow into. These fish will almost certainly jump out a tank if given the chance. 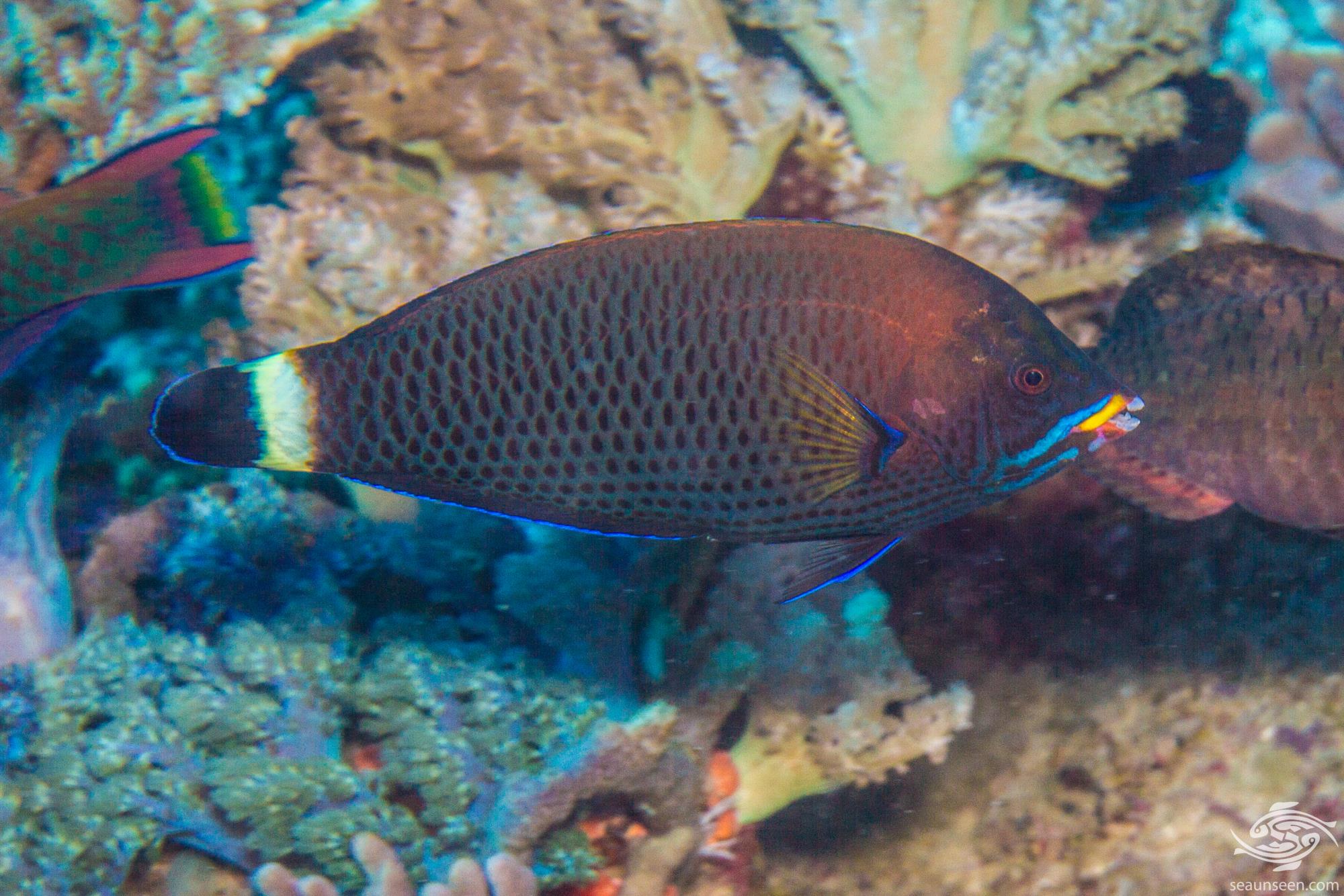