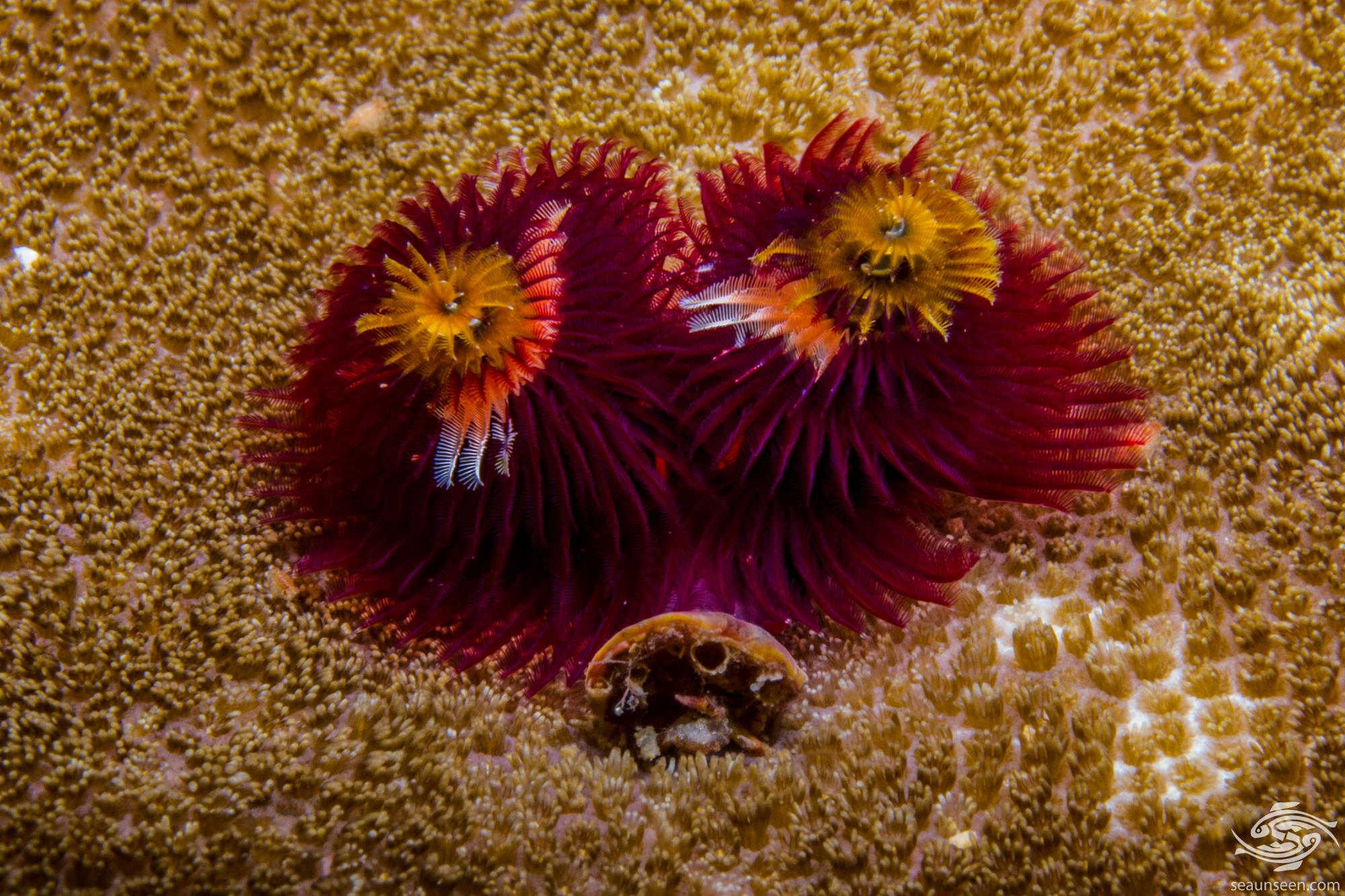 Christmas Worms ( Spirobranchus giganteus)  are common inhabitants of the reefs in Tanzania. Because of their small size they are not always immediately noticeable. However because of the large diversity in colouration some of them are extremely attractive as can beseen in the images.

They are  tube-building polychaete worms in the Phylum Annelida. The majority of the worm cannot be seen and is encased in a tube that is in hole that it has burrowed into the living coral on which they live.  They seldom if ever leave these burrows. 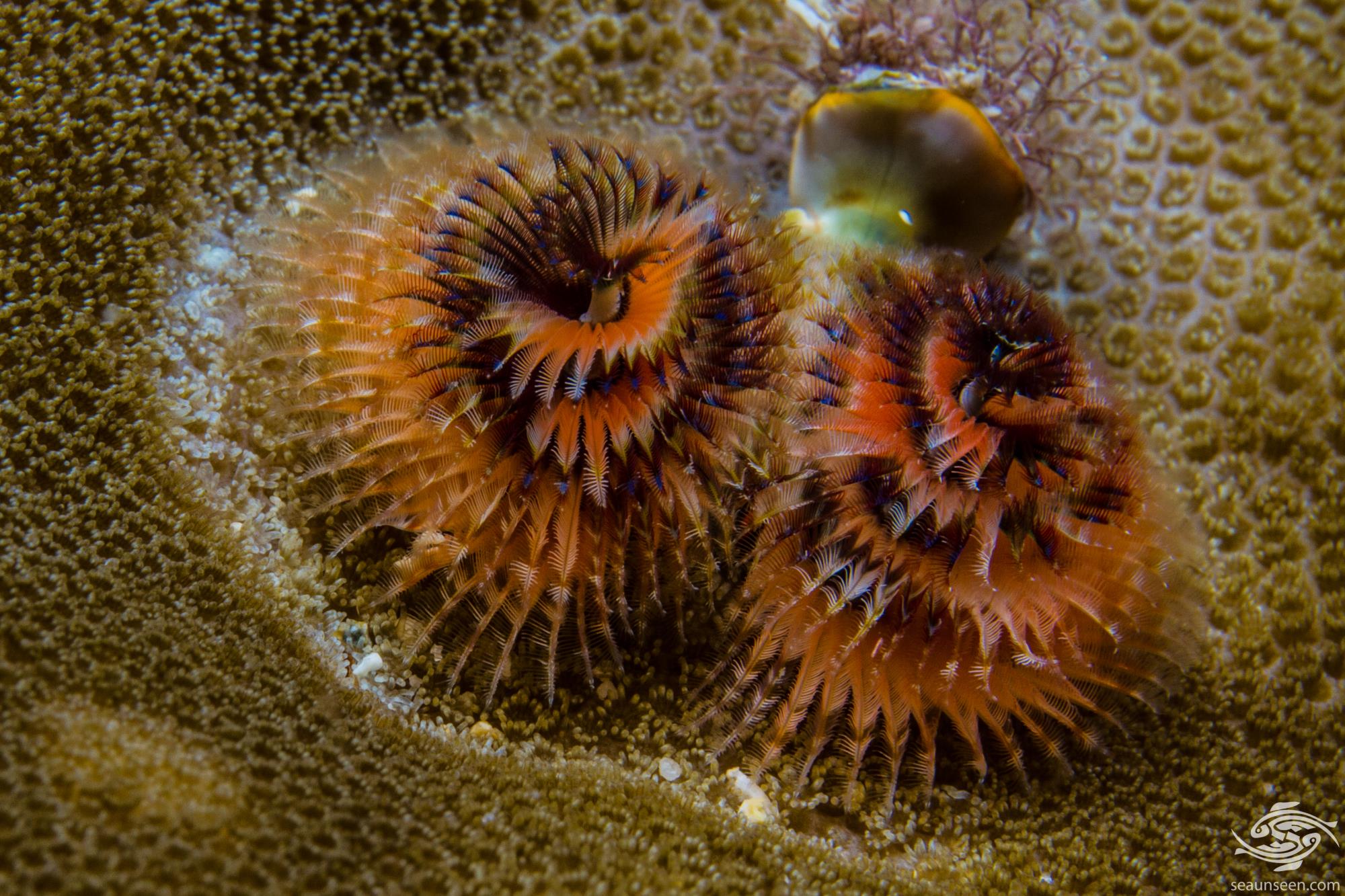 The visible part of the worm which can be seen in the images comprises of two spiral structures which can be extremely colorful on some specimens.  Unlike most other marine polychaete worms they have a modified radiole called the operculum which is used to block off the top of their tube when they retract.  These can be seen in the images either above or below the cones in the images. They often have growth on them which assists in camouflaging the pipe when retracted. 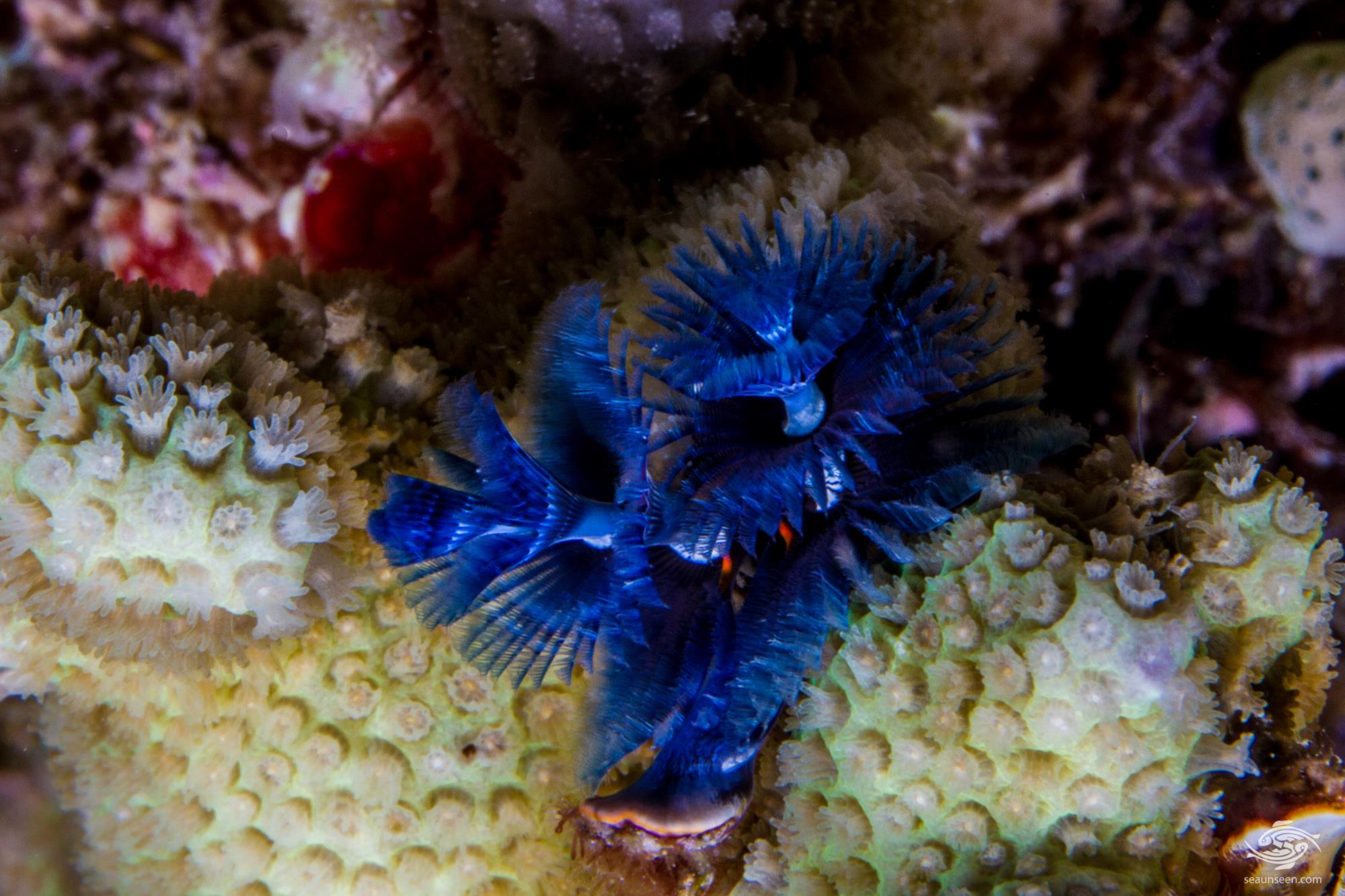 The cones are modified mouthparts which fulfill a dual function.  They are used to filter food out the substrate and are also used for respiration.  Inside the tube is a segmented cylindrical shaped worm with bristles on it that has evolved for a sedentary life in the tube. They are unable to swim and are not very mobile outside the tube. 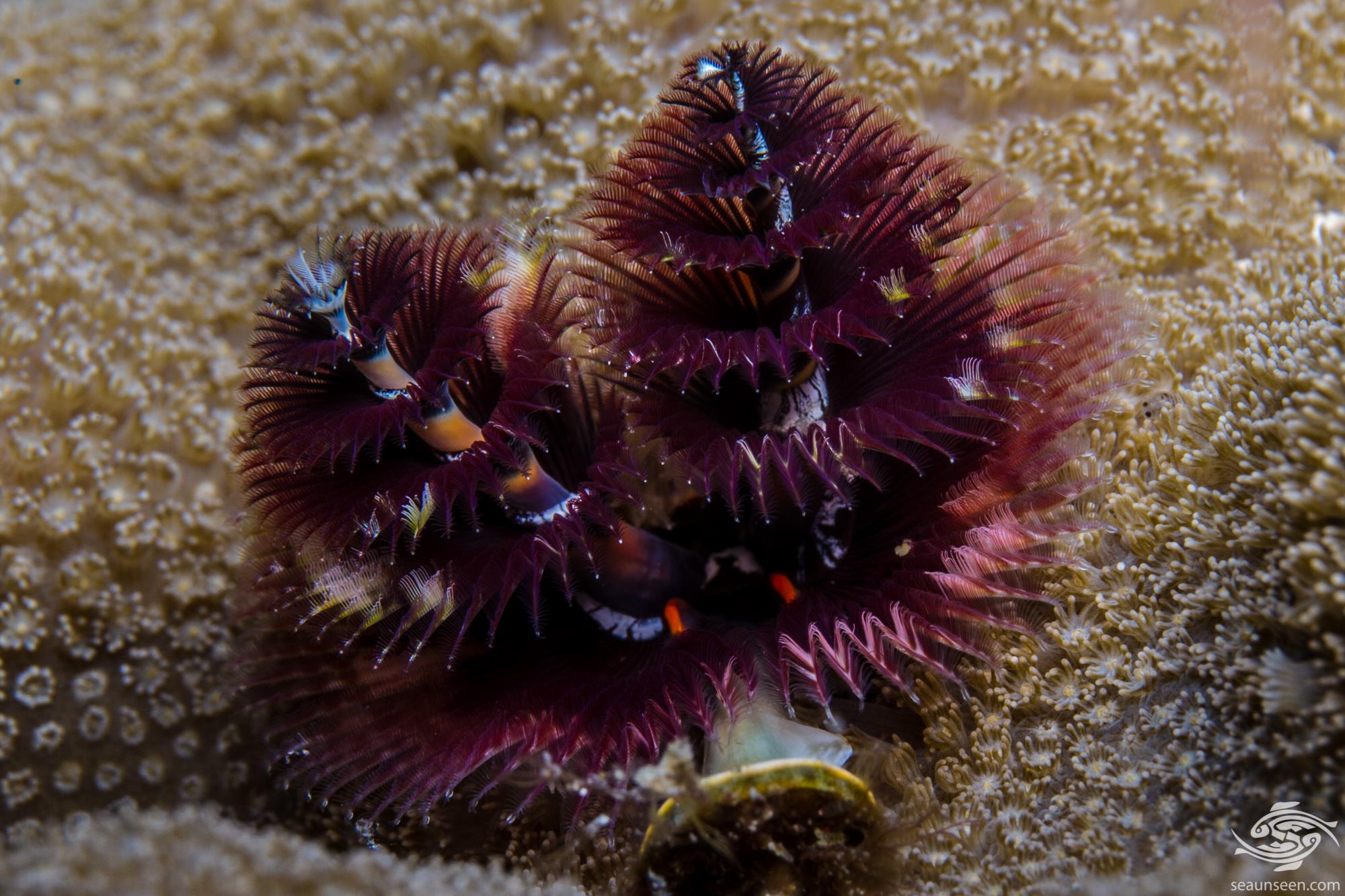 Christmas worms are usually found in areas with high current which assists their filter feeding and certainly in Tanzania waters have a preference for Porites corals. They are extremely sensitive to movements nearby, a touch on the coral and to shadows. They rapidly retract if they sense that there is something above them. The best time to photograph them is at night. They have been known to live for up to 30 years in the wild. 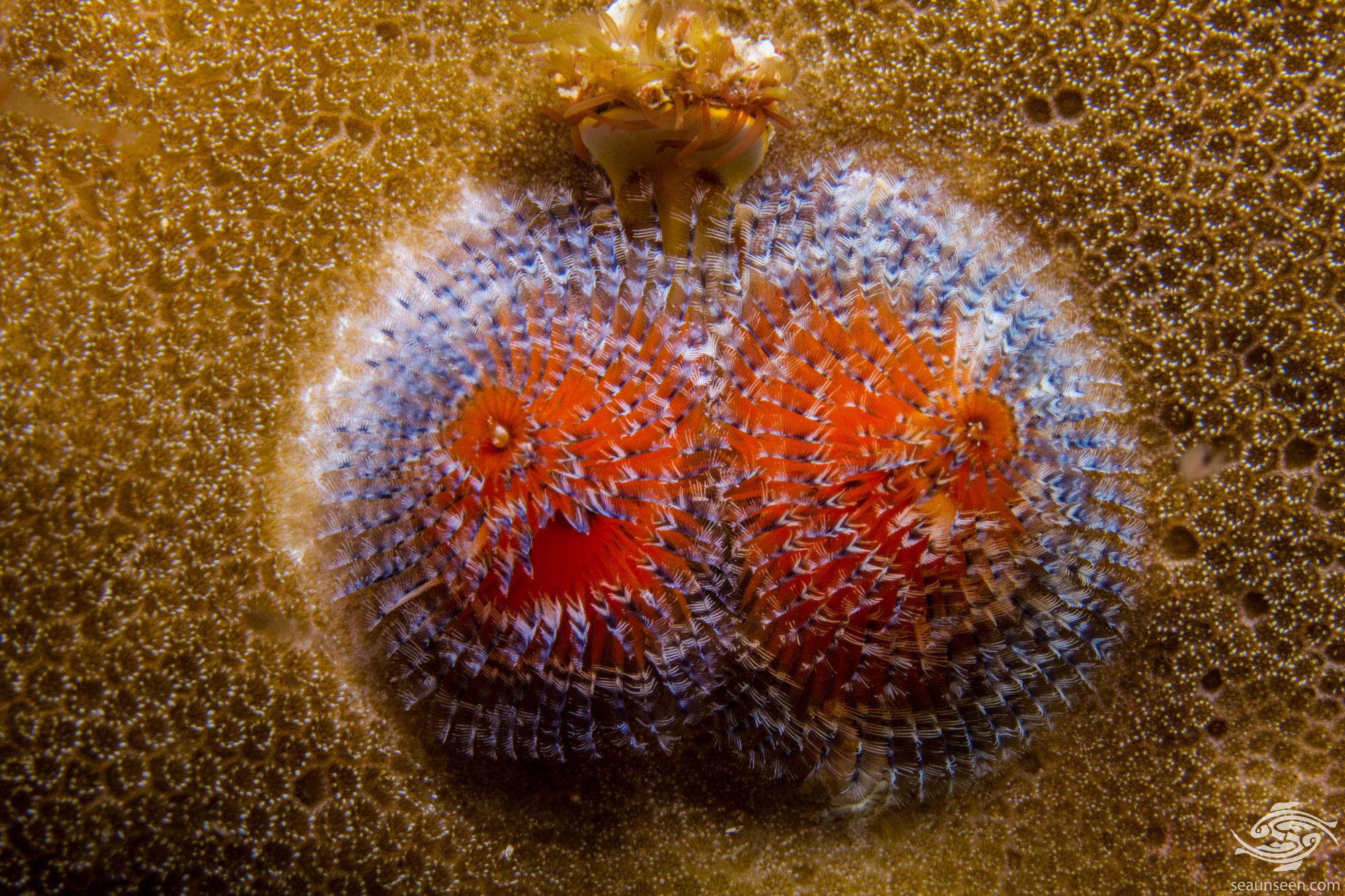 Christmas worms are found throughout the worlds tropical oceans ocean’s in depths from 1 meter downwards. 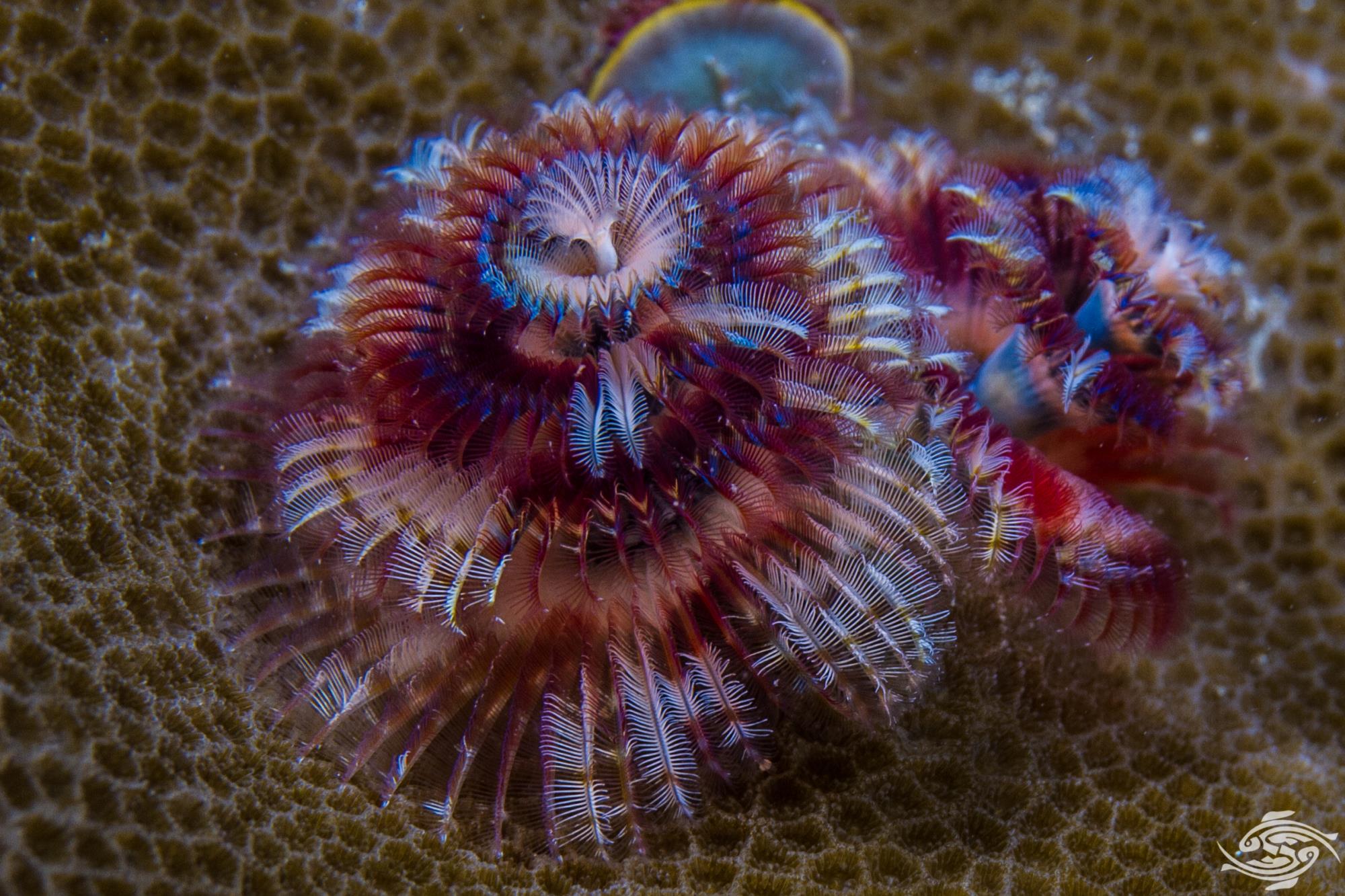 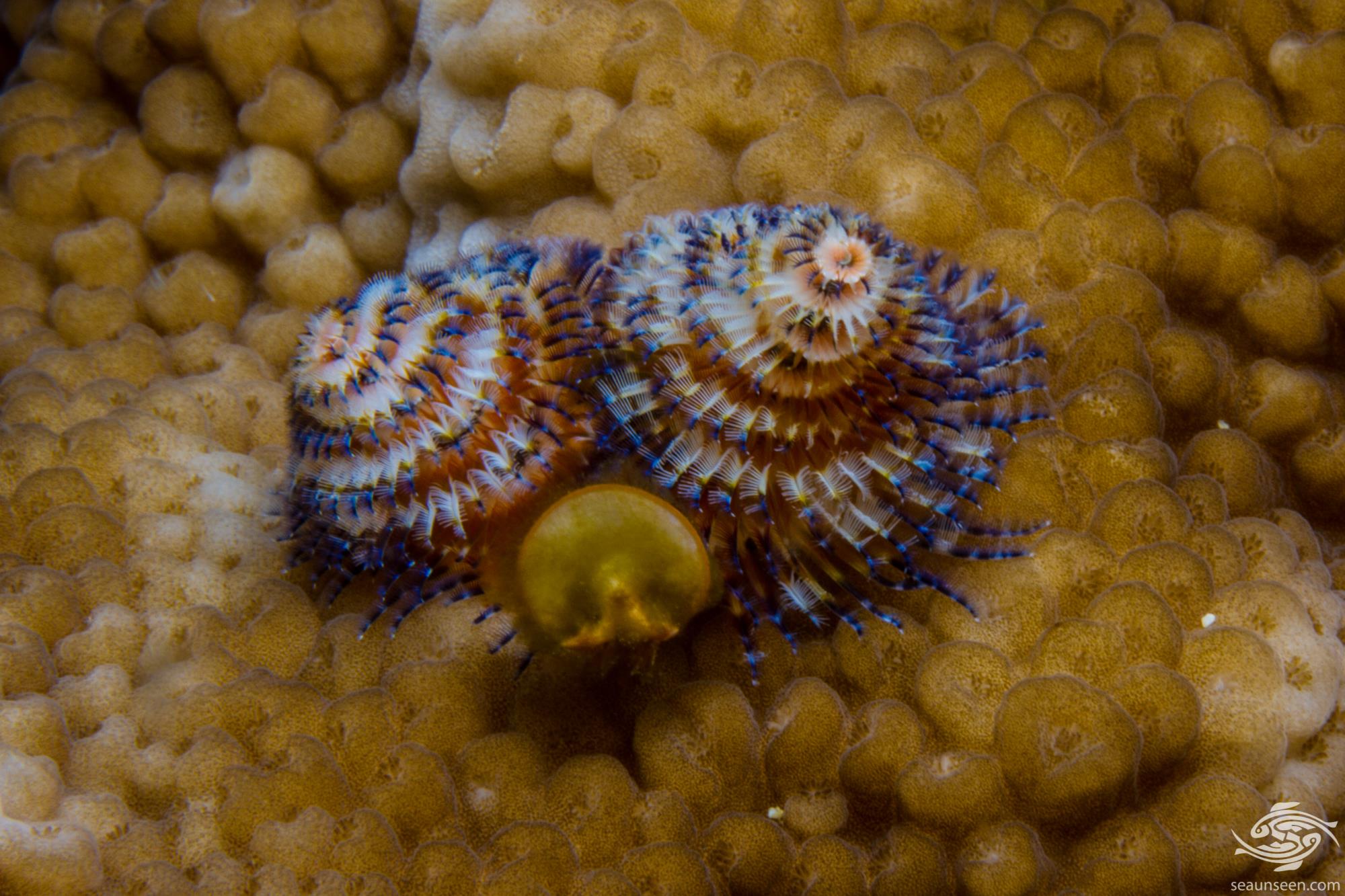 Christmas worms are either male or female and eggs and sperm are released into the substrate where they float as planktonic matter and hopefully meet up with each other. This is known as broadcast spawning. It is possible that these releases are triggered by external factors such as moon phases or tides but more research needs to be done.  Once fertilized larvae hatch from the eggs and float in the substrate until they settle on a suitable spot and develop into adults. 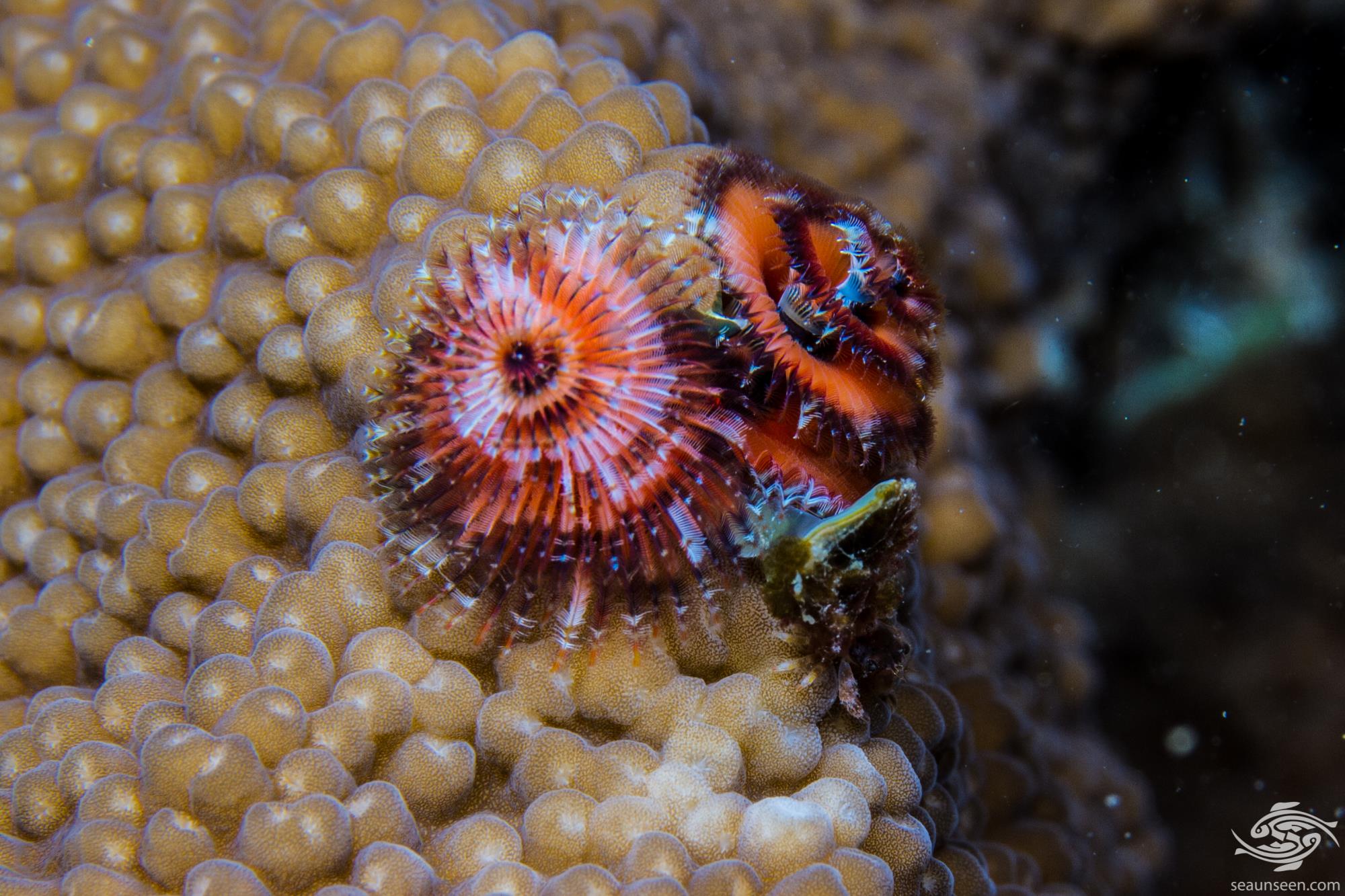 They are kept by some aquarists, but are recommended only for advanced aquarists. Not only does one have to keep the worms fed, but also the coral in which they are resident. Most of the Large Polyp Stony Corals are difficult to keep healthy particularly for beginners. The worms can survive without the corals being alive but if the corals die there is a good chance that one’s water will become fouled. 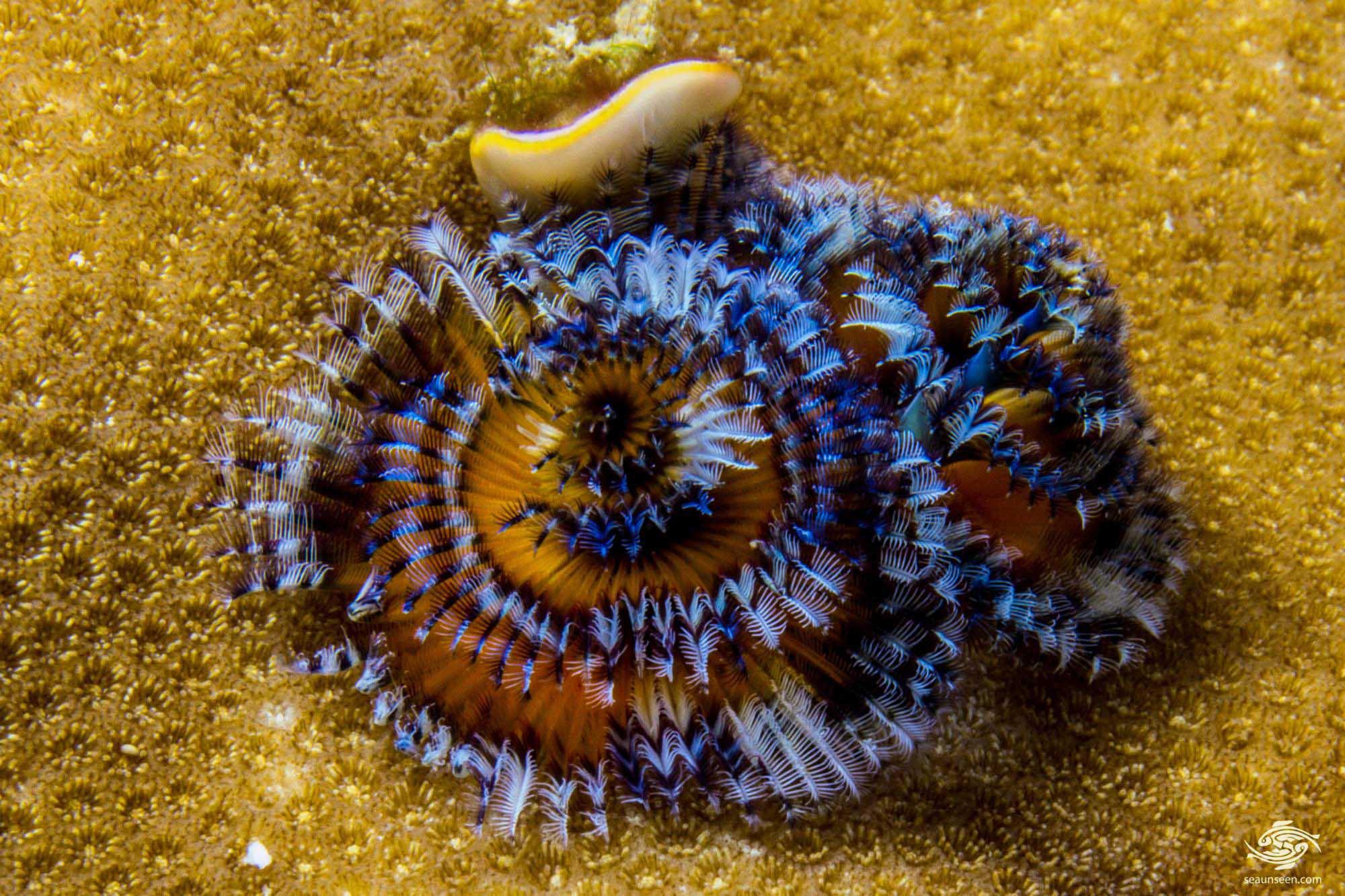