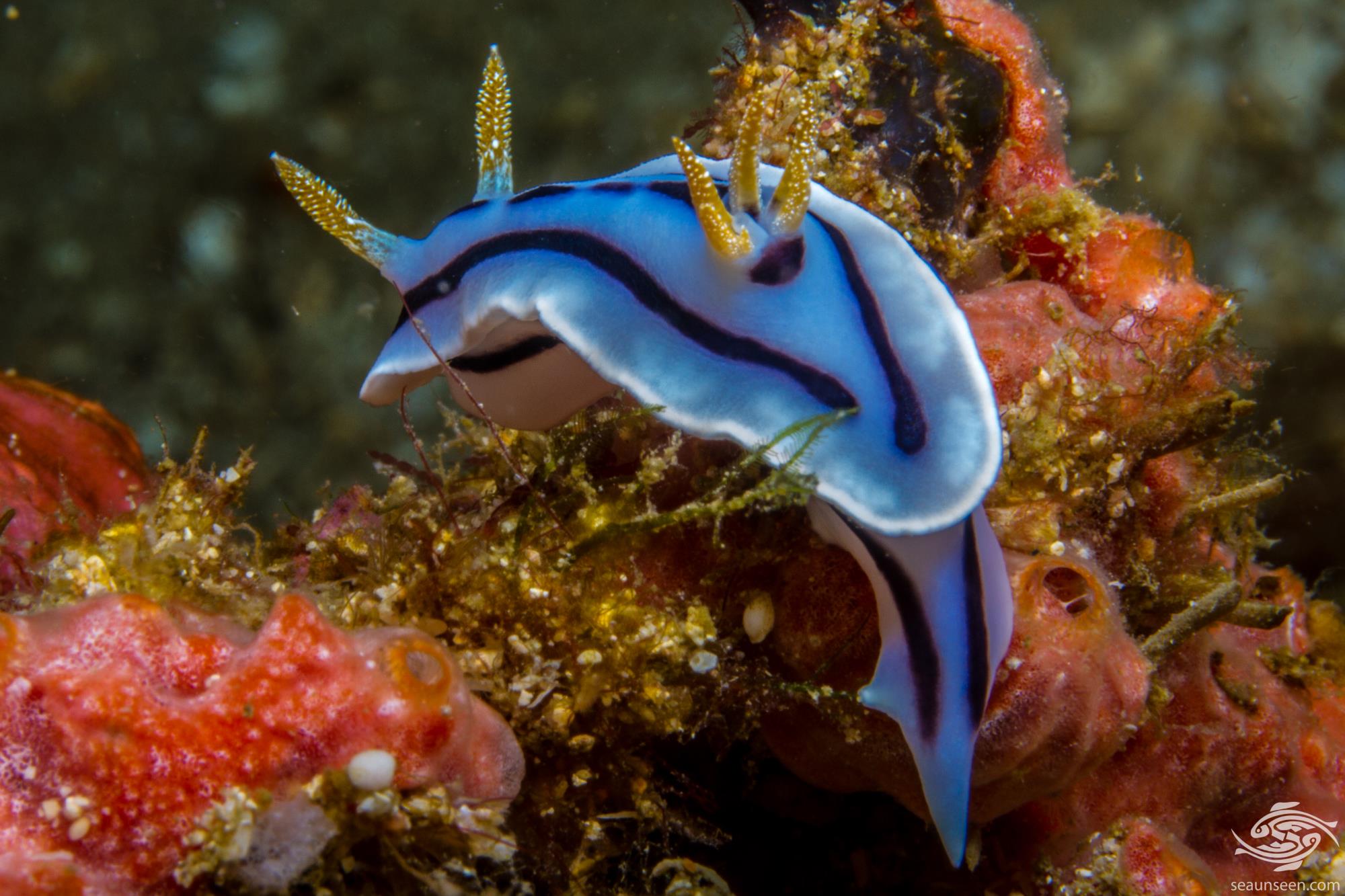 Chromodoris willani  is a species of colourful sea slug. They are dorid nudibranchs, marine gastropod molluscs found across the Western Pacific Ocean and the Indian Ocean. On the Tanzanian coast they are common particularly on seaward steep drop offs. 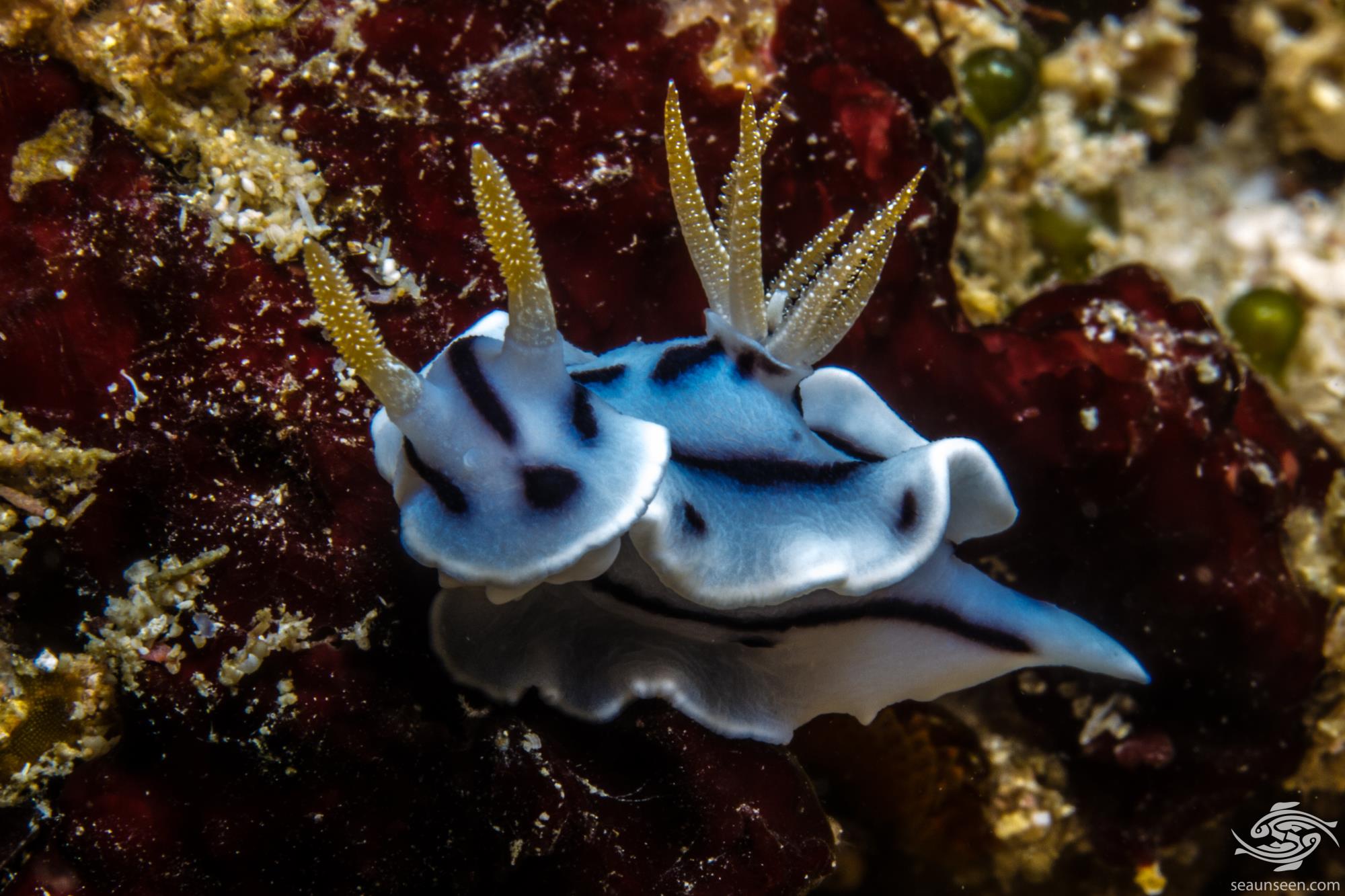 Chromodoris Willani have an elongated oval shape and smooth skin.  The upper body varies greatly in color from white to blue. The specimens in Tanzania do not seem to be as dark a blue as elsewhere and a light blue is the darkest we have seen. The rhinopores and gills also vary in color and we have seen them from a light off white color to a light blue light gold colour. Both the rhinopores and the gills have white dots on them which is the distinguishing feature with this species.  There is usually a black line on either side of the body and a line through the middle of the rhinopores which is usually broken. When they are at full stretch they can be up to 50 mm in length. 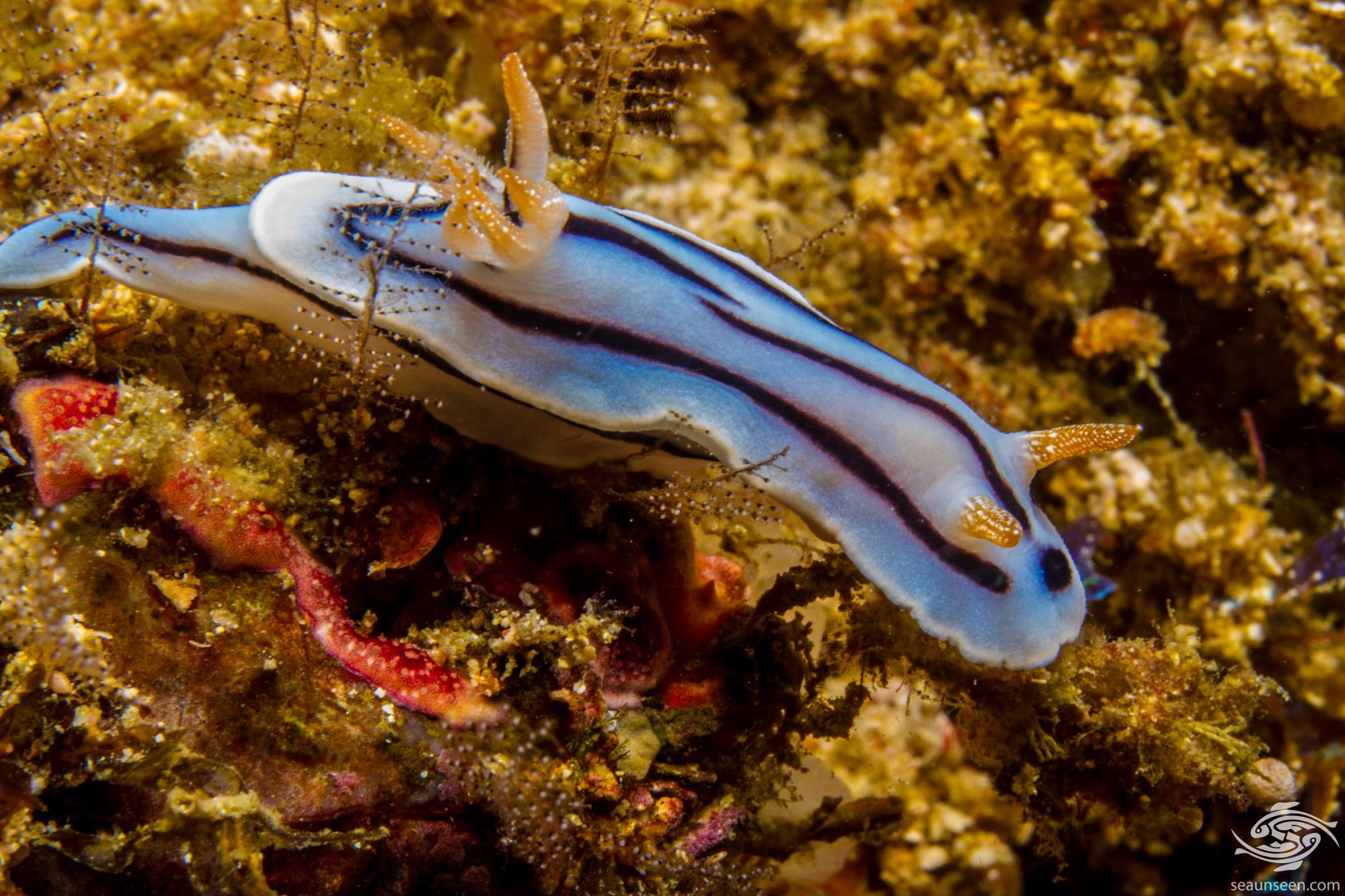 CHROMODORIS WILLANI IN THE WILD

Chromodoris willani are quite common on the walls of seaward reefs and have been seen to depths of at least 35 meters. More often than not they are seen singly but quite often pairs are seen.  They have  the ability to secrete toxic substances which provides protection against predators and as a consequence they seem quite happy being out in the open. This species does not seem to mind lights on them as much as some other species of nudibranchs. 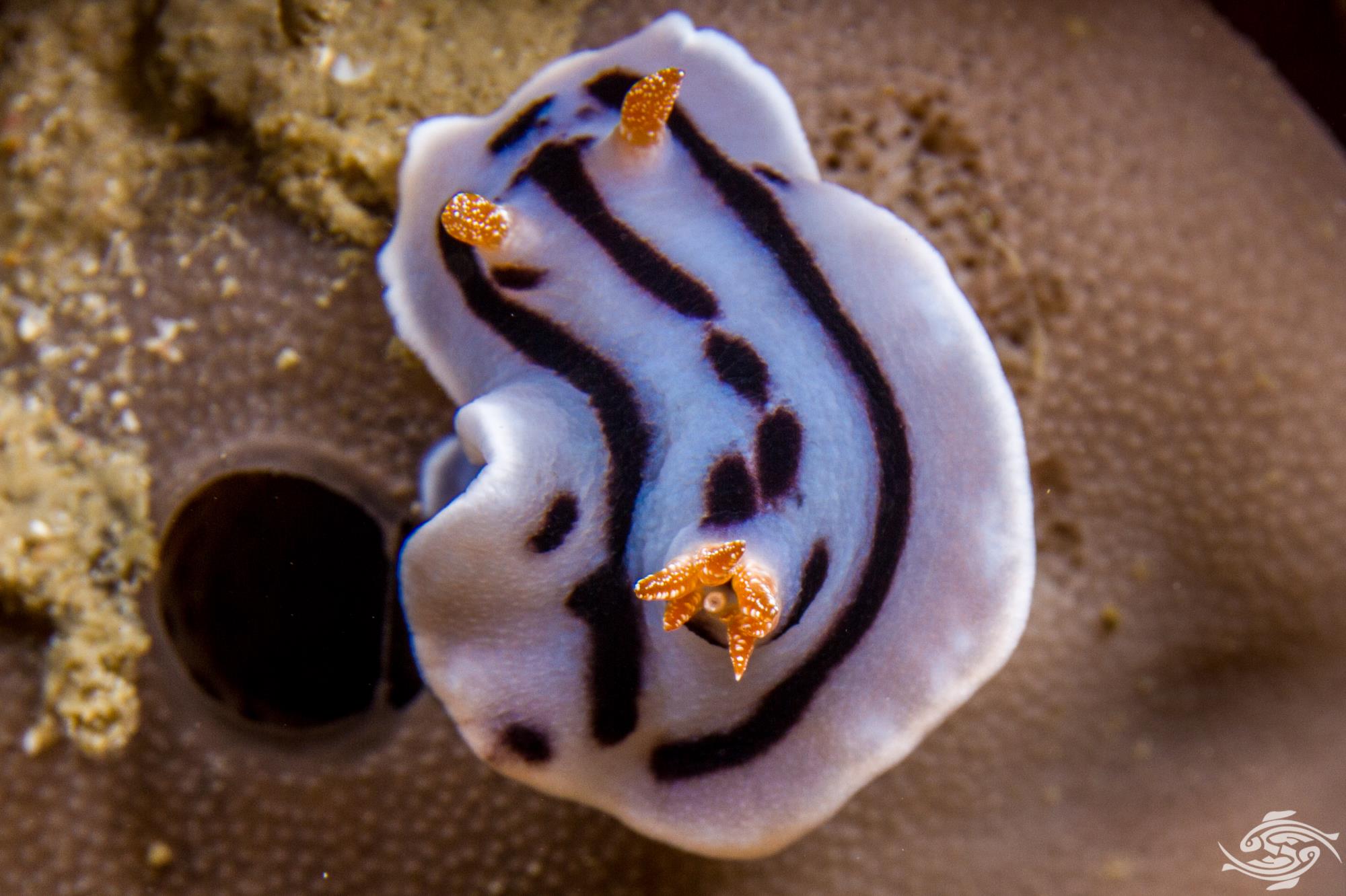 Chromodoris willani is found from the coast of East Africa across into the Western Pacific. They are found on rocky and coral reefs to a depth of at least 35 meters but possibly slightly deeper. 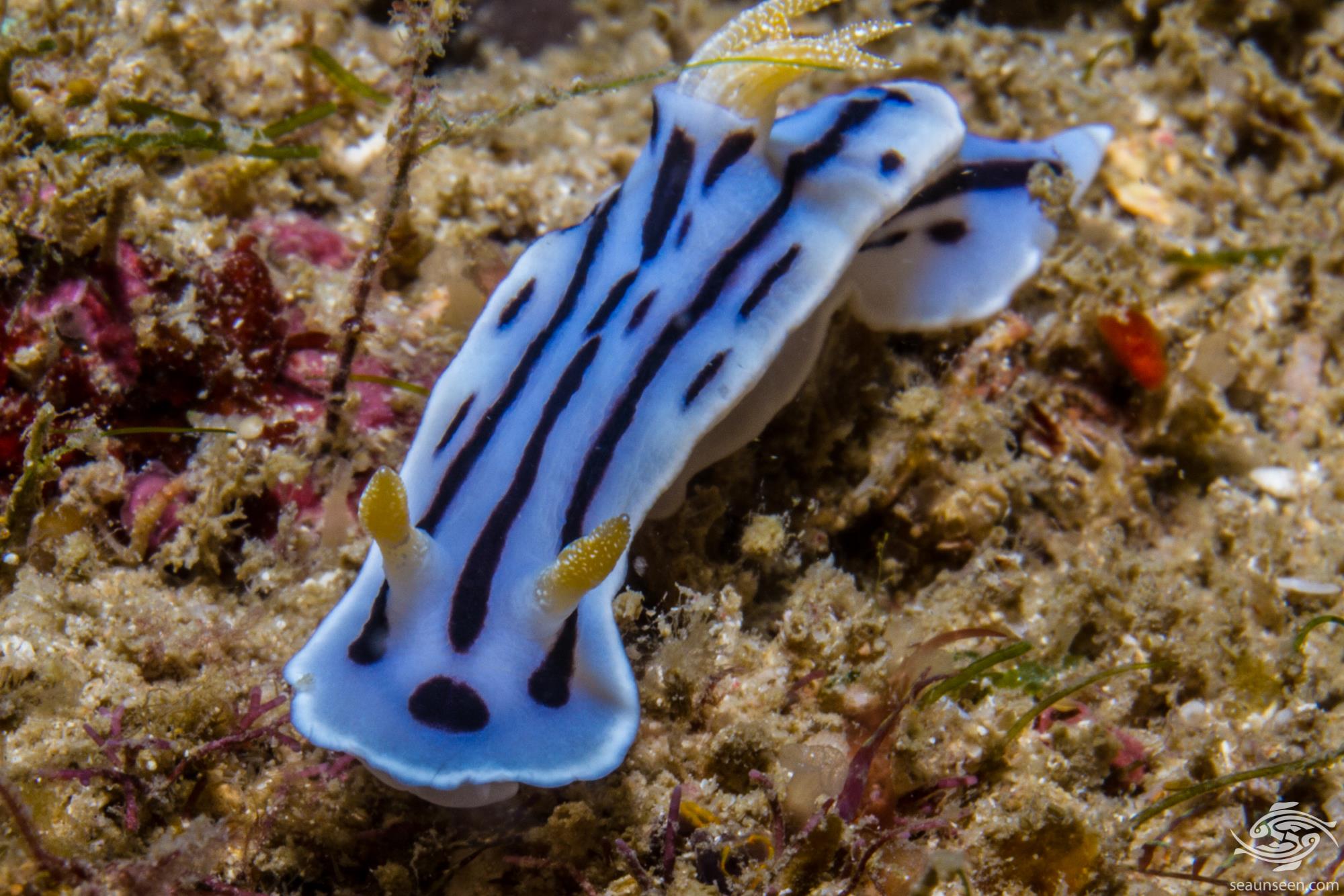 Chromodoris willani feed on sponges and absorb chemicals from the sponges. research in Okinawa found two types of sesterterpenes in their bodies. These were likely synthesized by the nudibranch from the sponges. These may have medical applications in the future for inflammation and anti microbial medication. 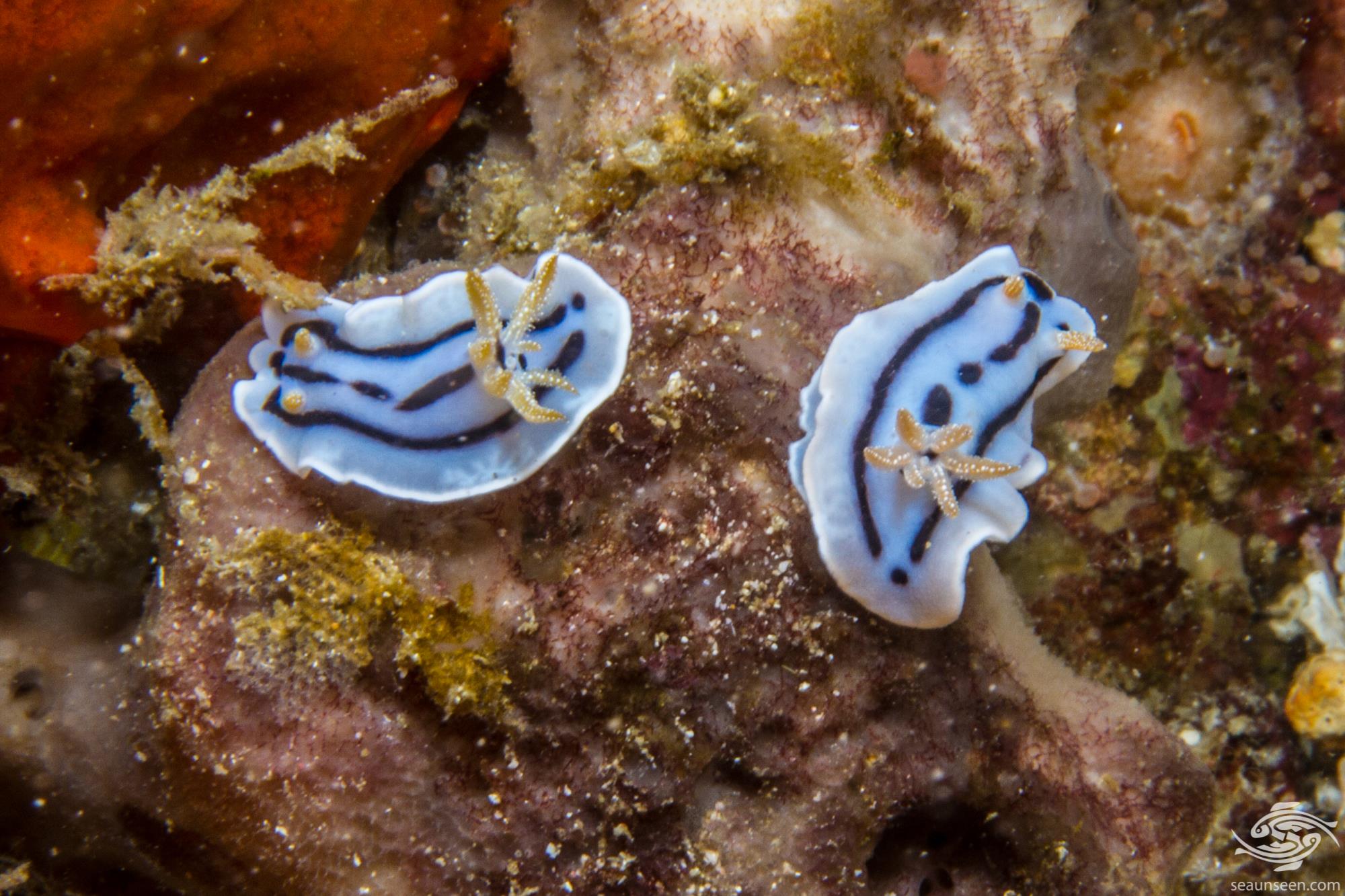 They are simultaneous hermaphrodites and mating takes place by connecting the sexual organs which are on the right hand side of the body. Once the two organs hook up sperm is transfered across to each specimen. Eggs are laid on a solid substrate in a ribbon and when they hatch the larvae become planktonic before growing into adults. The egg ribbons contain powerful toxins and are often brightly coloured which deters predators from eating them. 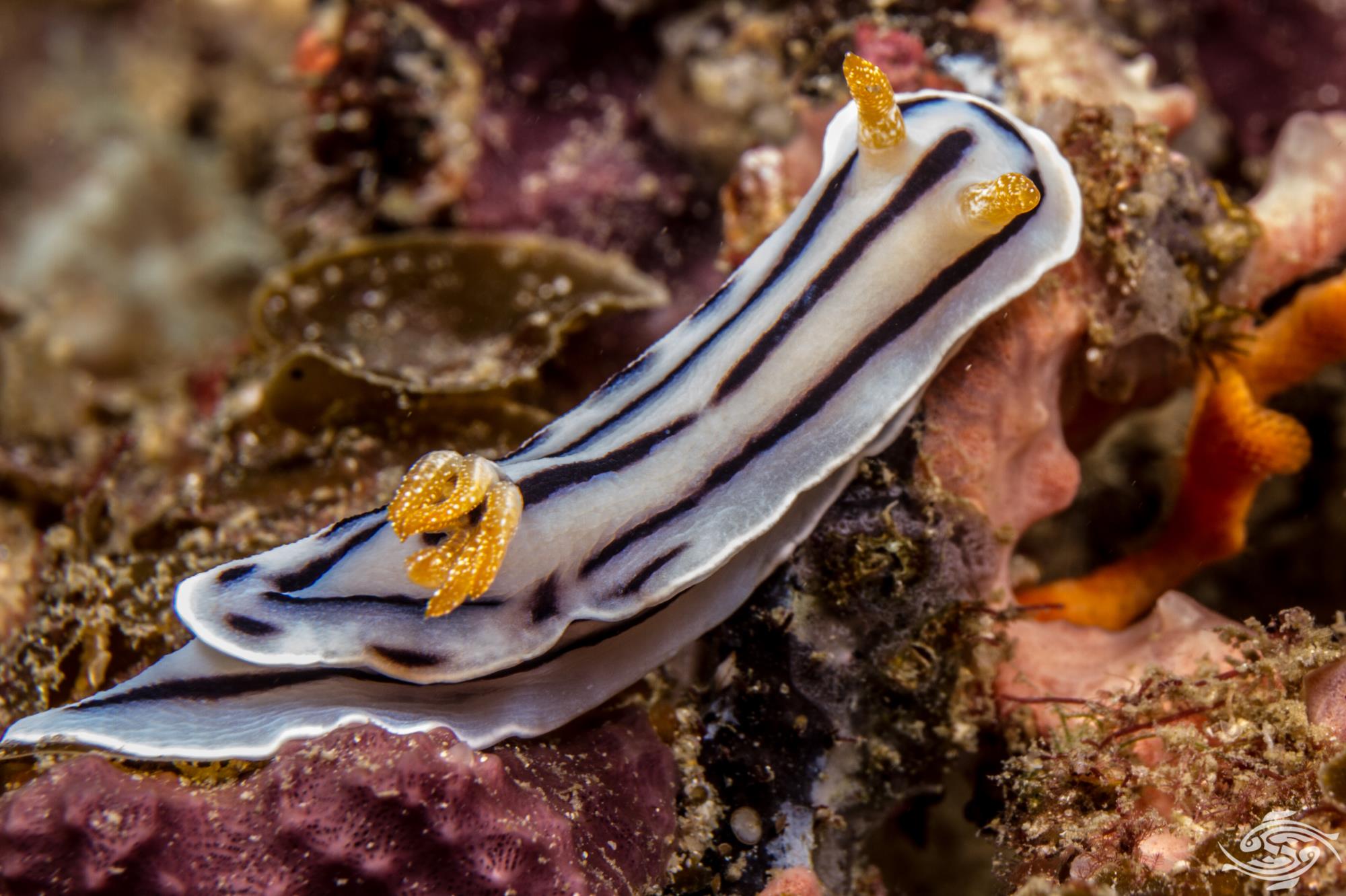 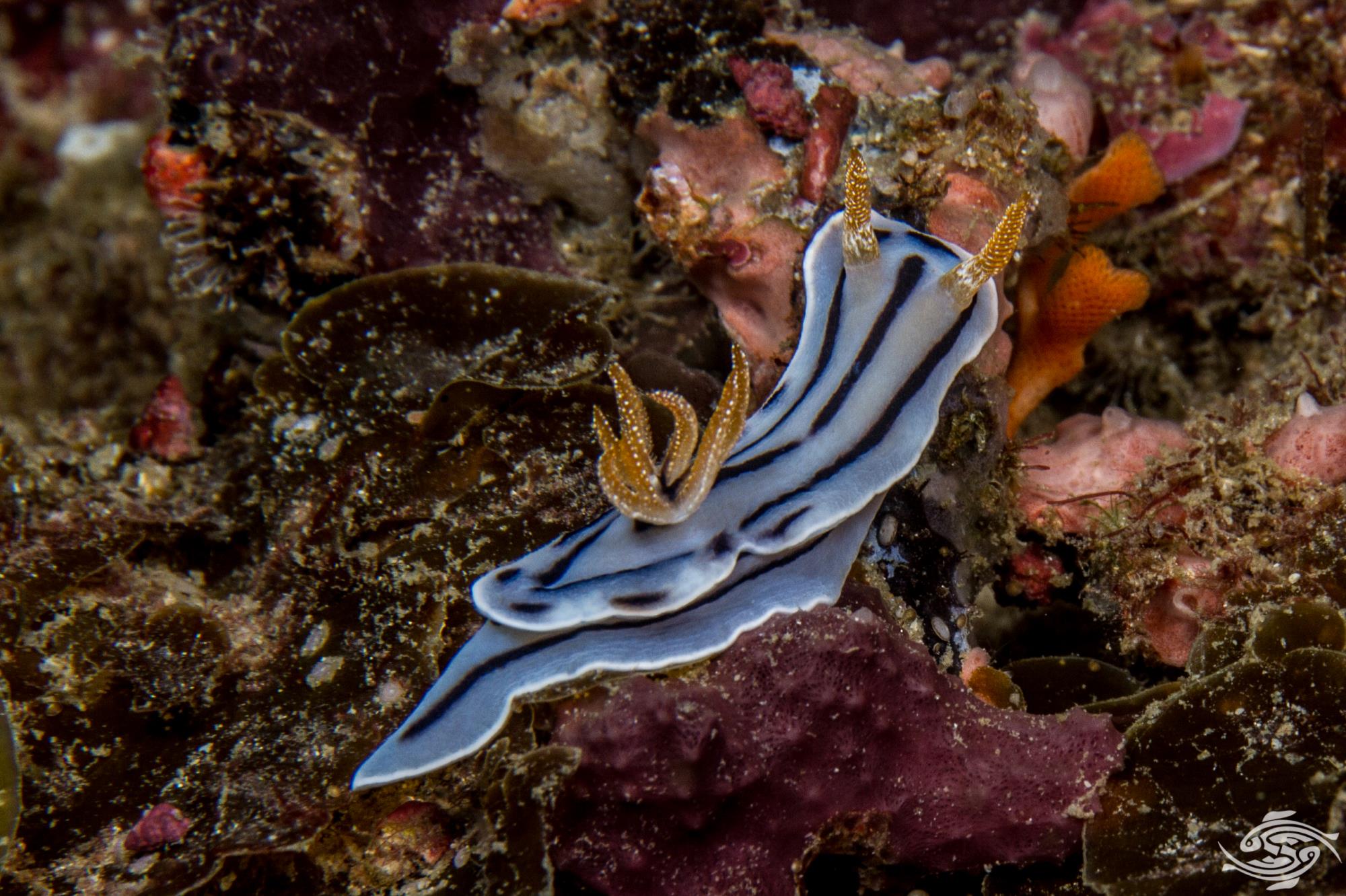 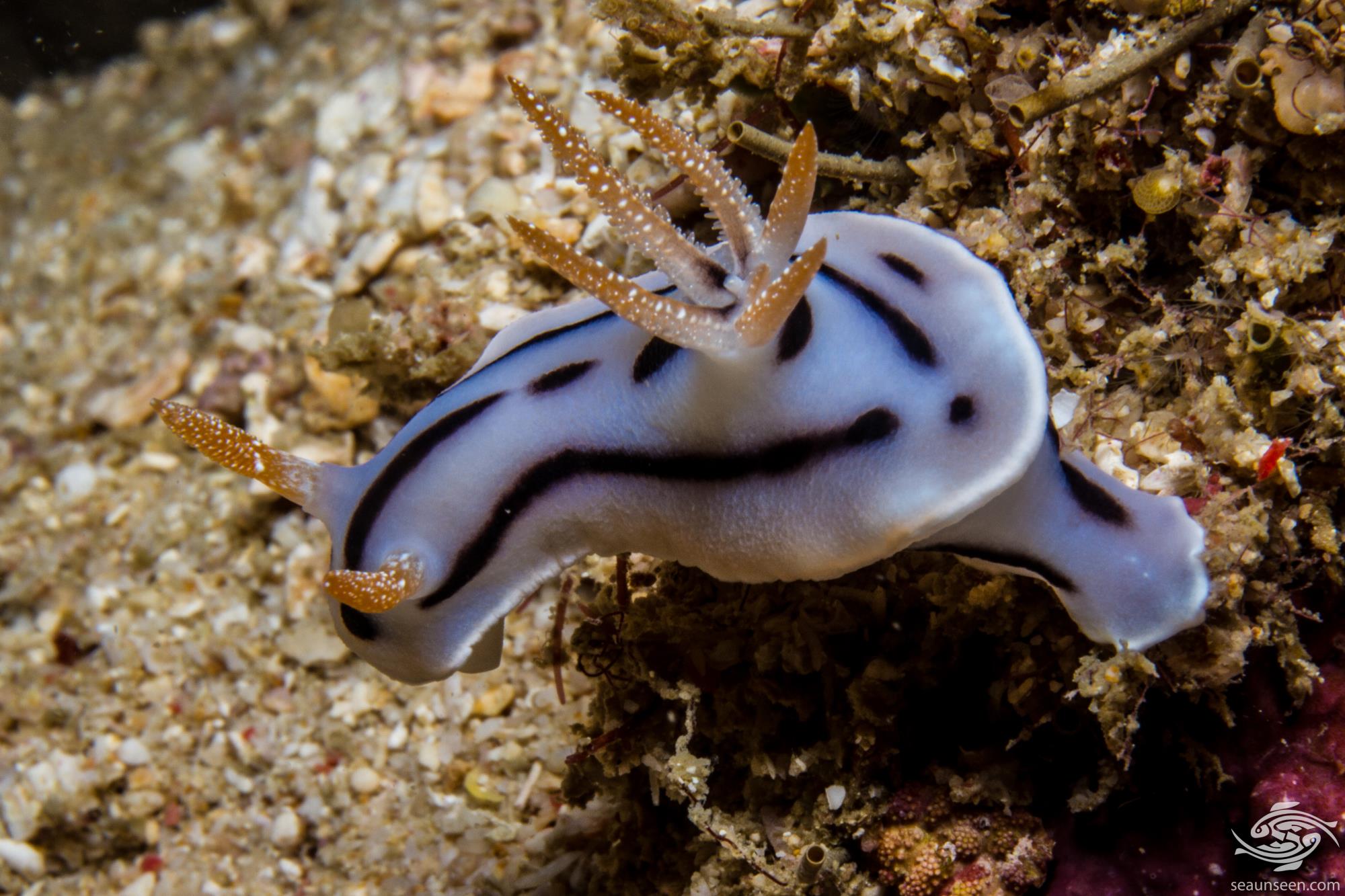