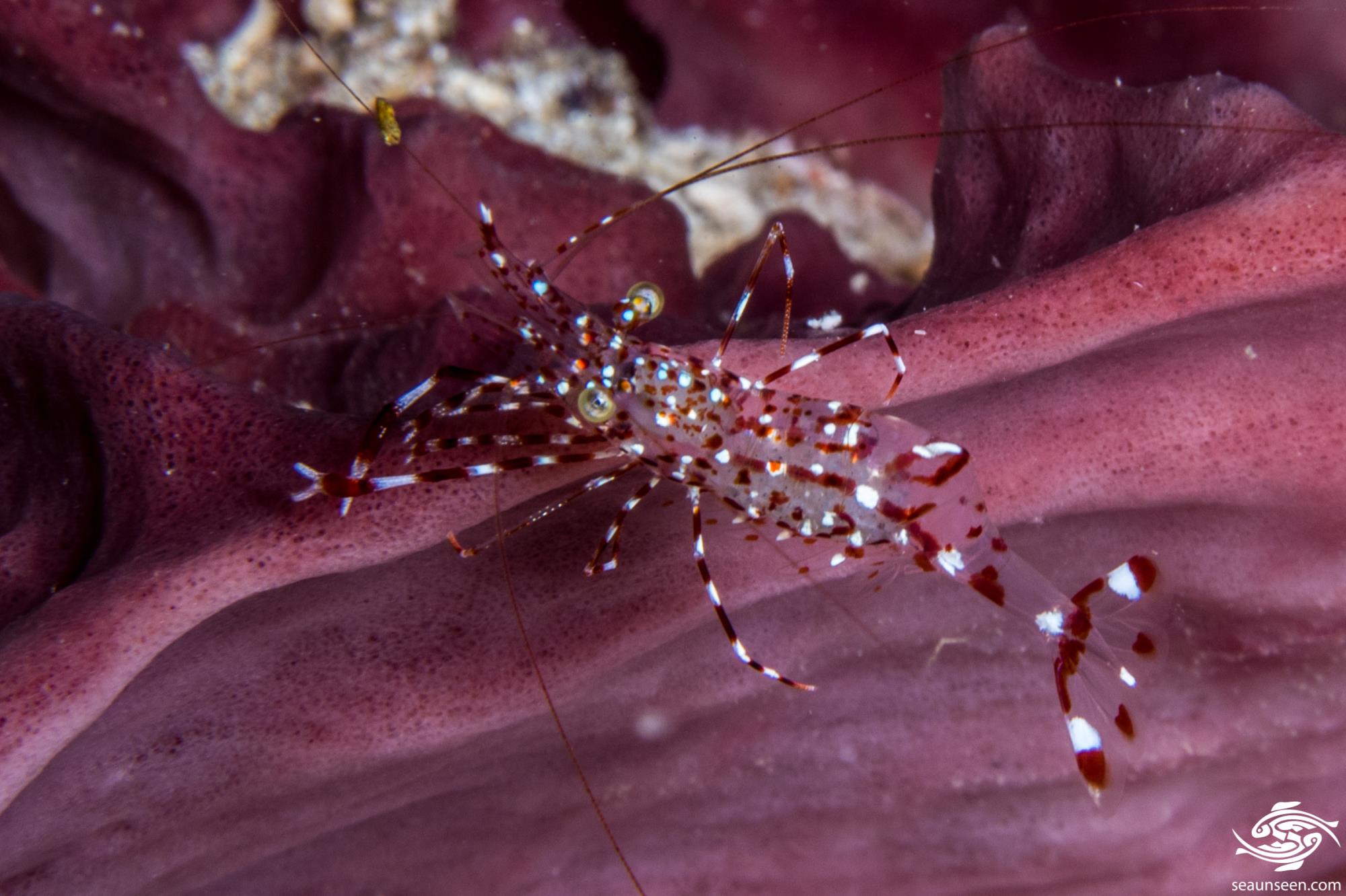 As their name implies they are specialist feeders which provide a cleaning service to reef fishes.  Very little research appears have been done on these shrimp and being mainly transparent they are remarkably difficult to photograph. Recent research indicates that inflammation is reduced when shrimp clean a wound on fish. 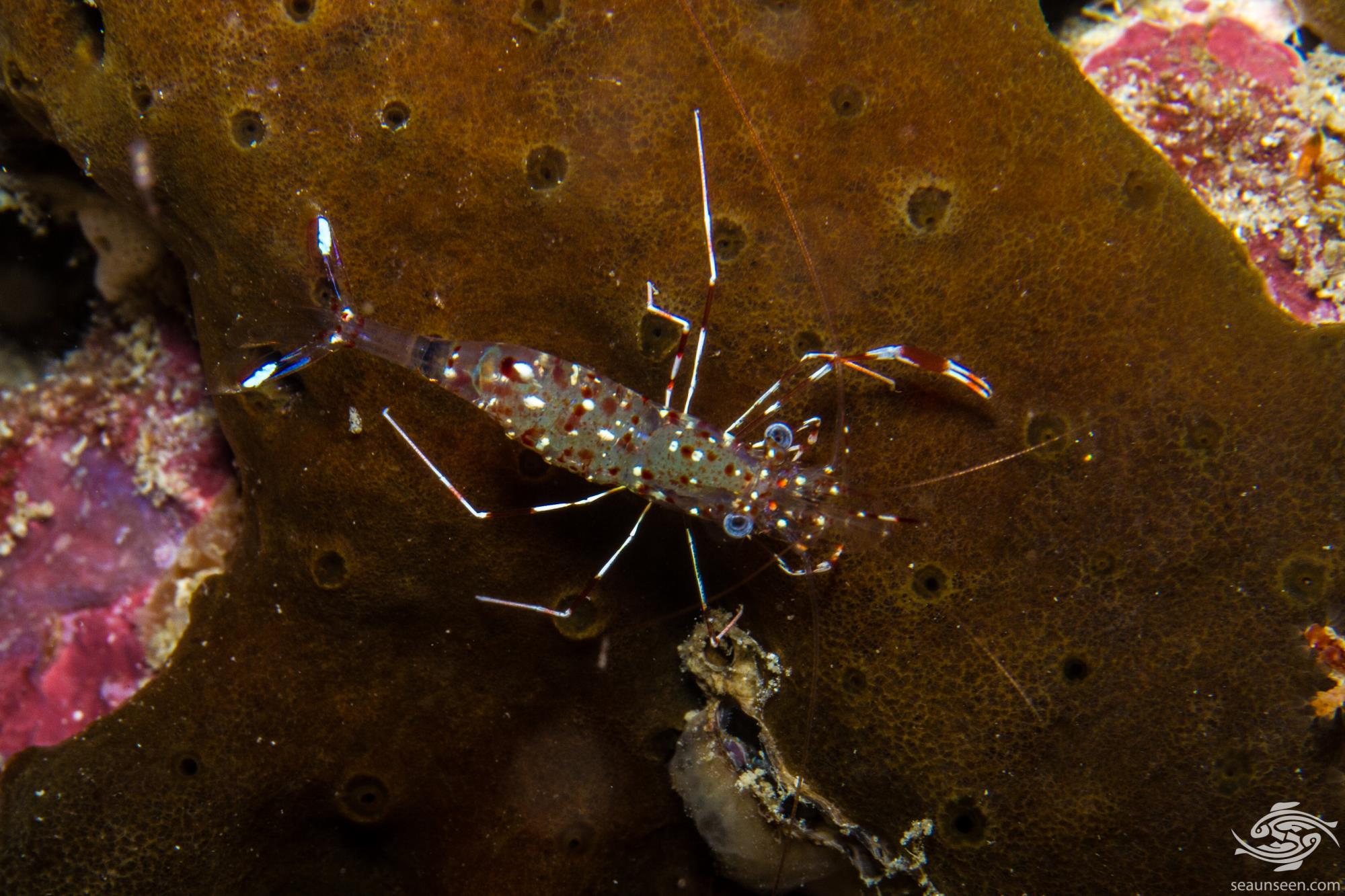 As with all decapods there are five sets of legs. There are three sets of walking legs and a set of legs with small pincers known as chelipeds which are used to clean clients and in front of these are a further set of  legs used for feeding. These can be seen in the image below. Looking from above , the tail is tipped in red and white. 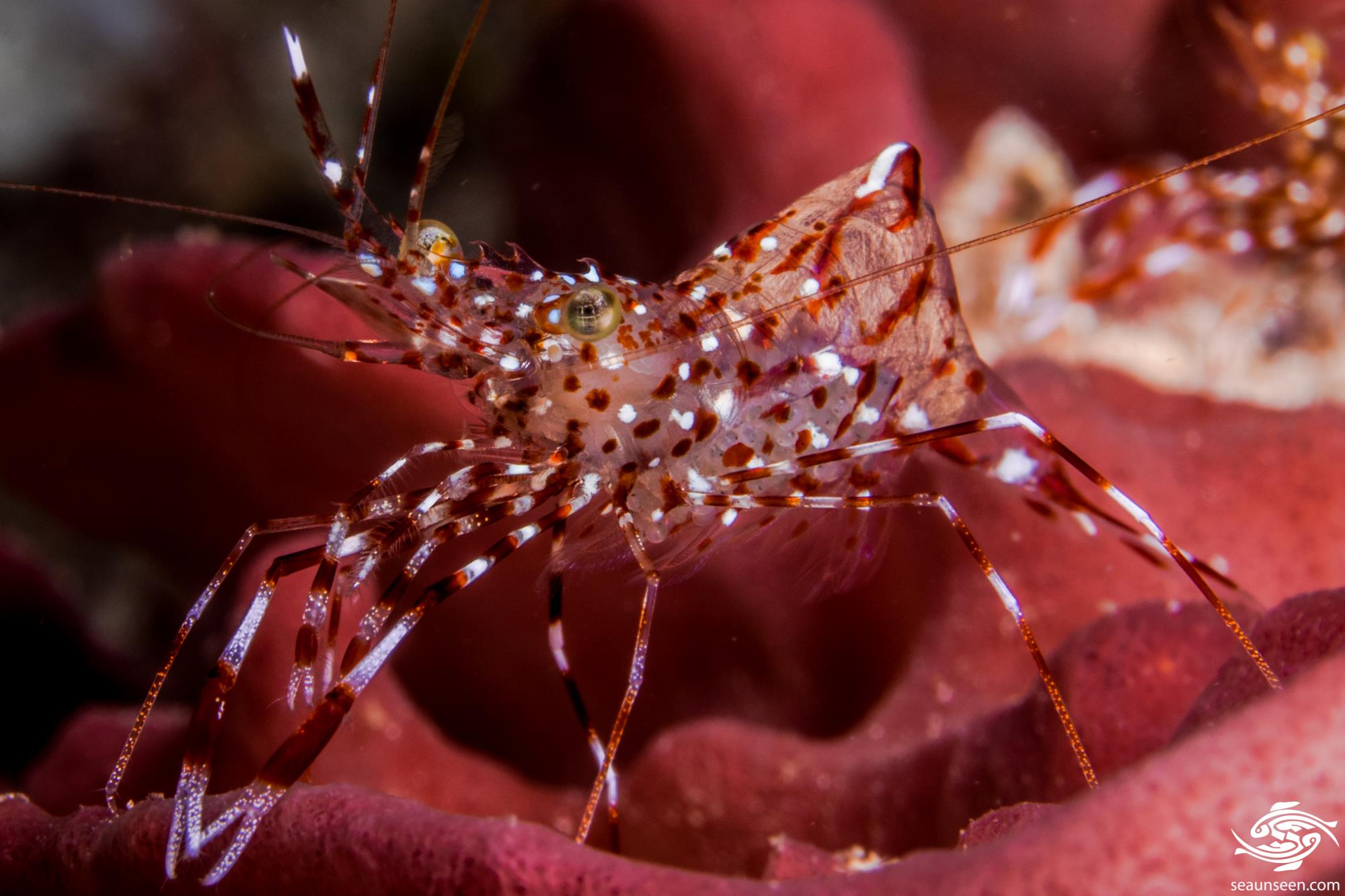 CLEAR CLEANER SHRIMP IN THE WILD

More often than not they are around a large feature and seem to be free swimming around the feature, hovering in the substrate giving them a curious appearance. They are quick to dart back onto the substrate and are difficult to find when they do this. During the day they are very occasionally seen cleaning a Moray Eel in a hole.

The only location we have seen them in large numbers (around 40 to 50) is in a cave on Big T Wall , an unprotected offshore seaward reef north of Dar es Salaam in Tanzania.  This cave is situated at a depth of between 30 to 34 meters , tide dependent and is often filled with different species of shrimp.  The permanent shrimp inhabitants seem to be the Pacific Cleaner shrimp and the Durban Dancing Shrimp (Rhynchocinetes durbanensis).  These are normally on the roof and sides of the cave and the visitors, being to date two different species of Unicorn Shrimp and the Clear Cleaner Shrimp cover the bottom of the cave in large numbers.

There are not always other shrimp at the bottom of this cave and more research is needed to see if the visits are connected to Moon phases or possibly the breeding cycle of the shrimp visiting.

The Clear Cleaner shrimp has also been documented as cleaning sleeping rabbitfish at night but although we often see rabbitfish sleeping on the reef at night we have never observed this behavior. 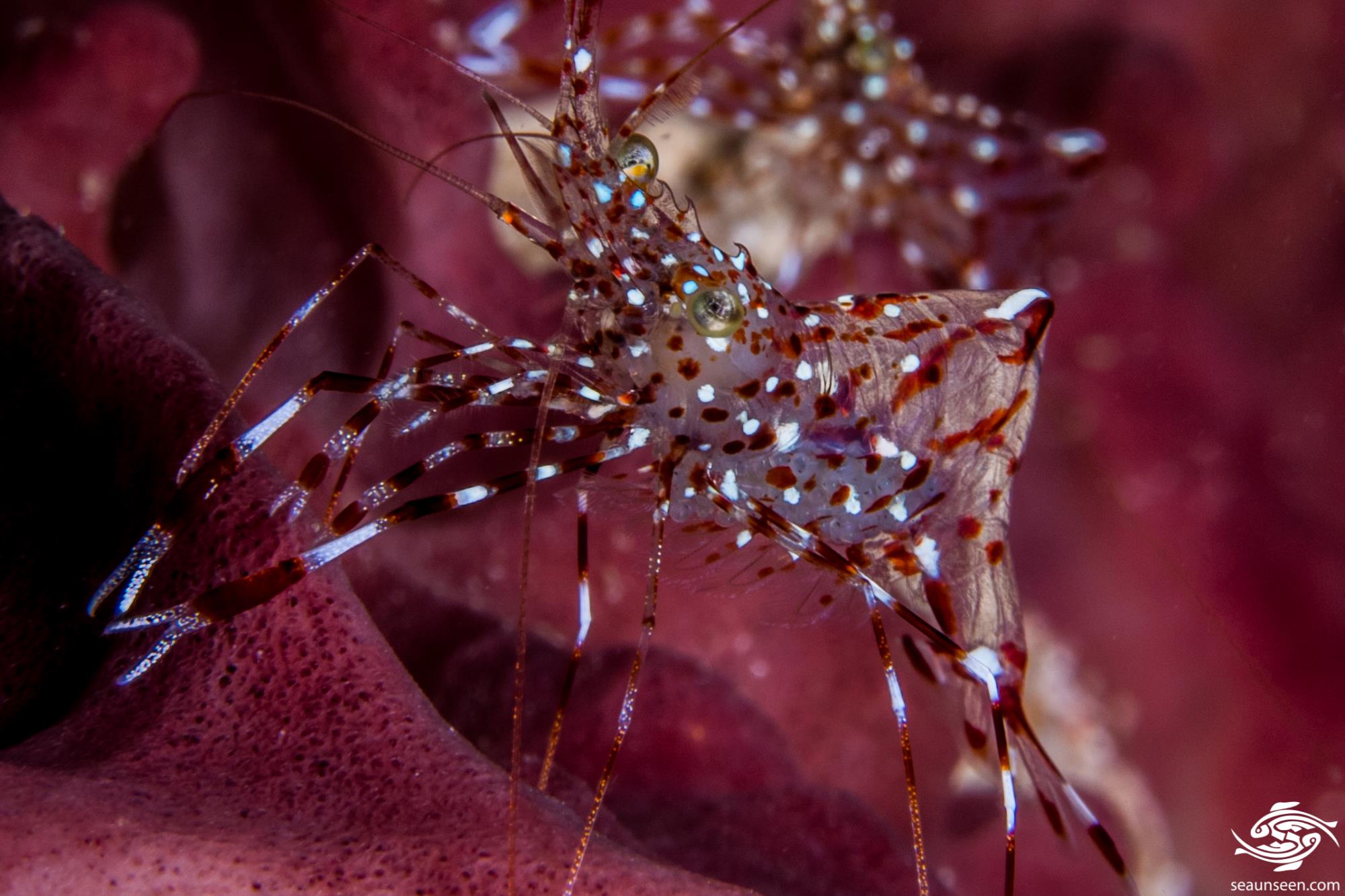 The Clear Cleaner Shrimp are distributed across the Indo West Pacific area and their exact range is still being determined. Additionally it is possible that there are several species in the Urocaridella genus that have not been identified or described yet. 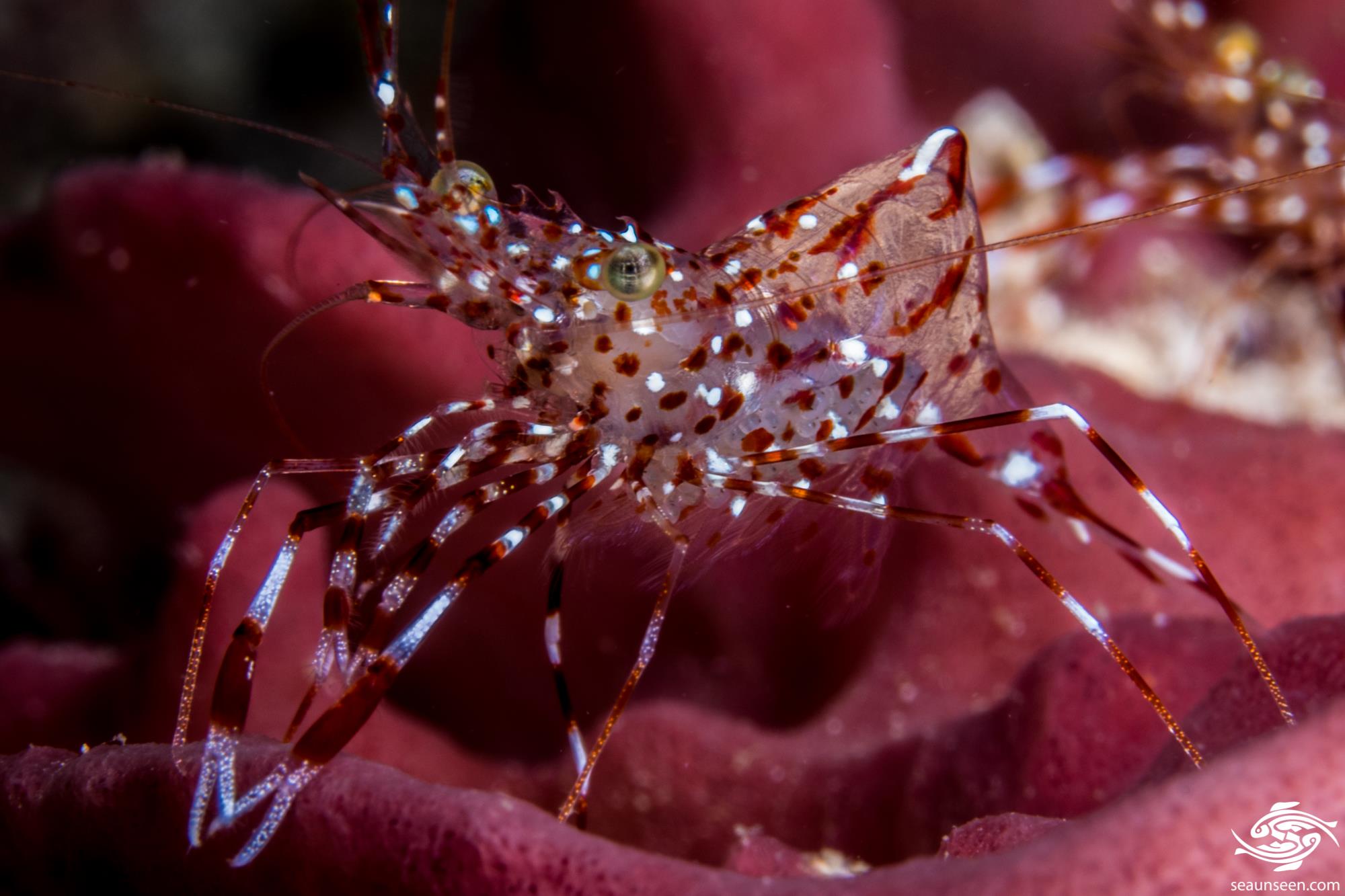 The Clear Cleaner Shrimp feed on parasites and dead skin on client fish as well as detritus. 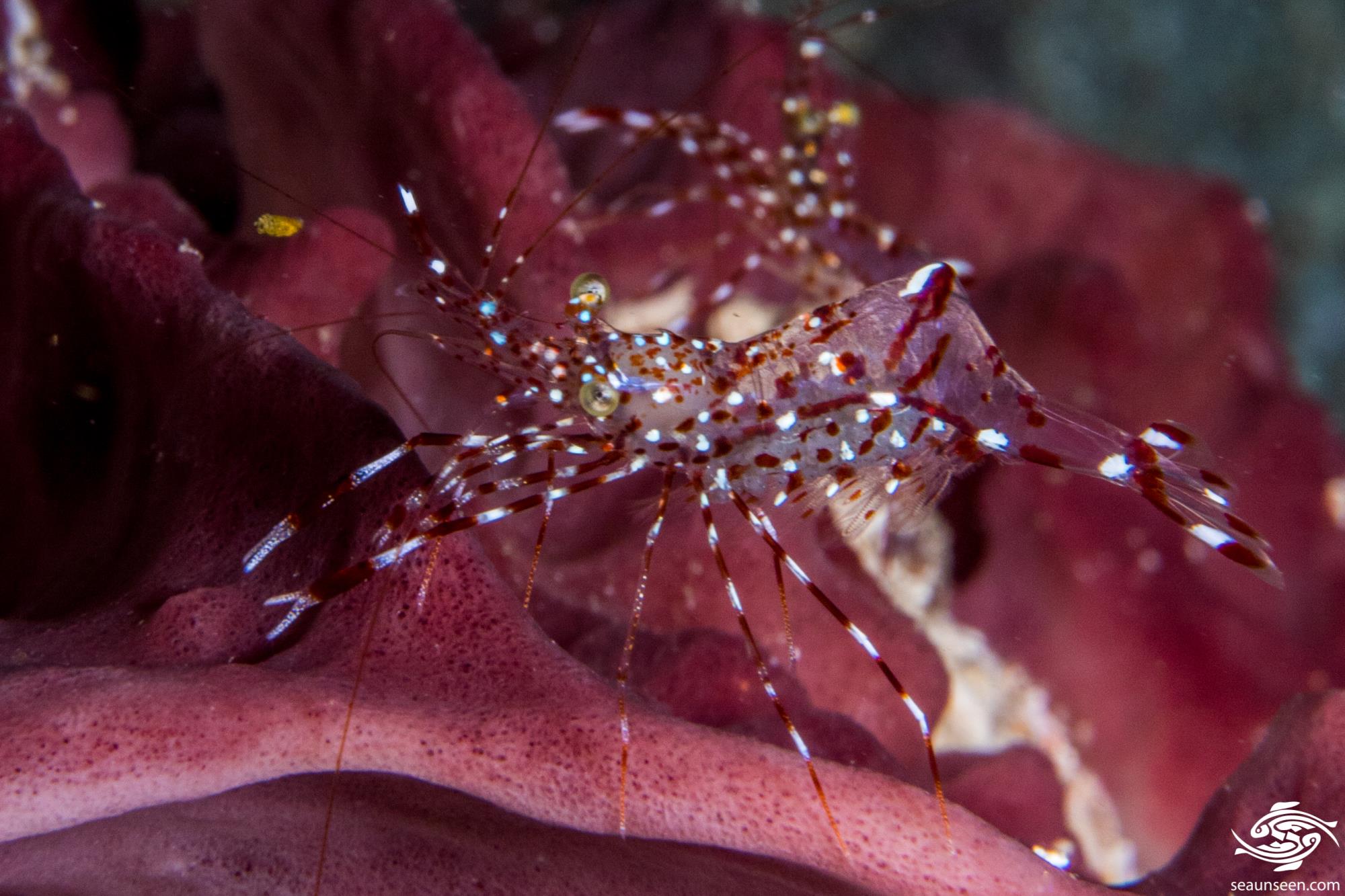 The Clear Cleaner Shrimp are not hermaphroditic and their is an account here from an aquarist who succeeded in breeding them to the first larval stage.

Once they mate the eggs are extruded onto the females spinnerets and this can be seen in the images above. When the eggs hatch there are several larval stages that the larvae go through. There seem to be at least ten of these stages before the preadult stage and the development into an adult takes at least three months but possibly slightly longer. 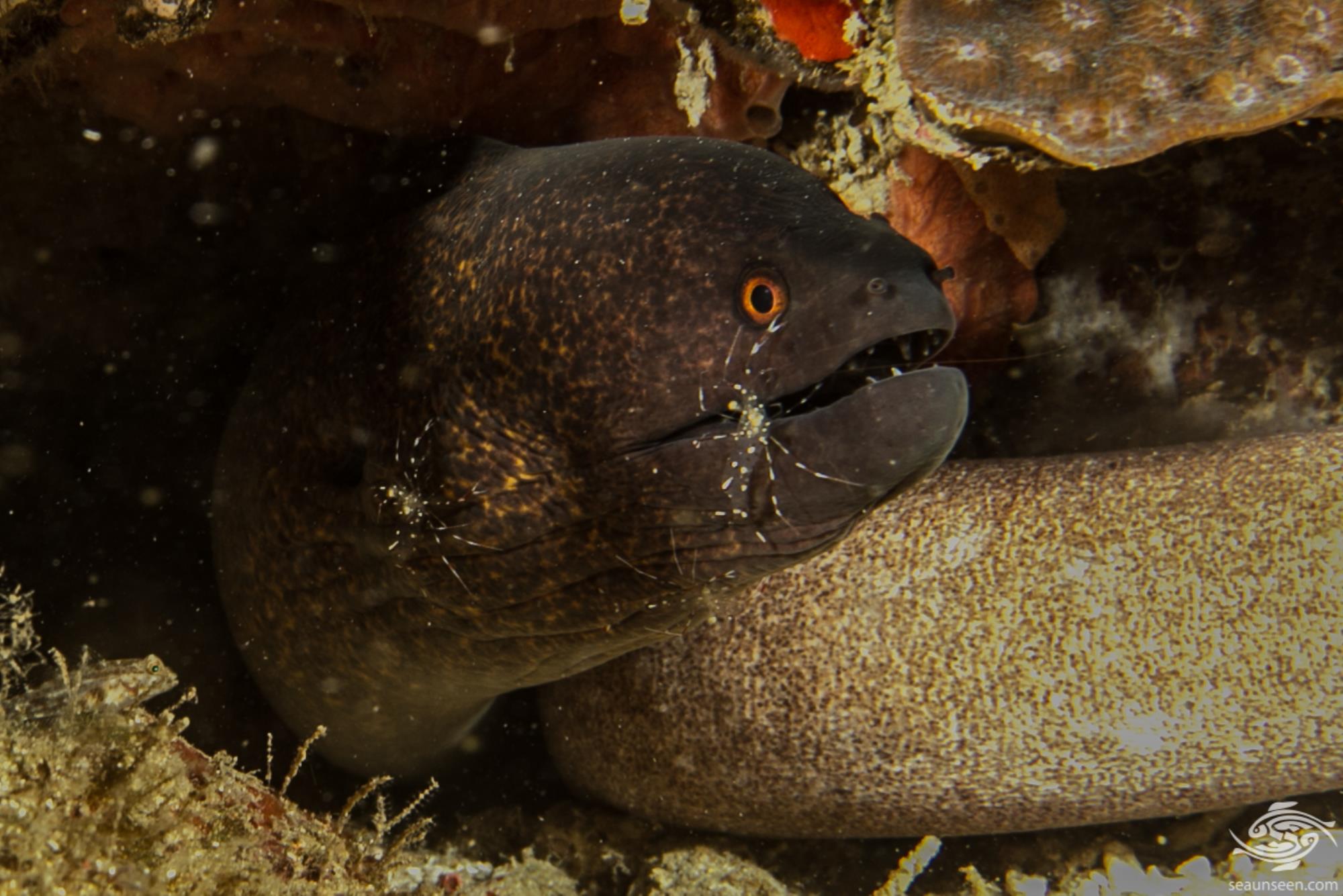 Clear Cleaner Shrimp are collected for Marine aquariums and in some areas this collecting has substantially reduced the population. They have been captive bred but because of their lengthy larval stage they are difficult to breed. 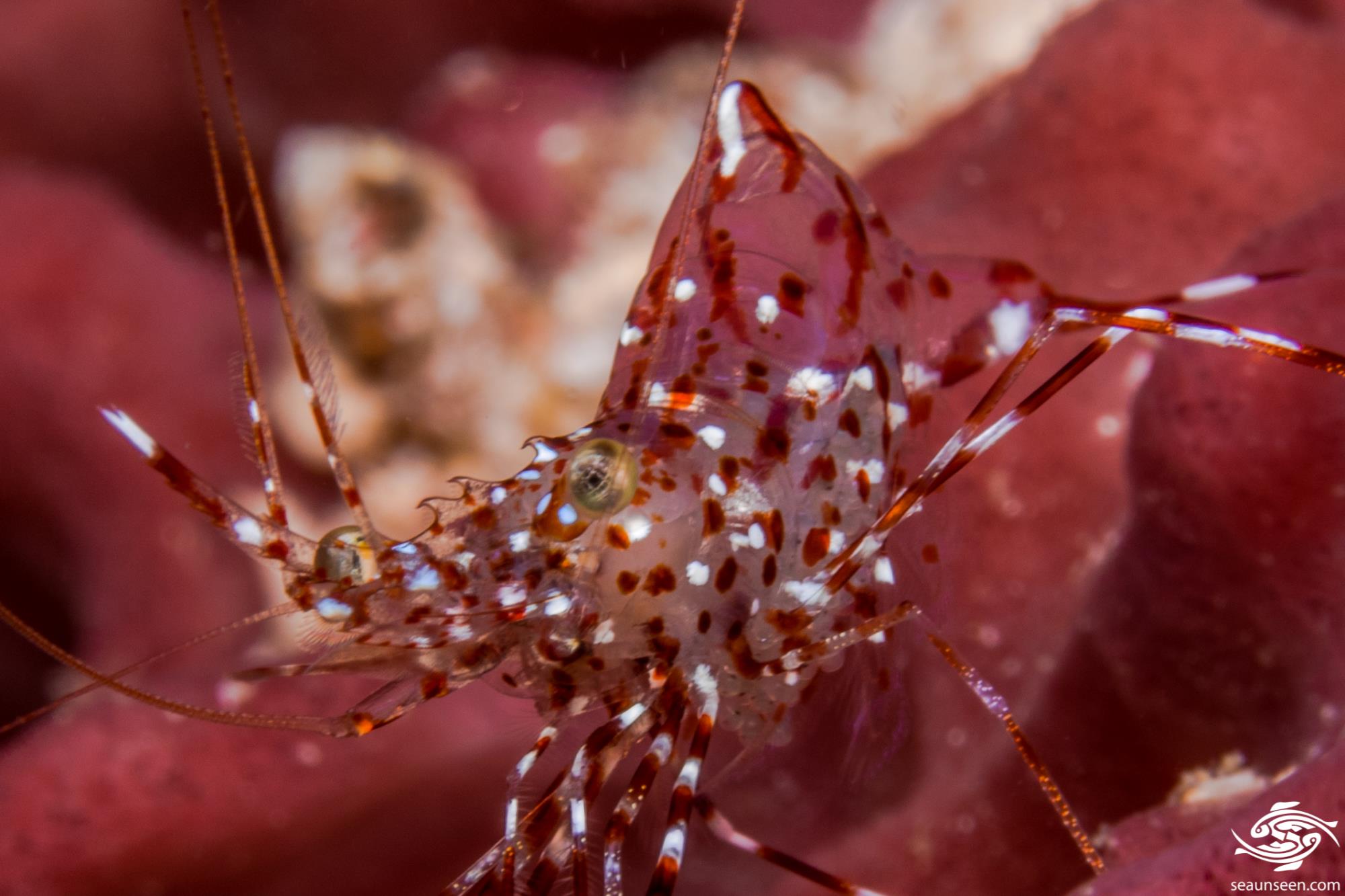 Because of their beneficial habits of cleaning fish and the tank Clear Cleaner Shrimp are sought after by aquarists. They are peaceful and several can be kept in the same aquarium.  There is an article on keeping this genus of shrimps here.

They are reef safe and undoubtedly have a beneficial effect on a tank. It is possible they may pick on anemones and try to steal their food but other than occasionally walking over corals, they will not pick on them. Because they easily take to a standard meaty diet in tanks this makes them easy to care for.

There is an interesting paper here on using them to clean parasites on farmed fish and it seems that there is possibly an additional commercial use for this species.