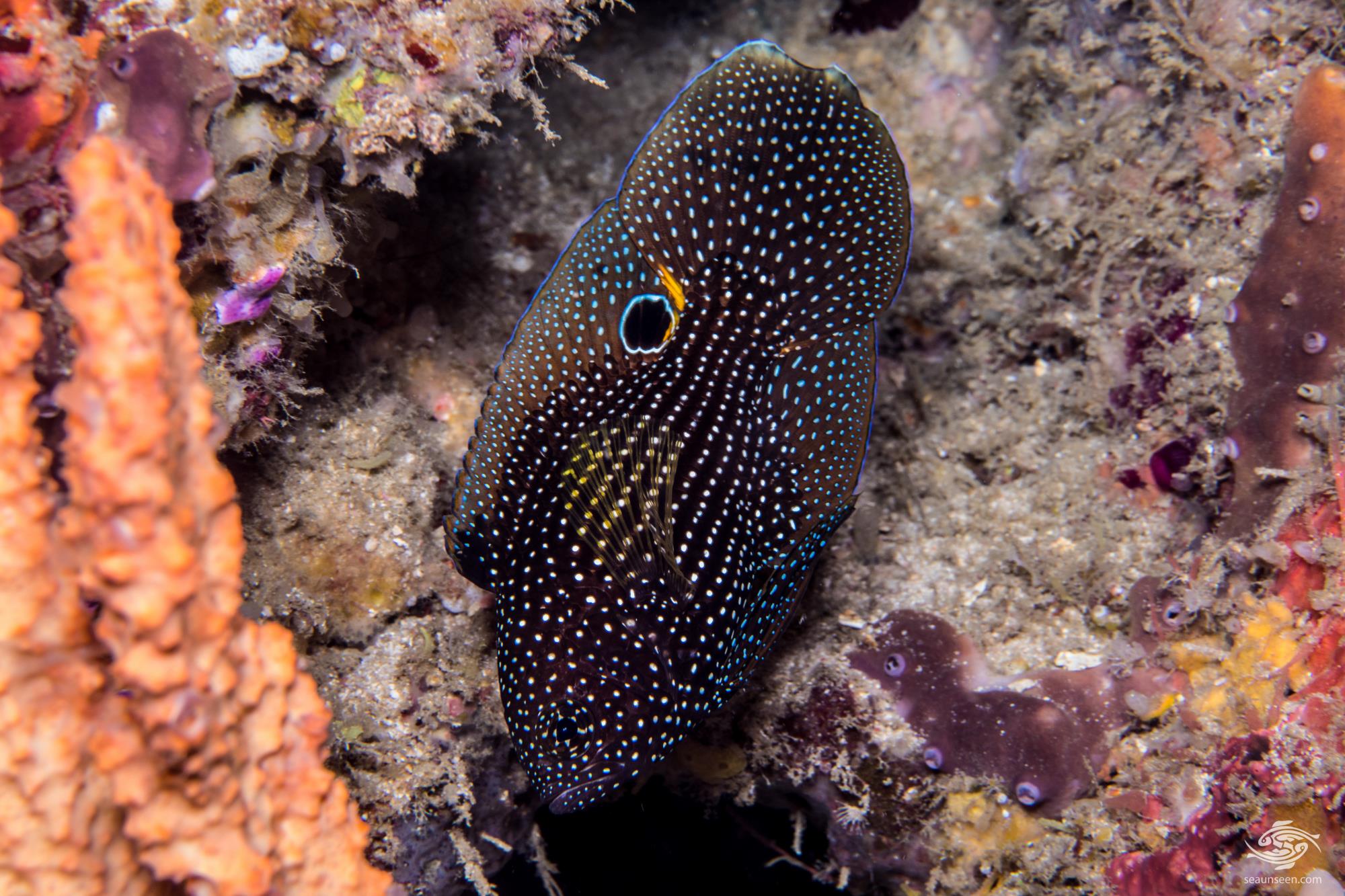 The Comet fish(Calloplesiops altivelis) is also known as the Marine Betta because of their similarity to the Siamese Fighter. They are stunning looking fishes that are rarely seen in the open during the day in the wild. The images do not really do them justice. 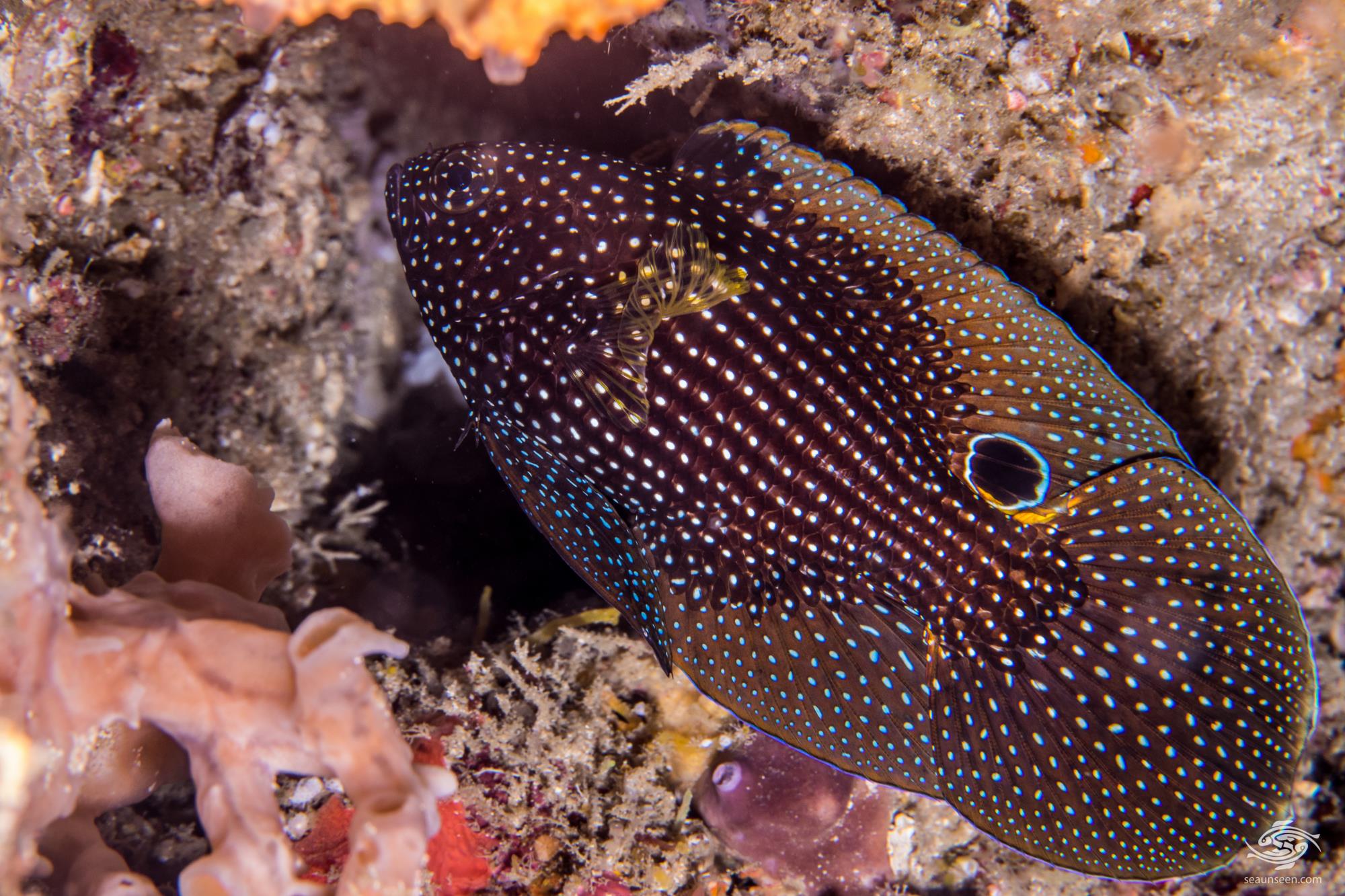 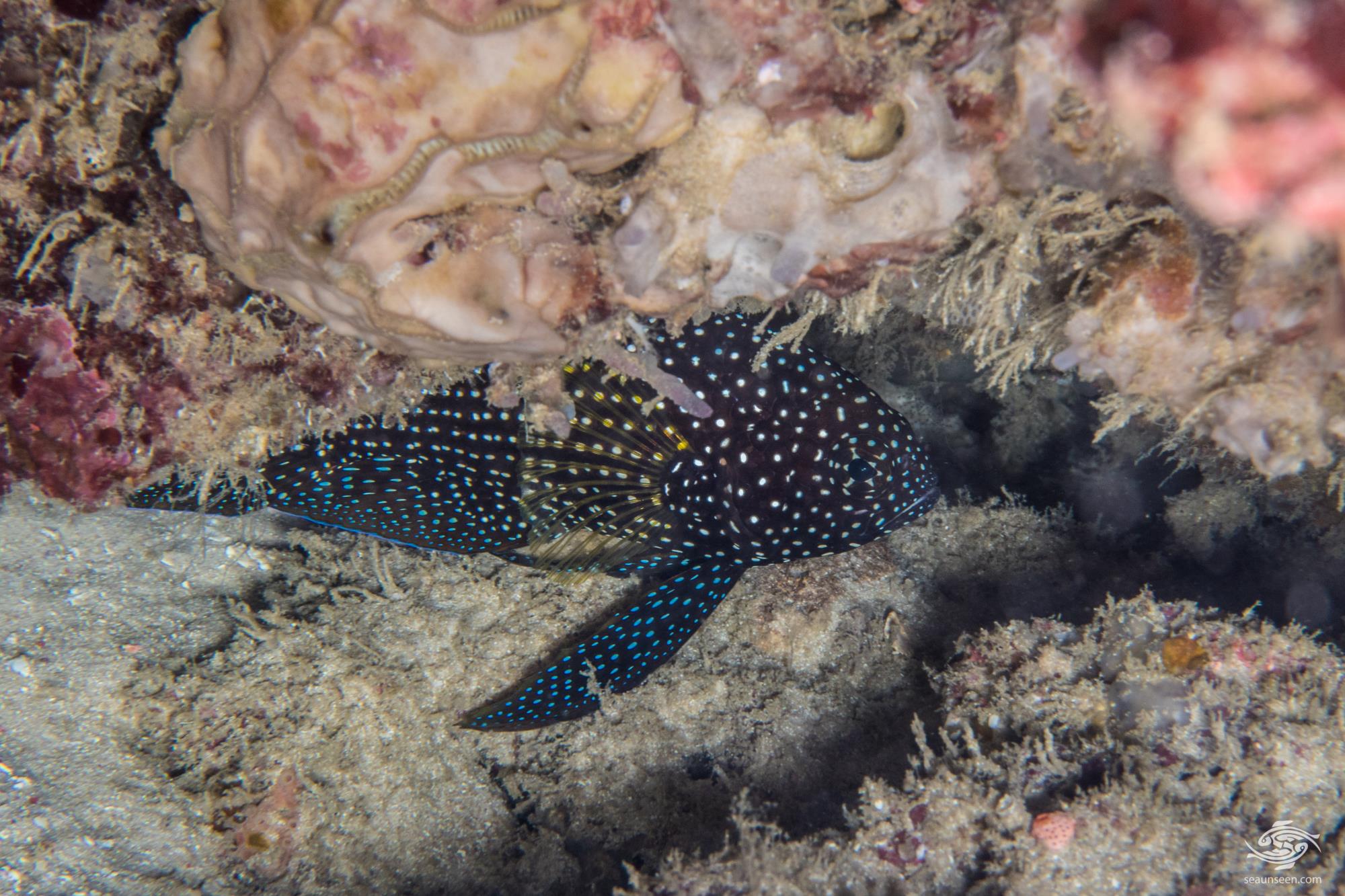 The Comet fish is a  reclusive fish usually seen at the entrance to a small hole into which they will retreat at the sight of a diver. Often they leave their tail sticking out the hole and this is said to mimic the head of the White-mouth moray eel (Gymnothorax Meleagris).

Whether there is any substance to this is hard to say and one can draw ones own conclusion as to whether there is any resemblance between the two by comparing the image below with the images of the White-mouth  moray. Personally I am sceptical because they seldom leave the tail sticking out for long in my experience. 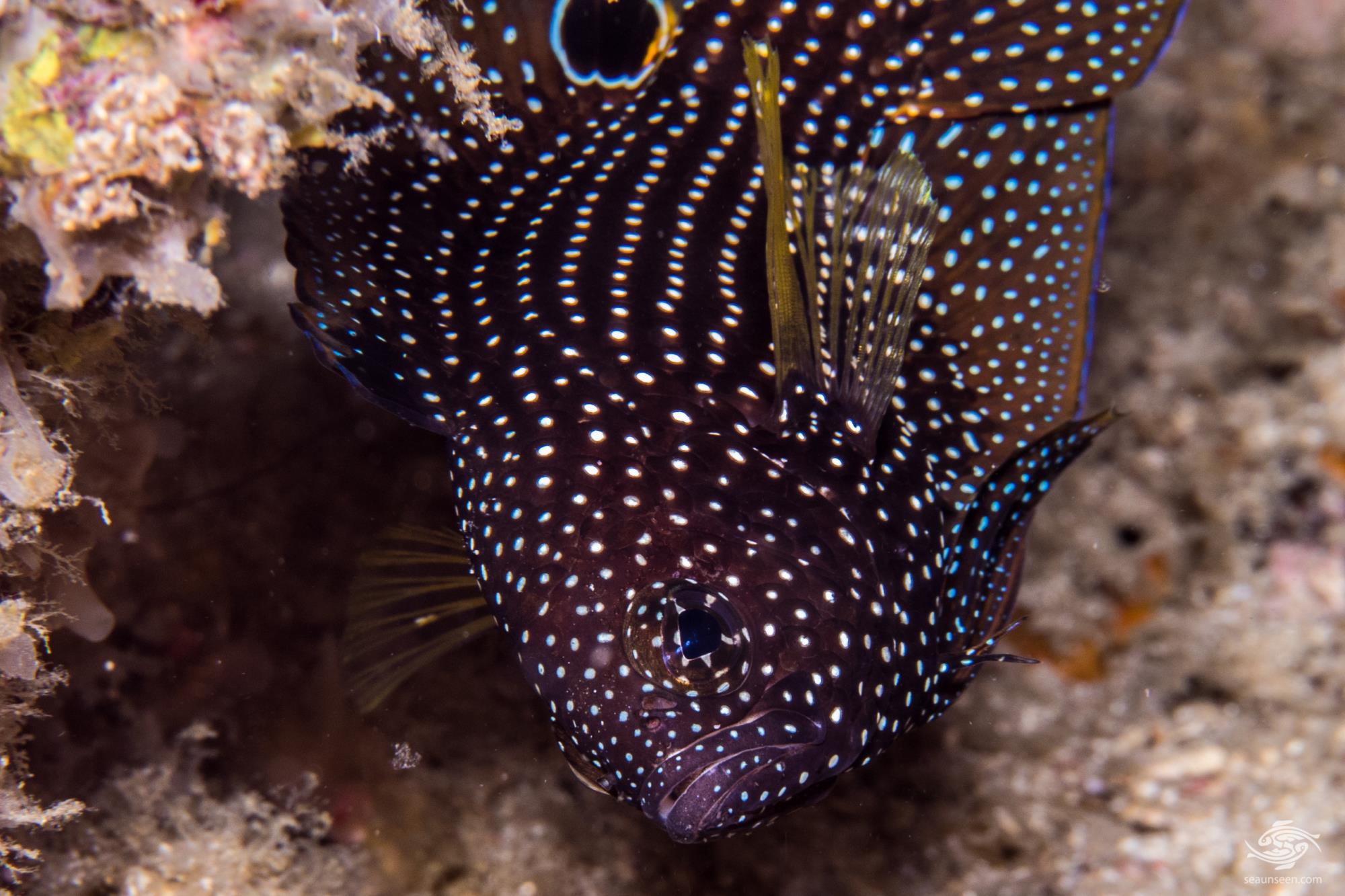 If one stays in front of the hole the Comet fish will usually come out to inspect you while staying close to its hole. If one stays for long enough they gain confidence and will come right out and display.  This can be seen in the images.

Sudden movements and blowing air out quickly cause them to head back into the hole, but if one moves very slowly and releases air carefully they go from being reclusive to down right curious. 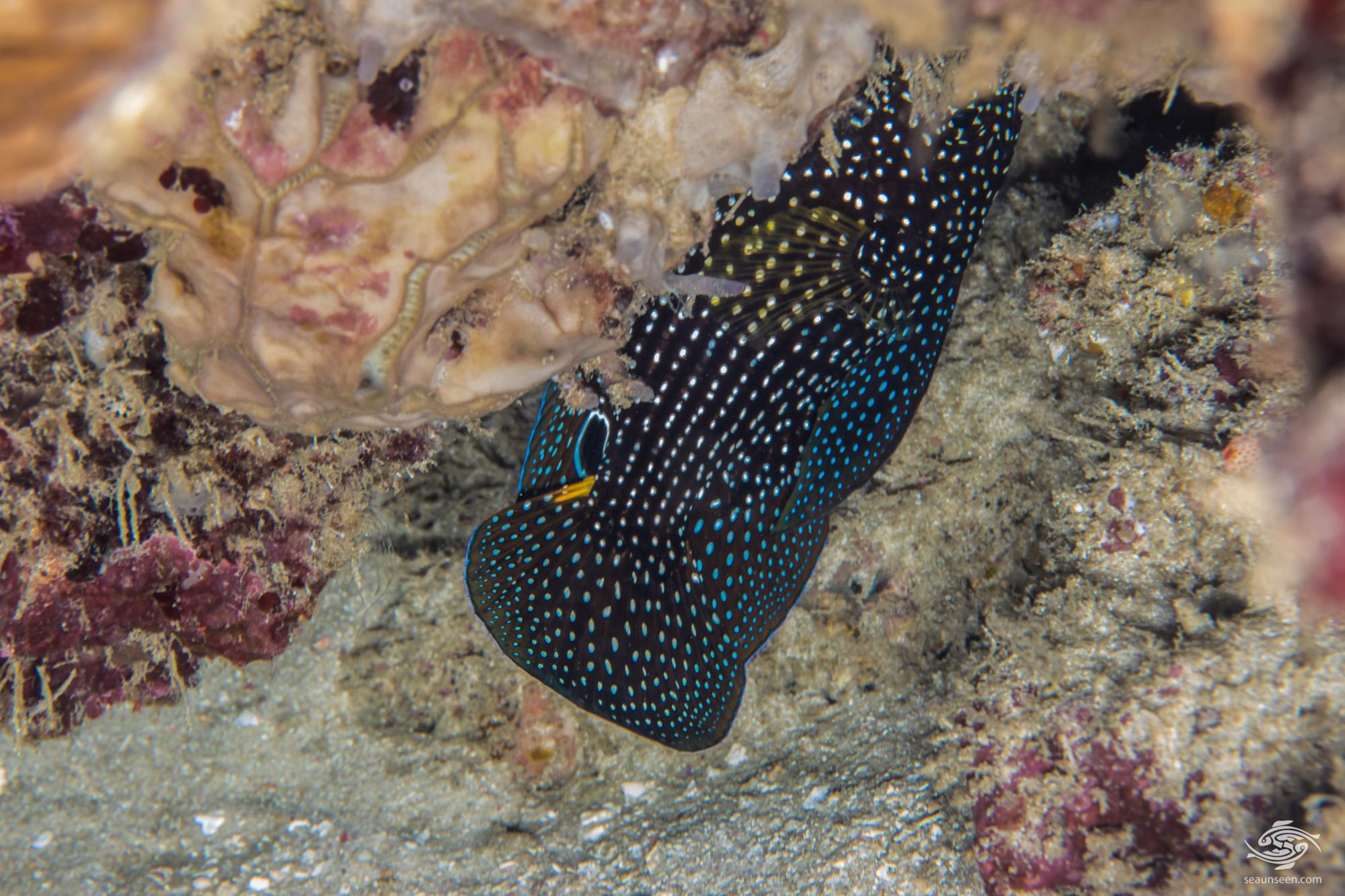 They are found across the Indo Pacific area from the East African coast to Tonga and the Line Islands, north to southern Japan and south to the Barrier Reef.  They are found from 3 meters to 50 meters but we usually see them between 18 meters and 30 meters. Normally they are in small holes on vertical drop offs. 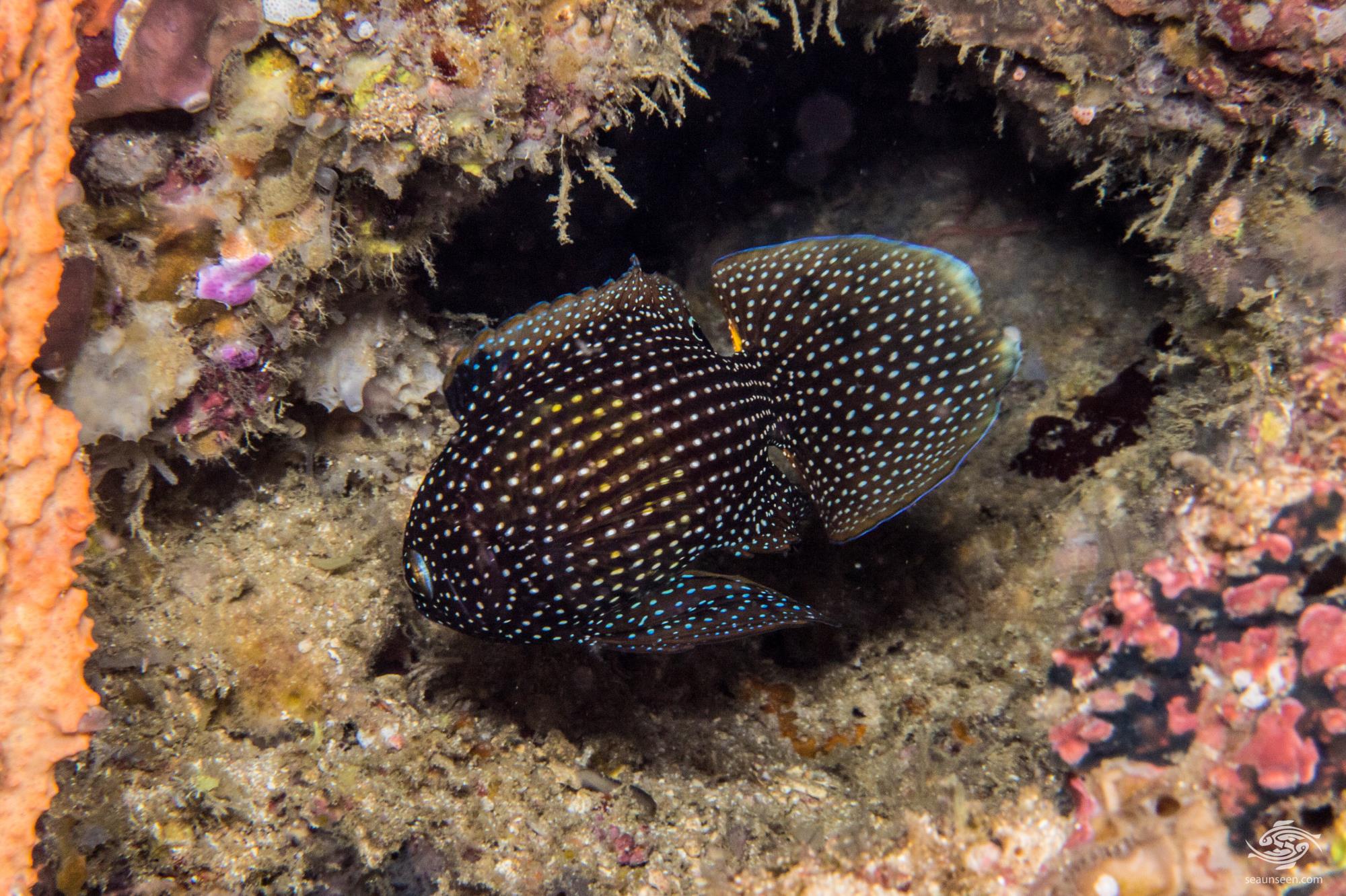 The main diet of the Comet fish are small fish and crustaceans. They feed at night and swim sideways up to their potential prey trapping them. With their eyes being black and very difficult to distinguish, as can be seen in the image below, the prey often assume the yellow eye spot is the eye and try and escape past what they assume is the back of the fish making them easy for the Comet fish to capture. 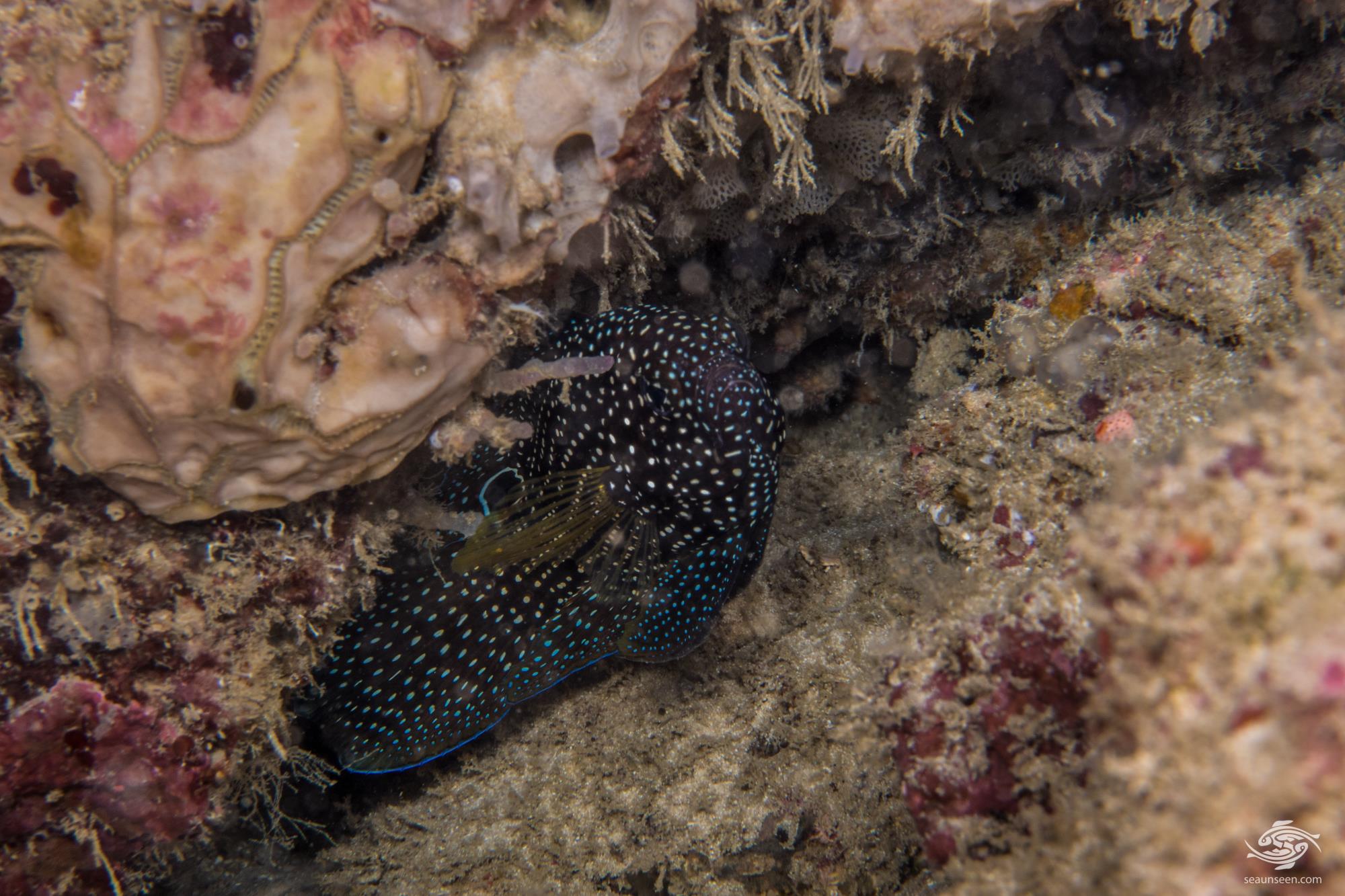 While they resemble the Siamese Fighter in looks, they have another similarity in that the males also look after the eggs. Because they have been bred in captivity we know a little but not all about their mating behaviour. The male and female go into a hole together and the eggs are laid in the cave and are then cared for by the male. 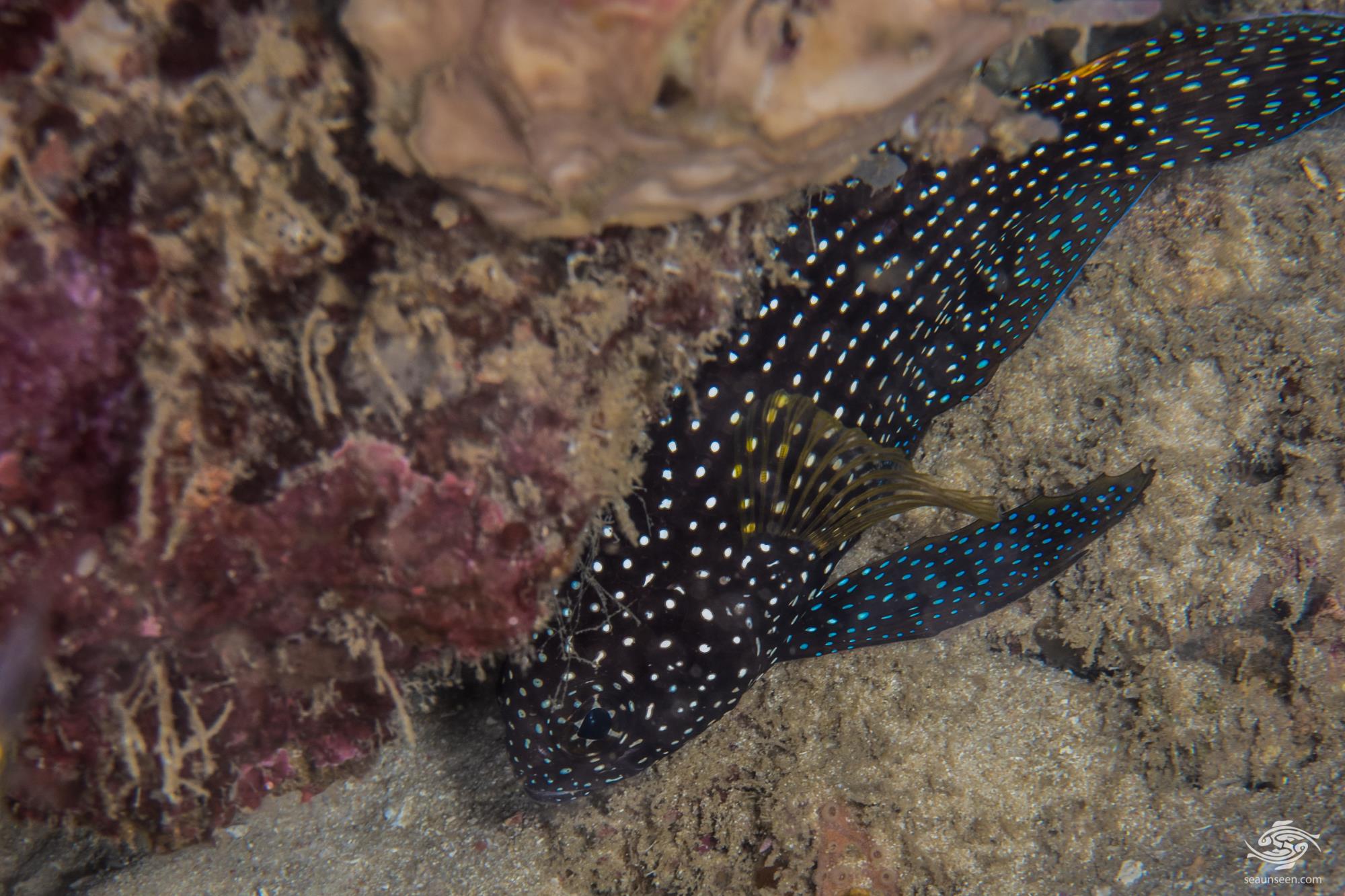 The Comet fish being a very attractive looking fish is kept in aquariums.  They have a reputation for being tough and fairly easy to keep and have been known to live in a tank for up to eight years. They may be difficult to transition off live food. Being slow movers they will not be able to feed with more aggressive fish in the tank.