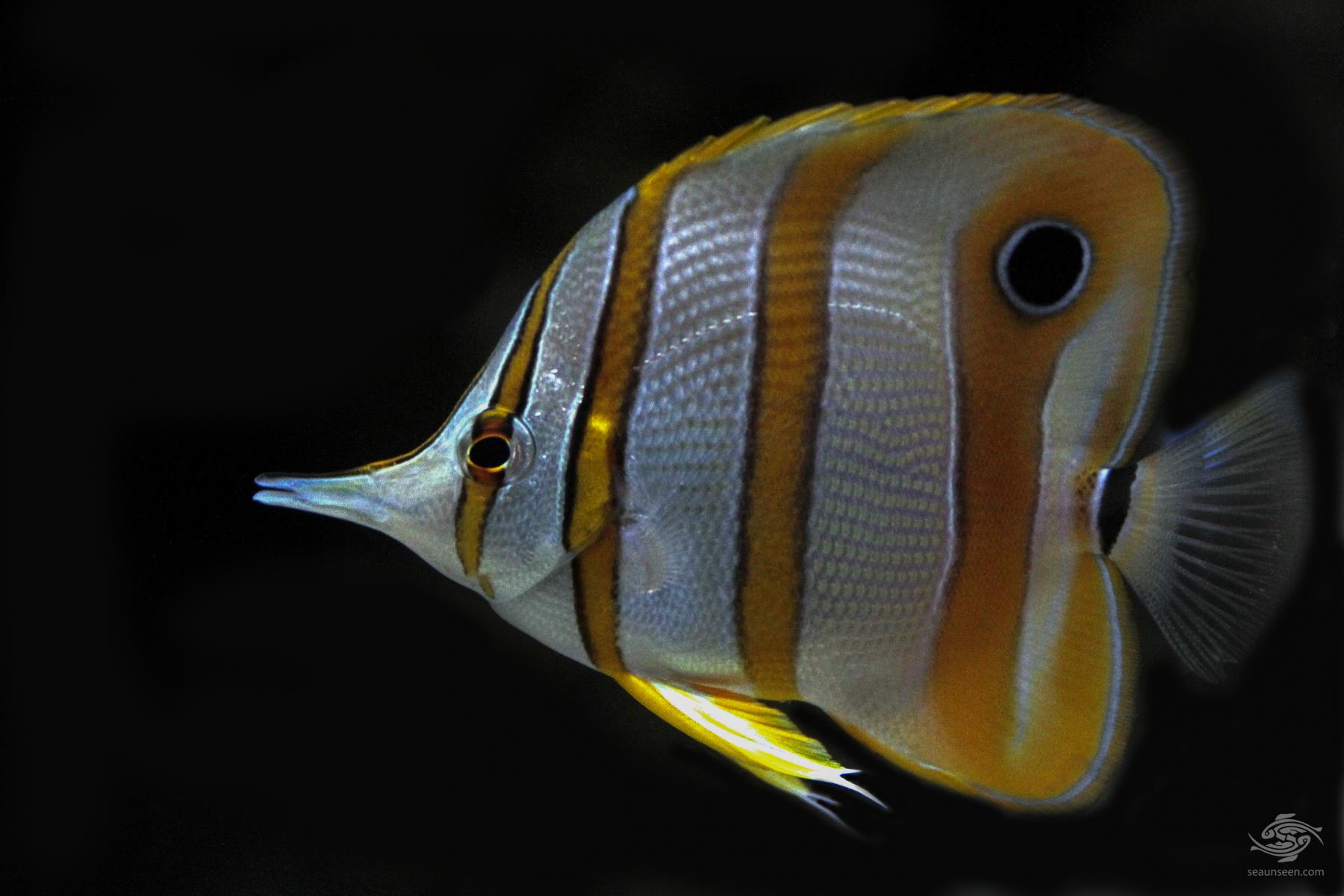 The copperband butterflyfish are an extremely attractive fish. They have a disc shaped body that is laterally compressed with an elongated nose. The body color is a silver white with five copper colored bands lined with black running vertically down the side of the body, with a thinner stripe running through the eye. 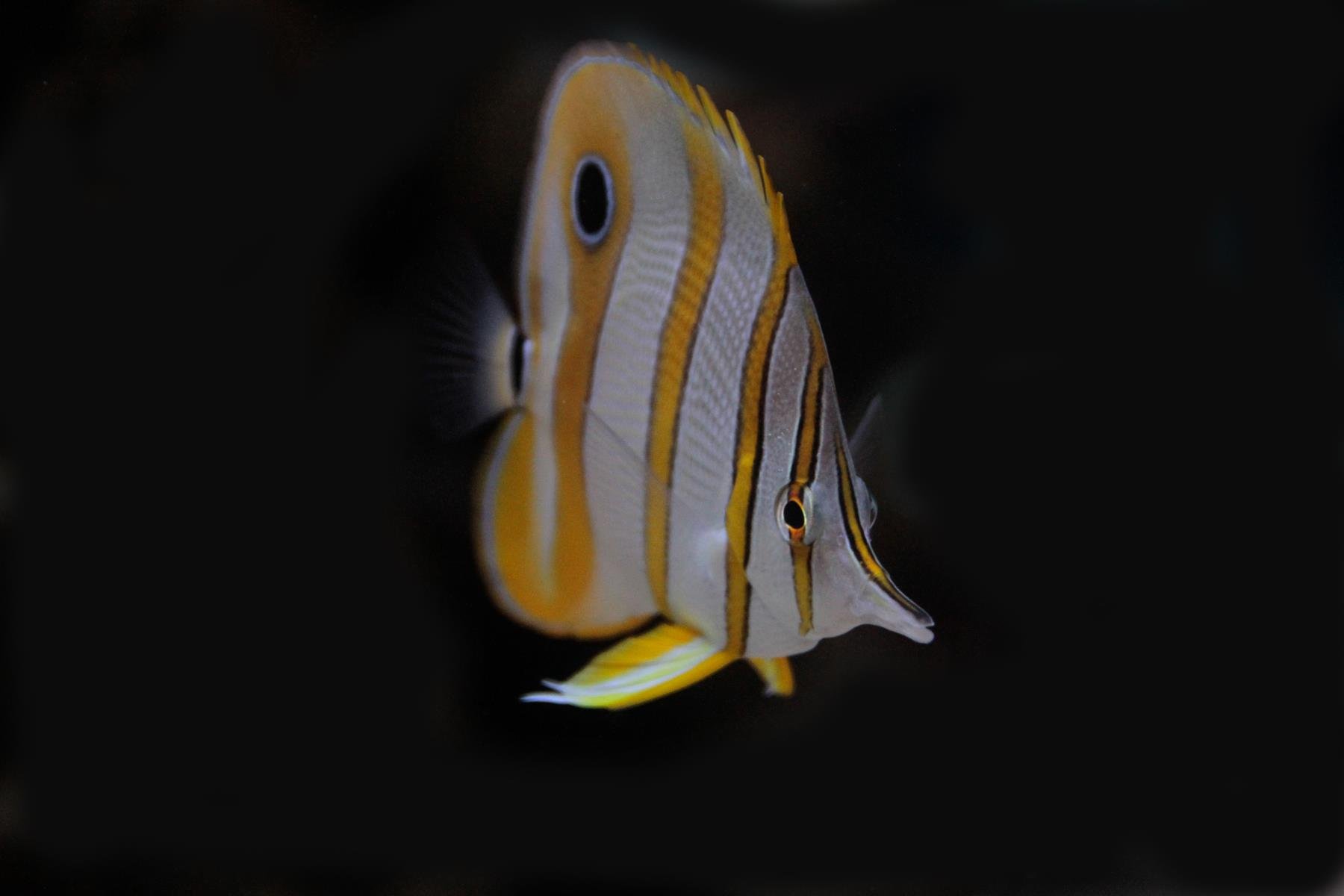 As with many butterflyfish, as adults copperband butterflyfish are found singly or in pairs usually moving in and out of cover and never straying far from a hiding spot. Juveniles are sometimes seen in small groups.

The copperband butterflyfish are found in the northeastern Indian ocean and into the west pacific, from the Andaman sea to the Ryuku islands parts of south east Asia down to northern Australia including the Great Barrier Reef, New Guinea and the Solomon islands.They are found on coral reefs between depths of 1 to 25 meters. 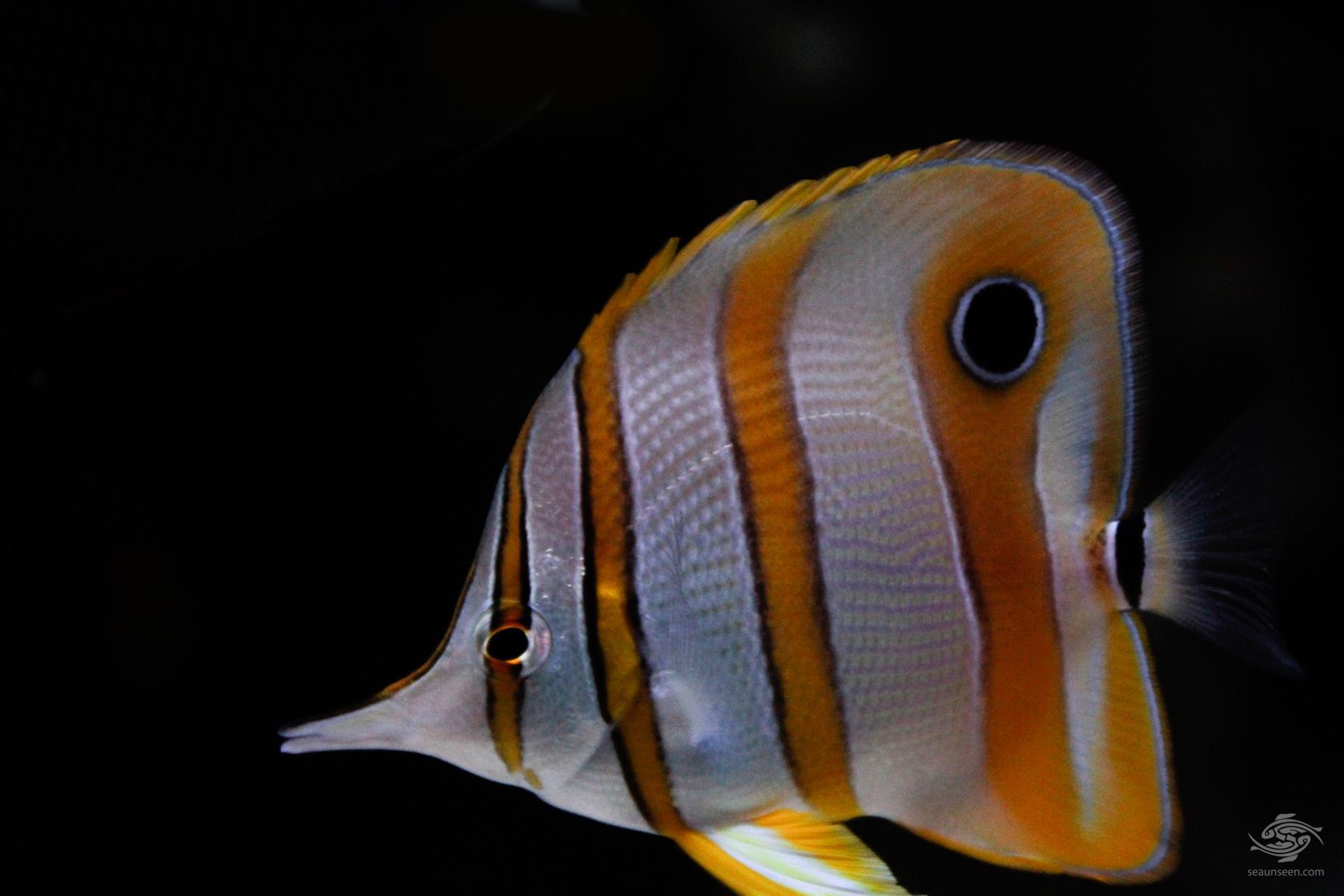 The copperband butterflyfish are known to feed on benthic invertebrates which are small spineless organisms, that live on the bottom of the water table and they are believed to feed on tubeworms and small crustaceans. Their beaks are shaped for digging in small crevices, where other fish cannot reach, giving them less competition over their food source.

Butterflyfish are born to separate sexes and the male is thought to be slightly larger. In the case of the peppered butterflyfish which form monogamous pairs, spawning is thought to take place in relation to the lunar cycles but not much is certain. They become sexually matiue around the age of one year.
The eggs are spherical and buoyant and it is thought they hatch in 28 to 30 hours, once the eggs hatch a bony plate forms over the head area and these larvae are pelagic for quite some time before developing into juveniles. 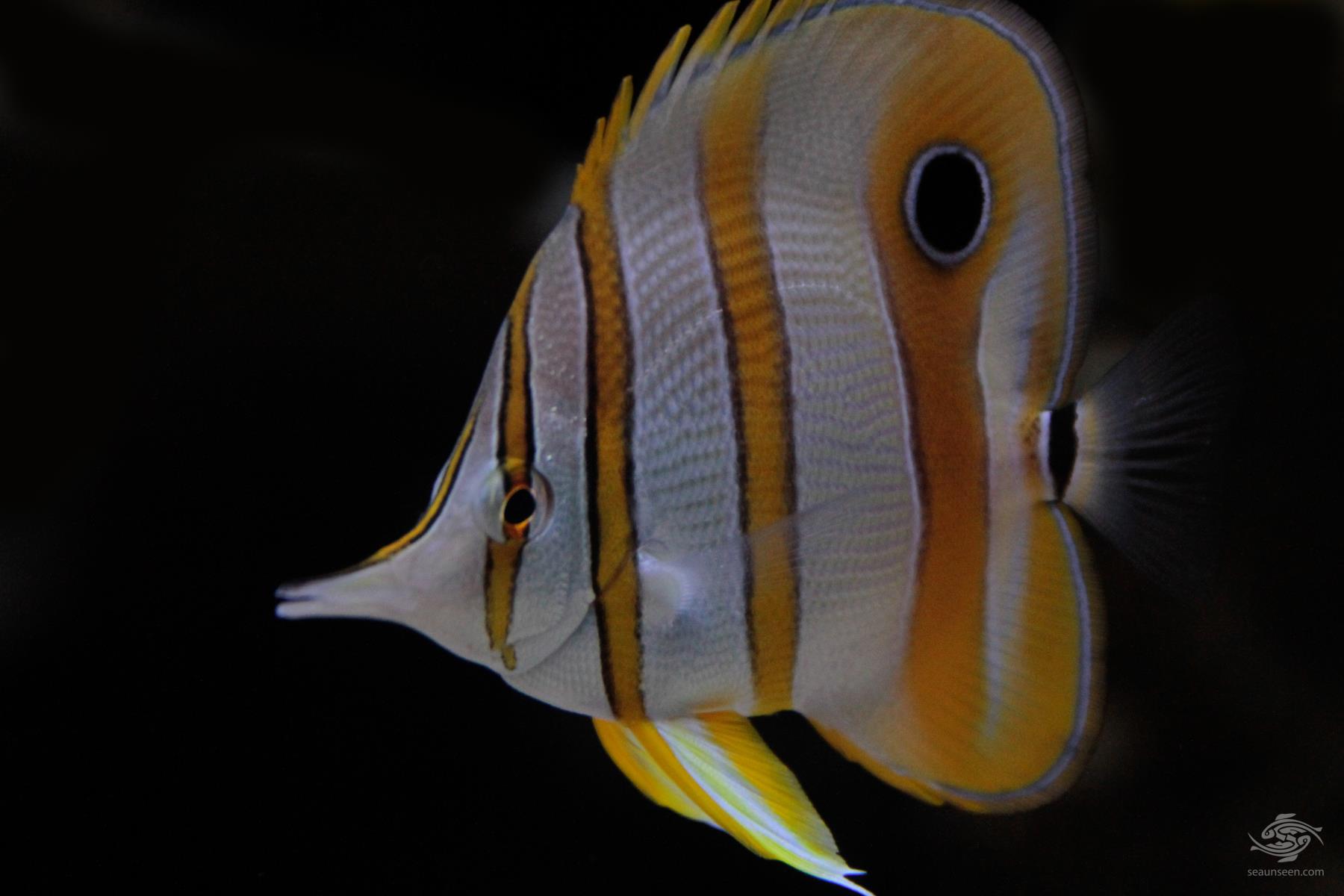 The copperband butterflyfish can be difficult to wean off live foods and this as usual much depends on the individual fish. Some are easier than others. Fishes from Australia are more expensive but tend to be in healthier condition. As with any other purchase always choose a healthy looking specimen.

They should only be kept by upper intermediate and experienced aquarists as they are shy feeders and may need to be offered quite a variety of foods before they will start eating. They are very good for controlling glass anemones or aiptasia.

They need a fair amount of swimming space as well as holes and overhangs to move in and out of and should only be introduced to a well established aquarium to give them some live foods to supplement their diet. They will pick on some anemones and featherworms and occasionally polyps of the larger stony corals.Much of this depends on the individual fish though. Some do and some do not.

They are not aggressive fish but they are territorial and will be aggressive to their own kind unless a pair forms which is unlikely so it is best to have them singly. If they are spending most of their time hiding and dart in and out of hiding continuously then they are probably being bullied. 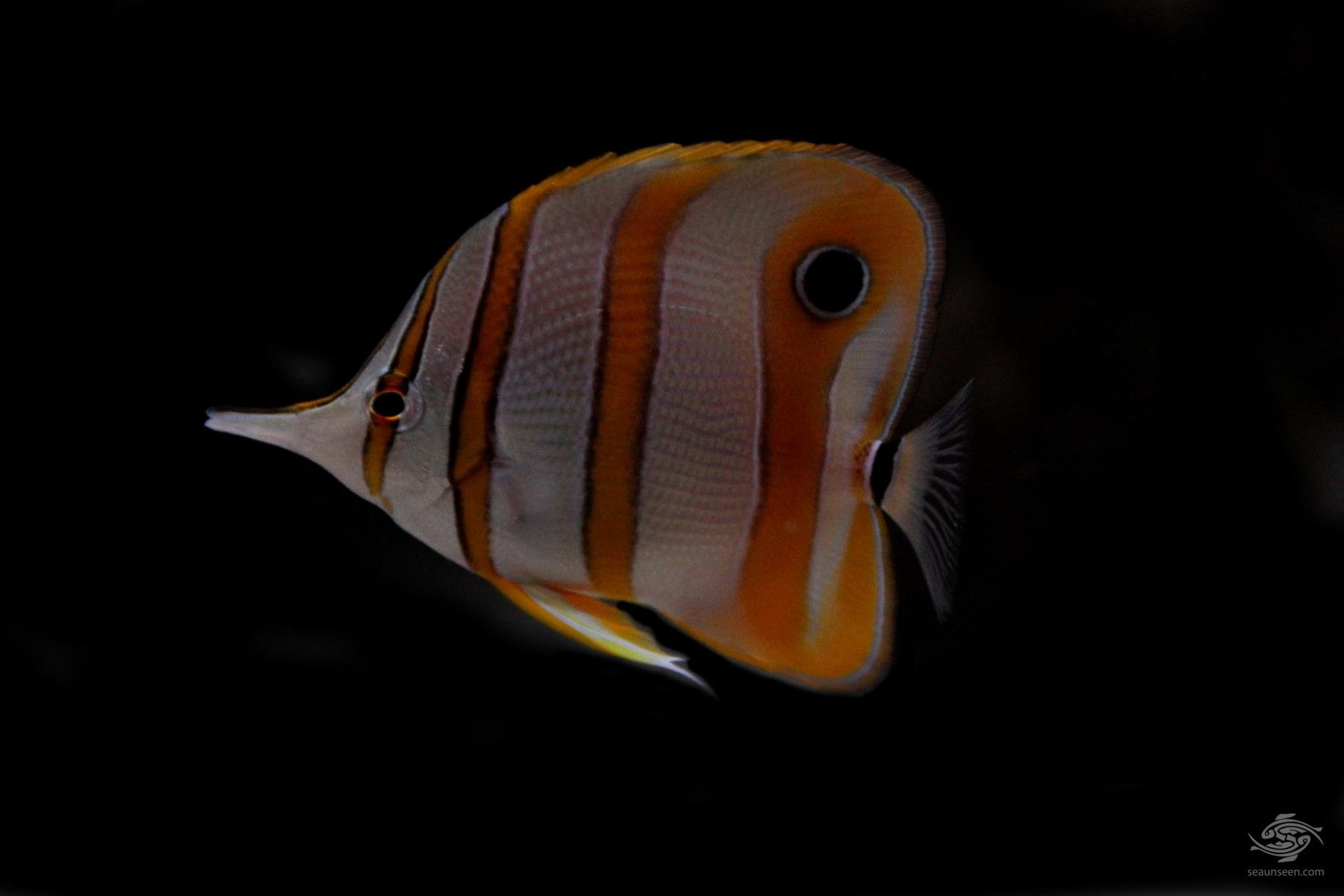