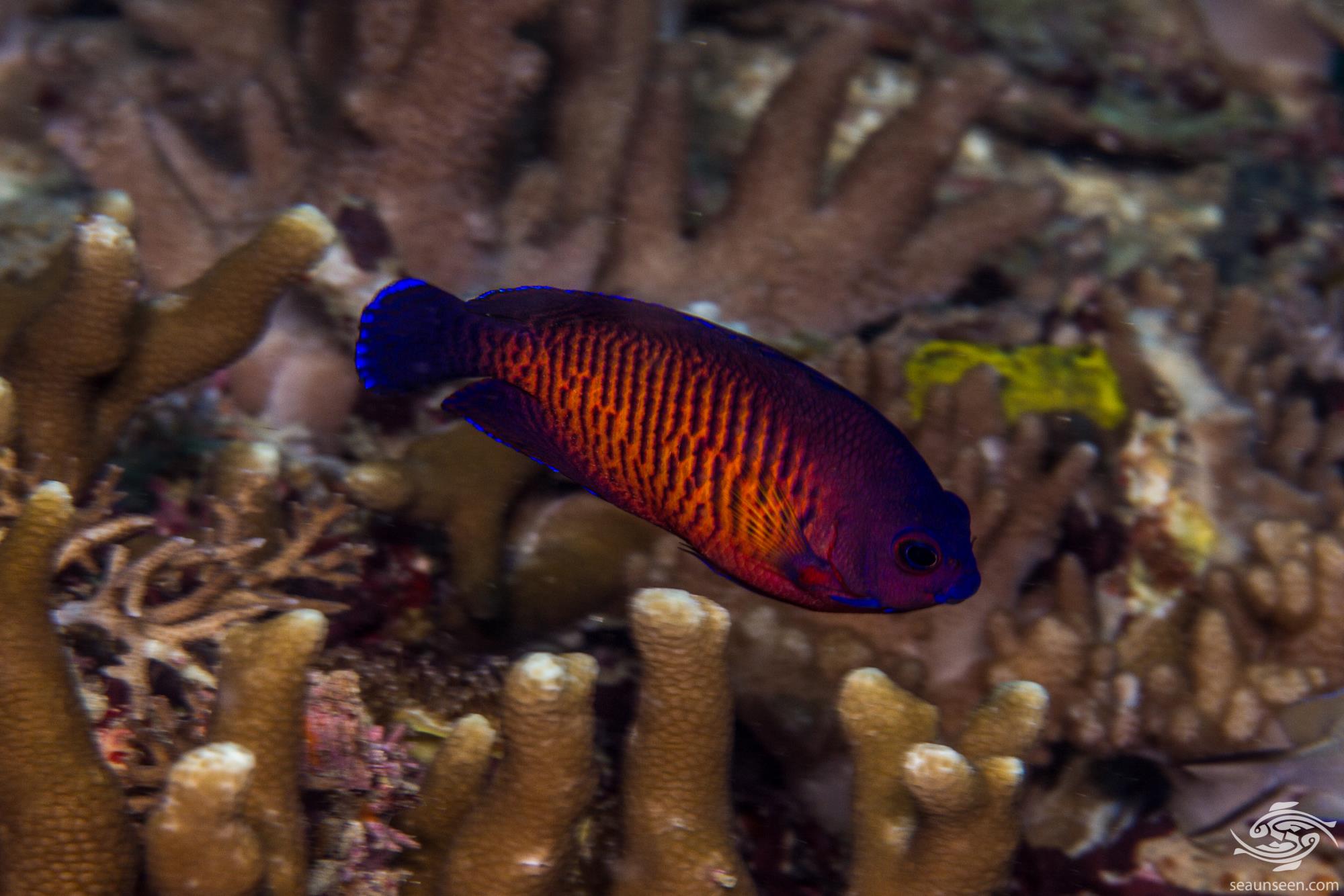 The Coral Beauty Angelfish (Centropyge bispinosa) is also known as the Twospined Angelfish. With regards to the smaller Centropyge Angelfishes in East Africa it is a toss up between the African Pygmy Angelfish and them as to which is the most attractive looking. Both are extremely colourful. 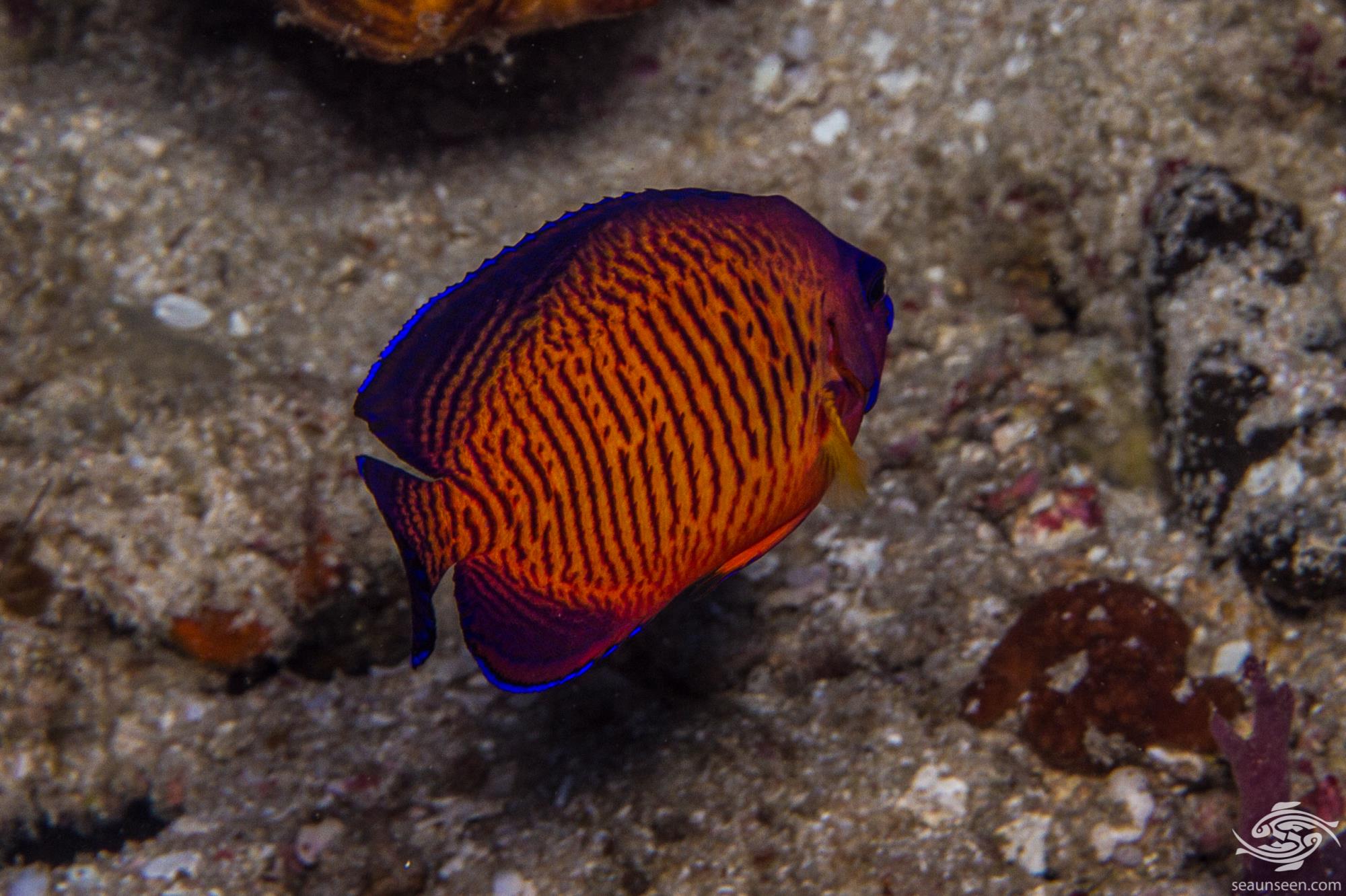 The Coral Beauty Angelfish is a stunning looking fish because of the brightly contrasting blue and orange coloration. They seem to vary greatly in colouration and the specimens in Tanzania seem to be more of a red orange color than those in other parts of the world. Once we saw a Centropyge Angelfish at about 28 meters on a wall that was solid blue in color with a yellow dot on the caudal area which was probably some type of hybrid but we have never seen any other major variation.
The front section ahead of the gills extending back on the dorsal section is a purple blue colour which extends across the top of the dorsal area onto the caudal area. On the mid section of the body the color is an orange to orange red depending on the specimen. The colors in this part of the body vary greatly and we have seen some that are almost red. A series of vertical blue purple irregular bars run across the orange section. On the pelvic, dorsal and anal fins which are a dark purple blue color there is a light blue edge. On some specimens such as that above the orange extends onto the tail. Their lips are blue as are the spines. They grow up to 8 cm in length. 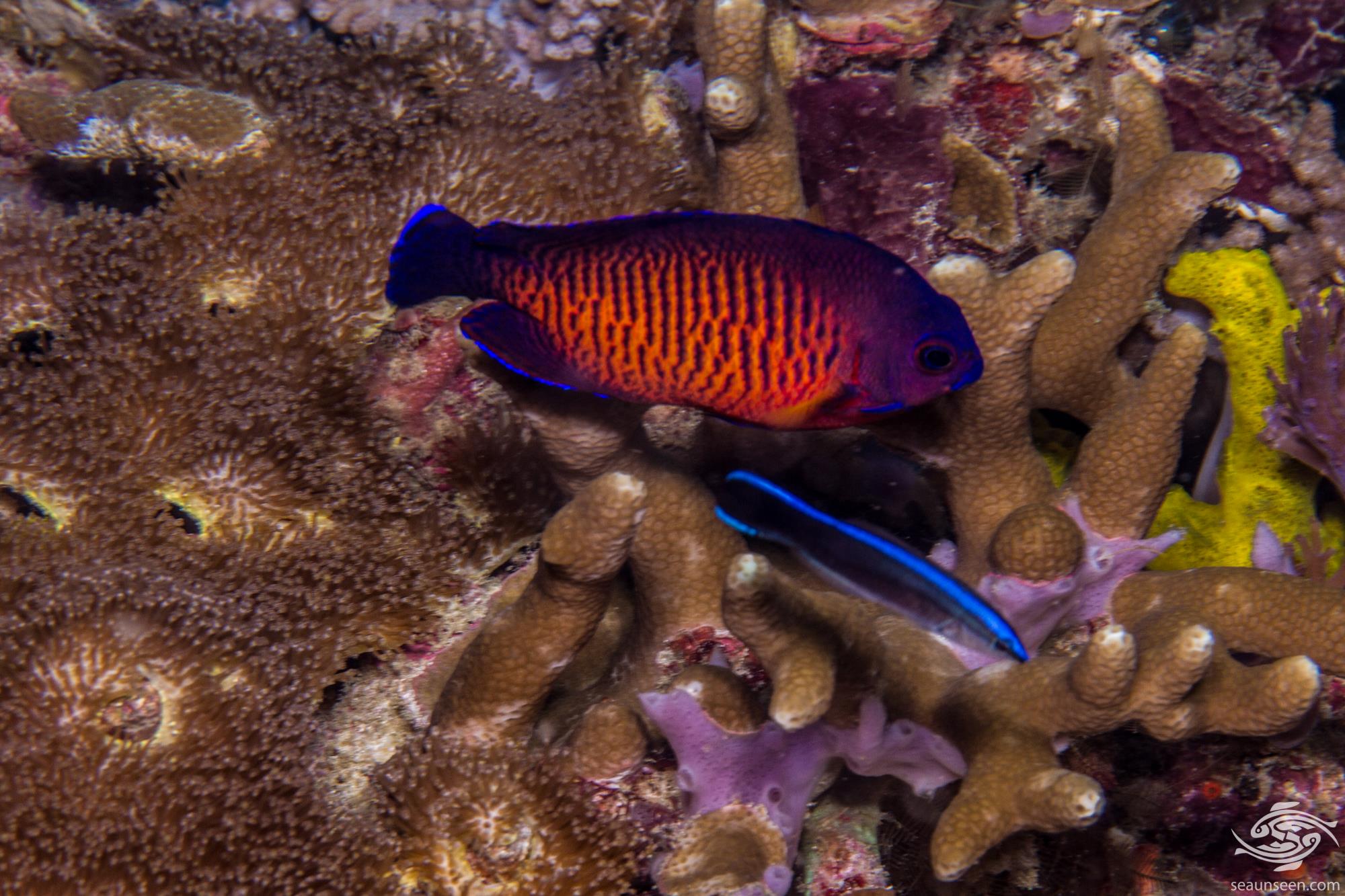 CORAL BEAUTY ANGELFISH IN THE WILD

The Coral Beauty Angelfish is not that common on the Tanzanian coast, but they are extremely cryptic and normally go into hiding once they see a diver so it is hard to tell exactly how many are around. Usually one only catches a quick glimpse of them before they go into hiding.

They are highly territorial and always seem to be in the same spot. On one of the dive sites in Dar es Salaam there has been a small group in exactly the same location for at least three years now. The group are always under the same small rock which is about 40 cm by 20 cm and has a small crevice under it. They never seem to travel more than a meter or two away from this rock which has abundant hiding spots around it. They are seen either singly or in small groups. 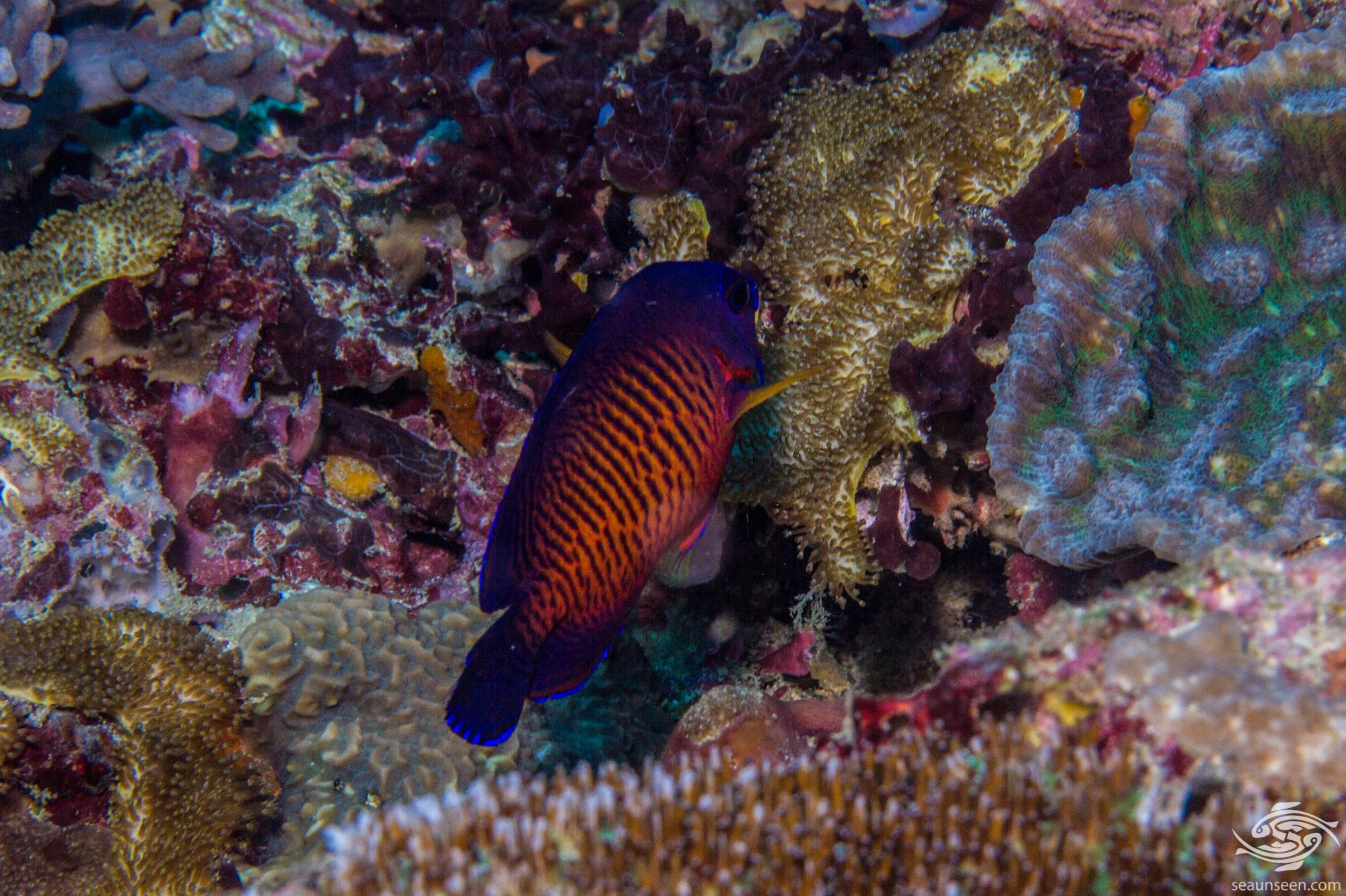 The Coral Beauty Angelfish is found along the African coast from South Africa north to at least Kenya but possibly Somalia. They are absent from the Red Sea and their range extends across to Southern Japan and down to the Great Barrier Reef and Lord Howe Island. They are usually found in mixed coral and rubble areas. There seem to be more of them on reef flats at around 10 to 18 meters in depth. 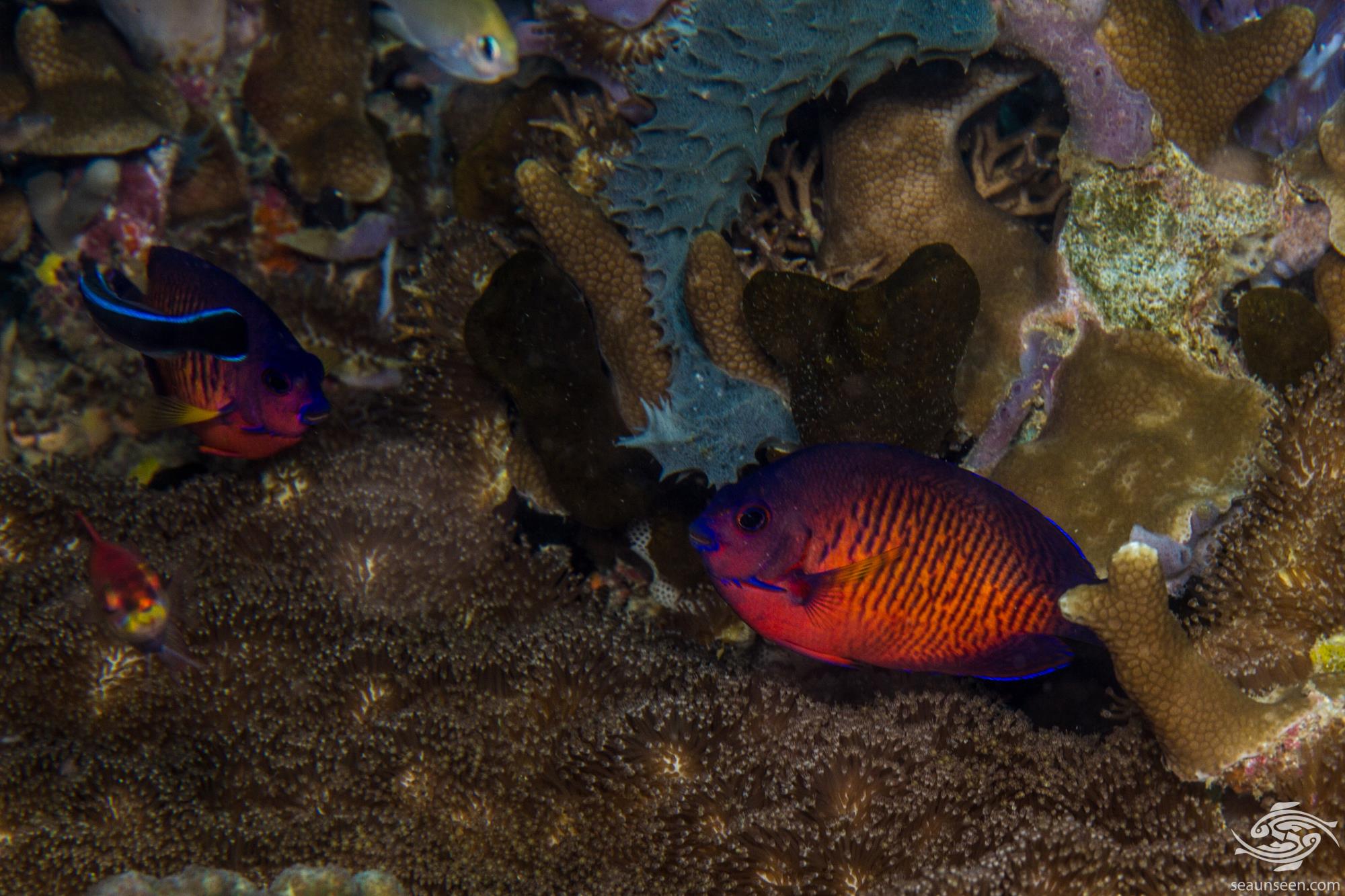 The Coral Beauty Angelfish feeds on algae and is probably an opportunistic feeder on small benthic organisms such as crustaceans and mollusks. They are known to pick on corals in aquariums. 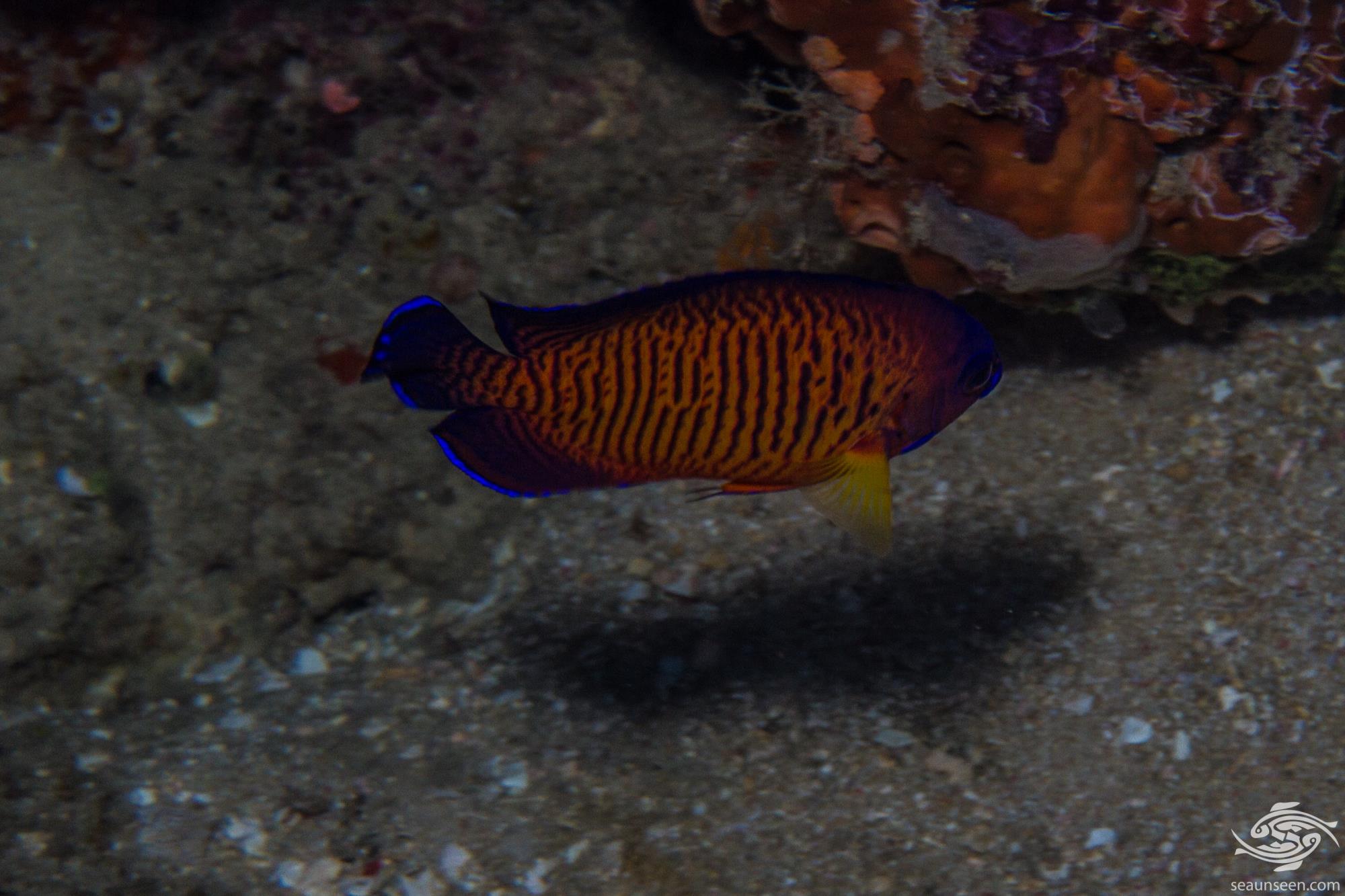 The Centropyge species form loose haremic groups of one male and several females. They are protogynous hermaphrodites, meaning that they start off as females and that the dominant fish usually turns into a male. Should a dominant male lose the status of being the dominant male they are capable of changing back into a female. The species has been captive bred which is good news both for the species and aquarists. 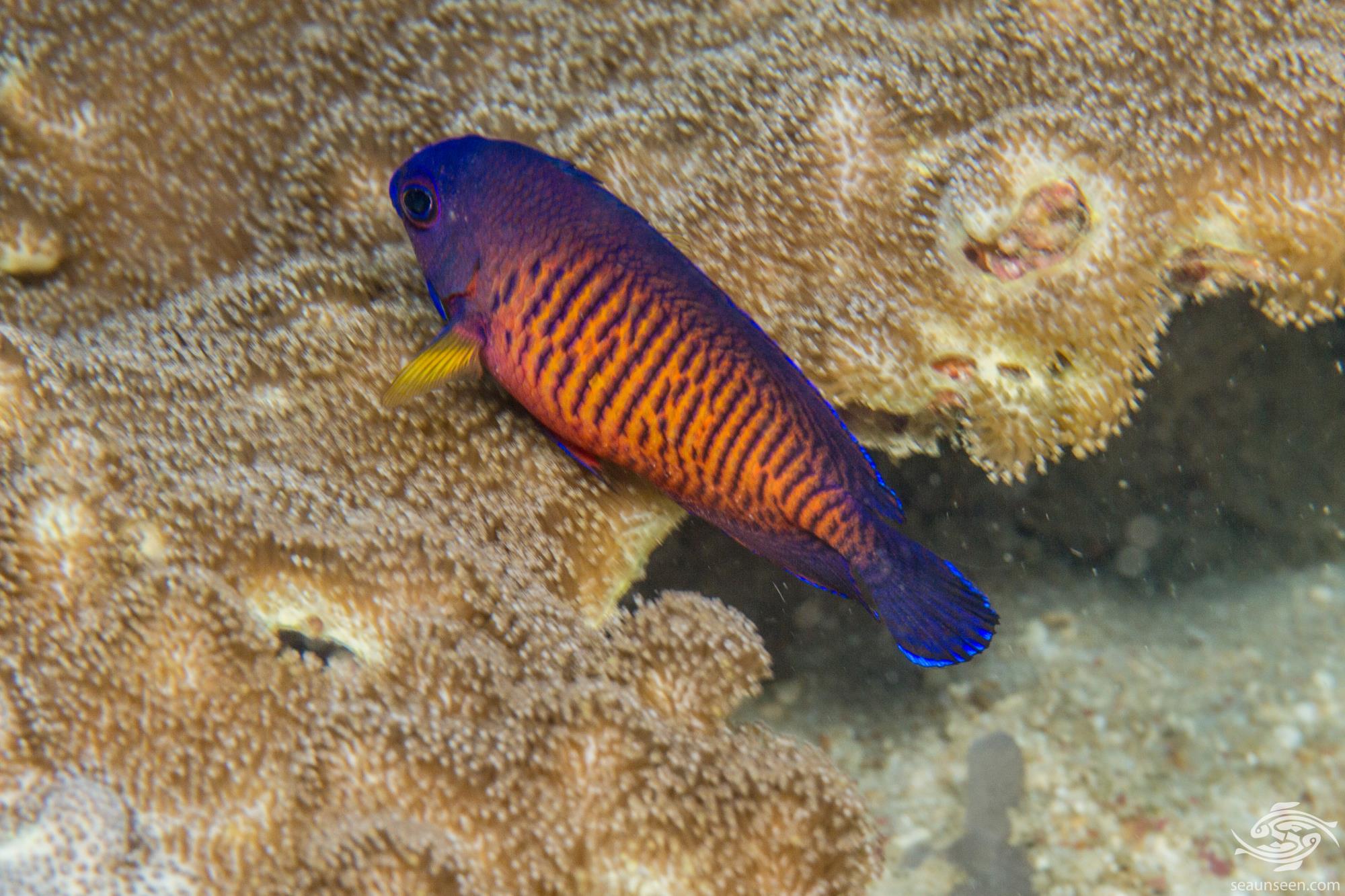 The Coral Beauty Angelfish are often kept by aquarists particularly in South Africa which forms part of their range. They make a stunning addition to a tank but may be slightly territorial depending on the species they are housed with, but they are generally peaceful fish. They will also pick on LSP corals although this seems to vary from specimen to specimen. Being very hardy they are suitable for beginners. Their relatively small size adds to their popularity. 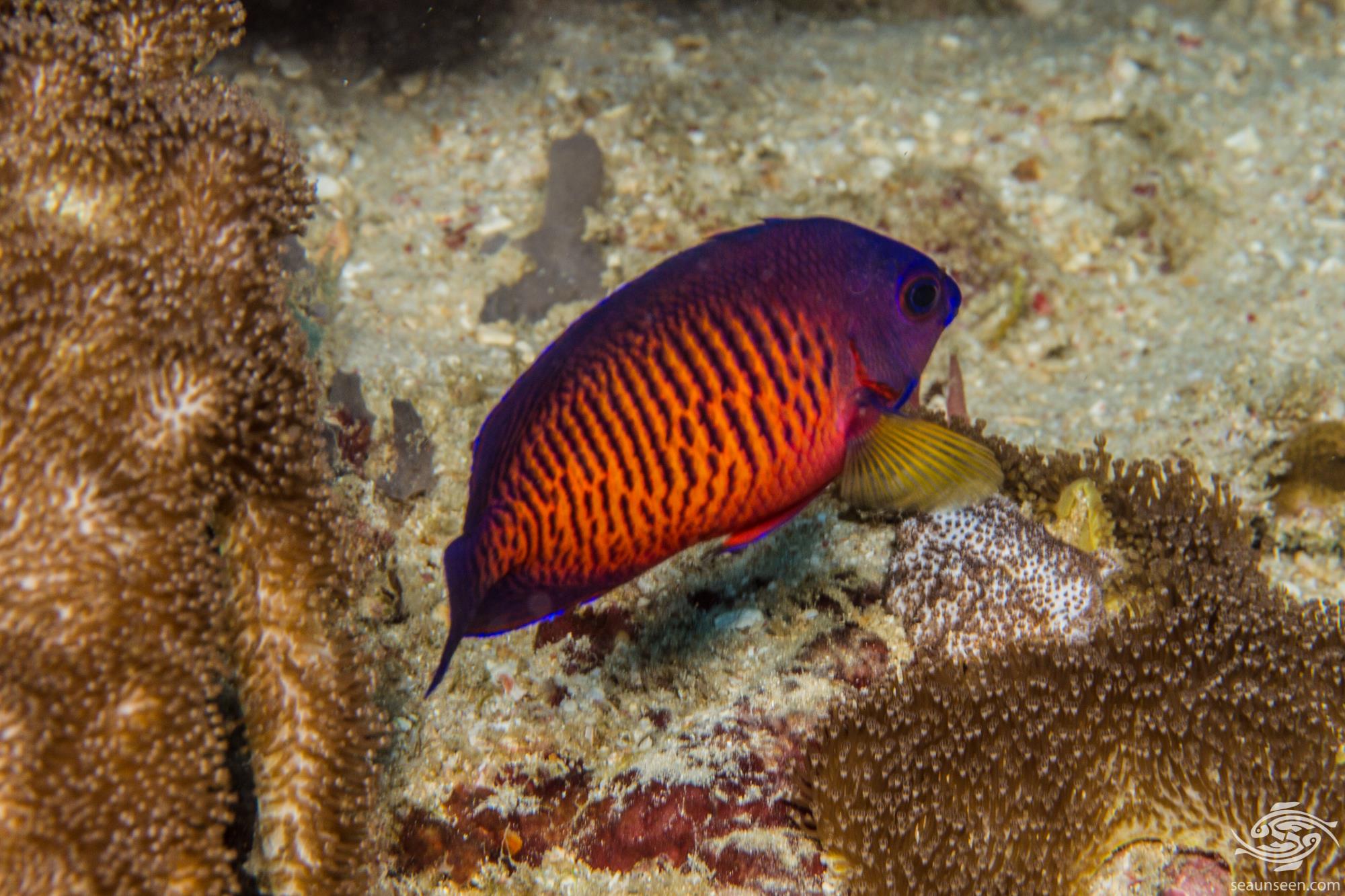 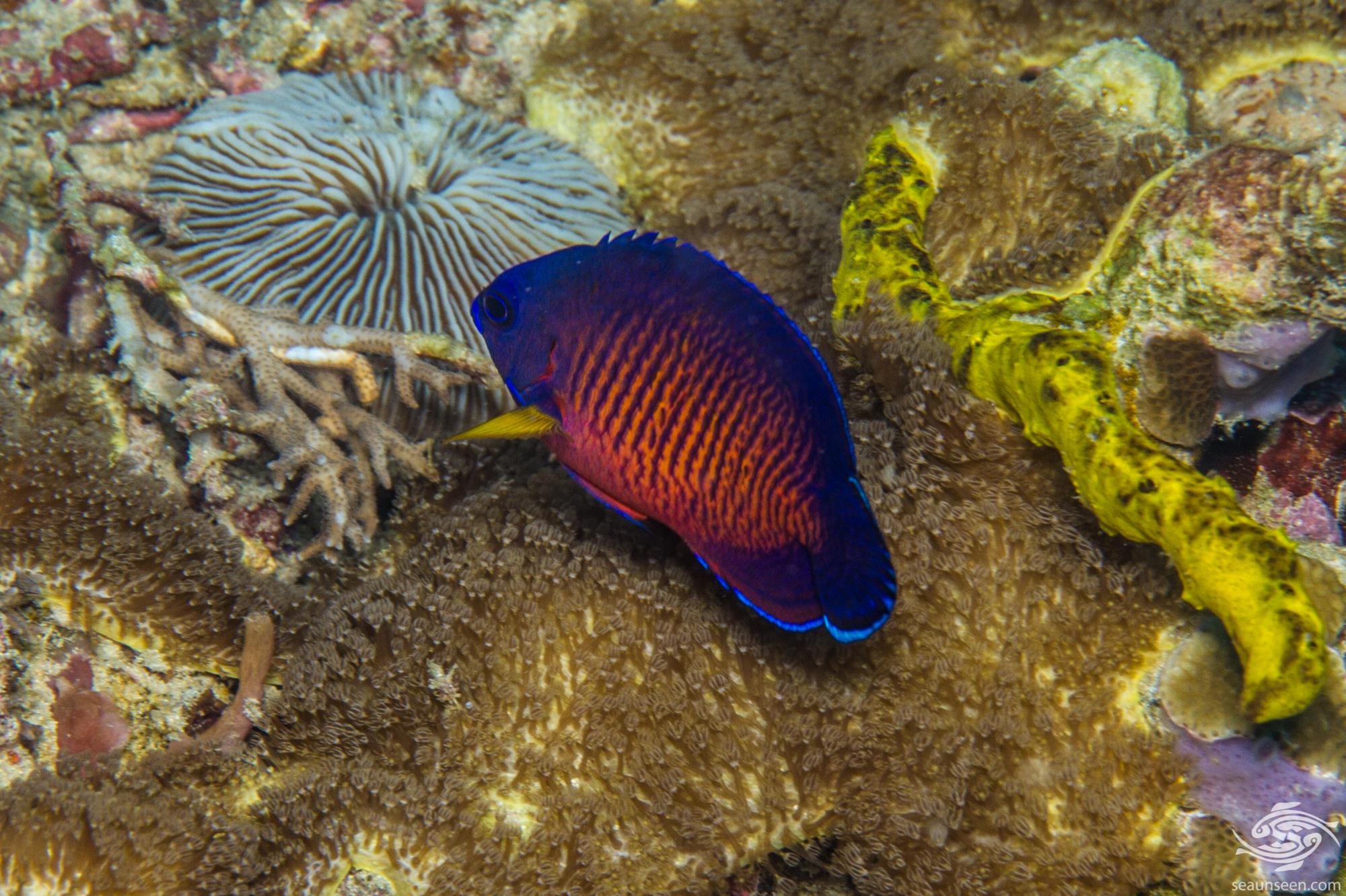