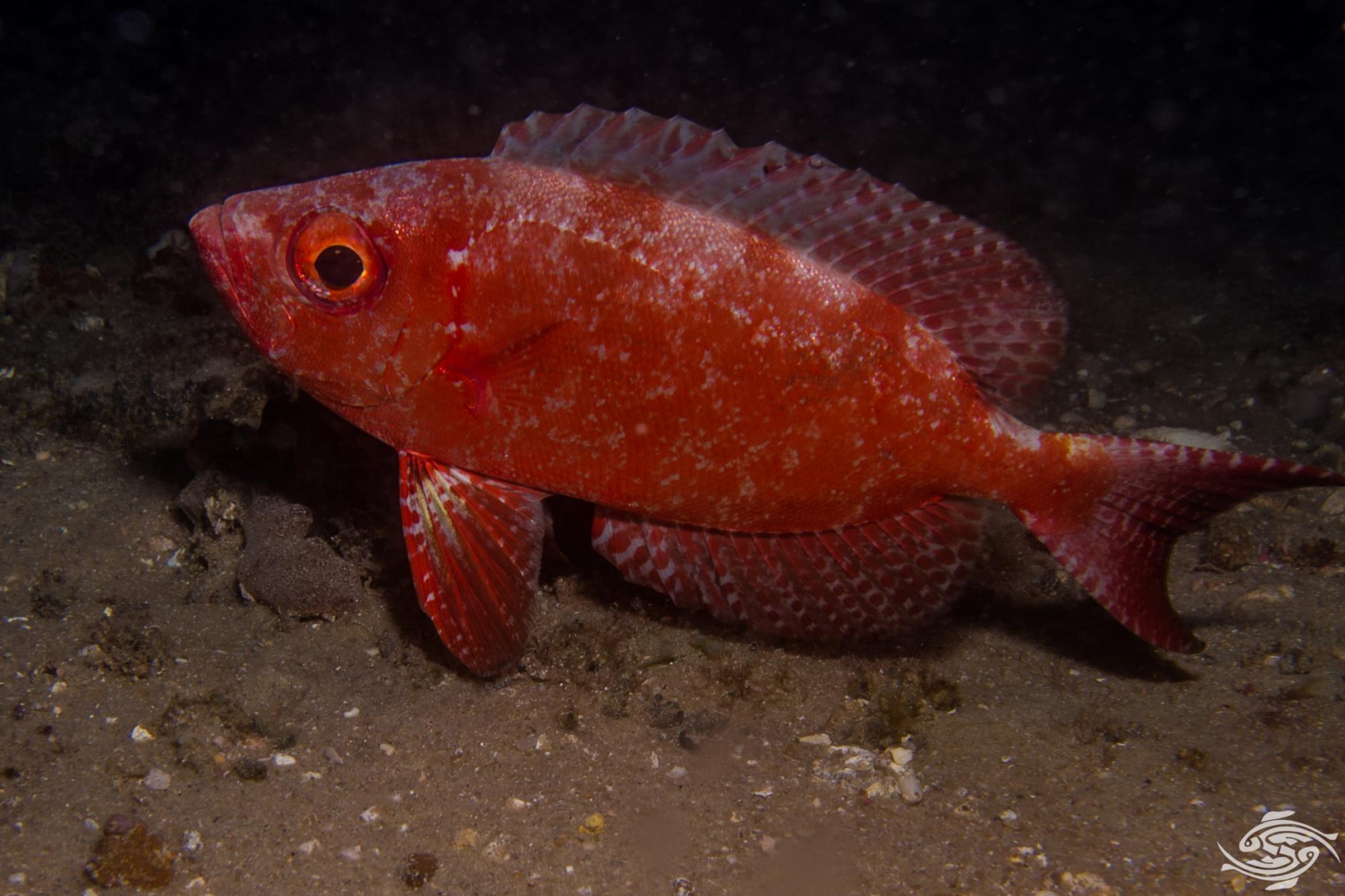 The Crescent Tail Bigeye Priacanthus hamrur, is also known as the Lunar-tailed bigeye, Goggle eye, or Moontail bulls eye.  As can be seen in the images they obtain their name from their large eye and their crescent or lunar shaped tail. They have amazing colour change abilities and can alternate between red and silver in seconds.

Crescent Tail Bigeye have a silver pink to red body and are able to switch between red and silver with bars and blotches or without in seconds. We have tried to include most of the colour variations in this post. They have a large eye and a fairly large mouth which is upturned. They grow up to 45 centimeters in length. The juveniles have a truncated tail and only when they are full grown does the crescent tail develop. 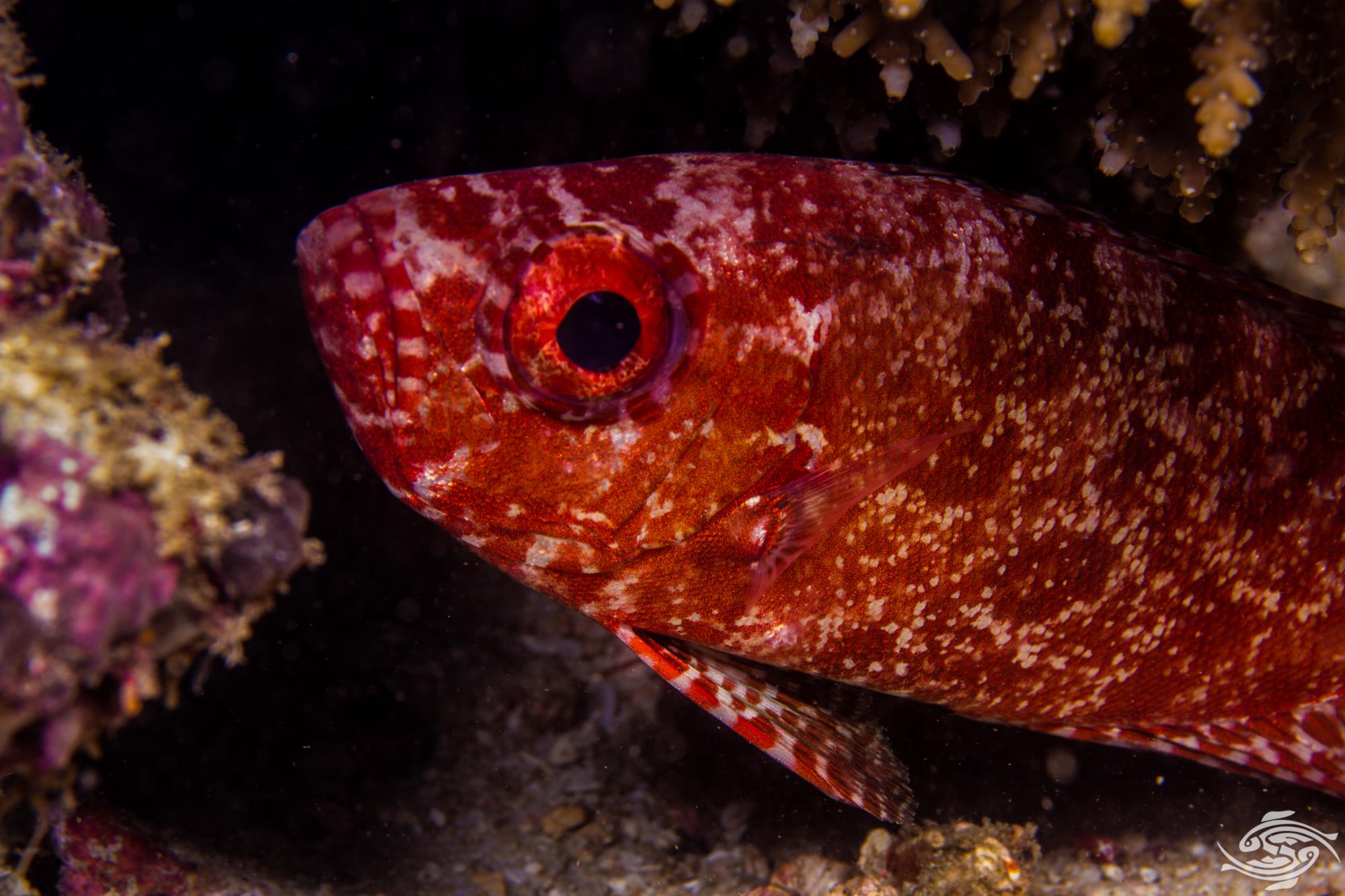 They are generally shy and will usually back away from a diver if he gets too close.  During the day they will normally be under an overhang, or in a cave, sometimes with Squirrelfish or Soldierfish. During the night when they are out feeding they are usually always solitary. If one dives in low visibility of around 3 meters or so, one can see a surprising number of these fish out, far more than if the visibility is good. On very rare occasions they are seen swimming over the reef during the day when the visibility is good. 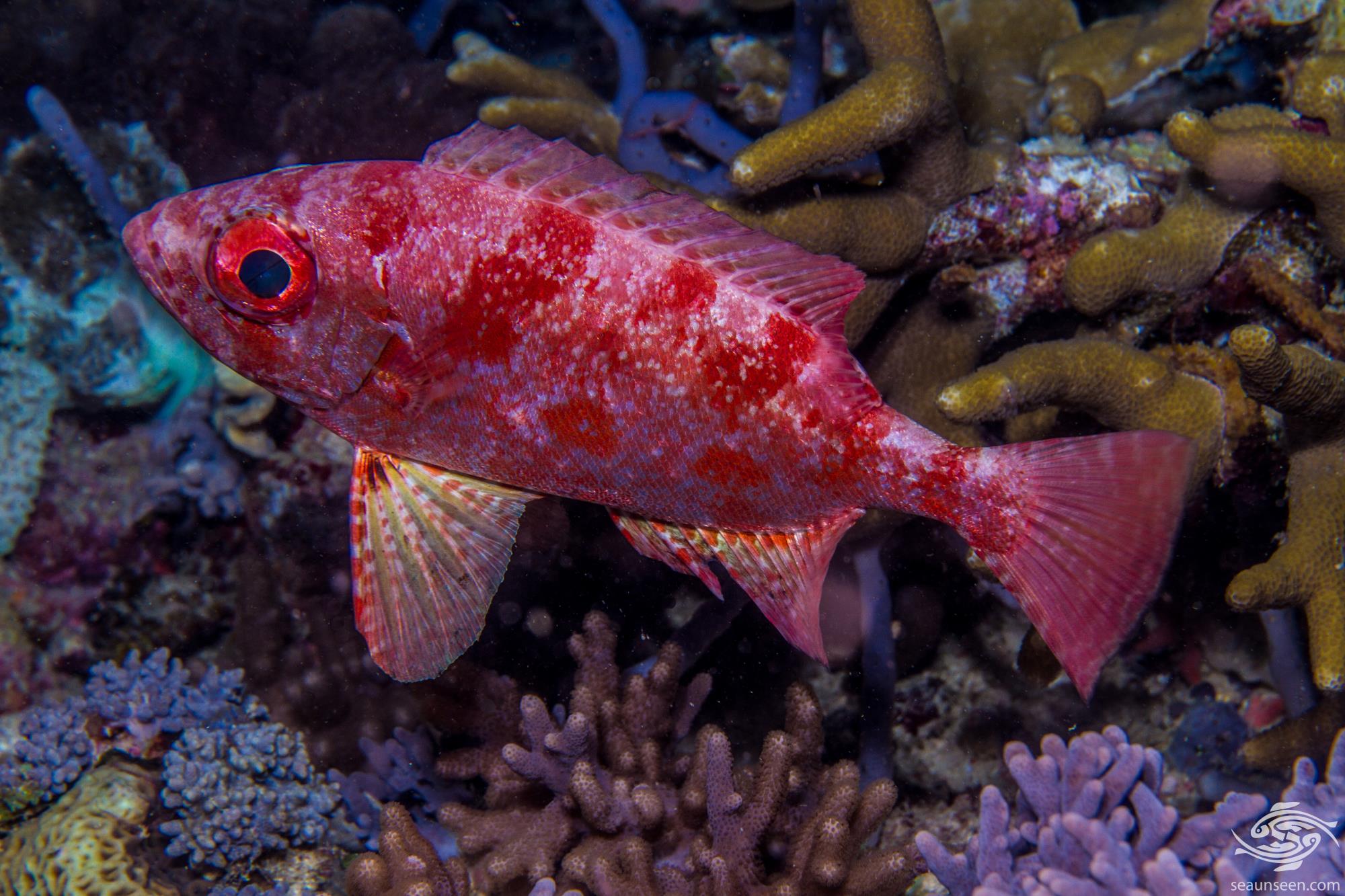 The Crescent Tail Bigeye is found across the Indian ocean and in the west Pacific. They are found from depths of 10 to 40 meters usually in lagoons and outer reefs. 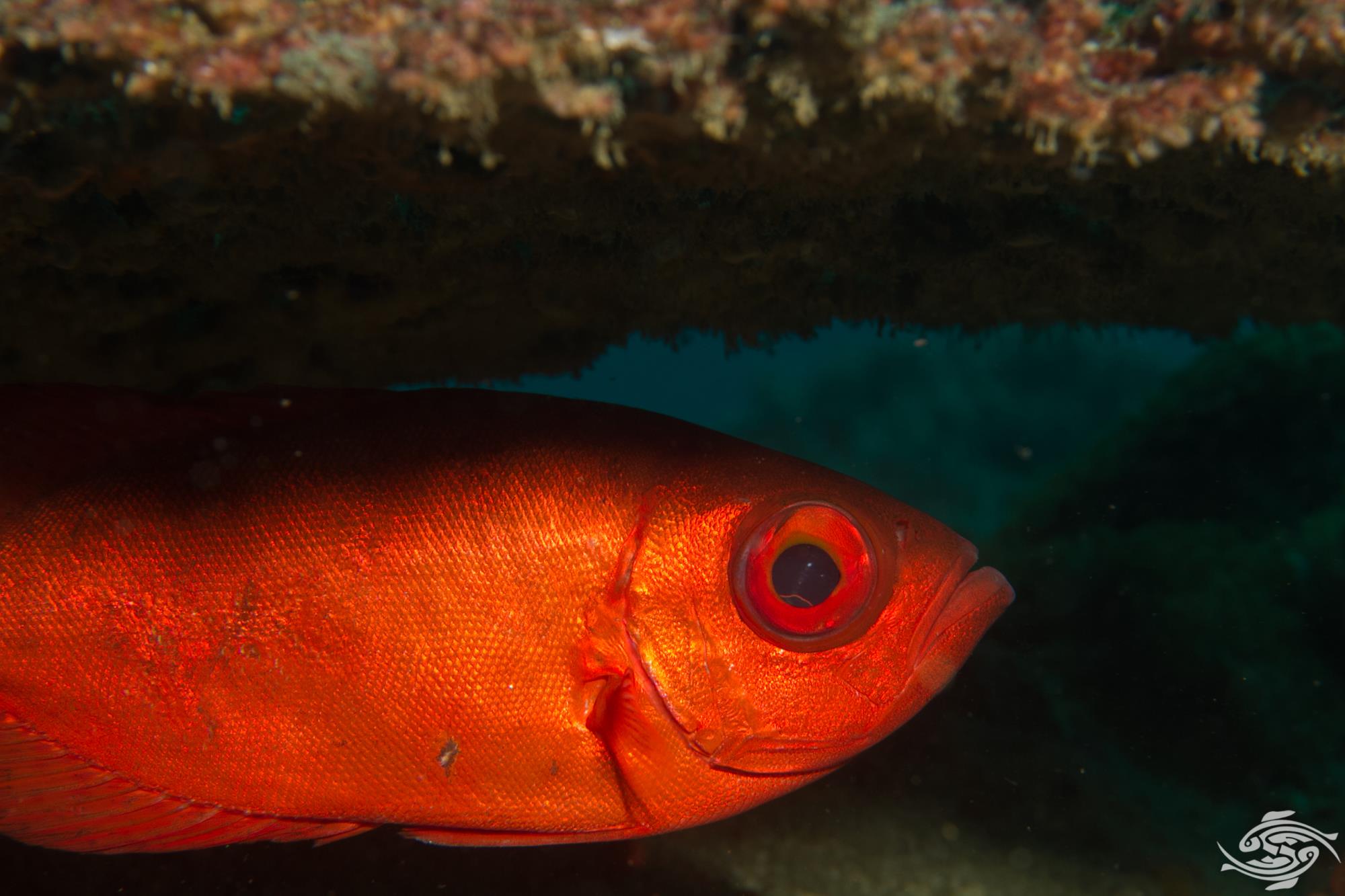 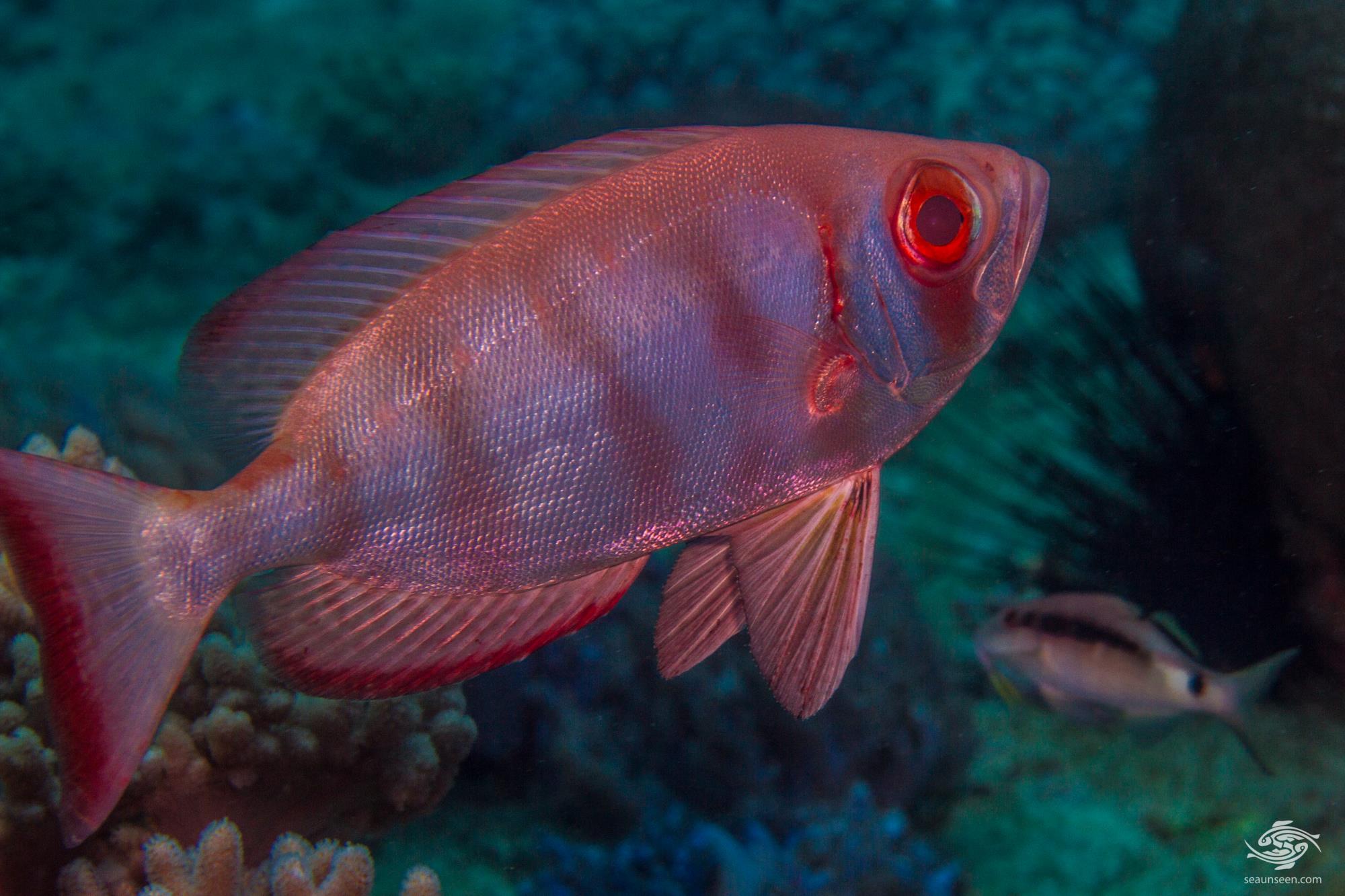 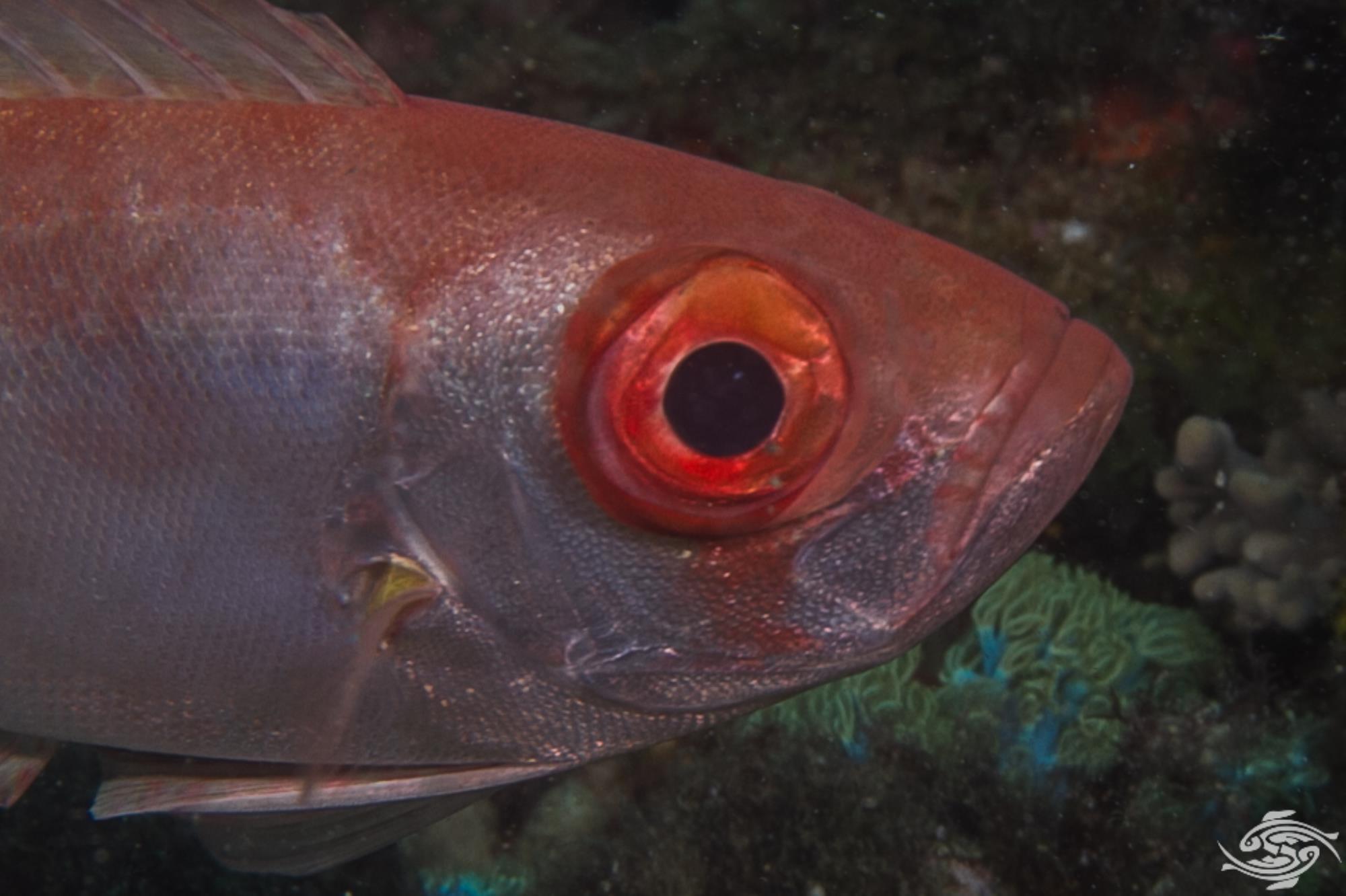 They are not exploited commercially but they are caught by subsistence fishermen. 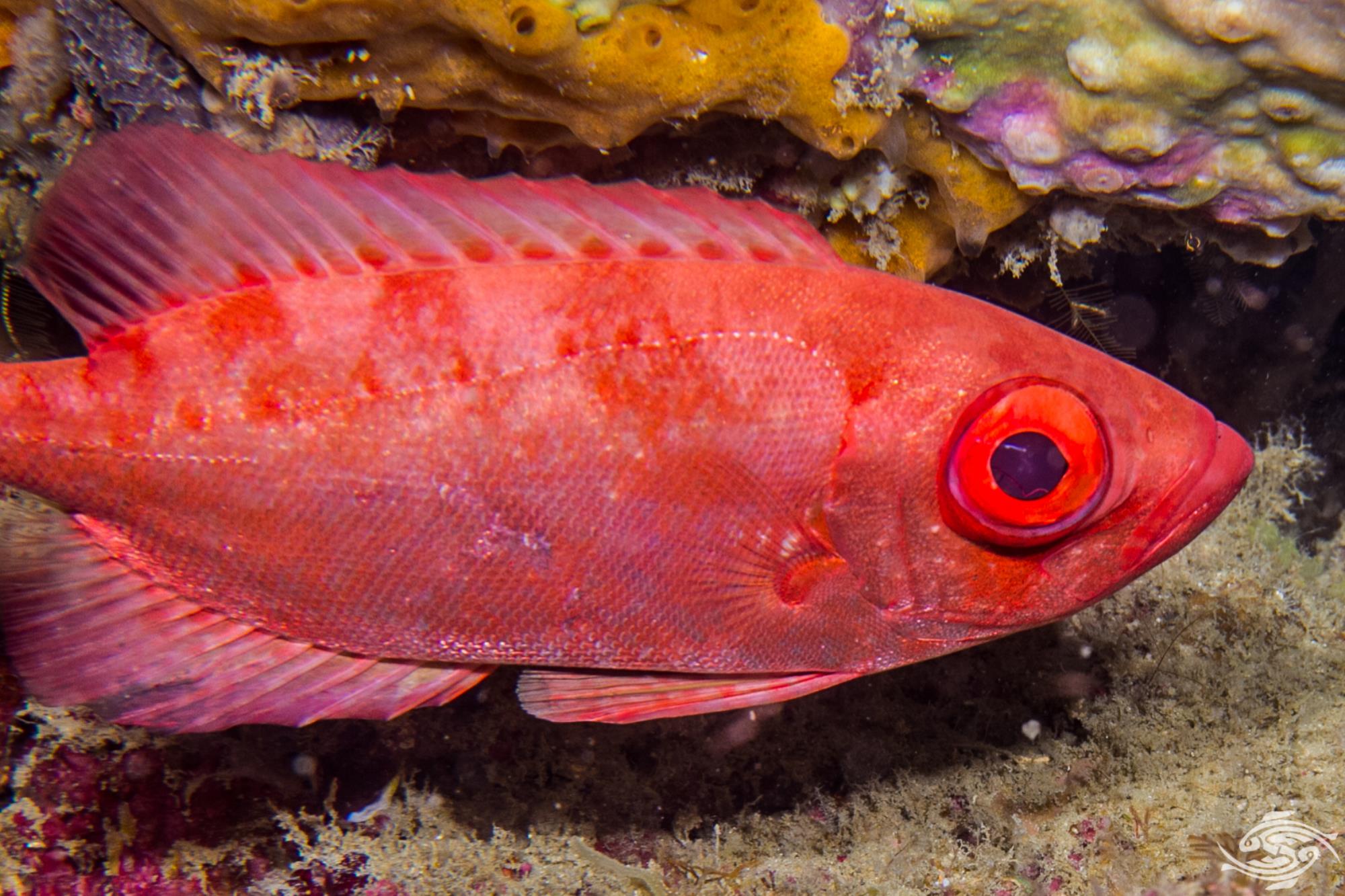 These fish grow quite large and are not normally kept in aquariums. Sometimes they may be seen in public aquariums. 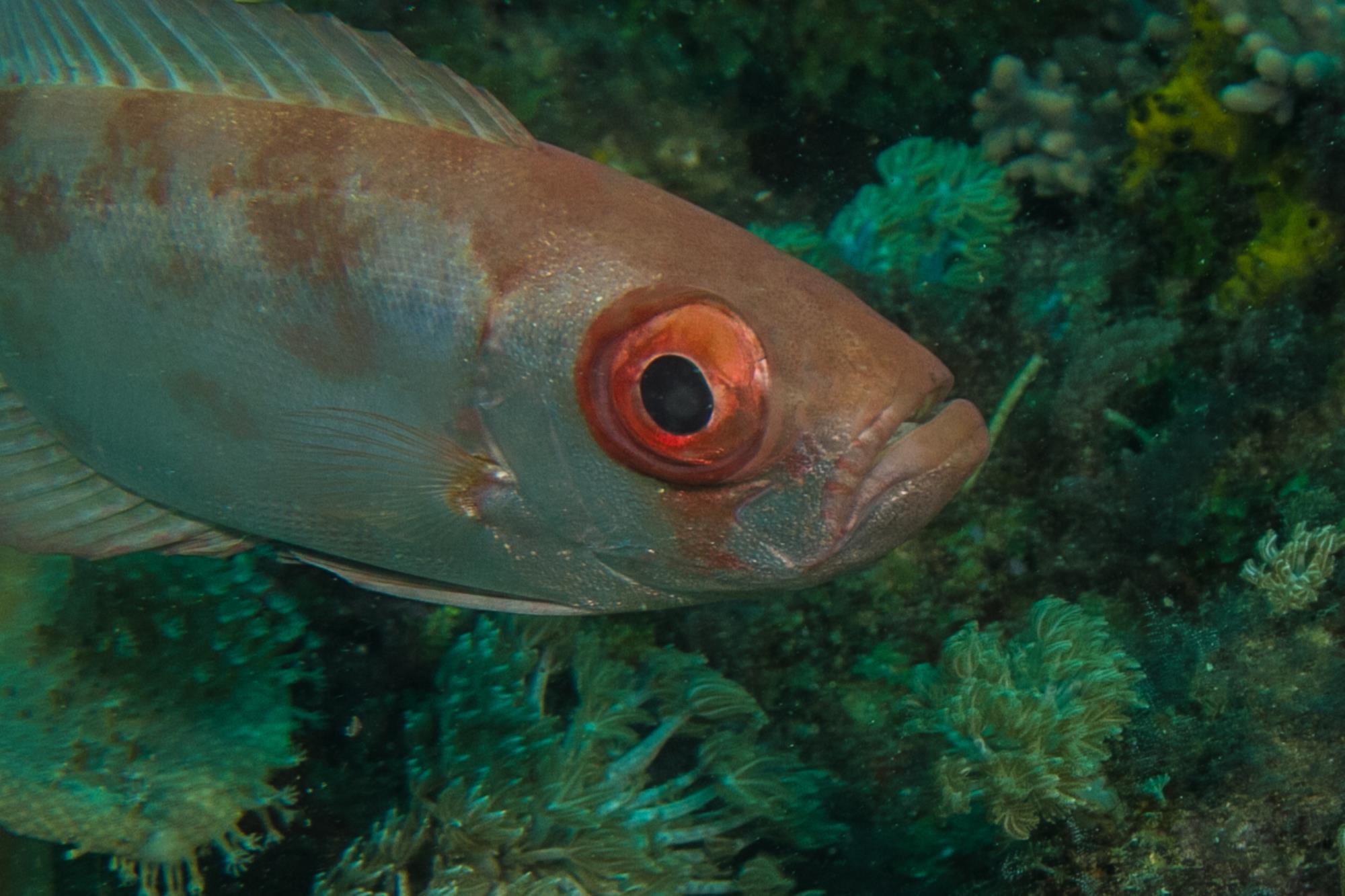