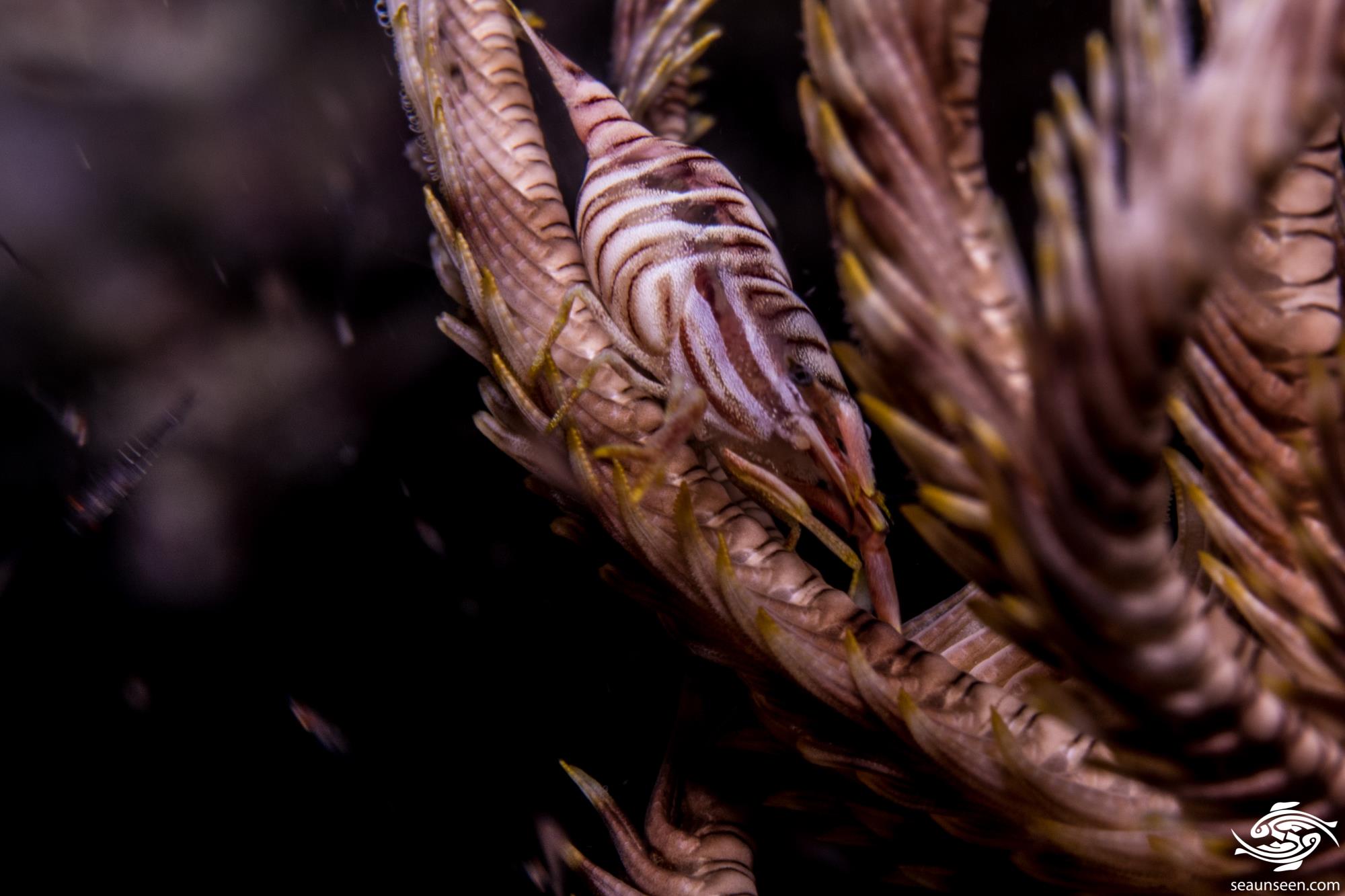 The shrimp match the color of the species of Feather Star on which they are found and can be very difficult to spot. Quite how this matching occurs is not understood and it is not known if the shrimp have the ability to match at an early stage,  whether they find a host with a specific color or whether they have the ability to change colors. Changing colors quickly is not known in crustaceans so one of the former is more likely.

Although the relationship between the shrimp and the crinoid’s is generally described as commensal, in reality nothing is known of the relationship and there is much that is not known about them. The term associates is probably a more accurate term based on given knowledge. Several genera of shrimp are known to live in crinoids and all the shrimp in the images were photographed in Tanzania. 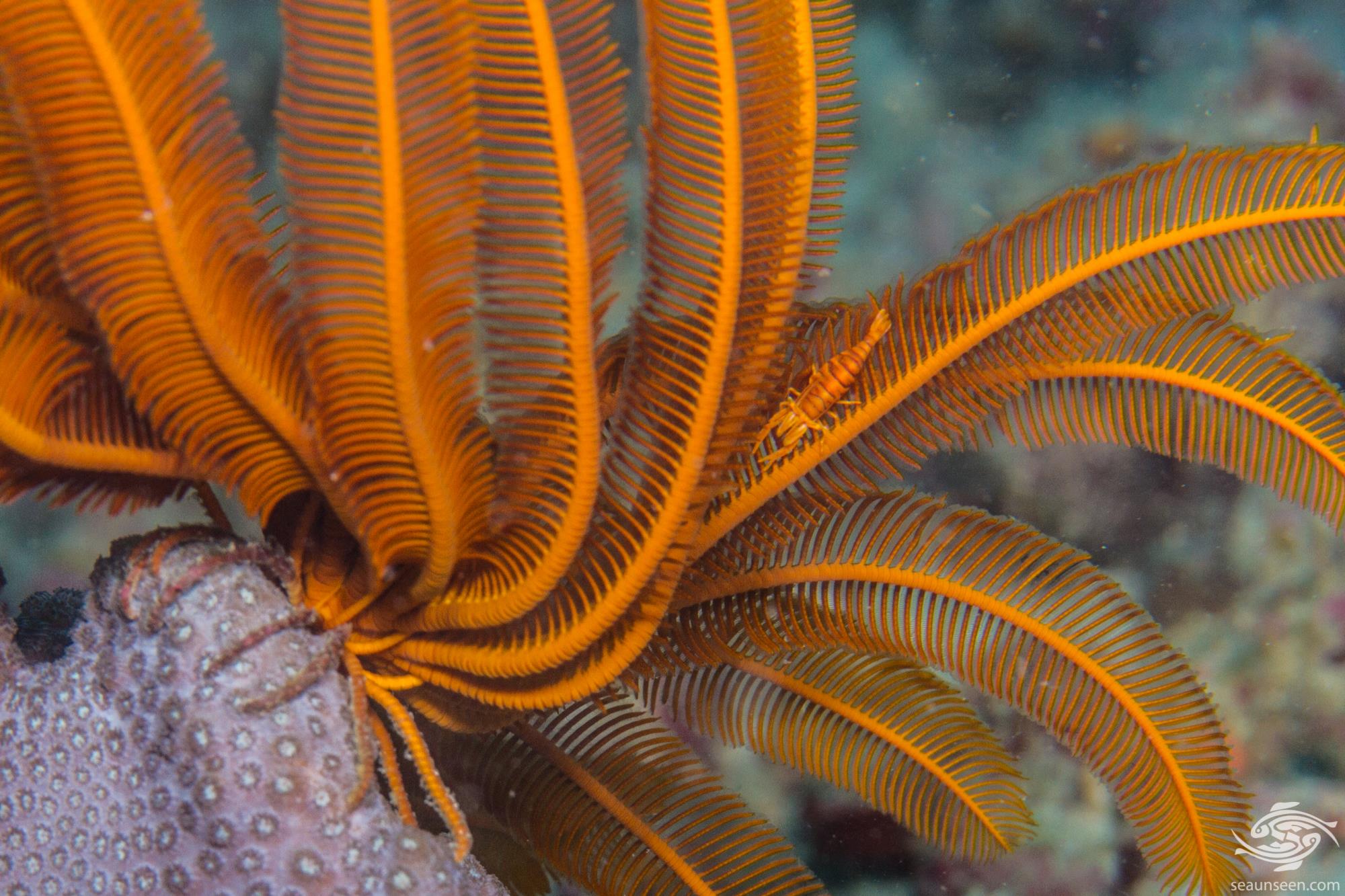 Crinoid Shrimp have a maximum body length of some 25 to 30 millimeters and the colors vary greatly between the different species and even possibly within the species. The colors match the host crinoid’s colors and they are extremely well camouflaged. One has to look quite carefully to spot the specimen below in the center of the image. They are difficult to photograph well to put it mildly. 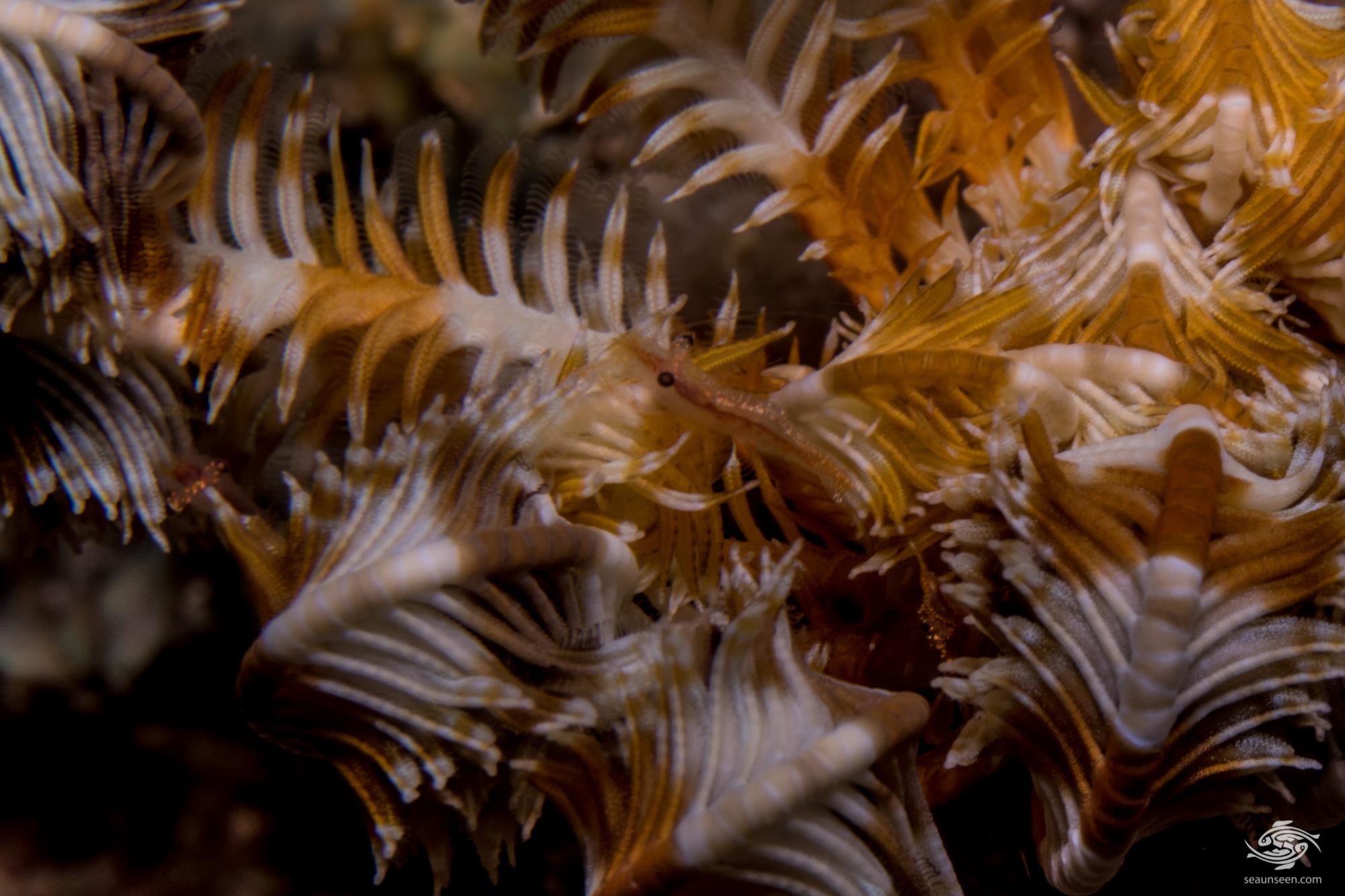 CRYNOID SHRIMP IN THE WILD

We have only ever found one shrimp in each Crinoid and even then one has to look hard to find them. Most Crinoid’s in Tanzania are nocturnal although one occasionally sees them out during the day. On some nights , depending on the moon phase, one can find very large numbers of them out on the reef and by carefully searching in them one can sometimes find a Crinoid Shrimp. Given that the shrimp are  always singular, one wonders how they meet to mate. 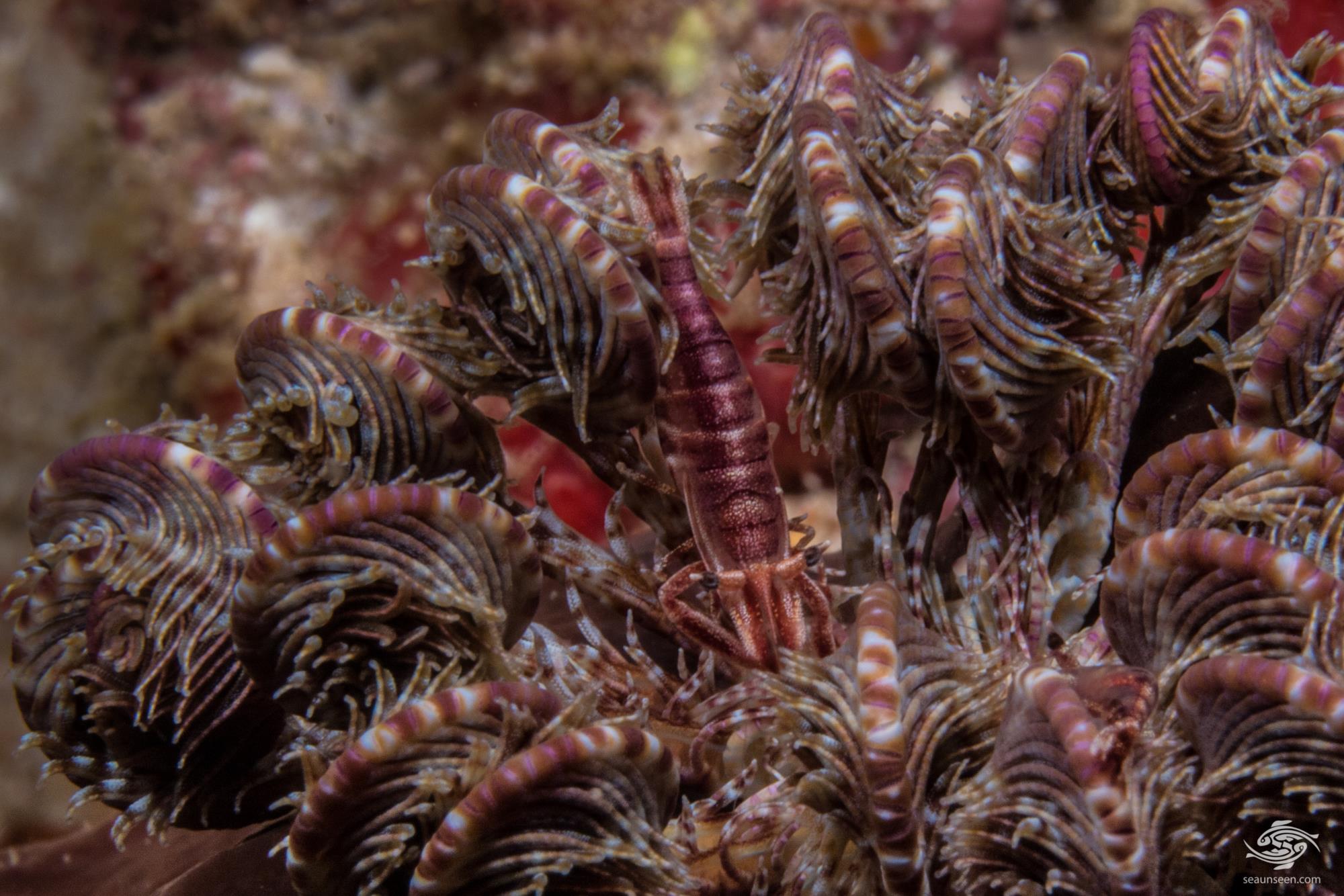 Crinoid Shrimp have a wide distribution and are found across the Indian and Pacific oceans , the Caribbean and the Gulf of Mexico and some of the Atlantic Islands including the Canaries and Madeira. In Tanzania we have seen them from 6 meters to 20 meters in depth. 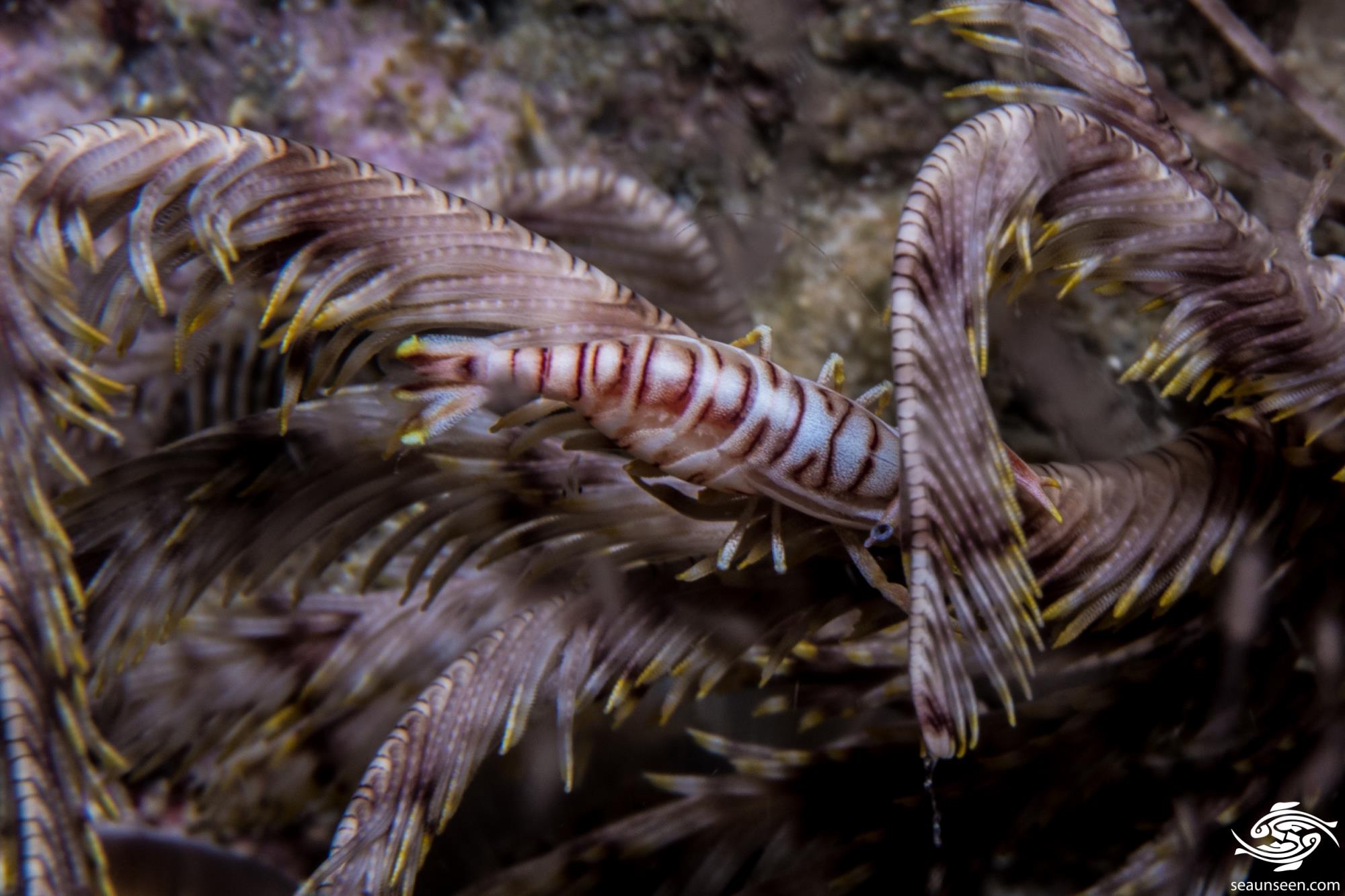 The Crinoid Shrimp probably feed on waste from the crinoid’s and small planktonic organisms that are trapped in the crinoid’s feelers.

There seems to be little information on their breeding habits, because of their rarity and the fact that there is only one shrimp per Crinoid, possibly they are hermaphrodites but that is really just speculation.  We have never seen a specimen with eggs on it. 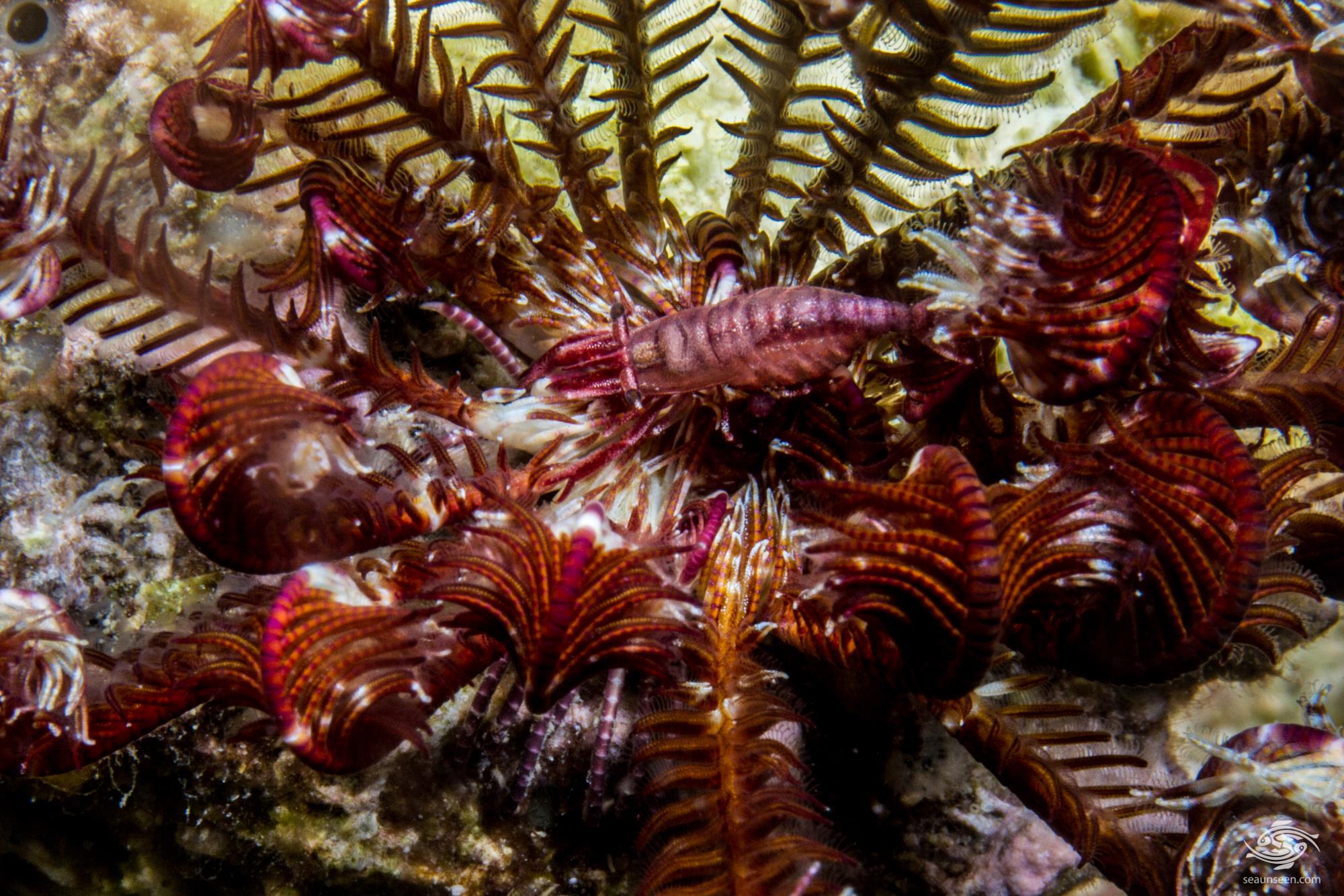 Crinoid Shrimp are not generally kept in aquariums due to the difficulty in feeding Crinoid’s and without the host it would be difficult to keep the shrimp. 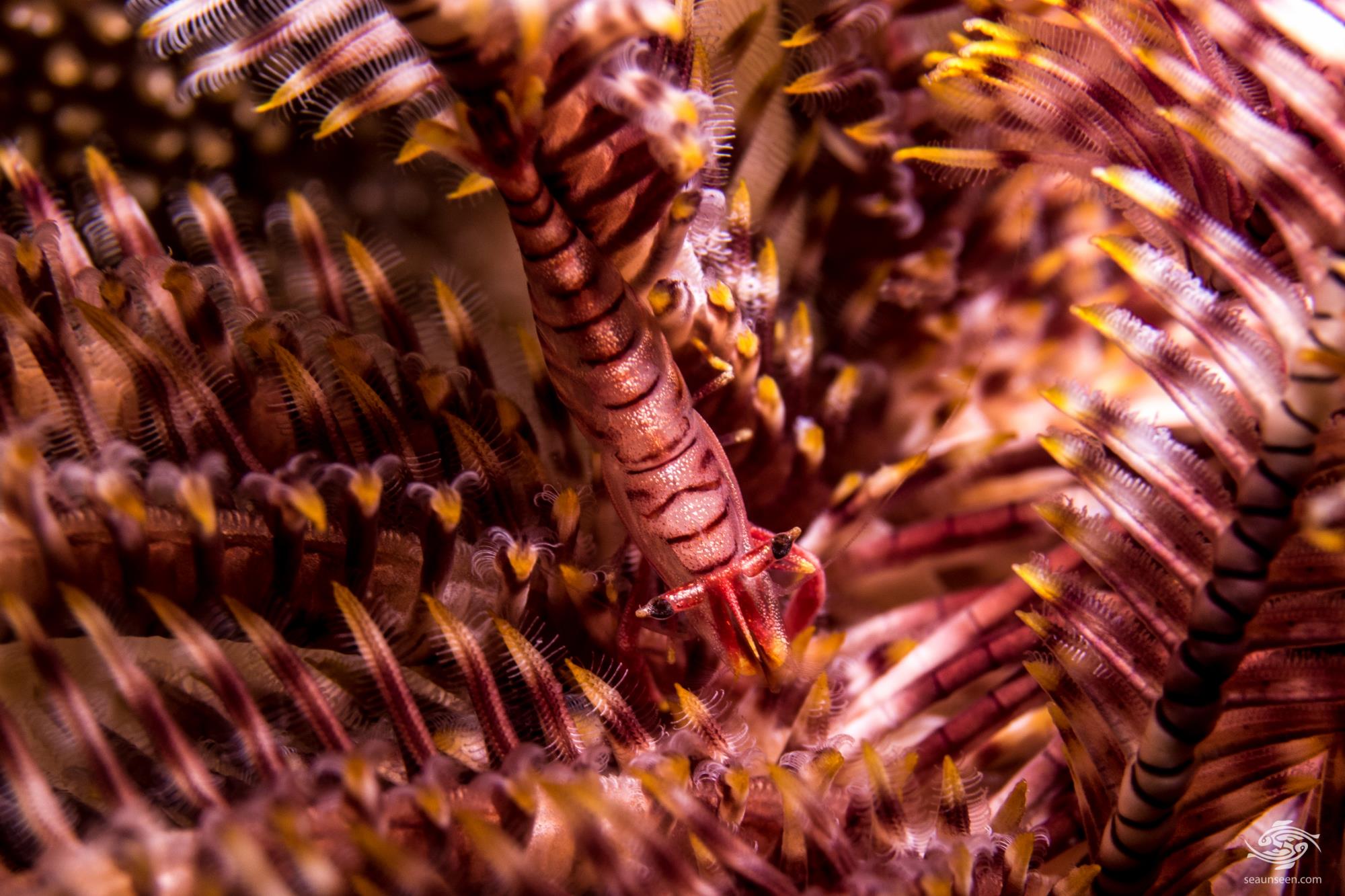