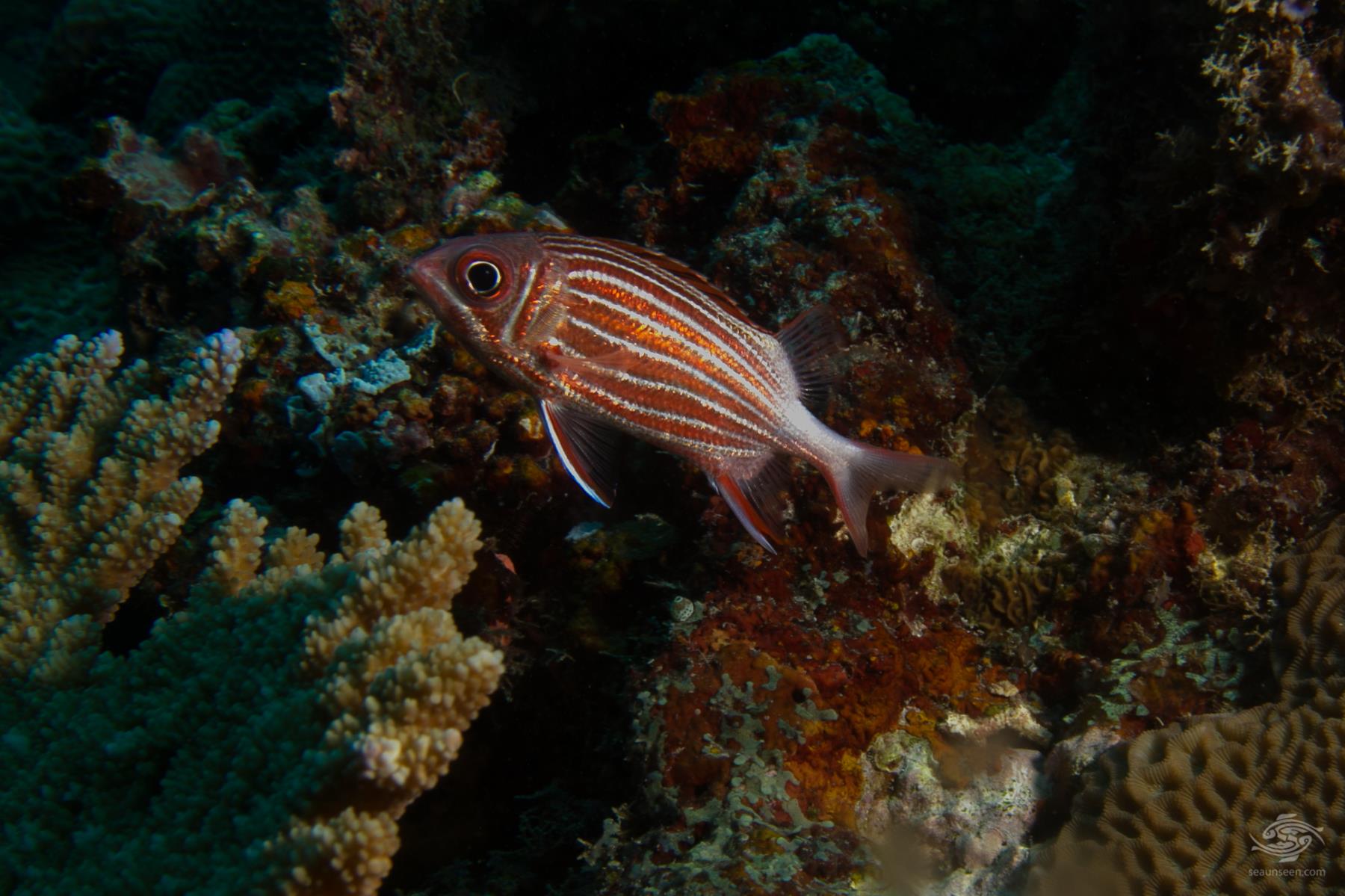 The Crowned Squirrelfish (Sargocentron diadema) also known as the Crown Squirrelfish is a member of the sub family Holocentridae. Members of the sub family are known as squirrelfish and they are typically red and silver or white. On the gill cover they have spines which are reported to be venomous and can inflict a painful wound. They are closely related to the soldierfishes which do not have a spine on the cheeks. 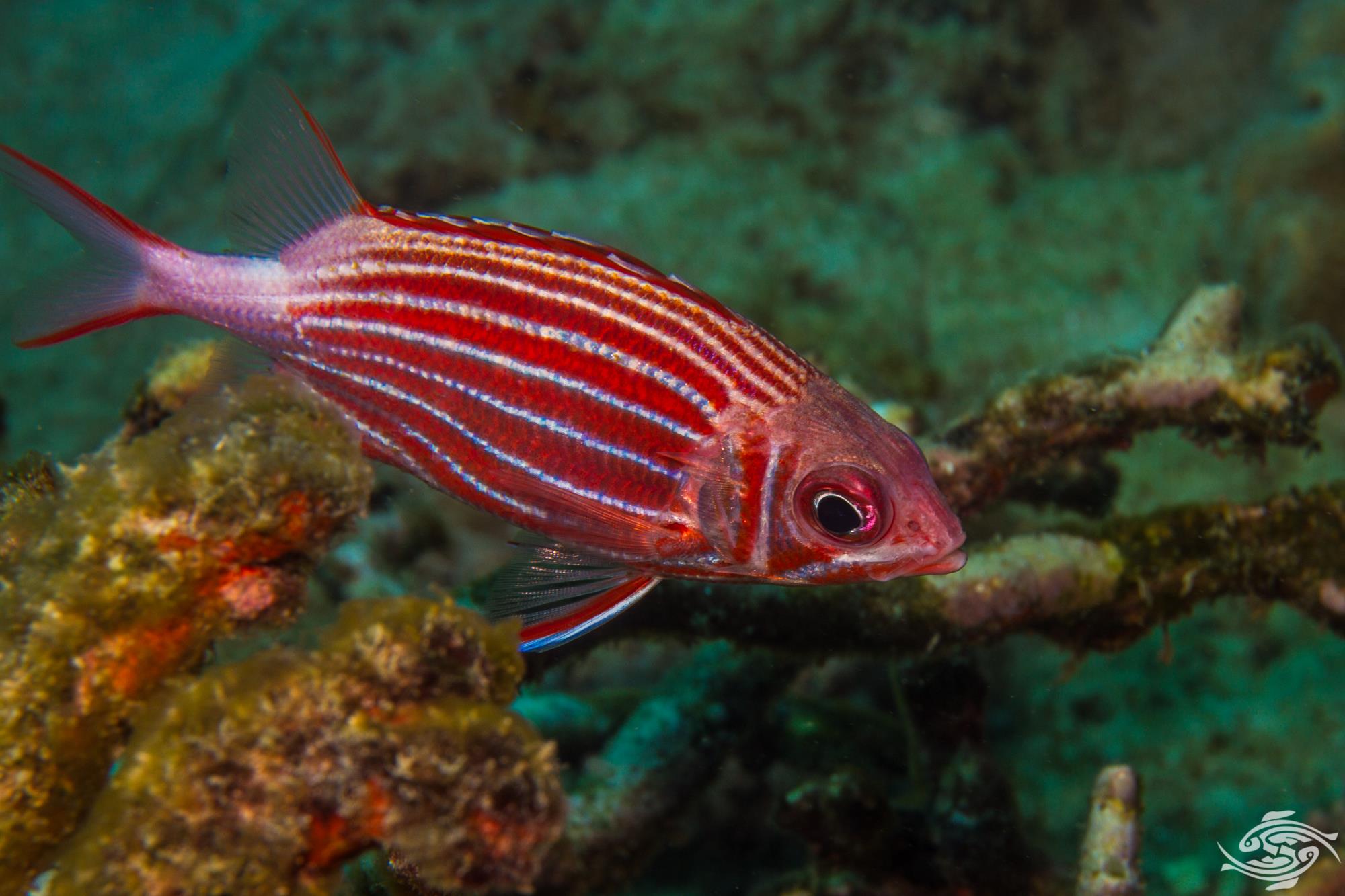 The crowned squirrelfish is a bright red color with thin white stripes running across the body to the tail. The gill cover has a vertical white stripe on it and there is a white line running above the lip.  The area ahead of the caudal peduncle is often a whitish colour and the white caudal fin is forked with red edges. They have a proportionally large eye and are nocturnal feeders. They grow up to 17 cm in length. 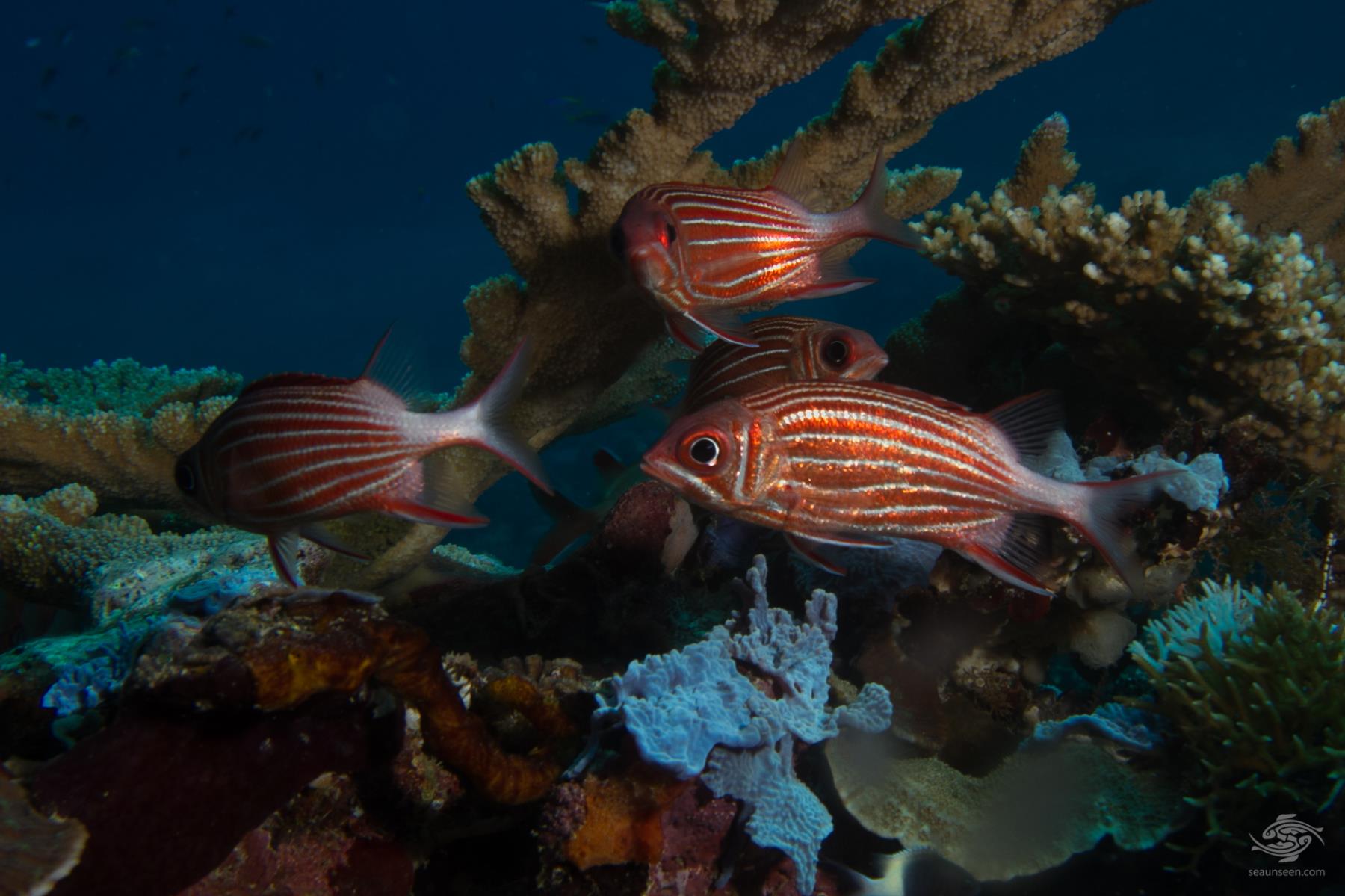 During the day they are found hiding in groups in caves and under overhangs, sometimes in summer they are seen in large aggregations above and in large colonies of branching corals. The size of the group often depends on the size of the hiding place. They are shy of divers, always retreating if one gets too close. Once in a safe spot they will watch a diver carefully. They use lunging and noises made in the swim bladder to chase other fish out of their hiding spots. At night they leave their hiding spot and hunt for prey along the bottom. At night they are seen out individually feeding.

The crowned squirrelfish is found across the Indian ocean and in the Pacific as far east as Tahiti. During the day they are seen in shoals under overhangs and caves to a depth of 30 meters. 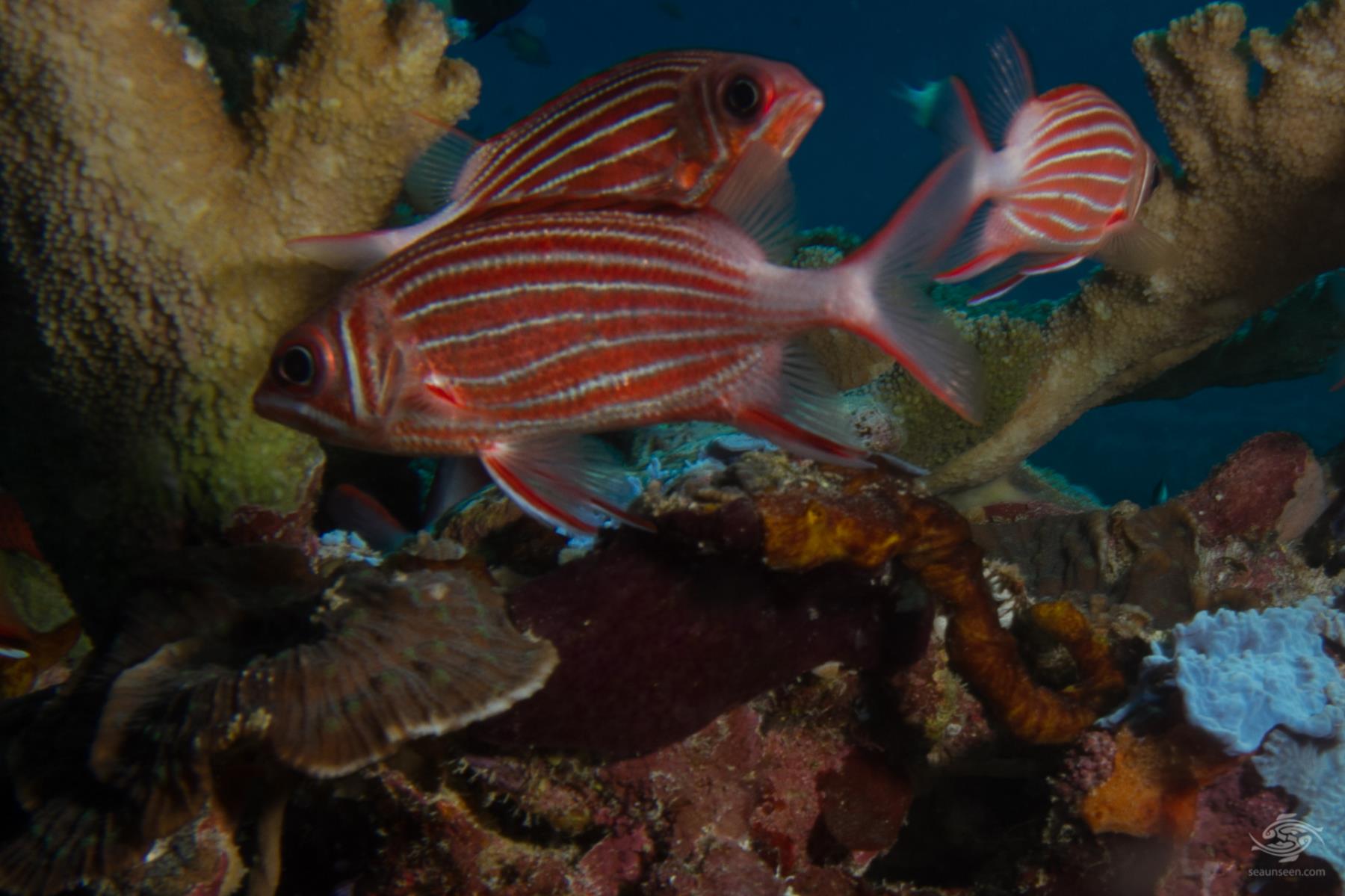 The crowned squirrelfish are nocturnal feeders , feeding on small fishes and benthic invertebrates such as polychaetes, crustaceans and small mollusks. 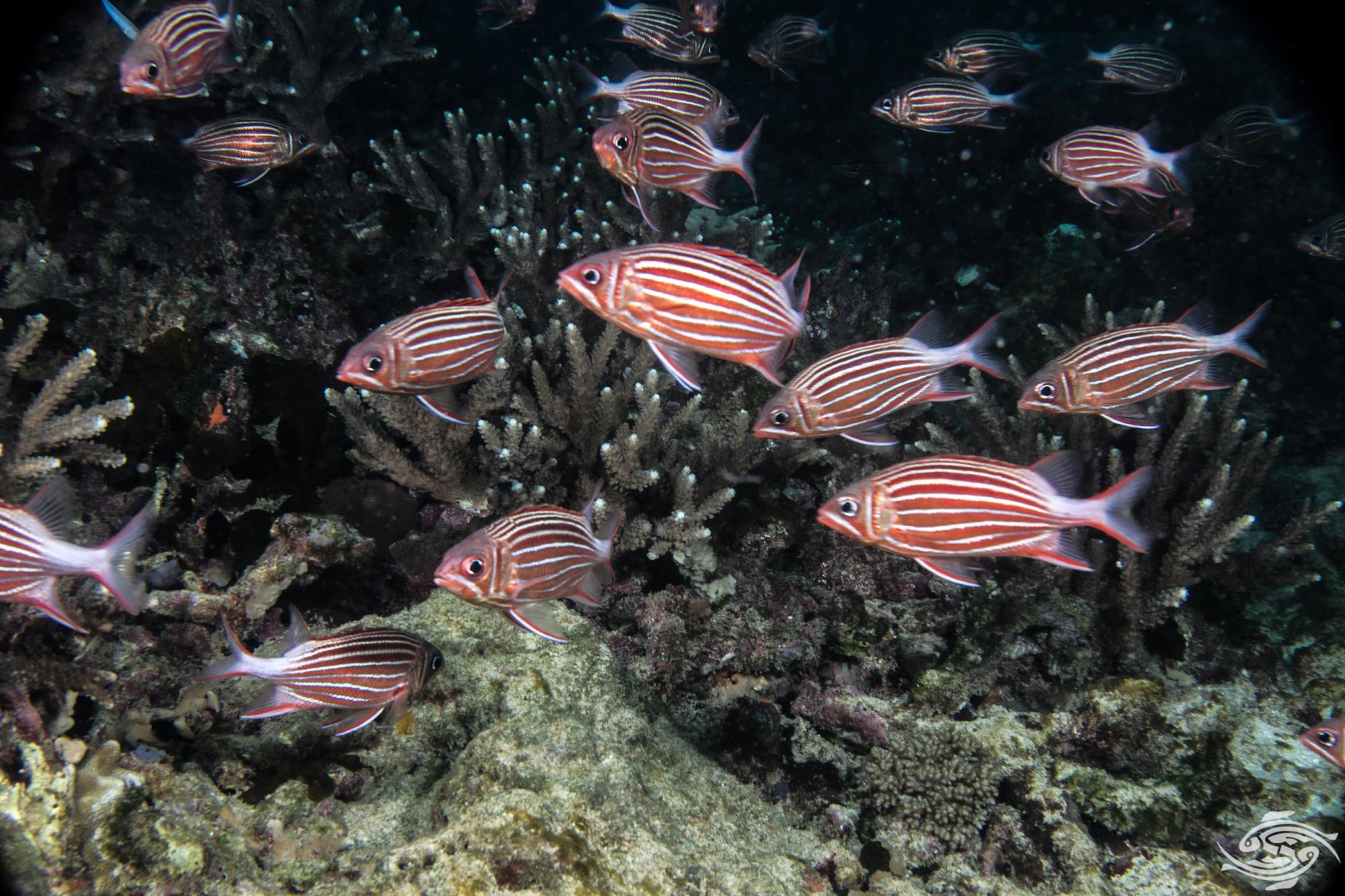 Spawning takes place into the water table and once the eggs hatch the young go into hiding. In Tanzanian waters in the southern hemisphere large groups of several hundred adult crowned squirrelfish have been observed swimming in the open during the day on several occasions. Milling around two or three meters above large branching corals and not as shy they usually are. It is possible that this is related to mating. 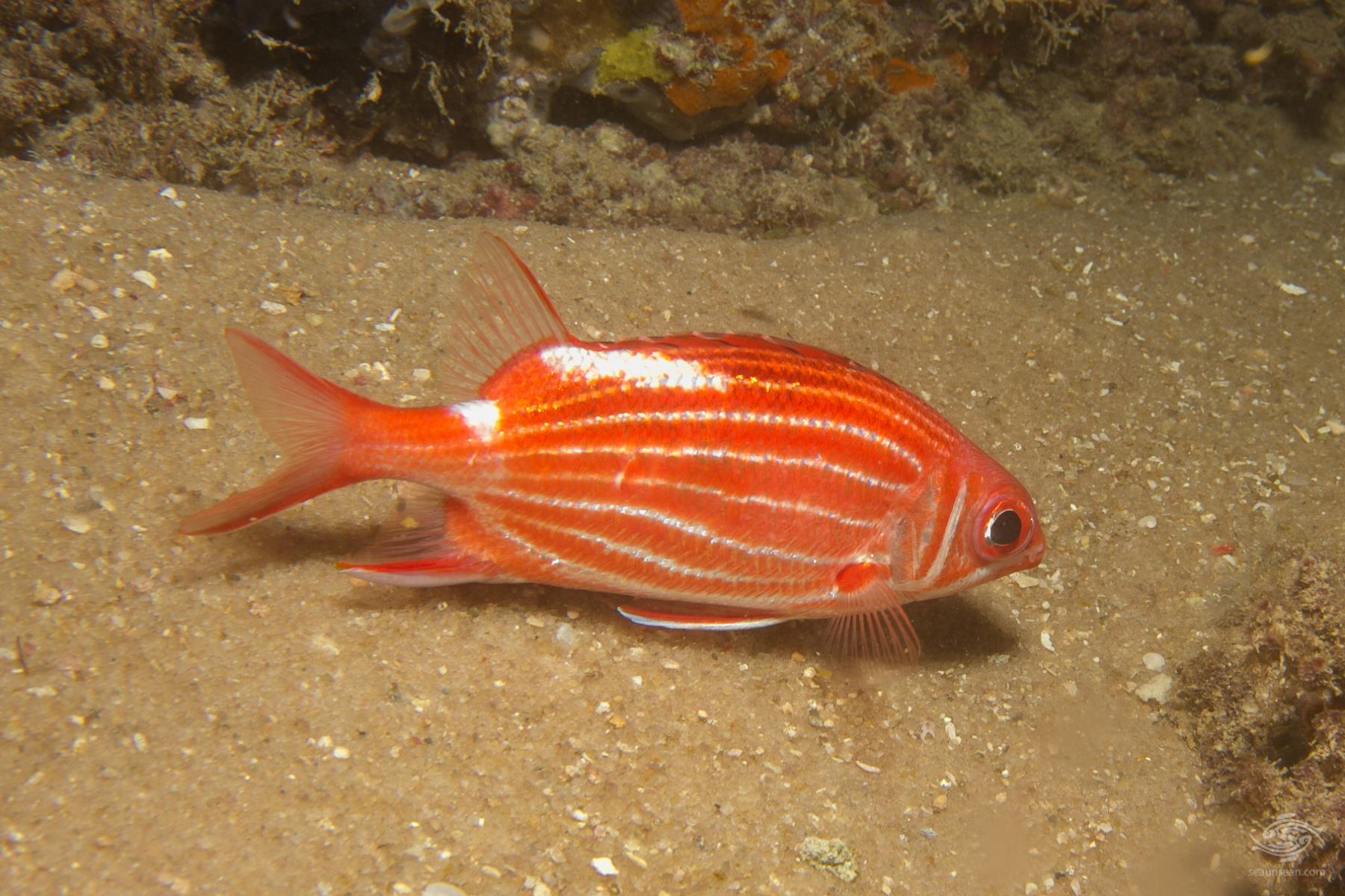 They are not exploited commercially and are only eaten by subsistence fishermen. The flesh is reported to not be that tasty. 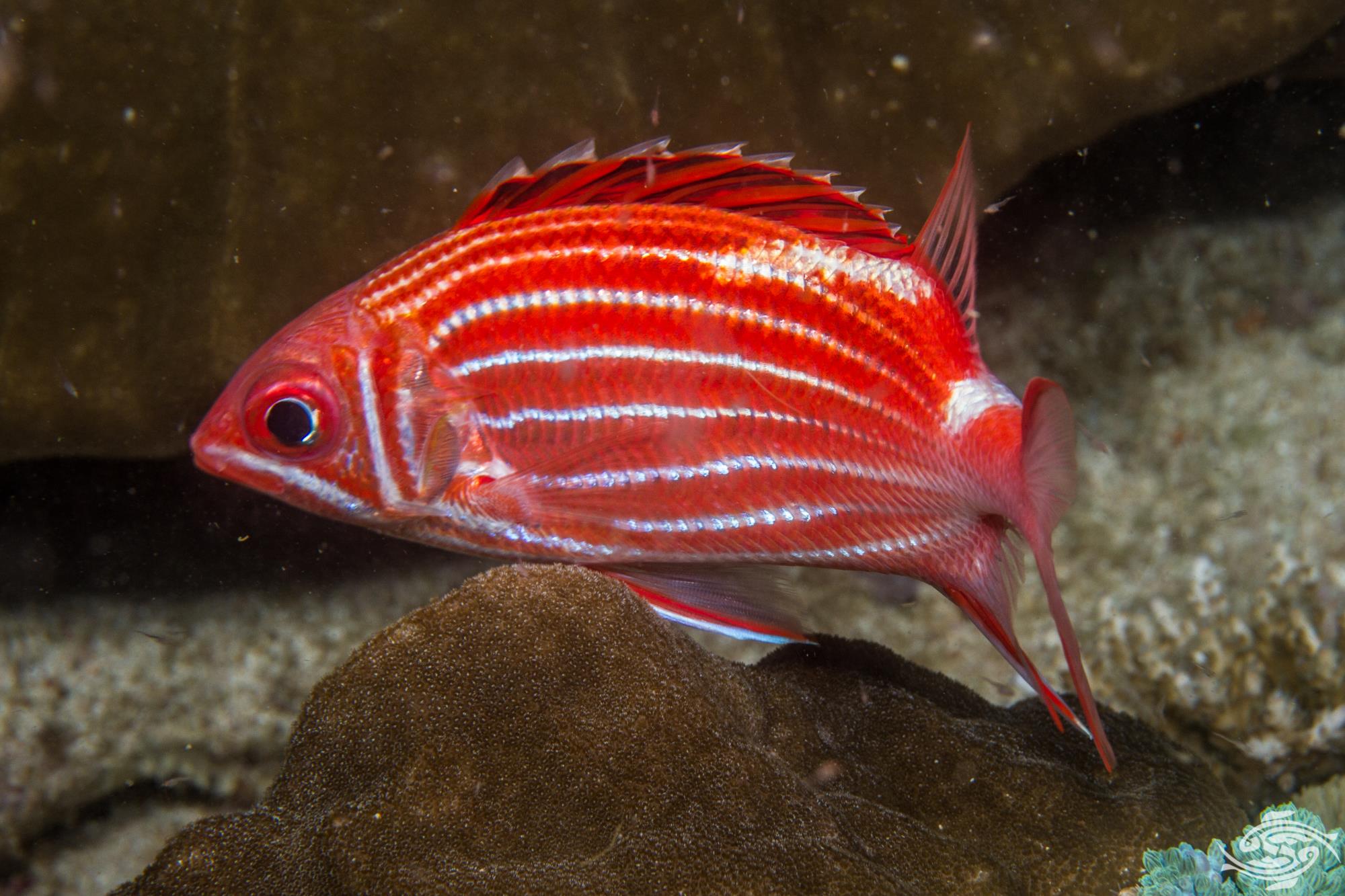 These fish grow quite large and require a large aquarium of several hundred gallons. They prefer being kept in numbers and are happier when they have company. There should be plenty of overhangs and hiding spots to hide in during the day. They will eat smaller fish if the opportunity arises. They are easy to wean off live food and require a moonlight phase in the tank lighting as they will not feed in total darkness. 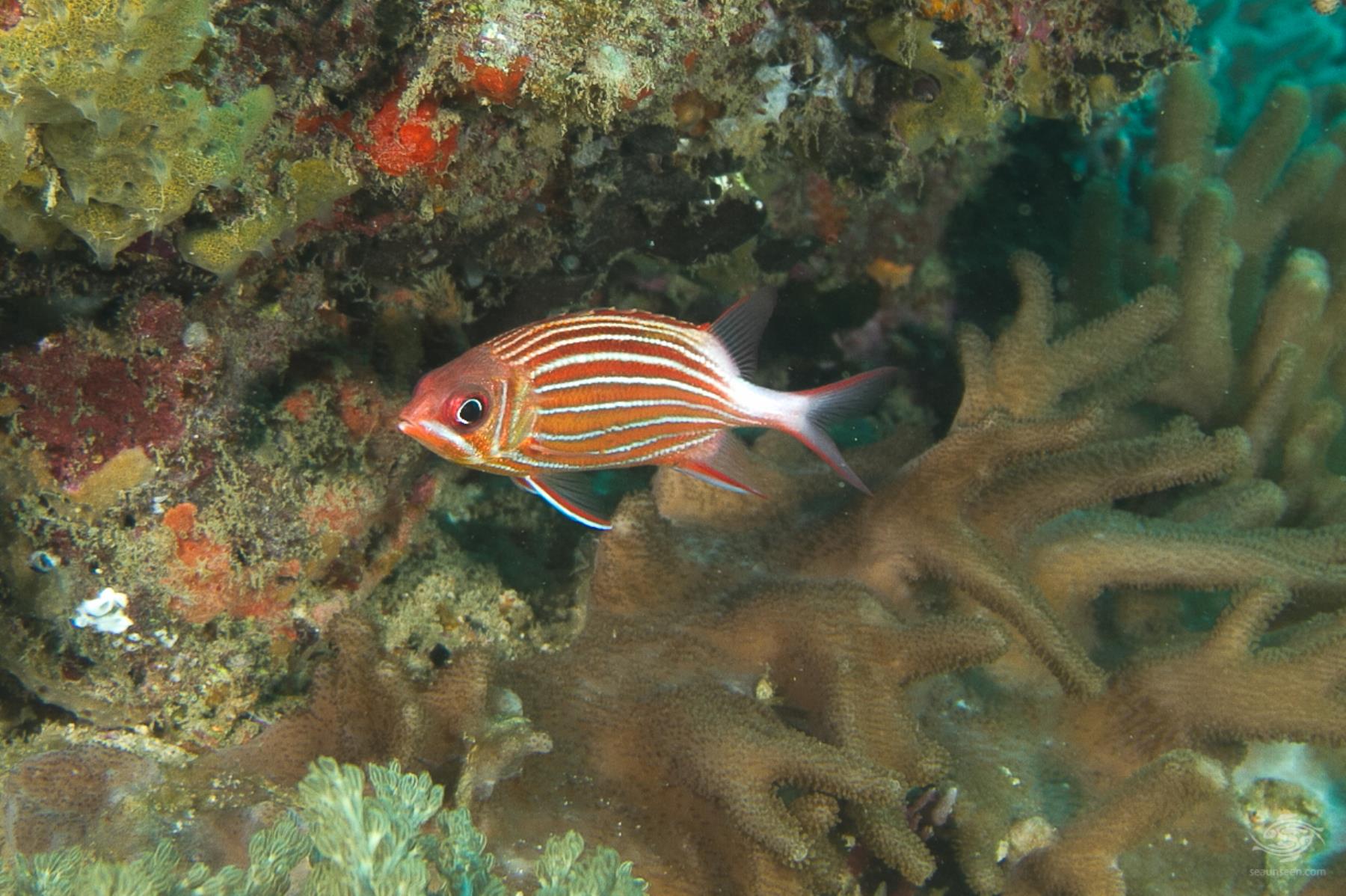