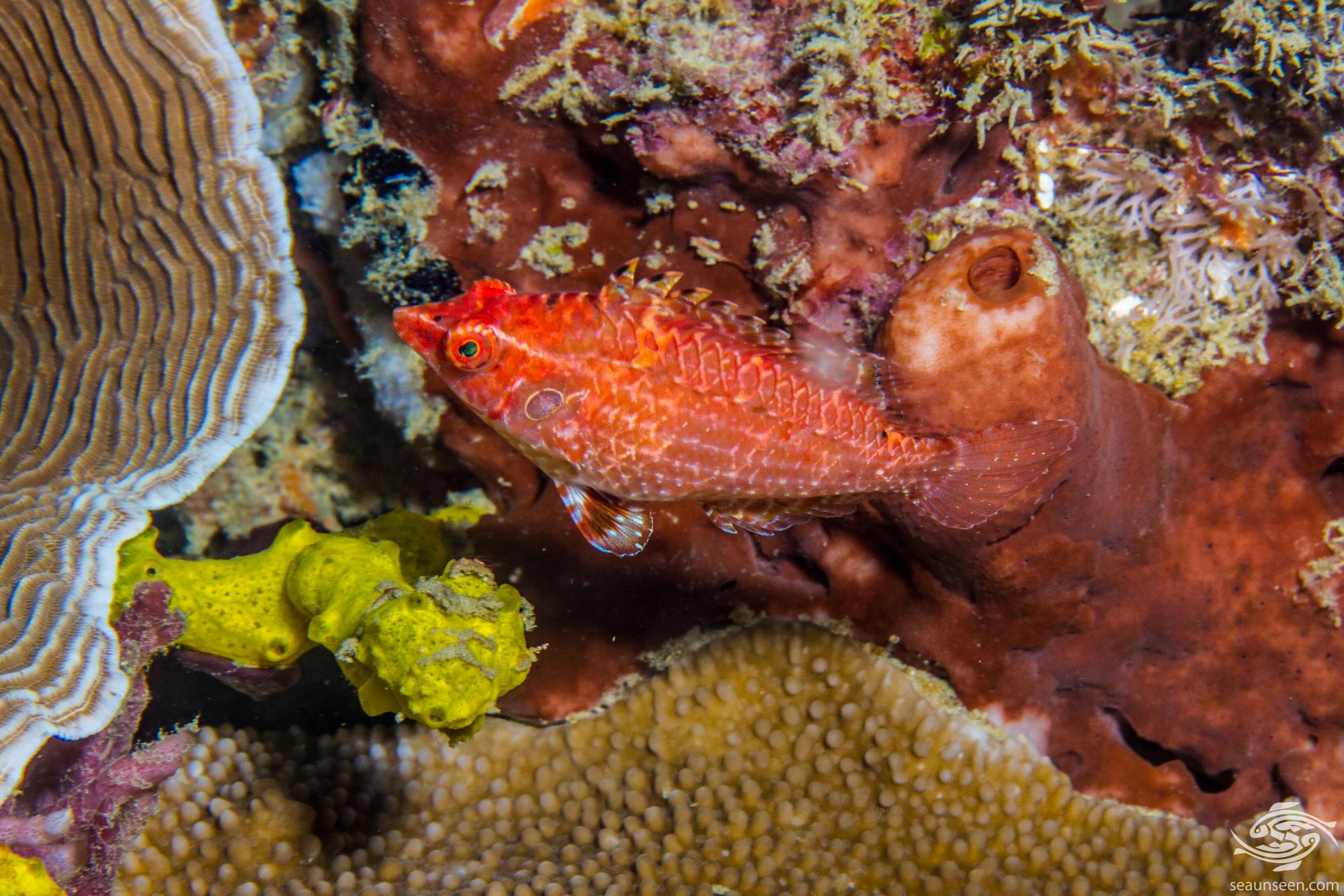 The Cryptic wrasse Pteragogus cryptus is also known as the Indian Sneaky Wrasse.  They certainly live up to their name. They are extremely difficult to photograph well due to their habit of going into hiding the second they see a diver. Usually the view below is all one sees of them. 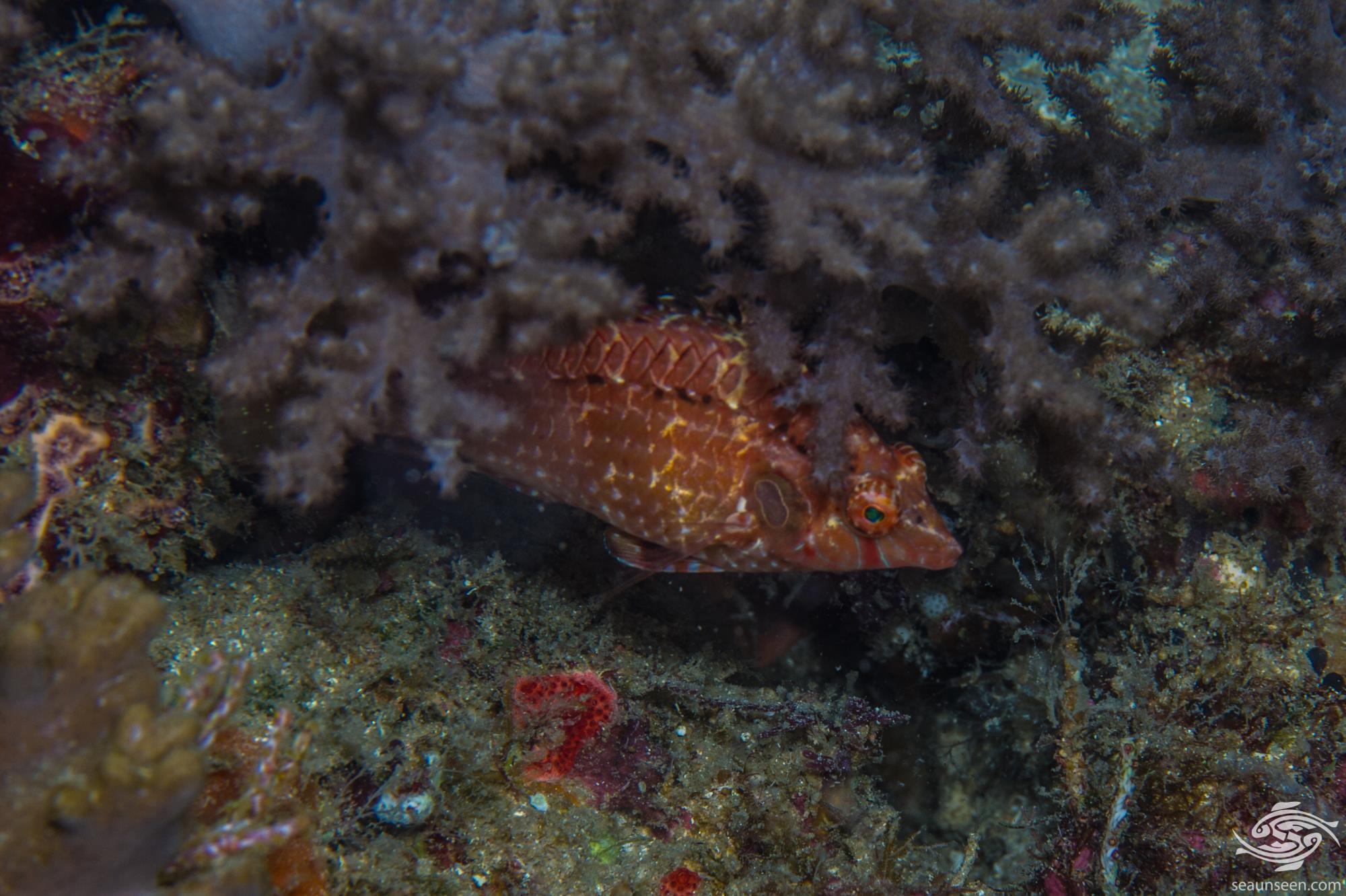 Although they reportedly grow up to 9cm in length, most that we see are around 4 to 5 cm in length. The base body colour is a red brown colour , sometimes slightly more red on some specimens. The scales have white margins which create a criss cross pattern across the body. There is a prominent white roughly circular mark just behind and slightly below the eye as well as a white line extending backwards horizontally from behind the eye. 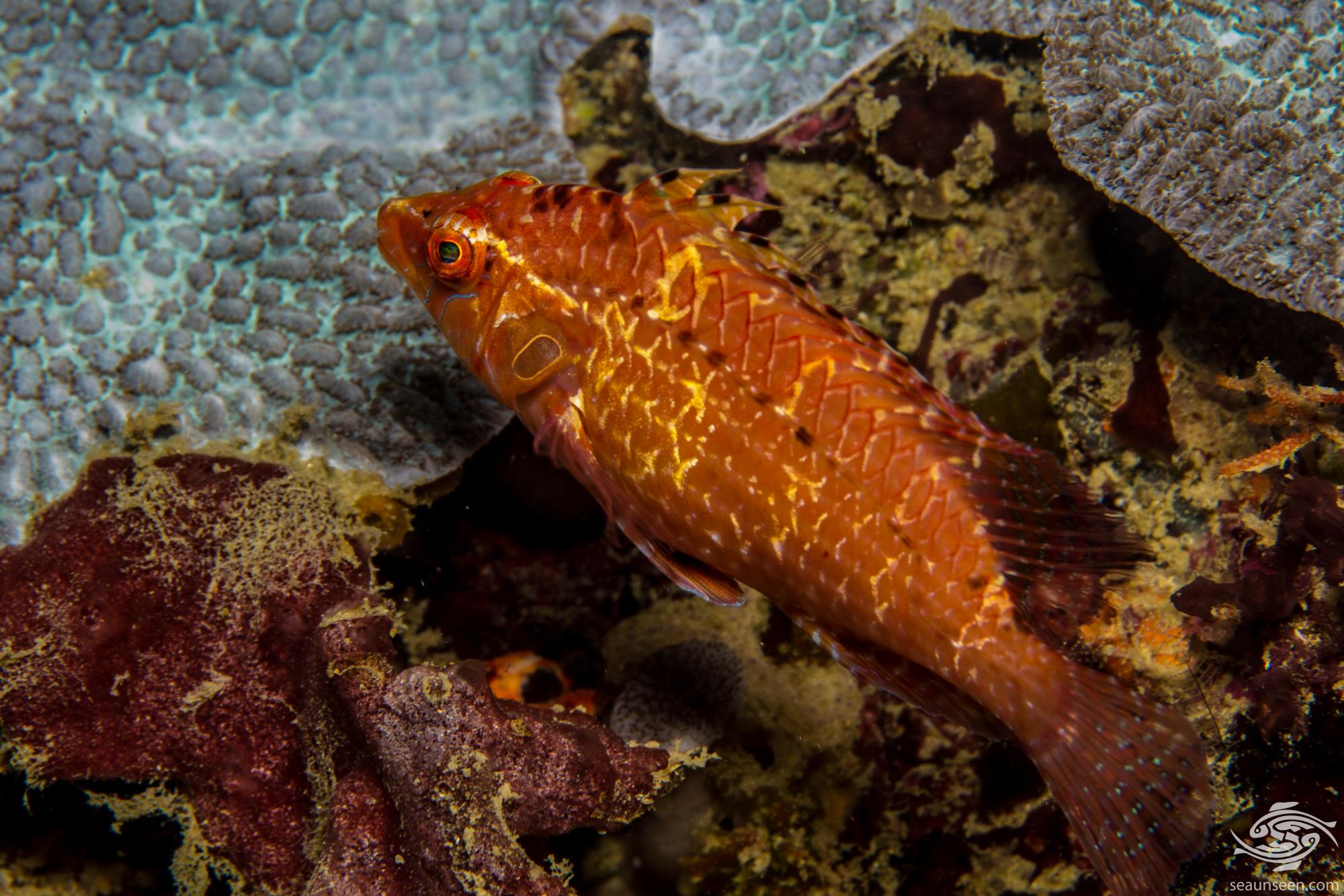 This line is not always prominent and it is hard to pick out on some specimens. The front edge of the dorsal spines are white-yellow with a dark brown mark halfway up. If you look carefully at the images you will note they have rather bulbous eyes. This gives them a very good field of vision, possibly one of the reasons one hardly ever sees them, they see you first and hide. 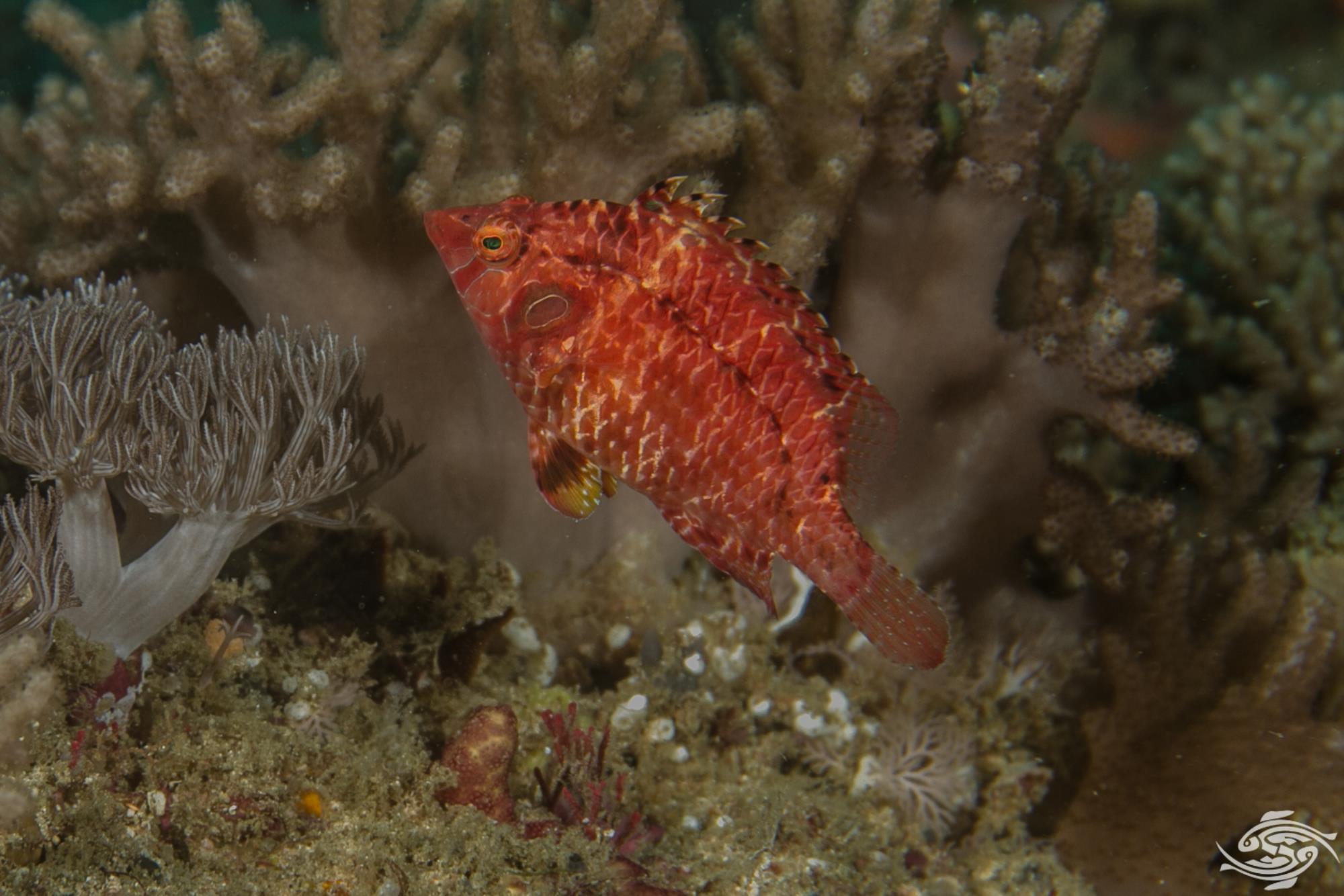 CRYPTIC WRASSE IN THE WILD

As mentioned earlier in the post , it is seldom that one ever sees this species in the open, and if one does it is usually heading for cover at speed. One often catches a glimpse of them sticking their heads out between soft corals but their reverse gear is pretty quick and that is usually all one sees. They seem to favour areas with rich soft coral and algal growth. We usually sight them between 15 to 25 meters on open seaward reefs. Juvenile Snooty Wrasse and some of the juvenile Oxycheilinus Wrasses resemble them but the circle makes it easy to pick them out. 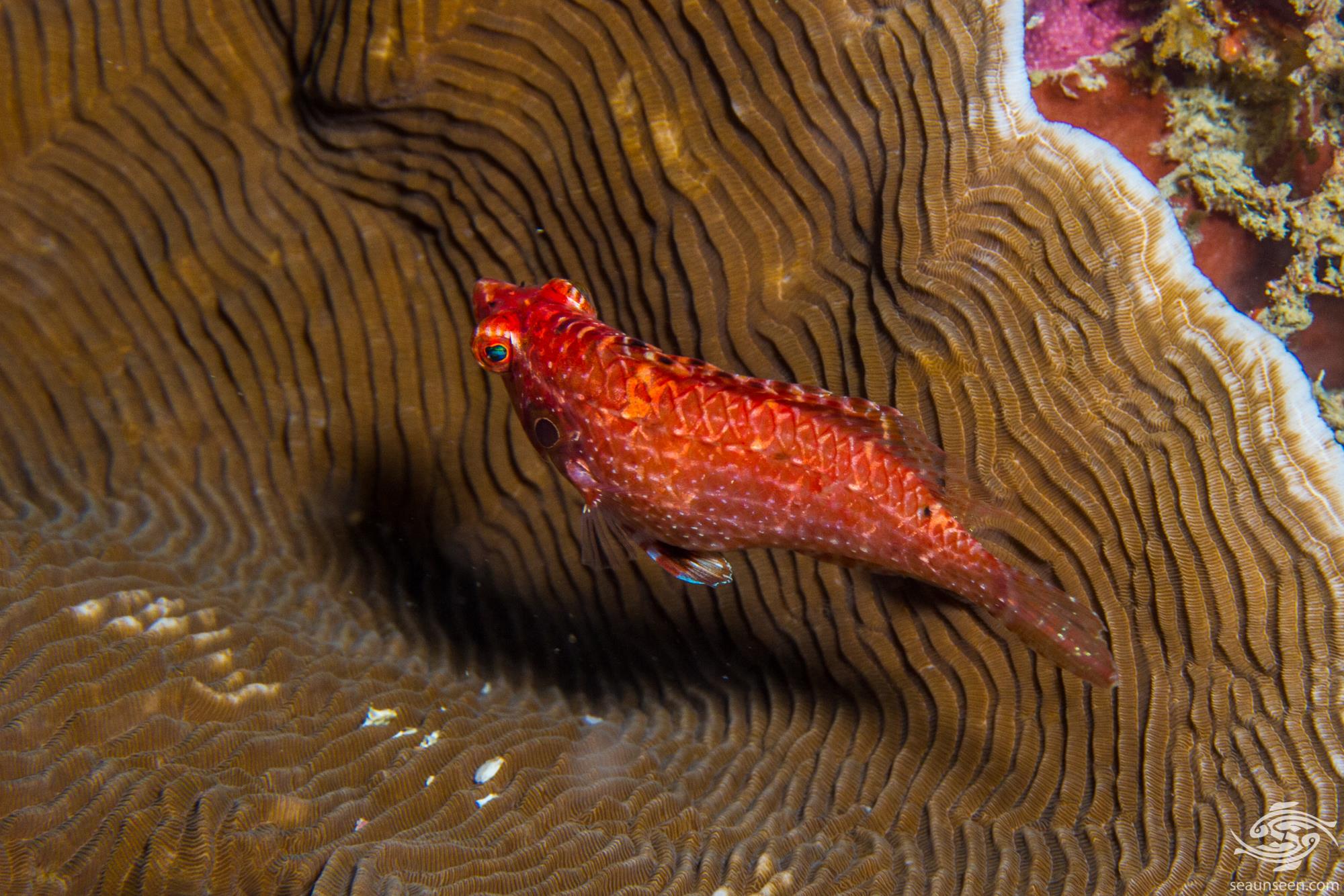 The Cryptic Wrasse  is found across the Indo West Pacific area from East Africa and the Red Sea across to Southern Japan and South to Lord Howe Island. 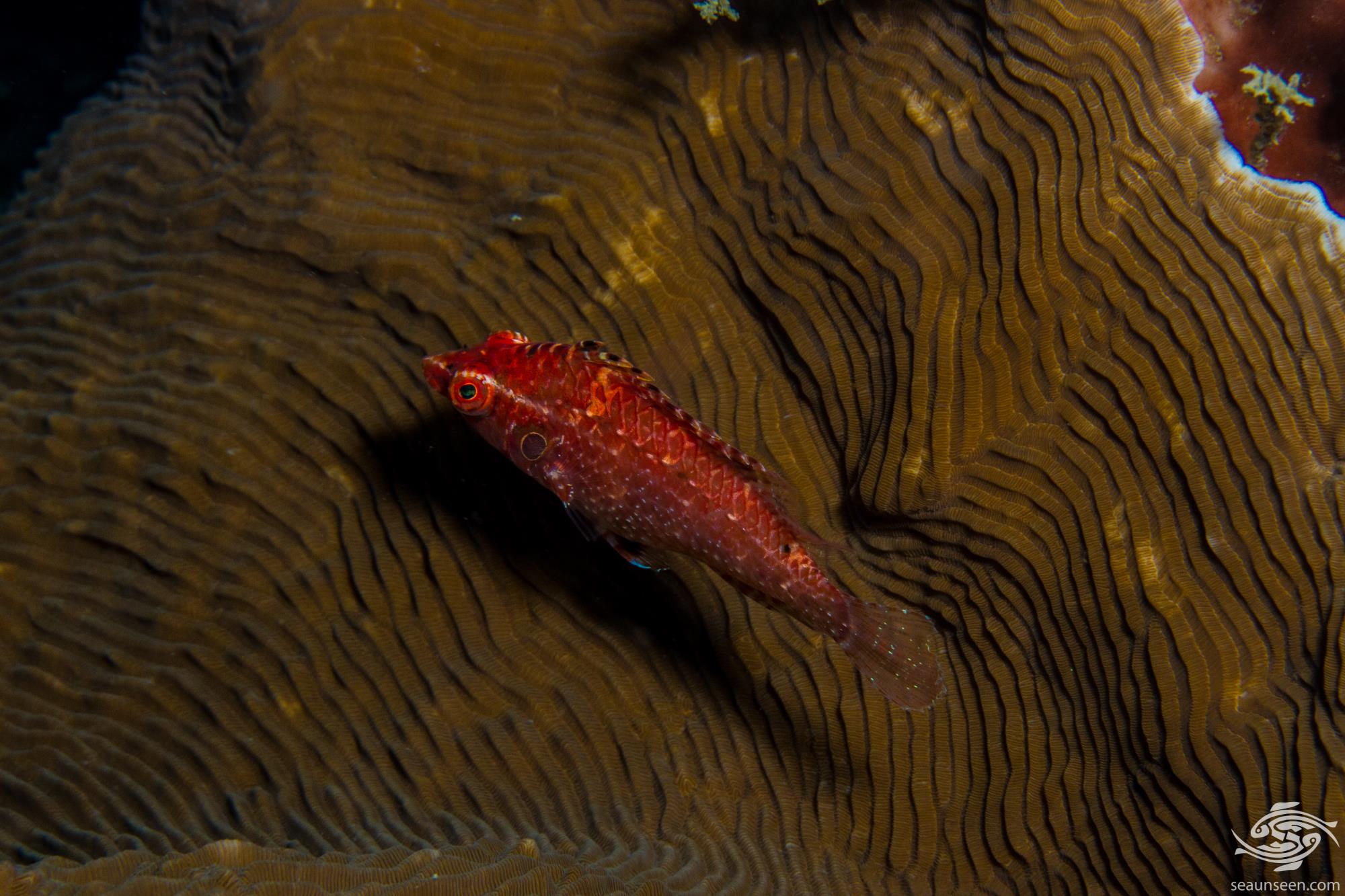 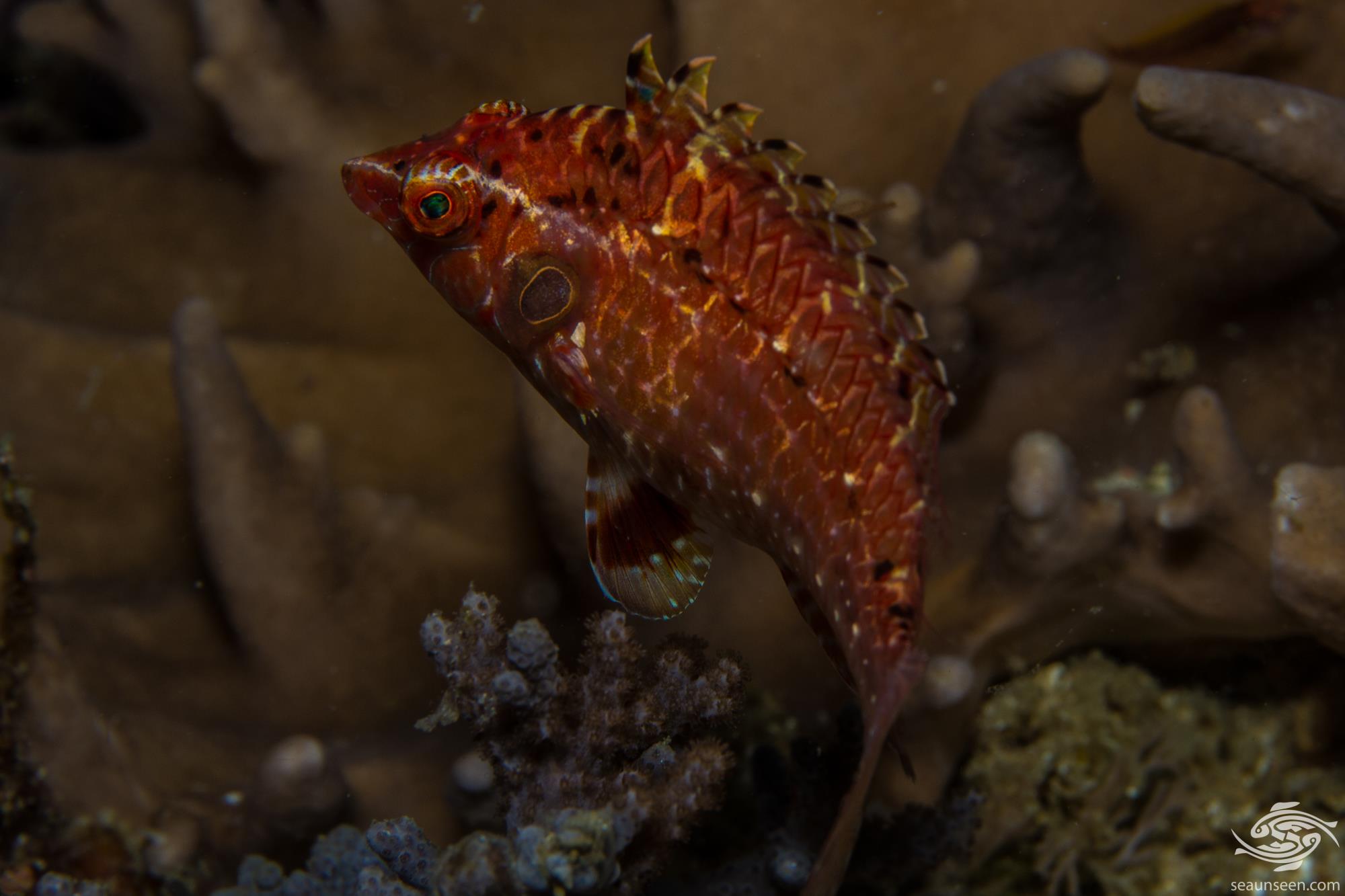 The Cryptic Wrasse is Oviparous, with probable distinct pairing during breeding. Little seems known of their breeding habits however. On one occasion while diving on a wall at around 30 meters we encountered a largish specimen with bright colours with fins erect circling a specimen with duller colours, probable mating behaviour. 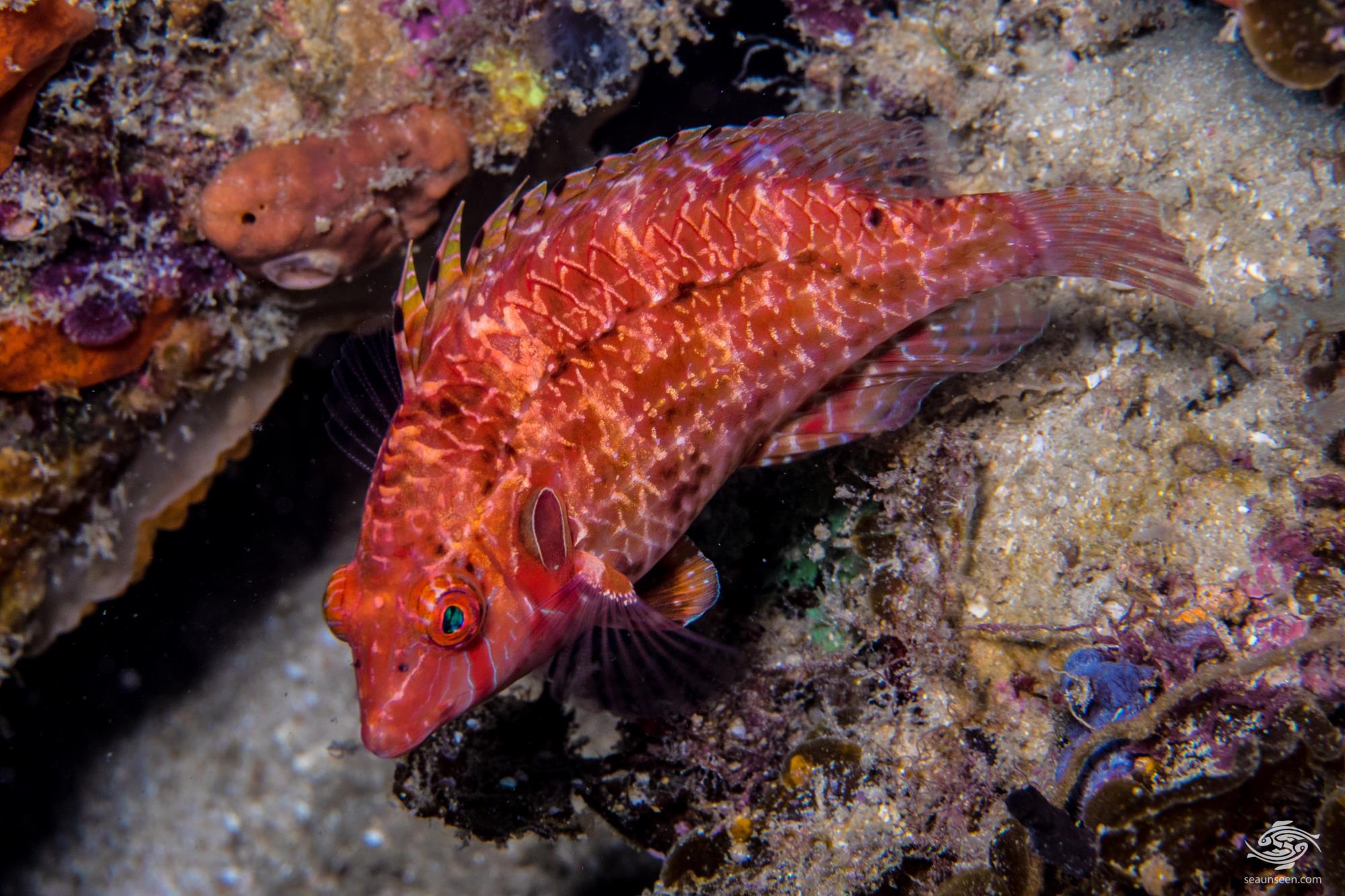 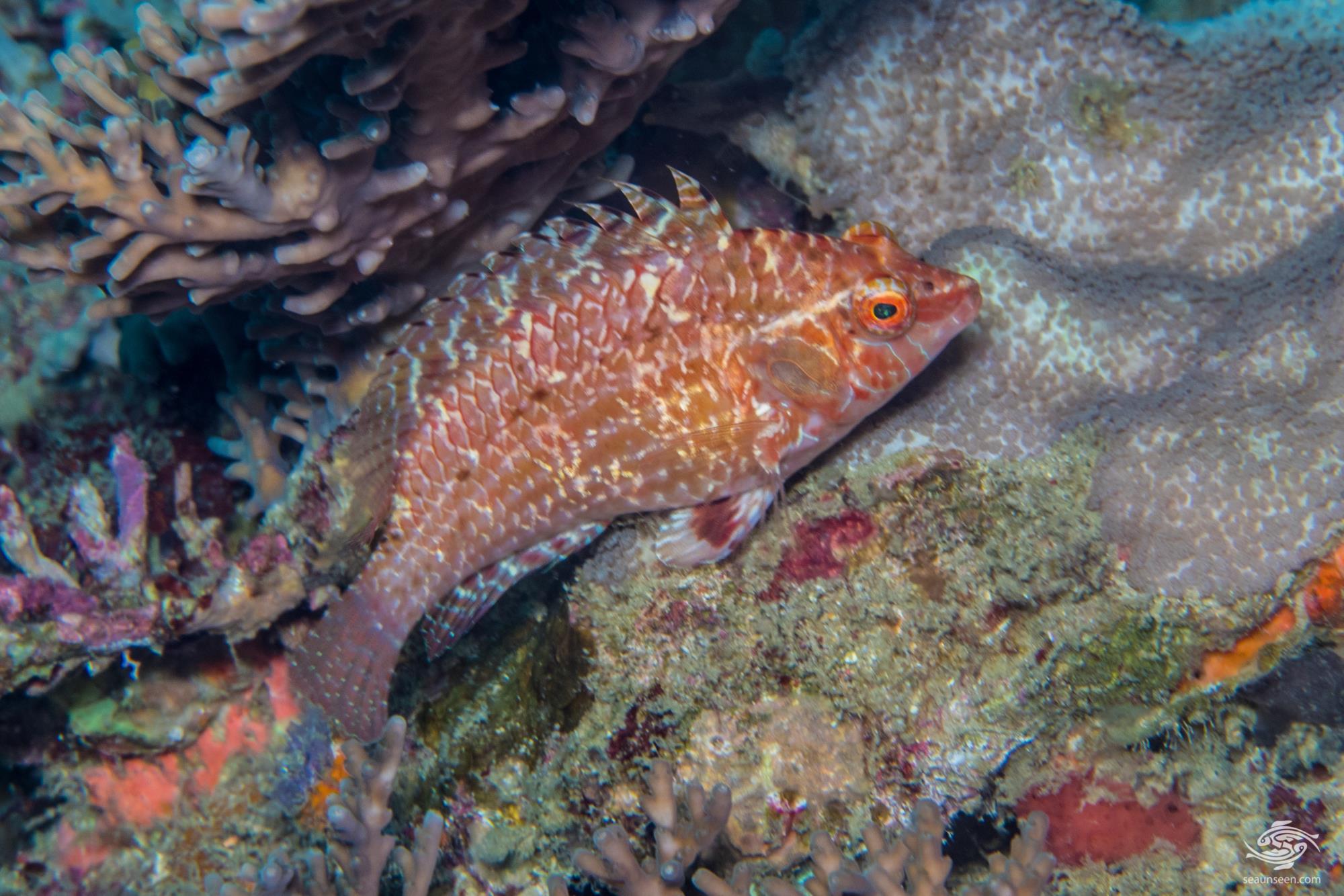 Unfortunately the behaviour stopped when the pair sighted me and split up. 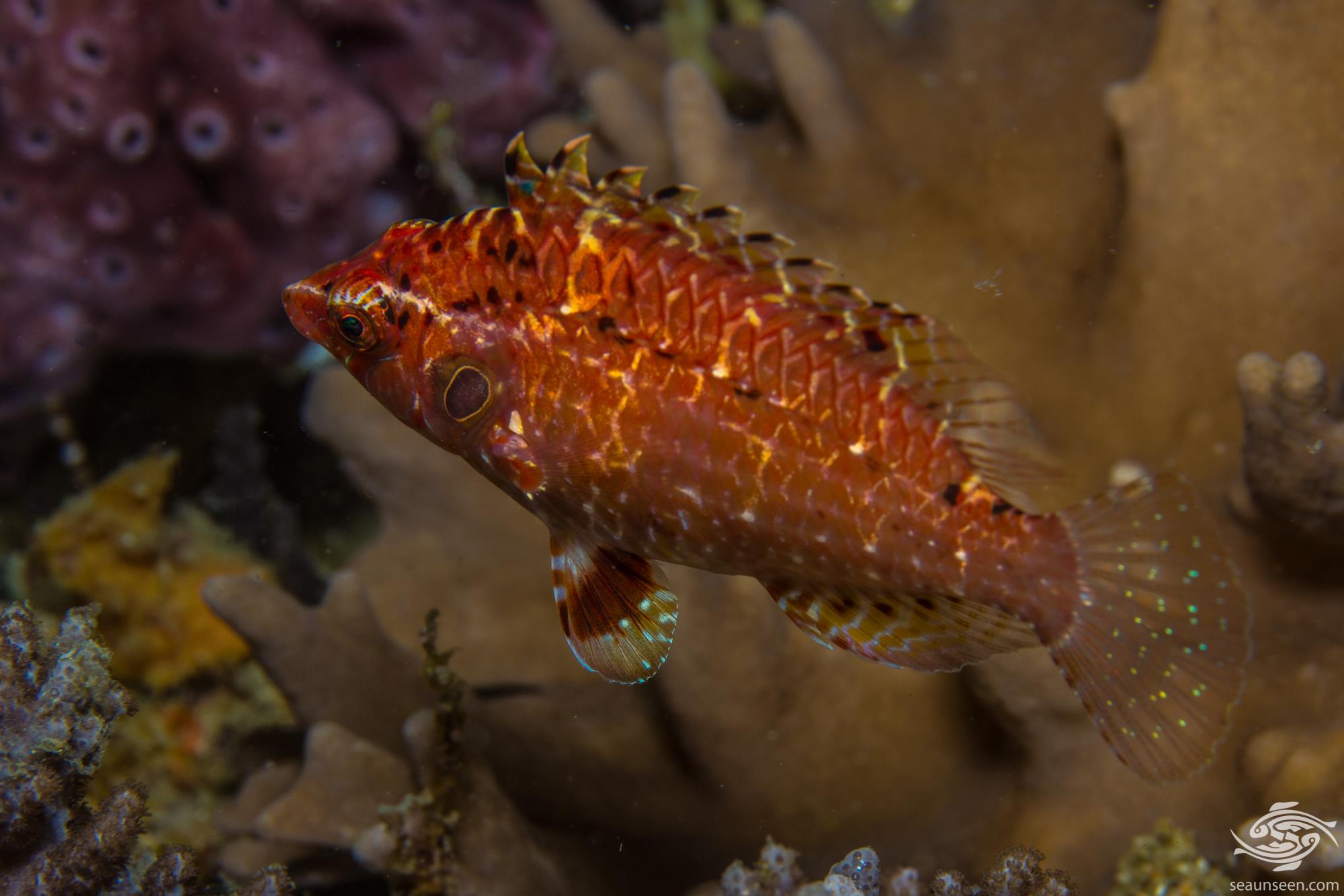 The Cryptic Wrasse  are probably not kept in aquariums that often. This is probably due to the territorial nature of many wrasses and the fact that they might not be seen very often in ones tank. They would require many good hiding places to prevent them from becoming stressed. 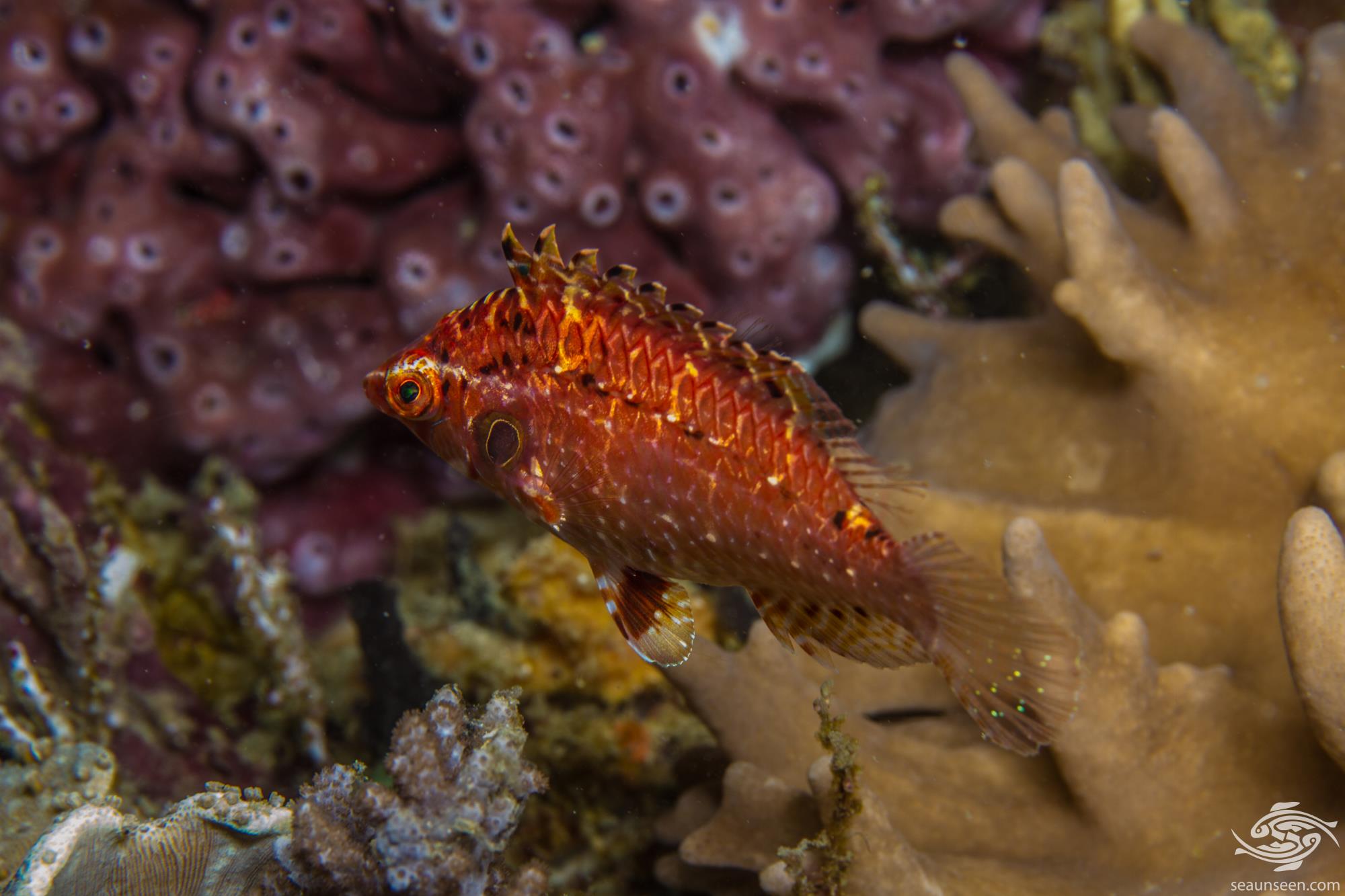 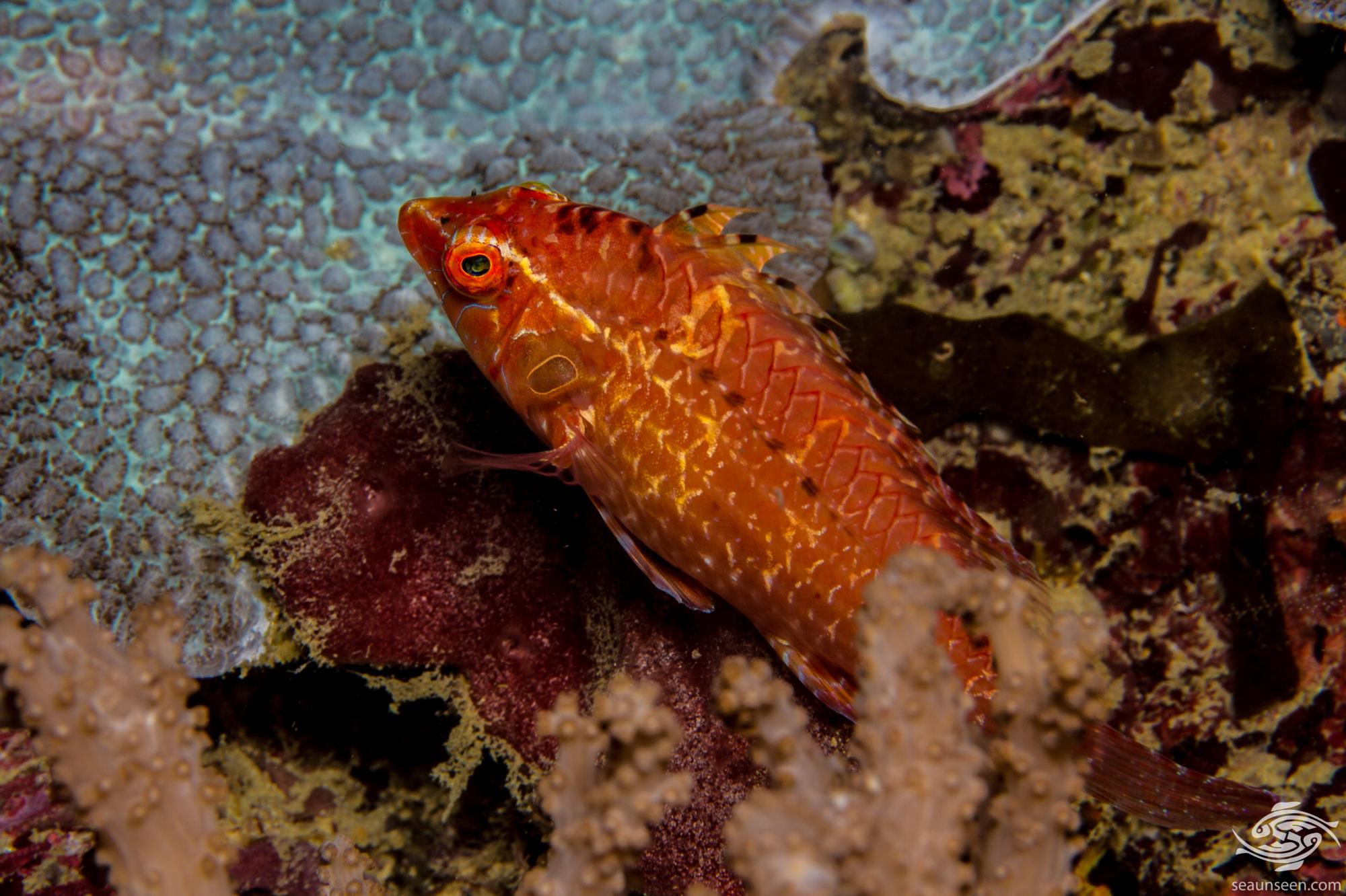 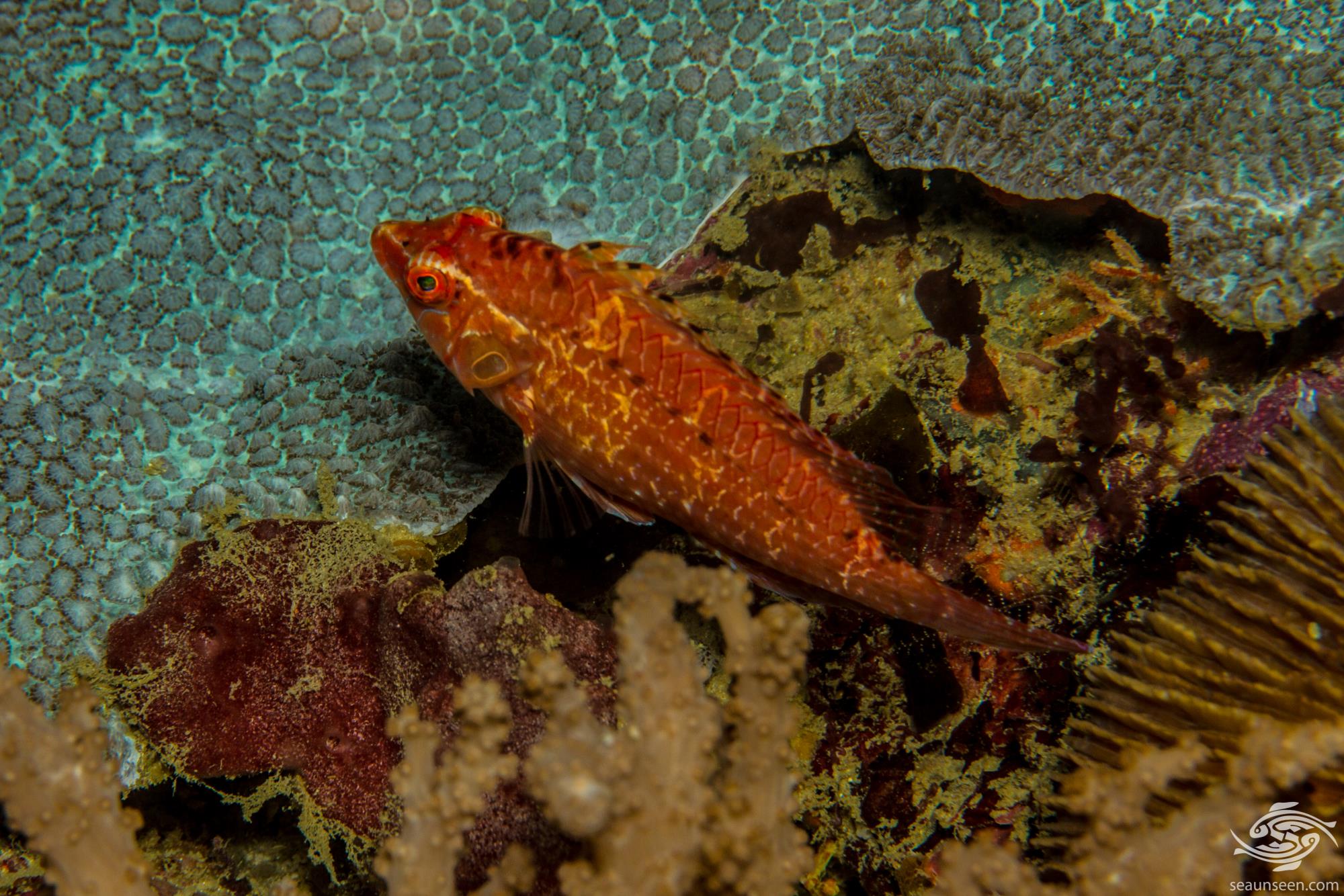