Cuttlefish using its arms as lures 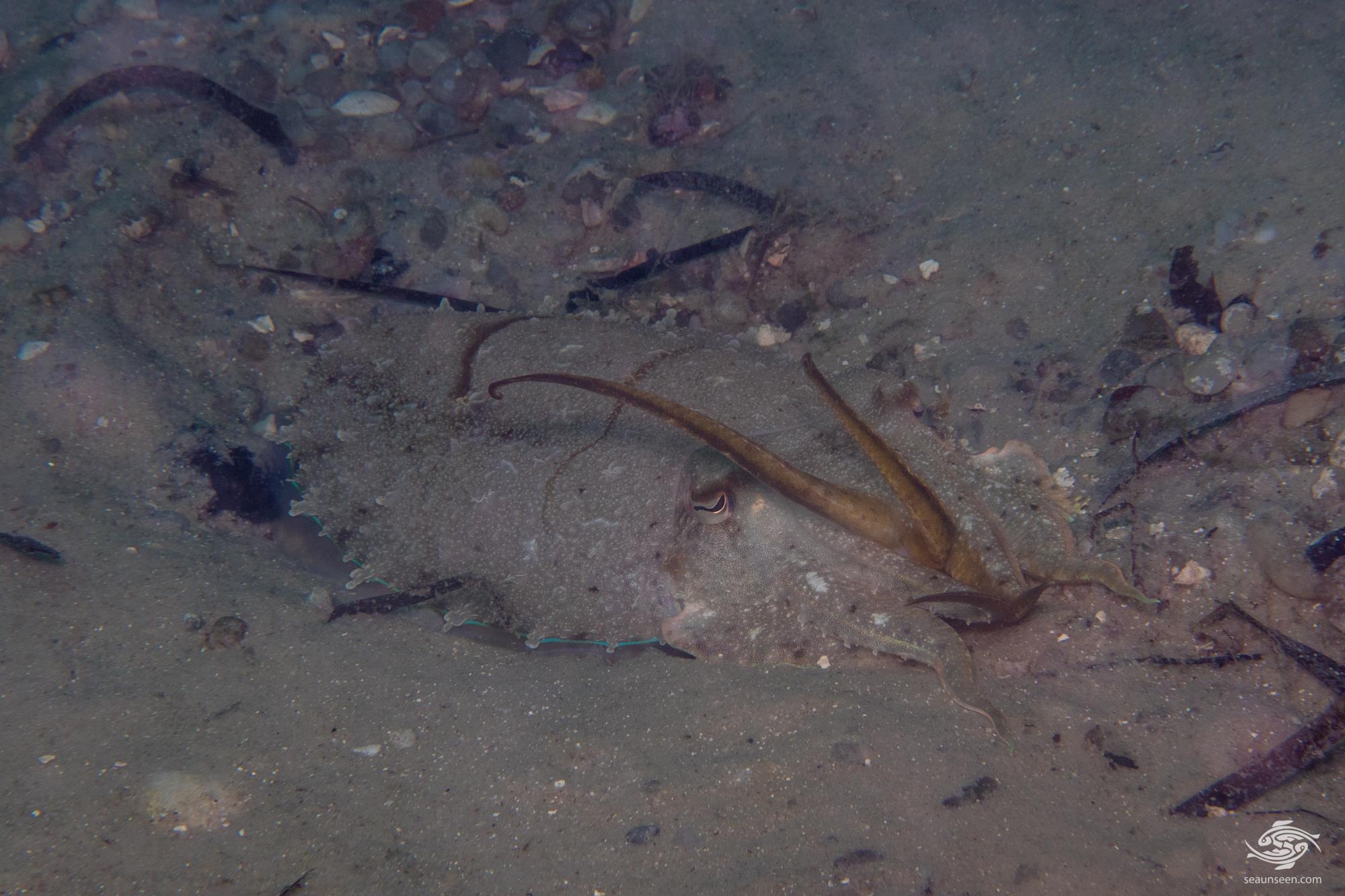 The Cuttlefish using its arms as lures while on a shore dive across a sandy area on Mafia Island  diving with David from Mafia Island Diving, I spotted some movement on the sea floor on the edge of the visibility.  The visibility was low, around 5 meters. As I swam slowly towards it so I saw two plant like protrusions,  seemingly moving in the current. Except there was no current of any note. 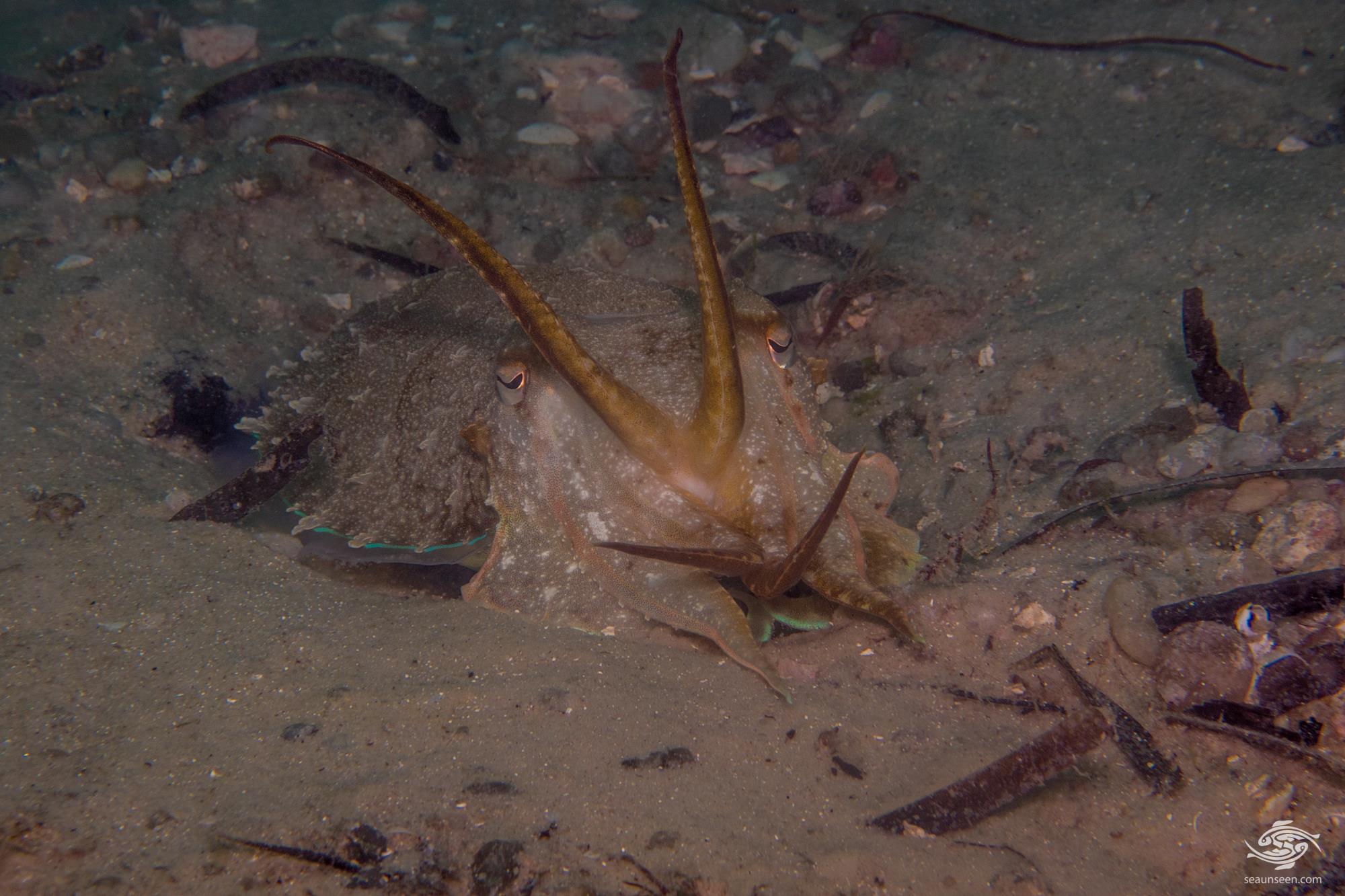 As I swam closer so I noted that what appeared from a distance to be a plant similar to a mangrove root, was actually a Pharaoh Cuttlefish (Sepia pharaonis) hiding in the sand with two of his arms darkened and raised in a tapering shape, moving them backwards and forwards obviously looking to attract prey. As I got closer so he knew that he had been seen and raised himself for a quick exit. 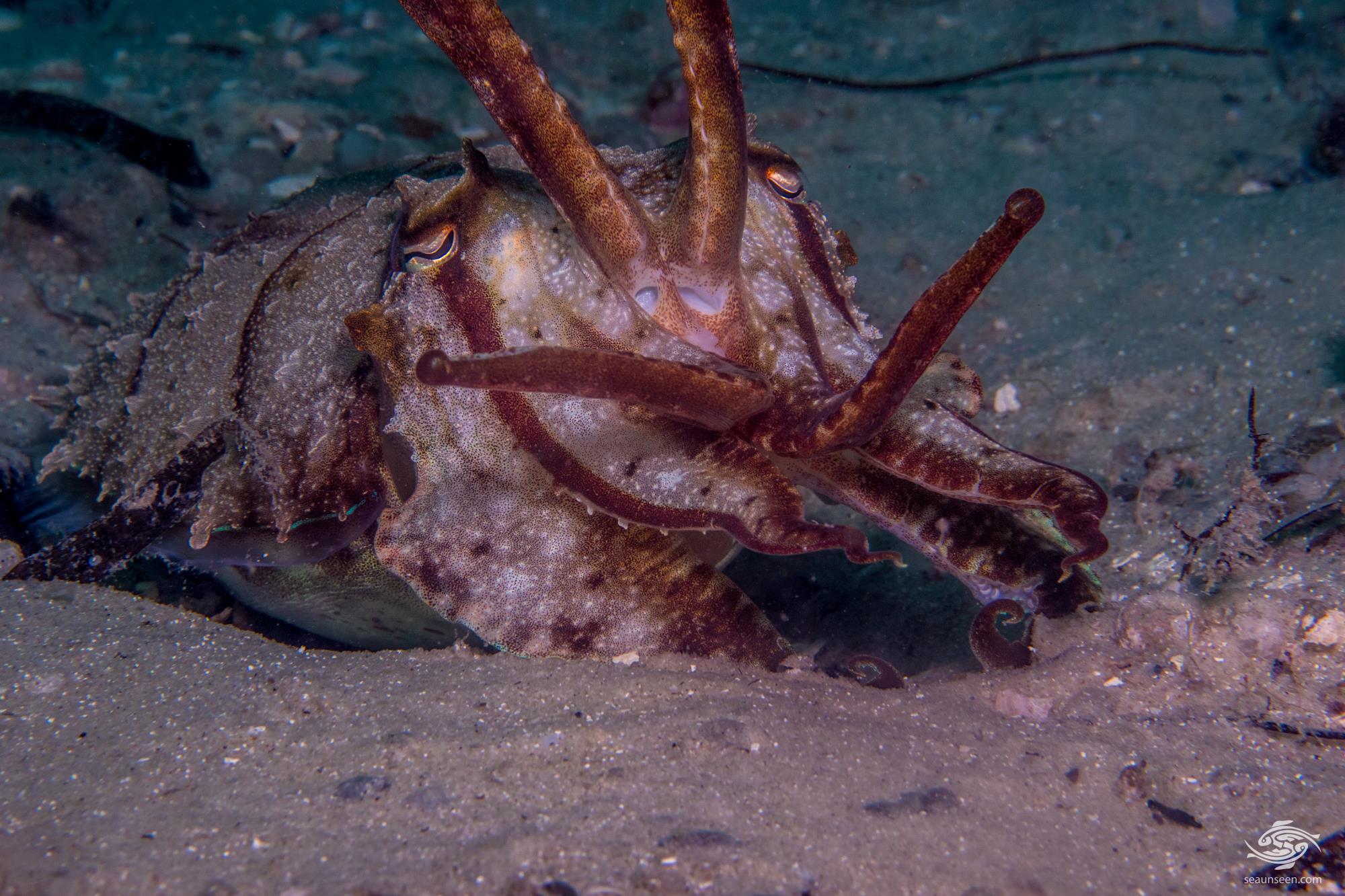 I slowly backed off and left him to settle down again which he did.  Although Pharaoh Cuttlefish are documented to catch their prey by ambush, usually we see them moving slowly across the bottom, well camouflaged and hoping to move in on unsuspecting fish.

This is the first time we have seen the Pharaoh Cuttlefish use their arms as lures to attract prey while hiding in the sand. To our knowledge this behaviour has not been documented before.

On a later dive in the channel between Mafia and Chole Island in September 2022 we found another cuttlefish pictured blow exhibiting similar behavior. This specimen was in a patch of weeds, waving its arms above the weeds. 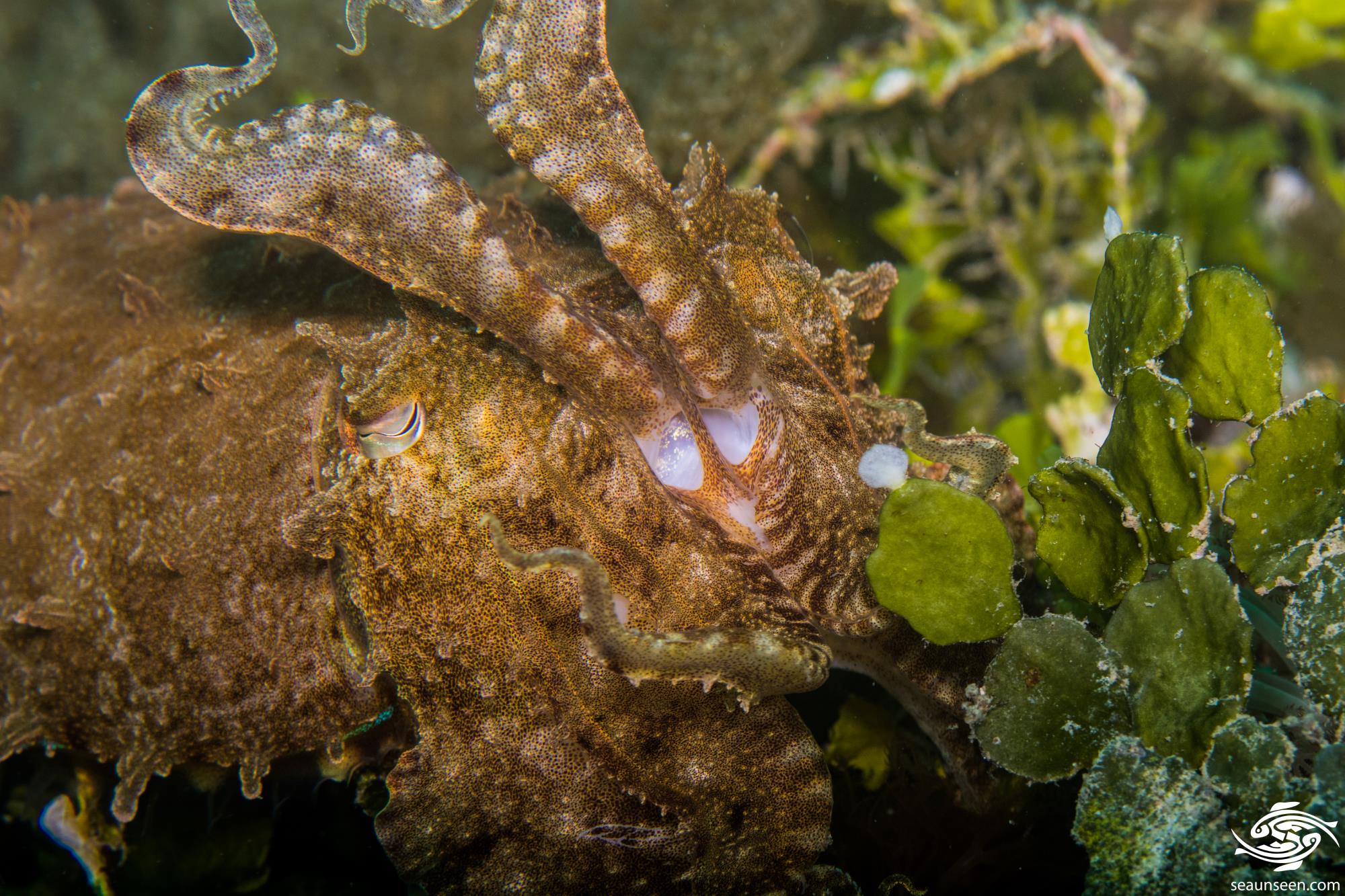