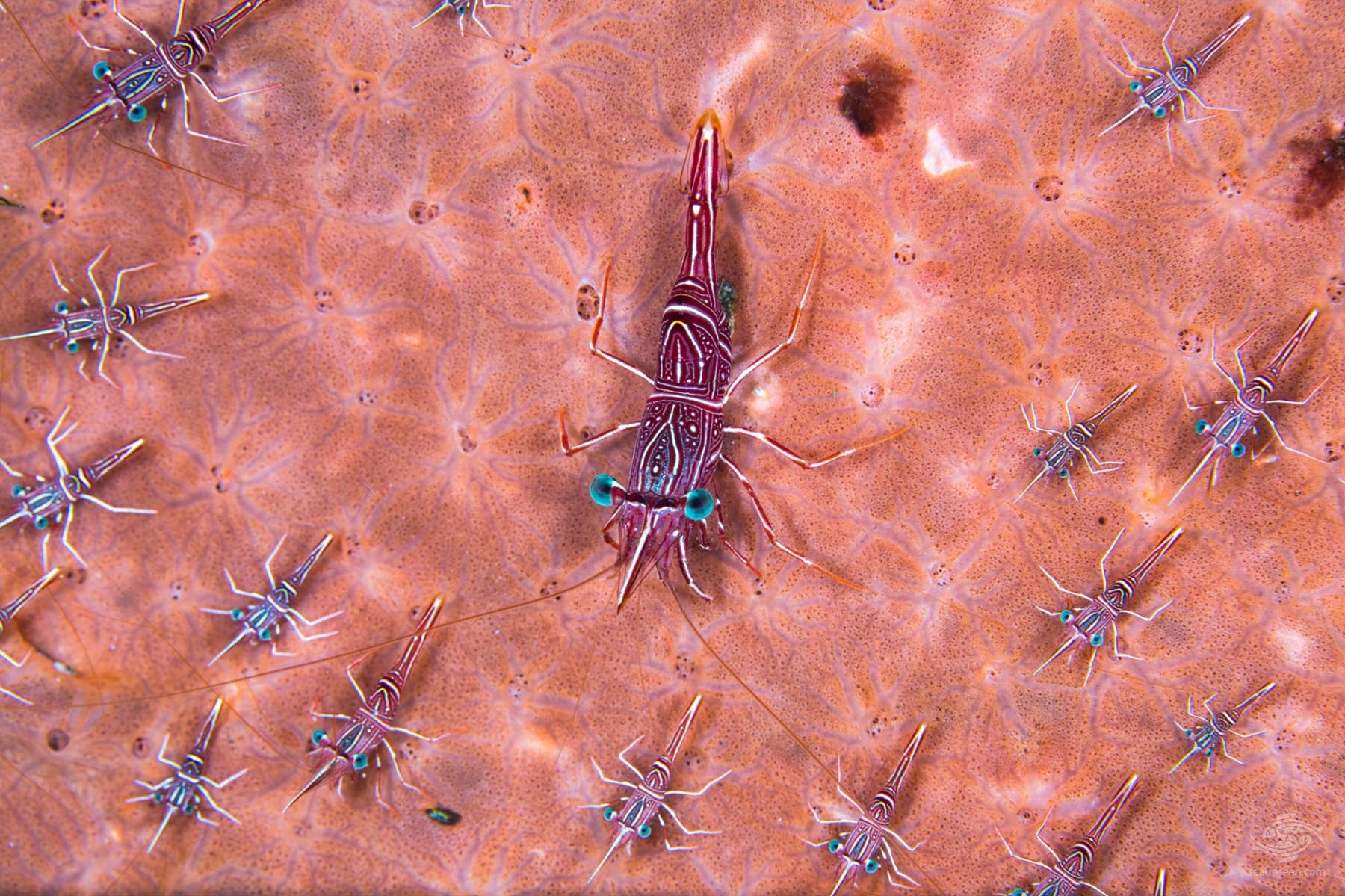 DANCING SHRIMP IN FORMATION © UNDERWATER PHOTOGRAPHER OF THE YEAR / THERESA A. GUISE

A runner-up in Underwater Photographer of the Year, this image was taken on a dive site mooring, a large concrete block, which was covered in pink sponge. Closer inspection showed an abundance of dancing shrimp. They formed interesting patterns and formations, such as the one in this image. Their red bodies and turquois eyes were a striking contrast to the pink sponge, but complimented it as if arranged by an interior designer.

“Who says you need rare and exotic creatures to make great underwater images? It’s a typical subject which we practice on for our first macro dive of the day! Who would think that this everyday common subject could excel in a world class photo competition such as Underwater Photography of the Year award? Well everyone, It has! So incredibly simple but shot by an uw photographer with a seasoned eye for impact, balance and originality. I so wish I had taken this shot!” -Martin Edge

See more photos of this year’s winners at Underwater Macro Photos of the Year.