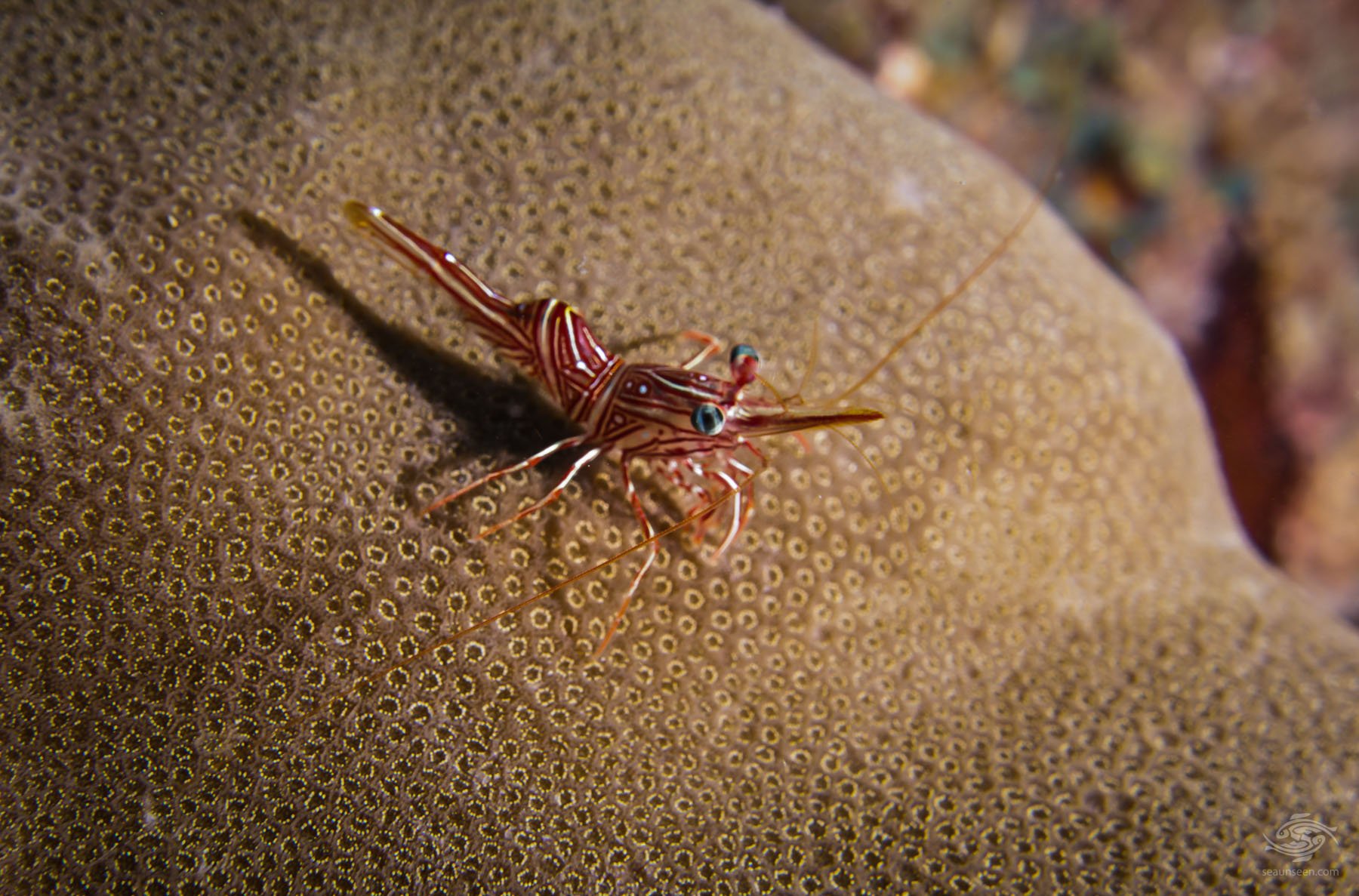 A Dar Dancing Shrimp (Rhynchocinetes durbanensis), also known as the camel shrimp, candy shrimp and hinge-beak shrimp. This red and white striped crustacean is distinguished by a moveable beak that is usually angled upwards and claws located directly in front of its body. Males tend to have larger claws then the females. Although, this dancing shrimp, photographed off the coast of Dar es Salaam, is alone, they usually are seen congregating with other shrimp of its kind in rock crevasses, under overhangs, or in the coral rubble.