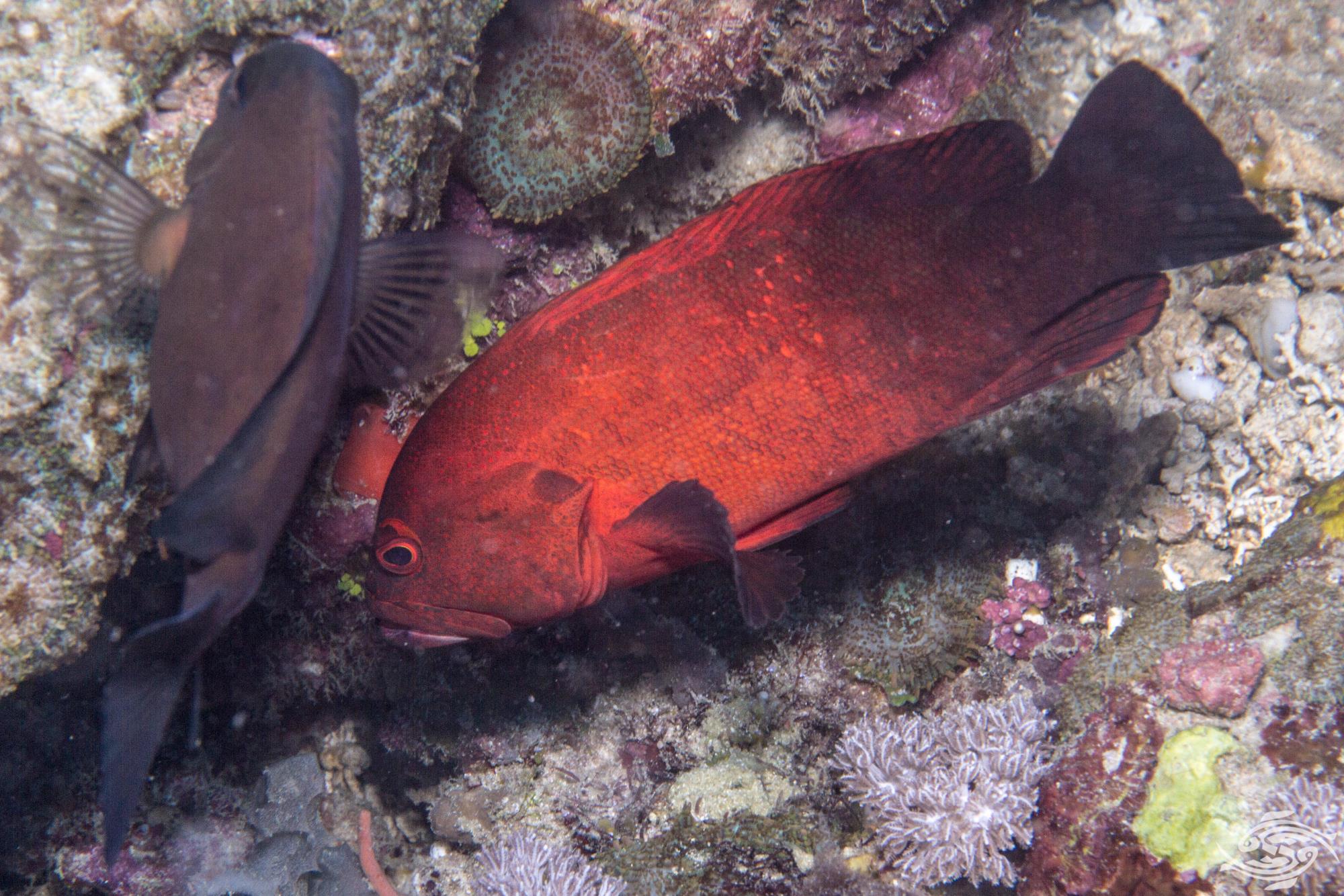 The Darkfin Hind (Cephalopholis nigripinnis) is also known as the Blackfin Rockcod and the Duskyfin Rockcod.  They are fairly common off the coast of Tanzania. They are not that common in the Dar es Salaam area which is heavily overfished. Because of the overfishing they are generally only seen in deeper waters. 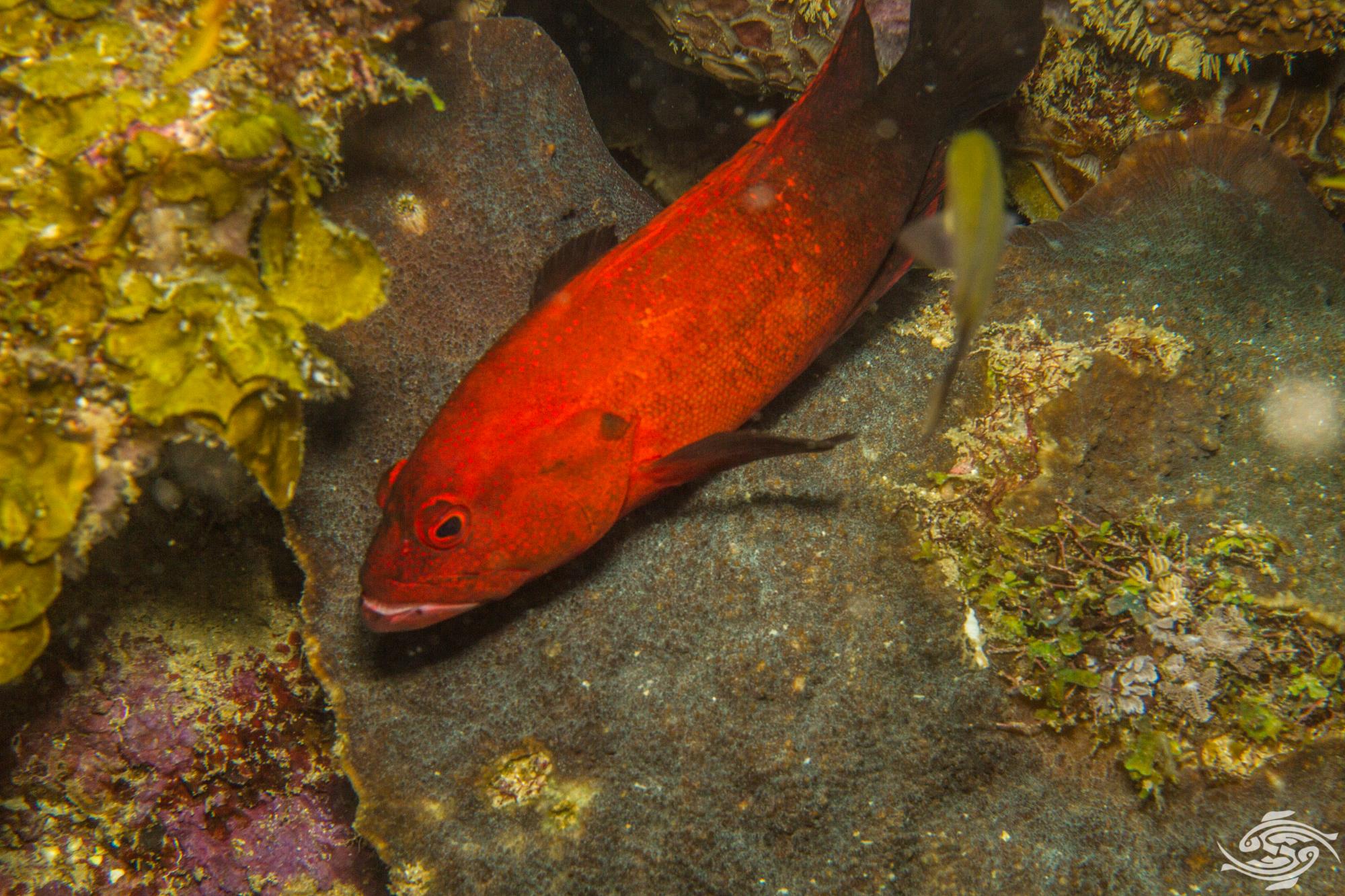 The Darkfin Hind is shy in the Tanzanian coastal waters and tends to head for cover at the first sign of a diver. This is undoubtedly due to the dynamite fishing which was prevalent in the past but has now thankfully been stopped. On the offshore islands of Mafia and Zanzibar they are not as shy. They are often seen lying in ambush in a prominent spot, waiting for prey to pass by.  In the depths where red light does not penetrate their colours give them very good camouflage as they appear a darkish brown colour.

Darkfin Hind are found on the East African coast from South Africa to Kenya across to Western Sumatra including the Maldives, Comoros and Reunion and Mauritius. They have also been recorded on the Andaman and Nicobar Islands. On the Tanzanian mainland coast they are mainly seen from 20 meters downwards and particulaerly on walls that drop off into deeper waters. 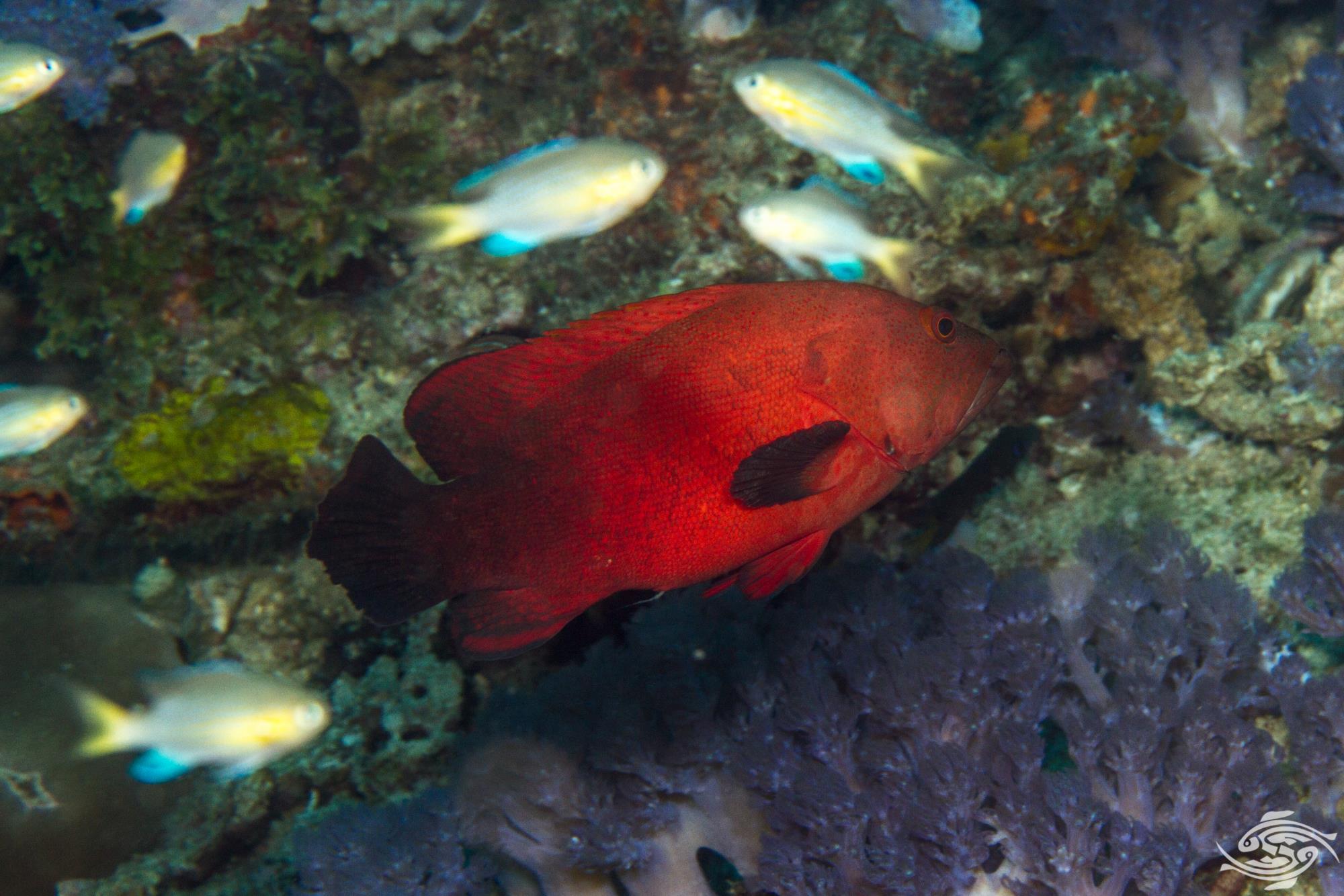 The main diet of the Darkfin Hind is small fishes, small cephalopods and crustaceans.  They are ambush predators who vary their diet according to location and availability and as with most groupers pretty much anything moving that can fit into their mouths they will.

Most groupers are found in small groups of a male and several females. Spawning takes place between couples. Darkfin Hind are diandric protogynous hermaphrodites and even the adult males have the ability to change to a female if necessary. This allows them to be more resilient to overfishing. 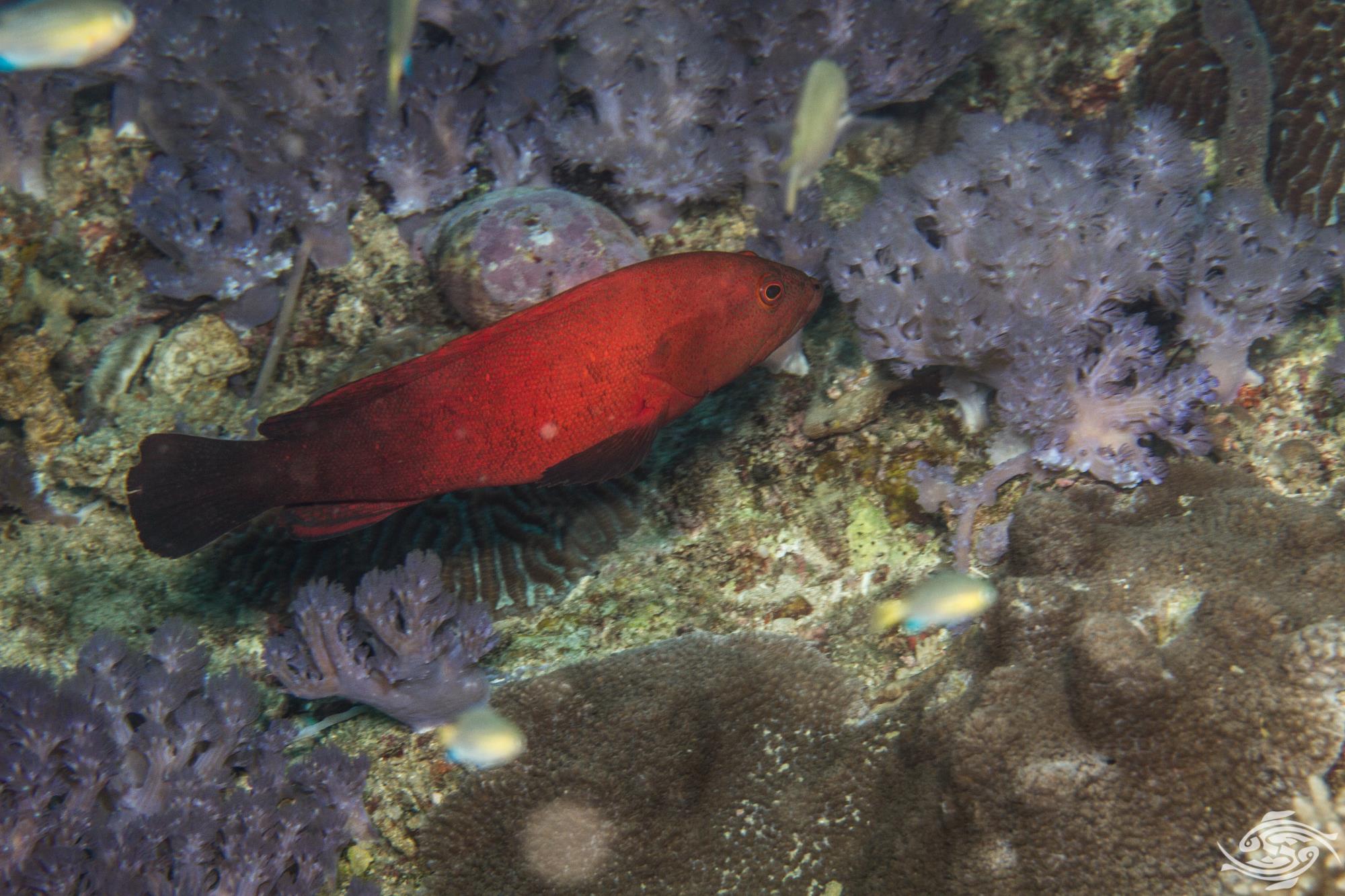 The Darkfin Hind is  over fished by subsistence fishermen in Tanzania. Most inshore areas of the Tanzanian coast outside of the Marine Parks are overfished.