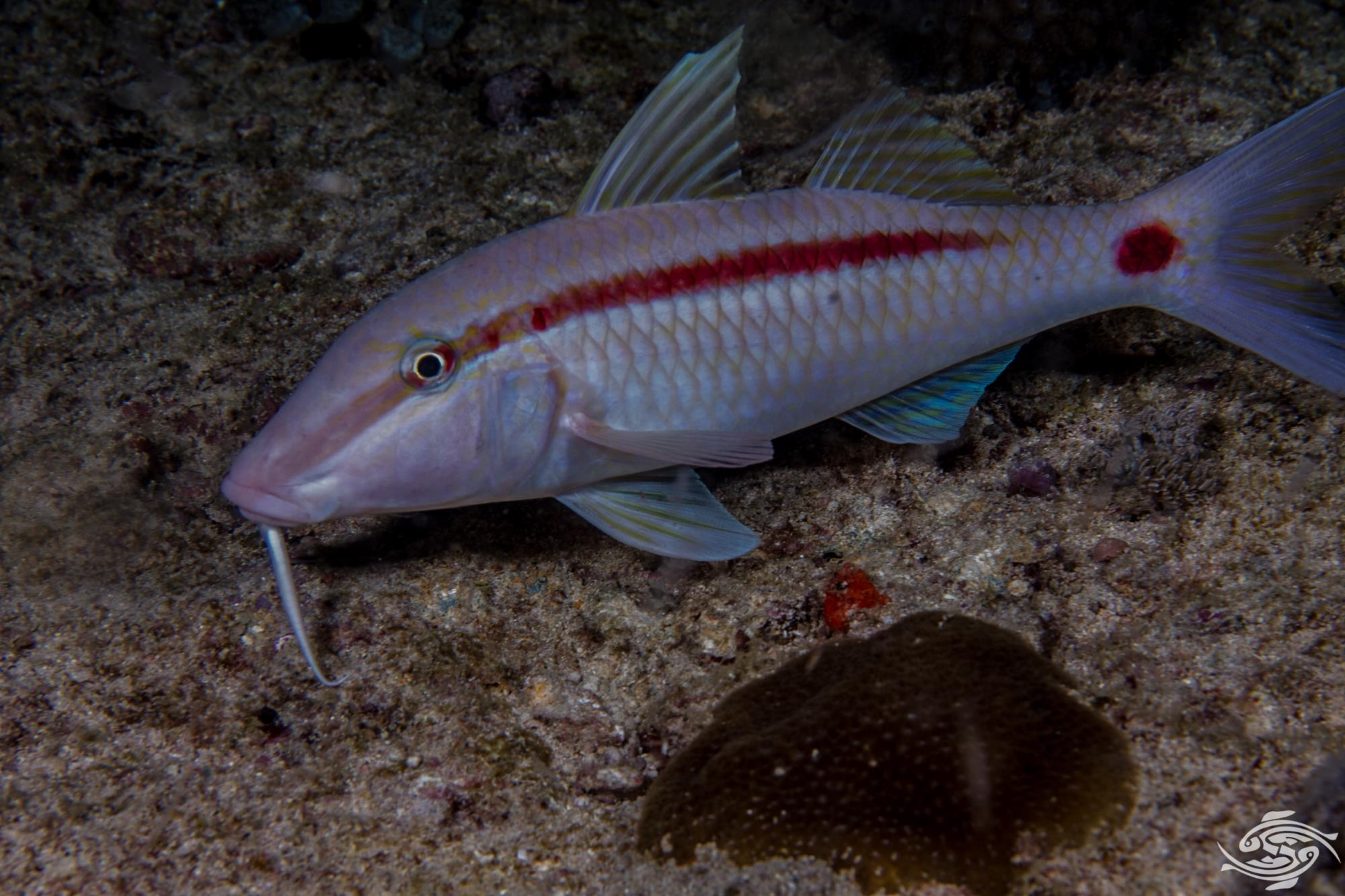 The Dash-and-Dot goatfish (Parupeneus barberinus) is also known as the  Dash dot Goatfish. They are one of the more common goatfish on the Tanzanian coast. They superficially resemble the Longbarbel Goatfish (Parupeneus macronemus) but have a thinner more curved stripe along the body.

The rear dot on the Dash-and-Dot goatfish is also set much further back in the caudal area. Goatfish all have a pair of retractable barbels or feelers that have sensory organs in them to chemically detect prey. They all have proportionally long bodies with a deeply forked tail. 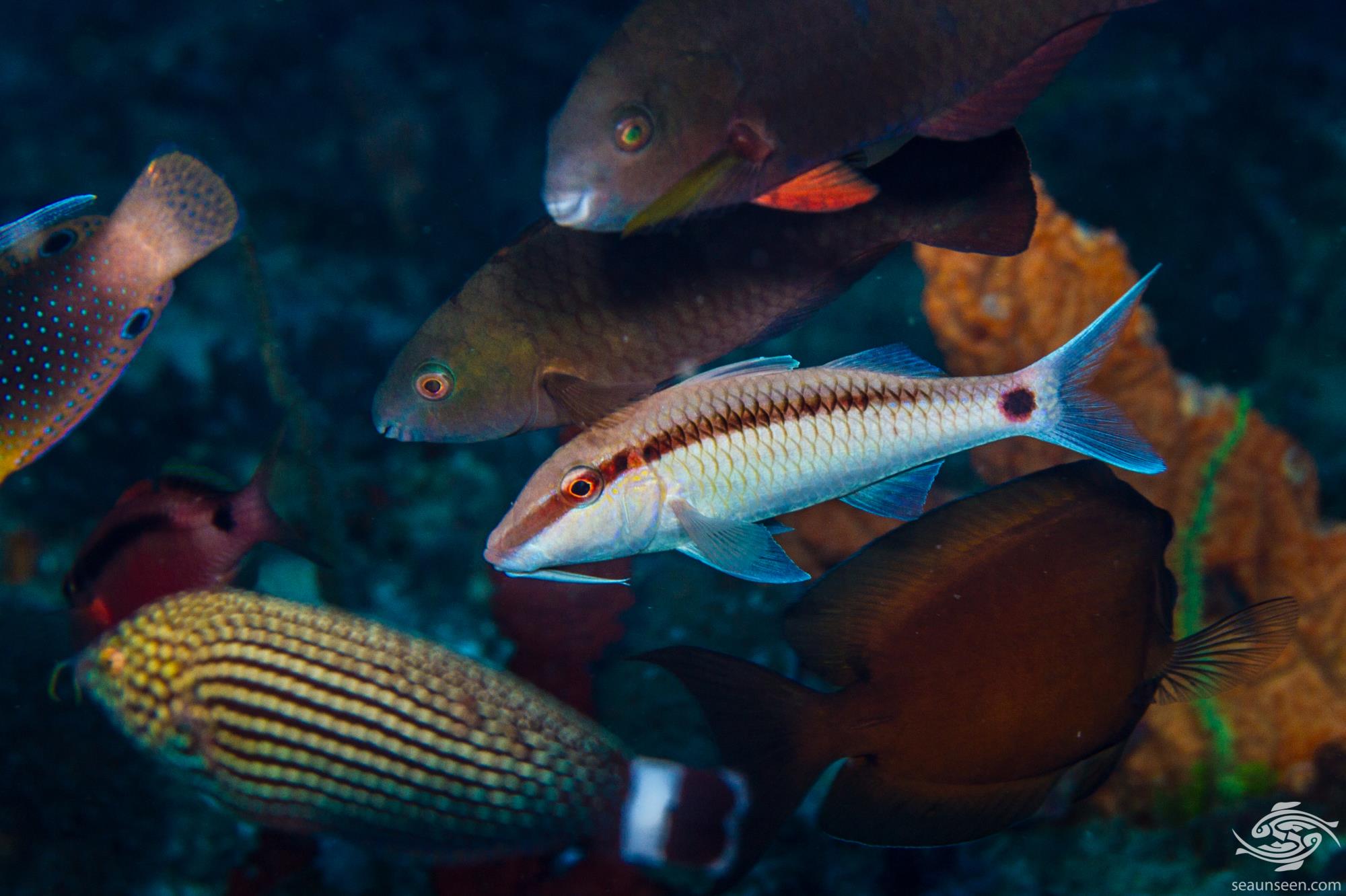 The Dash-and-Dot goatfish generally has a light grey background color with a curved dark red/black colored stripe that runs from the mouth through the eye all the way to the rear of the second dorsal fin. round black spot on the side. On the very rear of the caudal area there is a black/red spot. Around the eye is a white ring and on the face there are thin yellow and blue lines.

They seem to have the ability to change the colour of the main stripe and dot from a reddish colour to black.  They are one of the larger goatfish and grow up to 60 cm in length. It is rare to see one that large and 35 cm is more common.

At night on the reef they are sometimes seen with a reddish colouration. This aids camouflaging them in the dark. 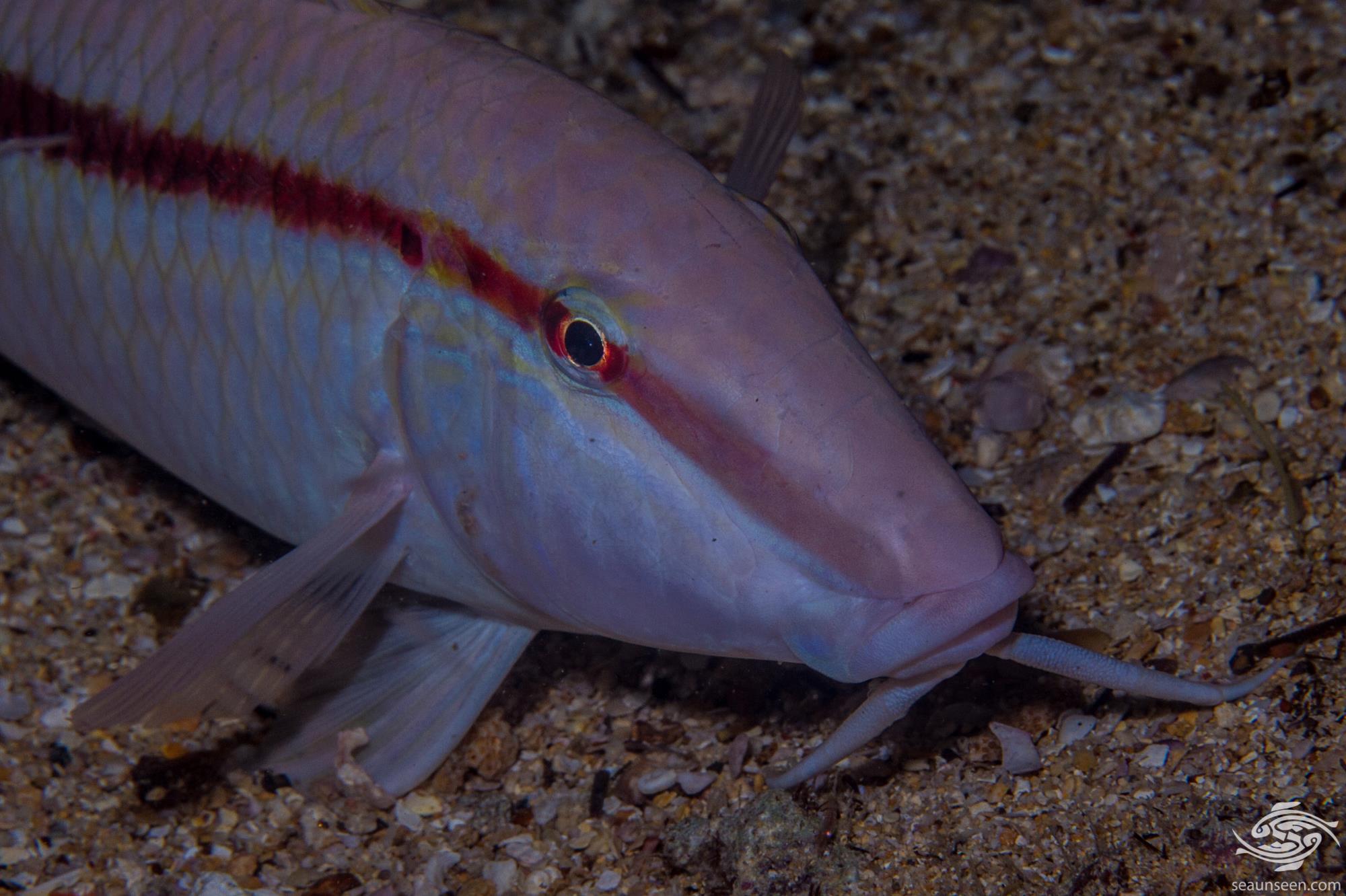 DASH-AND-DOT GOATFISH IN THE WILD

The Dash-and-Dot goatfish is more common on sandy areas between the reef but will often be seen feeding across the reef with other species of goatfish and parrotfish. They are often singular but at times there are small groups.  One often only sees the really large specimens at night resting on the sand. 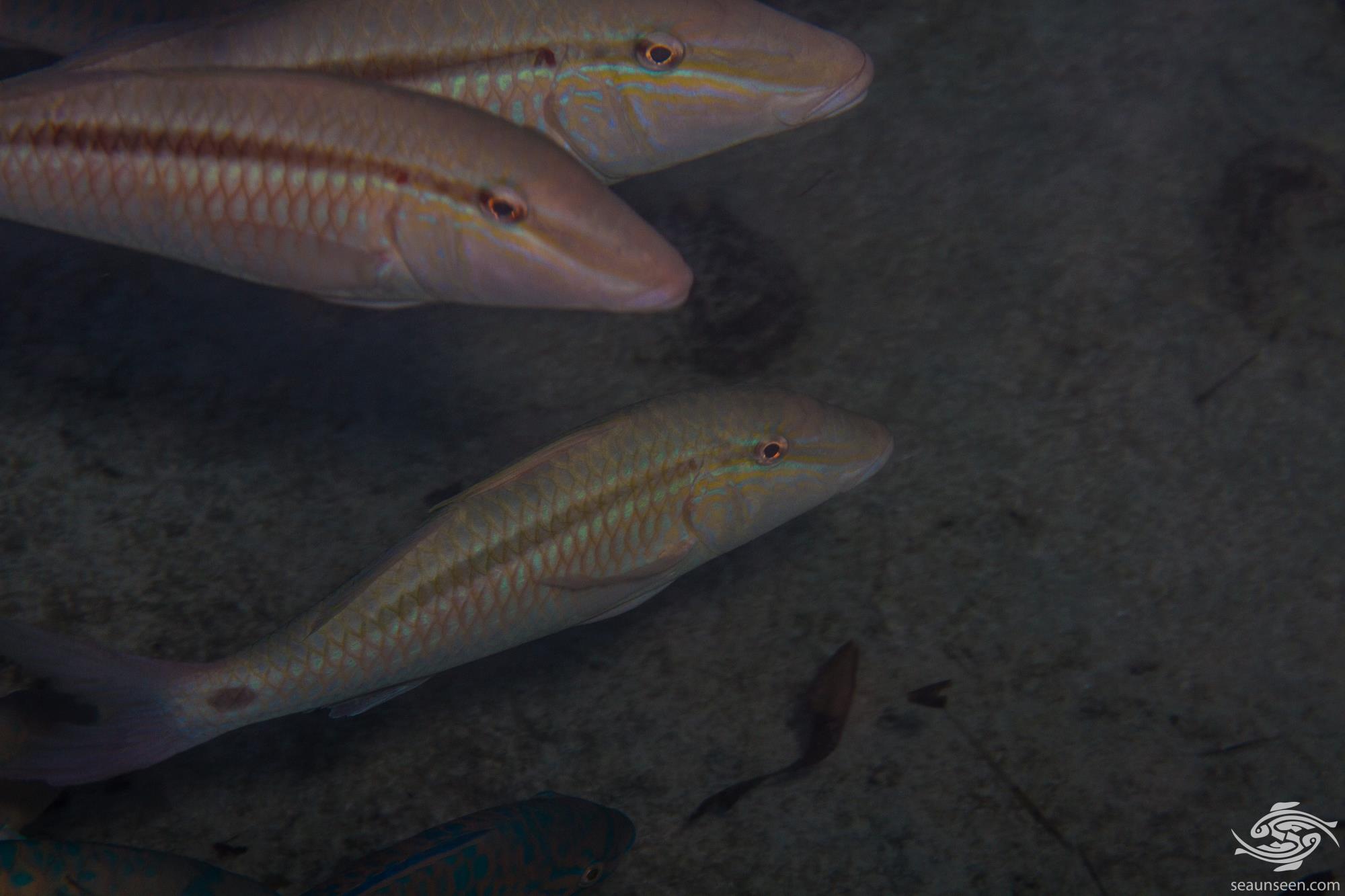 The Dash-and-Dot goatfish is found across the Indo Western Pacific  Ocean. They are found from East Africa across to Australia and north to Japan. 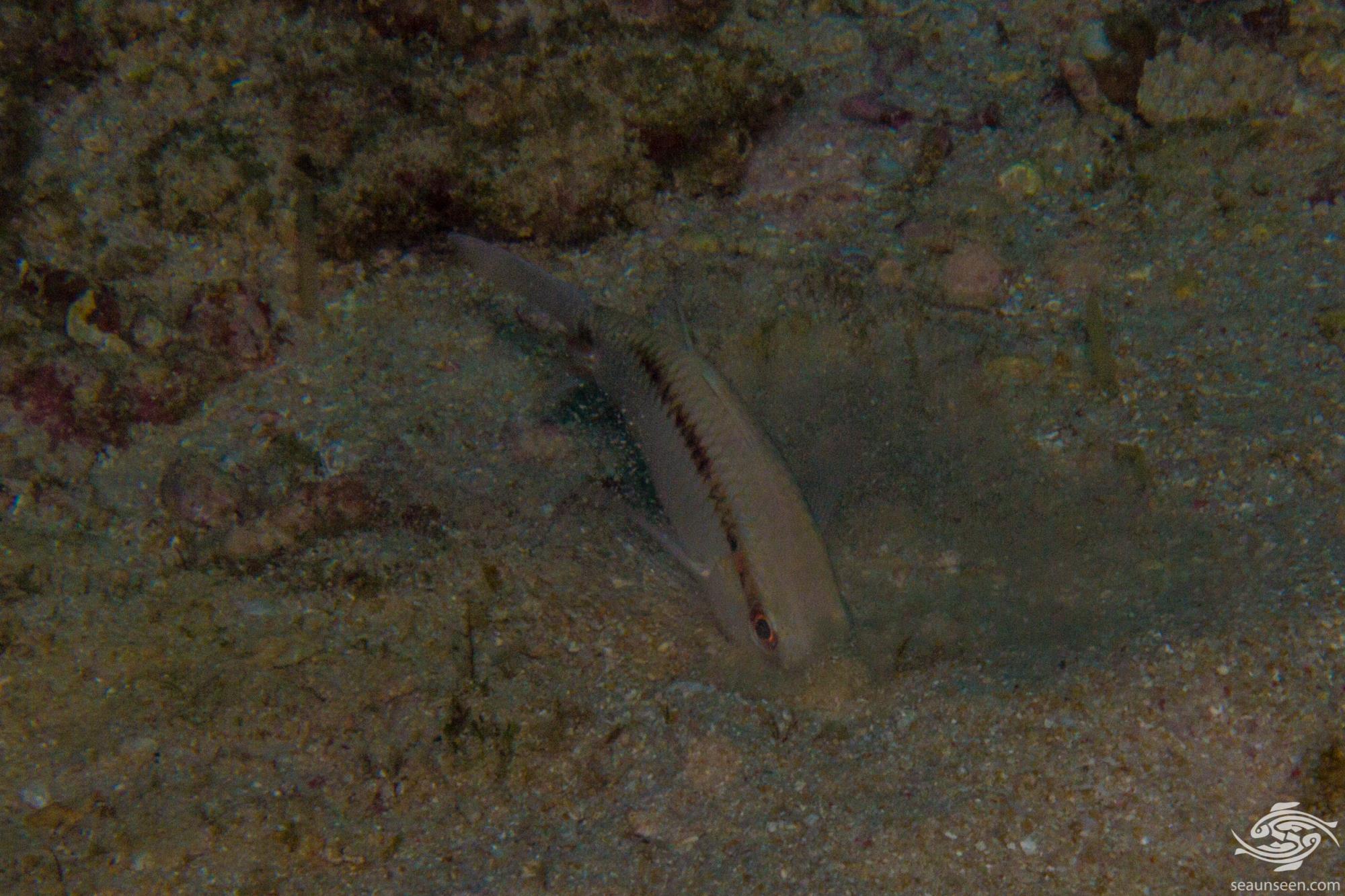 The Dash-and-Dot goatfish feed onworms, small crustaceans, heart urchins, gastropods, pelecypods, foraminiferans, brittle stars, and small fishes. Compared to the other goatfishes they forage more over the sand.  They can often be seen digging into the sand once they have detected prey. Once they begin searching an area they comb it quite meticulously with their barbels. The barbels are prehensile and they have a large degree of control over them. Both seem to operate independently and if they allow one to get close while feeding, it is quite interesting to watch them. 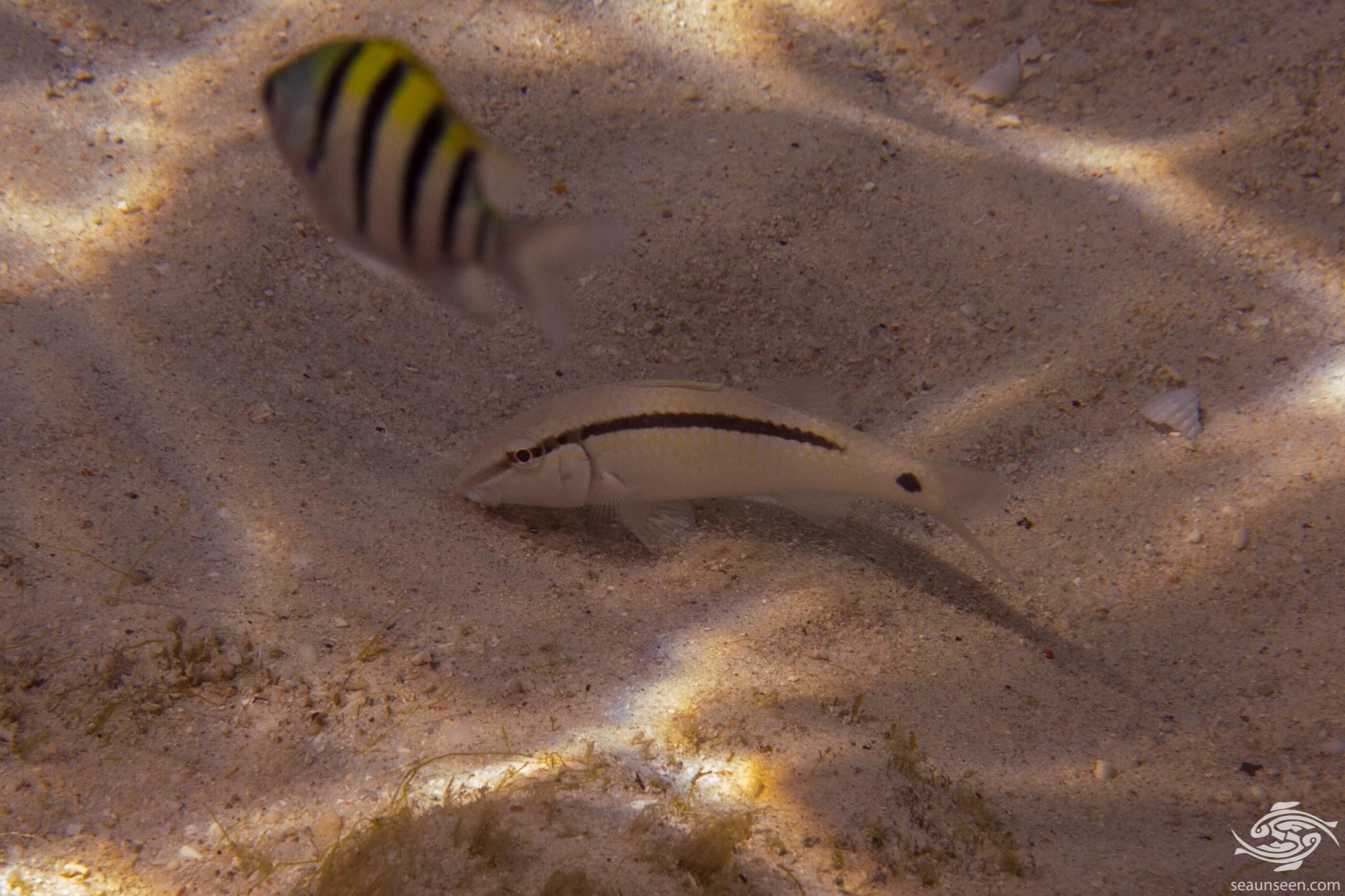 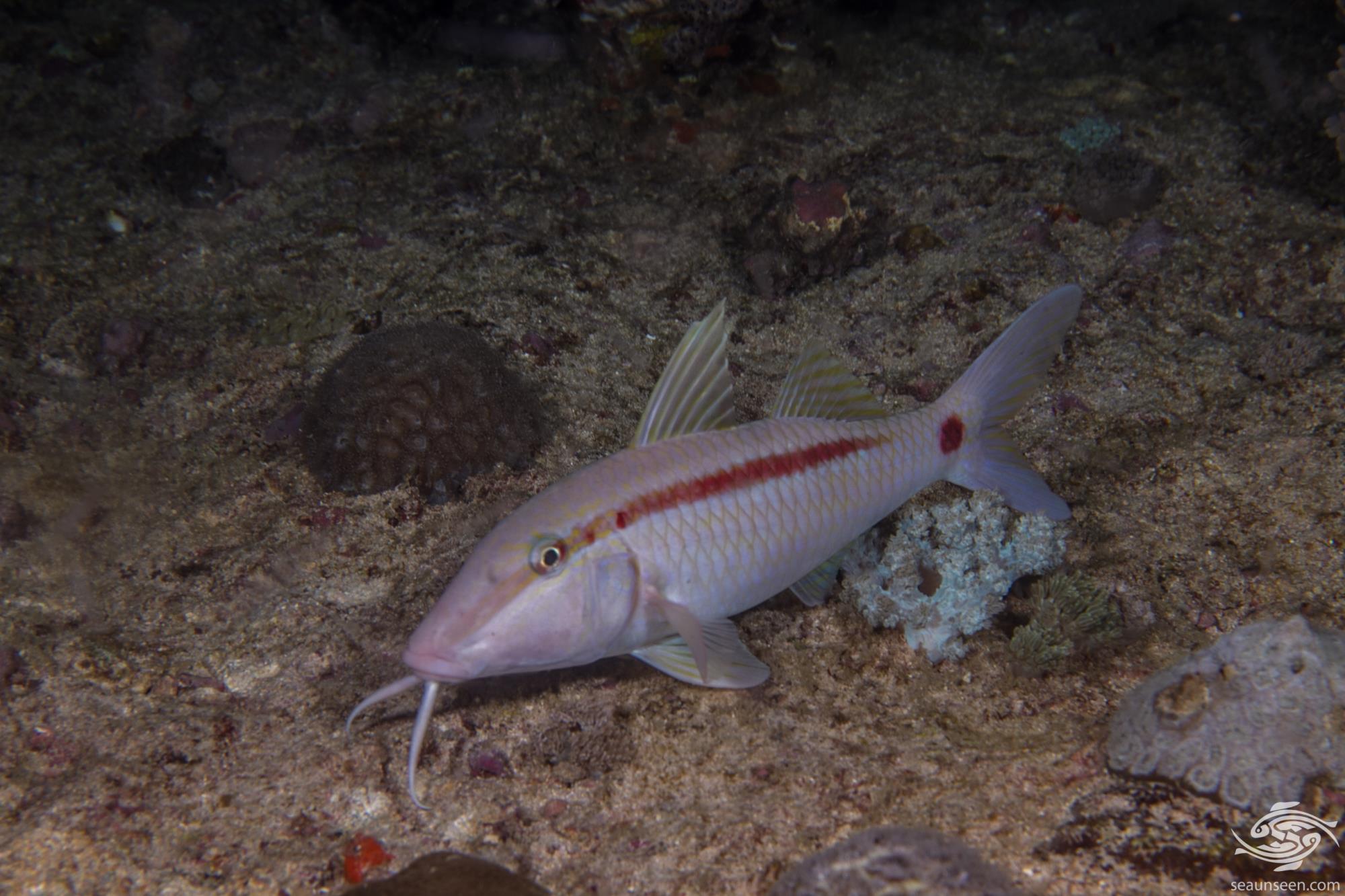 Dash-and-Dot goatfish are not commonly kept in aquariums. Because of their potential size of 60 cm they would require a large tank. Because of their tendency to root around they are not suitable for reef tanks and rocks would have to be be well anchored.