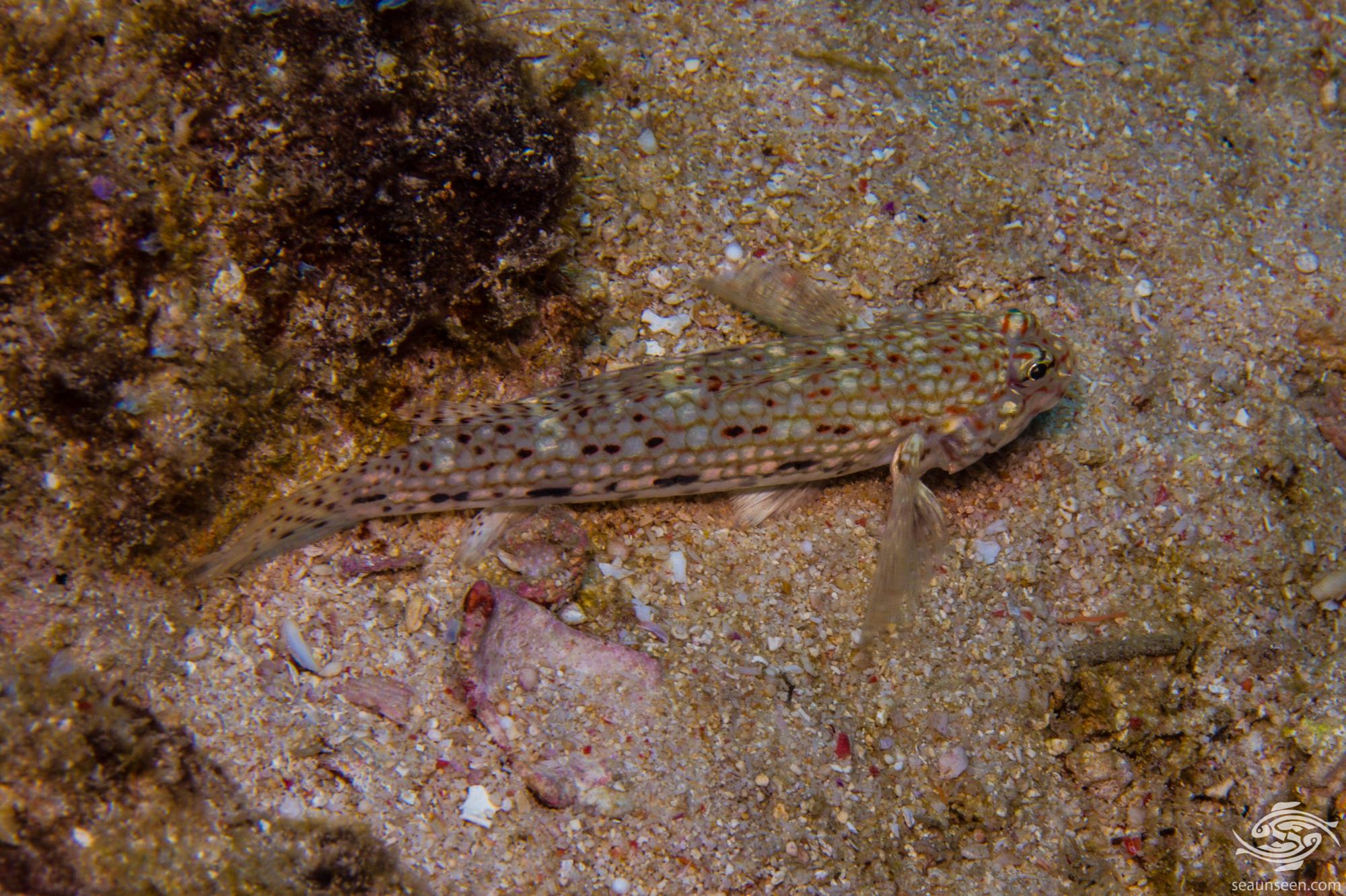 They lack swim bladders which given that they spend most of their time on the substrate are not needed and although they do not have a lateral line, they have sensory organs around the head. Although they sift food out the sand, they do not live in burrows and are not theoretically classified as Sleeper Gobies.

The Decorated Goby has an elongated cylindrical body shape with two dorsal fins typical of the gobies.  The body is a light brown colour and the scales are edged in a light brown creating a pebbled pattern across the body. The caudal fin and rear top of the body is speckled with brown spots which change into orange as one moves onto the head. 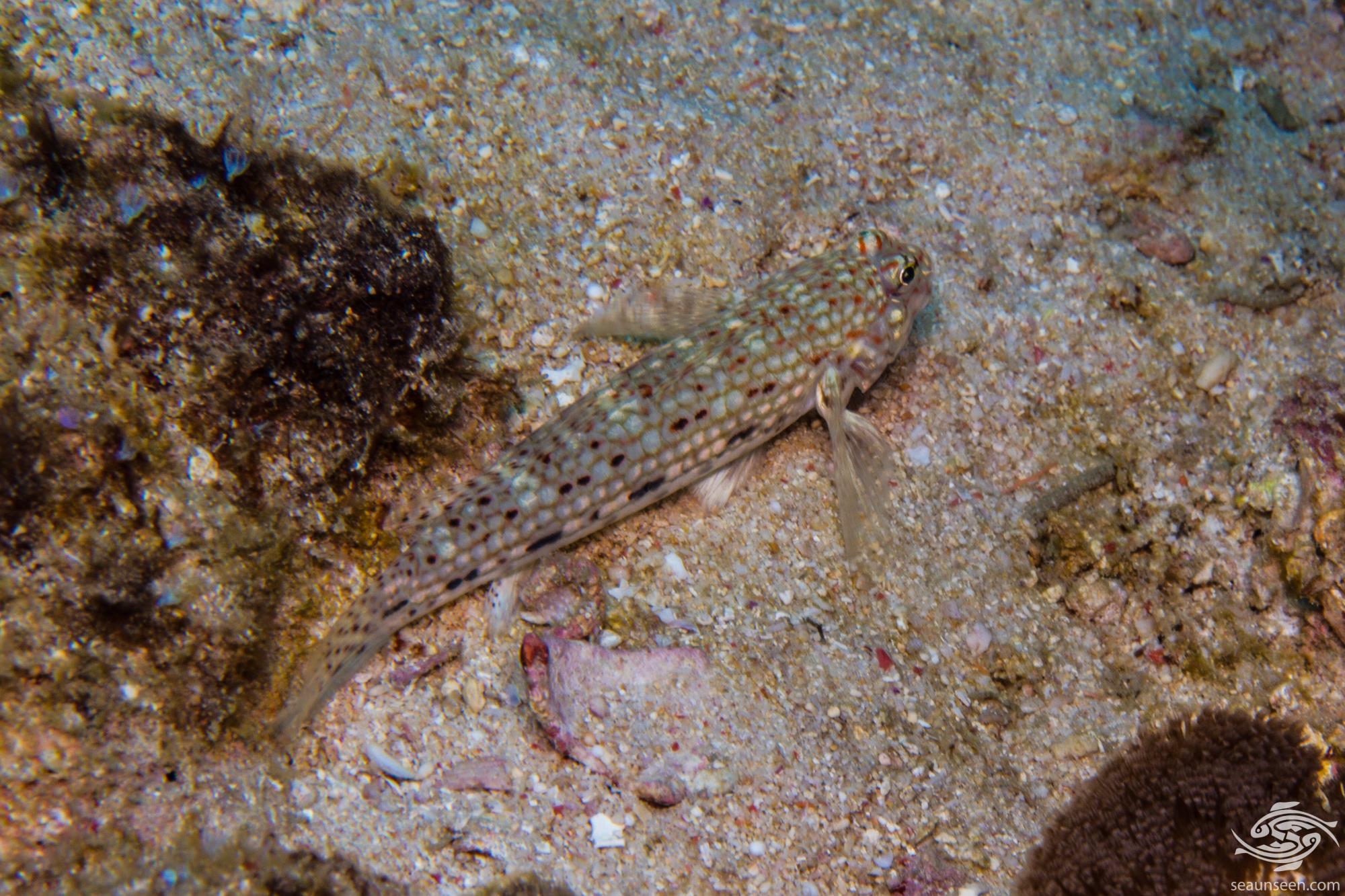 DECORATED GOBY IN THE WILD

The Decorated Goby is fairly common in Tanzanian coastal waters. They are usually seen sitting on the sand in mixed rubble and reef areas and as can be seen in the images their camouflage is good.  Often they sit on sand just under an overhang which provides them with protection from above.

When they feel threatened they skip off a few inches on the sand always keeping their tail towards the threat. This allows for the quickest possible getaway from the threat. Their bulbous eyes allow them to look backwards to monitor any threat.  This can be seen in the image below. 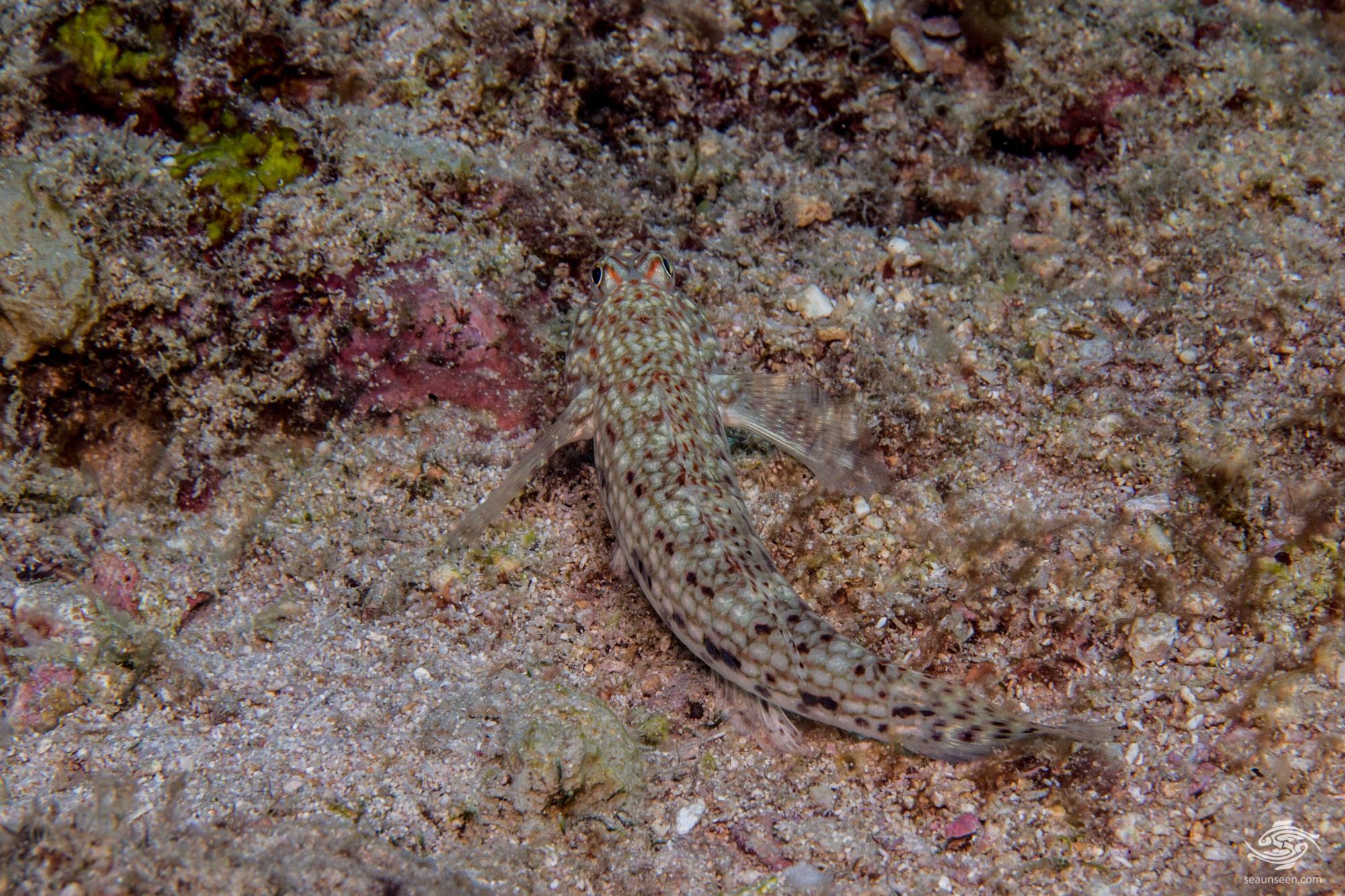 A small study in Australia near Lizard Island on the Great Barrier Reef where they are abundant, found that all the specimens collected had an age under 266 days indicating that they have an annual life cycle and that they have a very high mortality rate. Additionally they are fast growing. Given their relative abundance they are therefore probably an important food source for their predators. They are usually seen singular and are possibly territorial.

The Decorated Goby is found across the Indo west Pacific area from East Africa to southern Japan and south to the Great Barrier Reef including Lord Howe Island. They are mainly seen on the rubble and sandy areas between corals and  generally swim low close to the bottom. They are more common between 5 to 12 meters in depth but we have seen them down to 18 meters in Tanzanian waters. 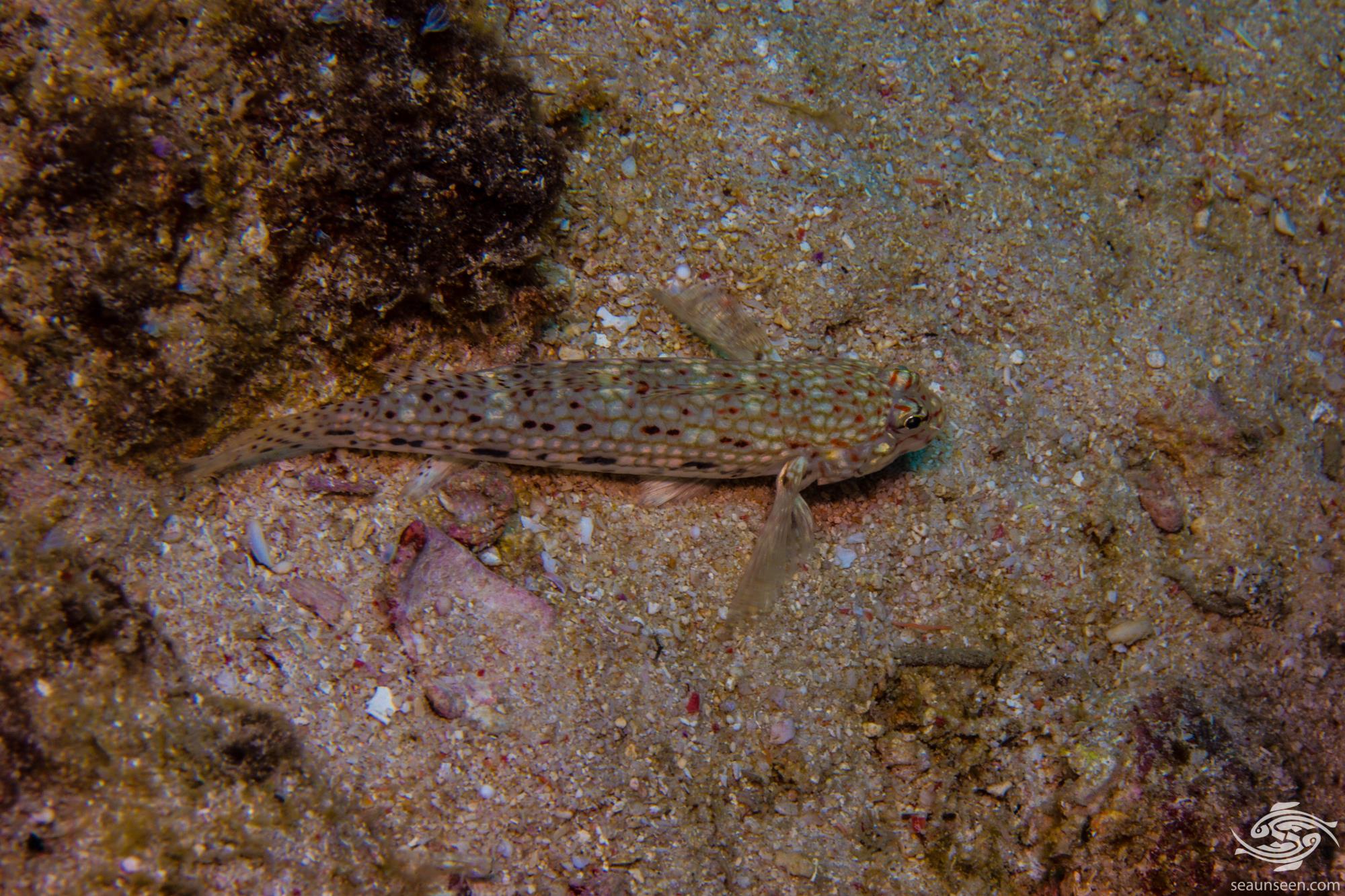 The Decorated Goby feed on small microorganisms that live in the sand. They take in mouth fulls of sand and  filter the microorganisms out the sand. The sand is then expelled out the gills and copepods, ostracodes, amphipods, nematodes and foraminiferans make up the bulk of their diet. 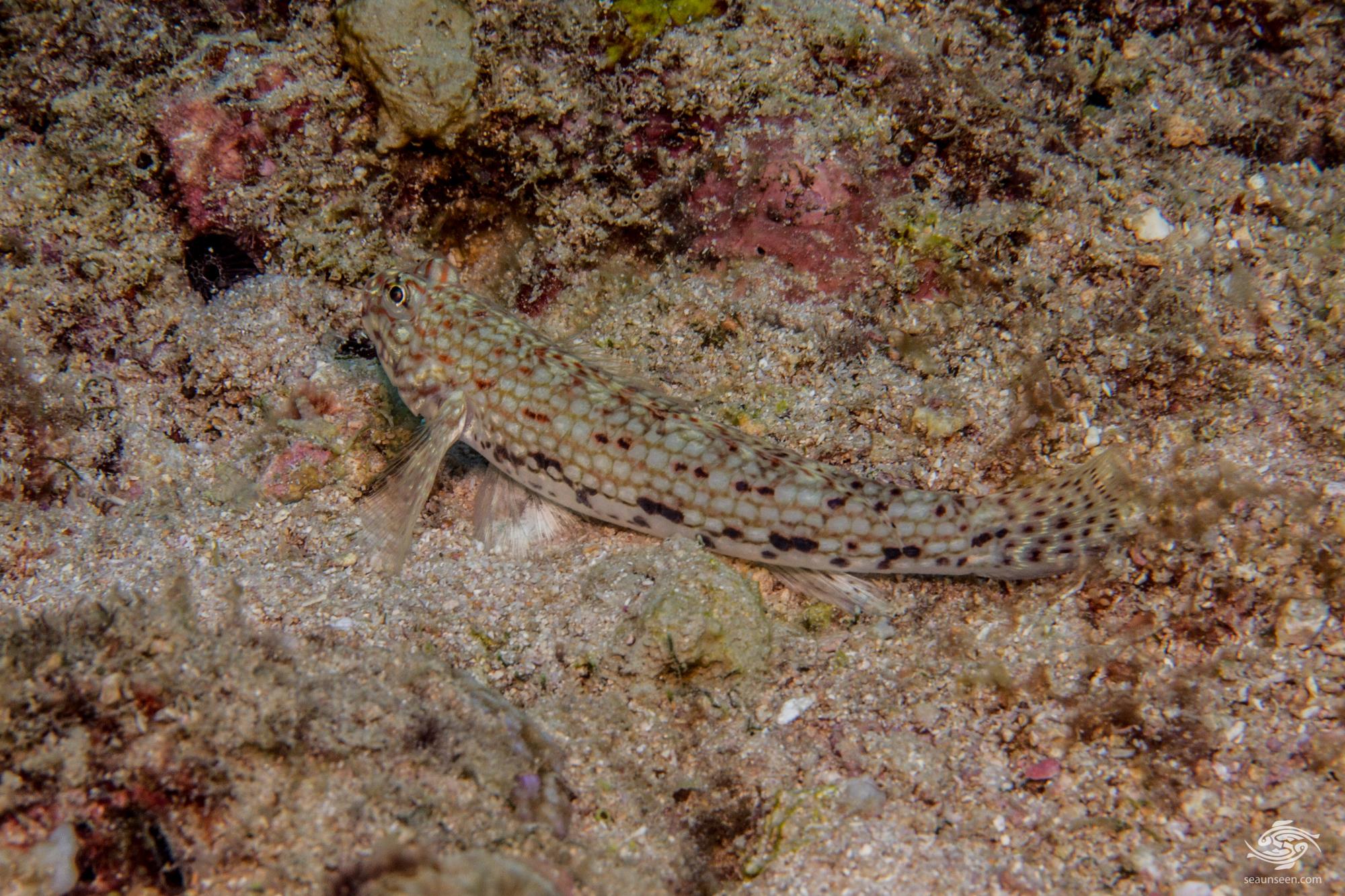 They form monogamous pairs and the eggs are laid in the burrow and cared for by the male. When the eggs are ready to hatch the male seals the burrow and then re opens it at night giving the fry a chance to disperse. Females spawn every 13 days throughout the year and males care for the eggs for 1 to 4 days.

There is an interesting piece of research done on this species breeding habits here.   Essentially males mate with the largest female that is available and will transfer from a smaller female to a larger if one is available. Females guard larger males and benefit from having a larger male who provides larger and more burrows which provide more shelter. 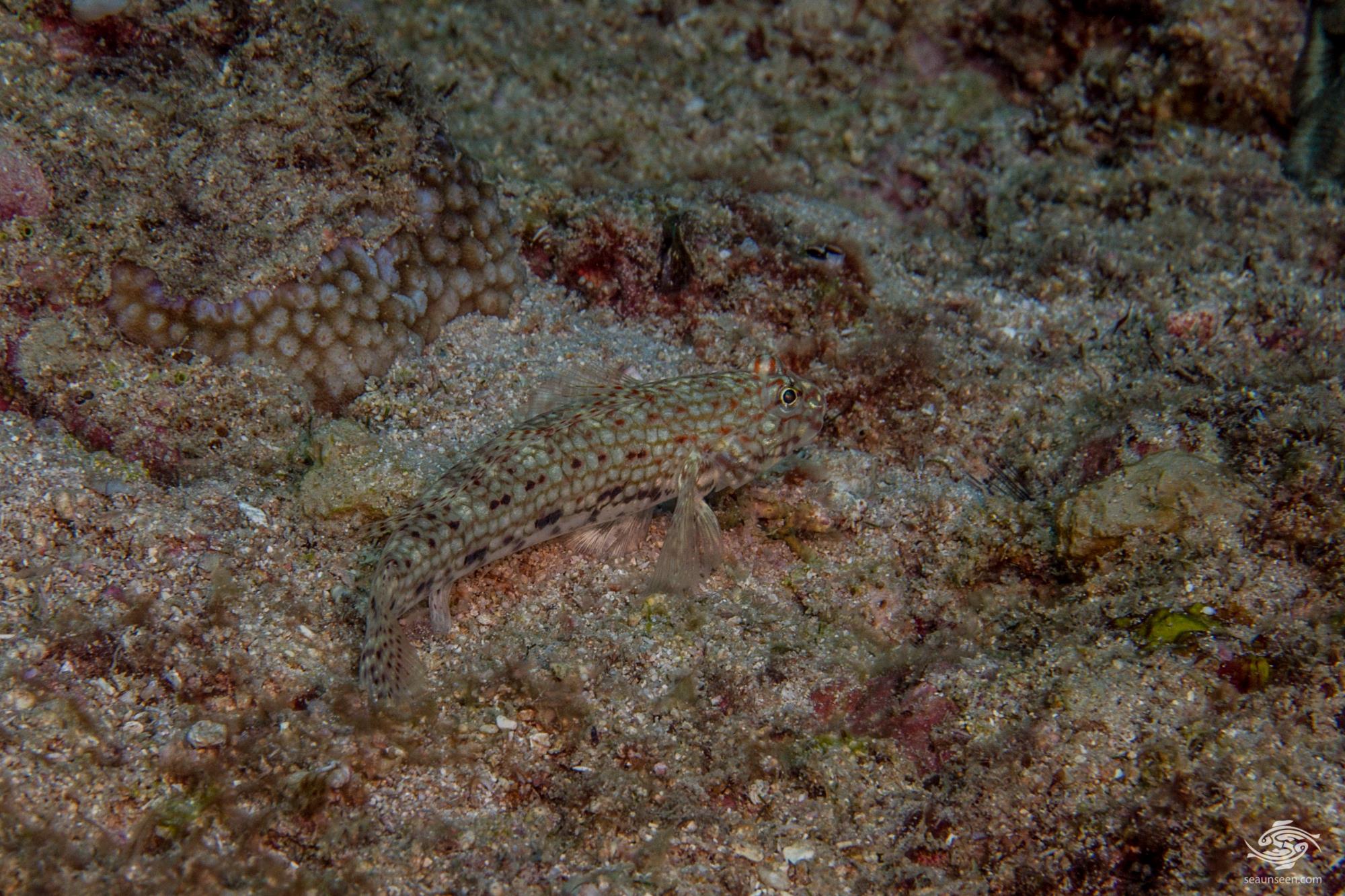 Decorated Goby make an interesting and useful contribution to a tank by filtering the sand.  Although their personality varies from specimen to specimen , provided that they are in a sufficiently large tank with deep fine sand and good water conditions and no other aggressive species they are likely to be quite active.   By constantly turning over the sand and oxygenating it they perform a useful function in ones tank.  They tend to be easy to feed and are considered reef safe but may dump sand on invertebrates on the lower parts of the tanks.

Provided one has the correct environment for them with mature live sand, they are easy to keep.   Because of their bottom feeding habits they may have parasites and it is a good idea to deworm them.

Unless one has a very large aquarium only one should be kept. They may become territorial with other similar feeders who potentially threaten their food supply. You can read a very good article here on keeping these fish. 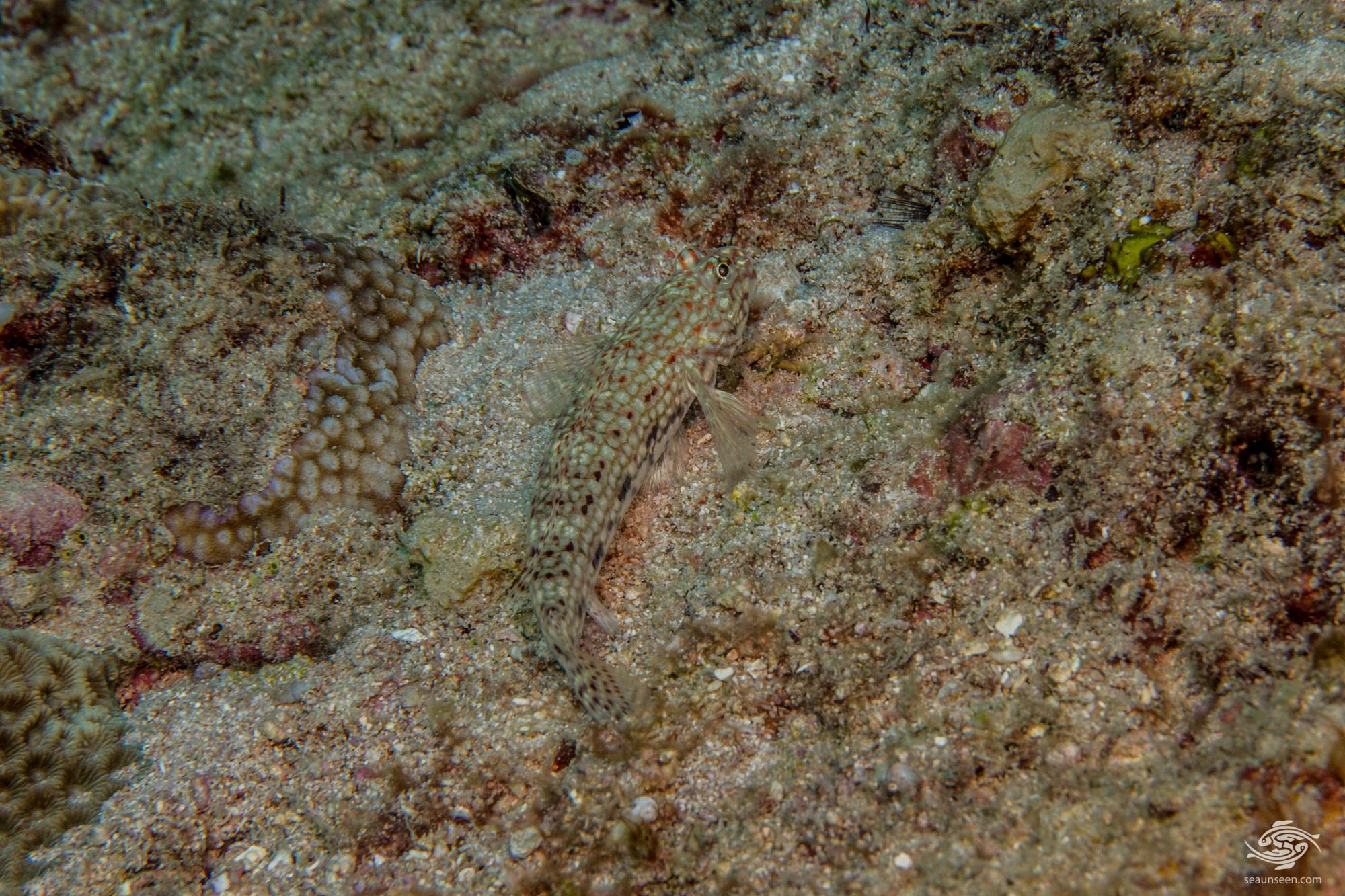