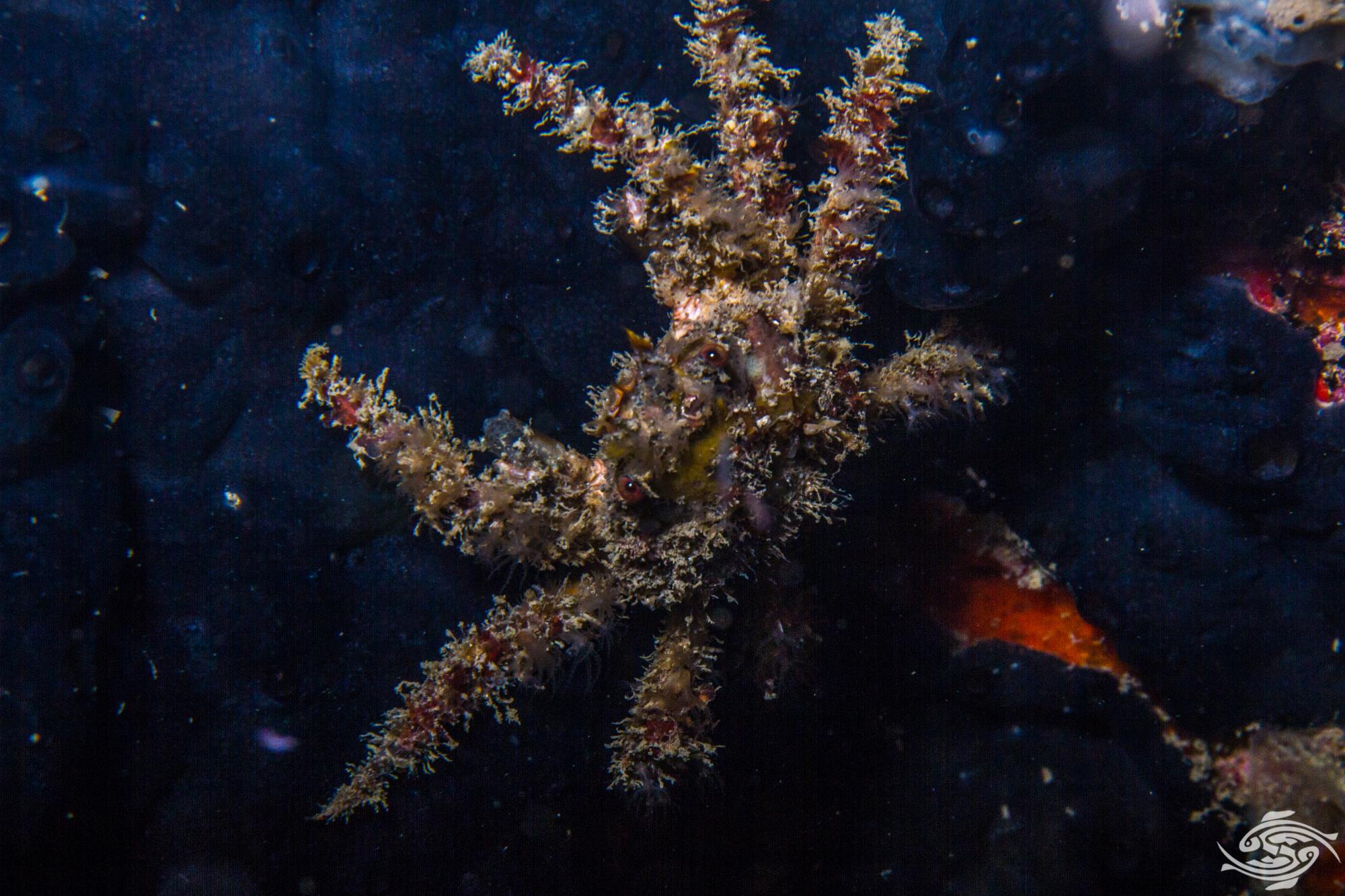 Decorator crabs belong to the superfamily Majoidea and are also commonly known as Spider Crabs.  They obtain their name from their habit of decorating their bodies with various plants and animals. This can have a two fold purpose.

Firstly it provides very good camouflage and unless they move Decorator crabs can be very difficult to see. There is a very large one in the image below, see if you can pick it out. It takes up most of the image.

Secondly by placing stinging or poisonous animals for example sponges or Hydroids on itself, such as done by the Sponge crab (Lauridromia dehaani) this provides the crab with not only camouflage, but a poisonous defence. This strategy is known as Aposematism. 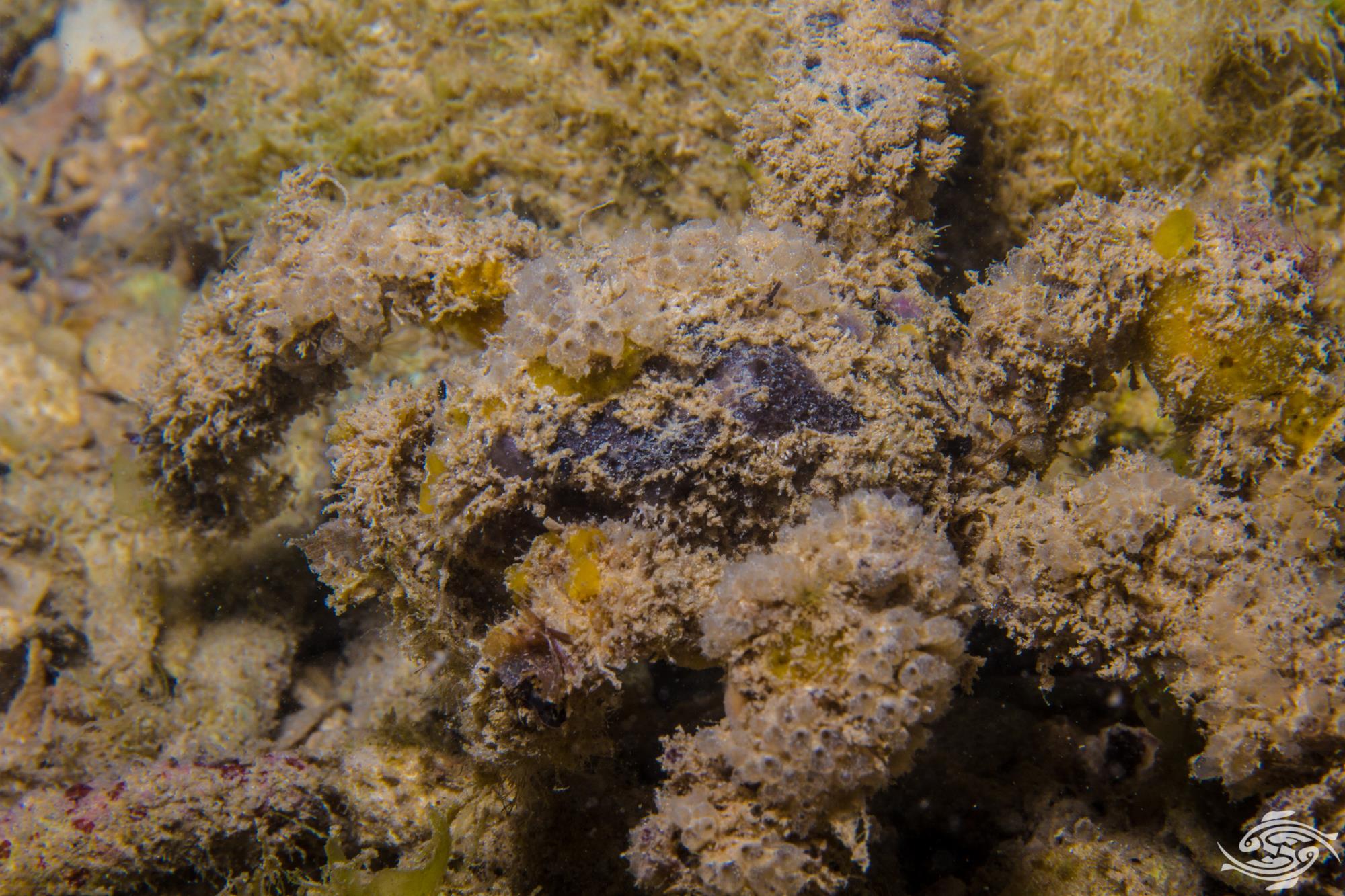 Decorator crabs being crustaceans have a hard exoskeleton made of chiton, a single pair of claws and four pairs of legs. To make it easier for them to stick their camouflage or protection on the body, many have large numbers of small spikes or barbs or thick hairs across their body. Once they have completely decorated themselves they can be very difficult to pick out. Often one only spots them at night by the reflection of their eyes from the dive torches. 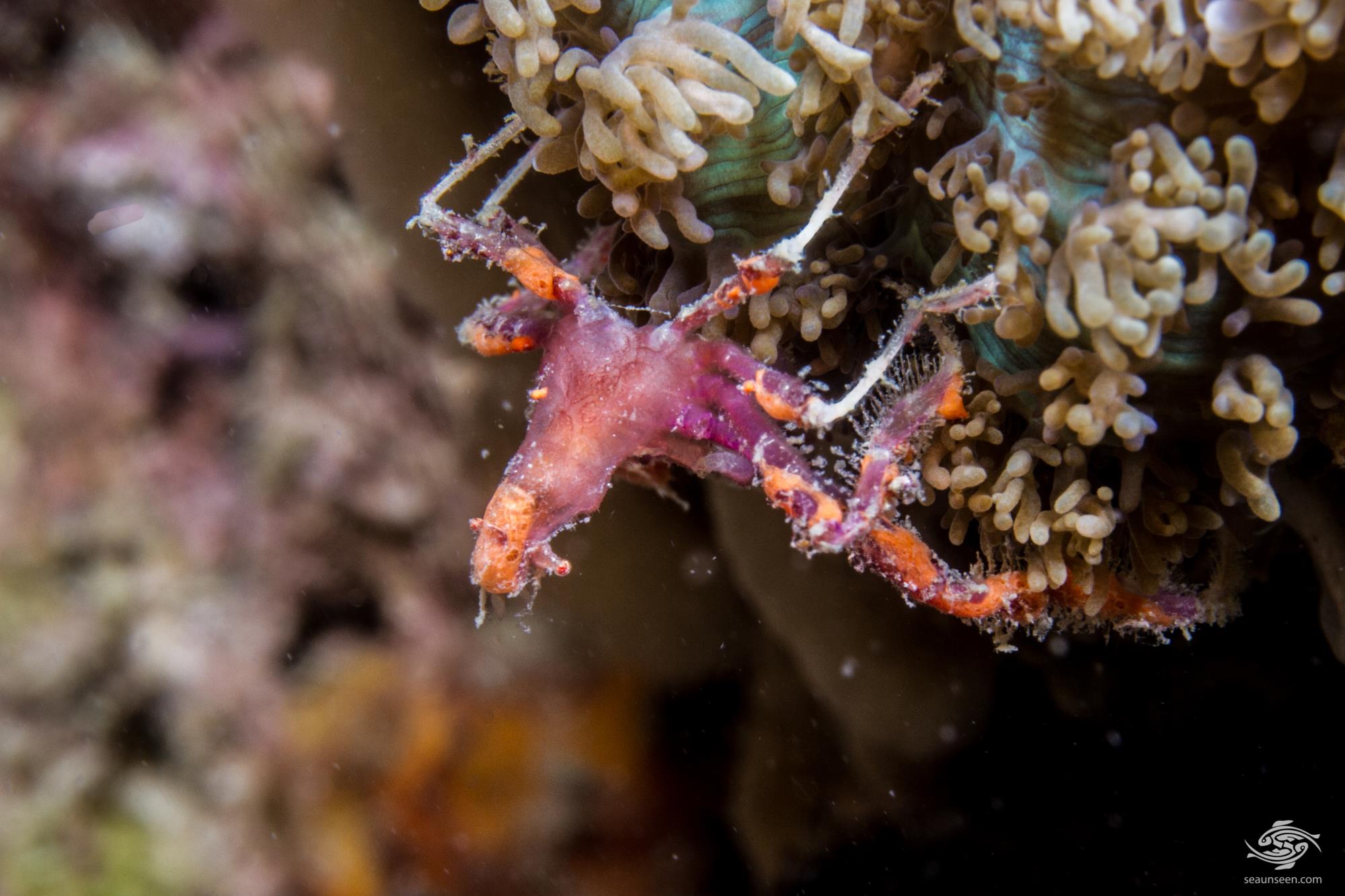 Crustaceans grow by molting and as the Decorator crab grow so they molt and change shells . This requires a complete redecoration on each molt. After a shell change the Decorator Crabs recycle the best pieces off of their old shell. This allows them to quickly redecorate and gain their camouflage and protection. Specimens still in the redecorating stage can be seen in the images above and below. 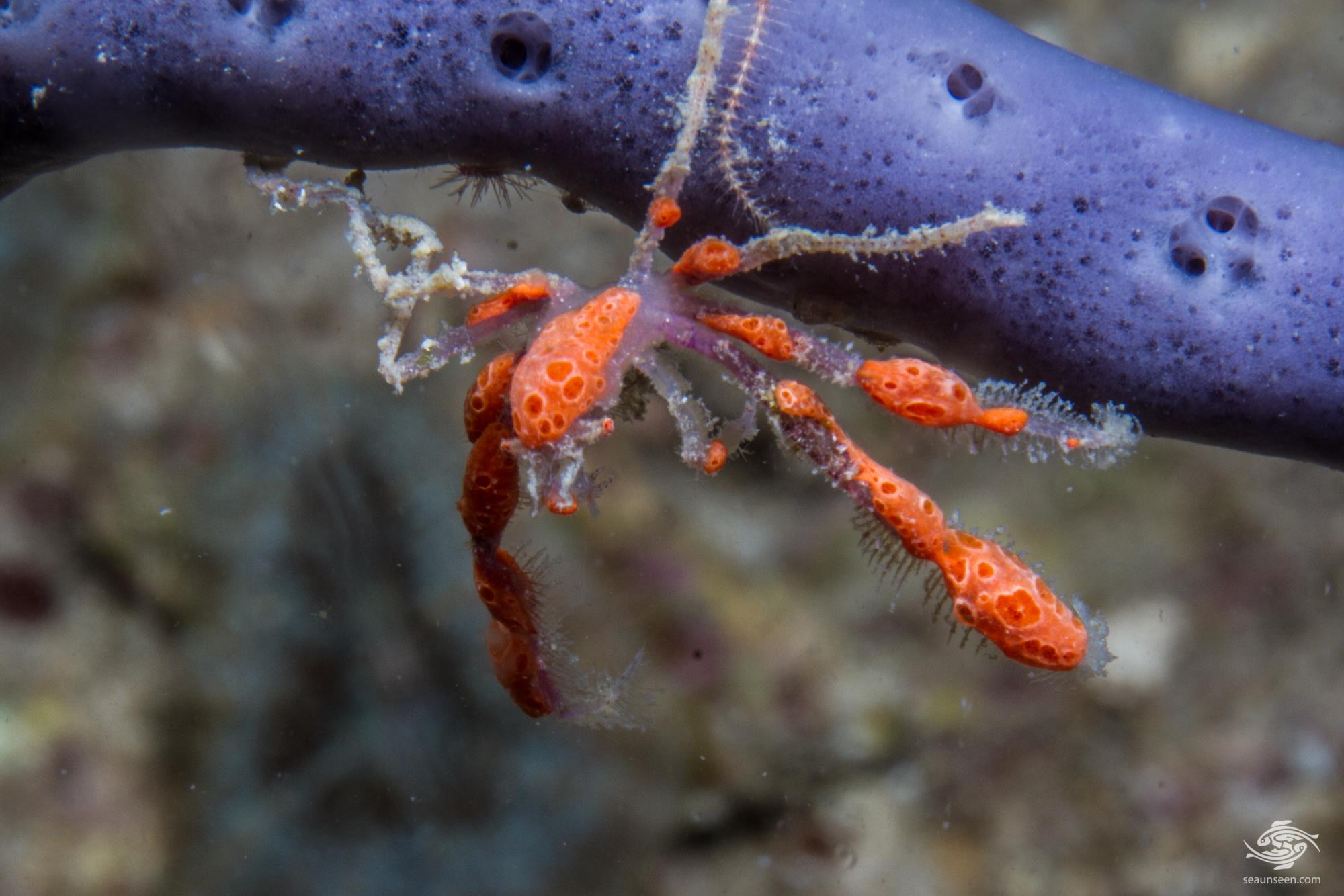 On some occasions such as in the image above, the crabs camouflage can fail it . The crab is covered in orange and white sponge but is sitting on a blue sponge. The hairs on the body and appendages used for attaching the camouflage can be clearly seen. 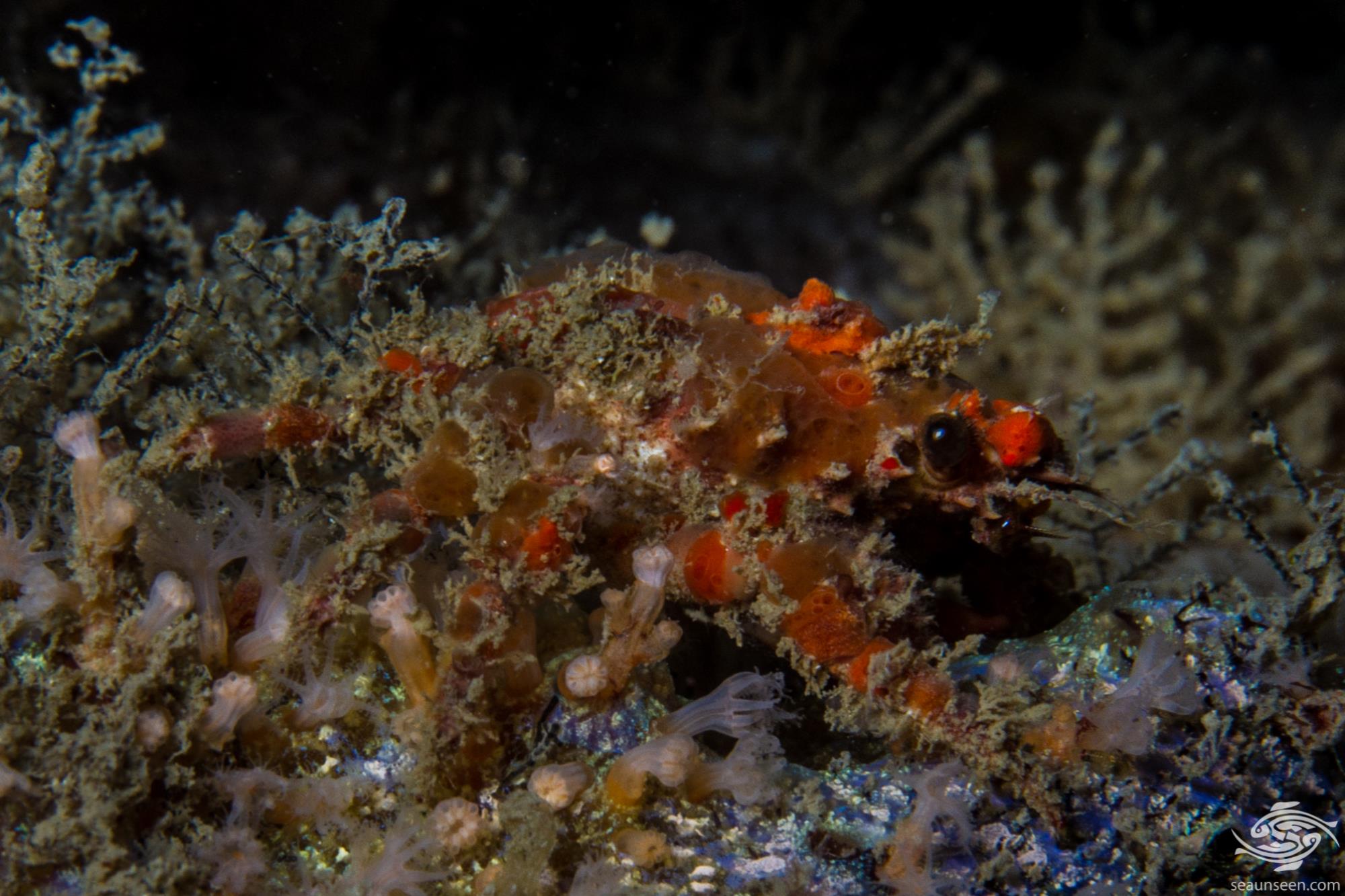 DECORATOR CRAB IN THE WILD

One usually only sees the Decorator Crab out at night, when their eyes reflect the light back they are easier to spot. So good is their camouflage that unless they move, during the day one hardly sees them. Even when they do move and one spots them , it is extremely difficult to keep them in sight. 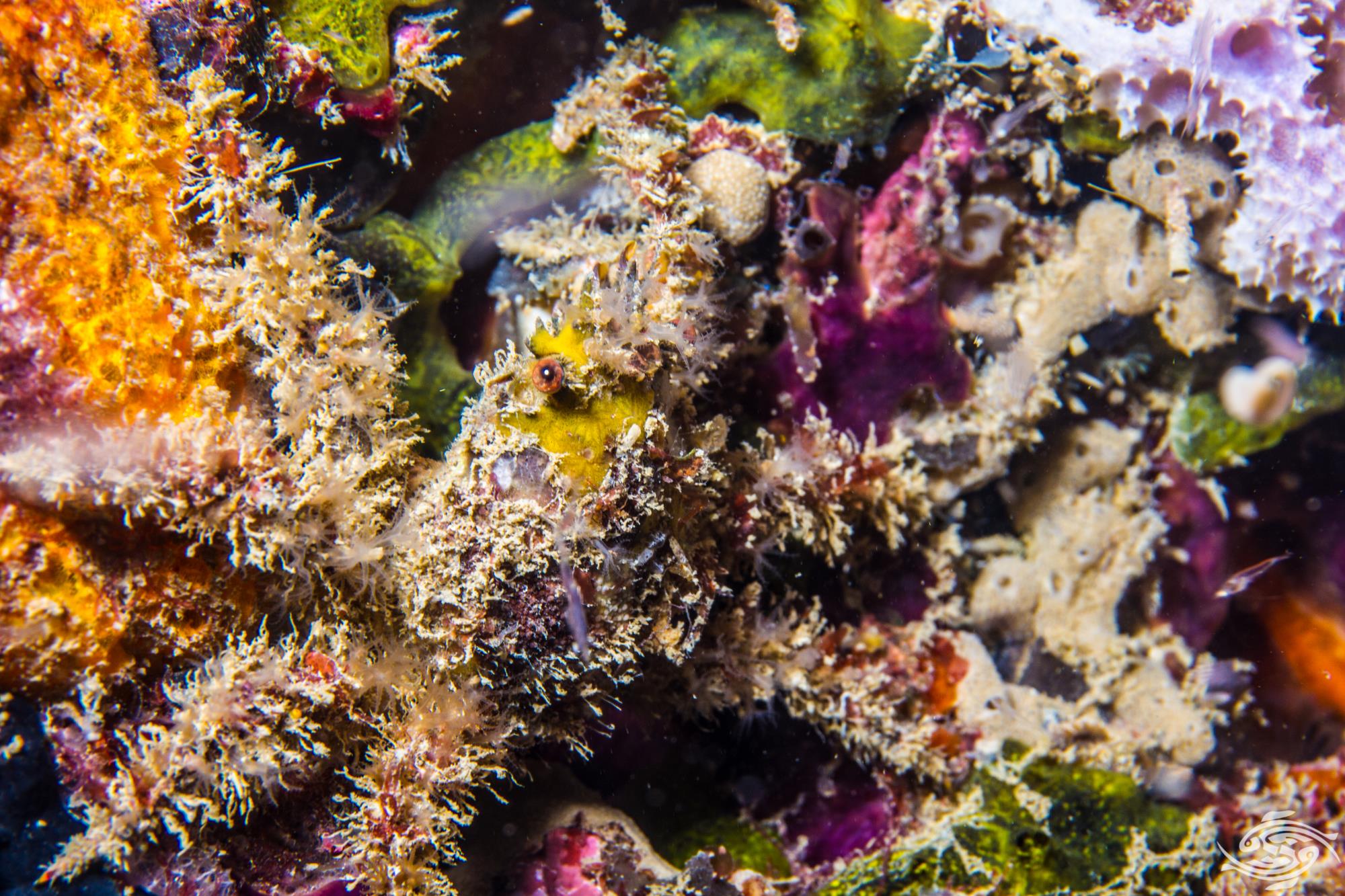 The Decorator Crab are found in most of the worlds oceans and there are many species. 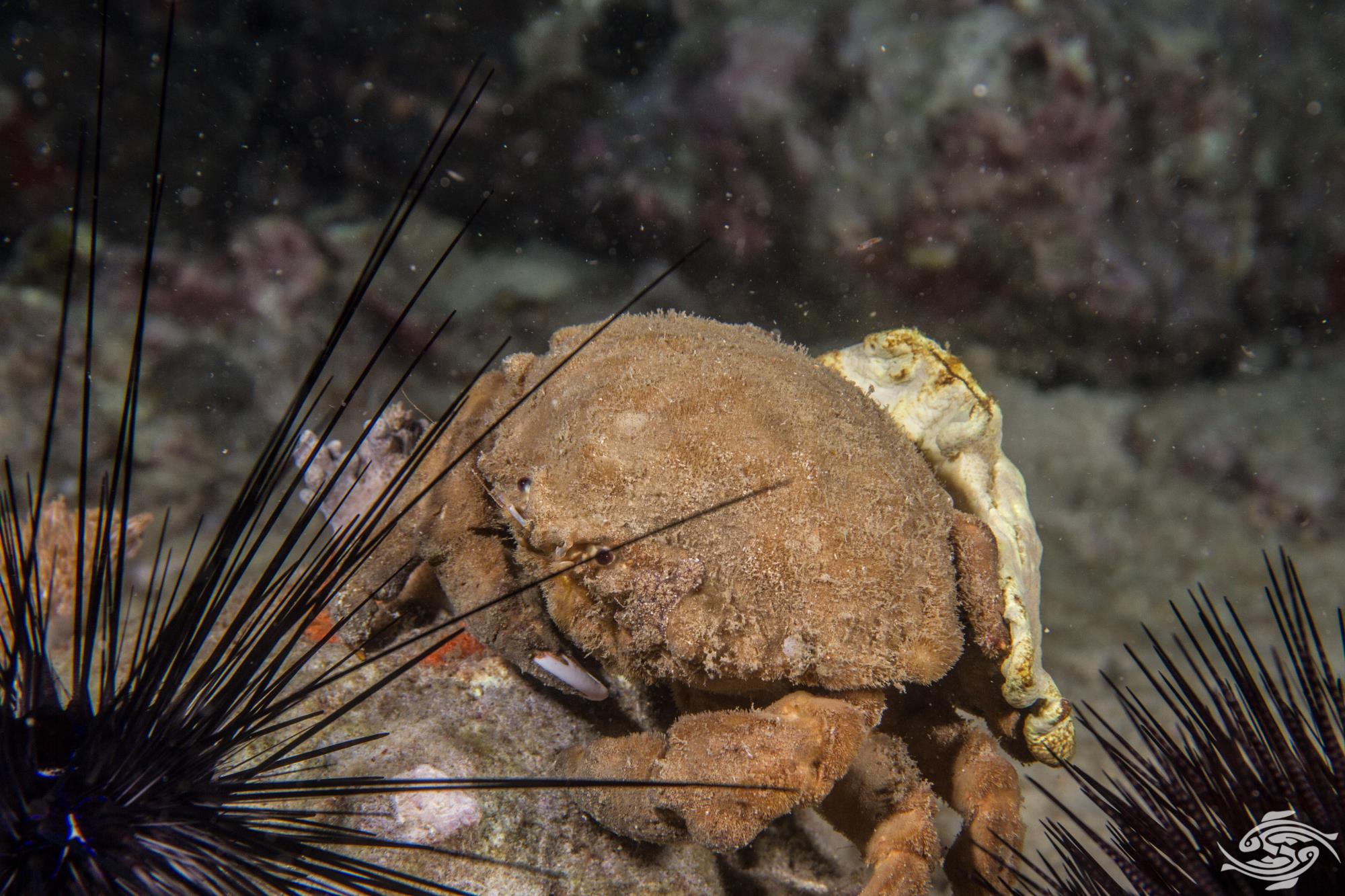 Decorator crabs feed on a wide variety of foods ranging from other crustaceans to mollusks and other benthic organisms. 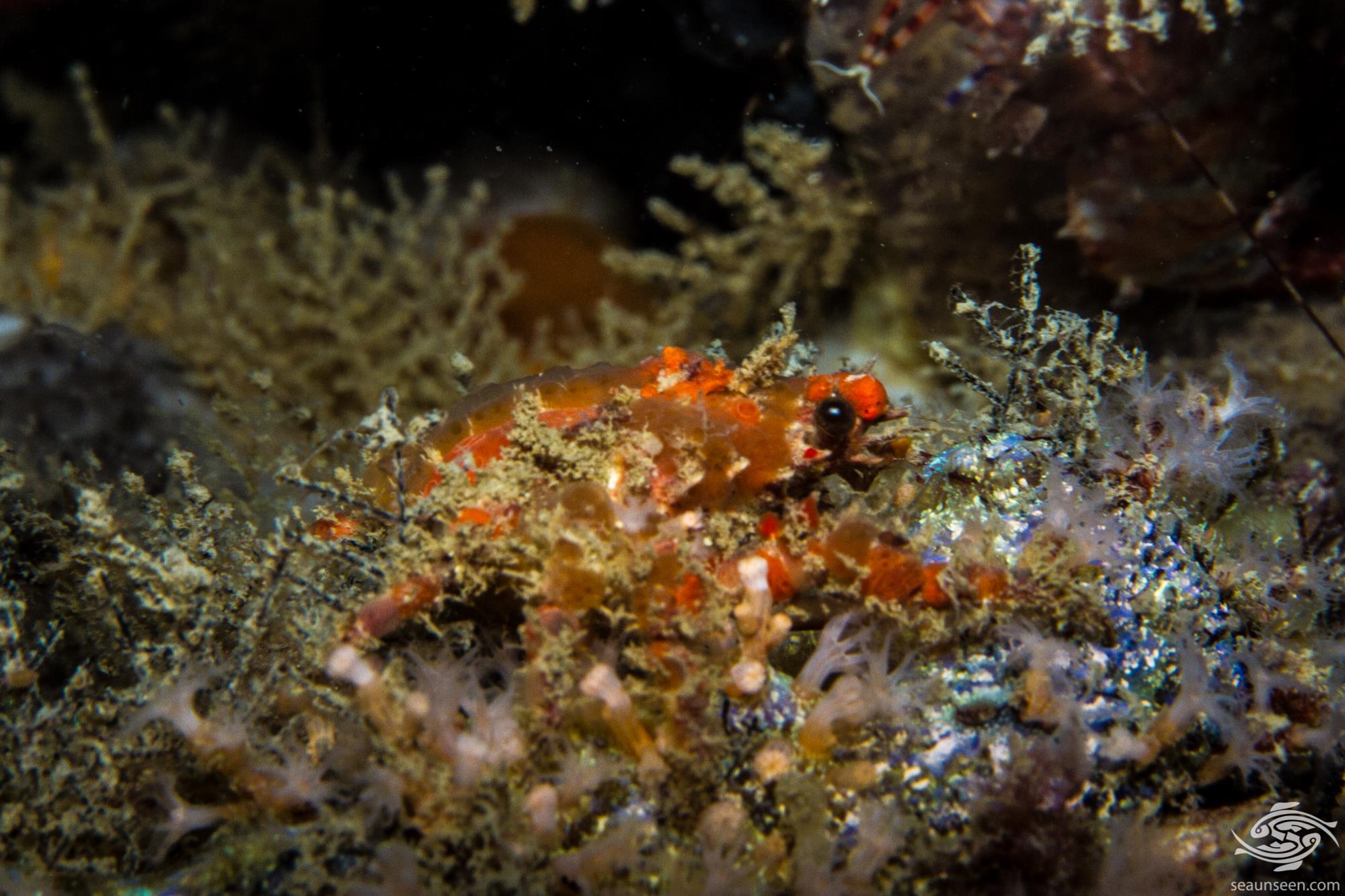 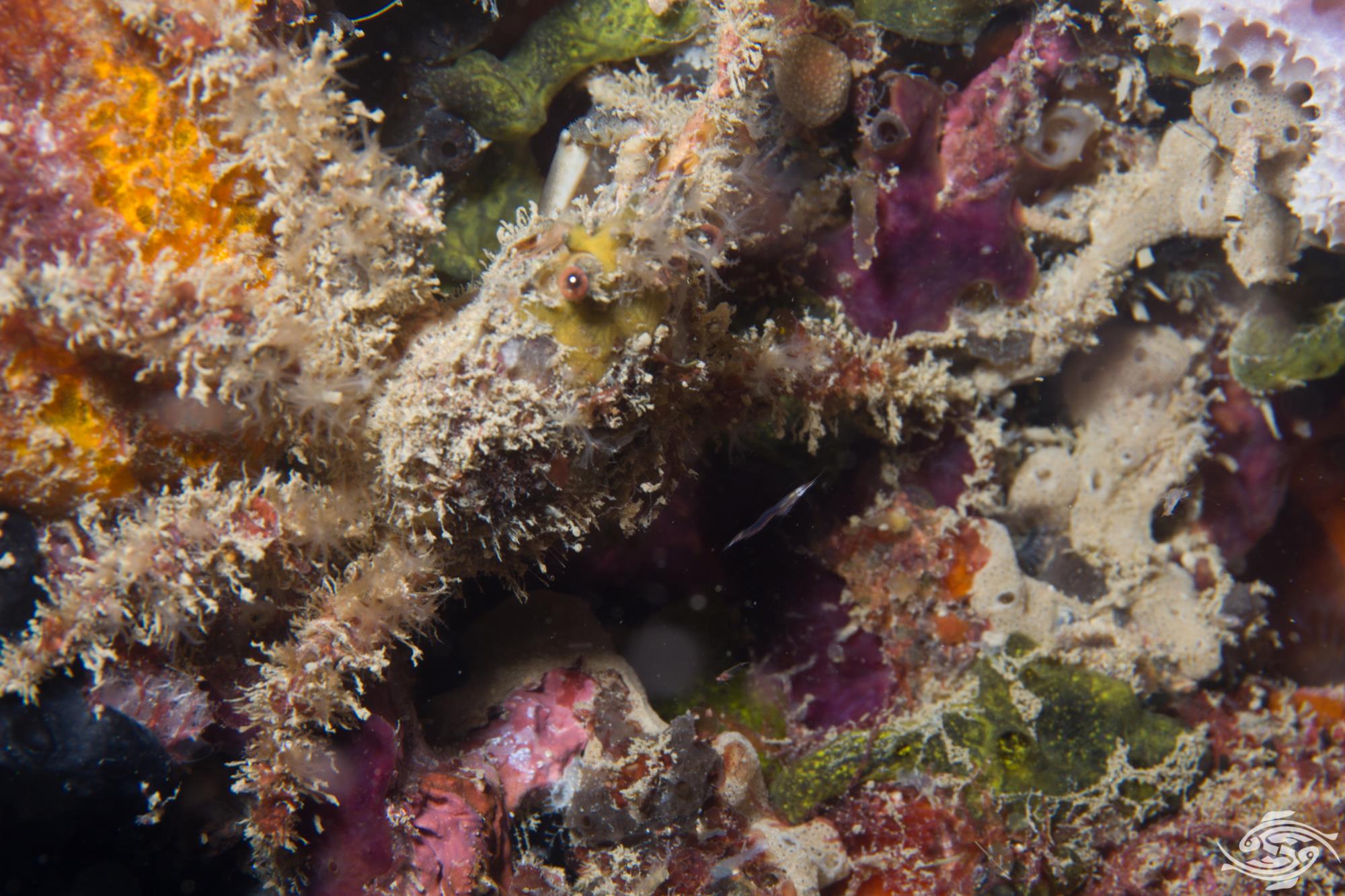 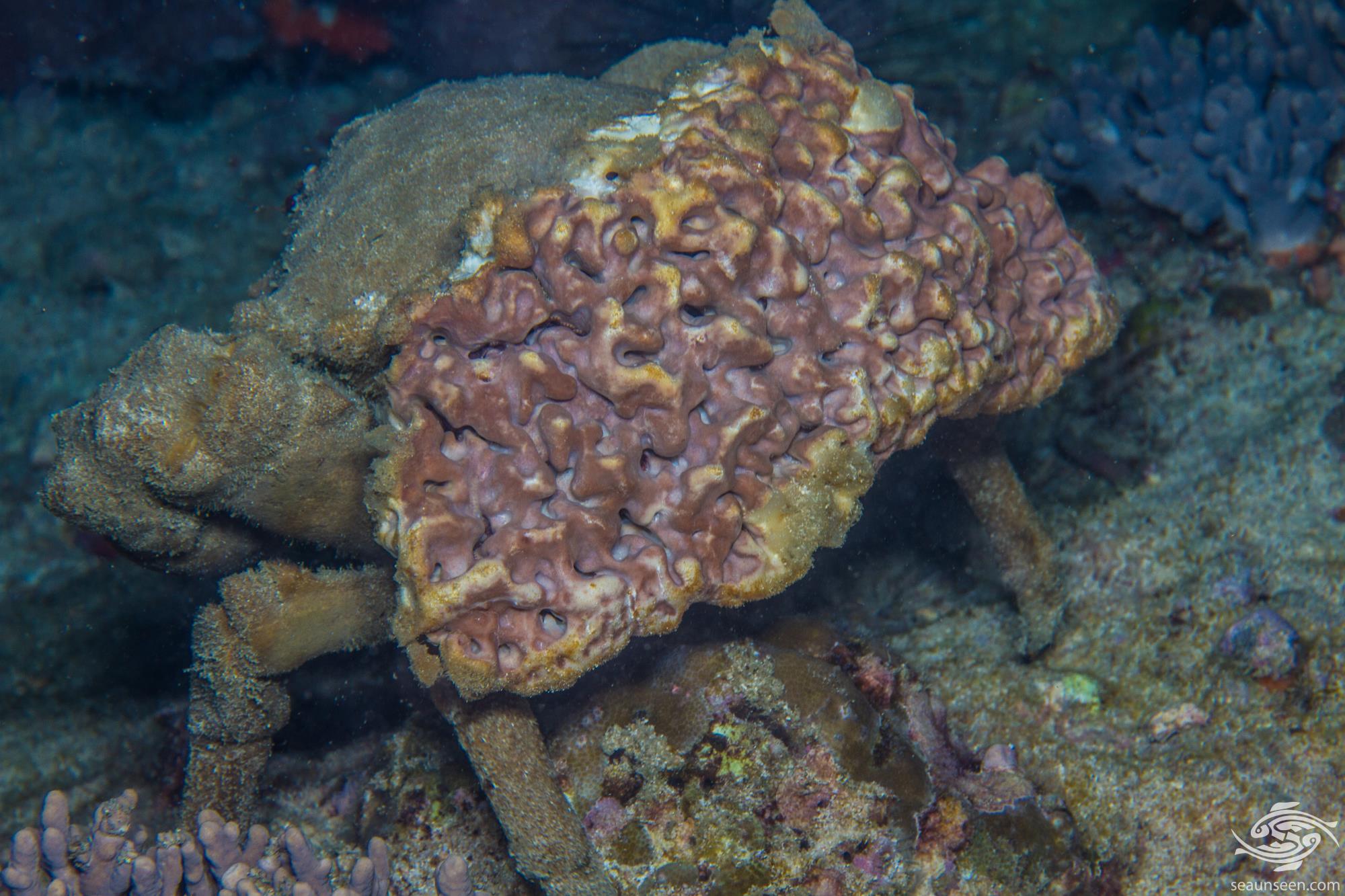